While wandering about Durham a few days ago I spotted the street below. 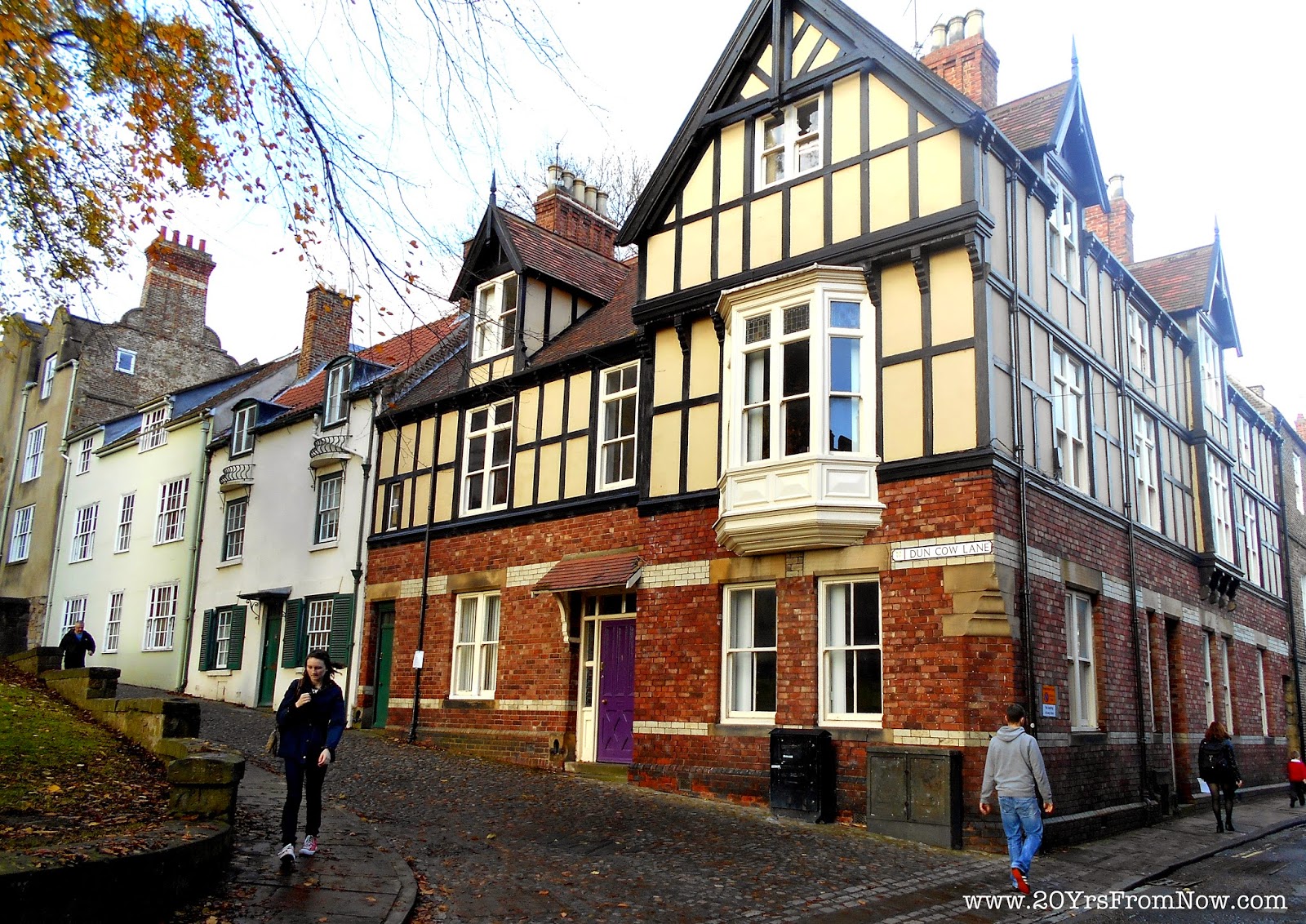 Named Dun Cow Lane I had zero idea what it referred to, but it caught my eye (and fancy) and I felt compelled to capture it in a photo. 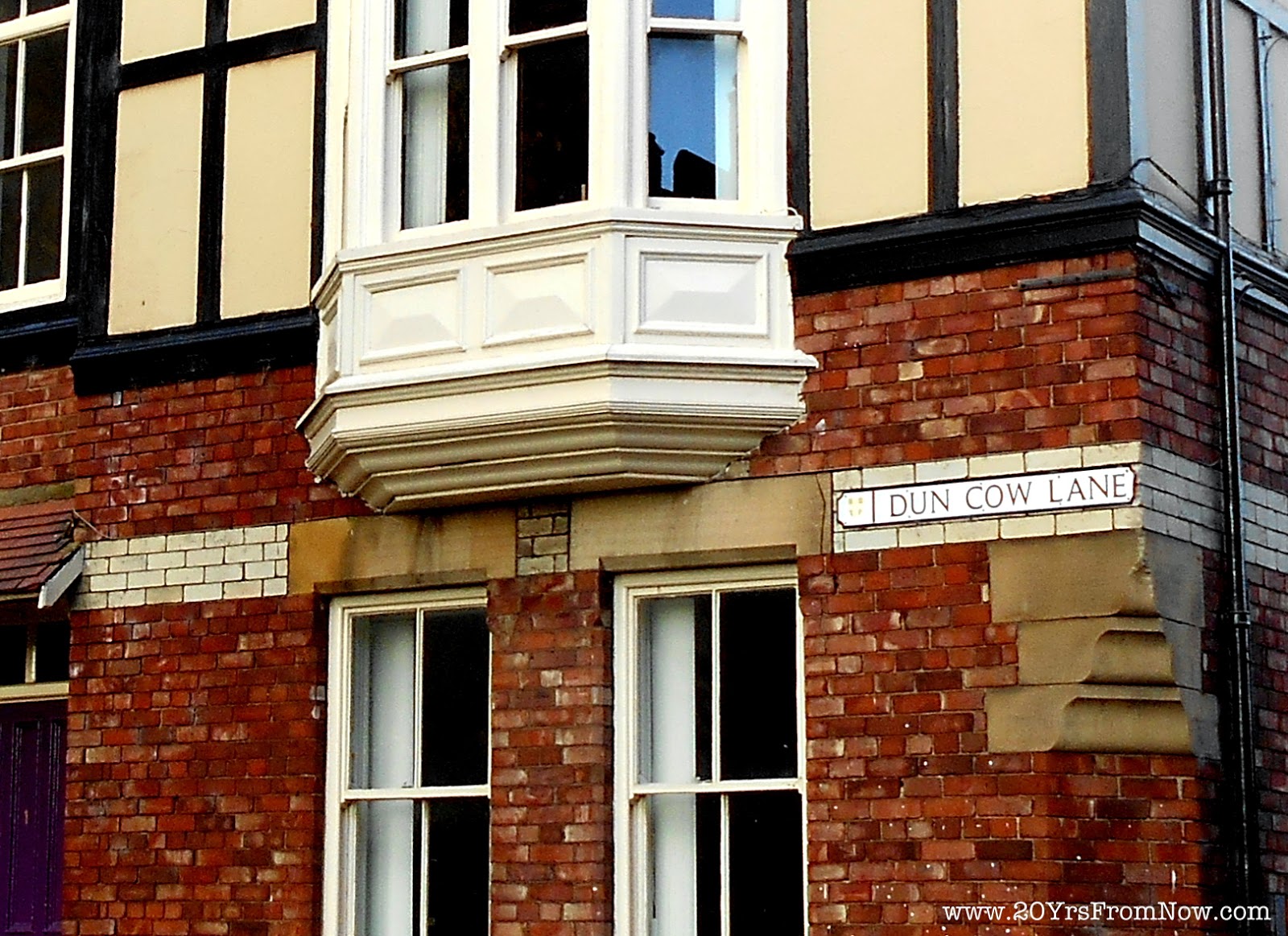 Fast forward to today and happenchance (okay, Google) offered an explanation of the rather unusual street name. Legend has it that Dun Cow Lane may be key to the beginnings of Durham Cathedral, but before I share that story a brief history lesson is in order.

Did I hear you groan? Relax and bear with me. History bored me to tears in school. It was all about who killed whom for power and money and frankly I didn't give a rat's @ss. I suppose that explains why I barely passed, but when one is here in the UK history is literally around every street corner. I love it! Anyway, I promise this history lesson will be fast, relatively painless and (me being me) a little skewed. ;)

Anyway, the story starts not in Durham but on Lindisfarne Island. John and I recently caught sight of the 16th century castle atop the island from the train while travelling from London to Edinburgh, but it was home to a monastery (635 AD) long before the castle was ever built.

The Irish monks were the shining lights of the Dark Ages. They set up the first known school in the area and became known for their impressive skill in Christian art. The Lindisfarne Gospels are the most beautiful surviving example of their endeavours. Way back when in university I studied the intricate details of this 7th century medieval manuscript and am still in awe of it today. When we visited the British Library five years ago I was determined to see the original with my own eyes. Once was not enough. I went back for a second look just a few weeks ago when we were in London, and if the opportunity arises I guarantee I'll make seeing the Lindisfarne Gospels a hat trick.

Nowadays it's a given that in any monastery there's gold and other treasures for the taking. That's what lured the Vikings to Lindisfarne. In their eyes it was probably like taking candy from a baby...no trained warriors, no defences, few if any weapons to speak of, and only a few feeble monks to impede their advances. Like I said - easy pickings.

The Vikings attacked Lindisfarne in 793 AD and by 875 the monks realized they were woefully outnumbered. They gathered their treasures (including the remains of their revered Bishop, St. Cuthbert) and headed inland. For seven long years they wandered aimlessly around northern England, searching for a suitable place to begin anew.

This is where the legend gets really interesting.

Apparently the cart with St. Cuthbert's remains suddenly stopped one day and could not be moved. The leader, Bishop Aldhun, had a vision of St. Cuthbert demanding they take him to Dunholme, but no one knew where exactly that was. As the monks and Aldhun scratched their heads and pondered what to do next, a cow girl passed by and was overheard to ask another young woman if she'd seen a dun (brown) cow. The woman replied she'd seen it heading to Dunholme and pointed out the way. The monks considered this to be a sign from above and surprise, surprise, St. Cuthbert' cart was miraculously mobile without any intervention on their part. With the cart in tow the monks followed the cow girl to Dunholme which we know as modern day Durham. They built the Cathedral and buried St. Cuthbert's remains, seen here in his shrine. 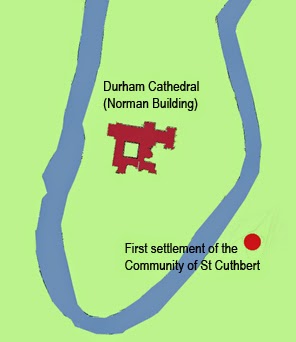 What's even more amazing (at least it is to me!) is that on our way back to Fern Cottage today from the Botanic Garden we stopped to admire tthe Anglo-Saxon St. Oswald's Church. We had no idea of its significance in this story.

Apparently St. Oswald's Church is the original site where the community of St. Cuthbert settled when they first arrived in Durham. It seems logical given the difficulty of crossing the Wear River and the steep inclines of the rocky island. 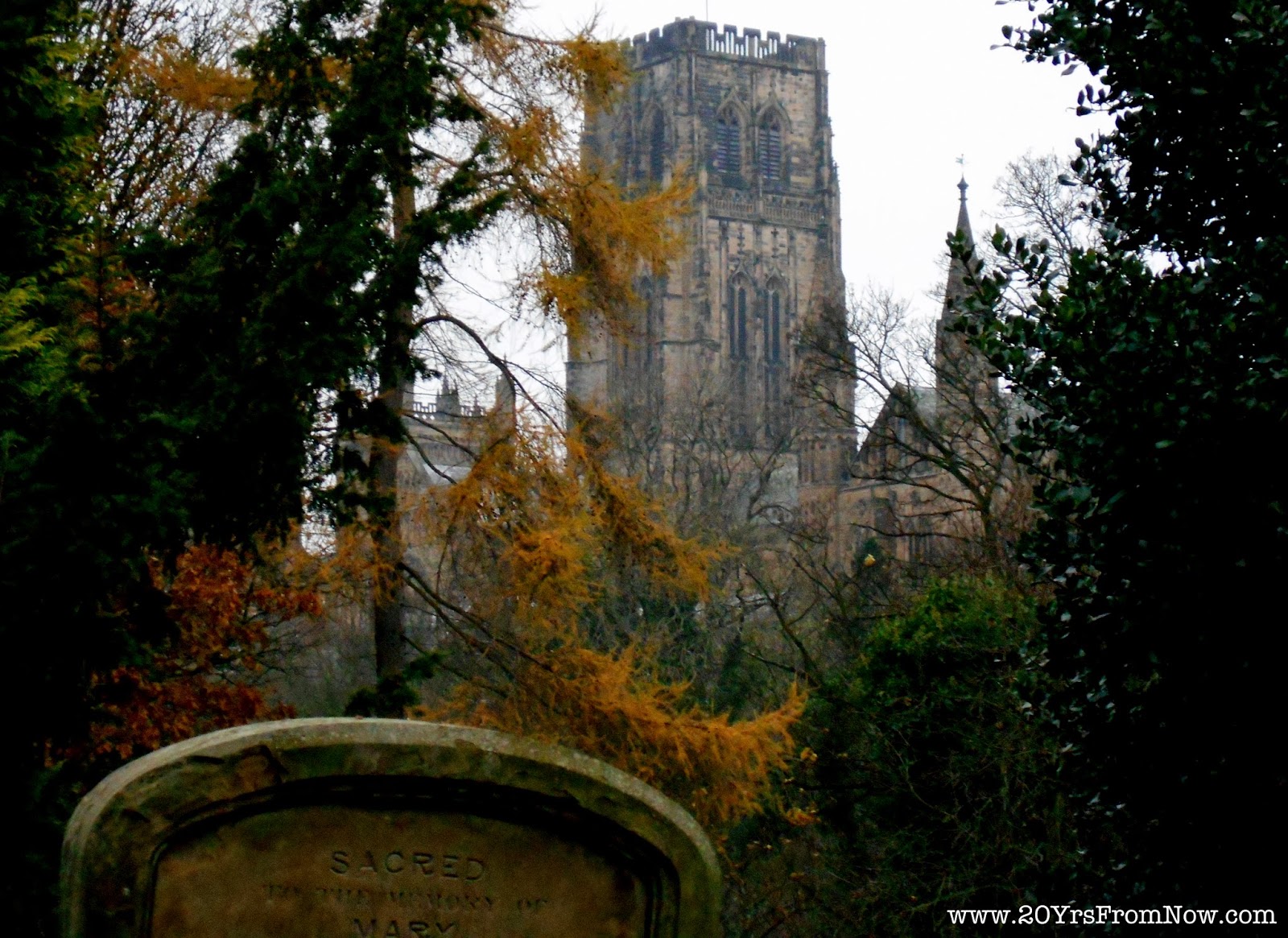 The view of the Cathedral from the church grounds are gorgeous...and now we all know the significance of Dun (Brown) Cow Lane. I just wish my teachers had told me stuff like this when I was a student. I might actually have paid attention!