Glasgow Cathedral was built in 1136 and has been a place of worship for more than 800 years. It is the burial ground of St. Kentigern, more commonly known as St. Mungo (Dear Friend), who is the patron saint of Glasgow. 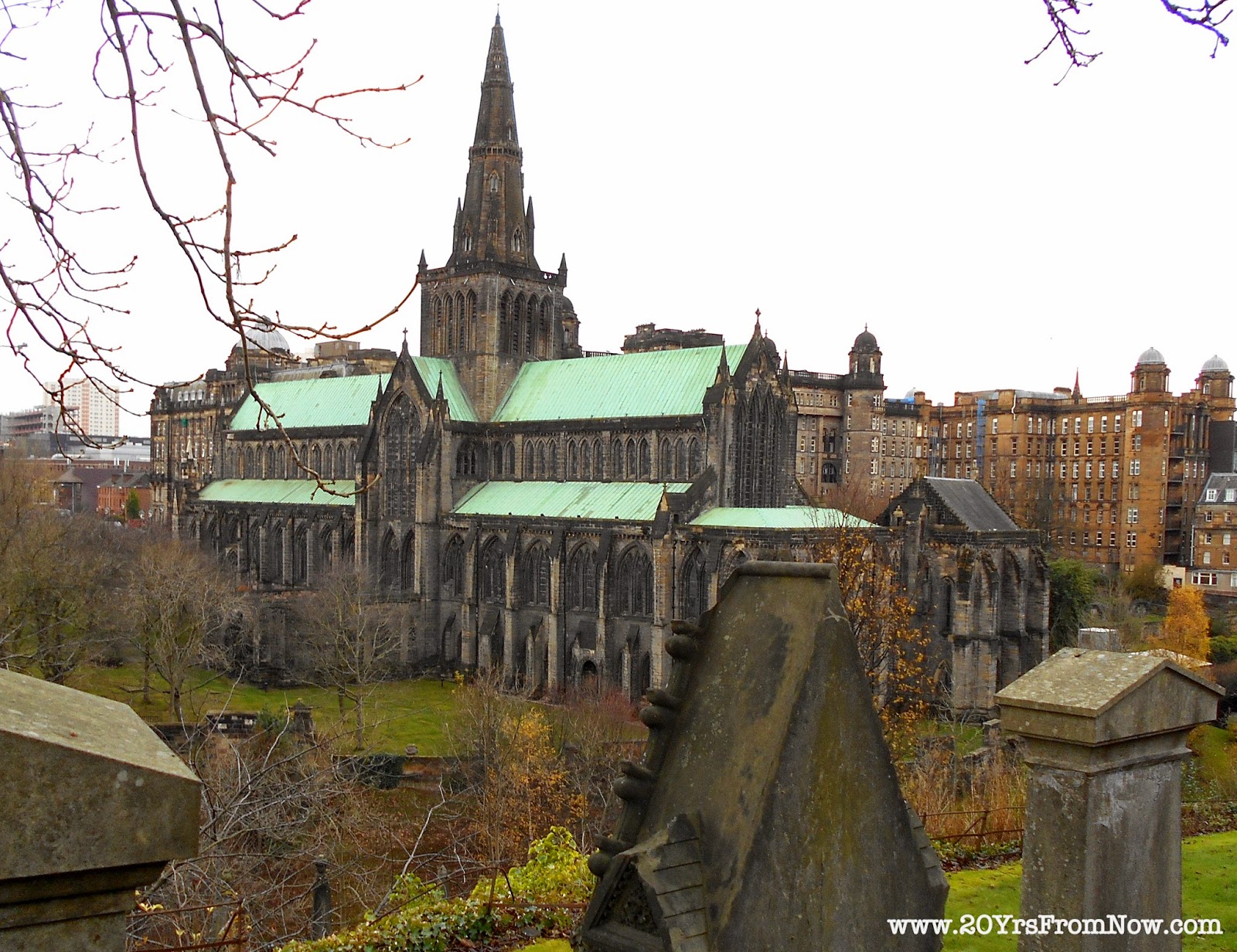 The photo above was taken from the Necropolis (a large ancient cemetery with elaborate tomb monuments) although Glasgow's Necropolis is not actually all that ancient. It dates back to Victorian times and began as a place to honour local citizens and merchants. Located to the right and back of the Cathedral, the bridge over a busy highway still manages to convey a rural and serene setting. 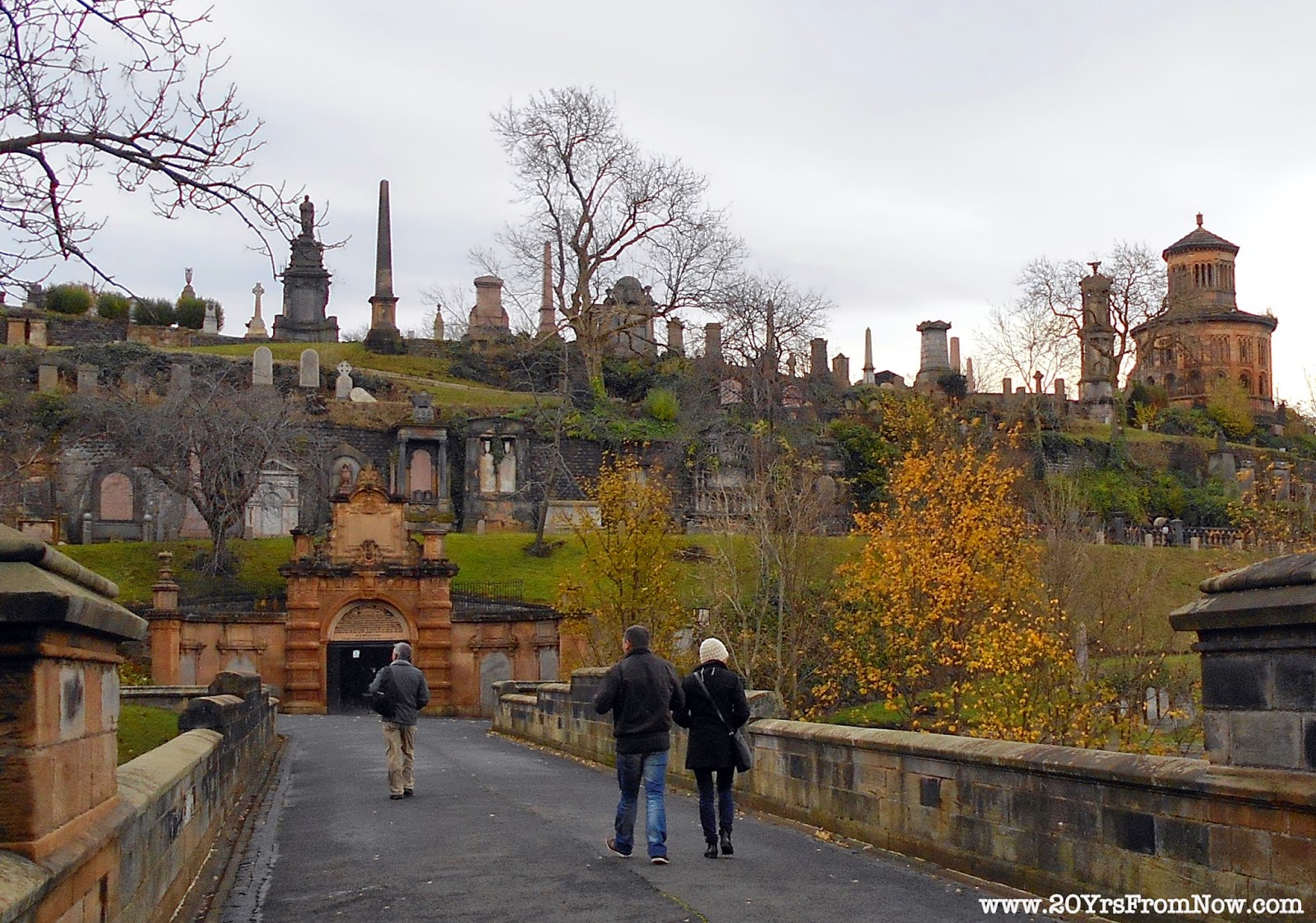 We thought perhaps we might be the only people there, but we were wrong. Even on an overcast morning there were people strolling about or going for a morning jog. 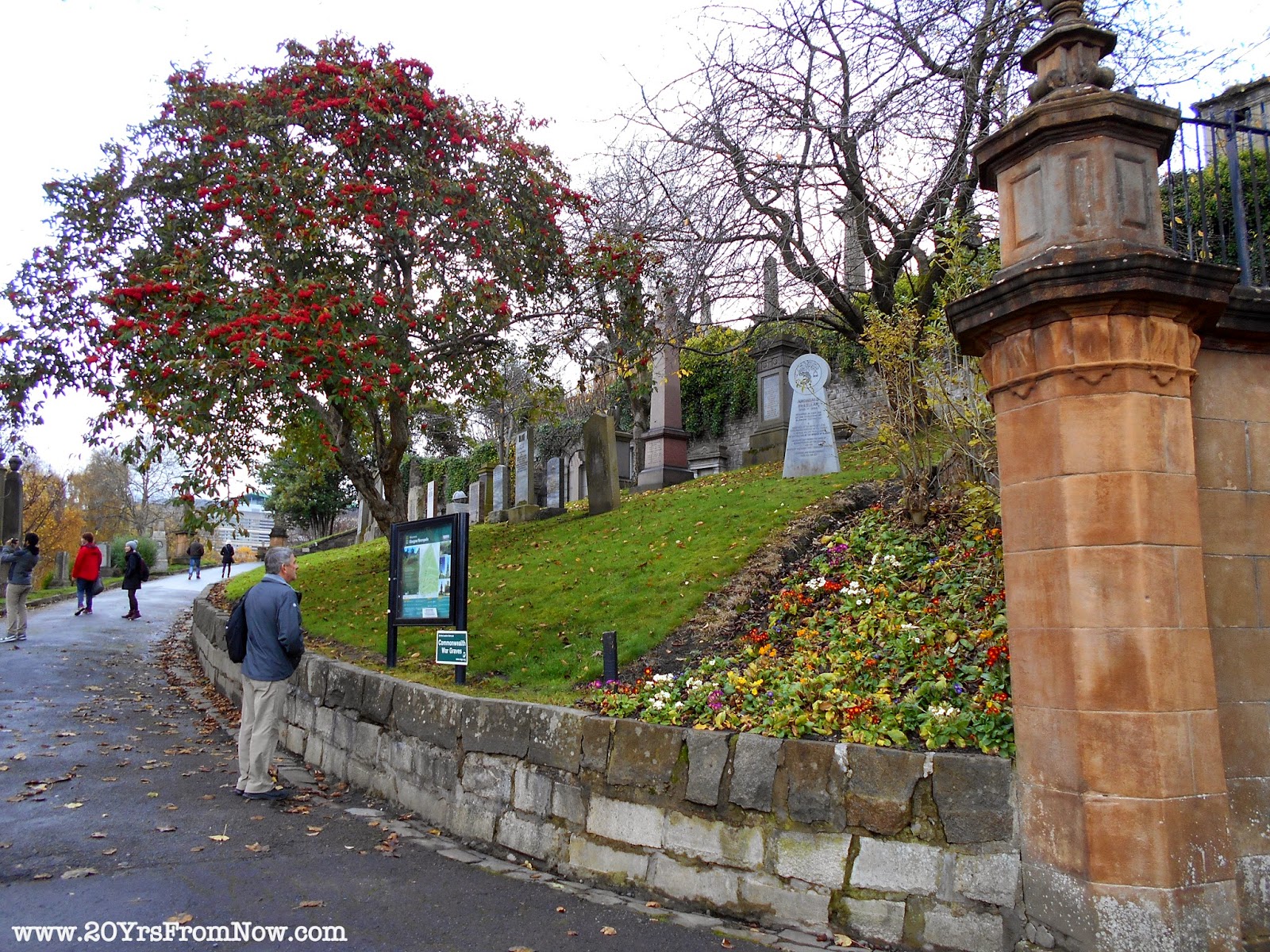 We soon realized that is not all at surprising given the spectacular views the Necropolis offers of the city. 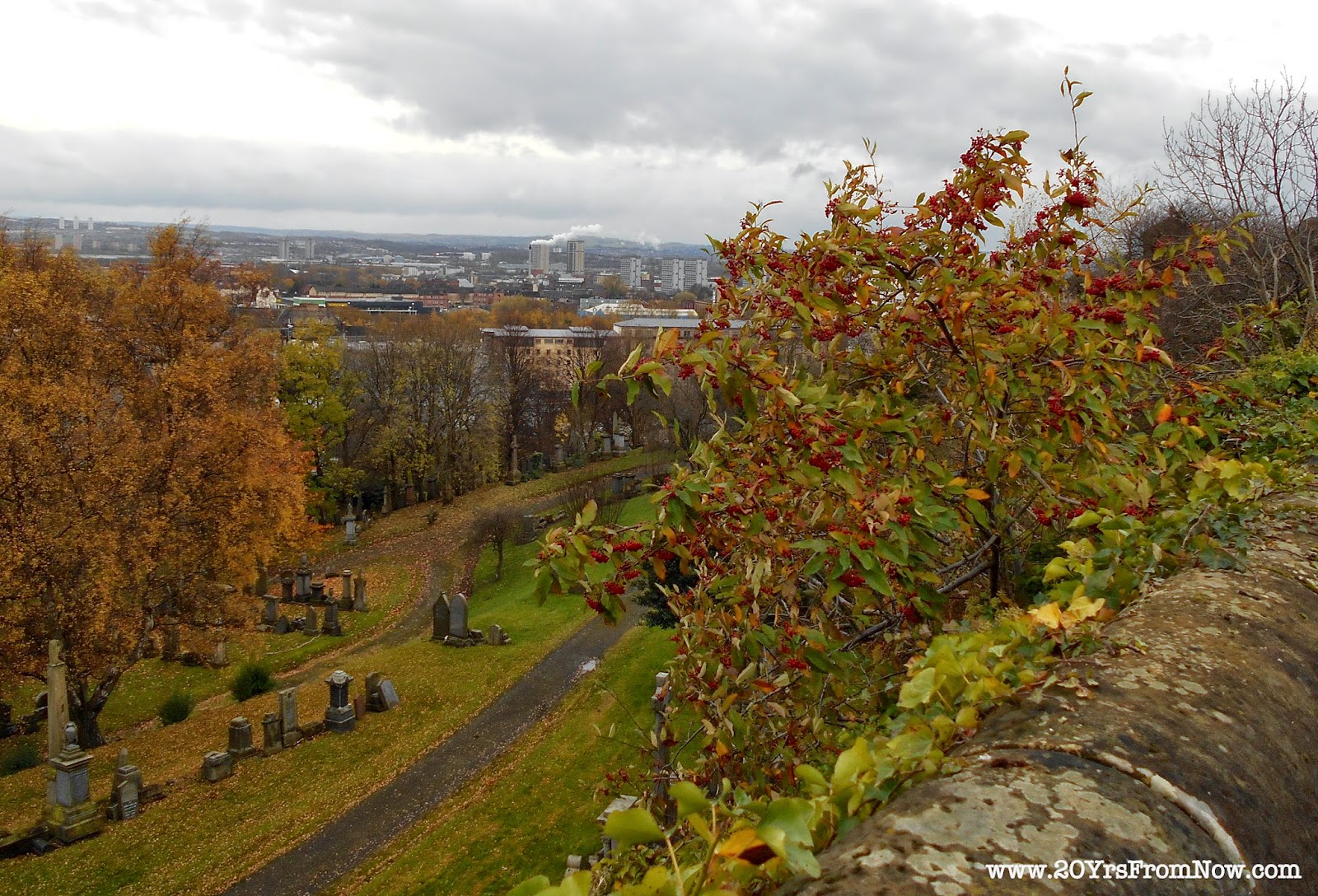 This being Scotland its a given that many of its revered writers would be buried here. Author William Miller, of Wee Willie Winkie fame, is just one. 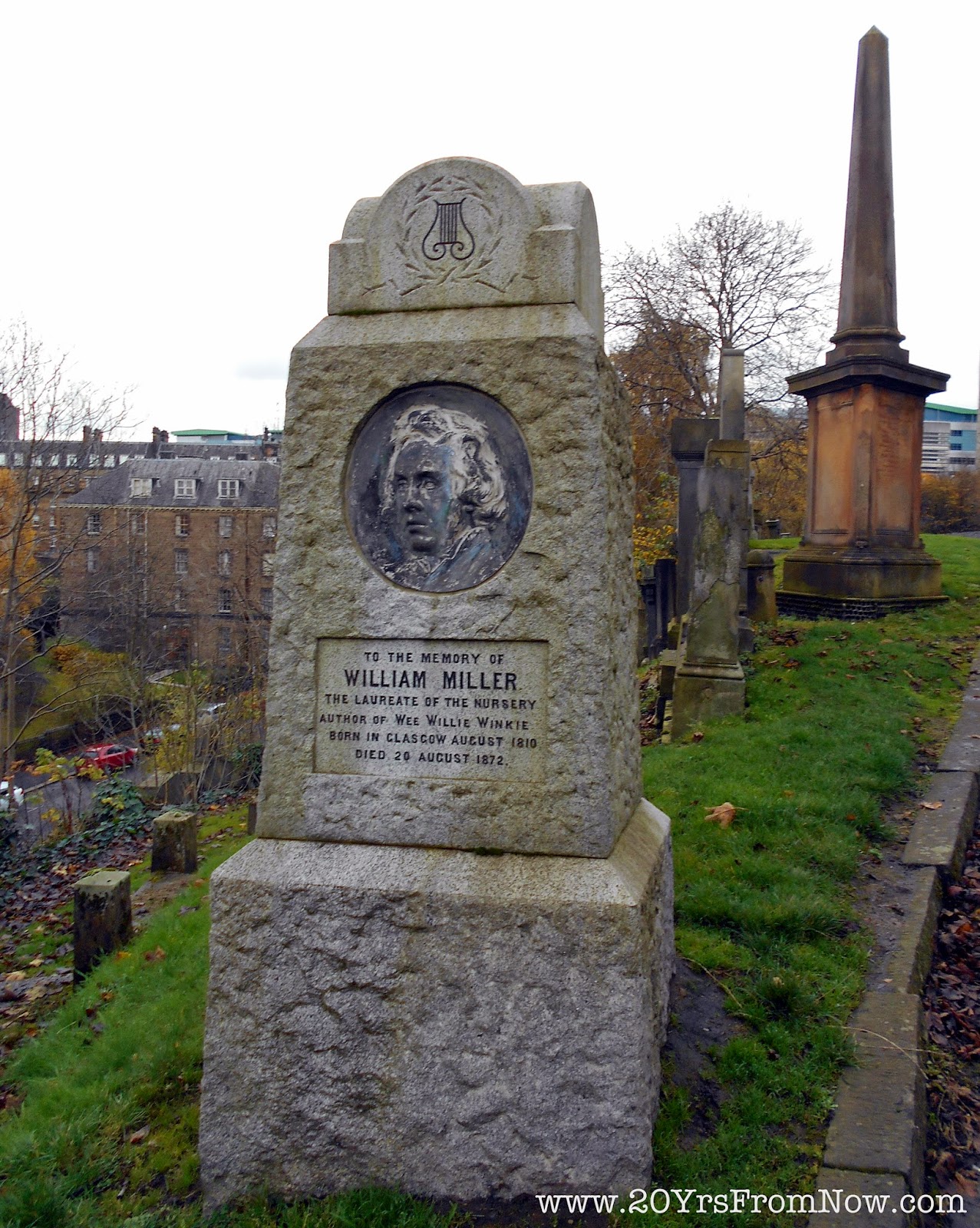 The acreage of the Necropolis is mind boggling as it the size of some of the tombs on the hilltop site. 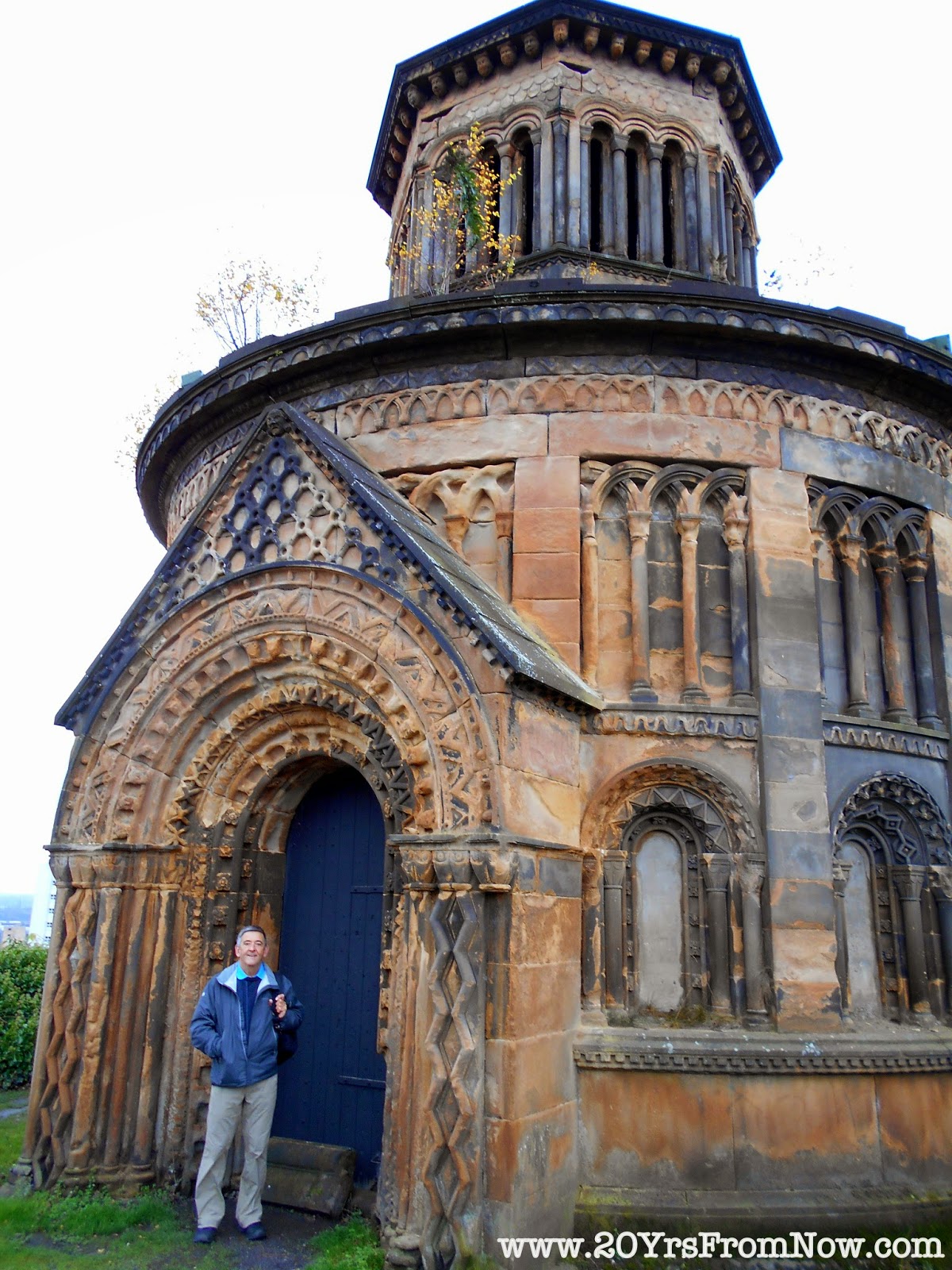 I spotted a number of Celtic Crosses and being a former art student could not help but be impressed by these amazing designs. 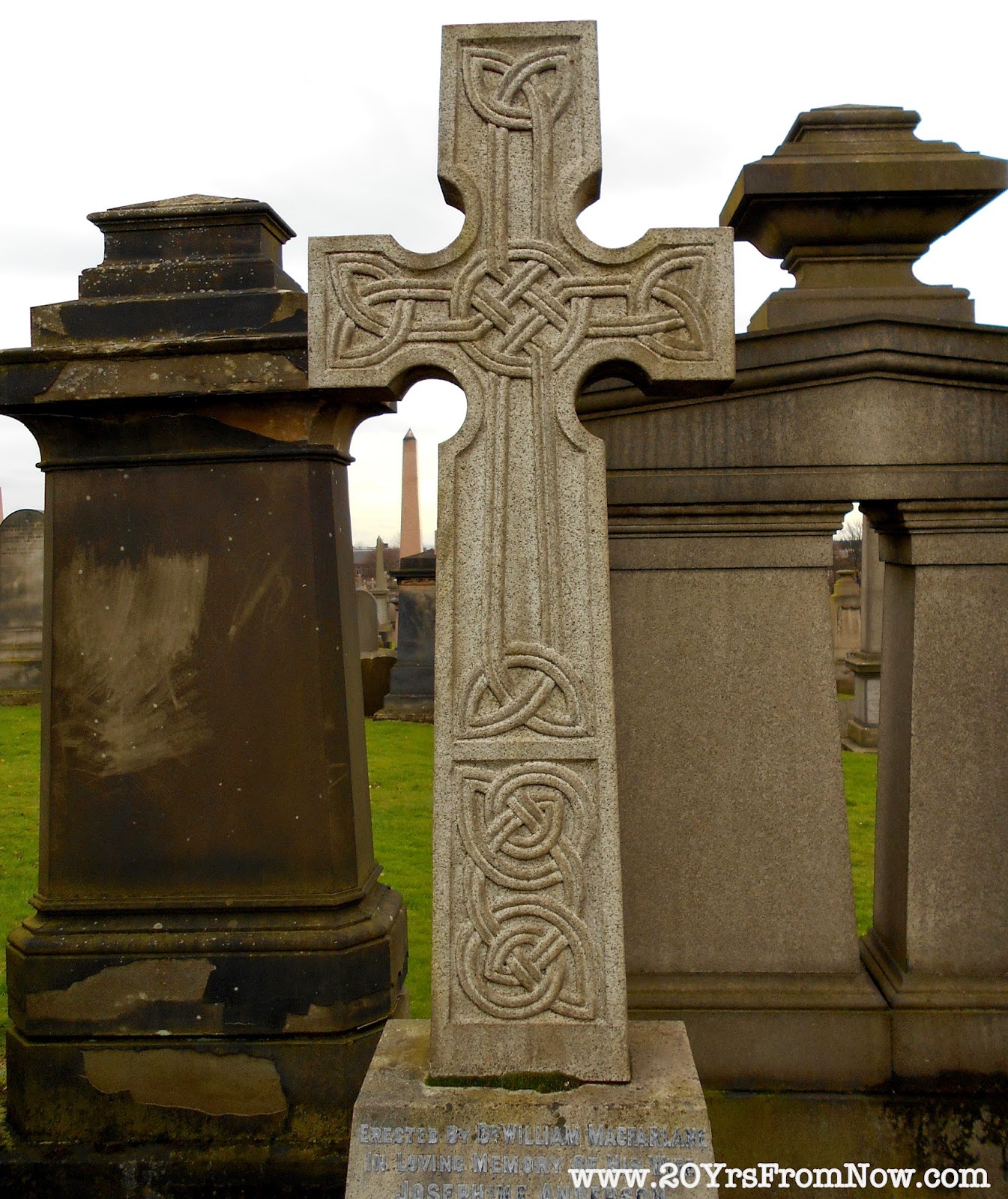 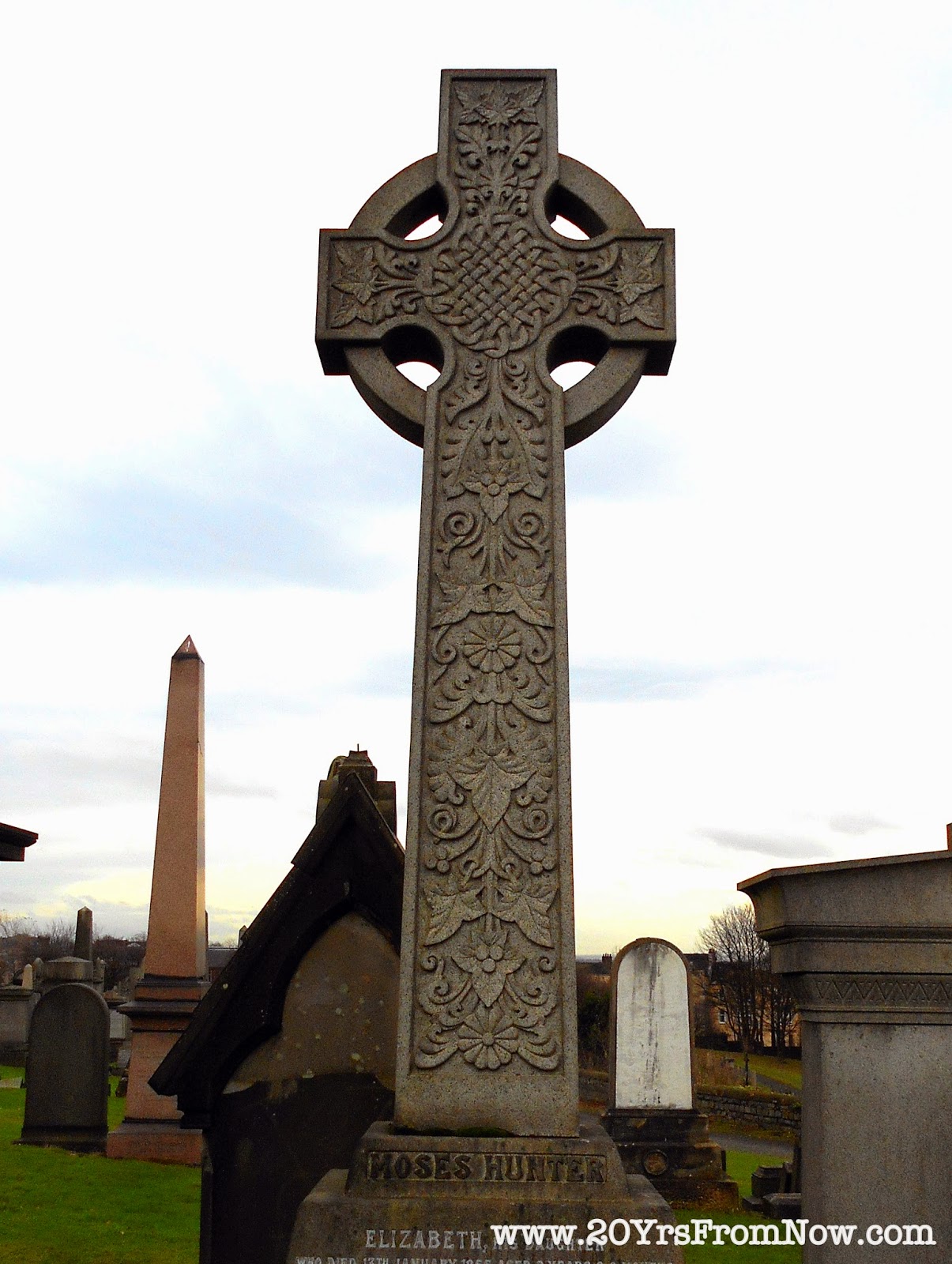 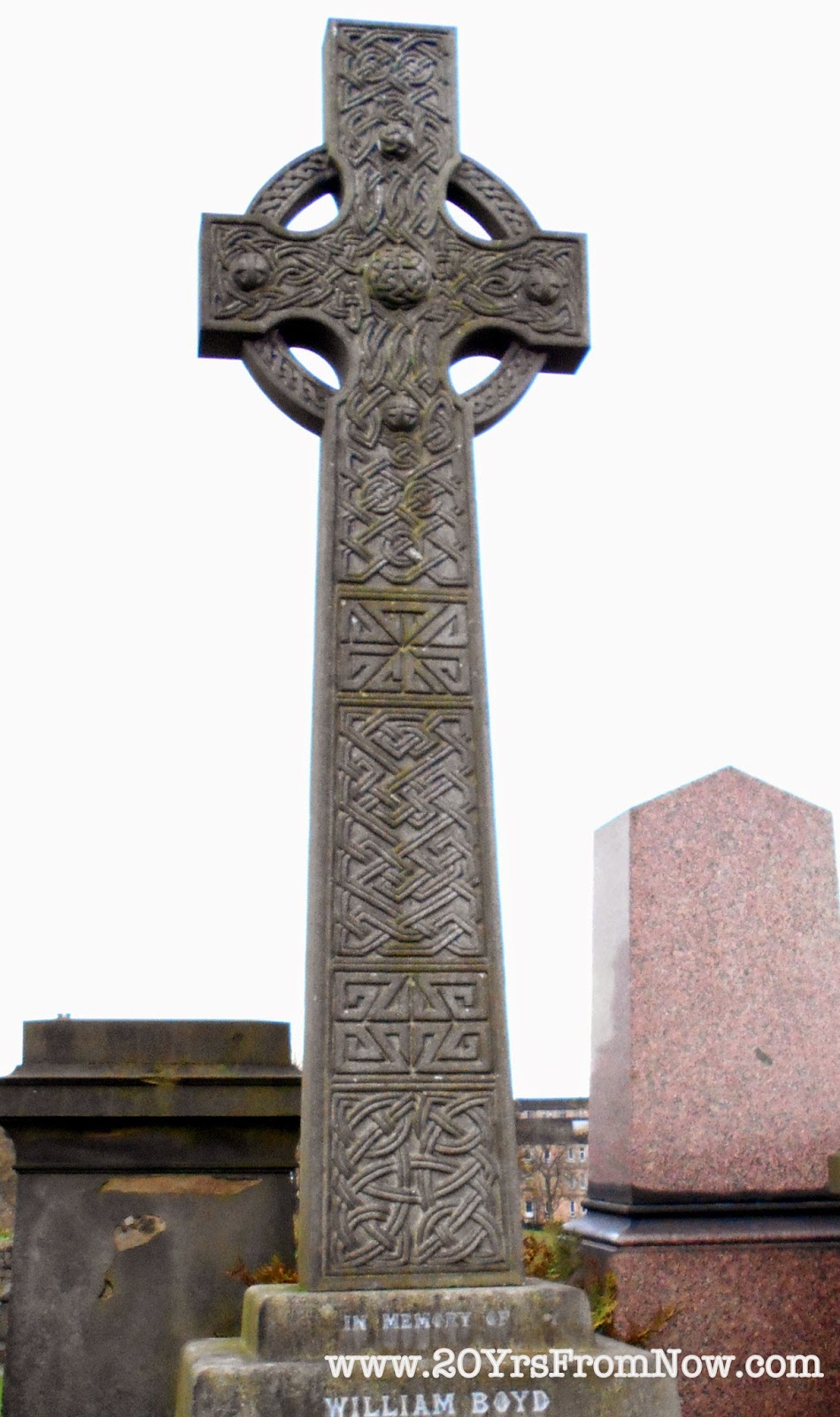 After wandering about for the better part of an hour we headed back down to the cathedral. 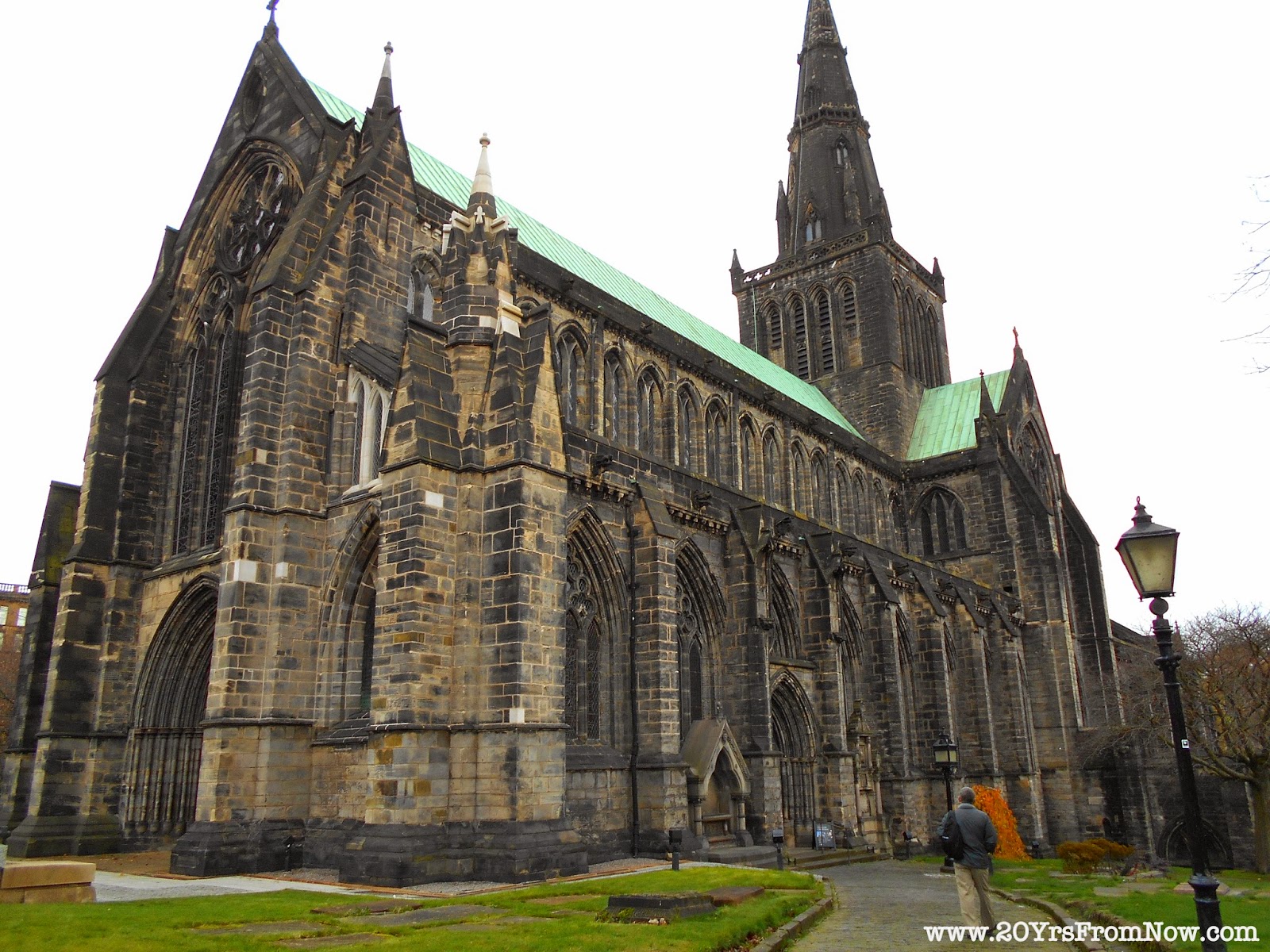 The first thing I noticed (and very much appreciated) upon stepping inside the interior was the lack of pews. This added to the sense of space as well and is more conducive to the original layout of cathedrals in centuries past. 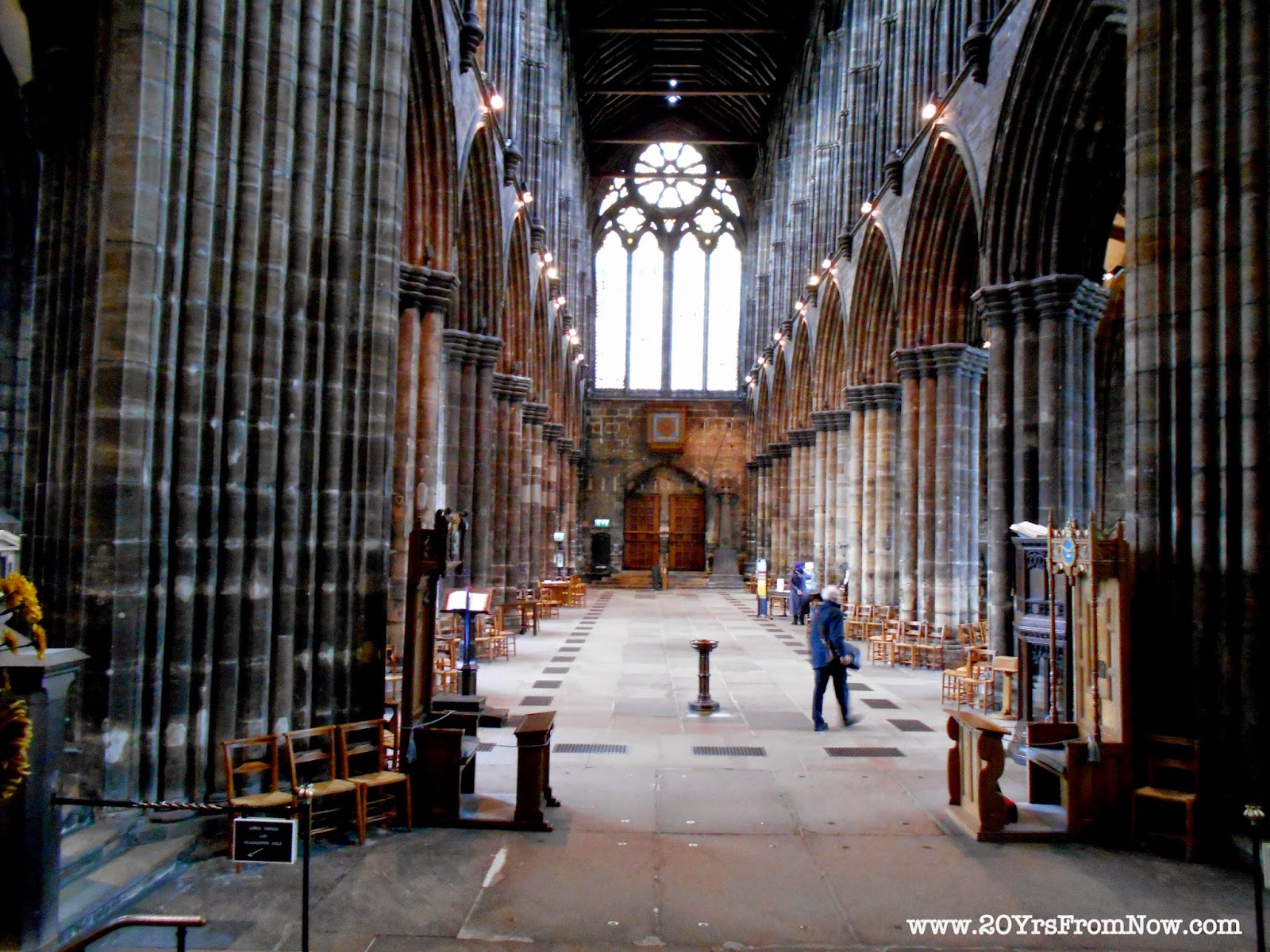 That's not to say there were not any pews. They were directly behind where the above photo was taken from, and closer to the alter. 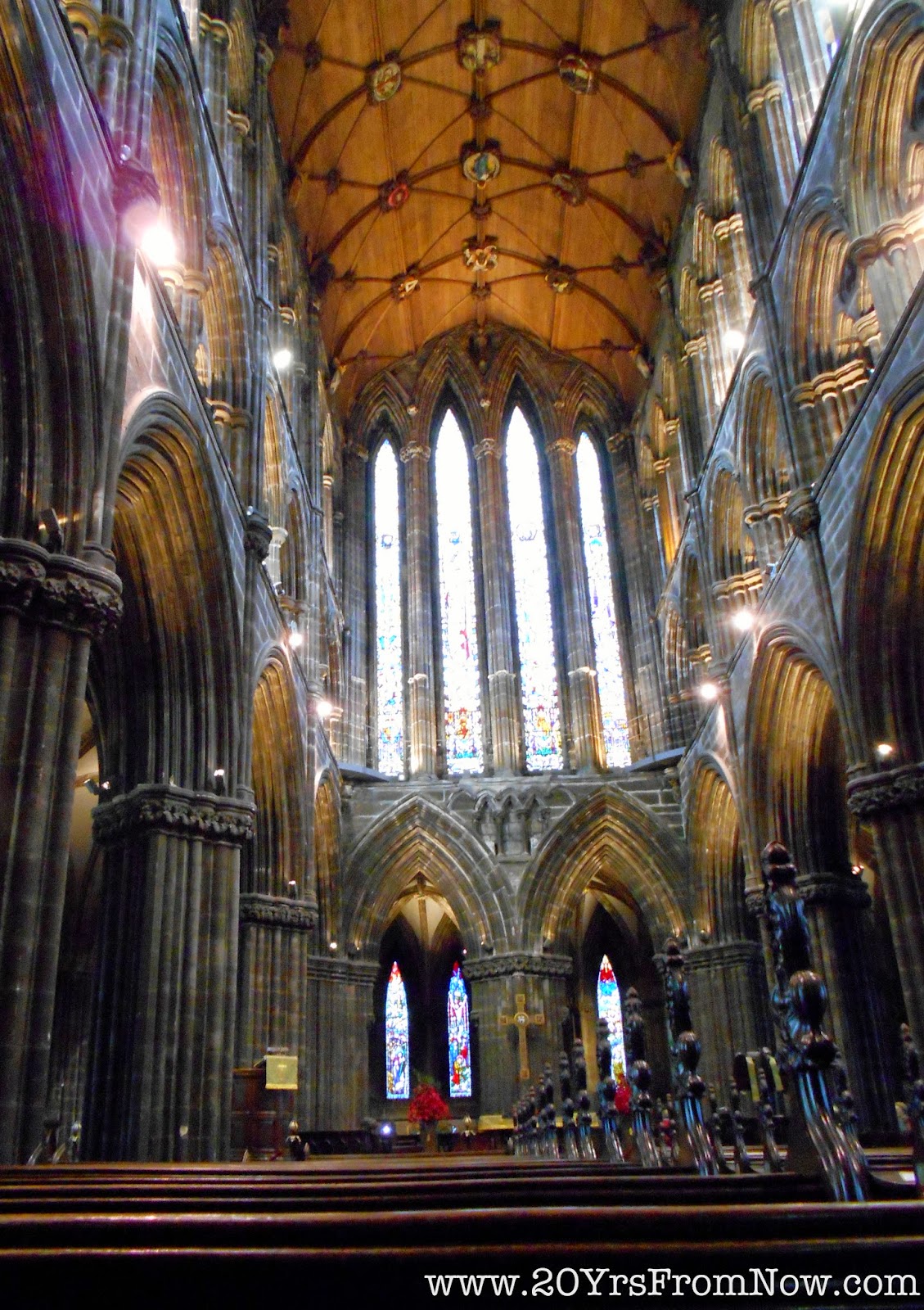 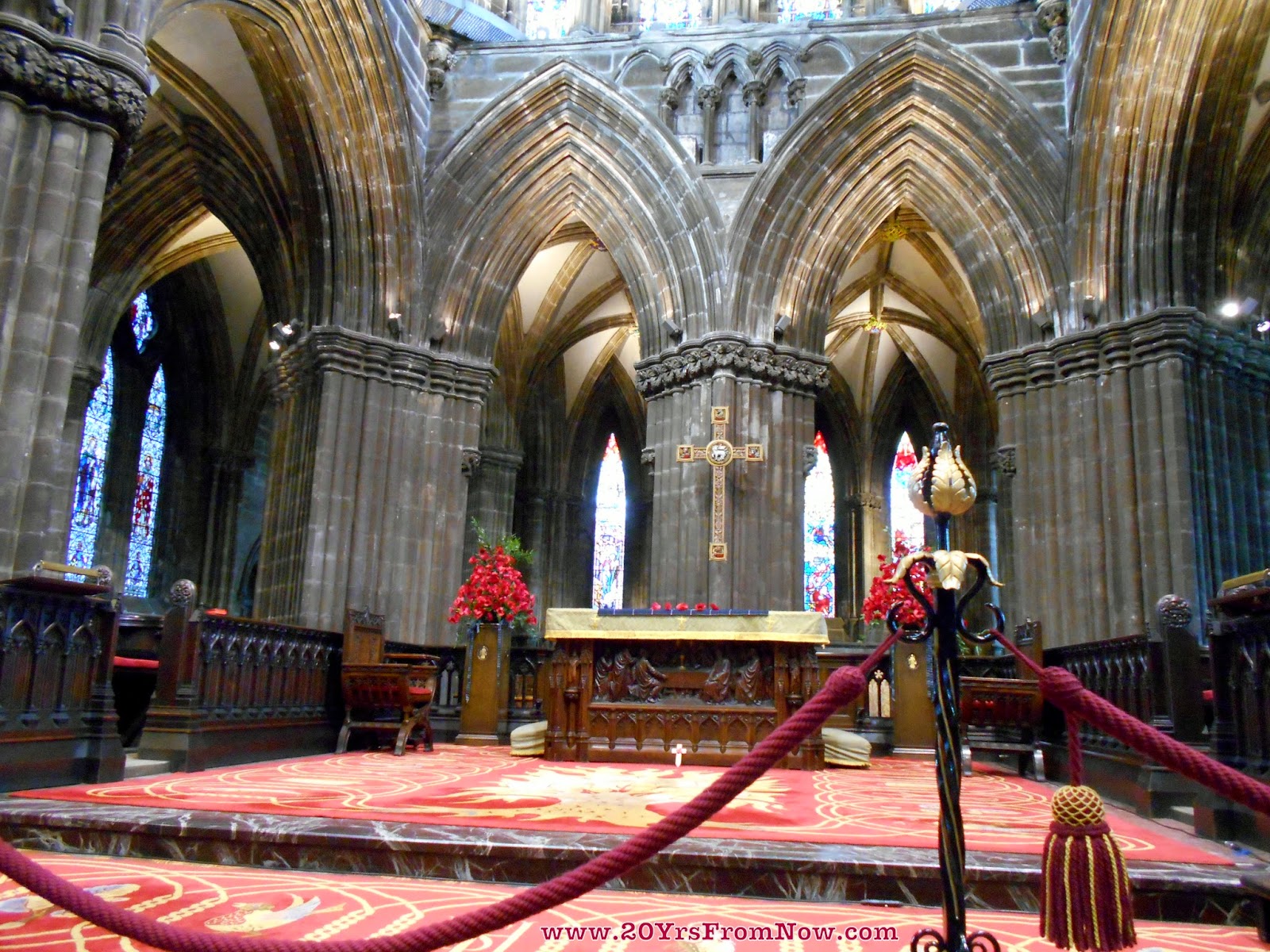 Directly across from the cathedral is the St. Mungo Museum of Religious Life and Art. Its determination to present all religions as being equal as well with the constant theme of each exhibit stressing the importance of religious tolerance was refreshing. Following that directive the design of the building includes the first zen garden built in the UK (seen below). 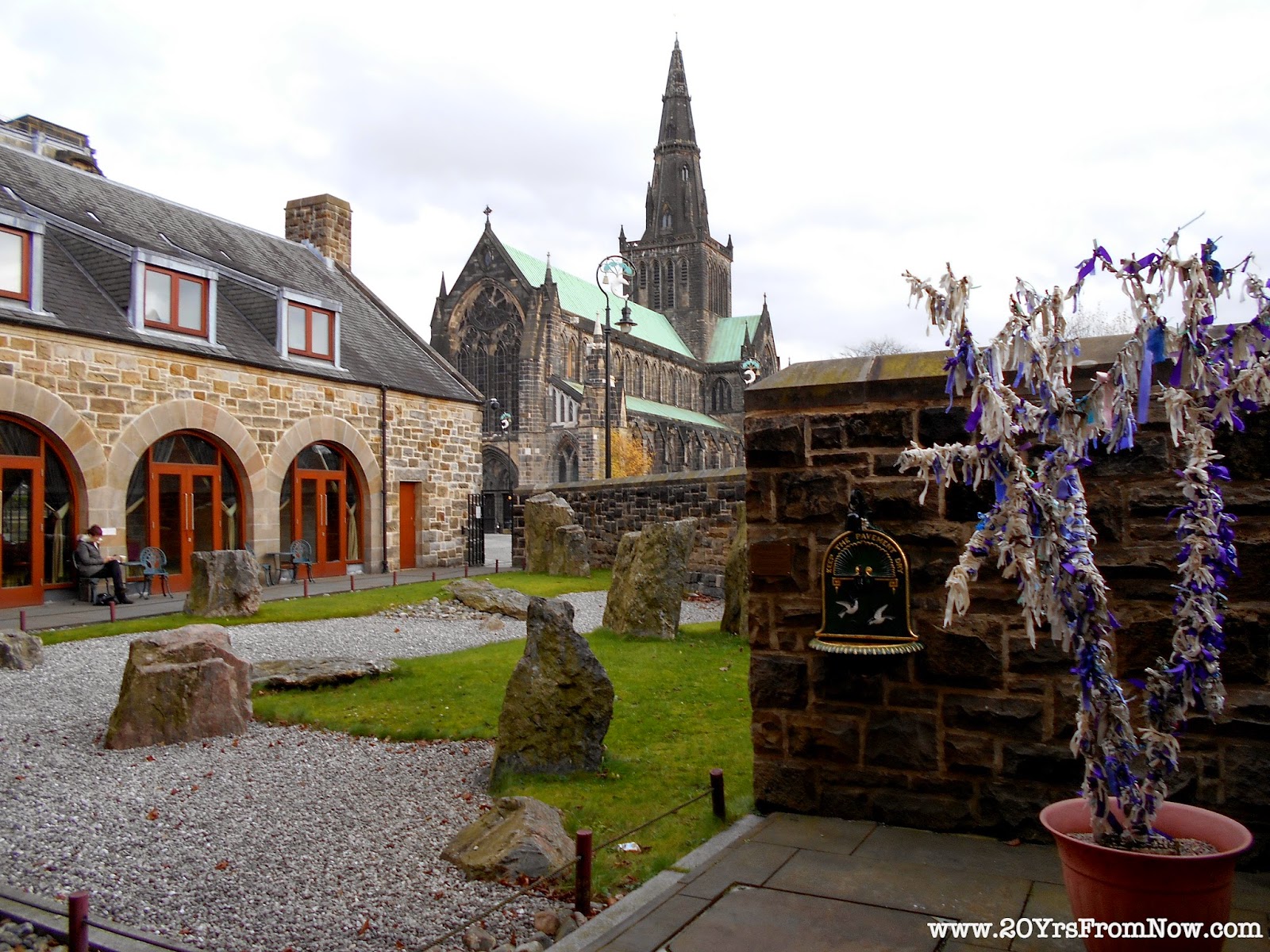 Of course the day wasn't all history, architecture and cemeteries. We stopped for lunch in the cafe and besides enjoying a spectacular view we topped it off with tea and spice cake. I think Glaswegians have the right idea about enjoying the moment! 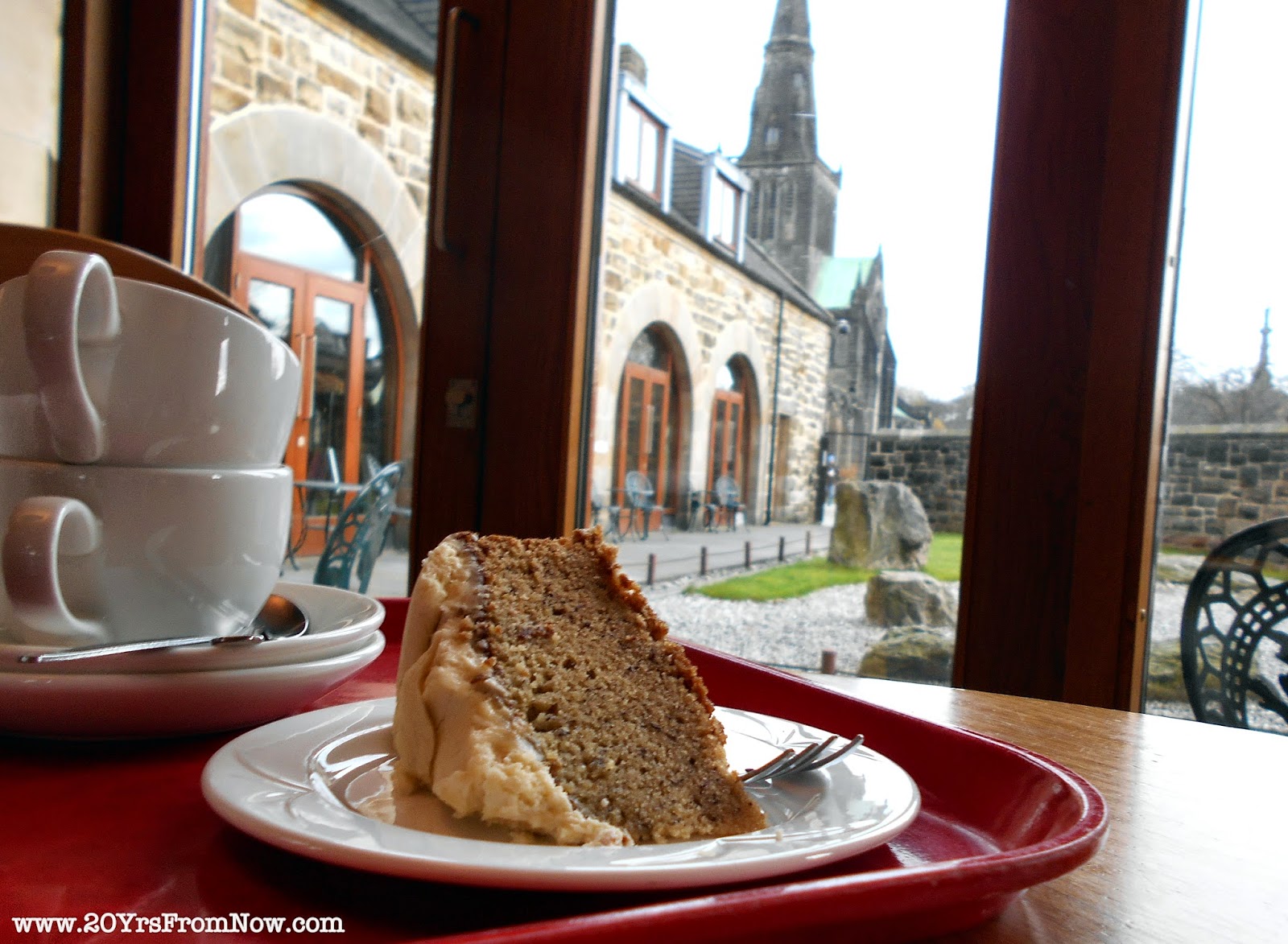