Travel by train in the UK is easy, affordable and best of all stress free. We literally walked across Euston Street from our Airbnb flat to the Kings Cross station and bordered the East Coast passenger train that would take us to Edinburgh's Waverley Station. It seemed mere minutes before we'd left the hustling and bustling city of London behind for peaceful, serene farmland. 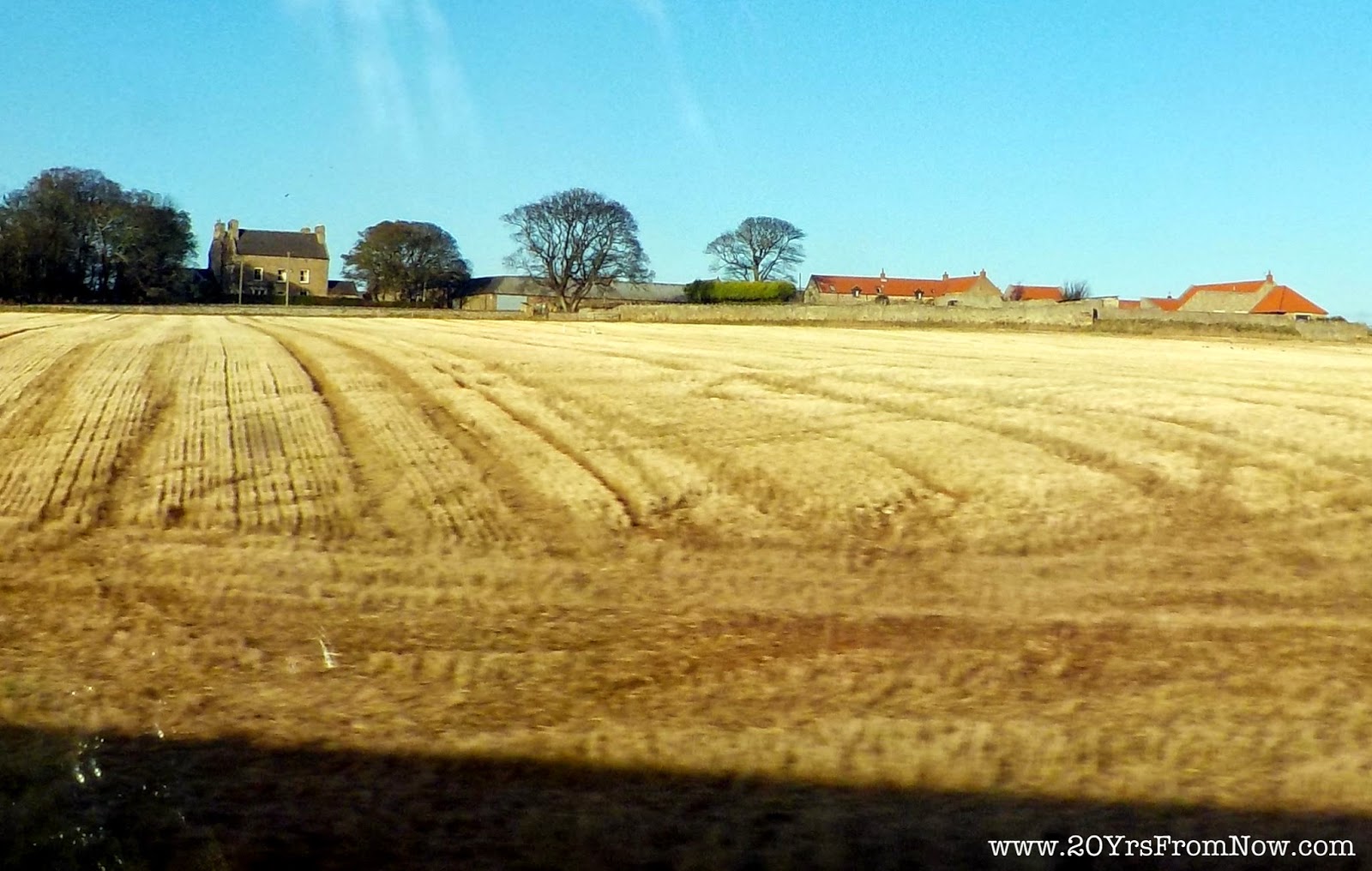 Travel time was 4 hours 21 minutes from start to finish and that included four stops along the way, including Durham where we'll be staying later this month. Back in the late 1970s on our very first trip to England we became enchanted with Durham Cathedral (on the right), and I have a sneaky suspicion it will captivate us this time around as well.

The one thing neither of us expected to see on this journey was the North Sea. This picturesque village caught our attention and we both commented on how we'd love to go there for a closer look. (If only we knew where "there" was!) 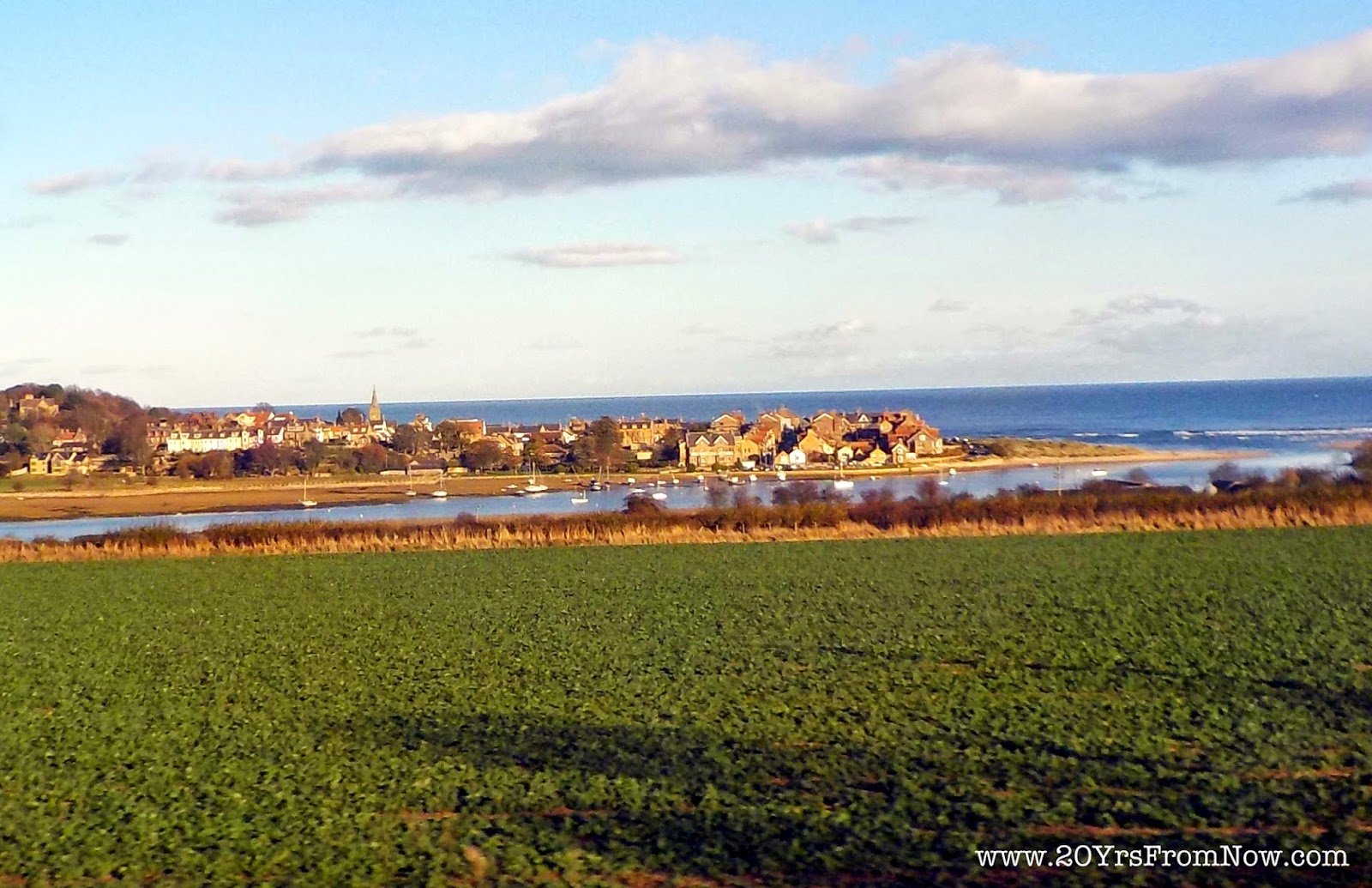 For those who enjoy a good game of golf (waving to Jan C.) it might be fun to play the course (below). Me? I'd be too busy looking at the view to even think about the game itself. 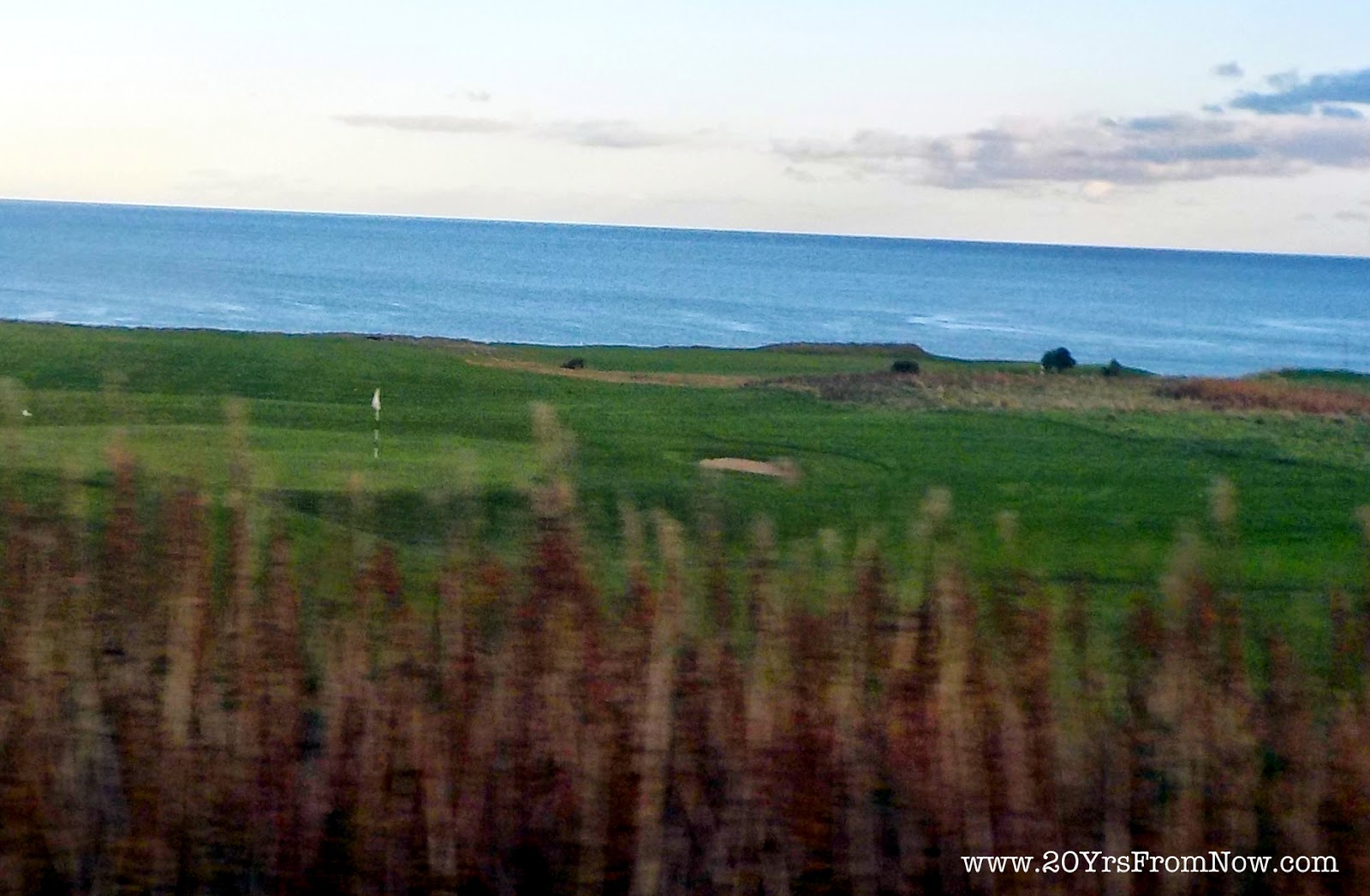 Throw in a number of churches, some ruins, and a mansion or two, and this train ride had something for everyone. This photo of the grand home below isn't the greatest, but it was taken as we zipped by the premises at 90 mph! 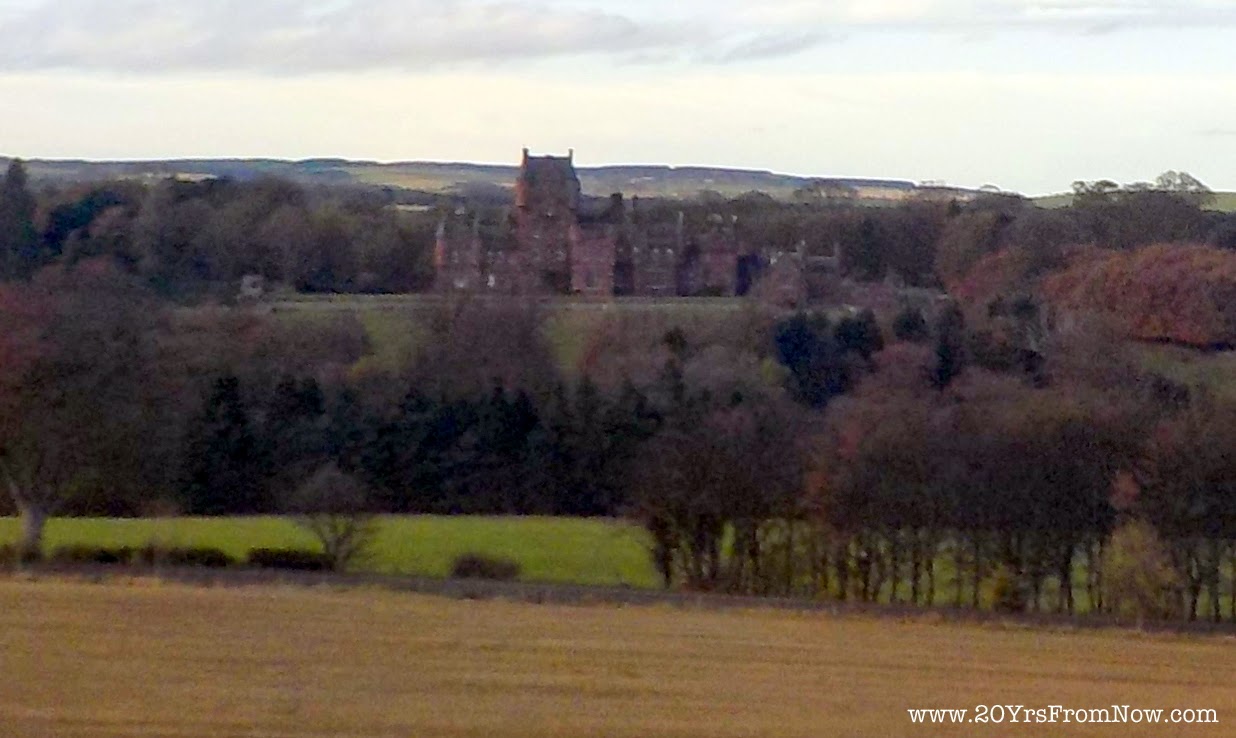 The nearer we got to Scotland, the more dramatic the scenery became. If you look very closely you'll see an island rising high above the sapphire sea and jutting out from a narrow finger peninsula. 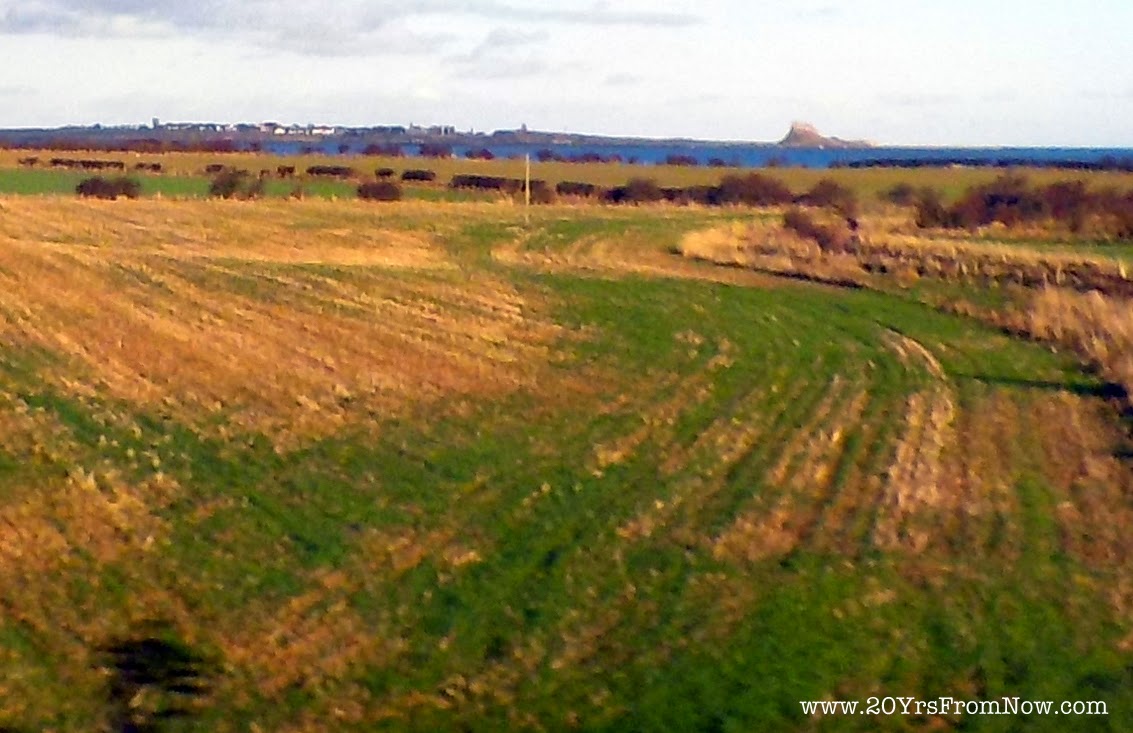 Our chins literally dropped when we rounded a curve and saw these cliffs and the rugged coastline -made all the more dramatic by the late afternoon sun. 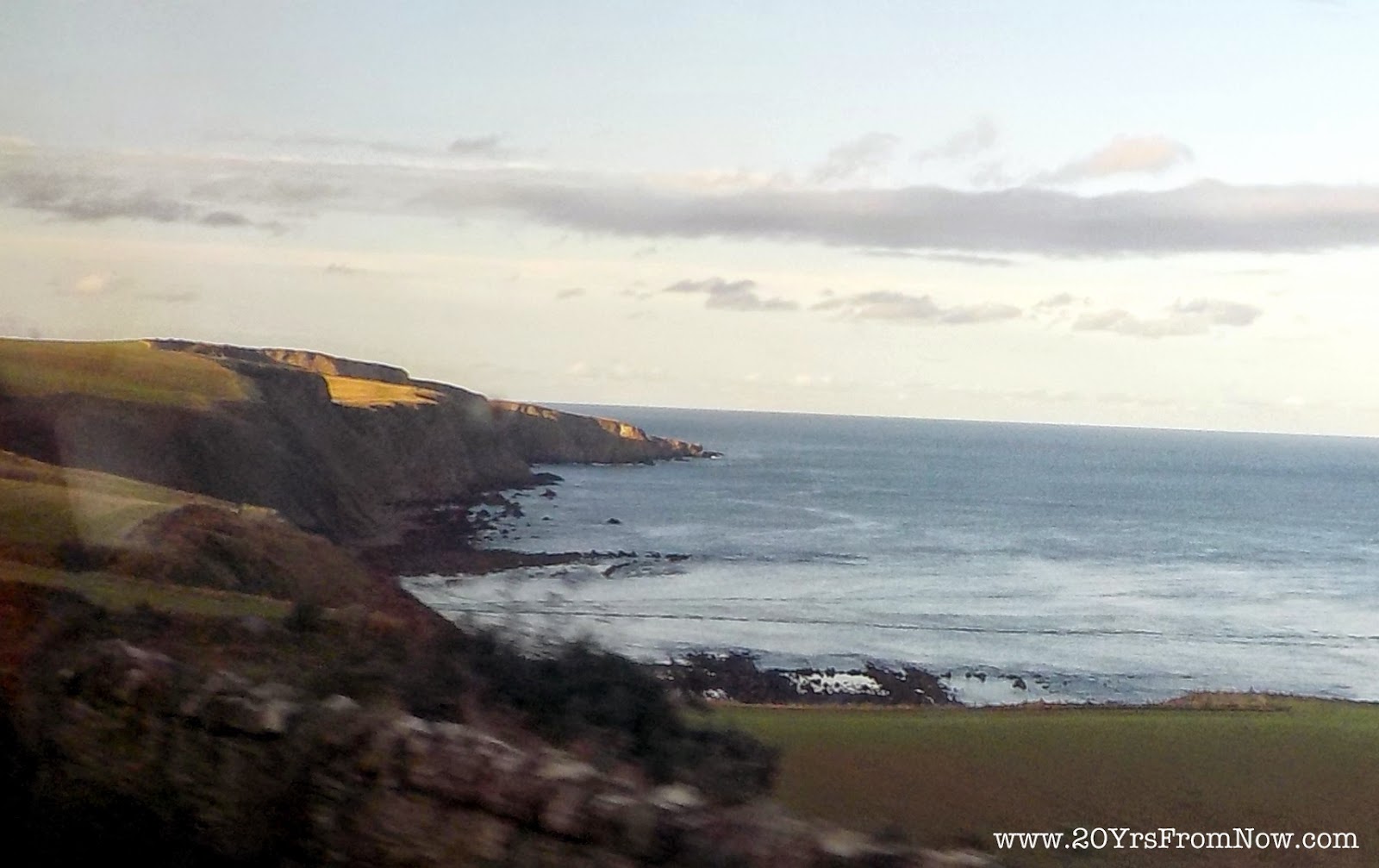 Then, just when we thought it couldn't possibly get any better we arrived in Berwick-upon-Tweed.


From there it was literally a hop, skip and jump across the border and into Edinburgh. All in all a great day.