Buskers, Brews and a Gherkin

We awoke yesterday to clear blue skies and immediately altered our plans. Why spend time indoors when there are so many places to explore outside on such a beautiful day? First stop was Big Ben and the Houses of Parliament. 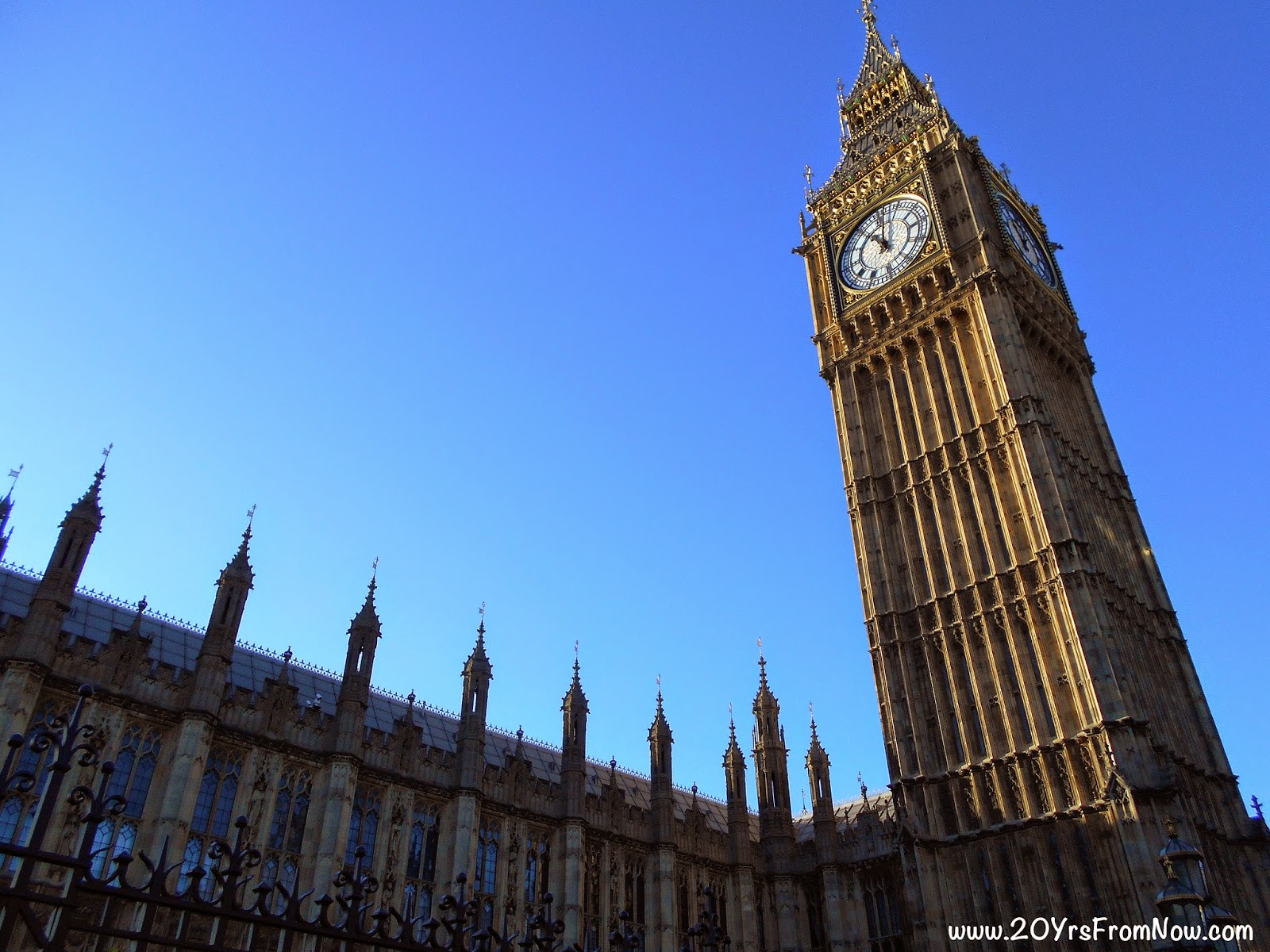 The detail of the stone work and carvings was spectacular and made me wonder how incredible the abbey buildings destroyed during the Reformation must have been. 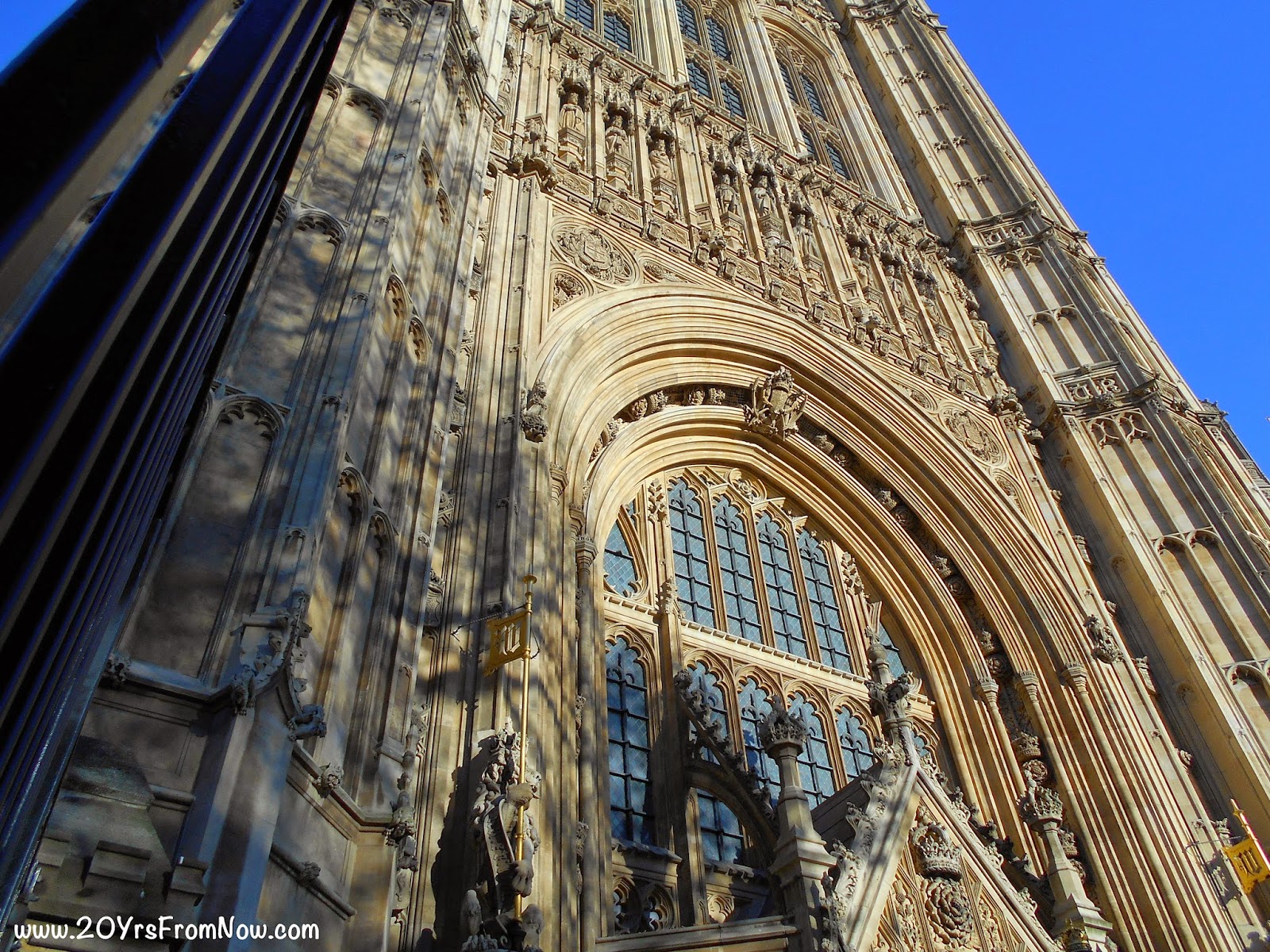 We walked west to the Lambeth Bridge, across the Thames. 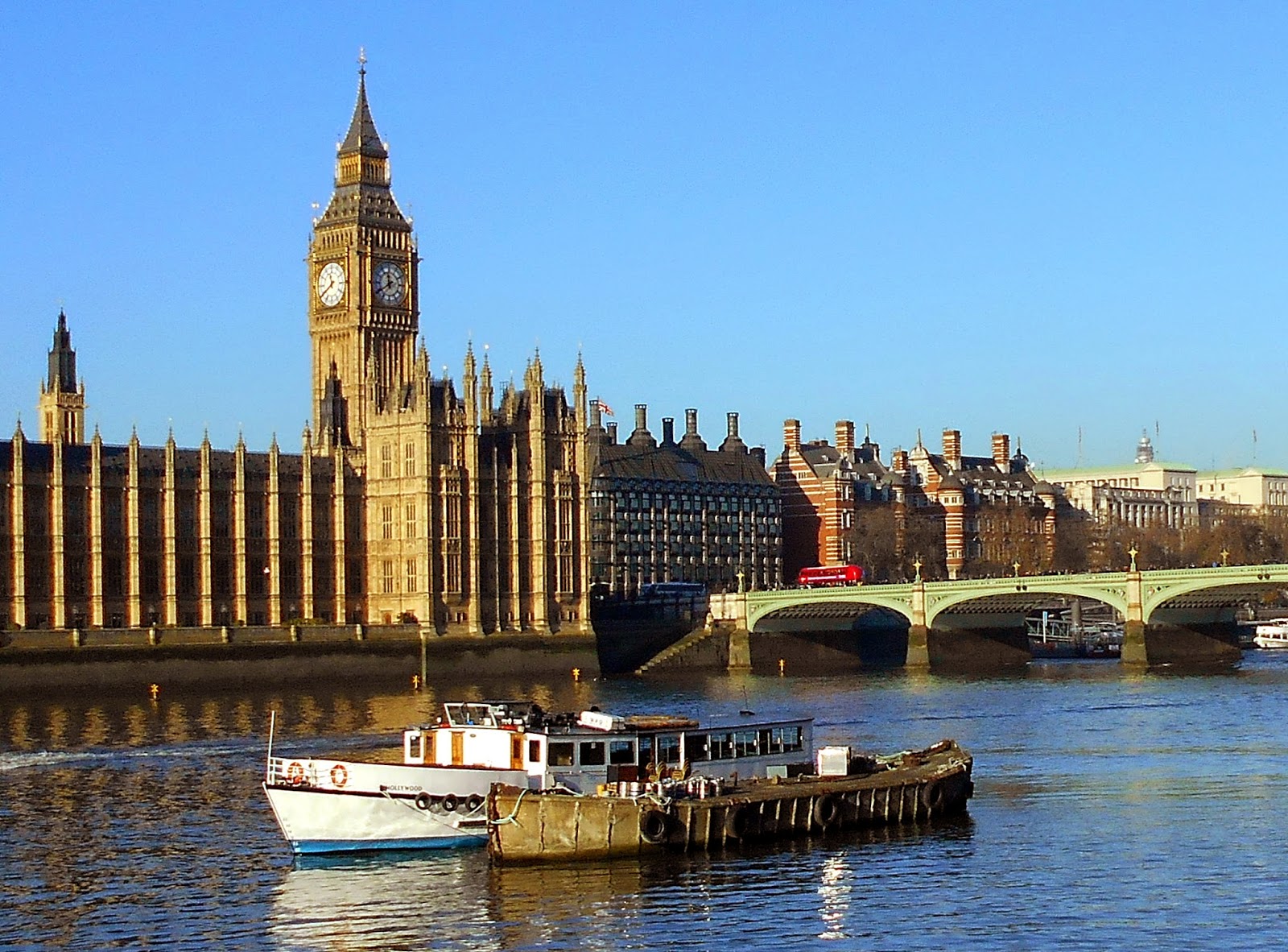 The Albert Embankment Gardens runs alongside the river, and I doubt I'll ever get tired of palm trees in December. 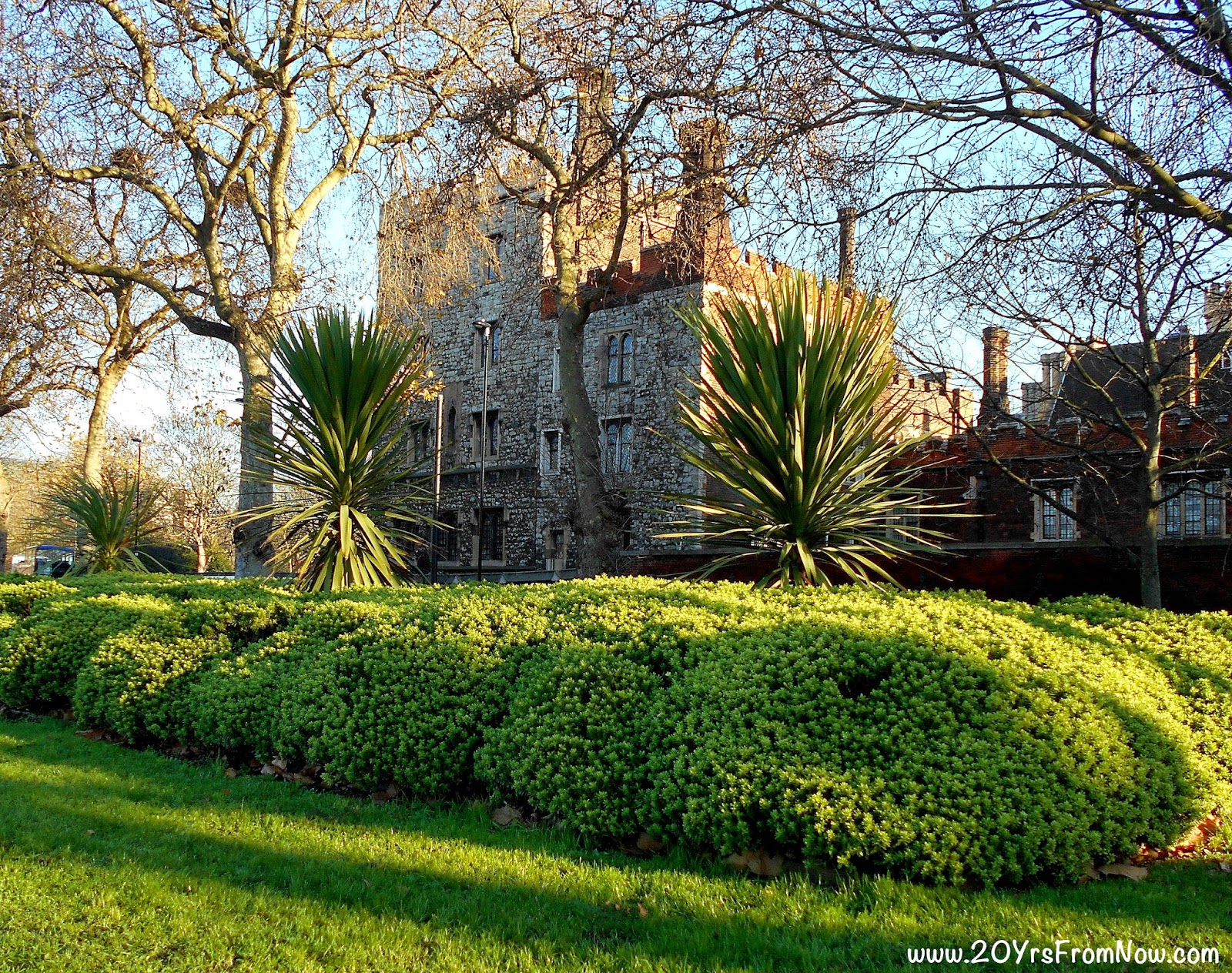 The walkway, known as the Queen's Walkway, extends for miles and is one of the best places to people watch, jog, stroll, feed the pigeons - or just spend time with the one you love. 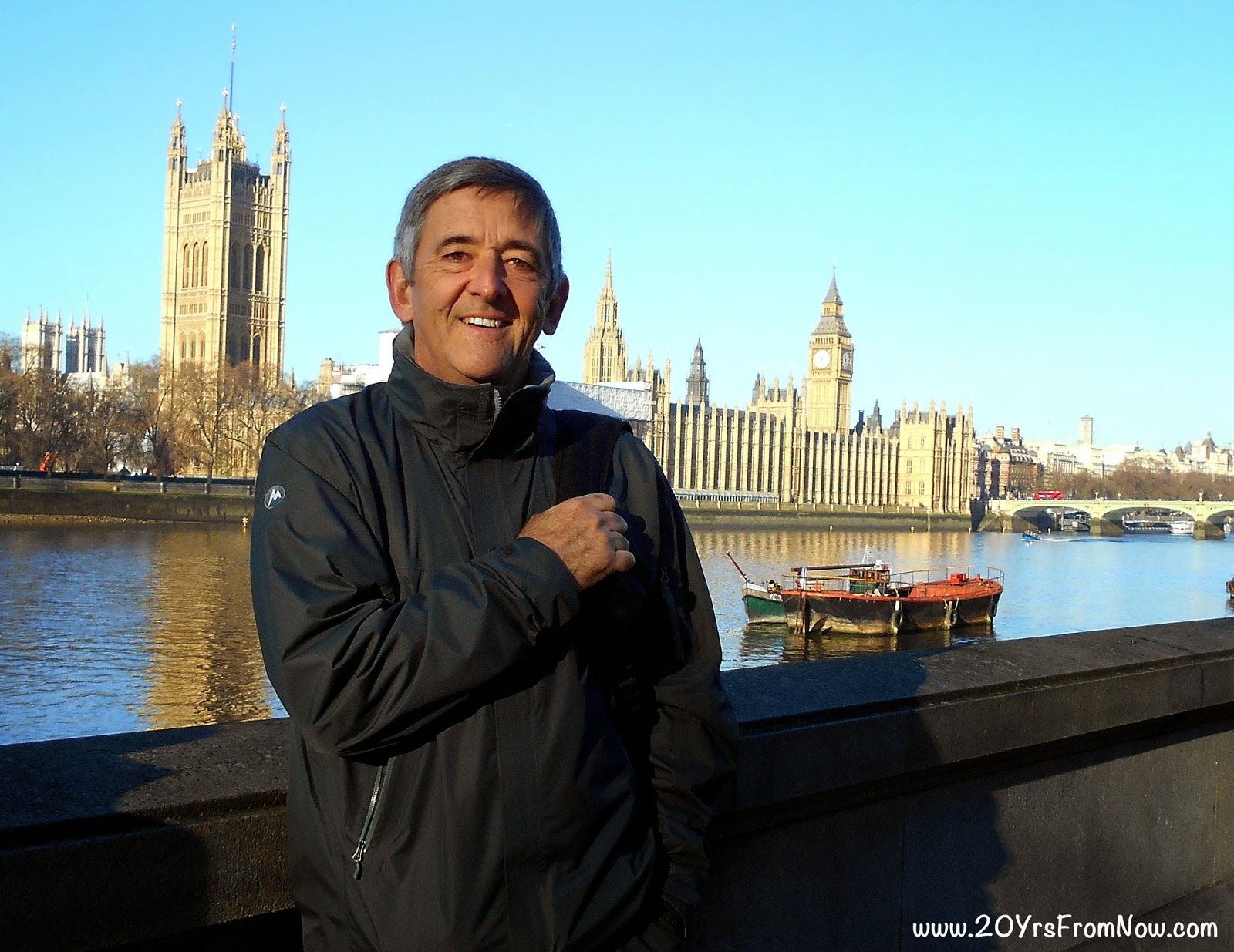 The views are never-ending, and there are plenty of benches to just stop, sit a spell and soak it all in. 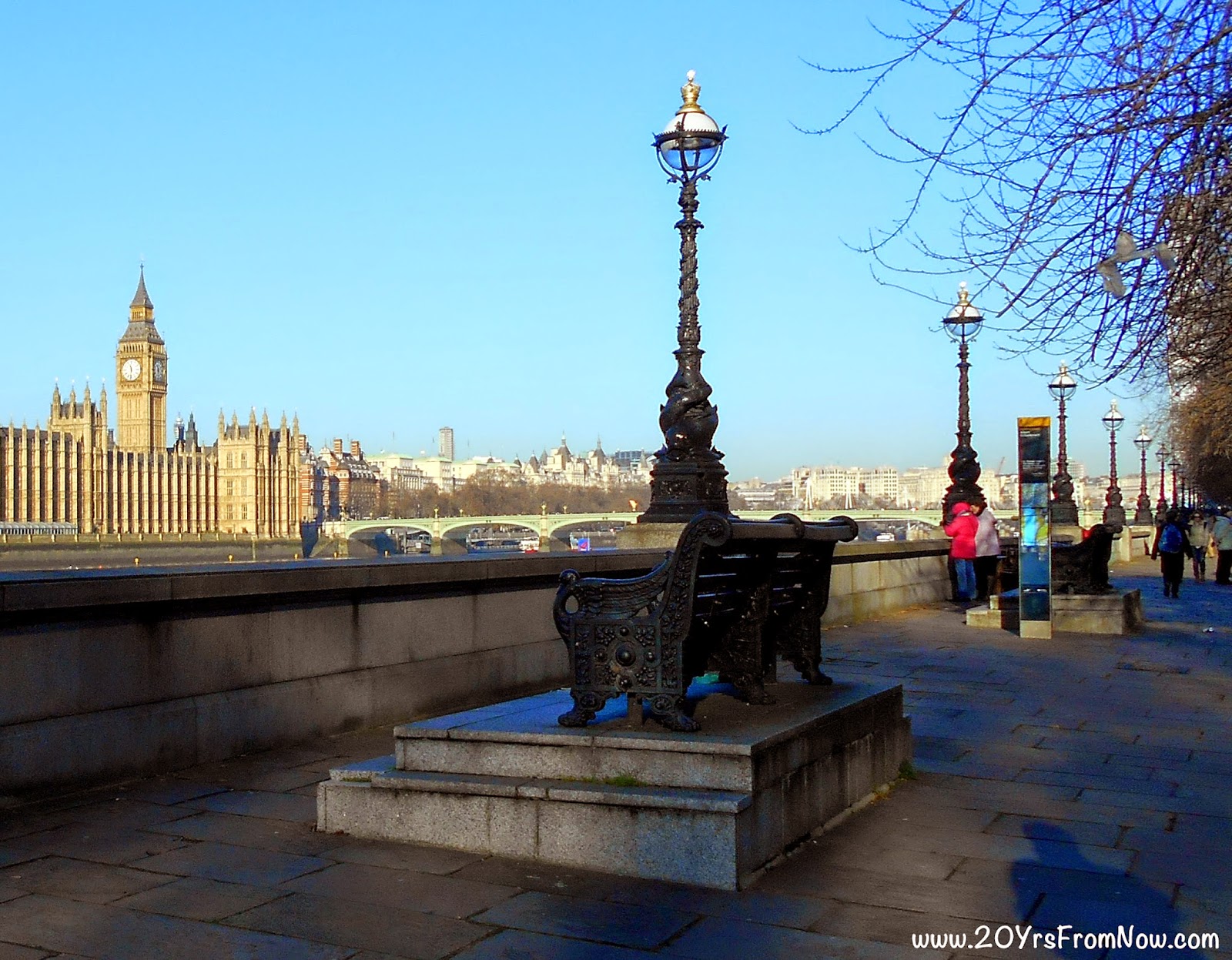 The crowds around the London Eye were understandable, but it felt more like we were swimming upstream with all the other salmon. (IF we decide to go on the London Eye, we'll do it on a weekday.) 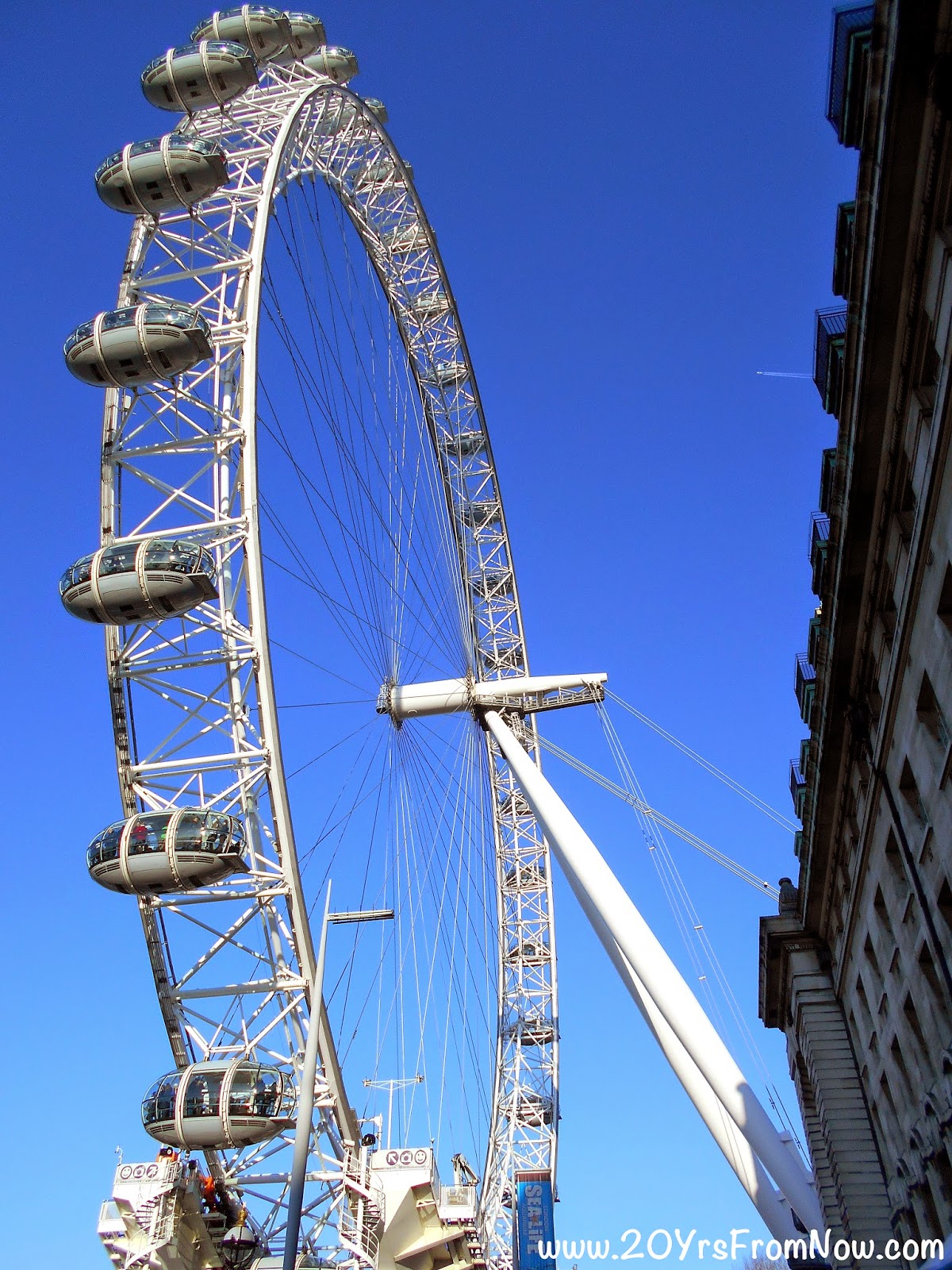 Then, near the Tate Modern we spotted the buskers.  Everyone from a floating Yoda... 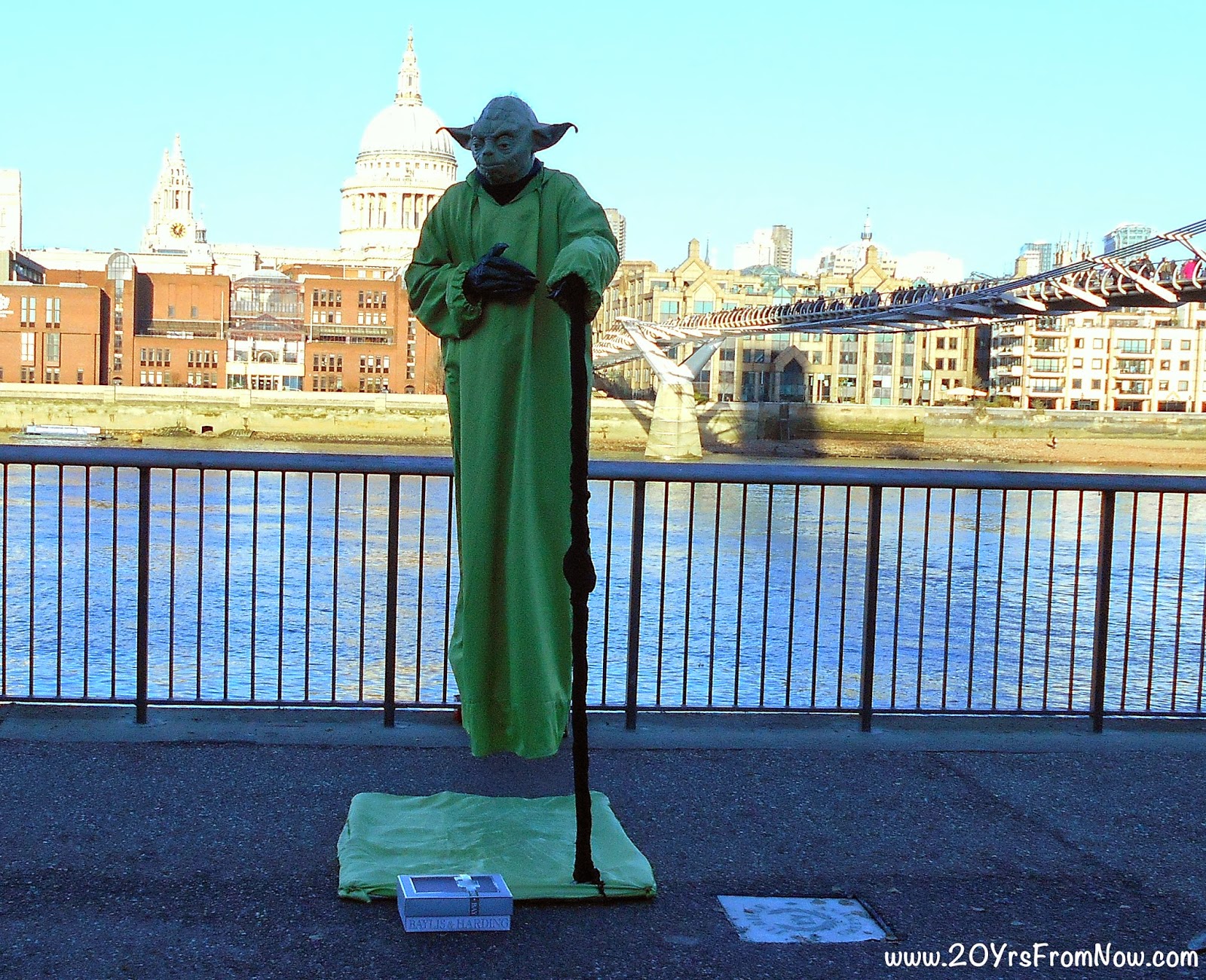 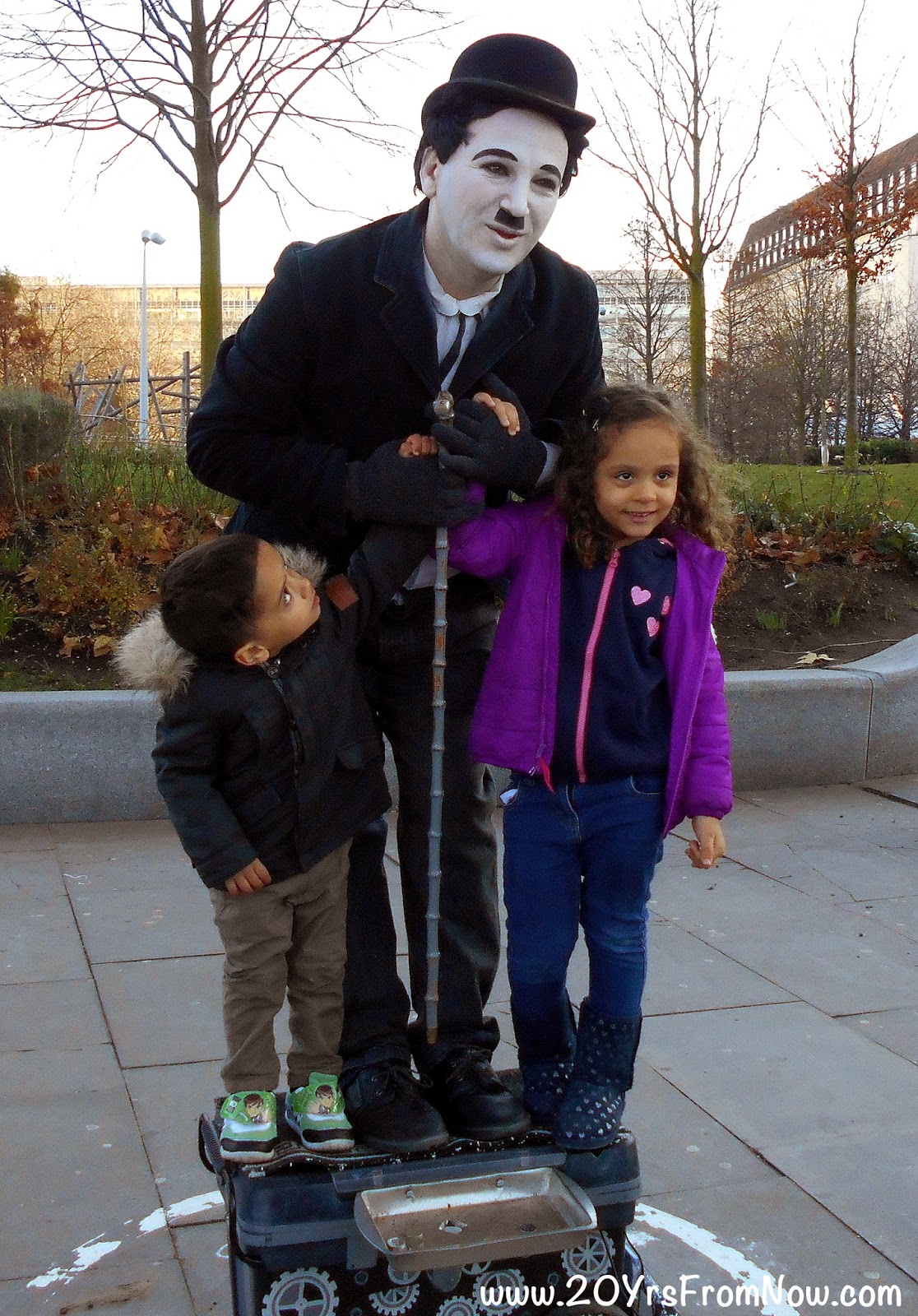 and a golden lady. 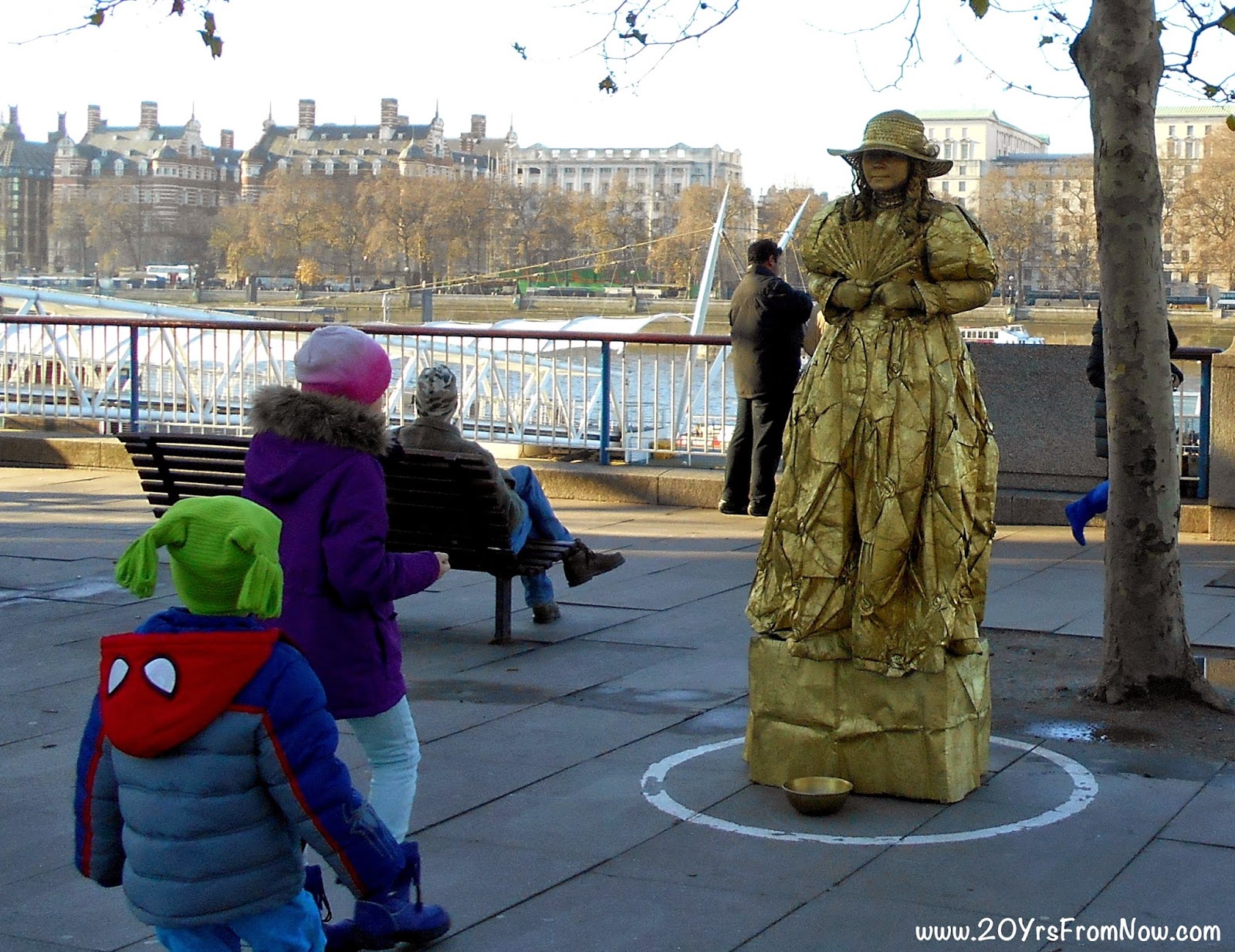 Others took advantage of the sand and low tide to earn a few coins. 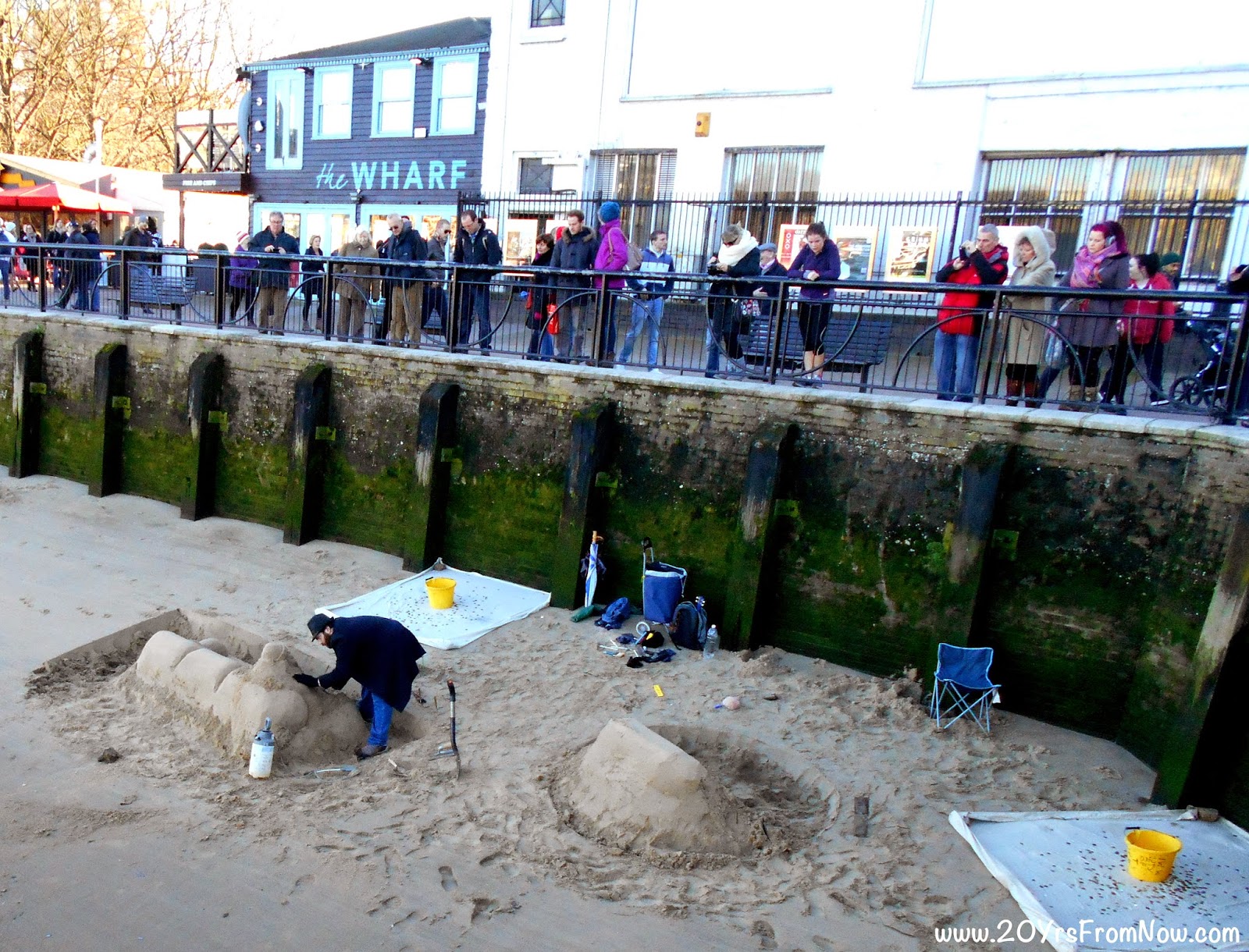 This man was carving Santa sitting on a sofa, but first he'd carved a Thank you and reminder for observers to toss coins or bills onto the two white blankets strategically positioned for passers-by. 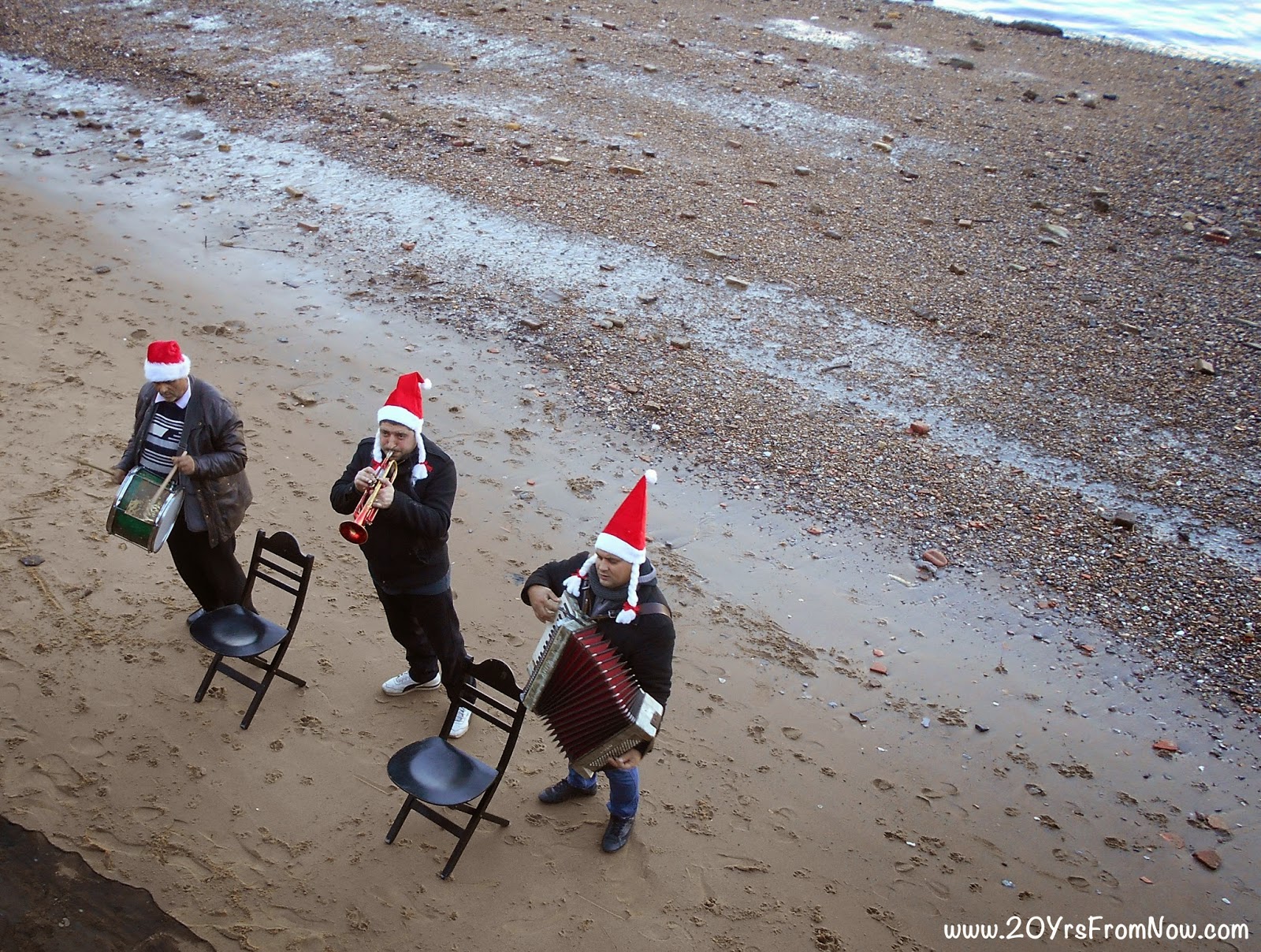 Our favourite busker was the Tom Show. A professional busker, Tom Balmont began by juggling. 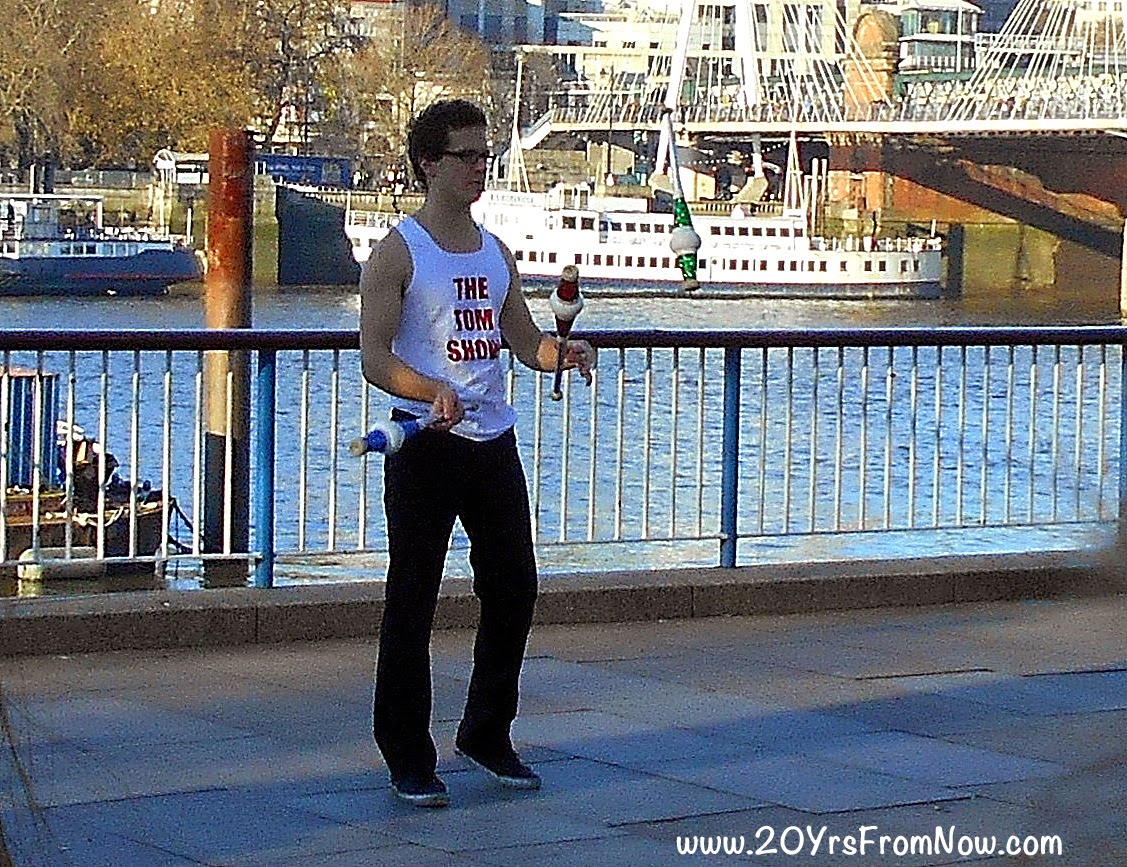 Next he slipped his entire body (feet up to head) through a 10-inch tennis racket...on a seven foot unicycle no less. To achieve the feat he appeared to dislocate his shoulder and the crowd groaned in unison when he did it. 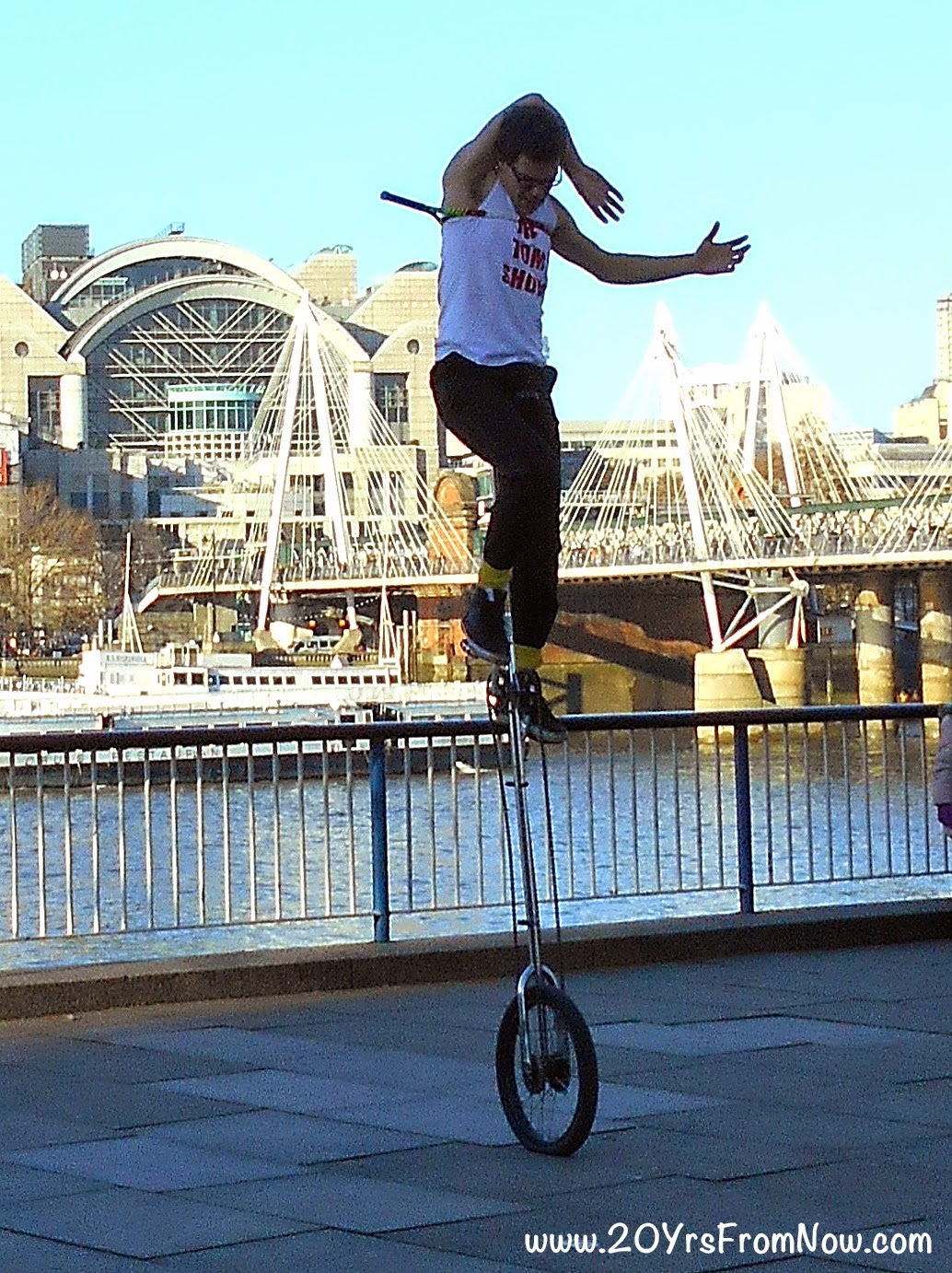 He said it didn't hurt, but added a donation at the end of his performance would be greatly appreciated. He also put people at ease by adding they could give whatever they could afford, and even a simple 'thank you' was enough. 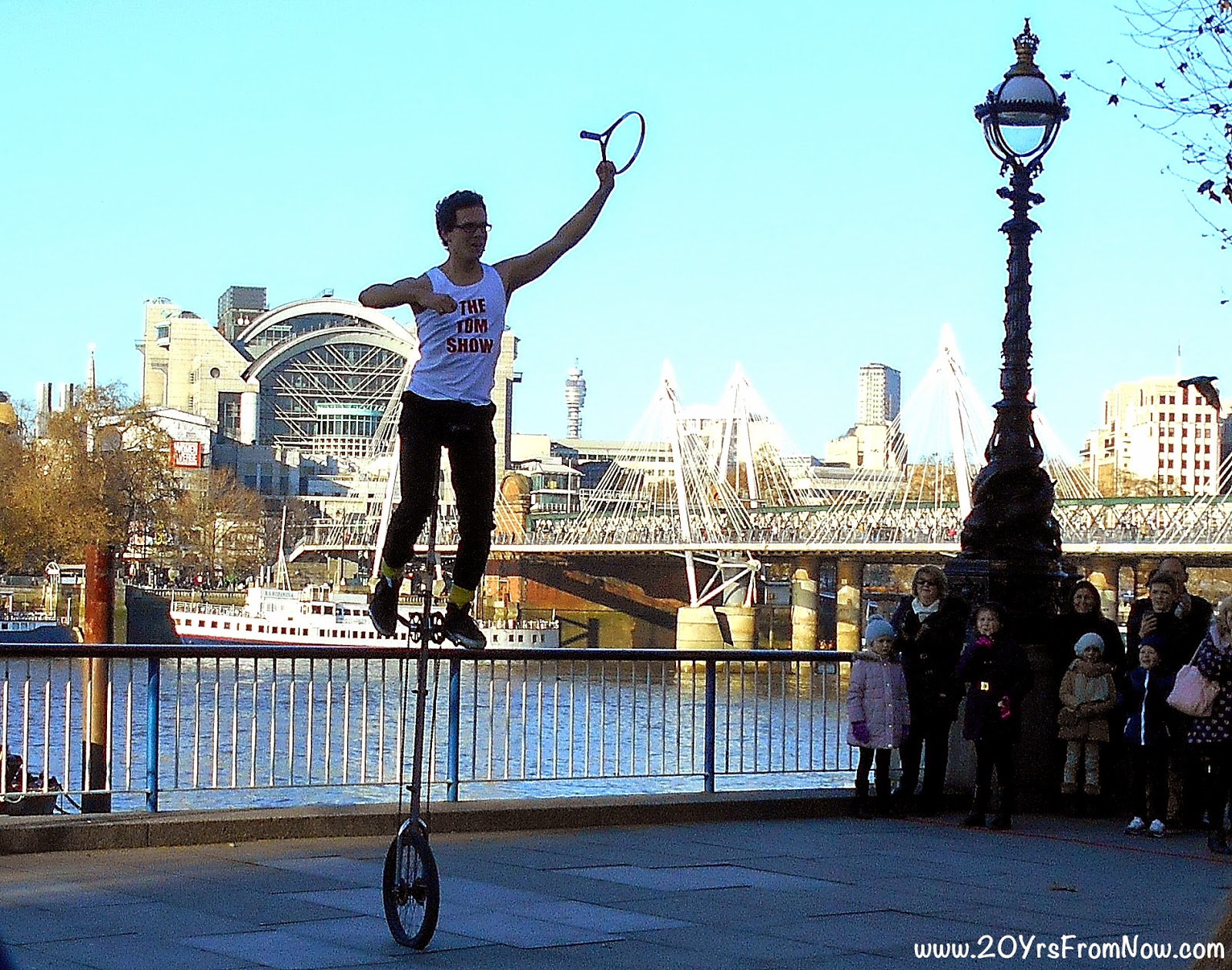 Further along toward Tower Bridge we were treated to young kids skateboarding in a special area dedicated to their sport. The graffiti walls added atmosphere, plus we recognized it as one of the places featured on our favourite BBC series, Sherlock. 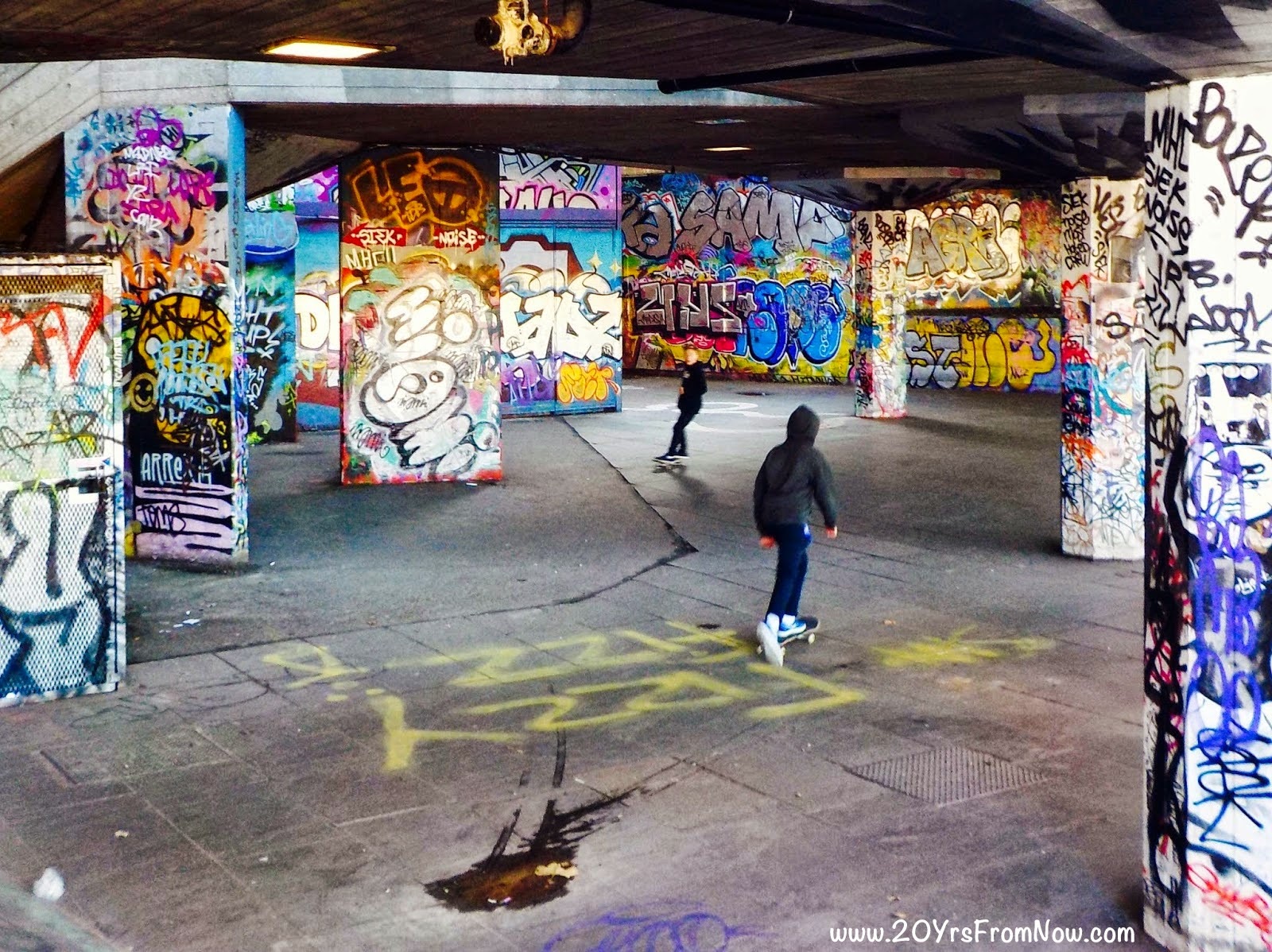 We didn't bother to stop at the various Christmas Markets as we visited them earlier in the week. This used book sale (positioned under a bridge), however, was a new addition along the Queen's Walk. 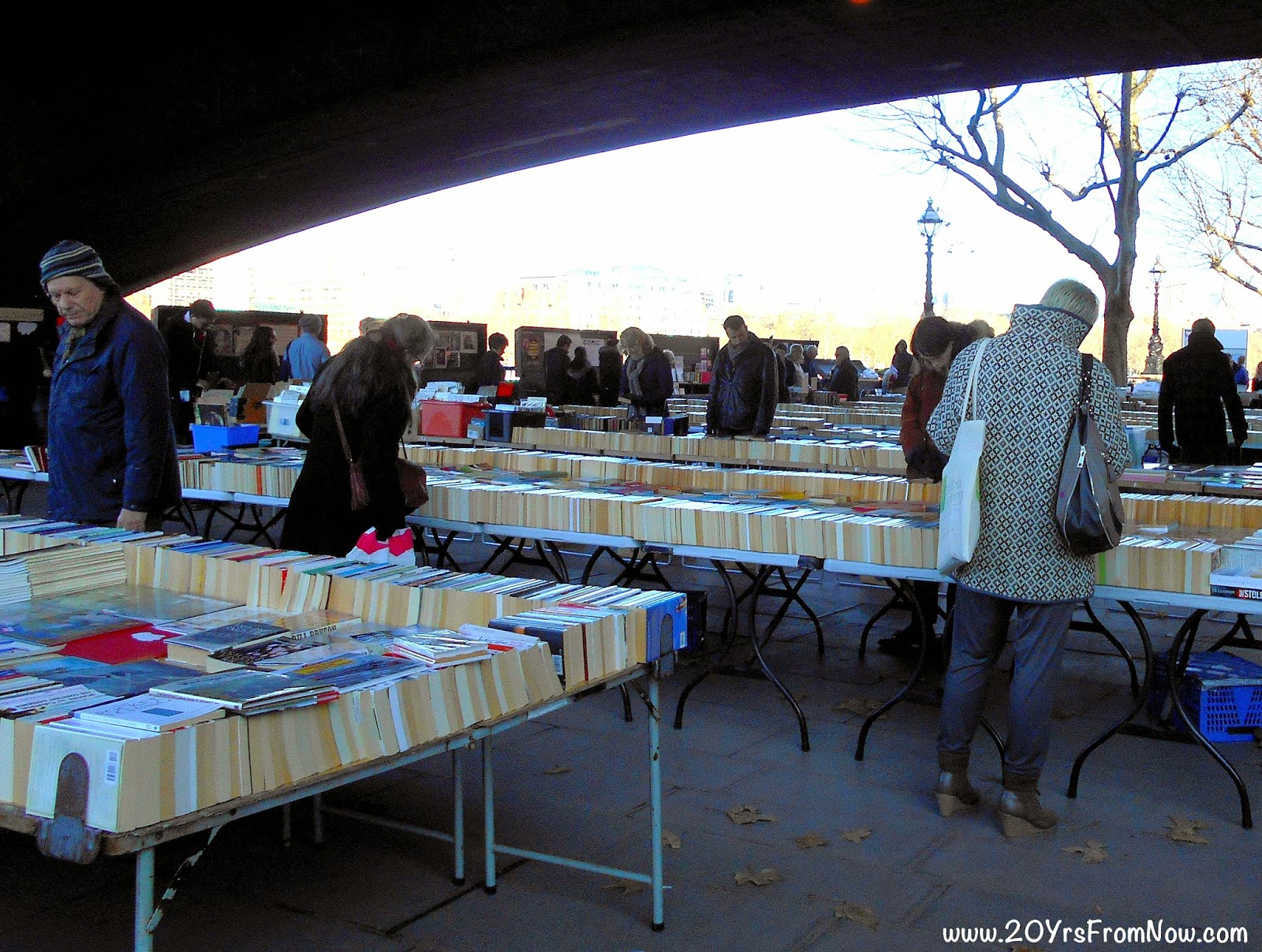 Not everyone was out to make money or spend some on this beautiful day. A few, like these three just sat in the park near the Oxo Building and played their guitar. 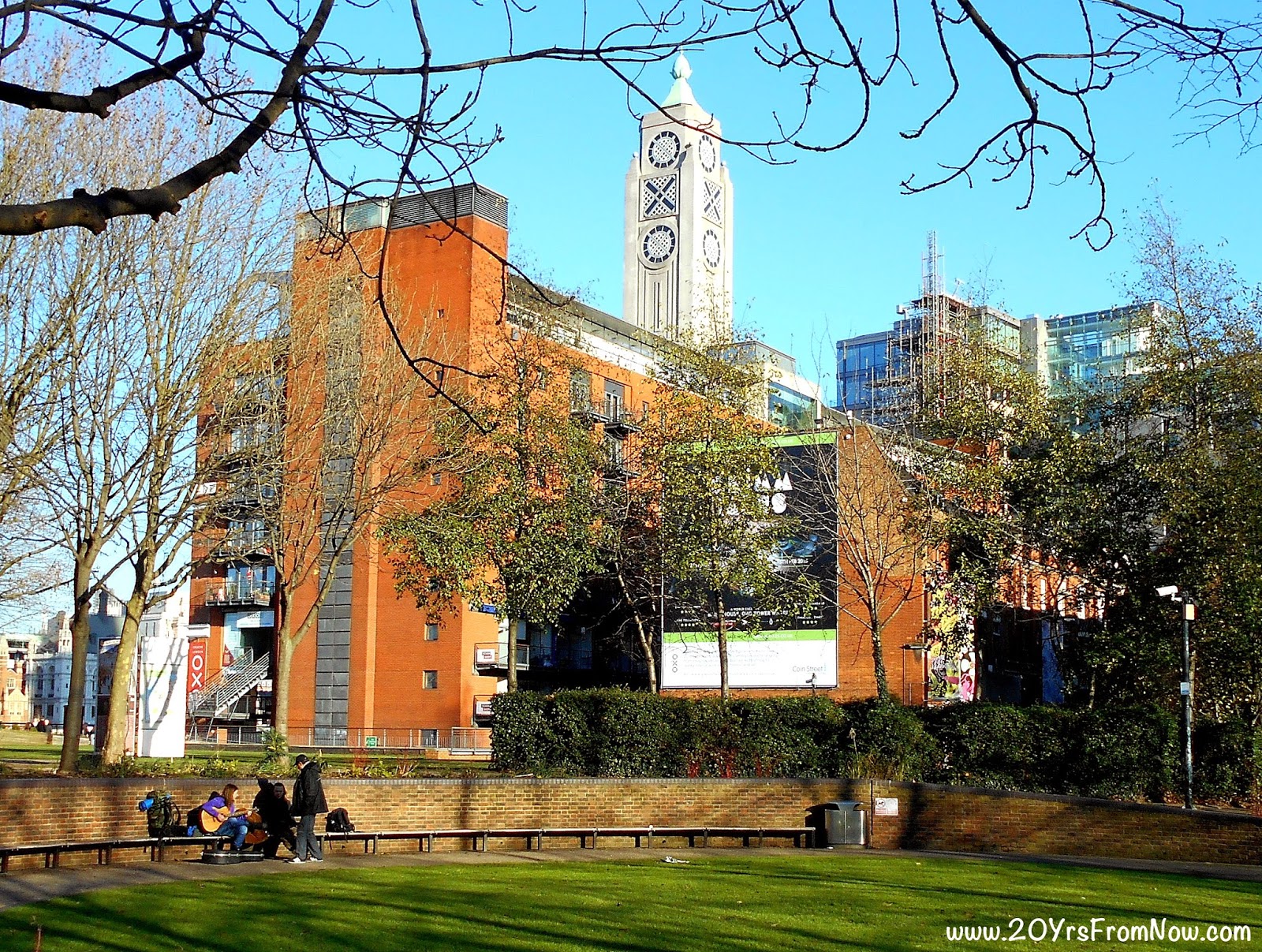 We stopped for lunch at the Brew Wharf which is near the Borough Market. Having never tried pheasant before, I chose it while John had Steak and Ale pie.

I really liked their idea of hanging umbrellas in their outdoor cafe area. 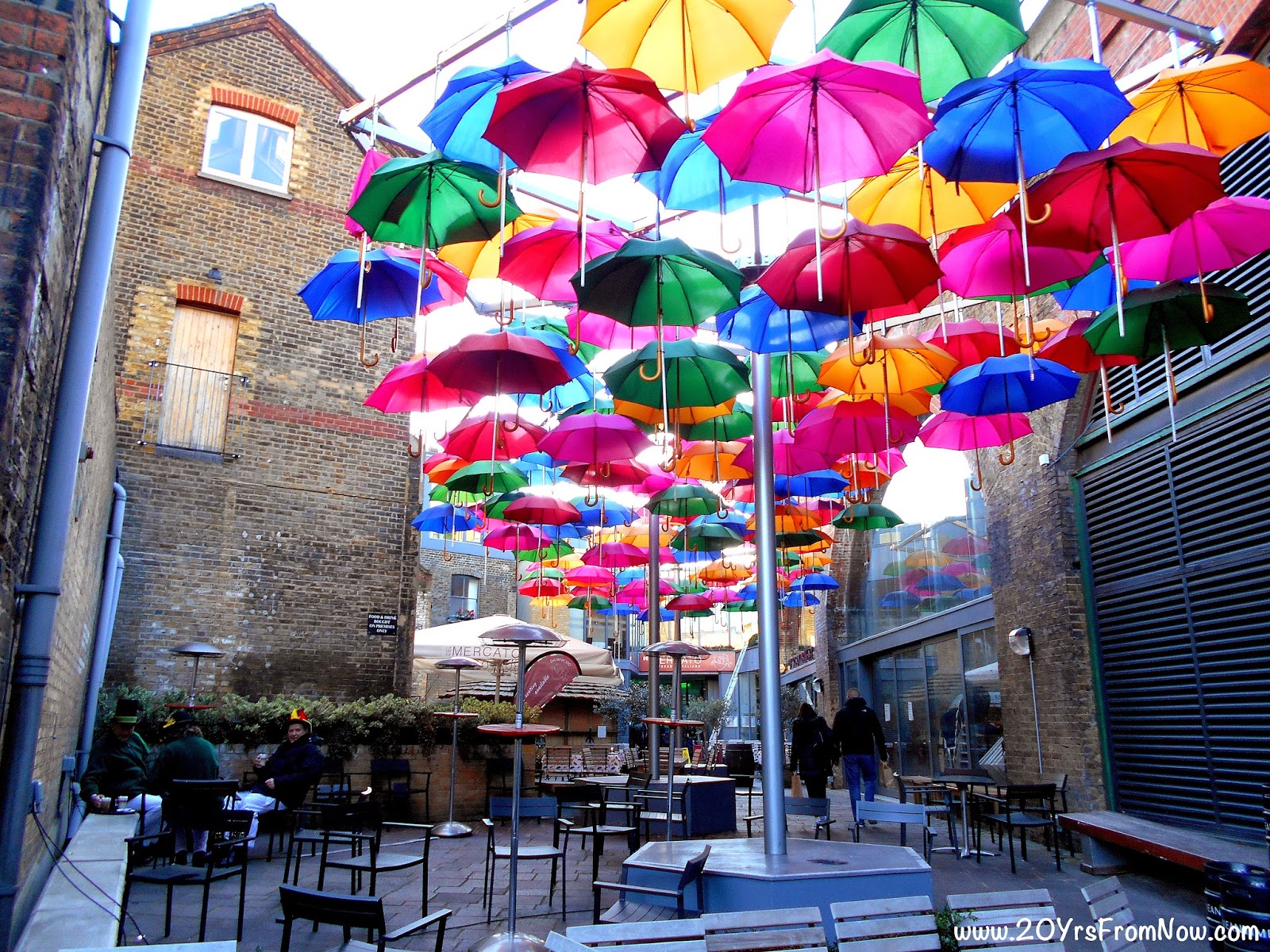 From there it was a short walk back to Tower Bridge. Crossing to the north side of the Thames we walked past the Tower of London and guess what was visible in the background? Yup. The Gherkin. 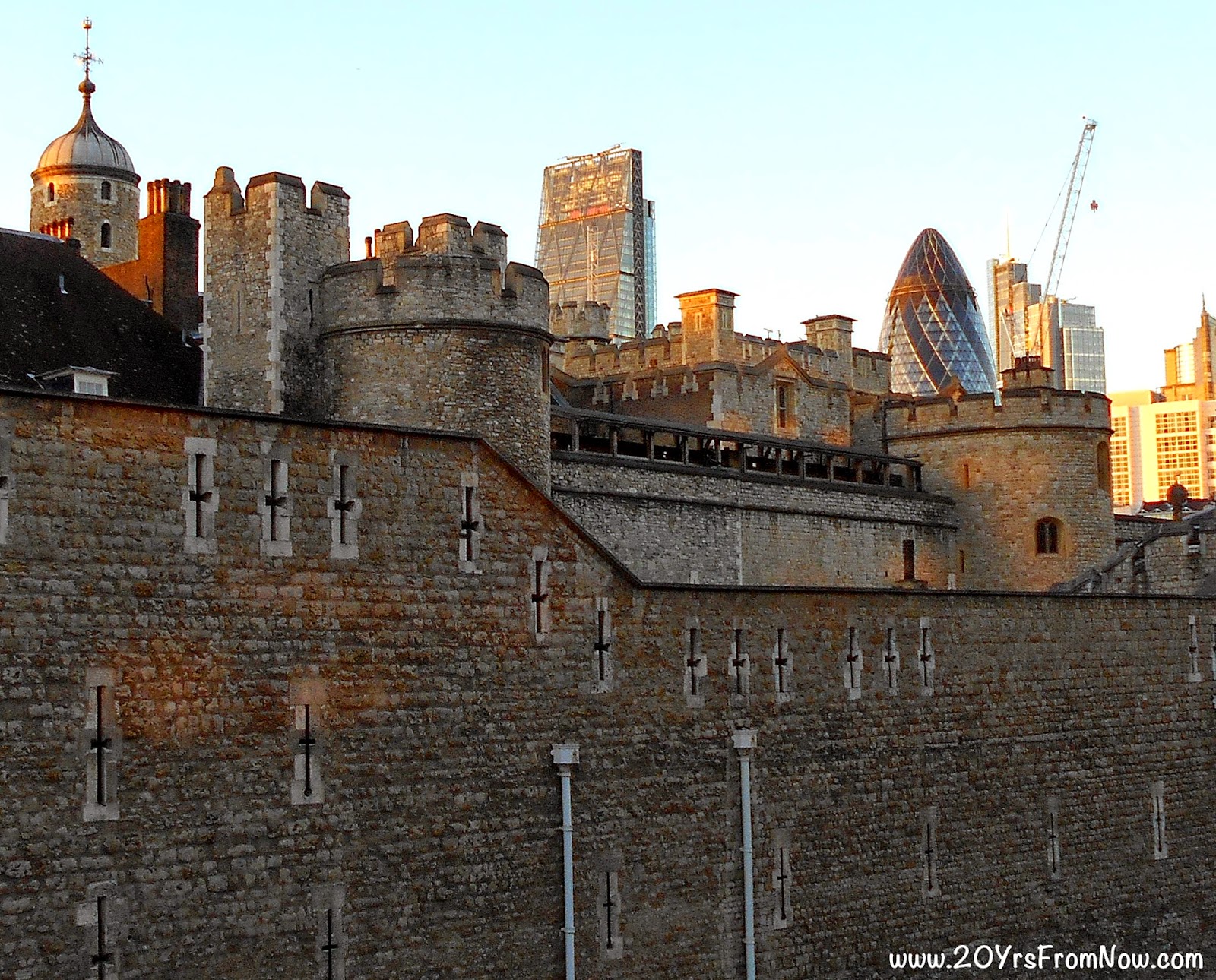