We arrived in Wooburn Green, Buckinghamshire the evening of December 23 from London and after a delicious dinner followed by a quick orientation from homeowners, C&D, (Thank You!) we began our latest house and petsitting assignment less than 24 hours later. 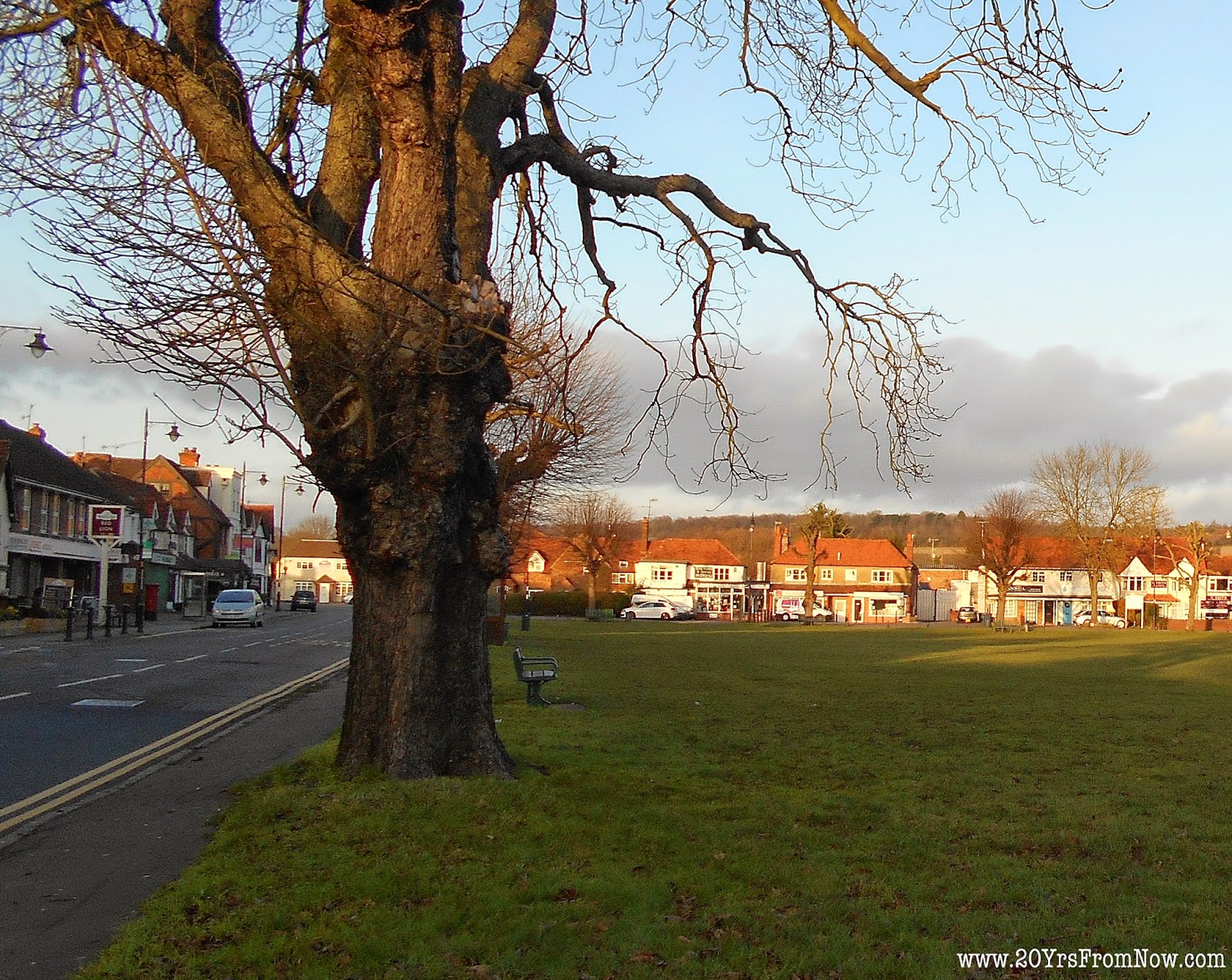 The first few days we make a point to focus on how the animals are responding to our presence. Their beloved humans, after all, have vacated the premises and John and I are strangers. For that reason we strive to make the transition period flow as smoothly as possible for all concerned. Housesitting is all about the animals and... 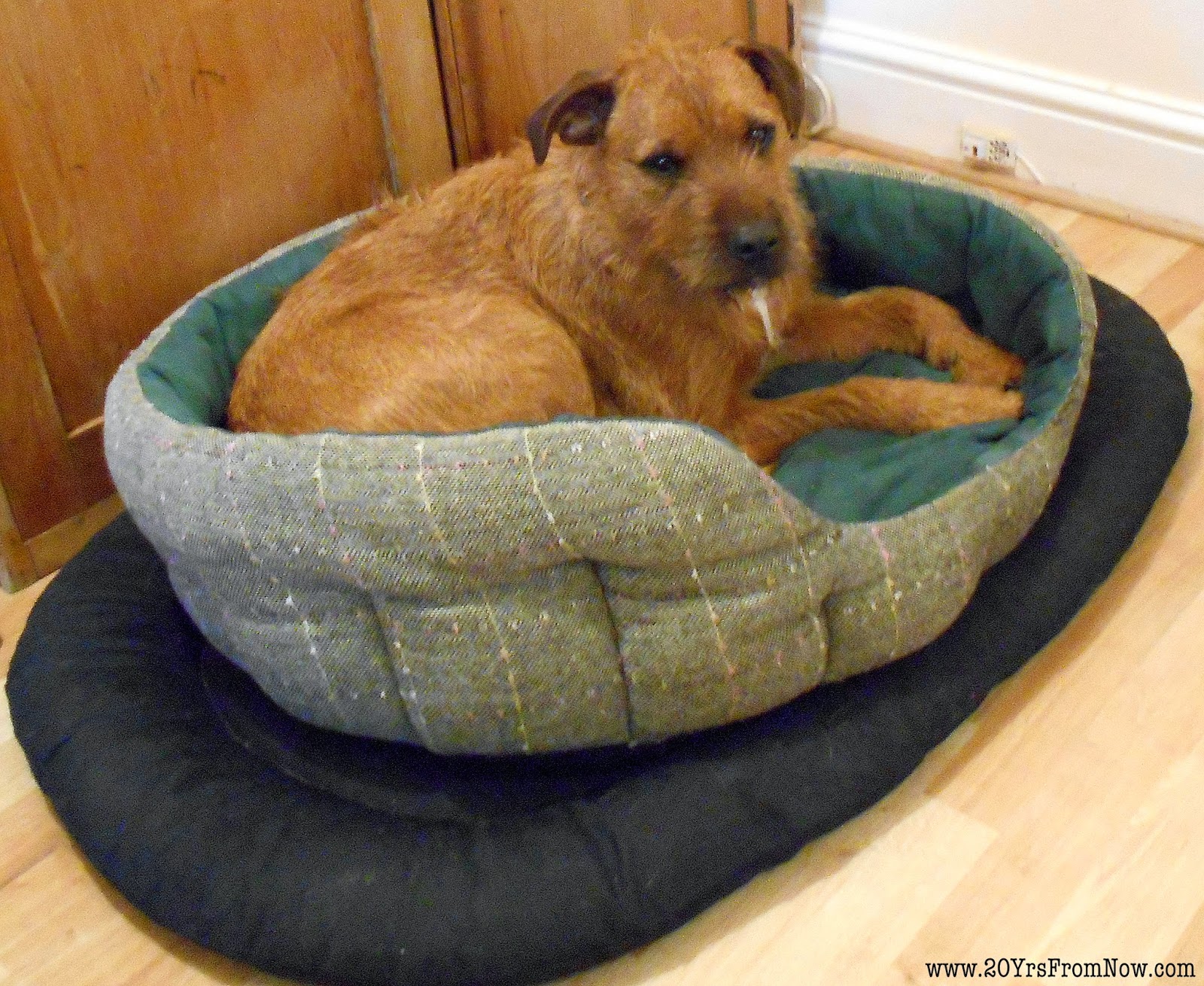 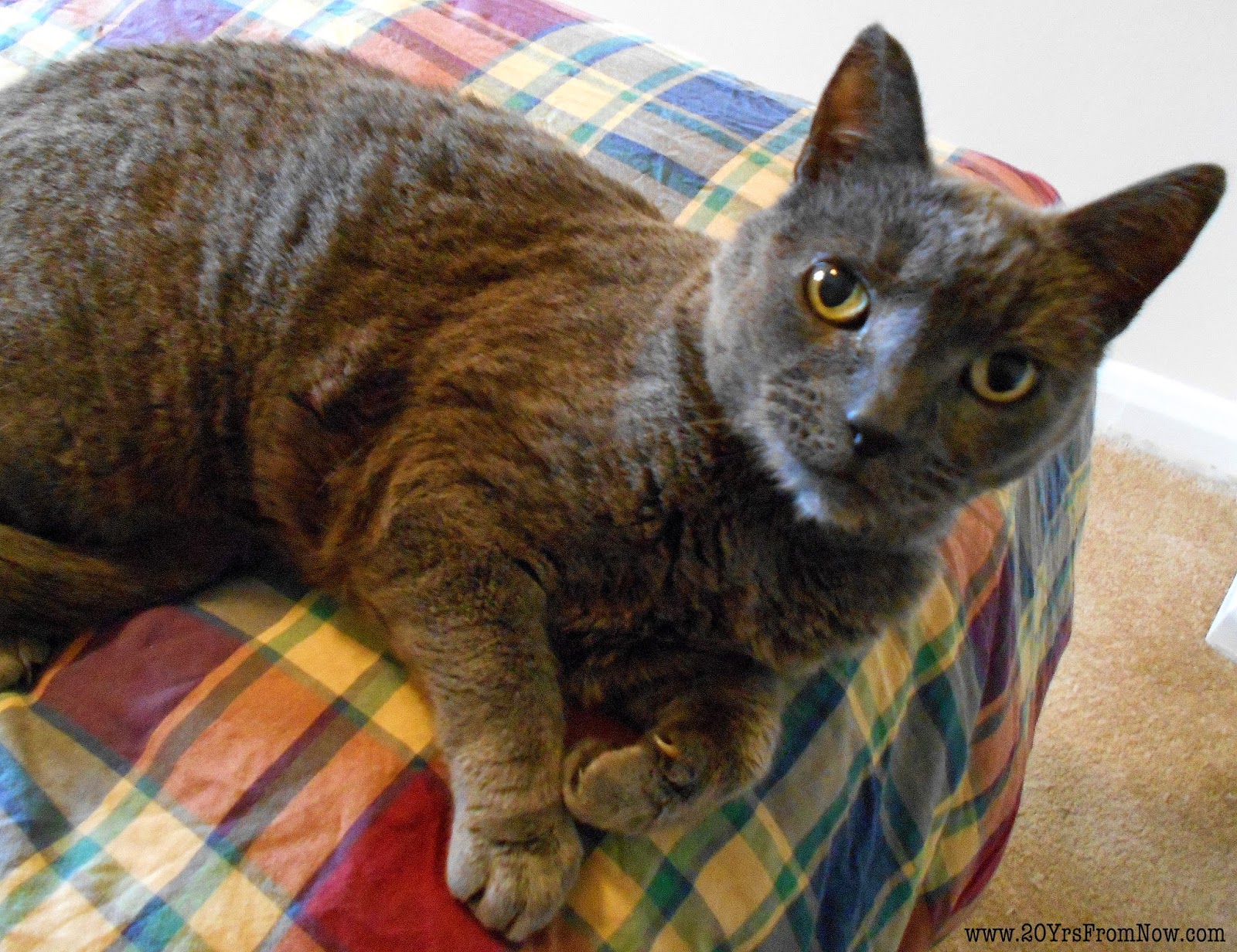 And last but not least, 6-year old (Miss) Purr: 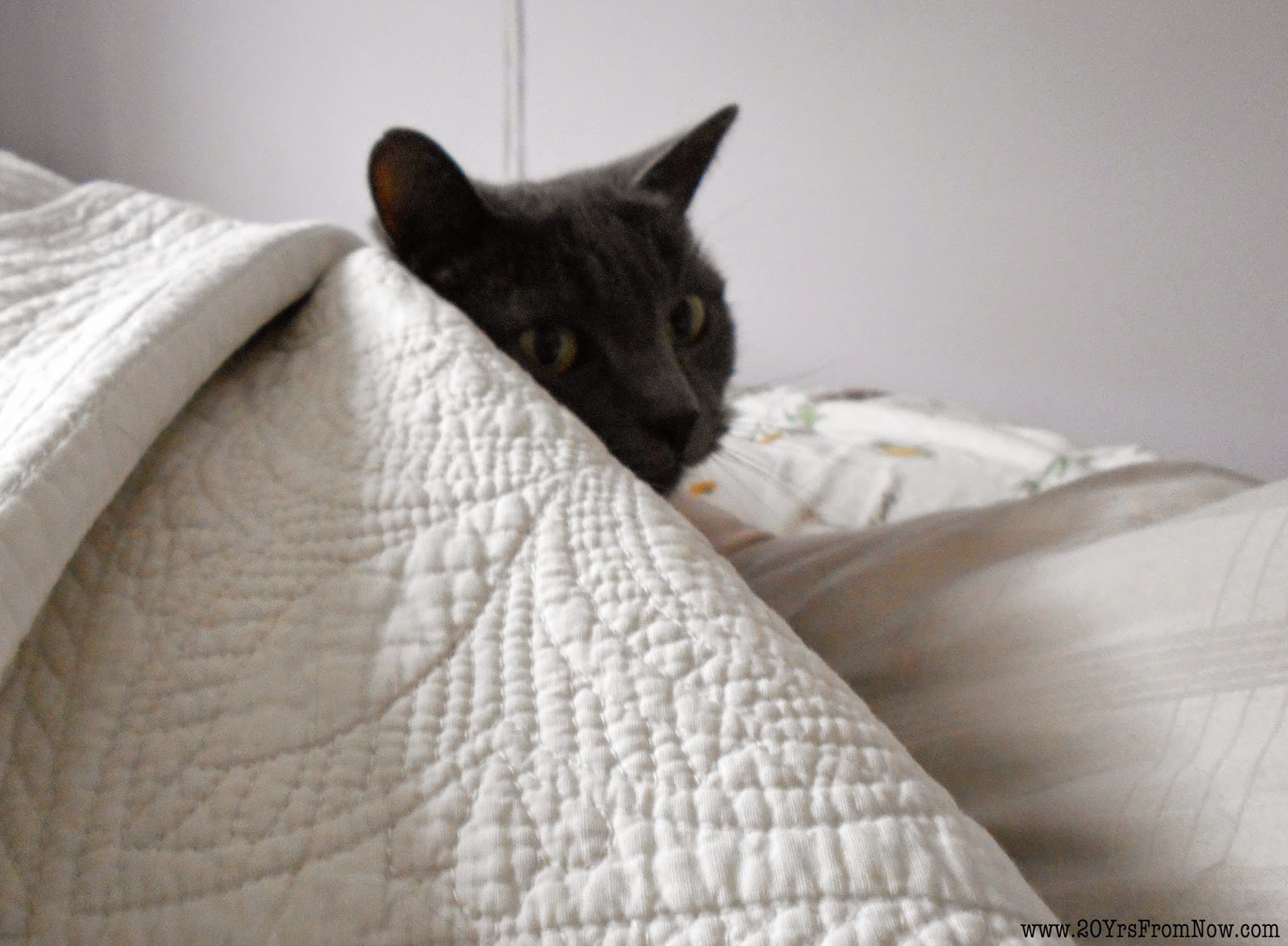 Purr is the vocal one of the group. She's always chatting, but when I wanted to take her photo earlier today I couldn't find her. Then I spotted a slight lump between the pillows at the head of the bed in the master bedroom. I pulled back the quilt, and voila, there she was. I don't think she was  impressed to have been disturbed, still she allowed me to snap her photo...without eye contact, of course. Being a feline she had to let me know who's boss! 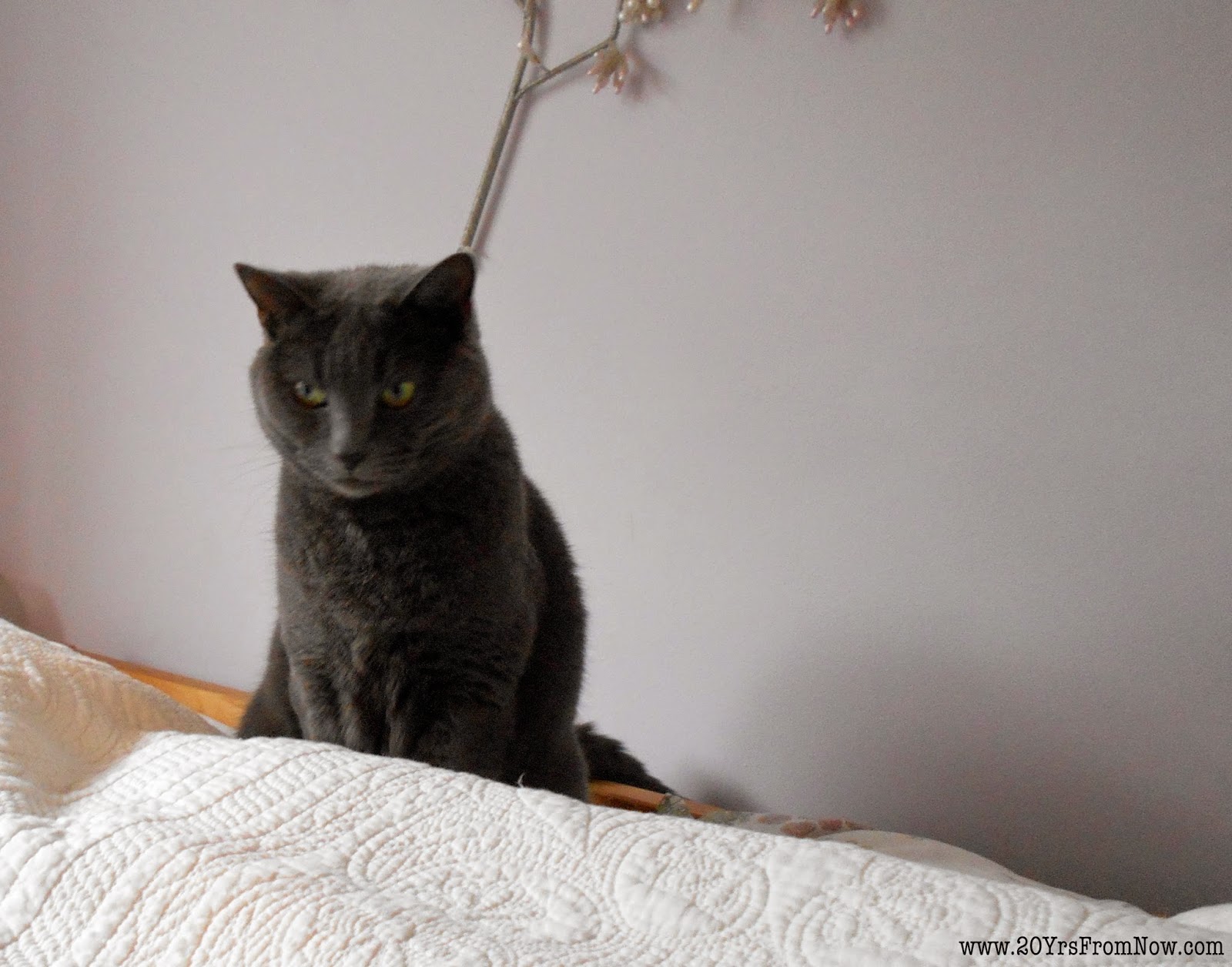 In spite of my faux pas I'm happy to say in the short time we've been in Wooburn Green all three pets have apparently decided we'll pass muster. Mew sat on my lap last night while we watched telly (see how well we're adjusting to life in the UK?!) and Jasper slept beside John on the sofa while we watched a James Bond movie. Purr tends to stay upstairs, but she did sleep all night on our bed with Mew. Btw, I'm rather relieved to report Mew snores because I keep telling John it isn't me!

Christmas Day we were blessed with glorious sunshine and no snow (thank you Santa!). Shortly after noon we headed to the park. Wooburn Green Park is 31 acres and quite a few locals were out and about like us enjoying the incredible weather although as some admitted they were walking off their turkey dinners and mince pies. 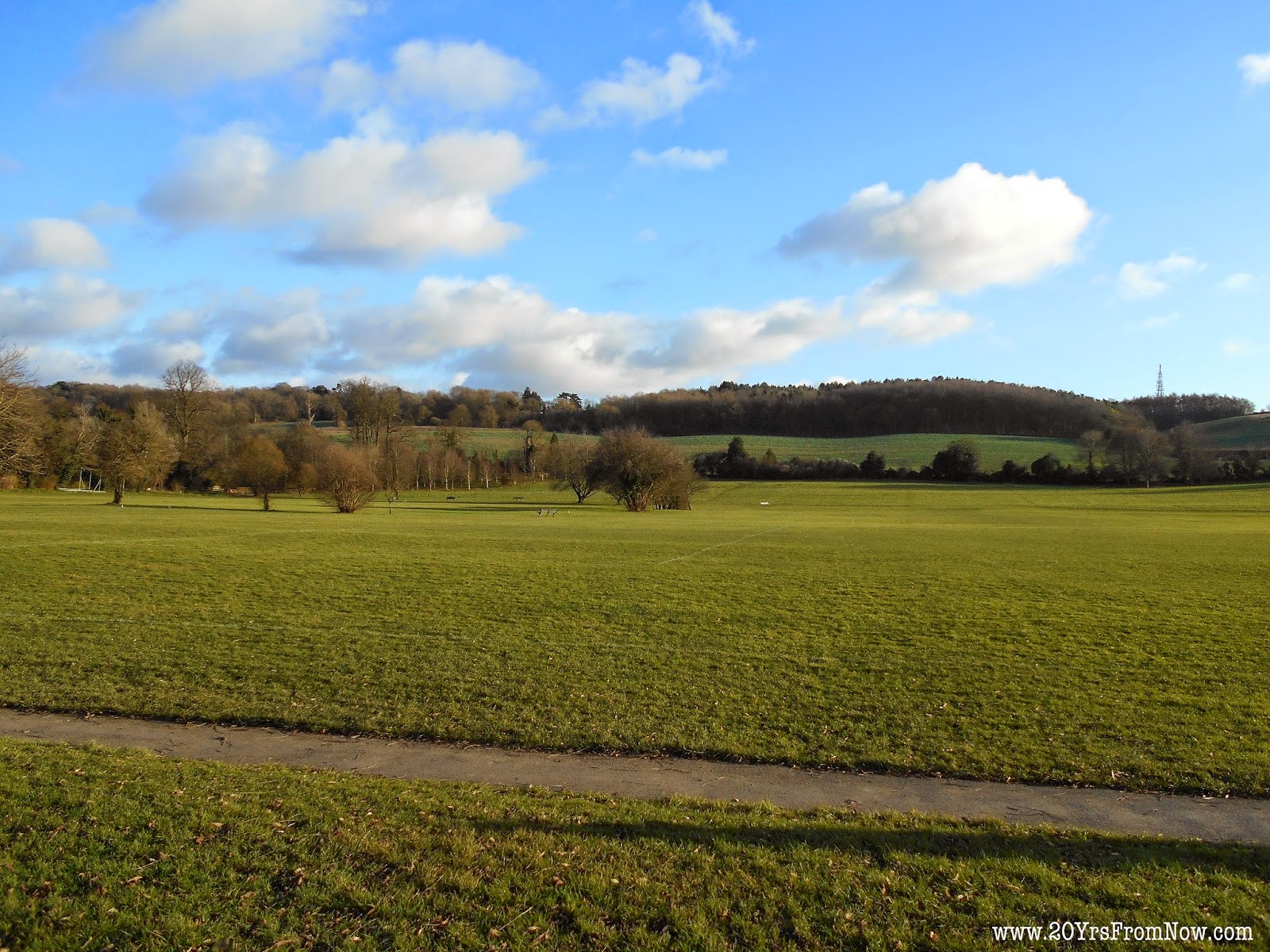 Jasper's primary concern, however, was chasing the ball. He could hardly contain himself as we walked towards the park. Once he's off lease and realizes John has the ball he takes off at the speed of light before John even launches it. 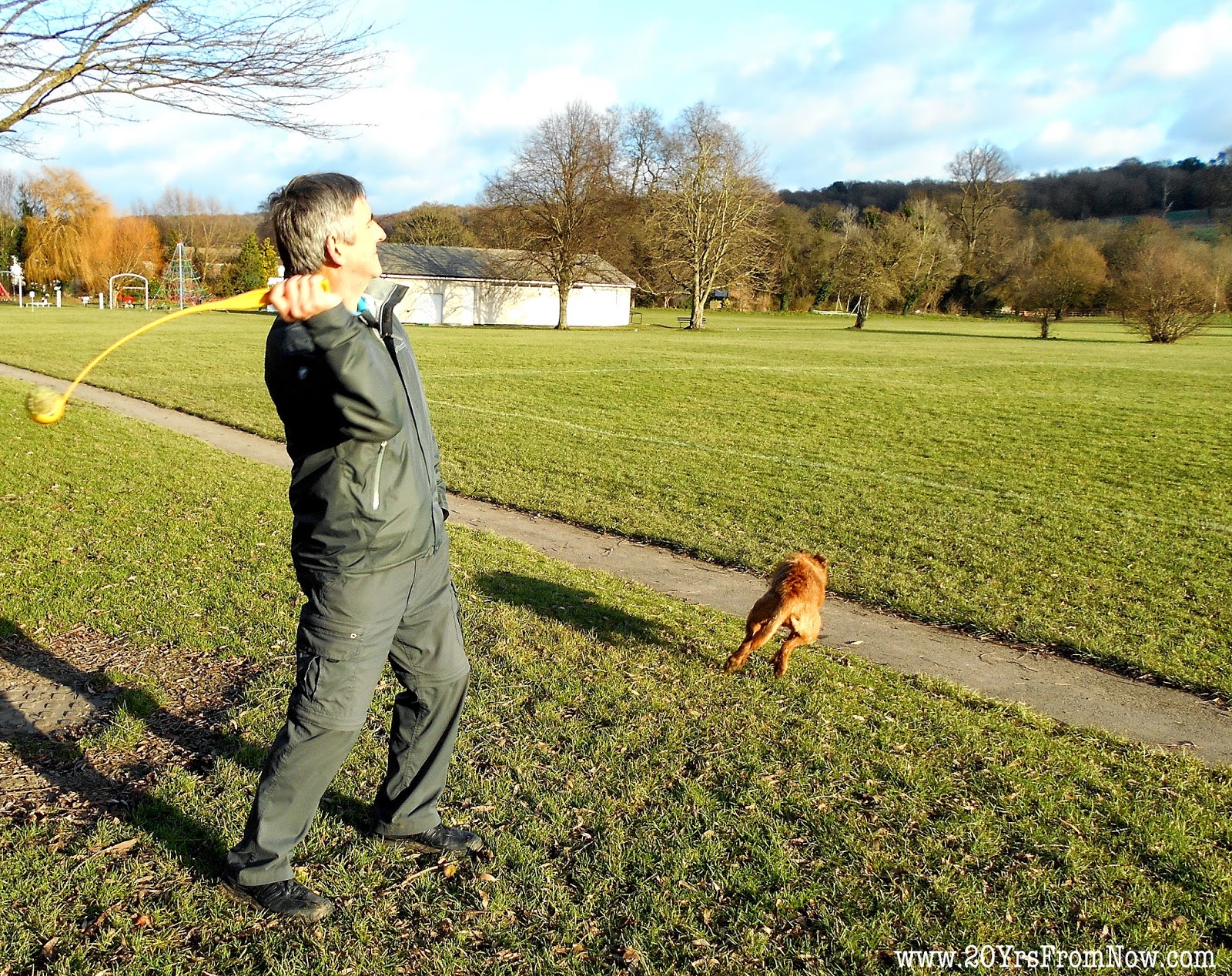 Then, he snatches it and races back as quickly as he feet can carry him to do it again. 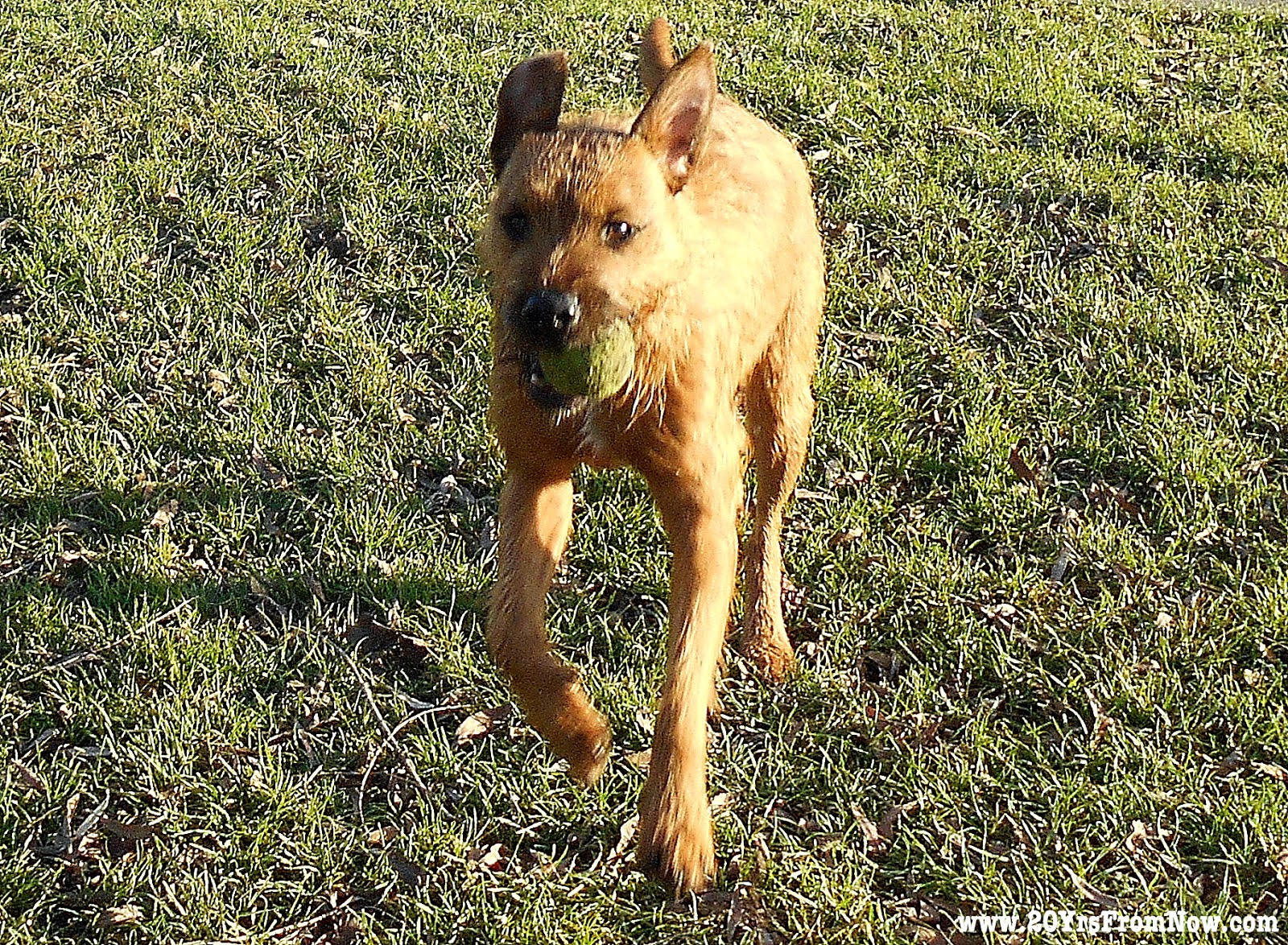 I have no idea how many times we repeated the process, but every now and then he'd run past us to jump, swim and quench his thirst in the Wye River. 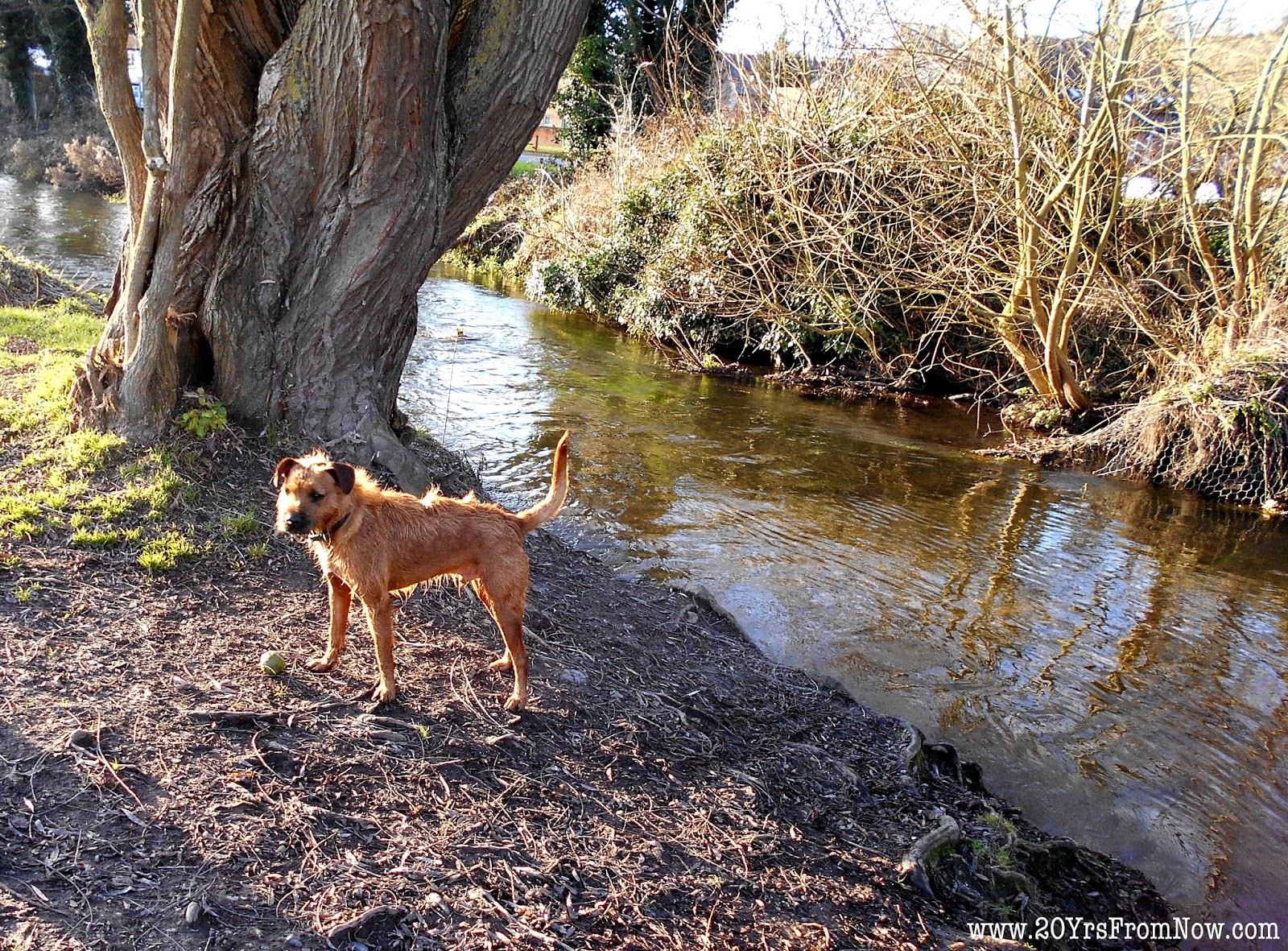 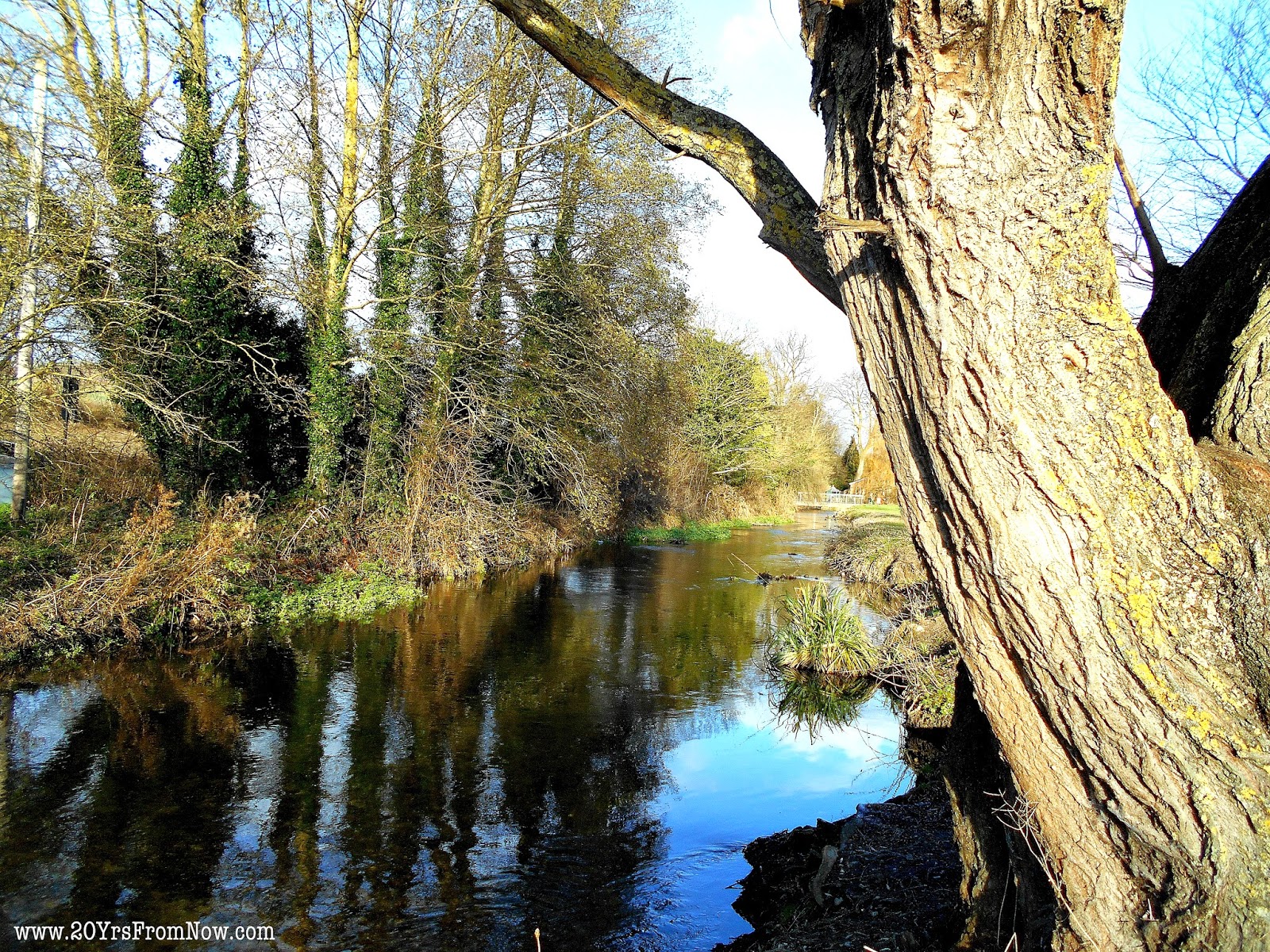 John tossed the ball for a good hour and a half and while Jasper wasn't truly ready to call it a day. 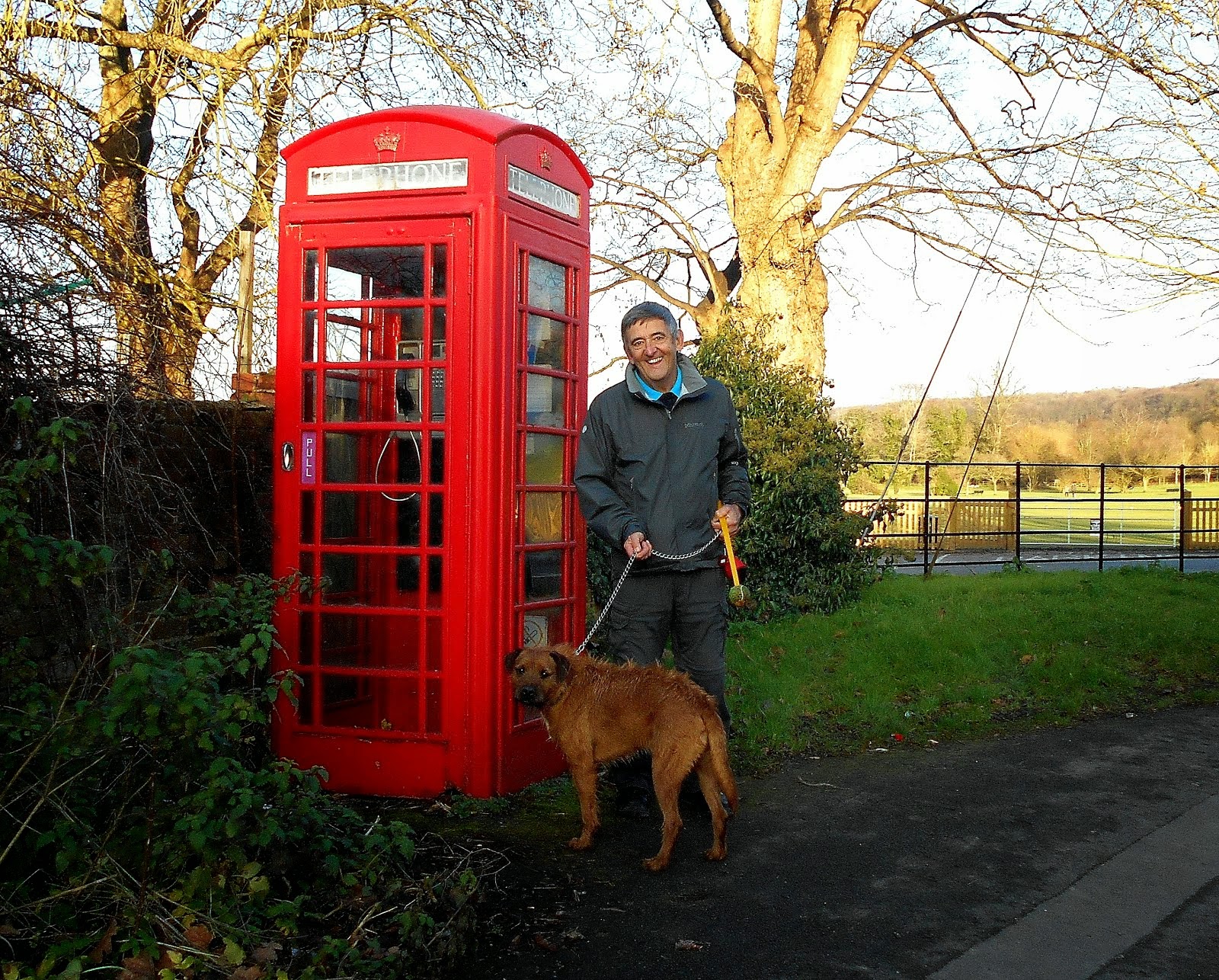 Back at home we had a Skype chat with our daughter (our son-in-law was at work). Then we devoured a delicious turkey crown dinner with British veg (brussel sprouts, squash, potatoes), Vermont cranberries and mince pies. Later that evening we chatted via FaceTime with my sister, her family and our 102-year old step-father who live in Nanaimo, B.C., Canada.

We hope your Christmas was as lovely as ours and you received everything on your list like we did.