Whitby Abbey dominates the landscape. It's visible from almost every vantage point, including the bay window of our flat. Walking through the town, whether old or new or atop the west cliff, it's always there making it's presence known. 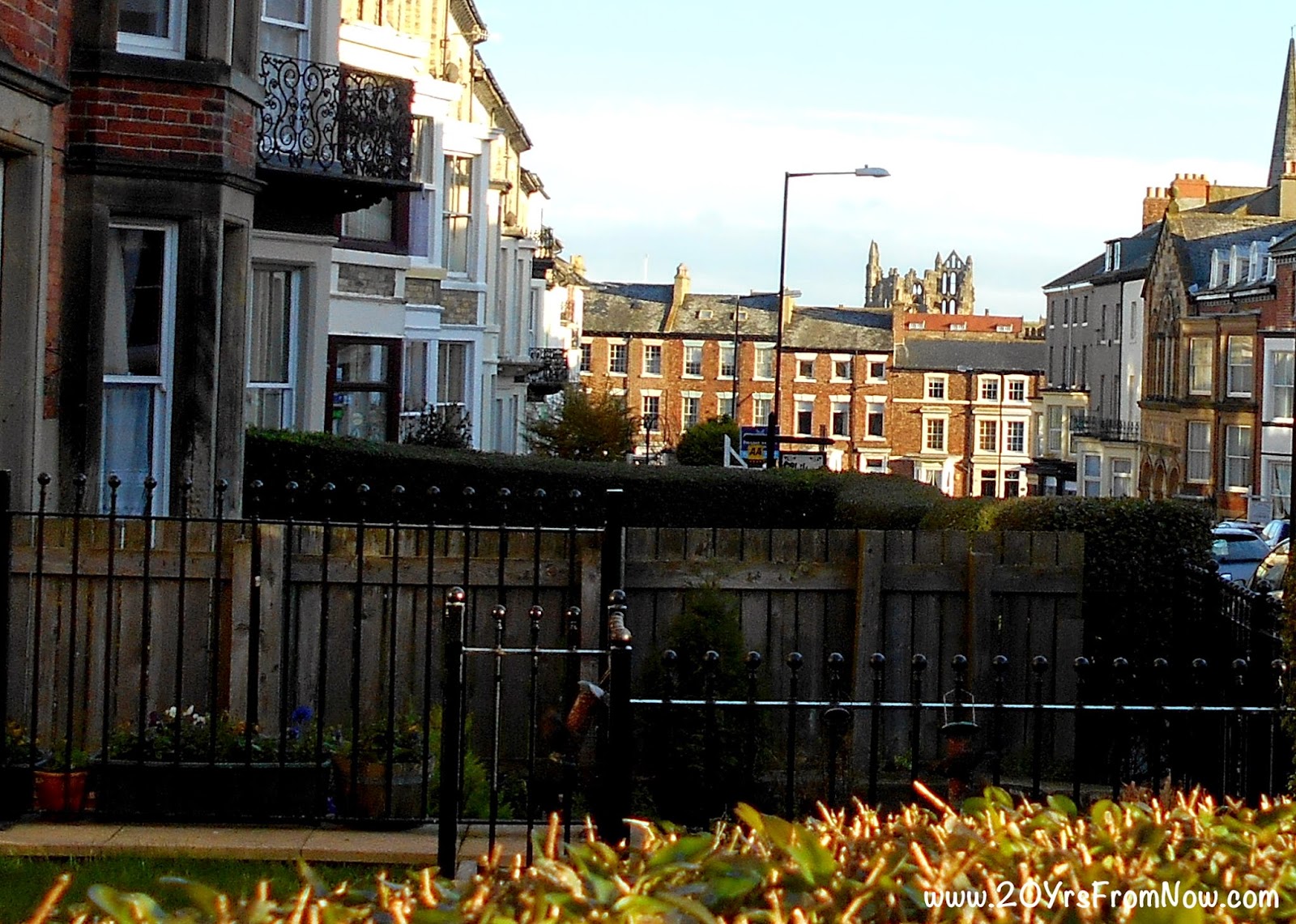 Getting to the Abbey is accomplished via the 199 steps that begin in old town. 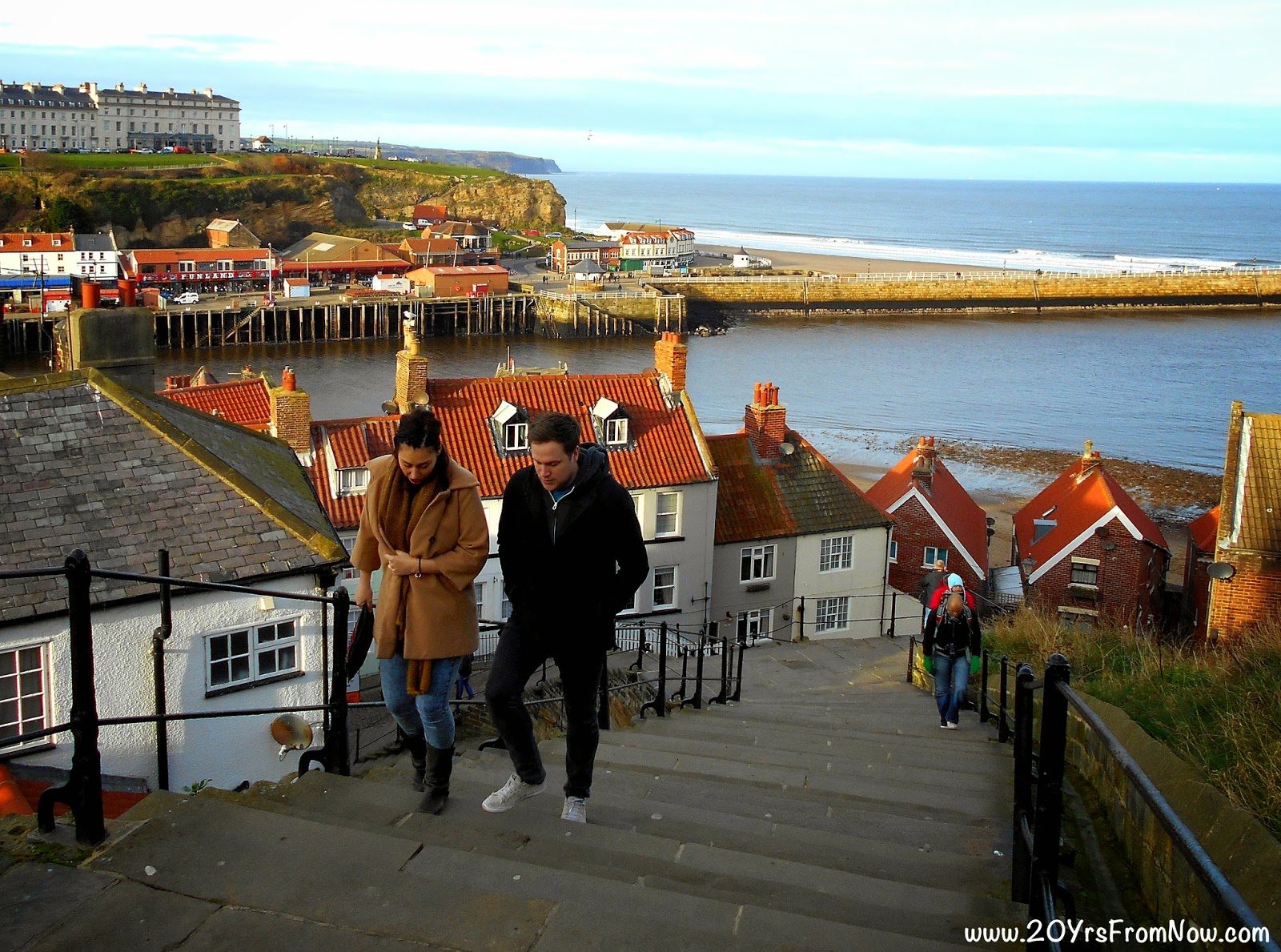 Before reaching the Abbey, however, the first stop after reaching the top is St. Mary's Church. Begun in 1100, it and its extensive cemetery is said to be the inspiration for Bram Stoker's Dracula. 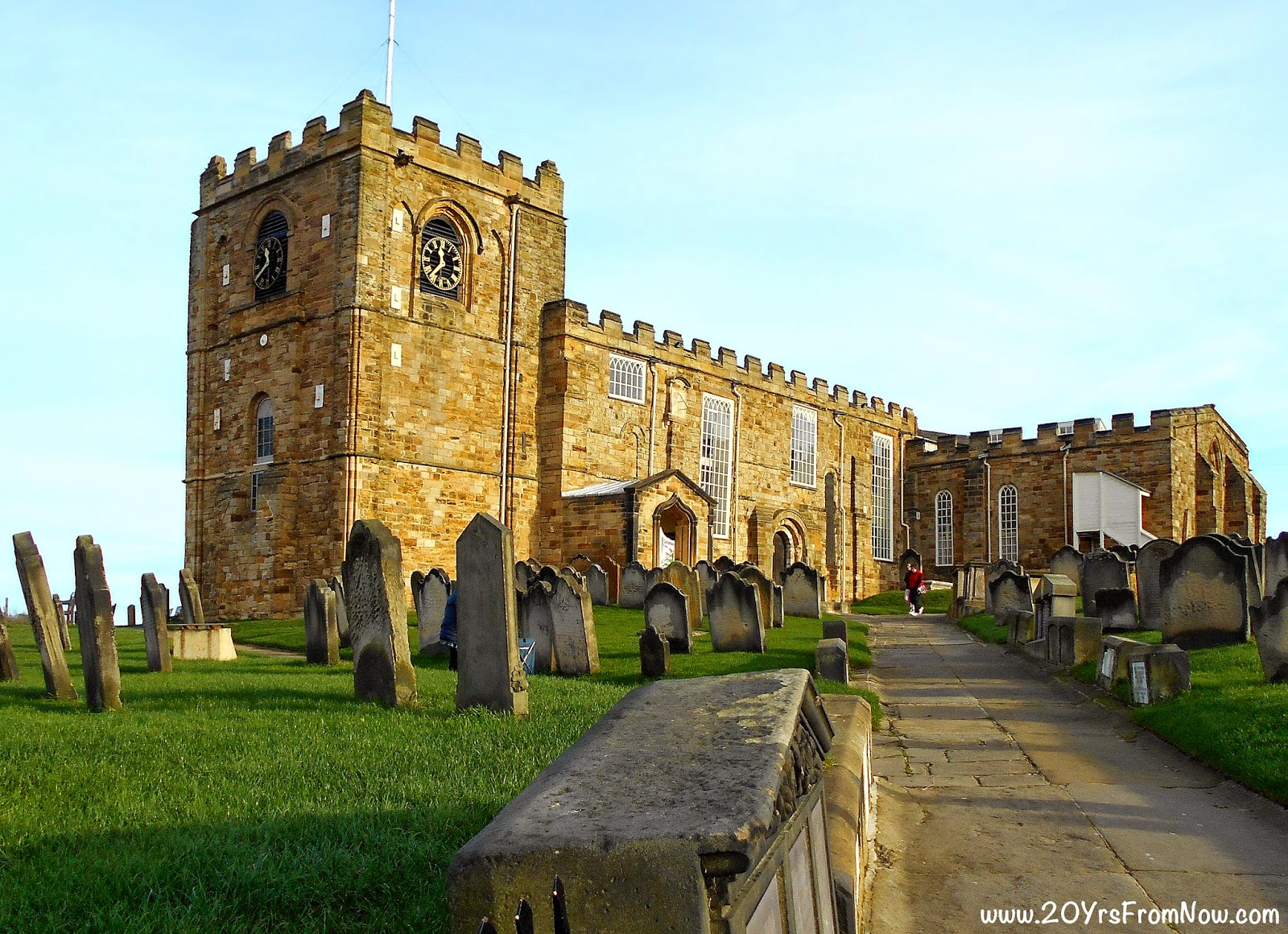 This Celtic Cross is facing in the opposite direction and at the top of the 199 steps. 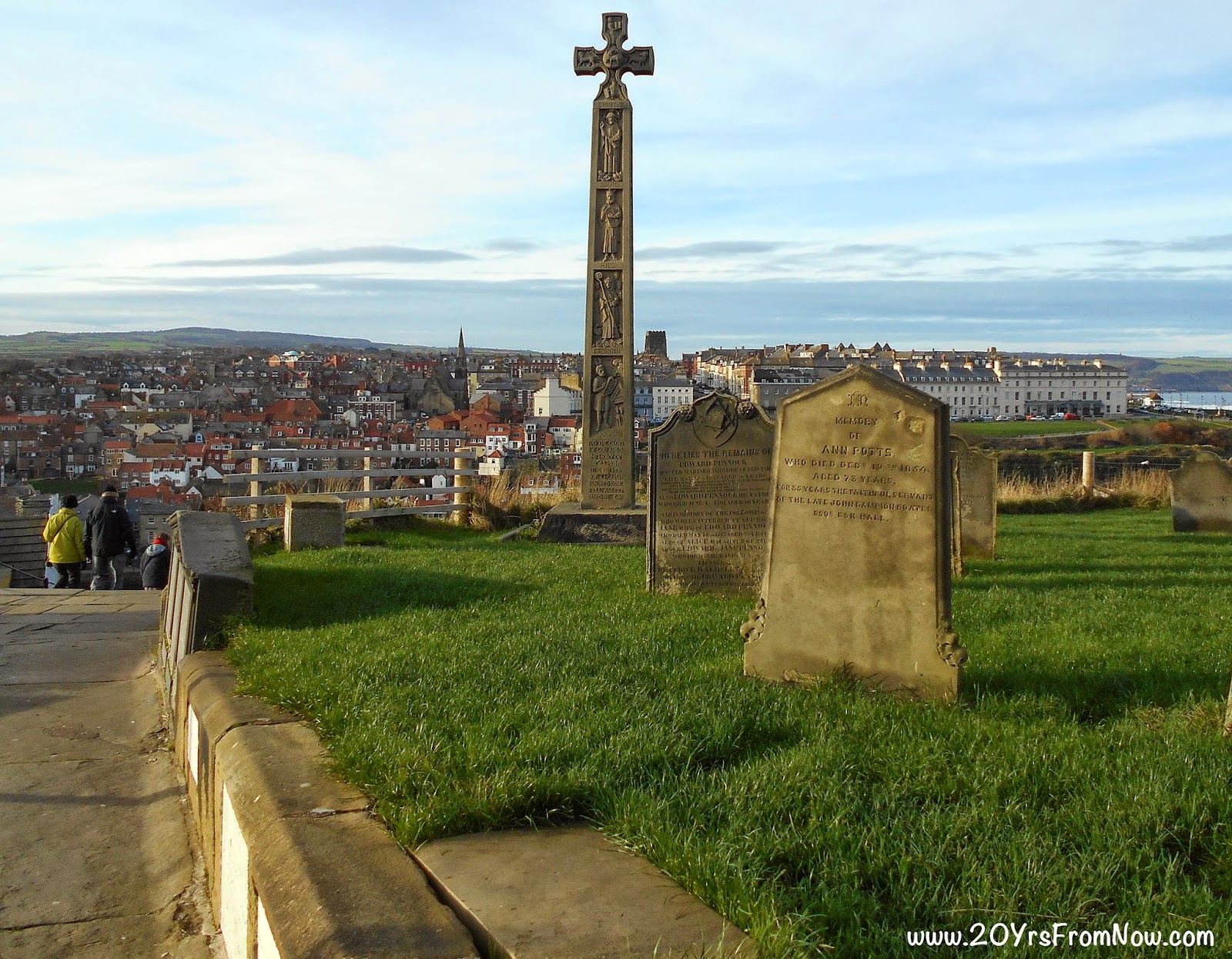 The Church is an odd mixture of boxed pews, a triple decker pulpit and Elizabethan communion table. 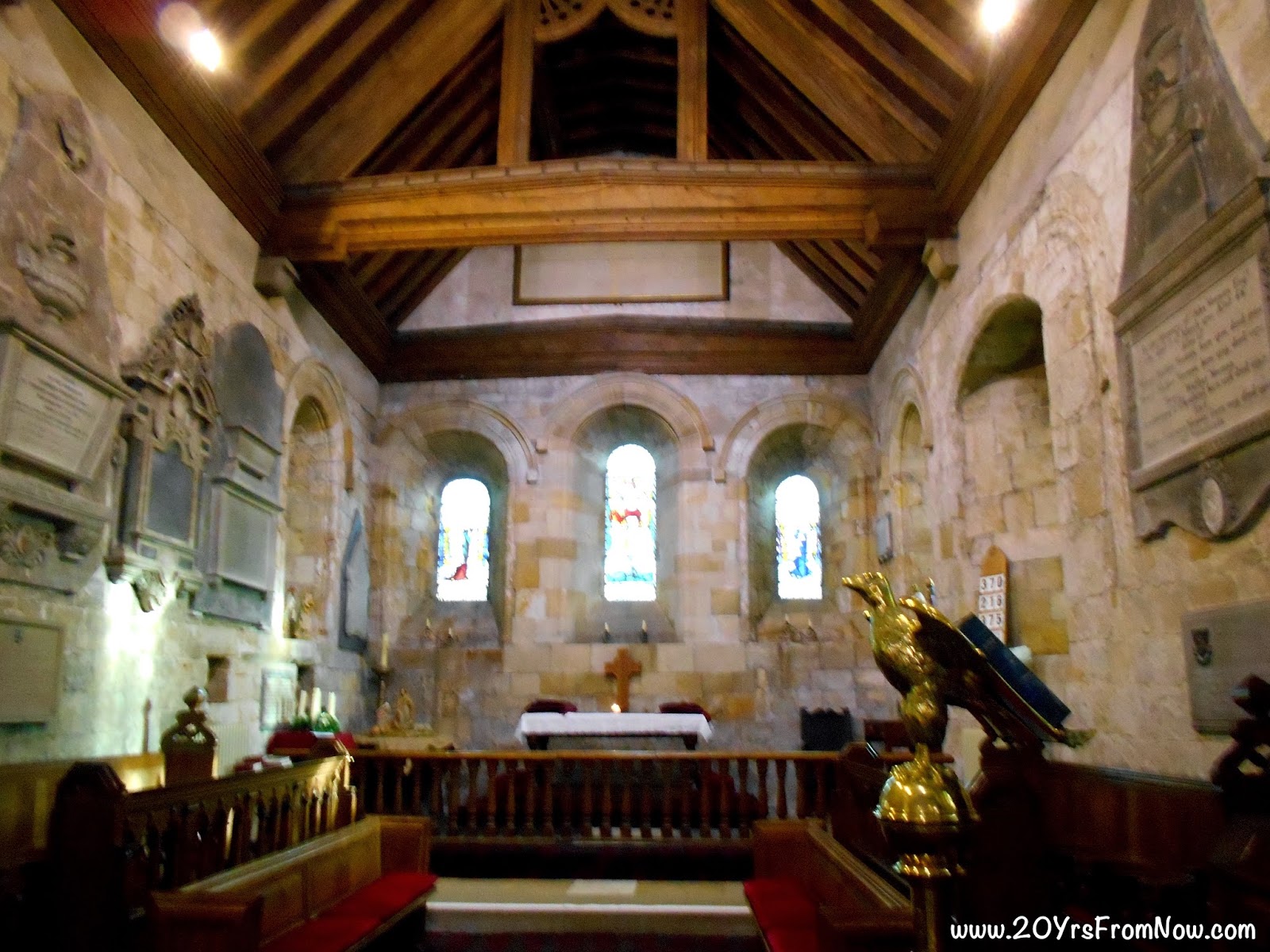 We also happened to see it all decked out for the holiday season with its annual Christmas tree display. There were dozens of them, all decorated by a local group or service club. 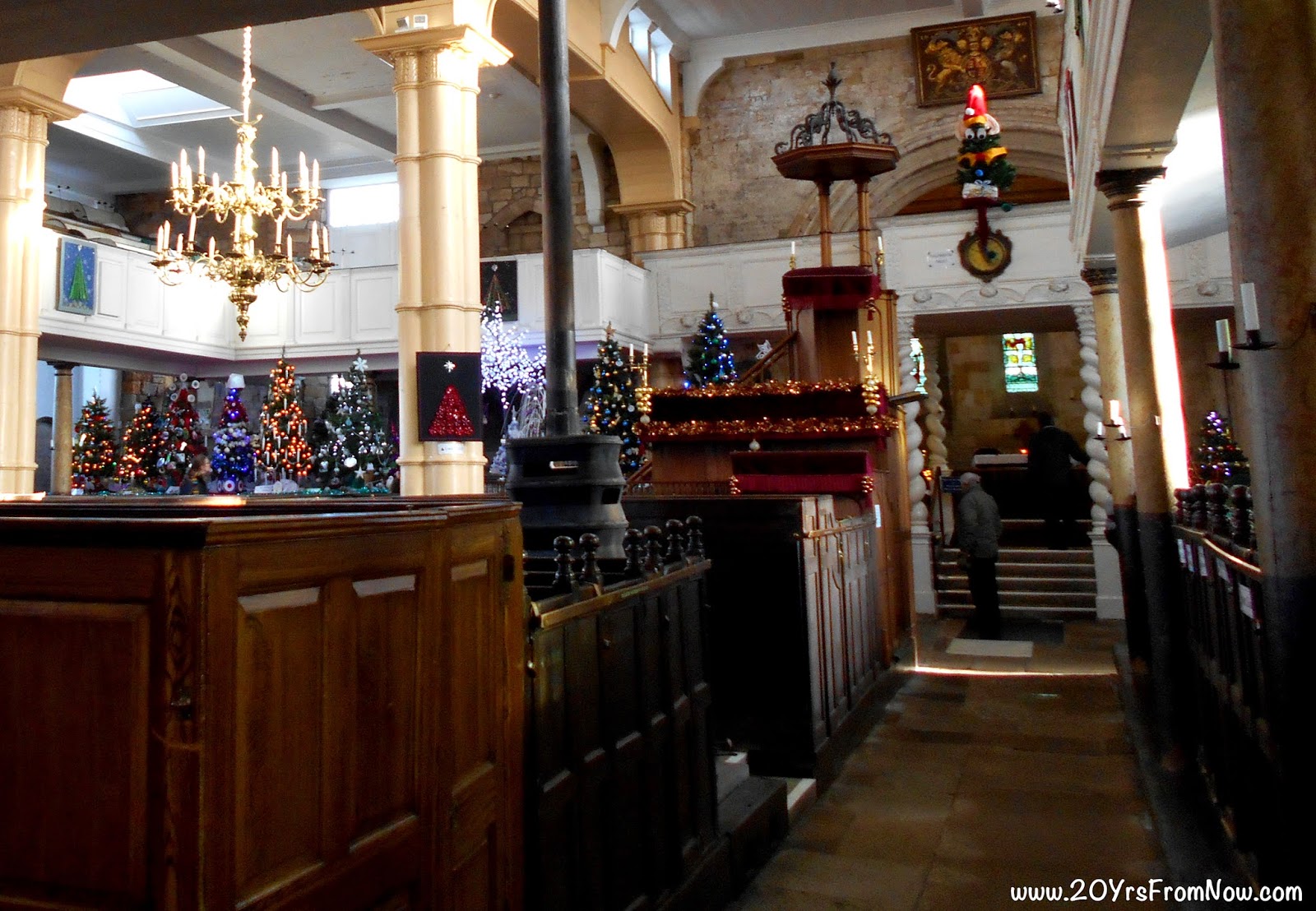 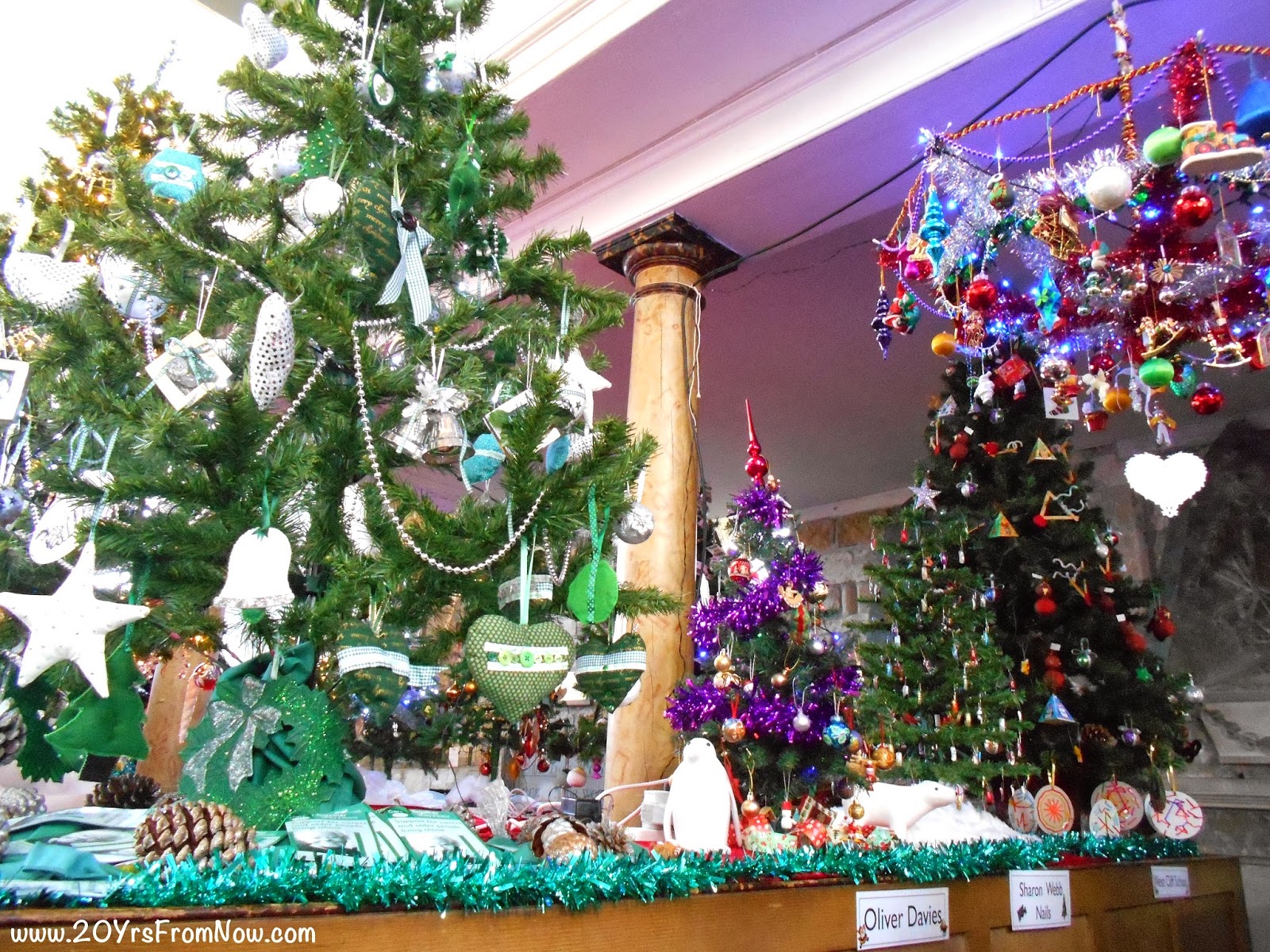 Back outside we walked around the church to get a feel for it from every angle. 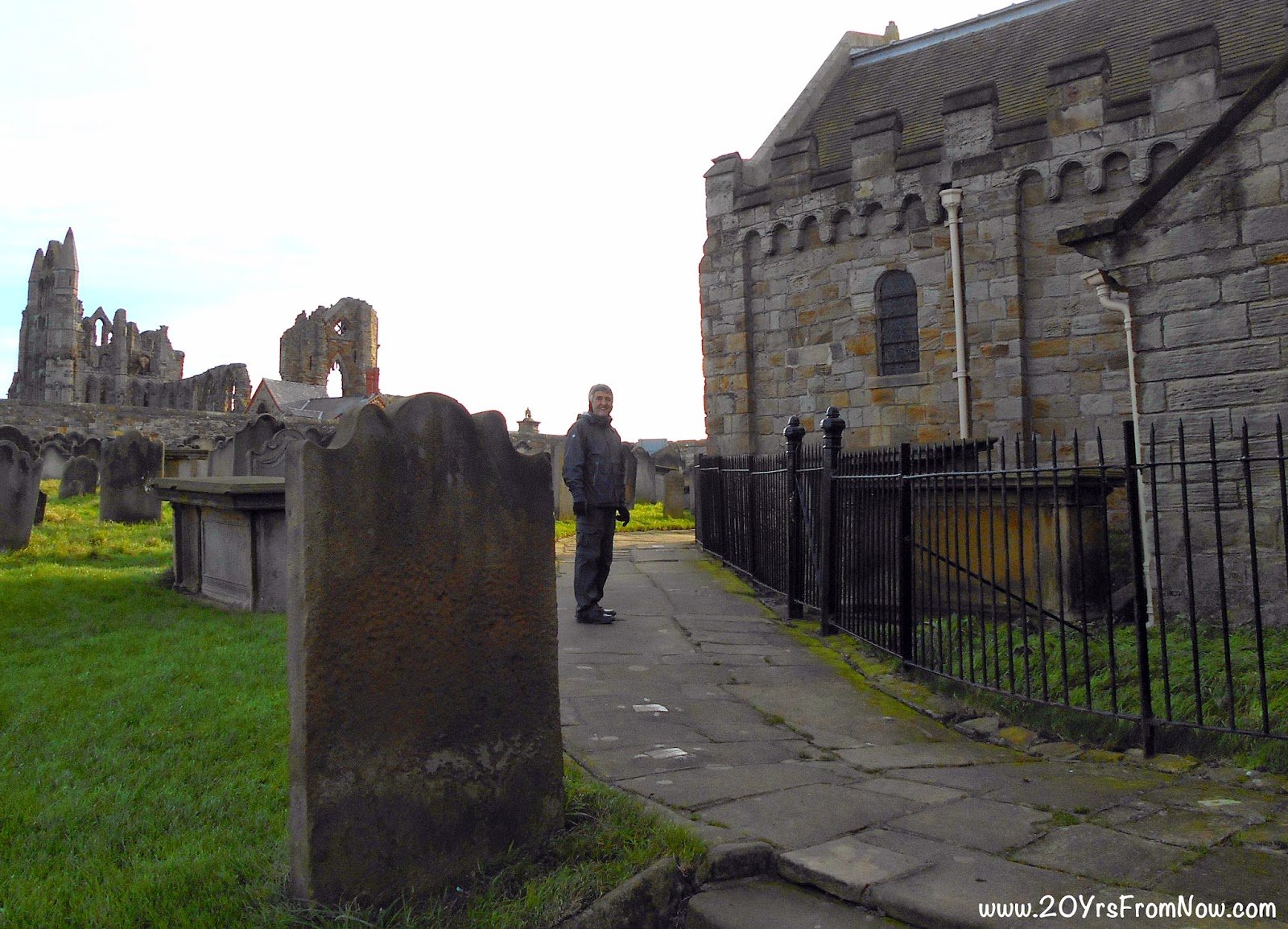 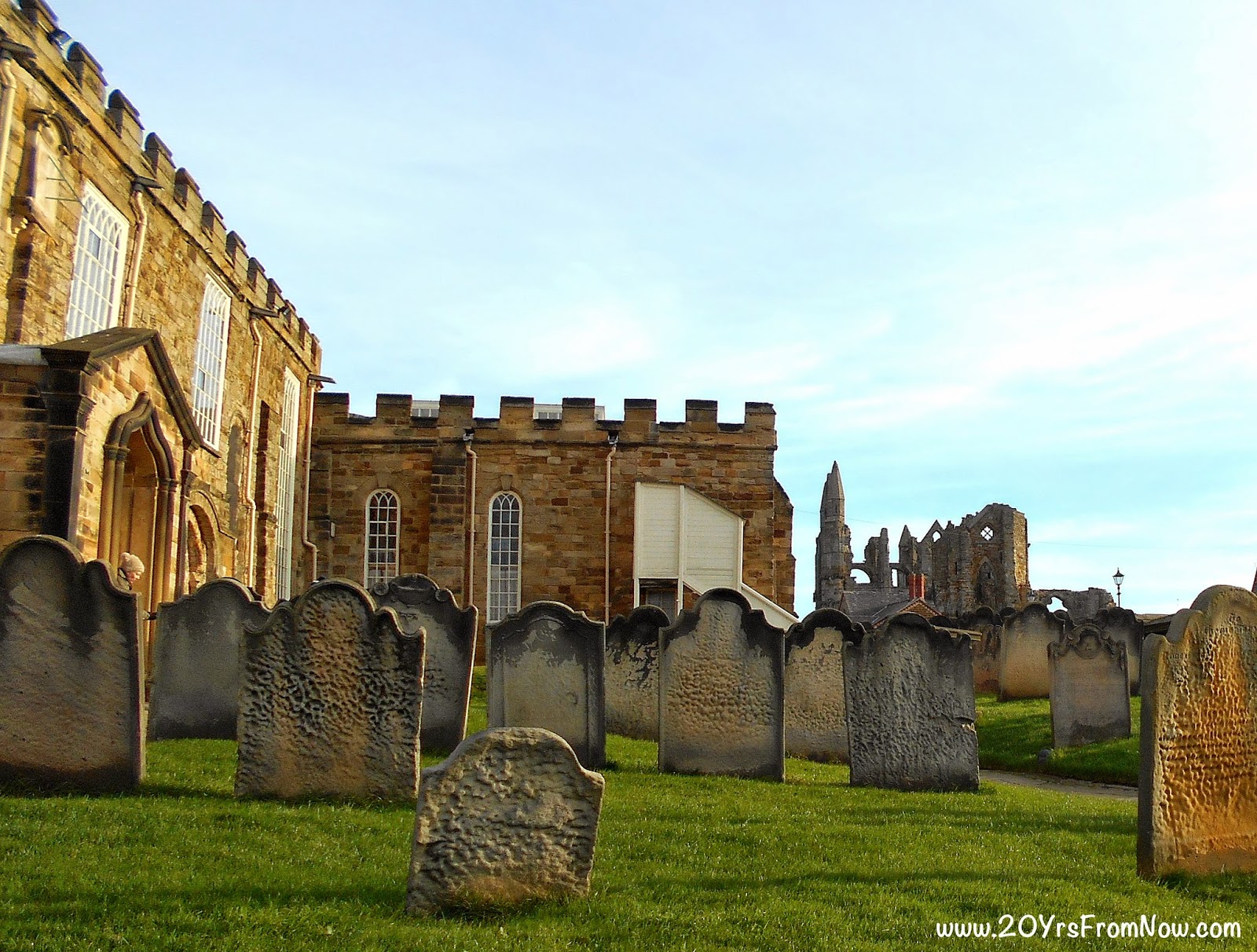 I never get tired of the views of Whitby and the surrounding countryside. 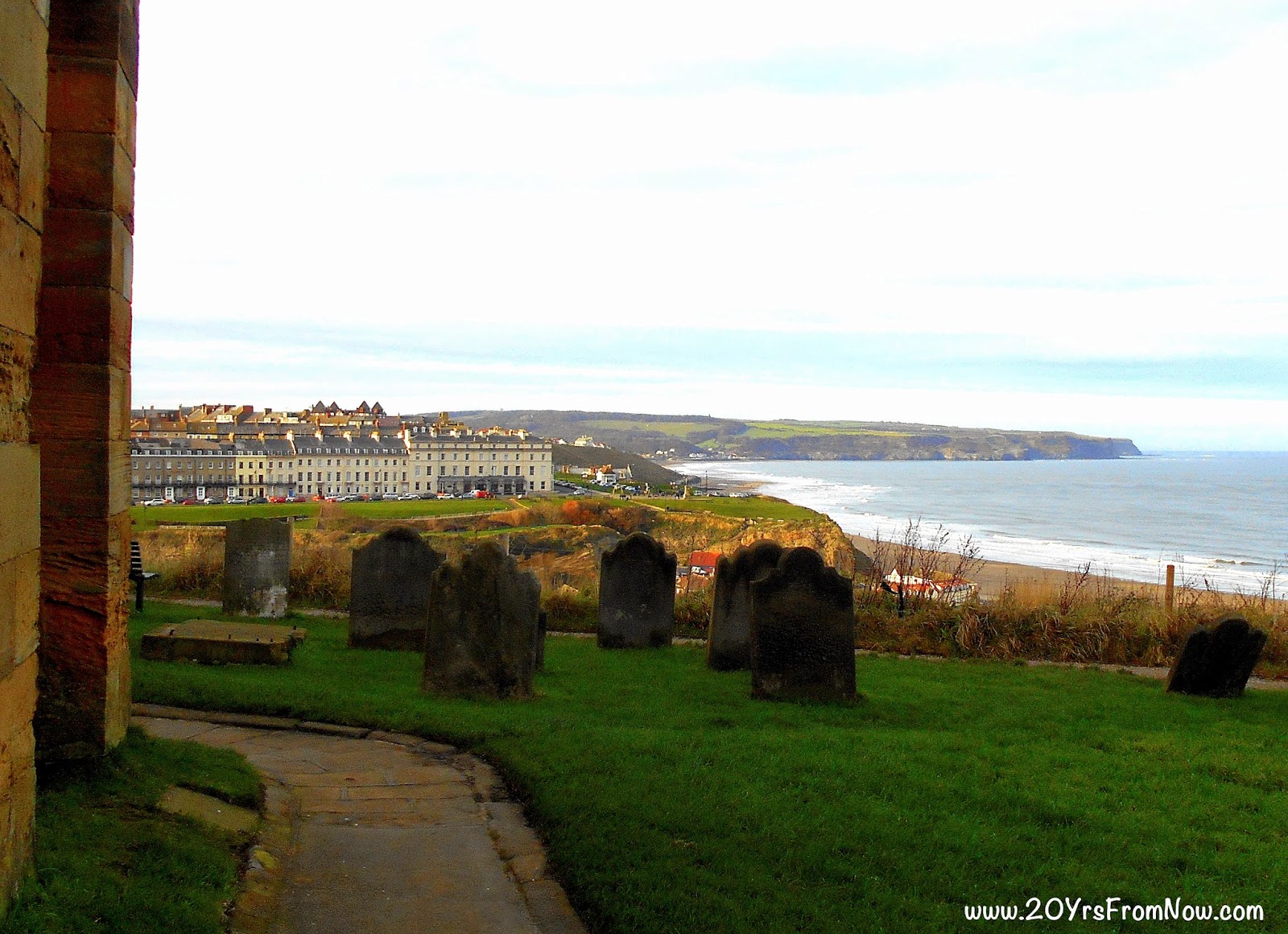 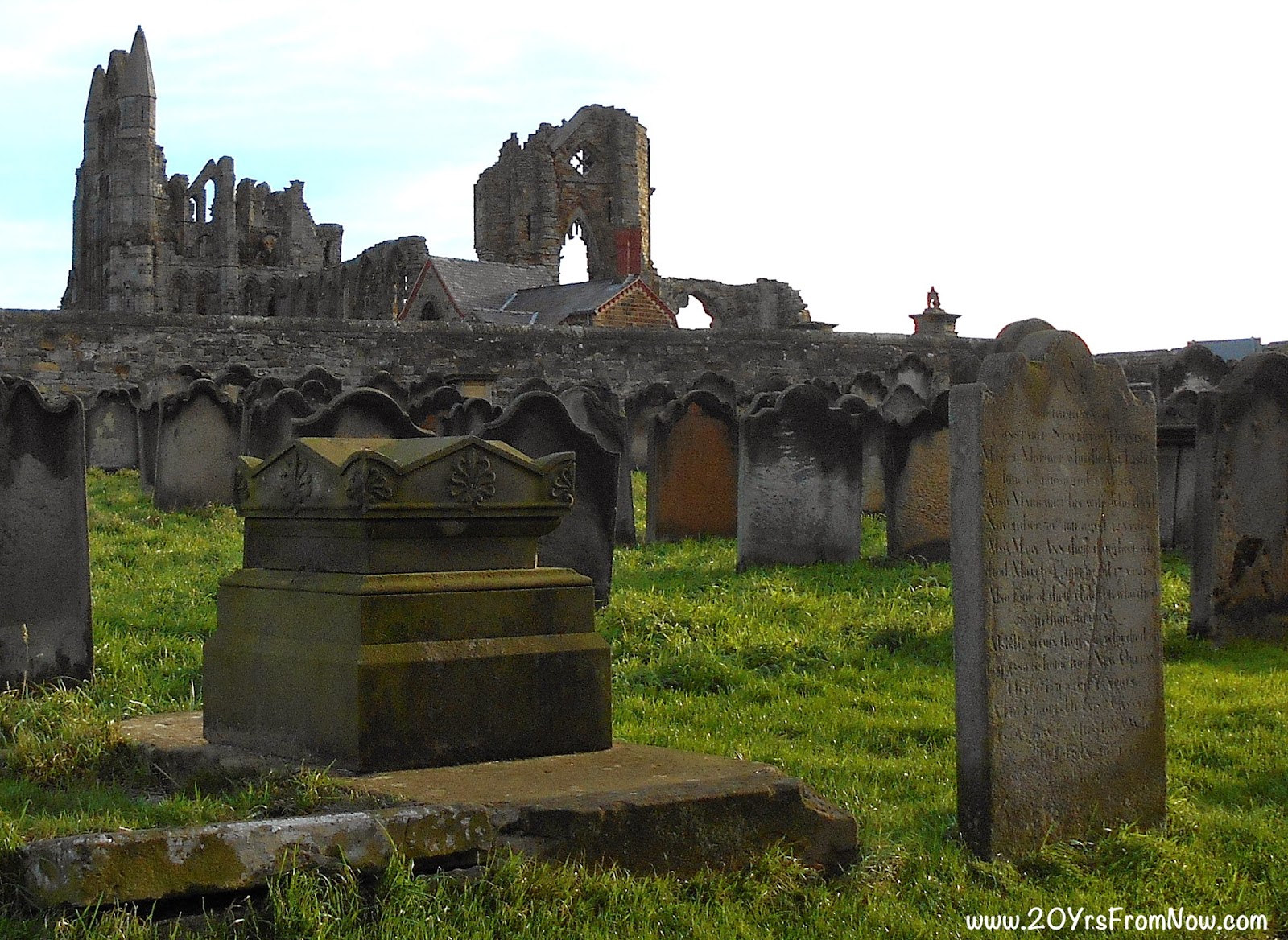 And then we continued through the cemetery and headed for the Abbey. While we were far from the only ones touring the site, we were fortunate to be able to take photographs with few if any people in them. 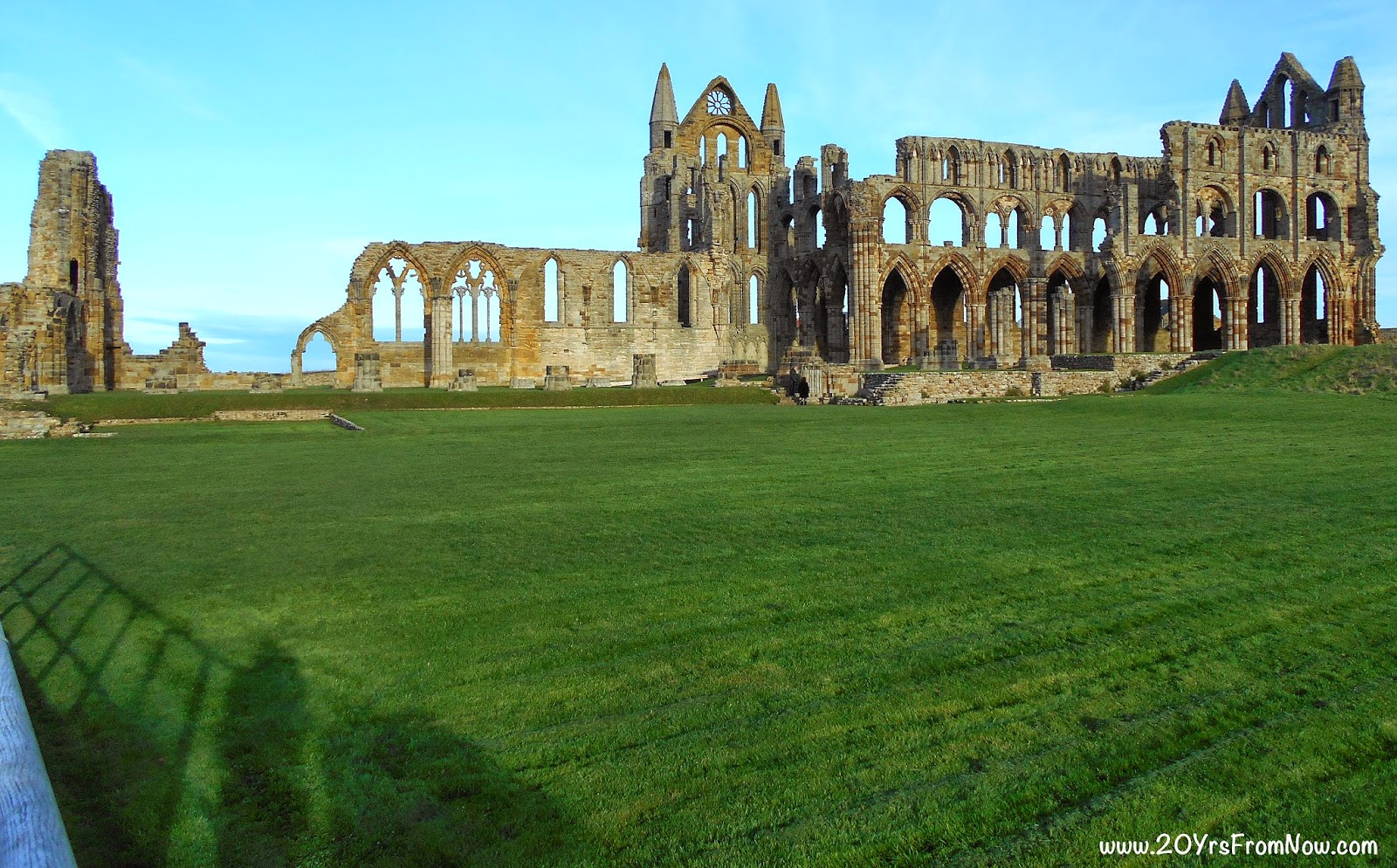 Walking inside the ruins gives some idea of the immensity of the abbey. These two photos were taken facing east. 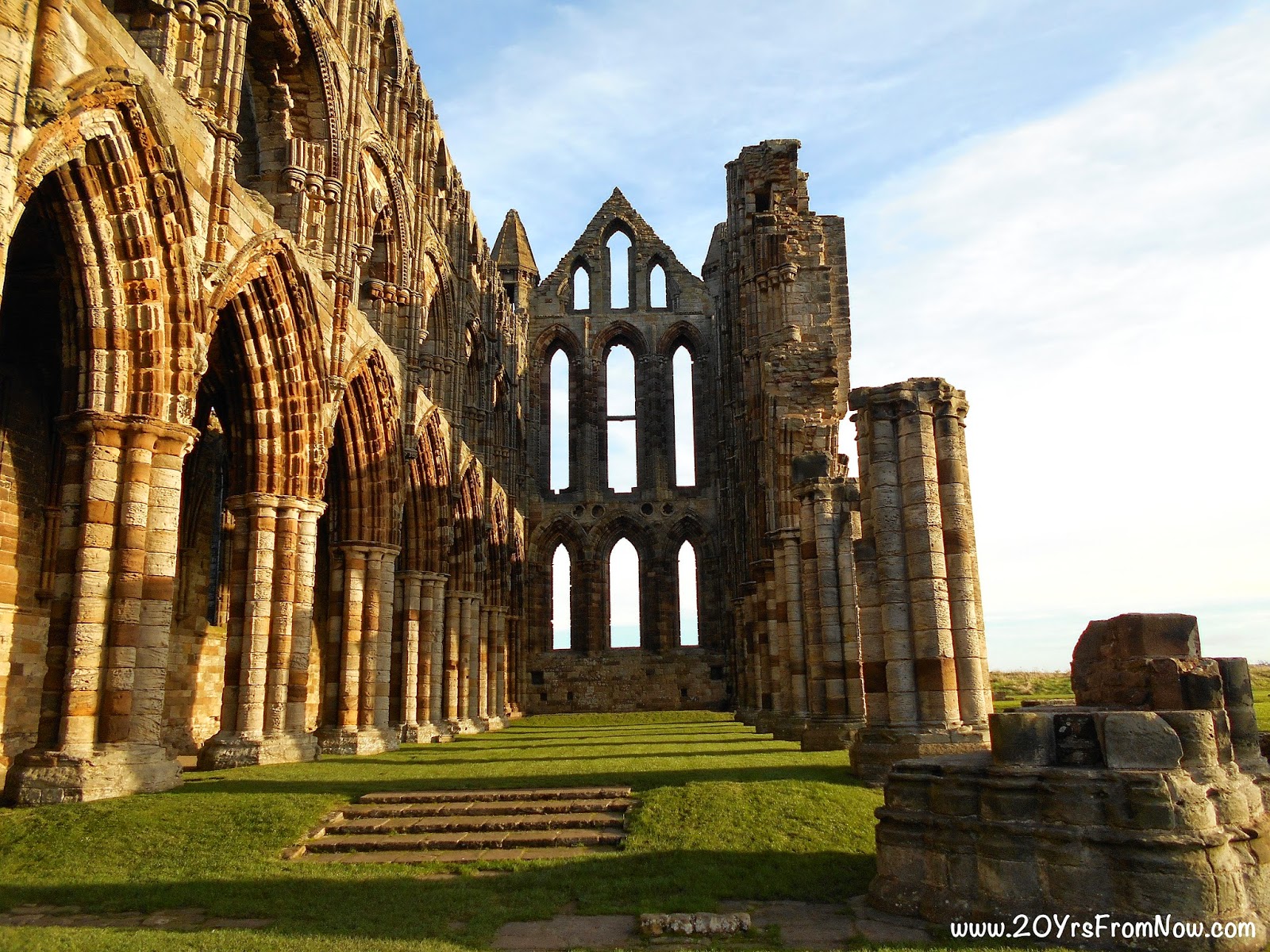 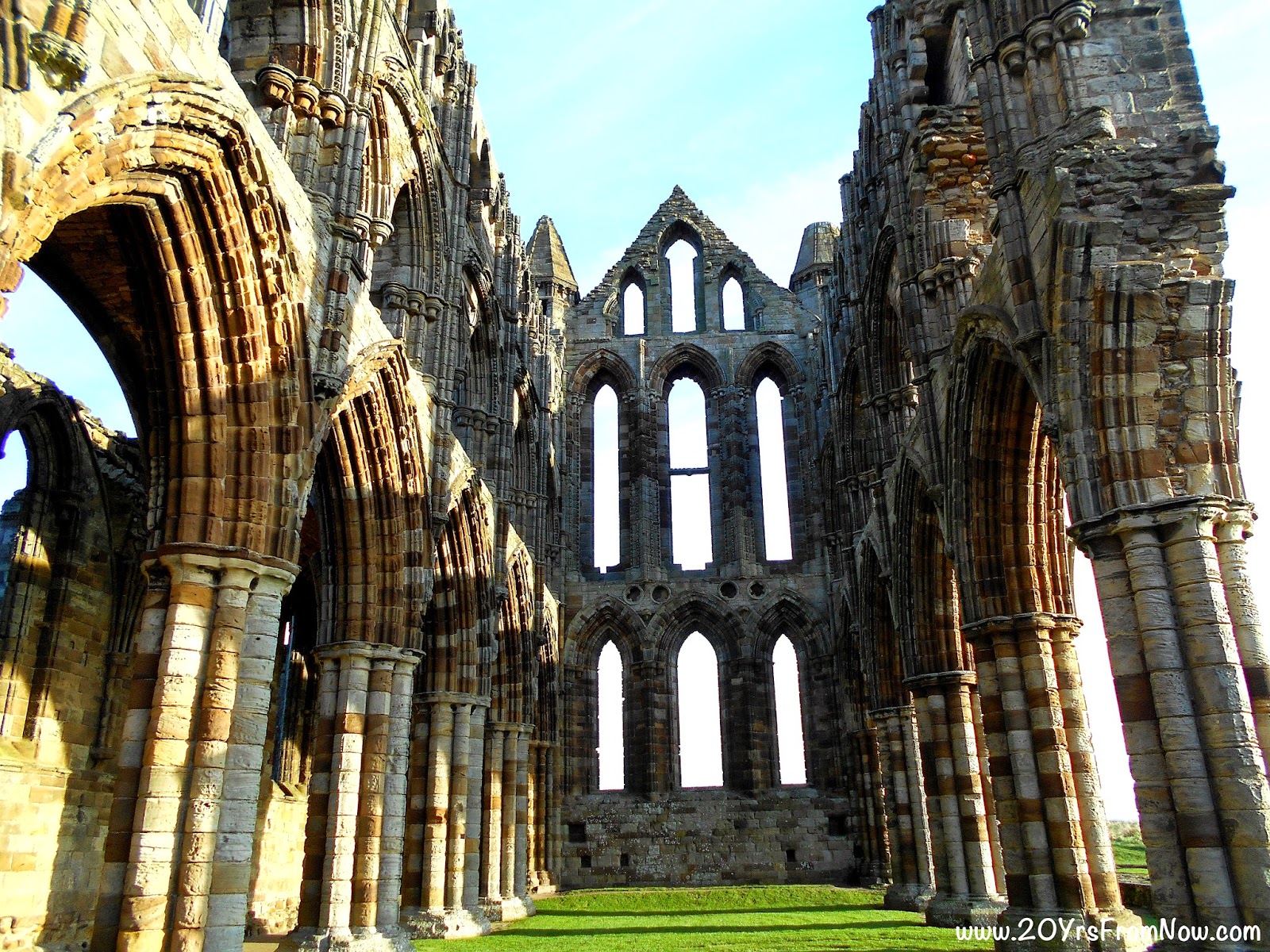 This is facing west with Whitby and the coastline in the distance. 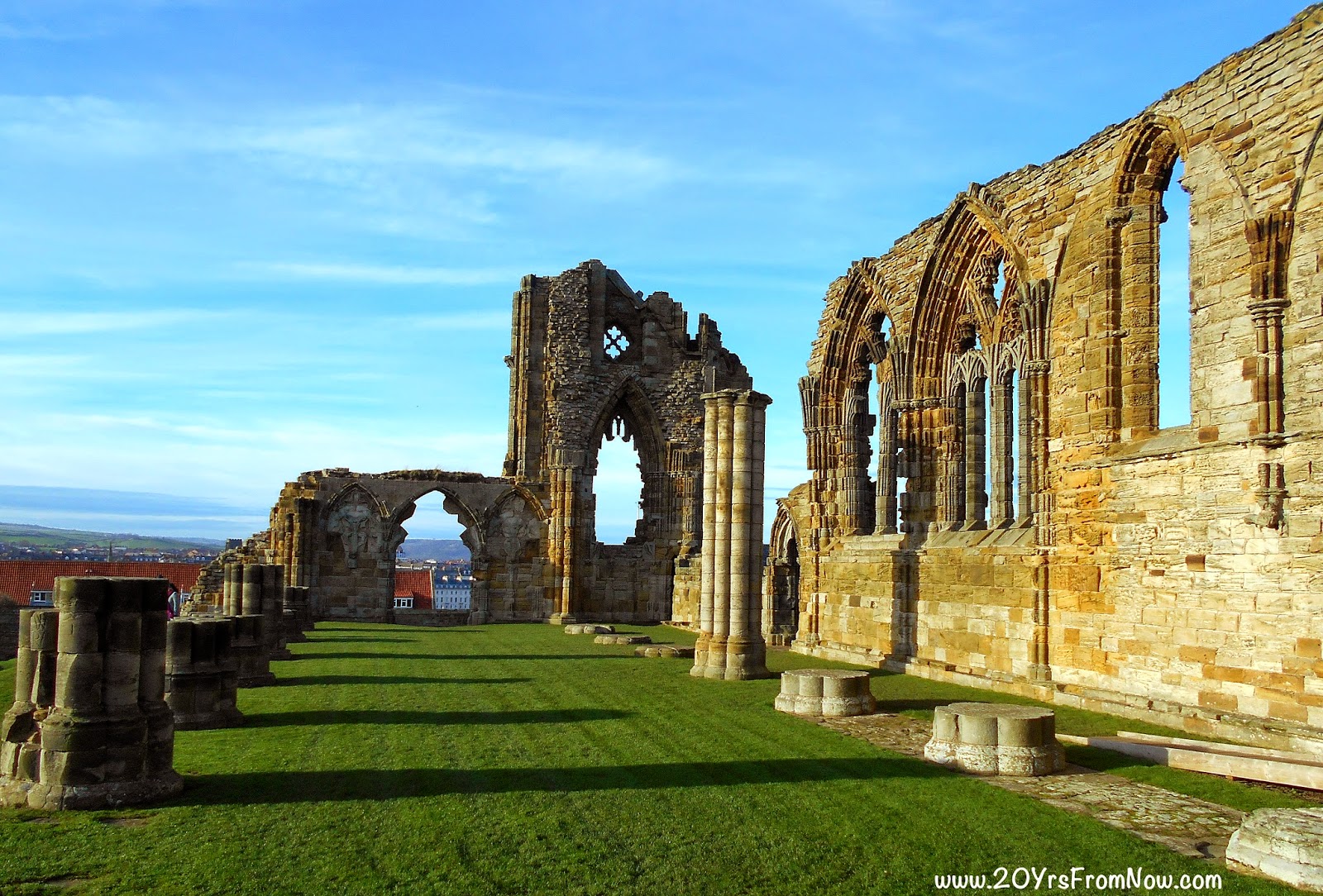 The abbey is surrounded by grassland and I had to walk quite a distance to be able to fit the entire abbey into the camera screen. 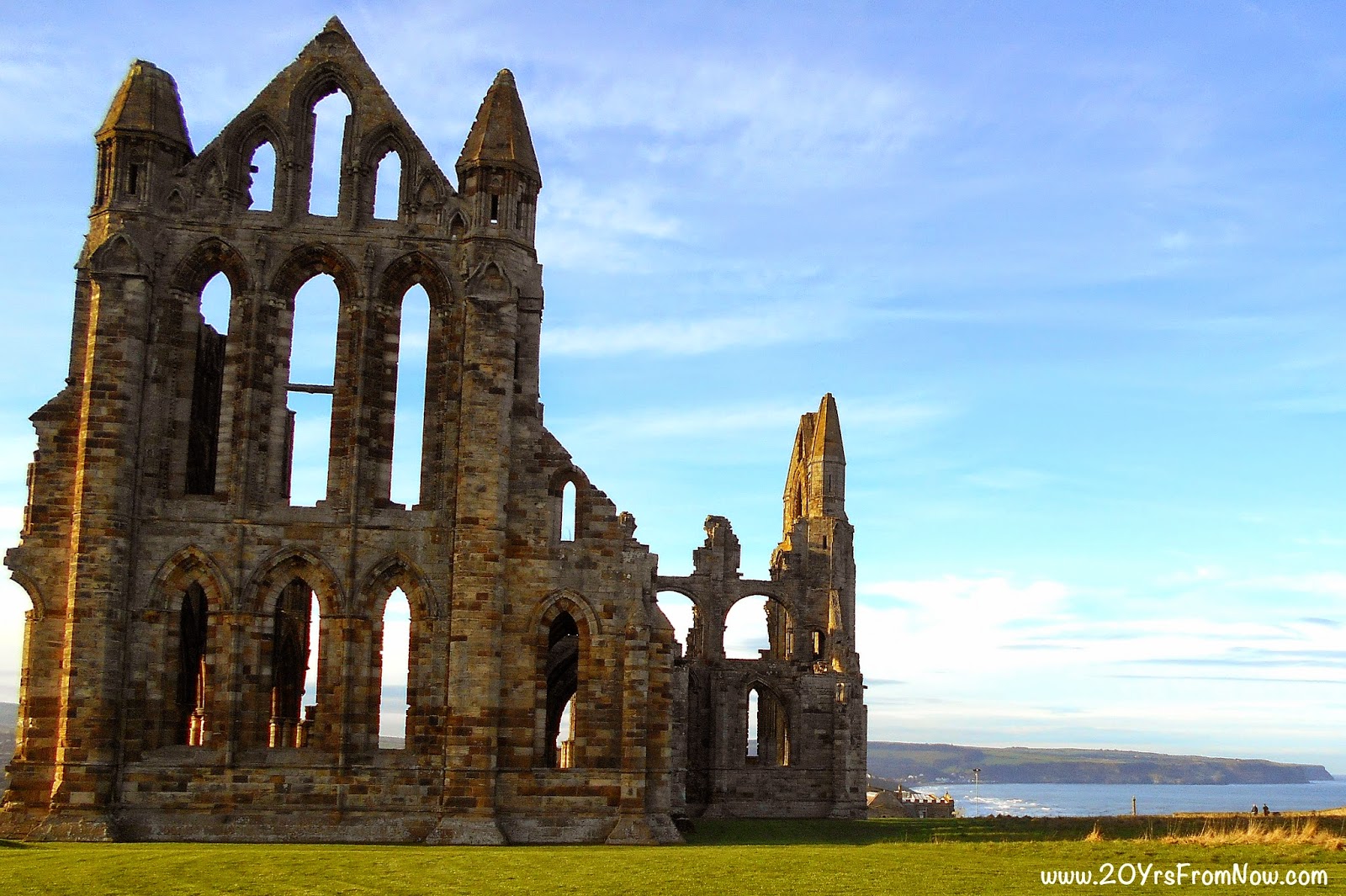 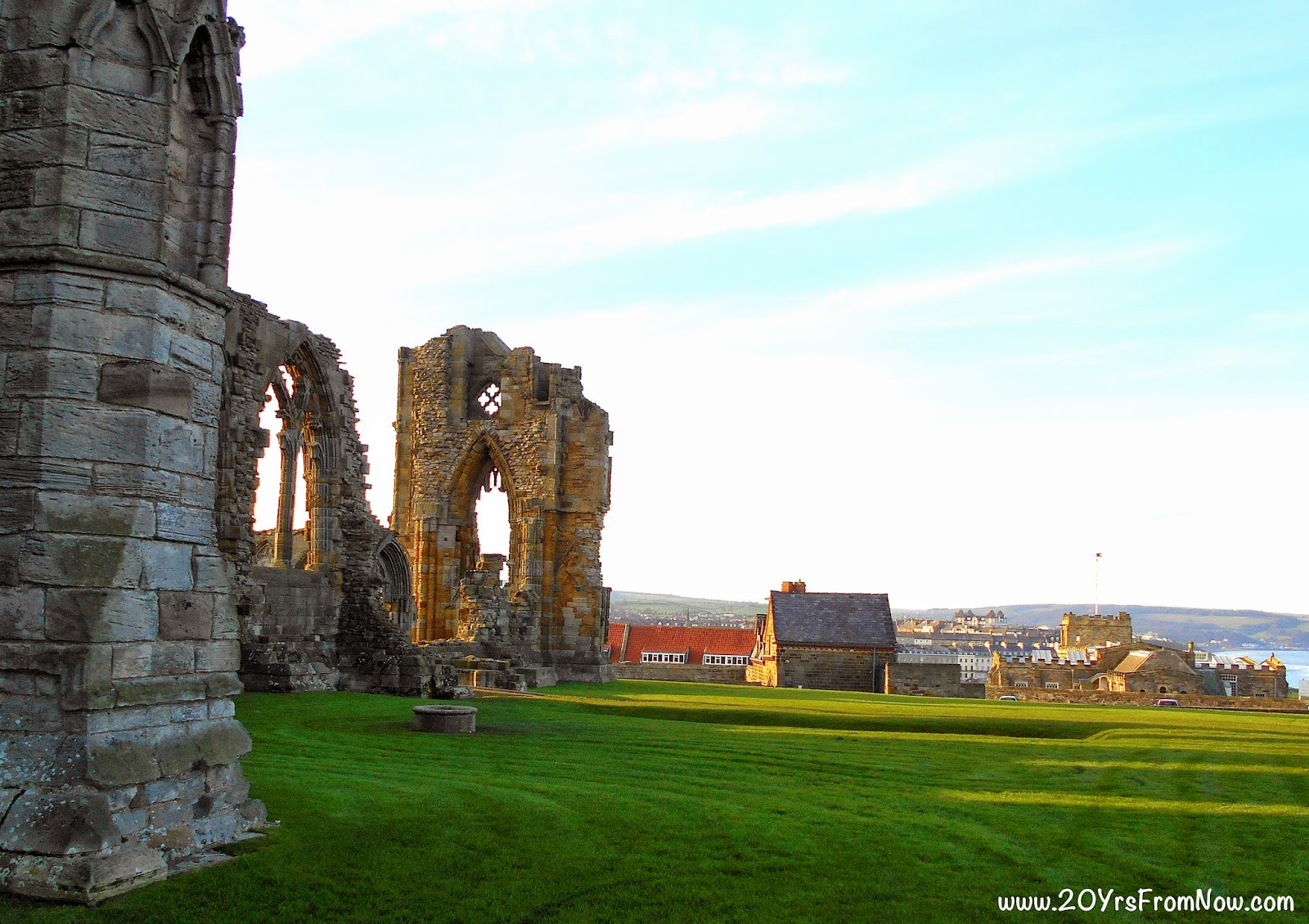 The carving details were demolished during the Reformation as is clear from these closeups, yet the majesty of the abbey is unmistakable. 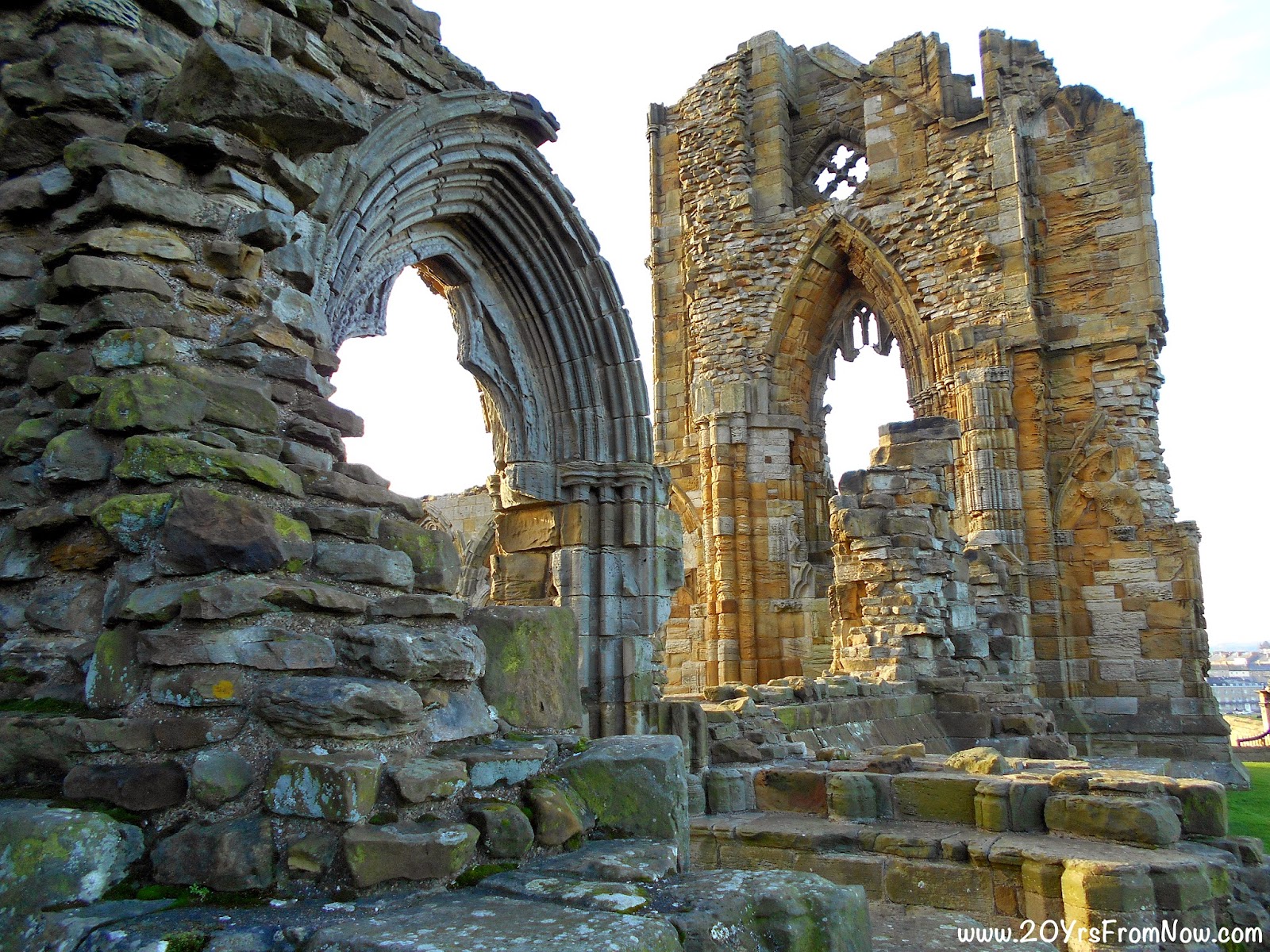 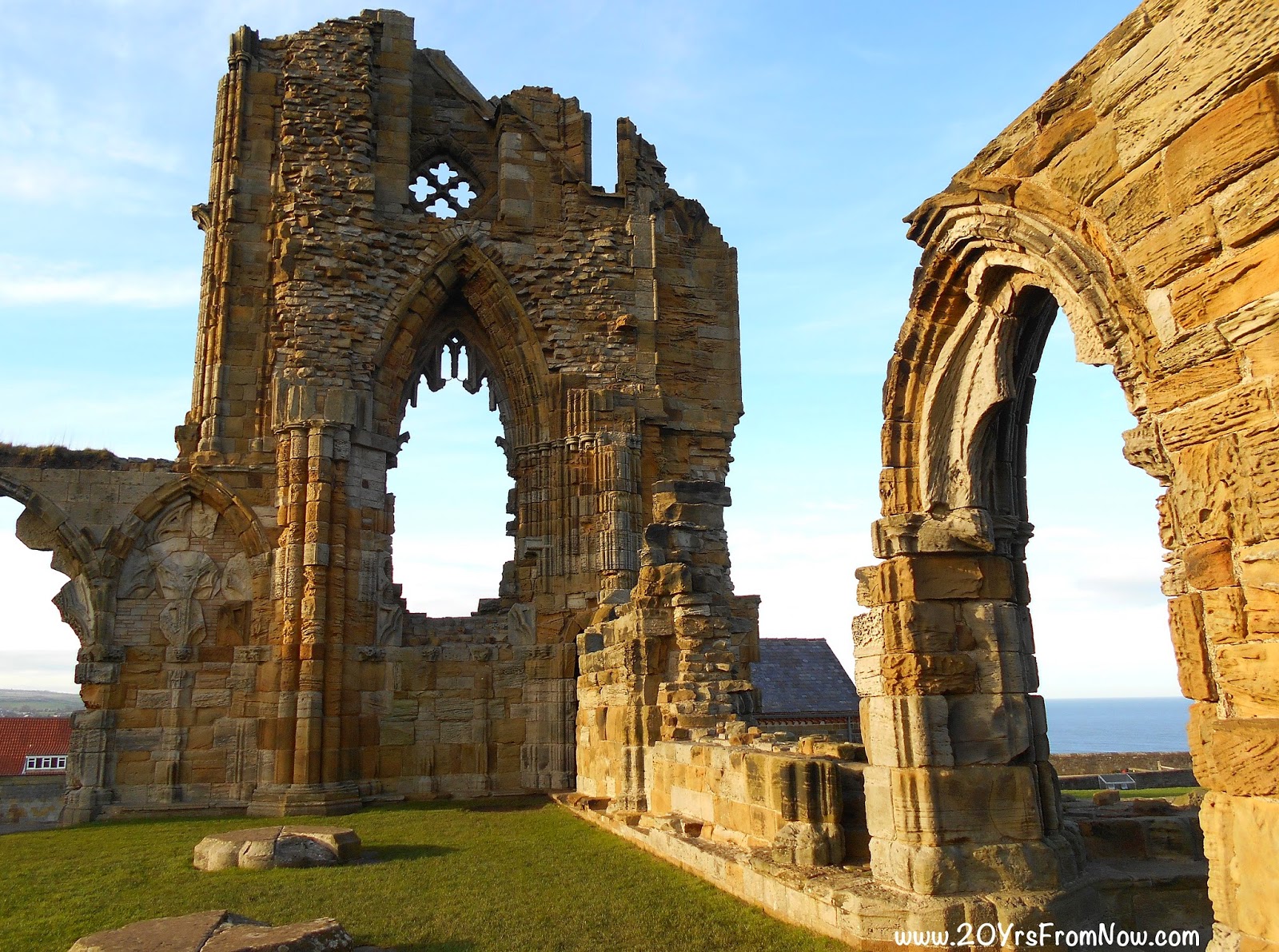 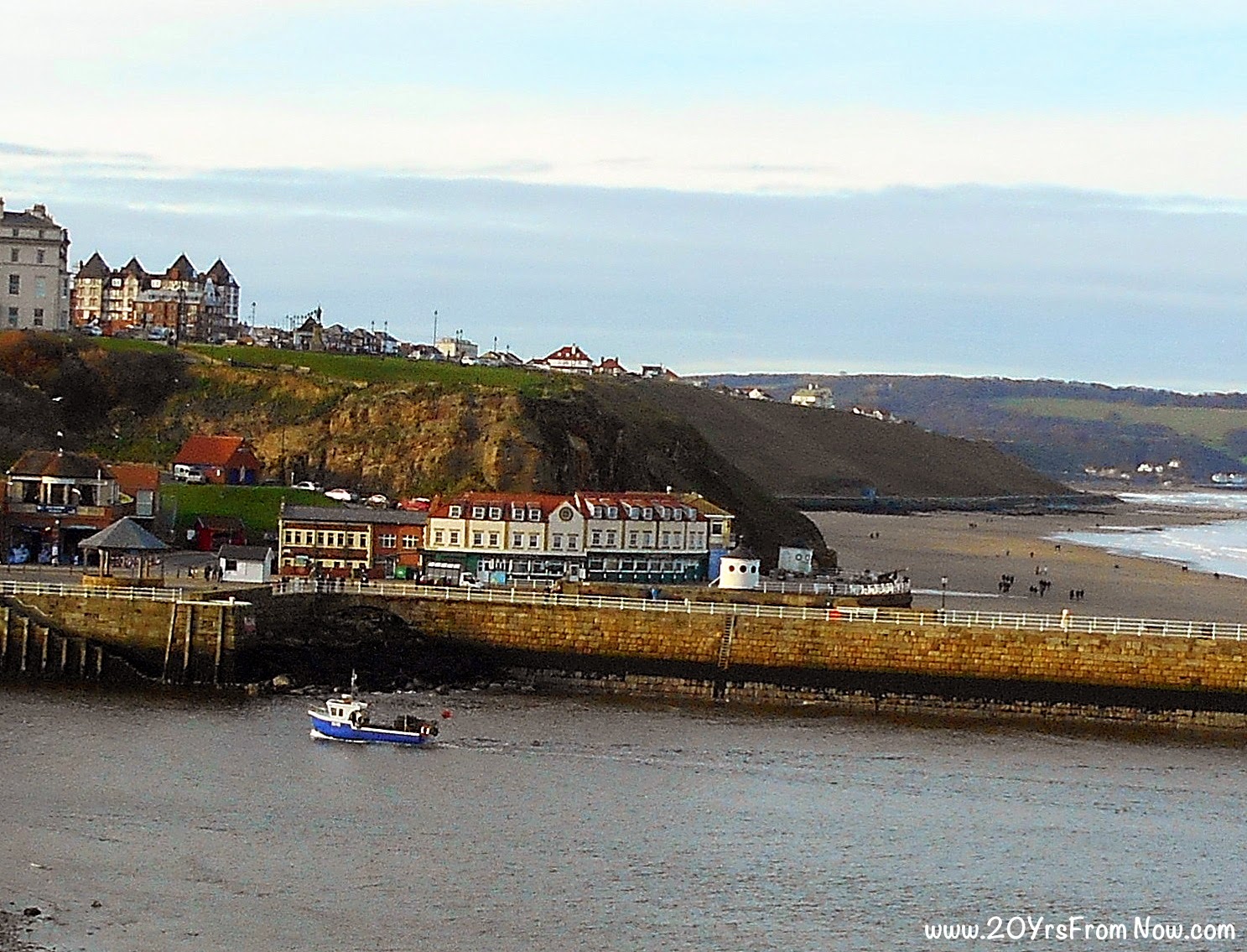 ...we stopped at the Quayside Restaurant for lunch. 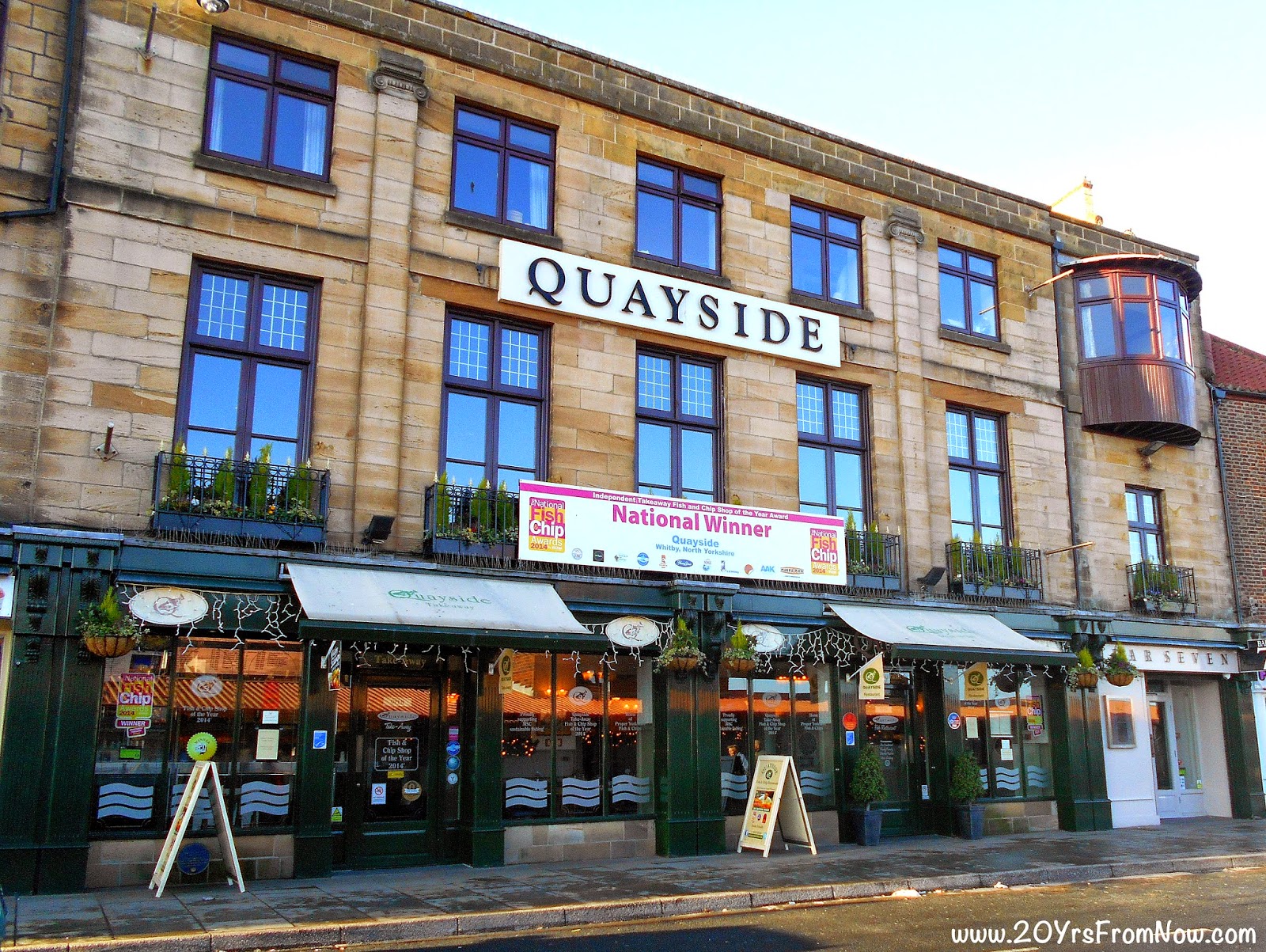 It was voted the 2014 national winner for serving the best fish and chips in the UK and we have to agree it was delicious! 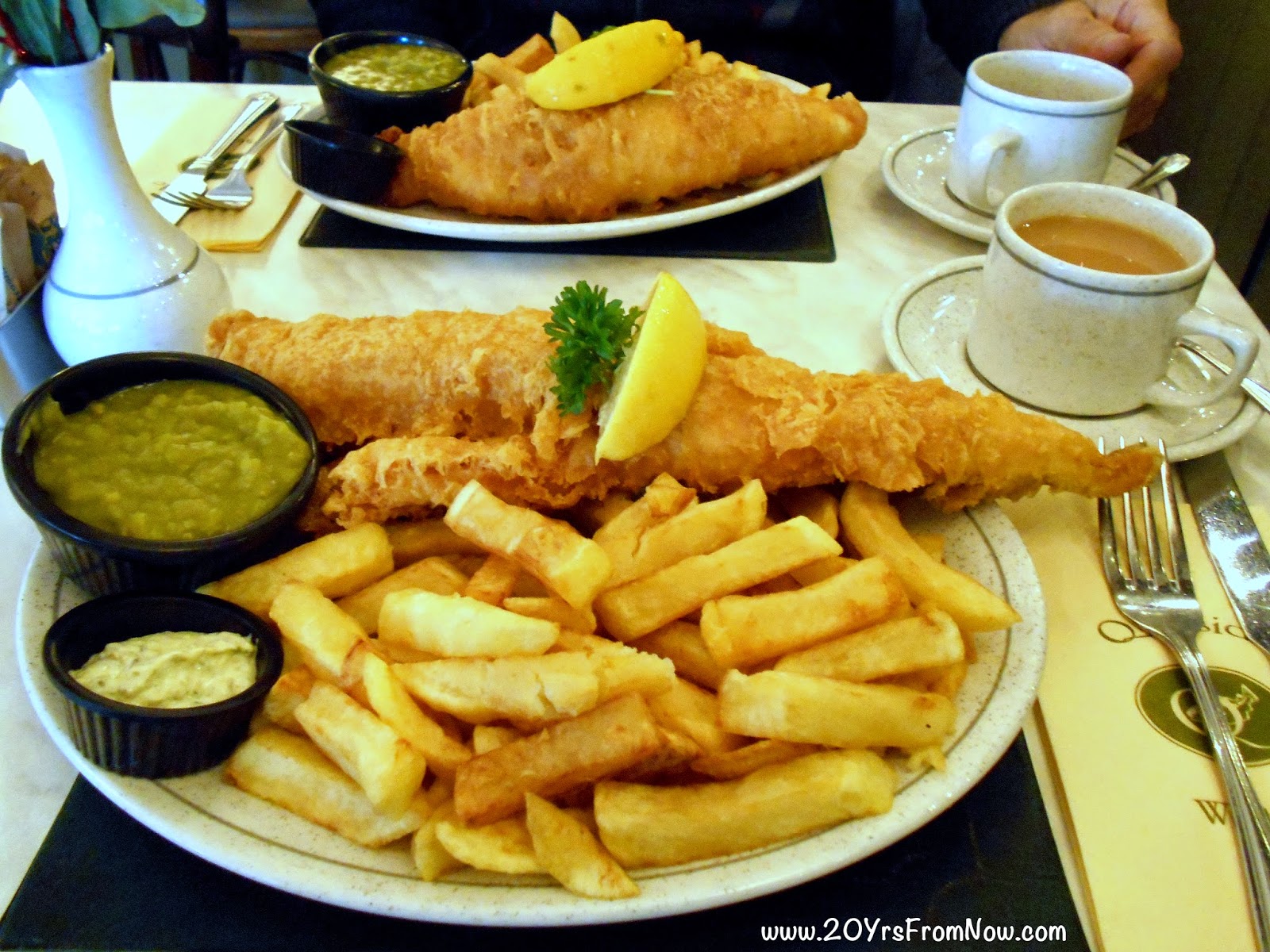 All in all a great December day in Whitby!