The final day of 2014 was chilly, or as the radio announcer put it cool due to a "keen frost". 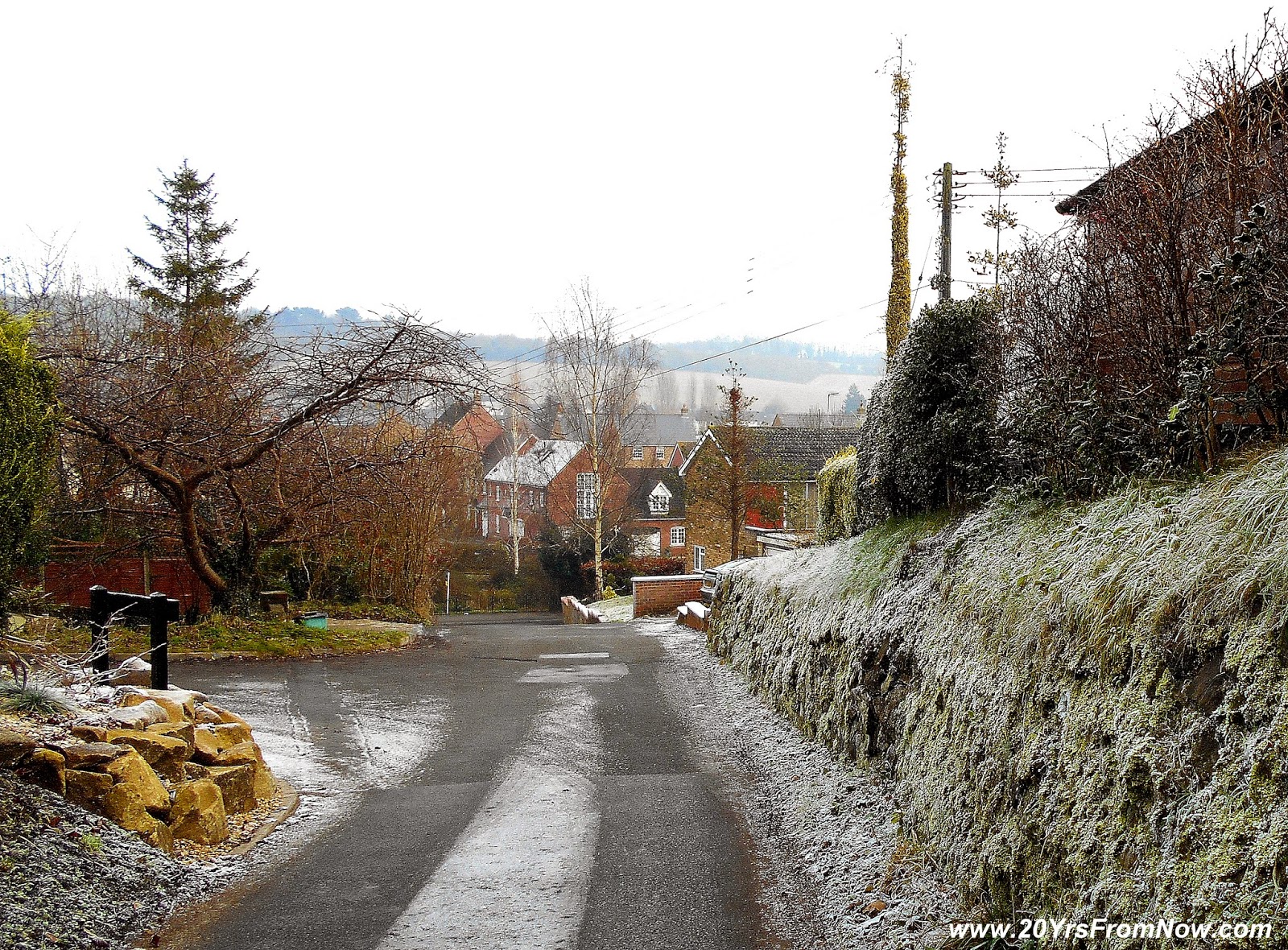 So keen in fact the rooftops, grass and fields looked as if they were covered in snow...and you all know how I feel about that stuff! Still, we headed out of town via Juniper Lane toward the nearby village of Flackwell Heath. 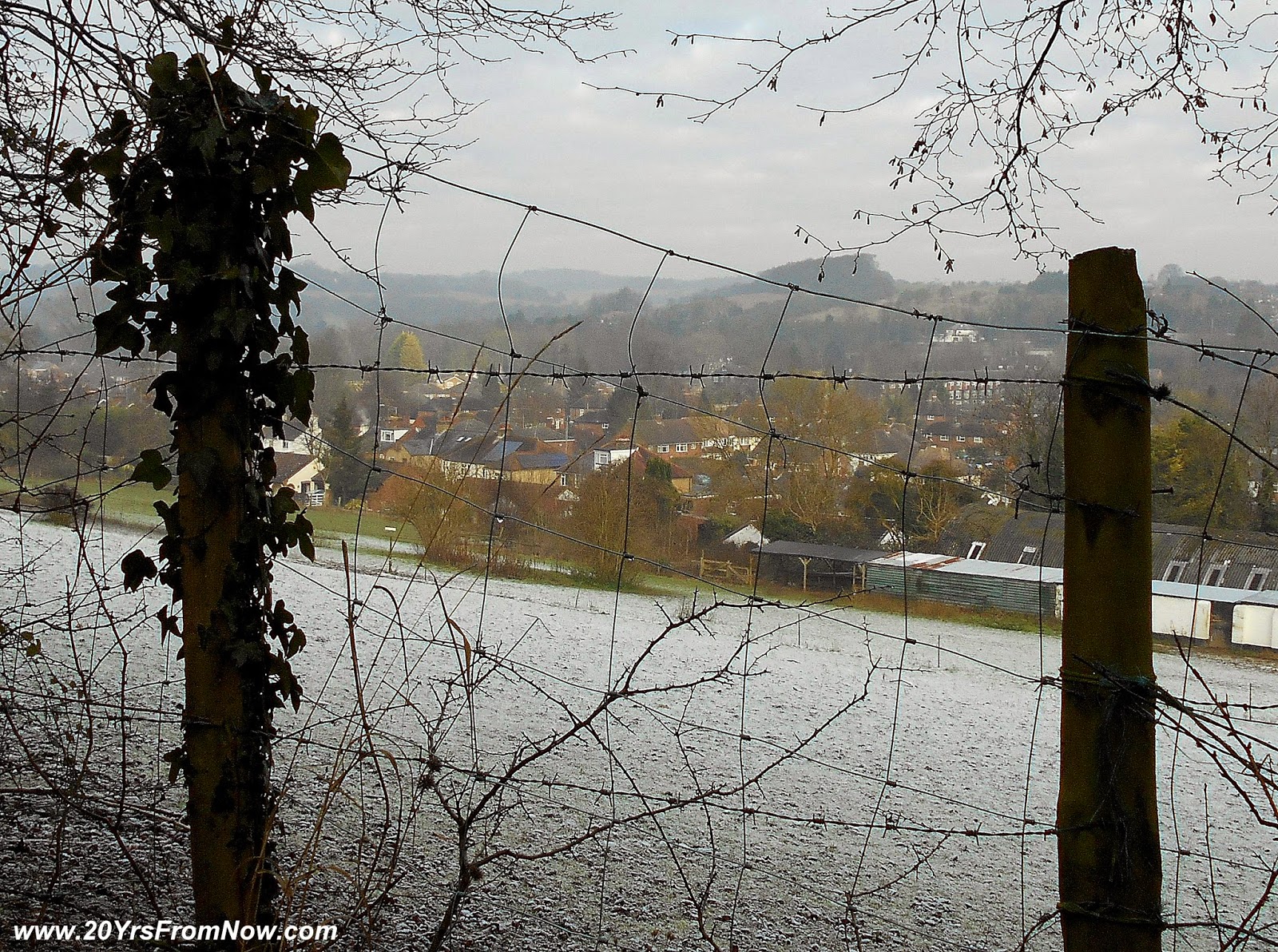 In spite of the cool temperatures we spotted golfers determined to squeeze in one more round before the year's end. 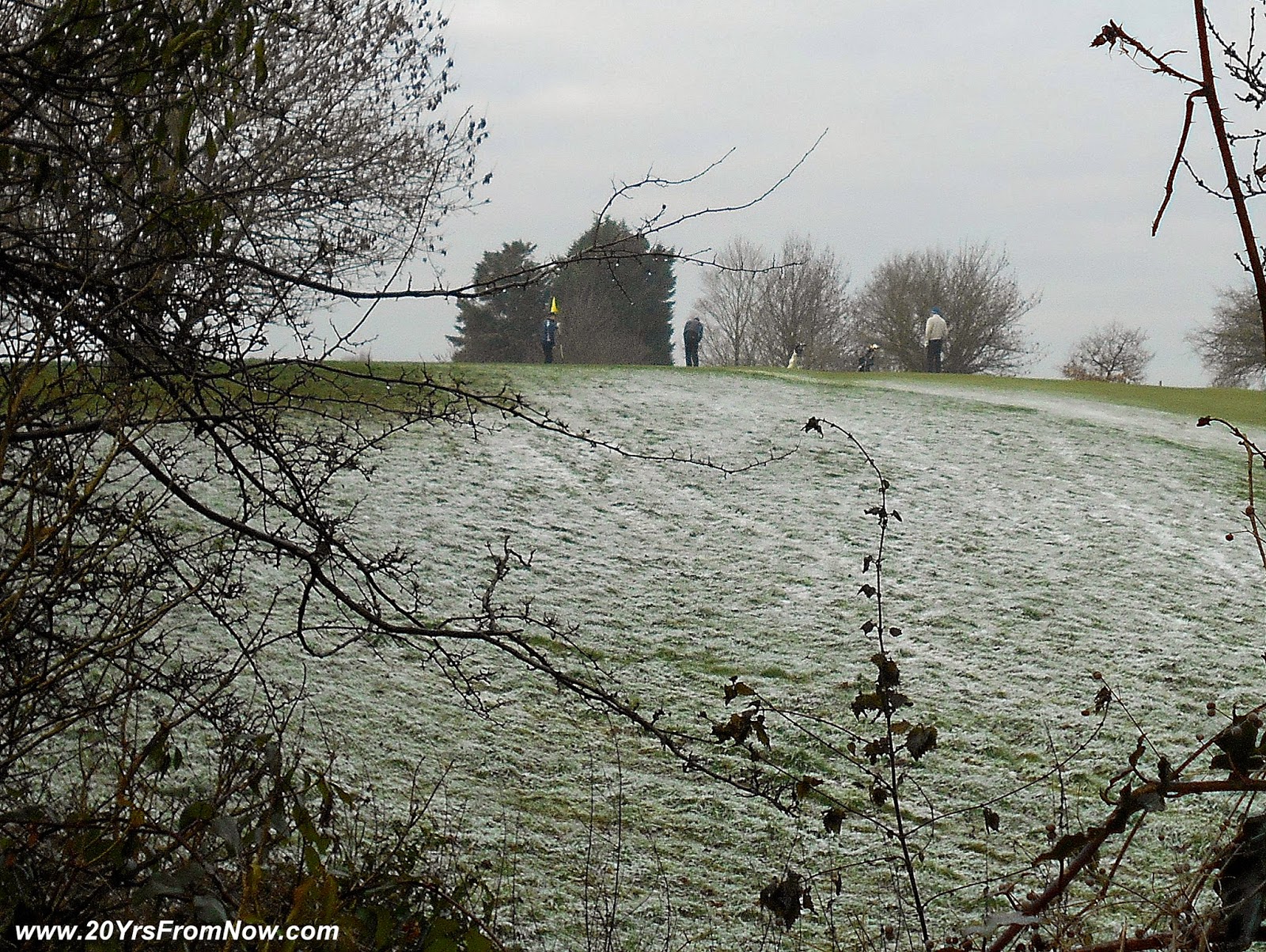 The village of Flackwell Heath is picturesque and a few readers have asked if our surroundings are reminiscent of Coronation Street. I'll let you be the judge of that. There are row houses... 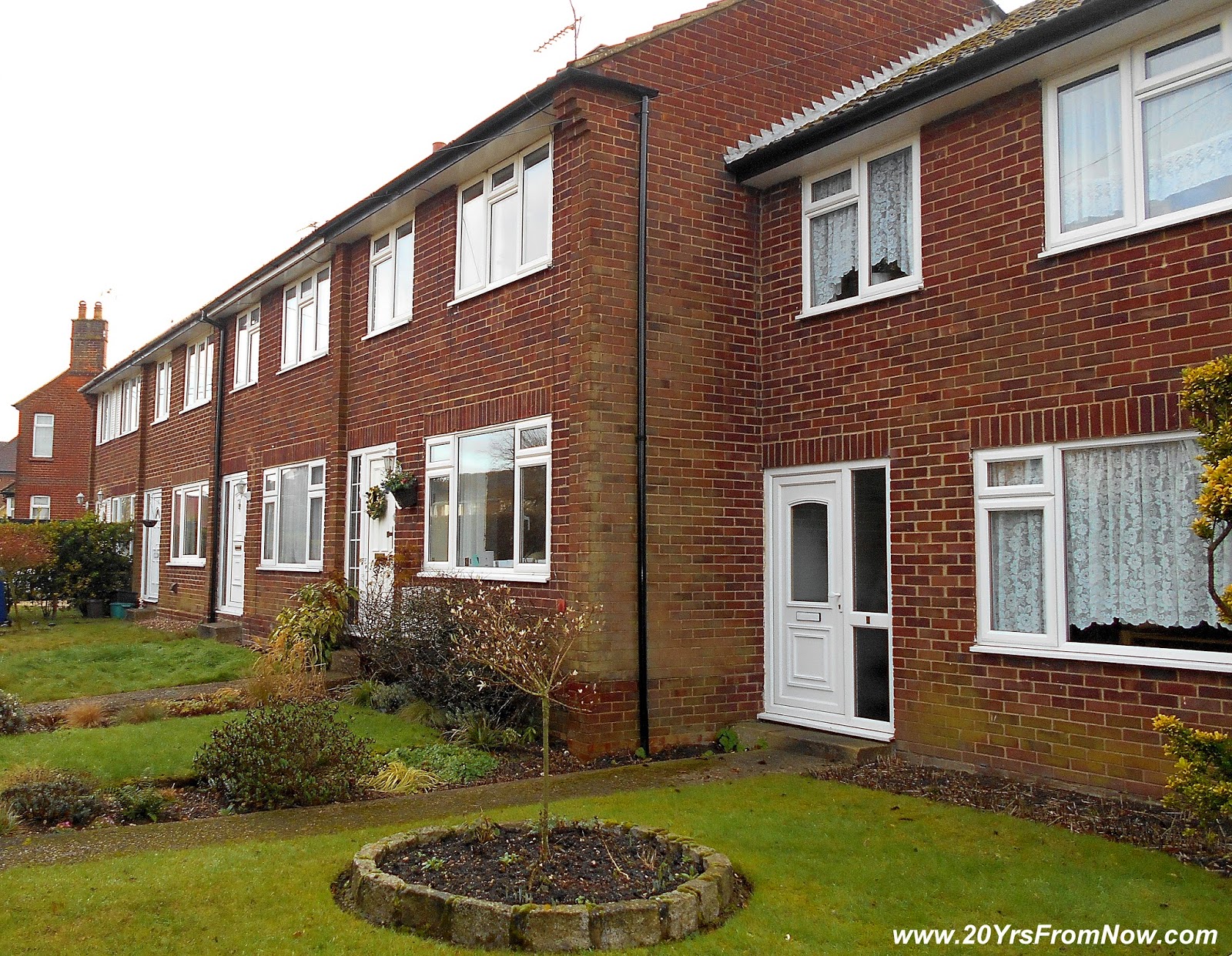 I loved the contrast between the red rose peeking up through the hedge and the bright blue door below. 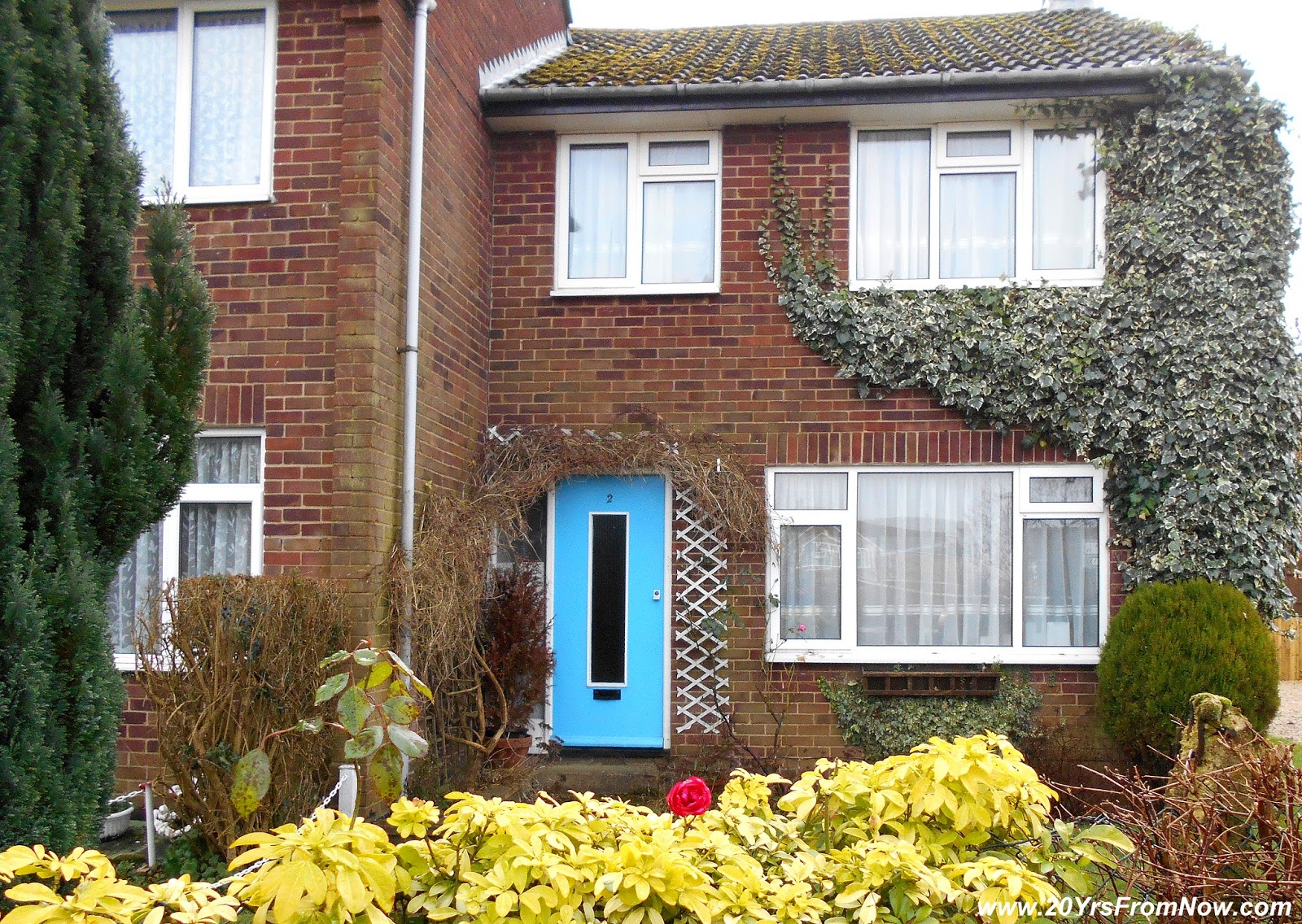 These Tudor style homes are a delight. 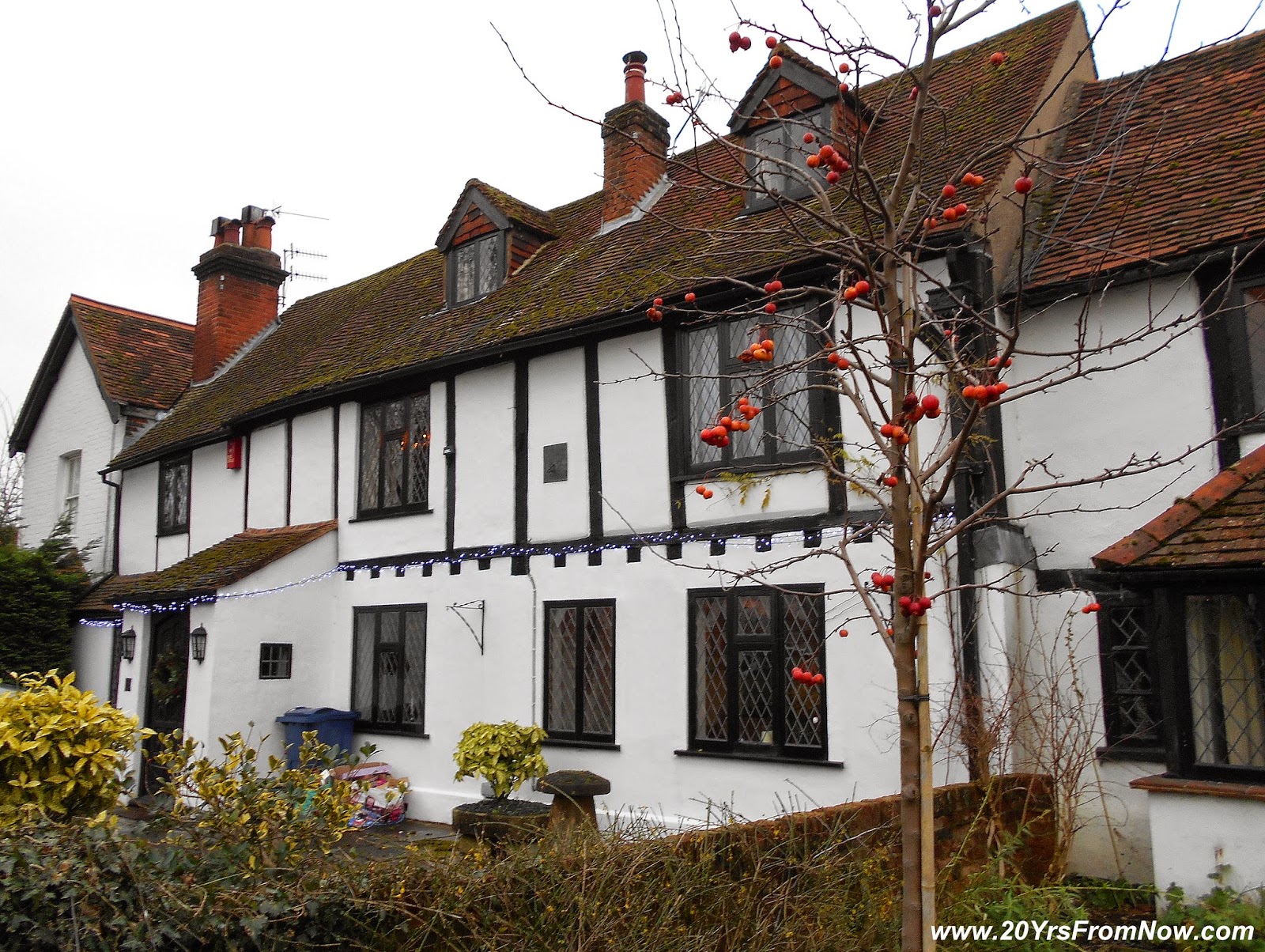 As are these quaint, brick homes. Each home has a name as well as a street number and it is usually displayed outside. The one on the right is Brook Cottage. 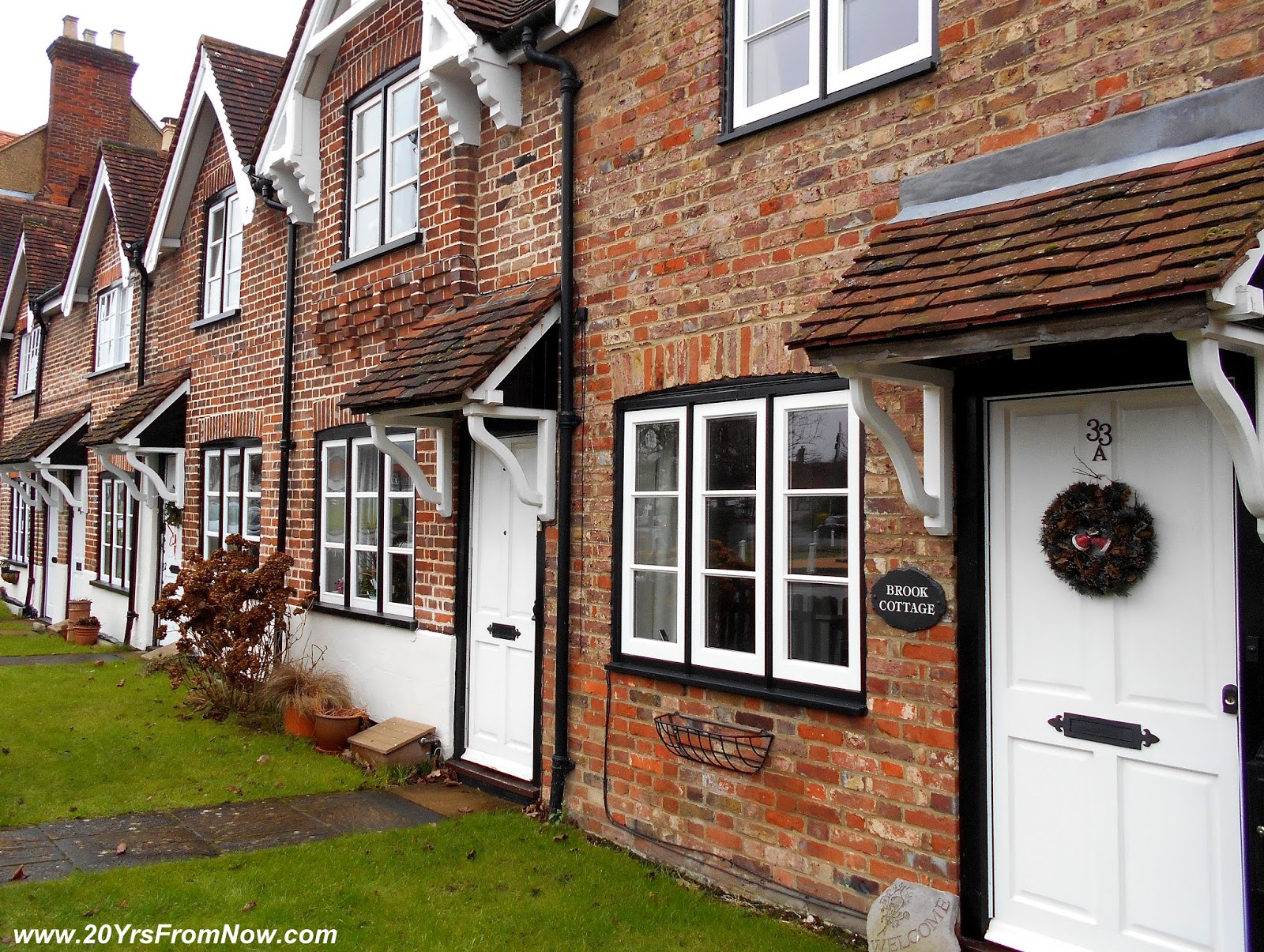 If quaint and old isn't your style there are new condo apartment complexes. 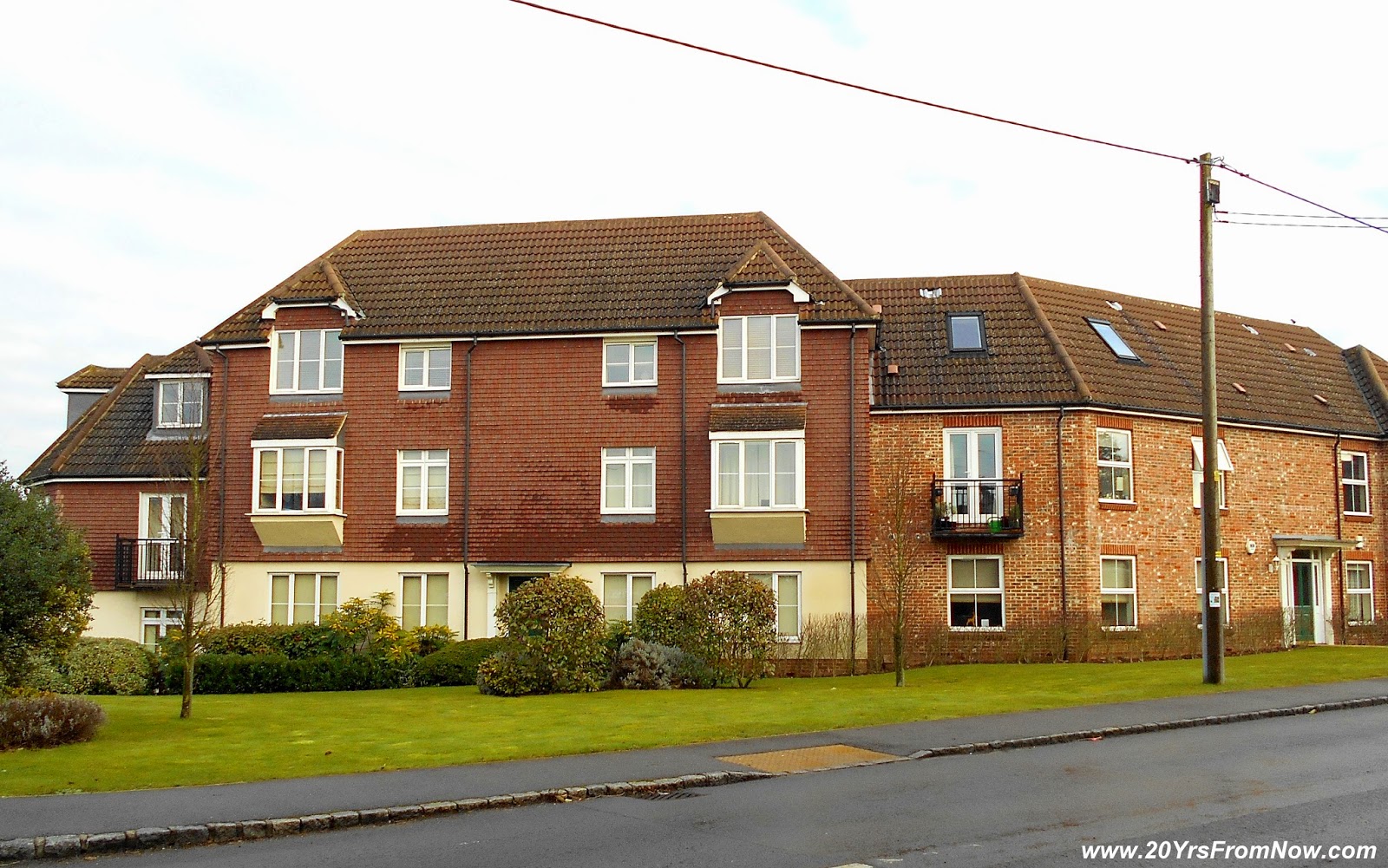 There are also semi-detached homes. 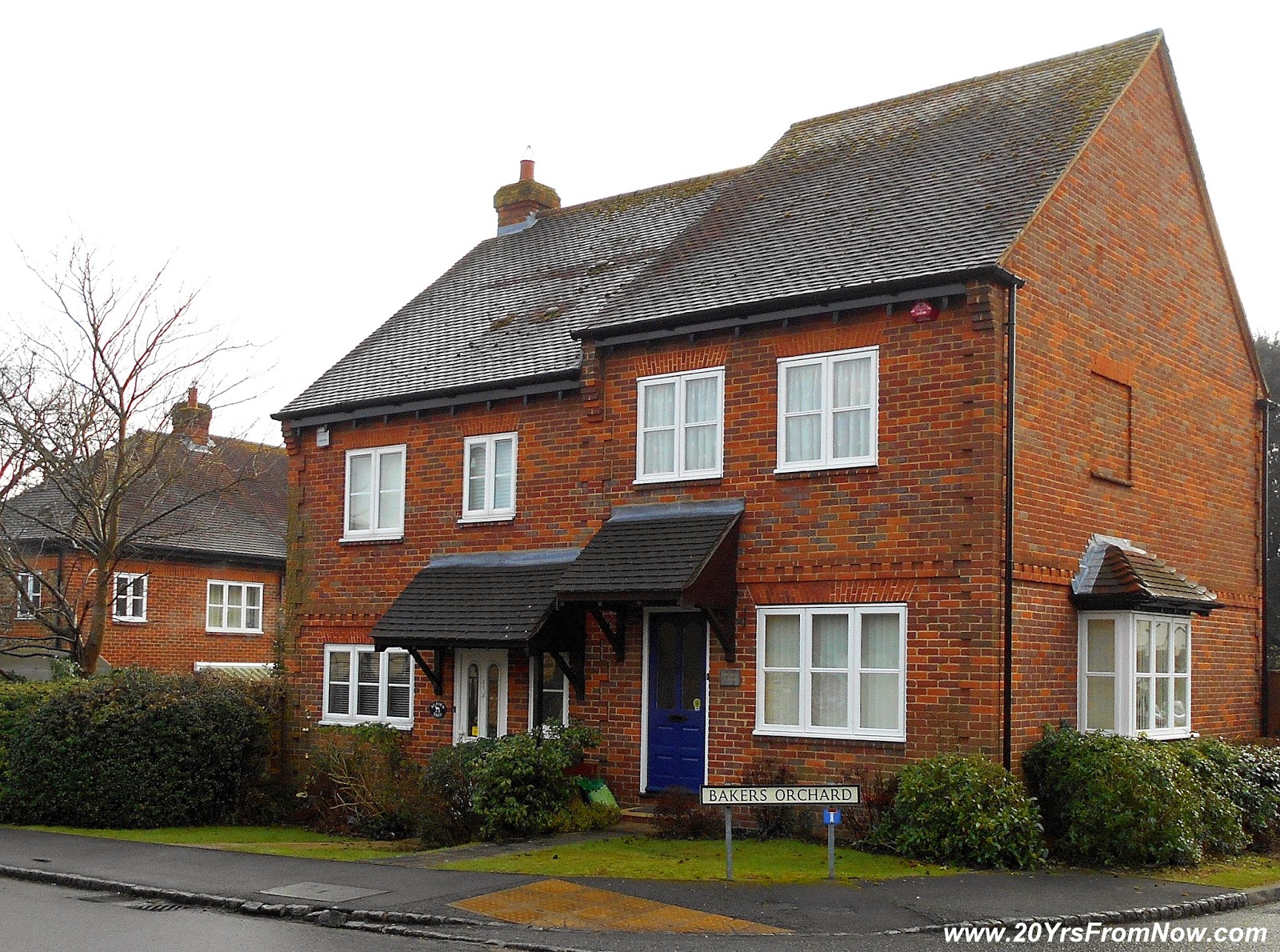 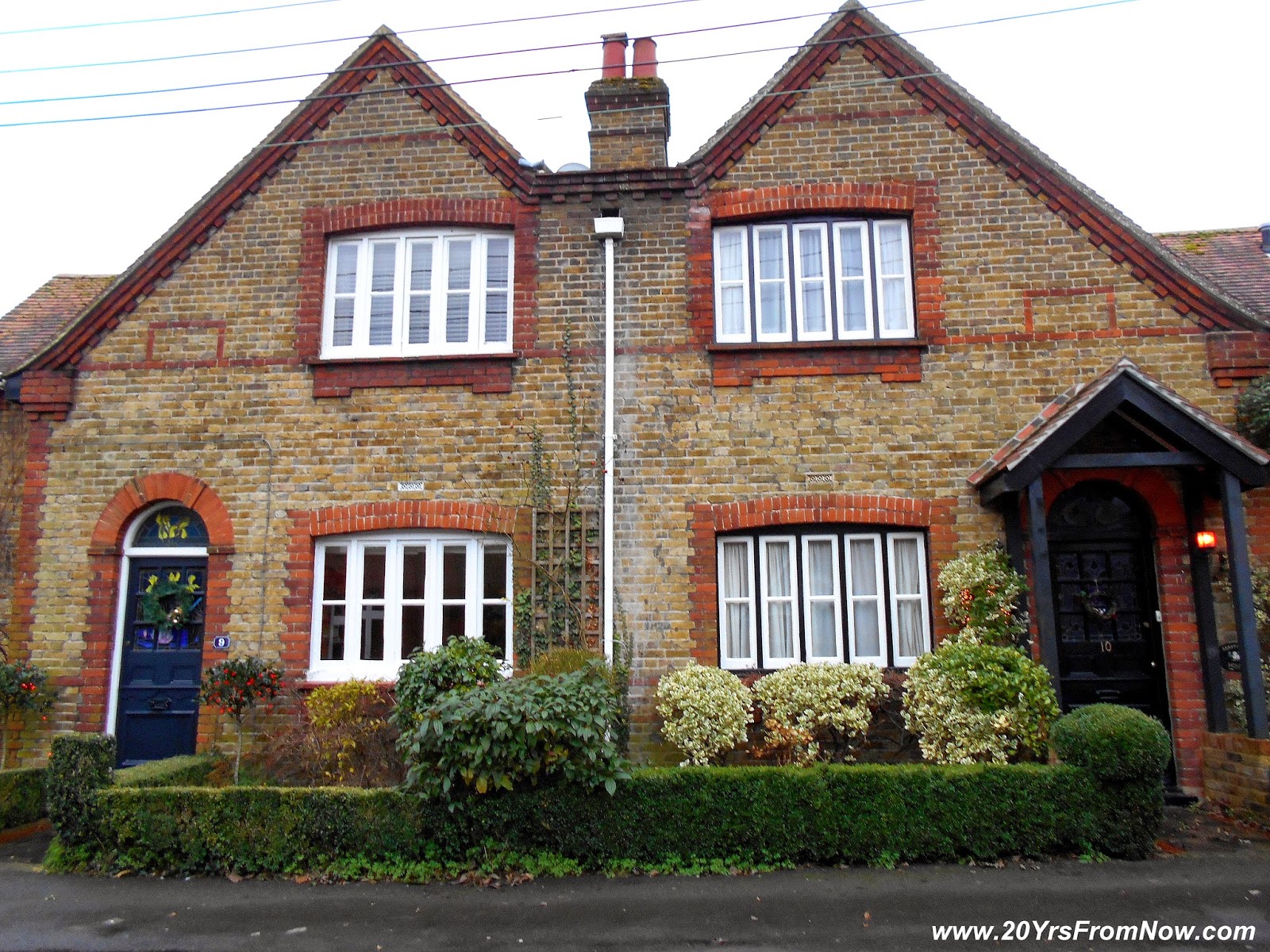 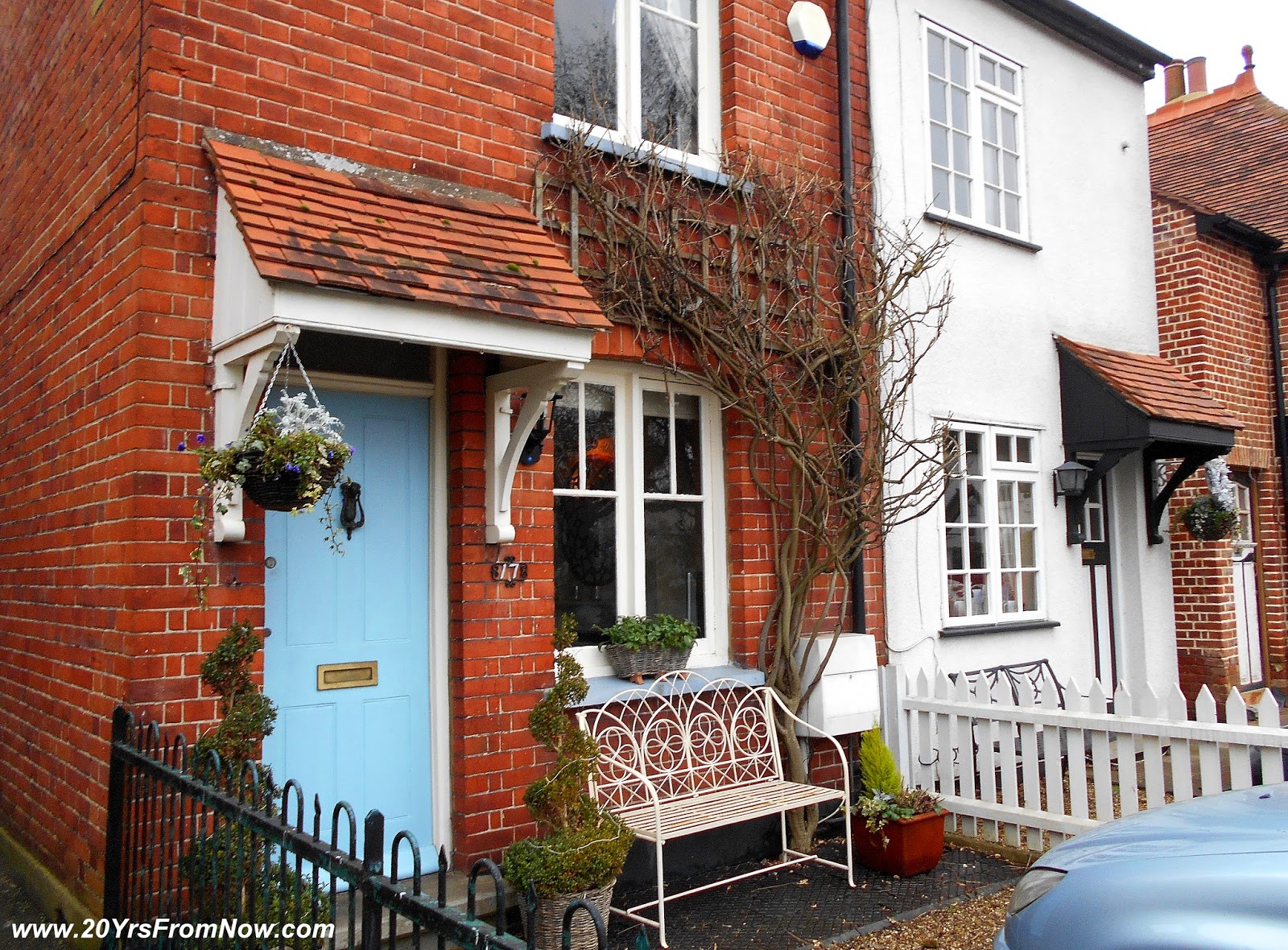 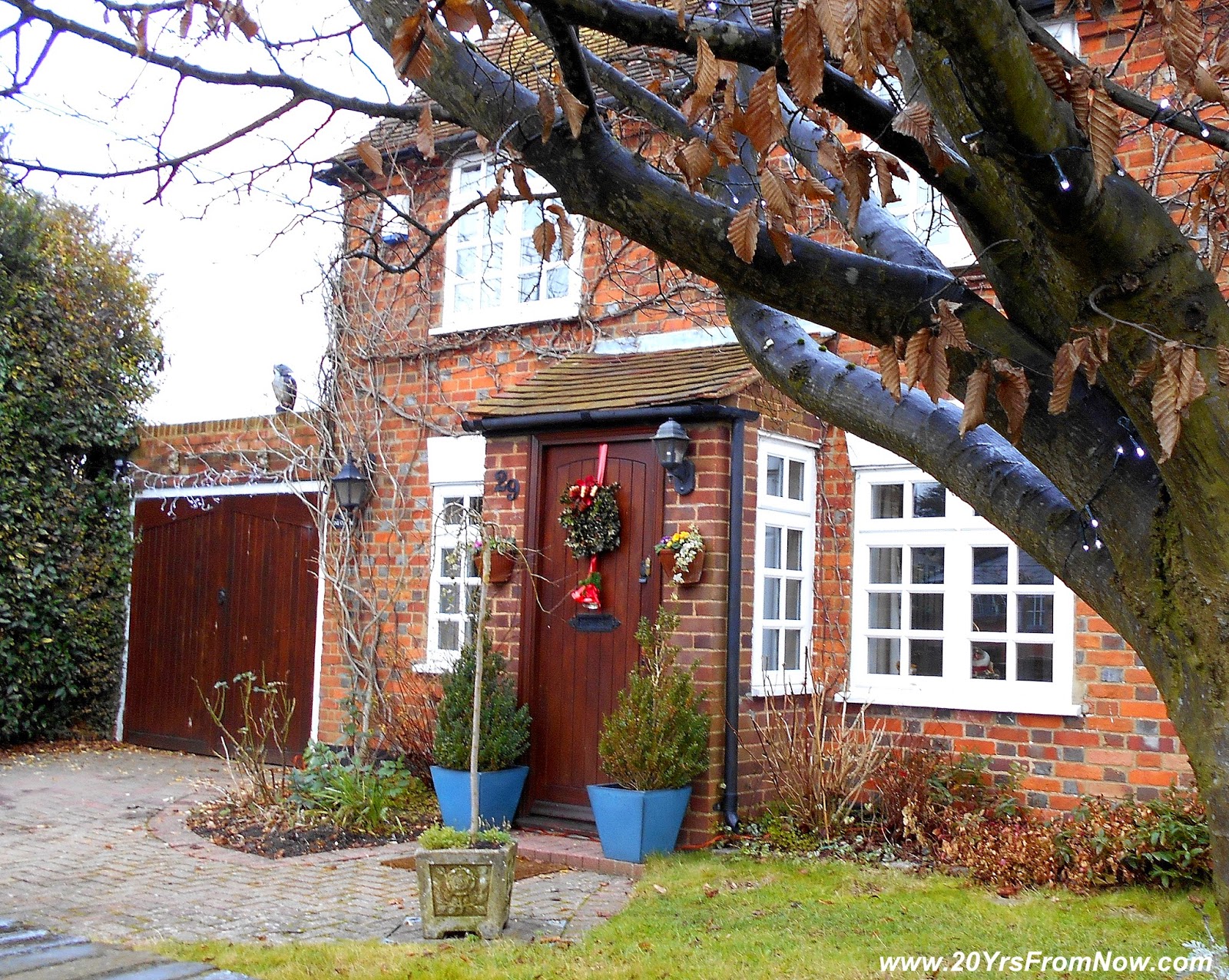 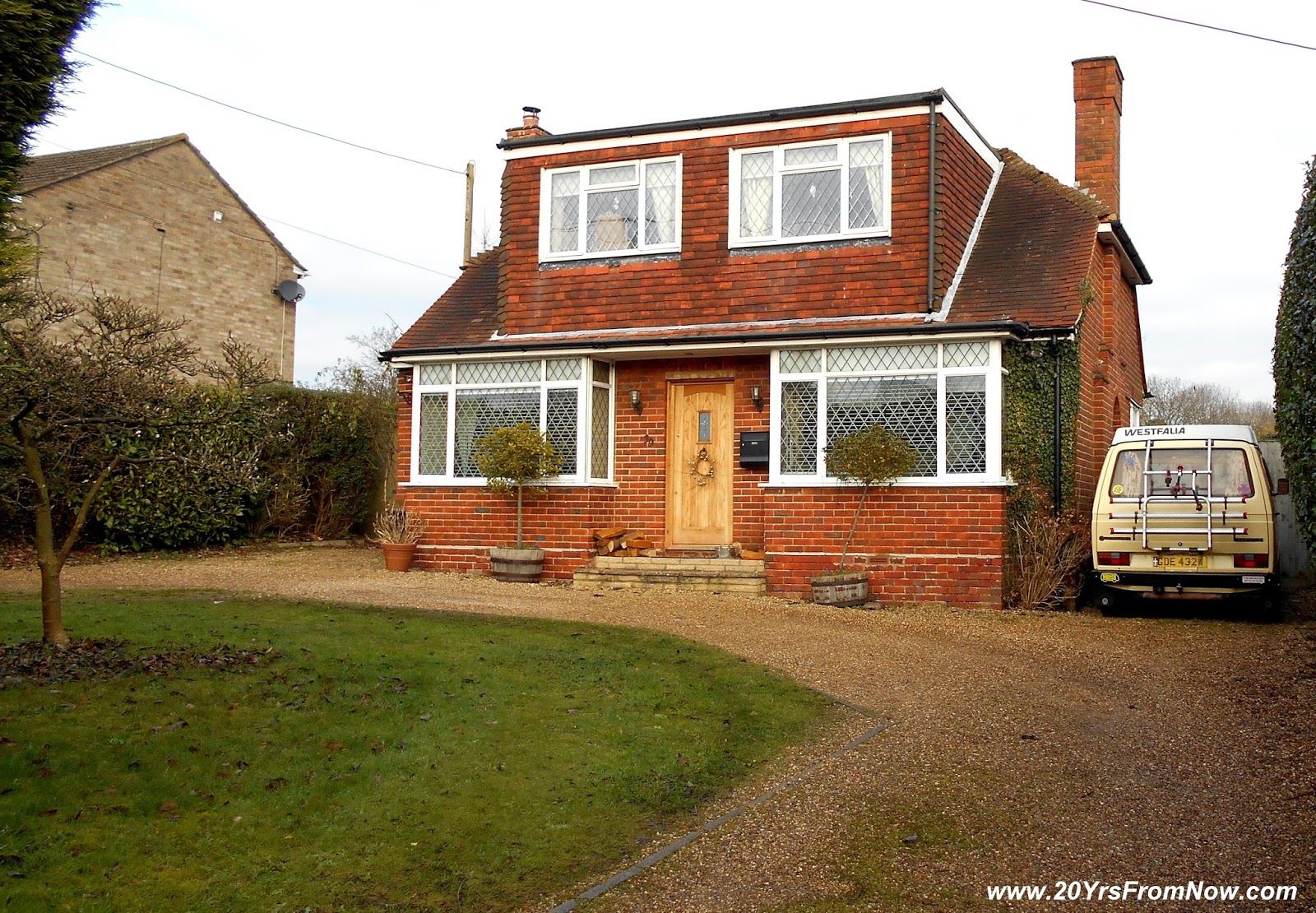 And if you happen to have a million pounds to spare you may want a proper stately home. 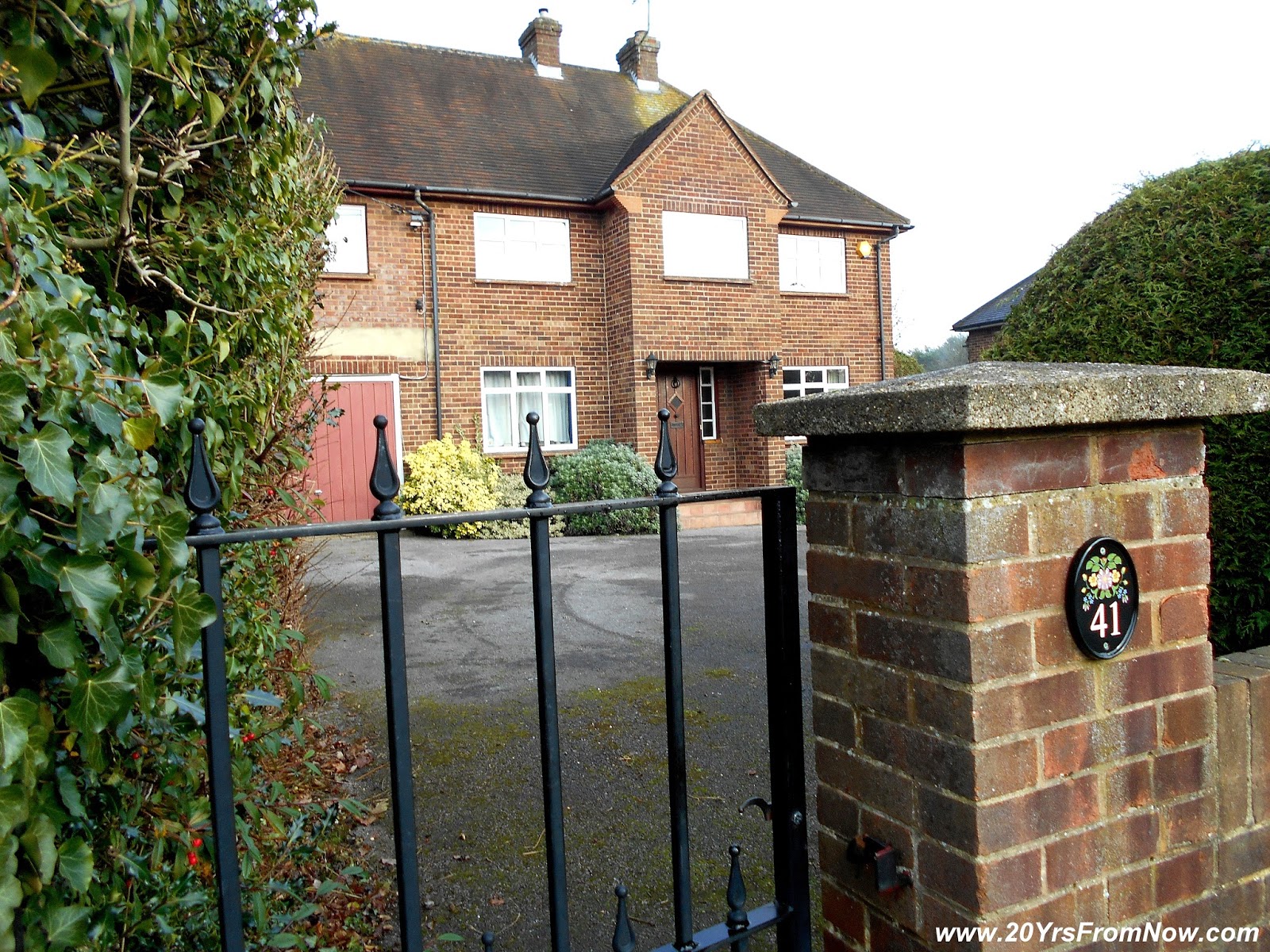 New Year's Eve was a quiet affair, but that's nothing unusual for us. The biggest difference we found spending it across the pond was that while American and Canadian television networks go all out for the new year's countdown, setting the stage in various cities like New York, Las Vegas, LA, Toronto and Vancouver, in the UK it's pretty much left up to you to check the time and make your own plans. There's no Dick Clark type celebrity explaining what's what or who will be performing on what stage, or even when you should begin to welcome in the New Year.

New Year's Day the temperature soared to 9C and the park in Wooburn Green was a hubbub of activity. Children and their parents enjoyed the playground equipment. 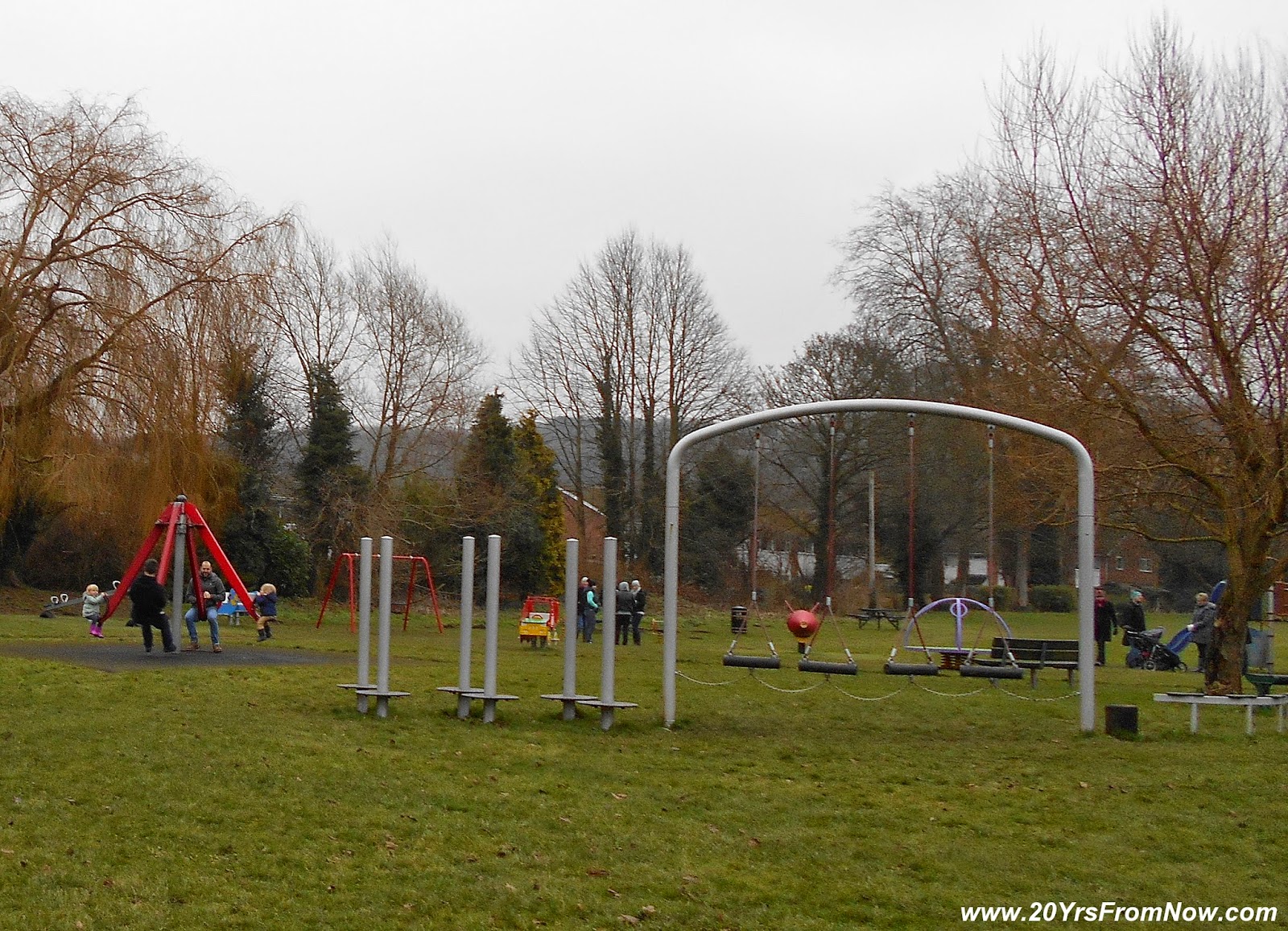 While a group of young men played football. 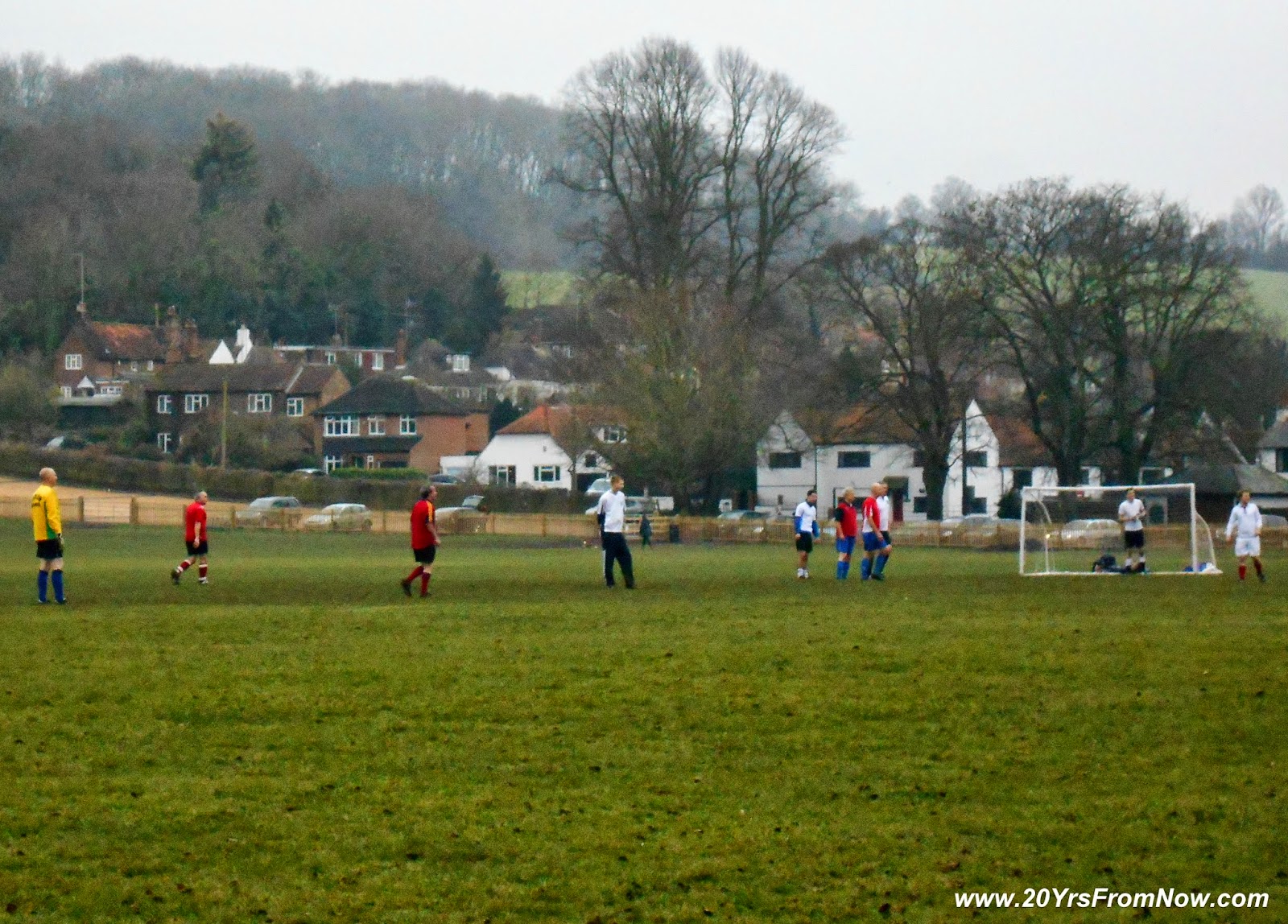 At the far end of the park a few hardy souls (check out the shorts) played tennis. 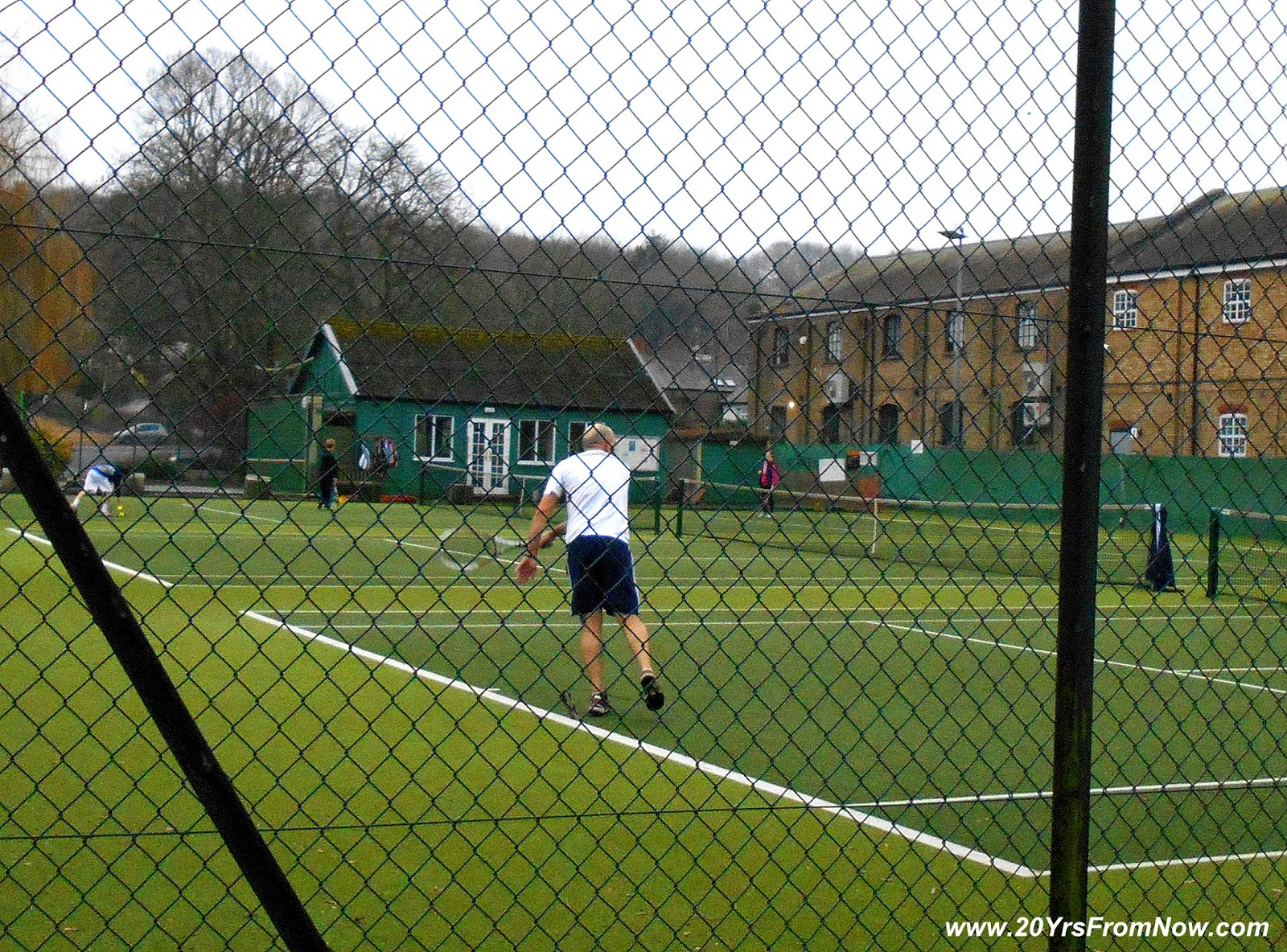 Jasper, meanwhile, had only one thing on his mind... 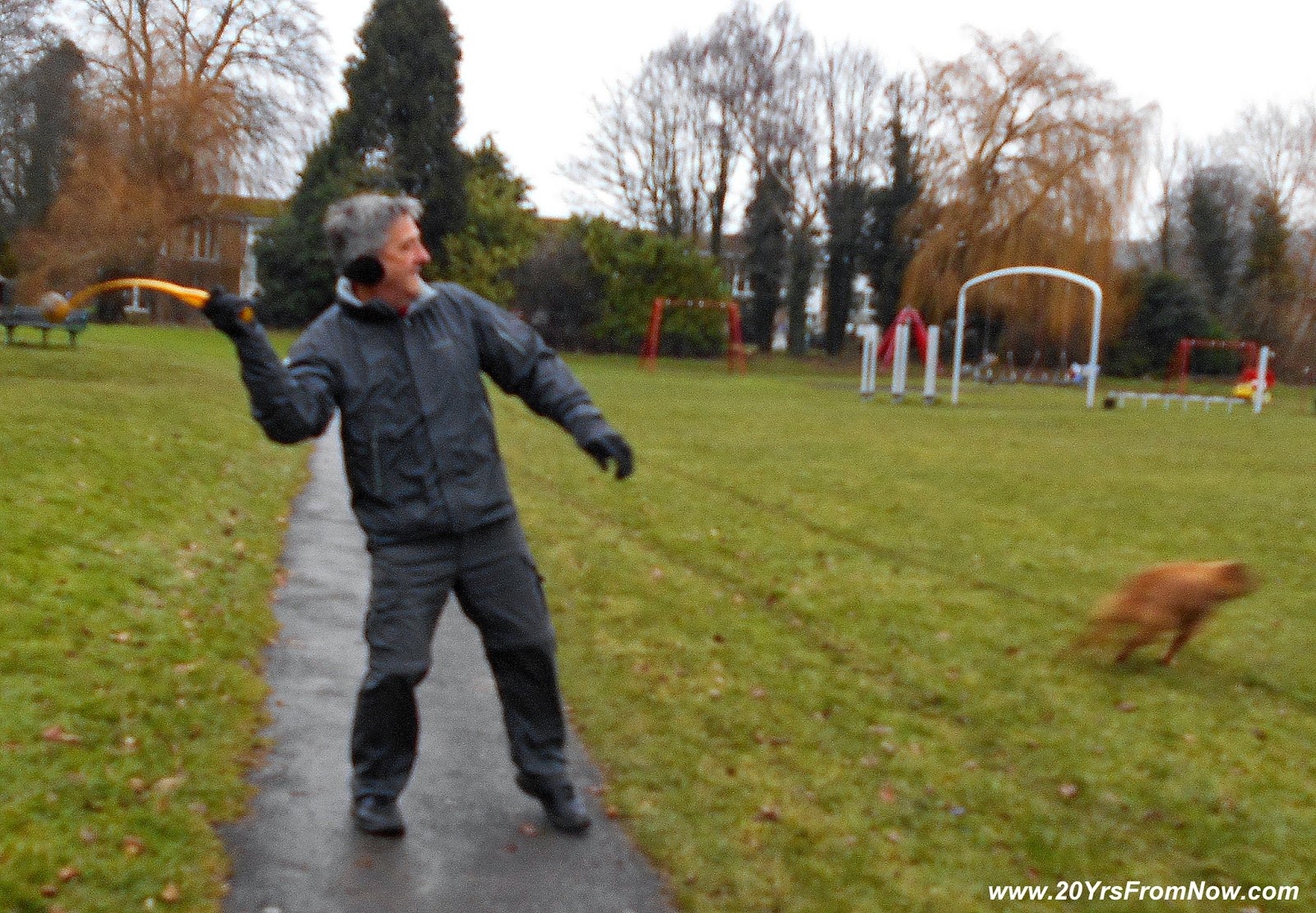 Running after the ball and swimming in the river, however, made for one tired little pup once we returned home. 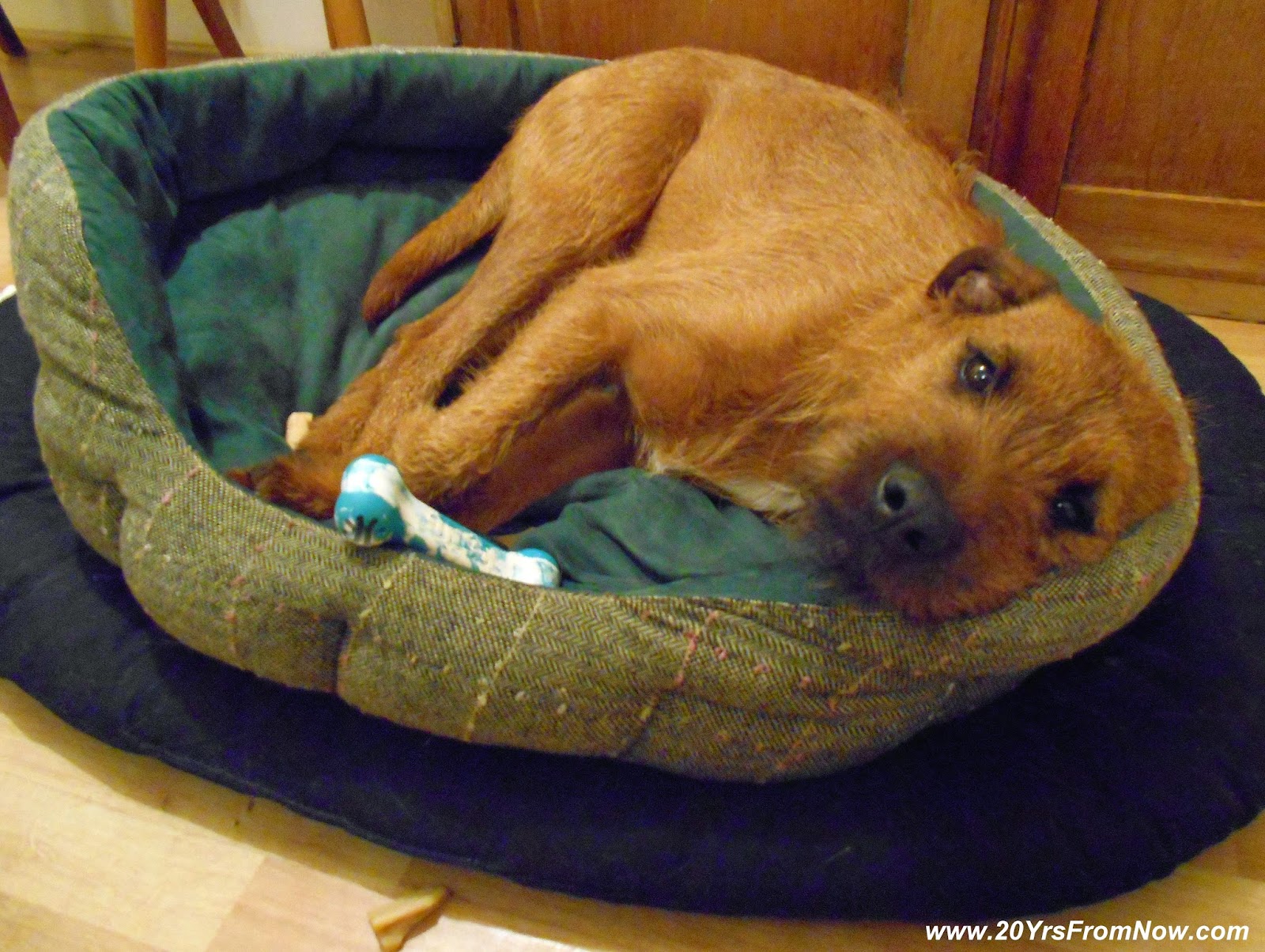 Not surprisingly, Mew and Purr took a more casual feline approach to the end of the year and beginning of another. 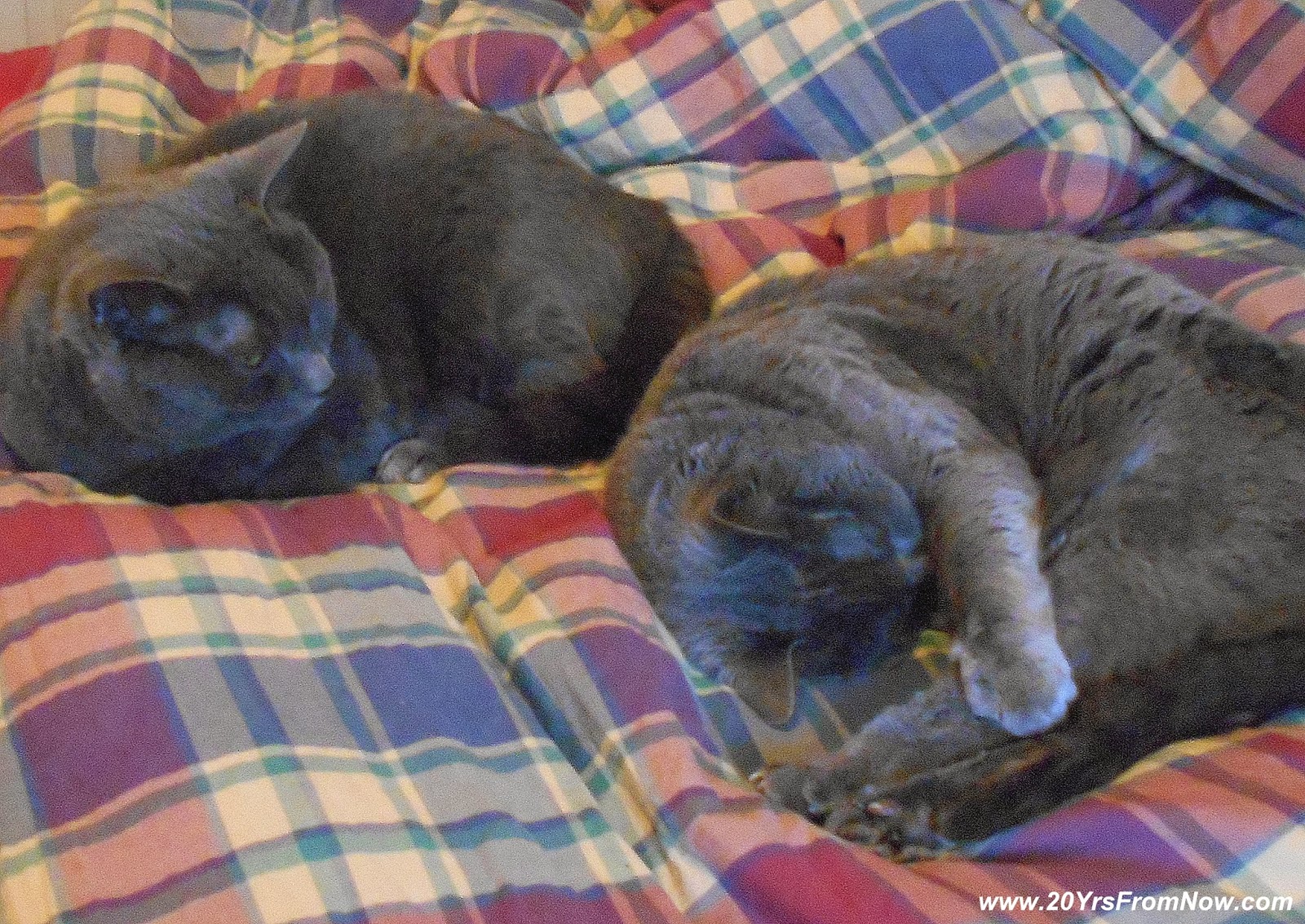 Us? We're looking forward to what the new year will bring and wish you all the best. Whatever your dreams GO for it. Make it happen. Make 2015 truly memorable!