At Home in Lagos

The joy of travelling slow is the time it affords to wander and explore at one's leisure. Rather than feel like a tourist we're able to soak in the ambiance and view a community like a local. We buy our groceries in the same stores they do. We sip coffee or drink wine at an outdoor cafe, and stand in line as we all drool at the counter of a local bakery. 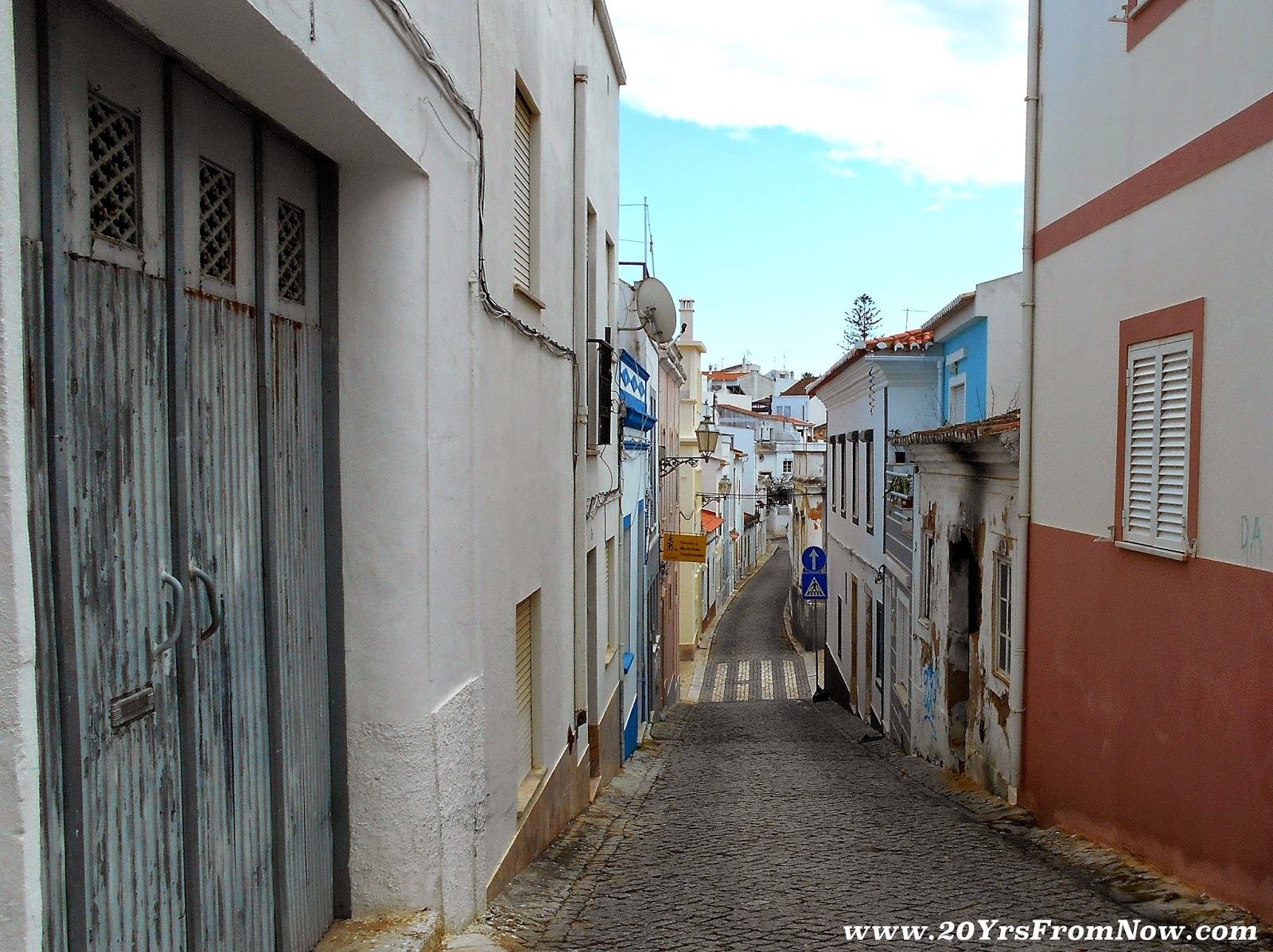 We've walked around Lagos almost every day this month and what's fascinating is the maze-like quality of the streets and alleyways. These were not designed by a city planner in an organized and logical manner. Instead, over the generations the inhabitants themselves determined what footpaths made the most sense to get from point A to point B and after constant use became streets and main thoroughfares. 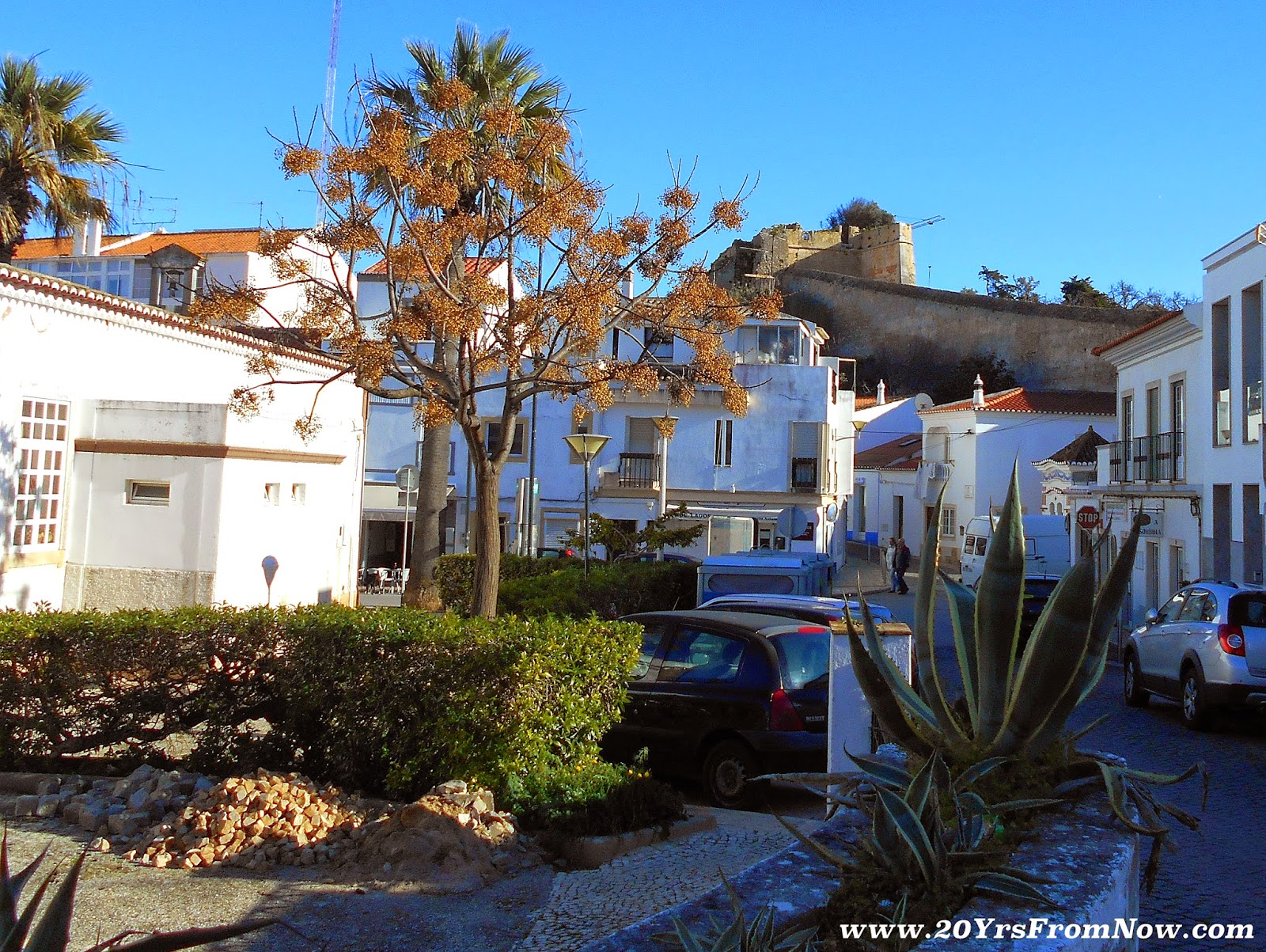 Like many towns in the Algarve most buildings in Lagos were damaged or destroyed in the 1755 earthquake and date from the late 18th century onward. The streets, however, have been here since the first settlers arrived in 2000 BC and constructed long before the invention of the automobile. That doesn't stop modern man from zooming down these narrow streets and it's a bit scary for pedestrians as the sidewalks are at times little more than body width or as below nonexistent. 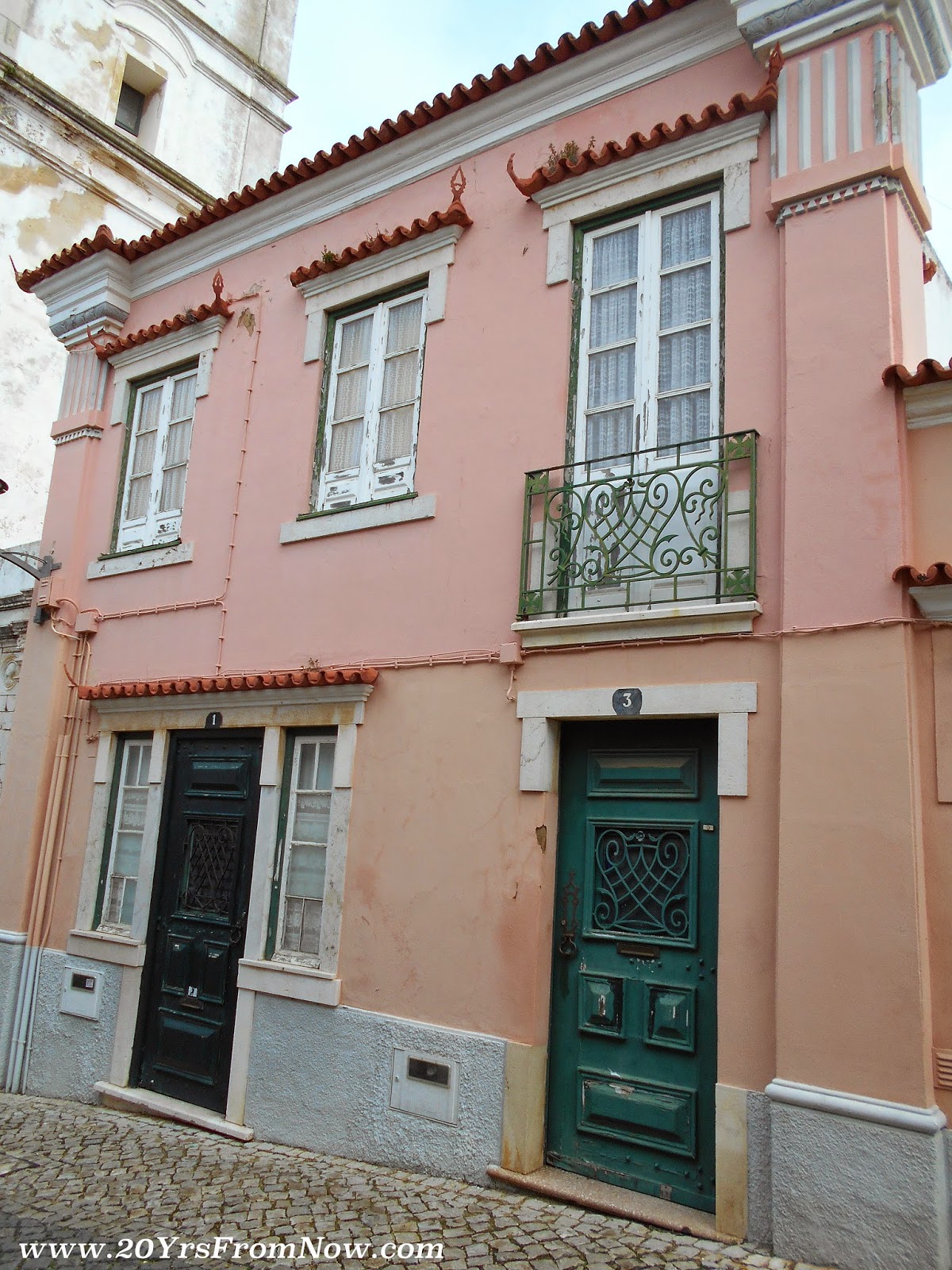 The wall that once protected Lagos from invaders now attracts tourists. Locals seem to take it in their stride and homes are built near, around or beside it. 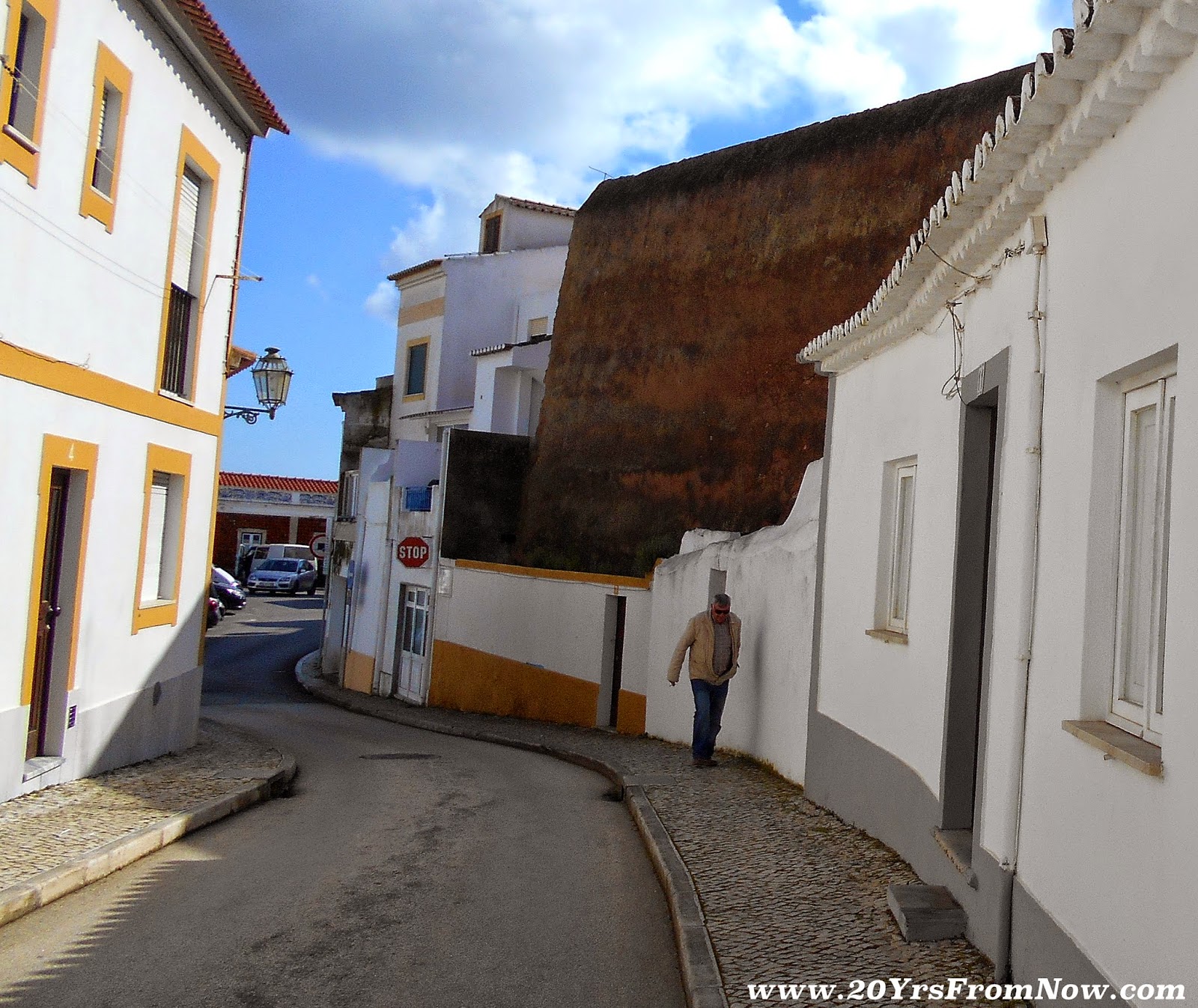 The close up of the door in the next photo is the same entranceway just back of where the man above is walking. Whether it leads to a courtyard, shed or room inside a home I have no idea, but it certainly conjures all sorts of possible and interesting scenarios. 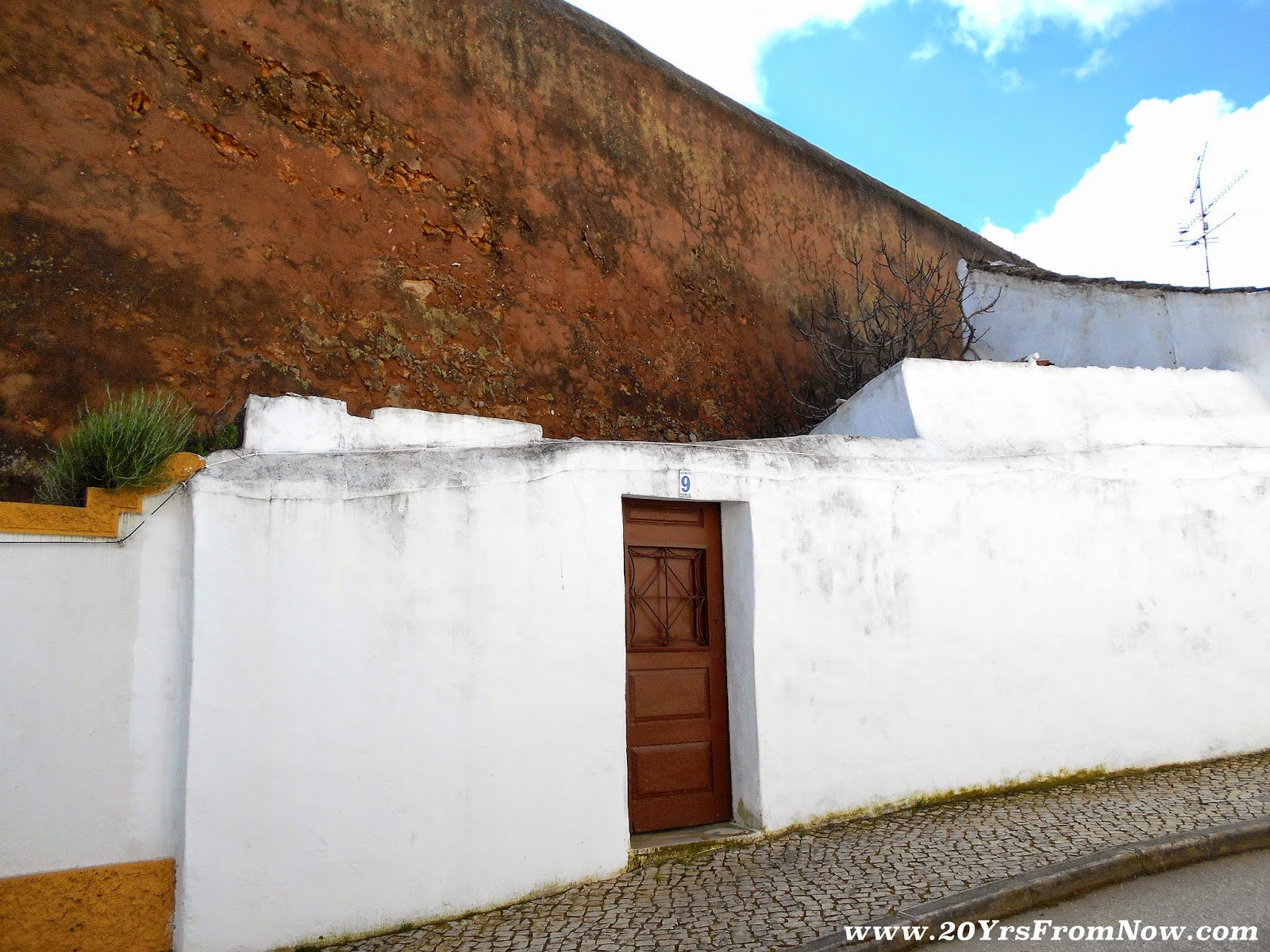 Most buildings are well cared for while others are being renovated and updated, but even those structures that need some TLC are a visual delight. 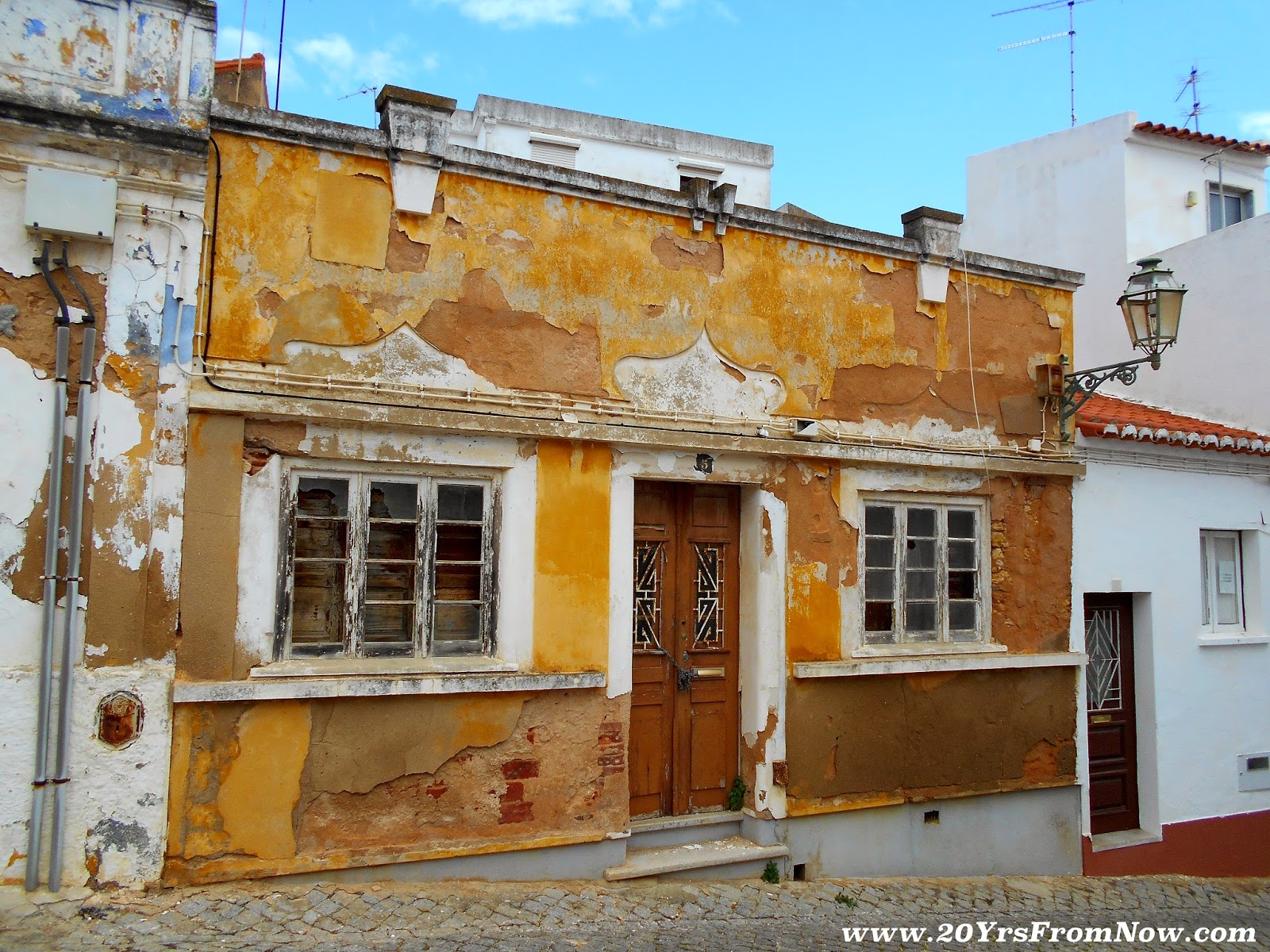 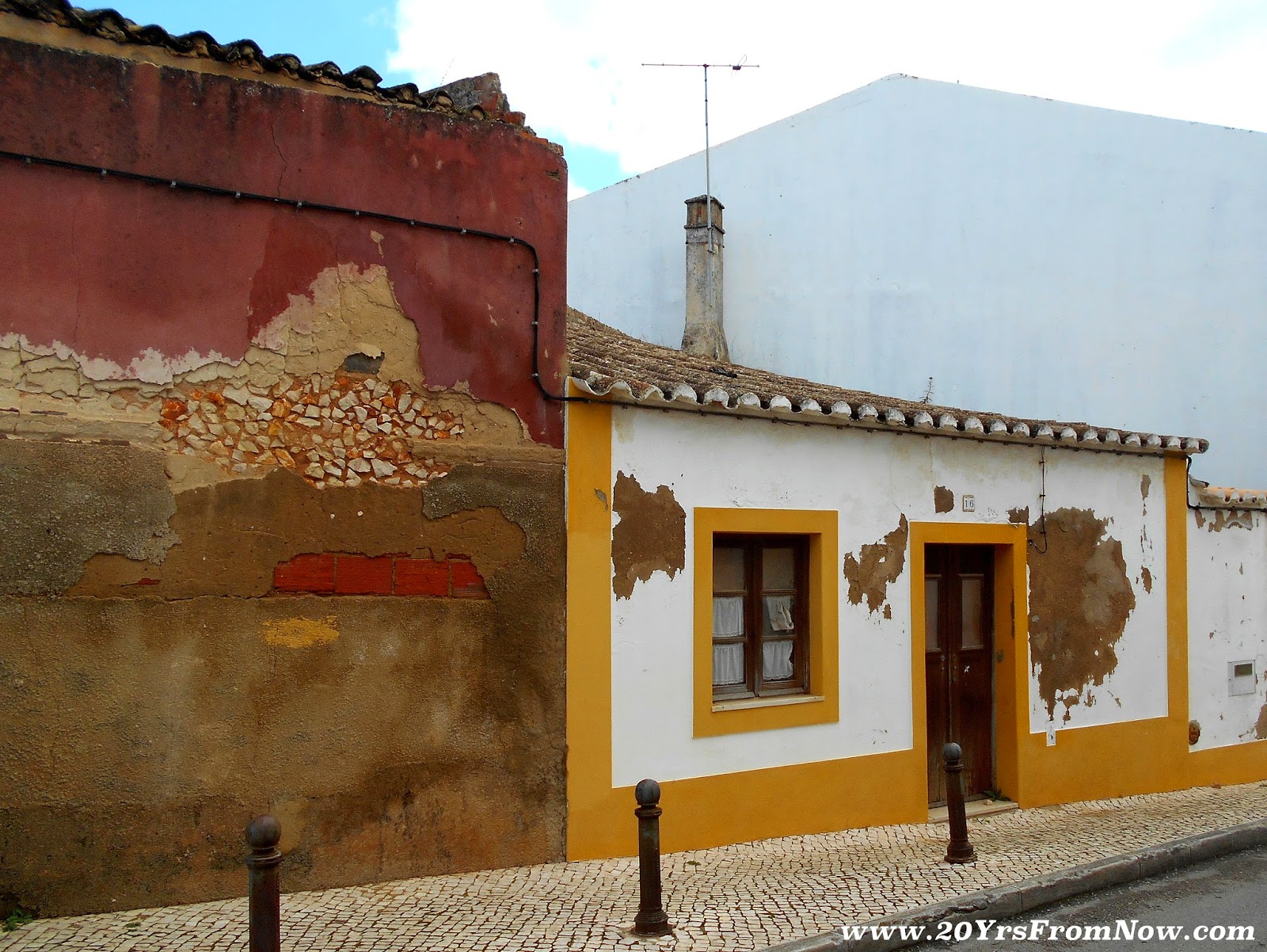 This next building was a convent. It's located at the junction of the main highway that passes through town and the street that winds into the downtown core. All of the buildings close by are newer high-rise apartments so I suspect this structure will one day be demolished. 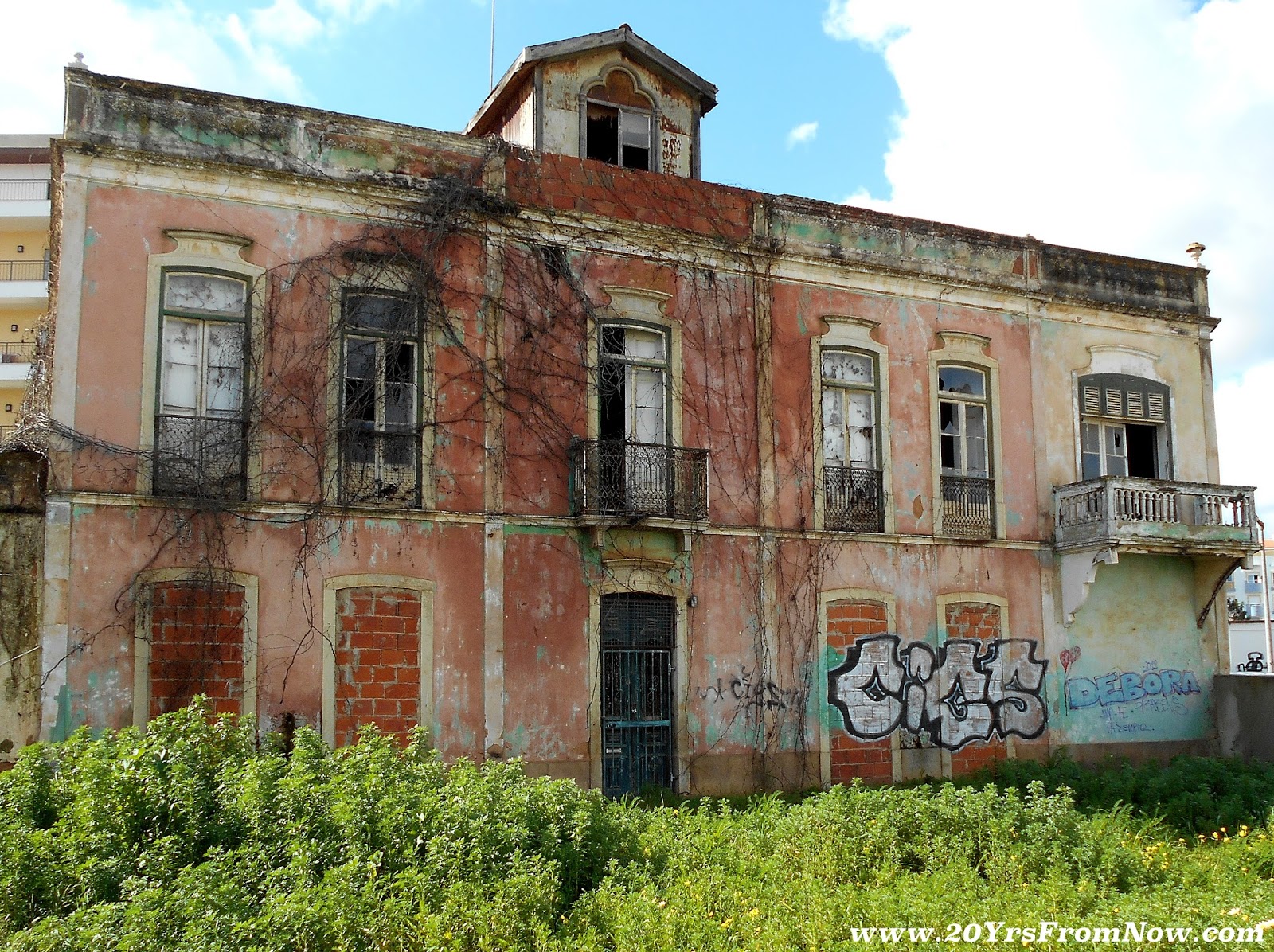 Outside of the walls are numerous condos and apartment buildings. Most are inhabited by locals, but some were obviously built to attract tourists and their cash. Who could resist this setting with its amazing view of the Atlantic? 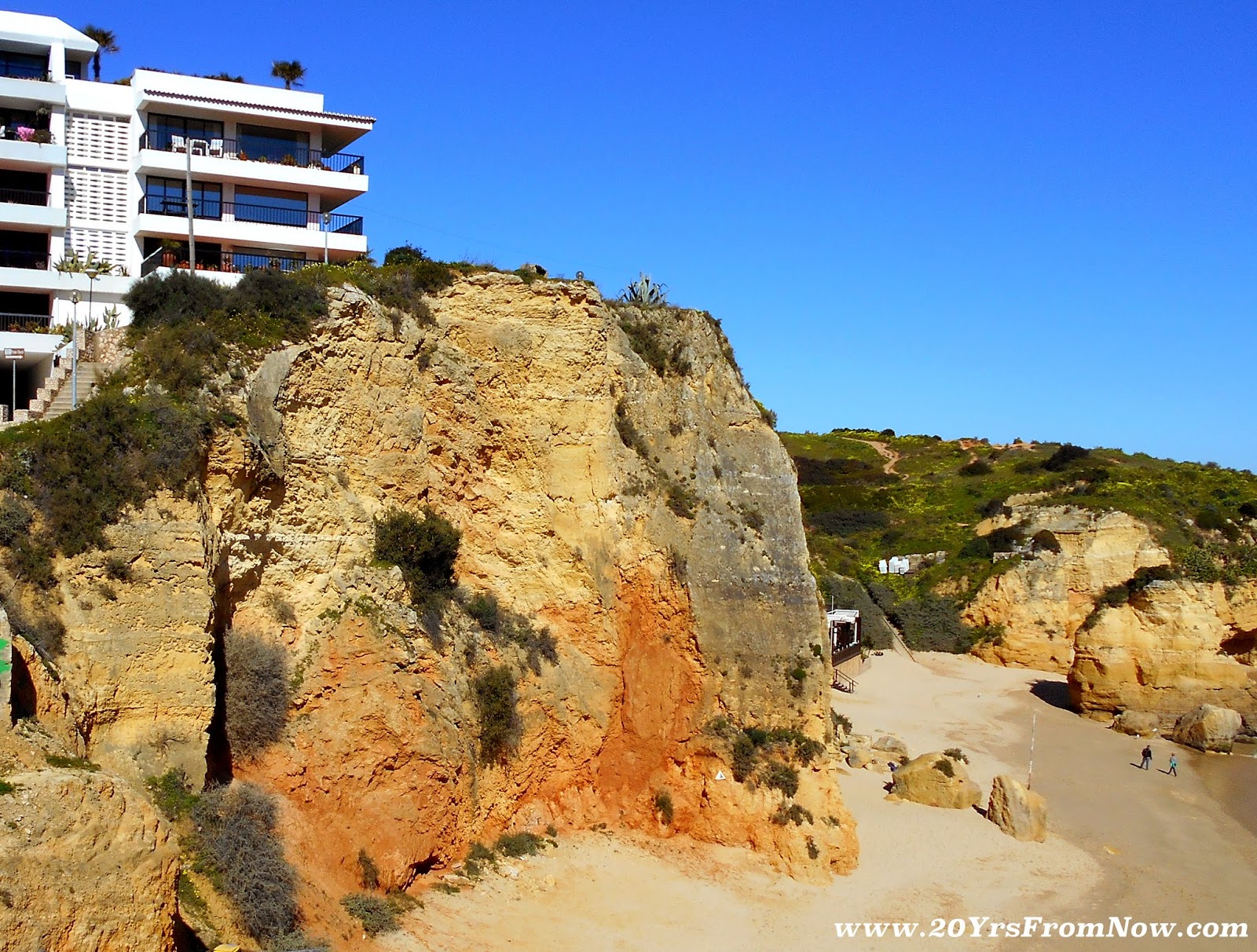 Other homeowners (with a little deeper pockets) prefer solitude. If you look carefully to the left of the home you'll see an arched bridge connecting the mainland and rocky island. We'd hoped to stroll across it ourselves, but discovered there's no public access which makes us think it's strictly for those lucky folks who live on the hill. 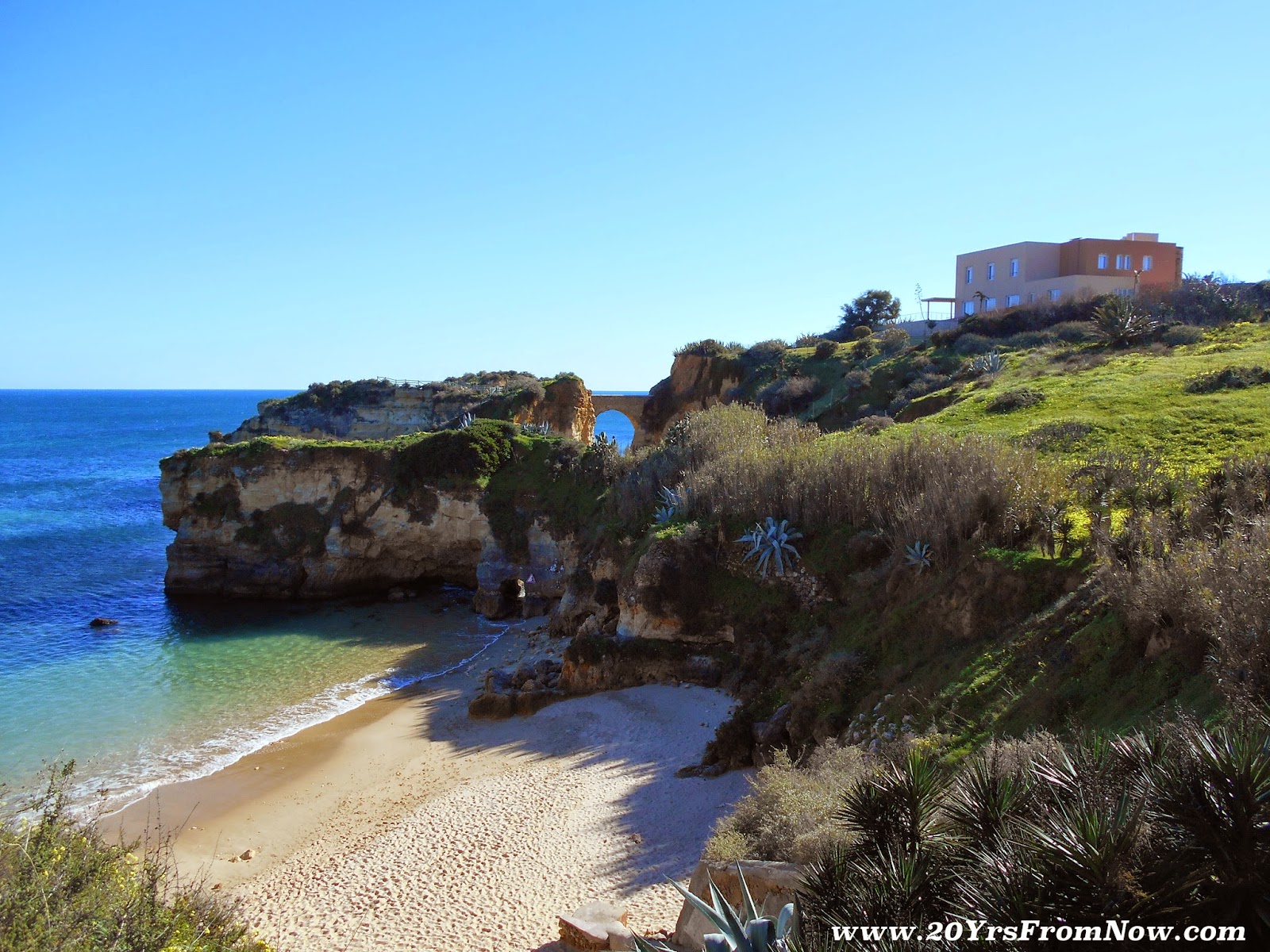 In what we would call the suburbs (but are still within walking distance of the town centre) there are equally impressive homes and apartment buildings. I love the curve of this exterior. 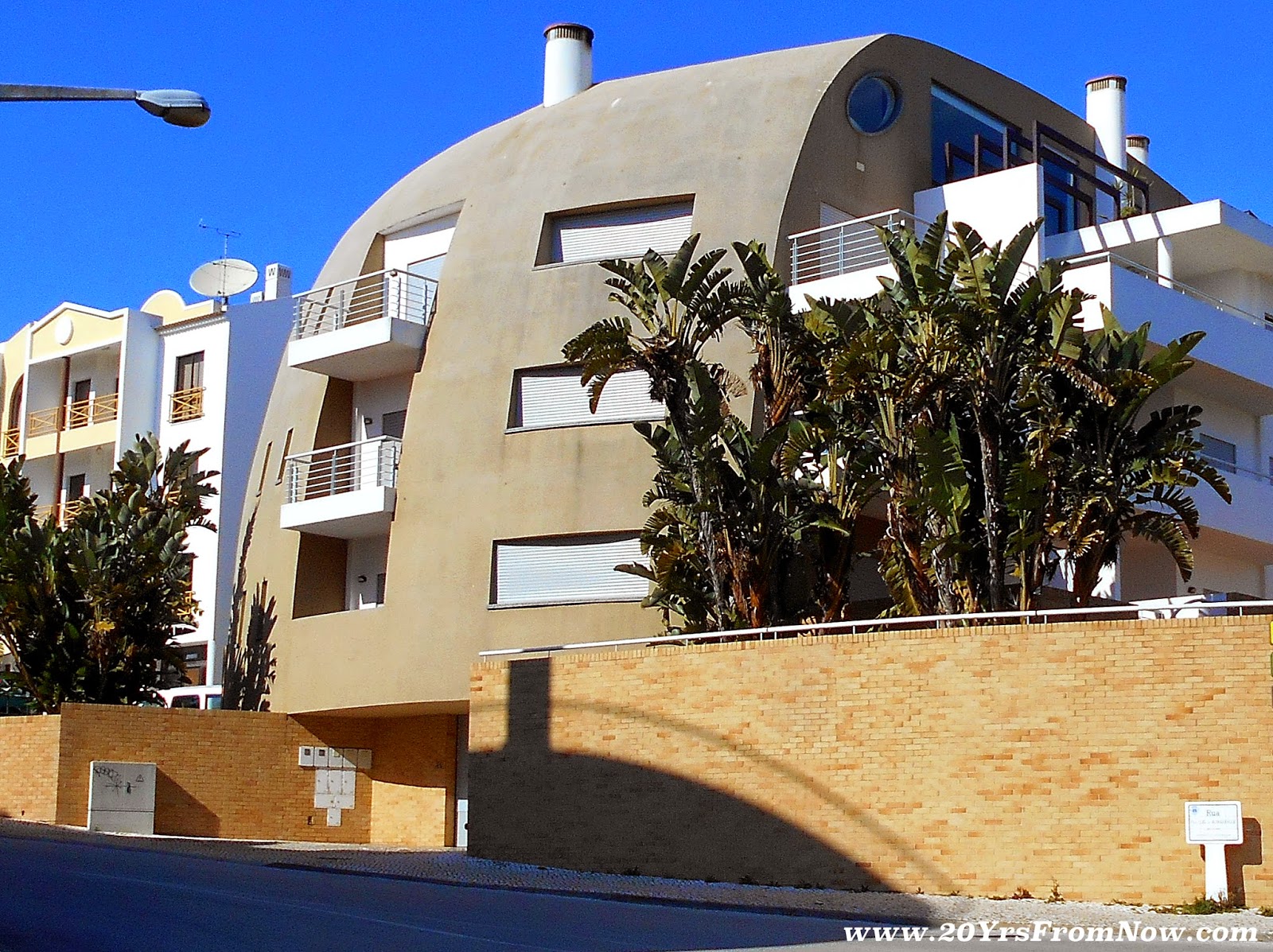 There are also single detached homes... 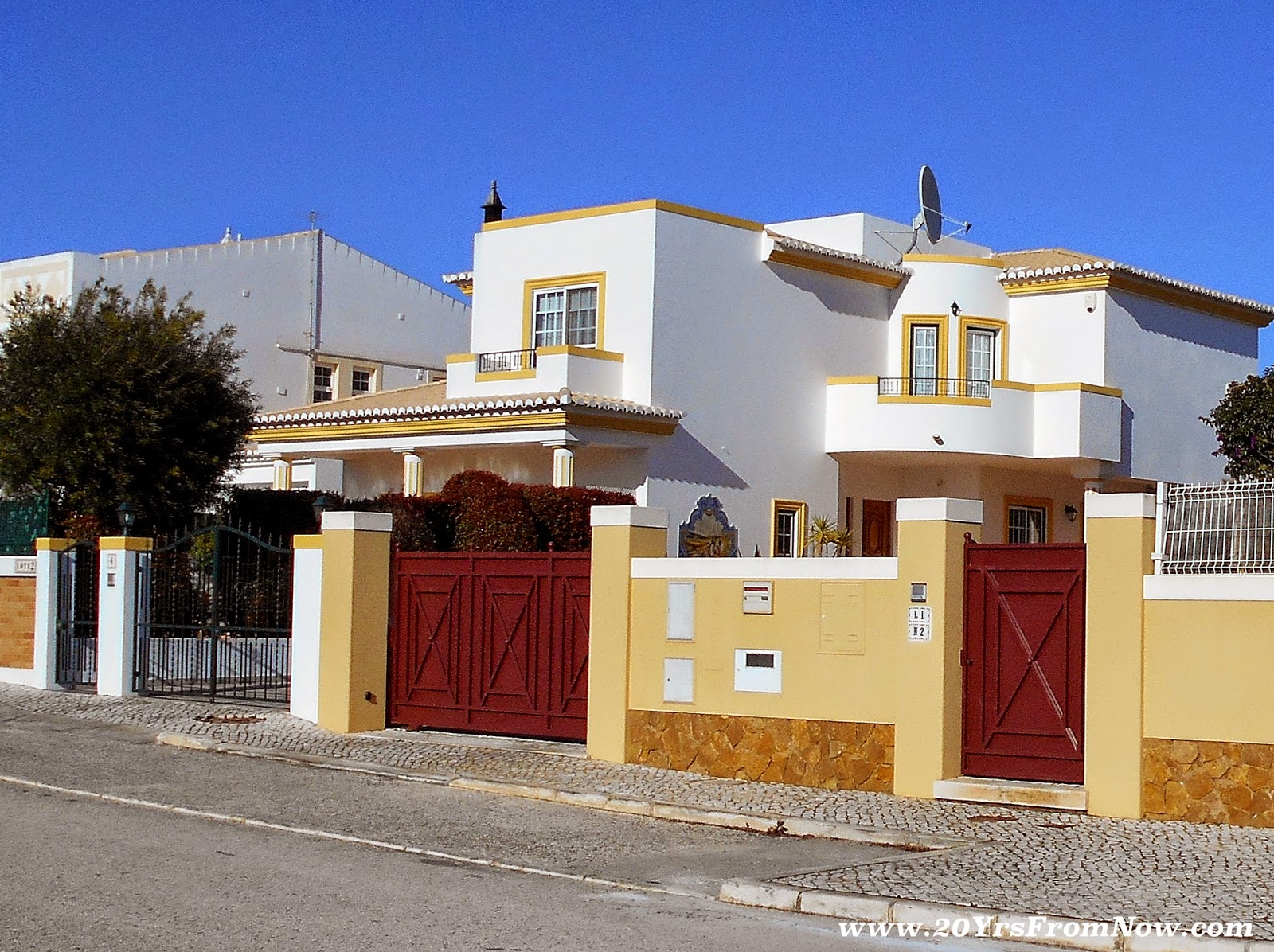 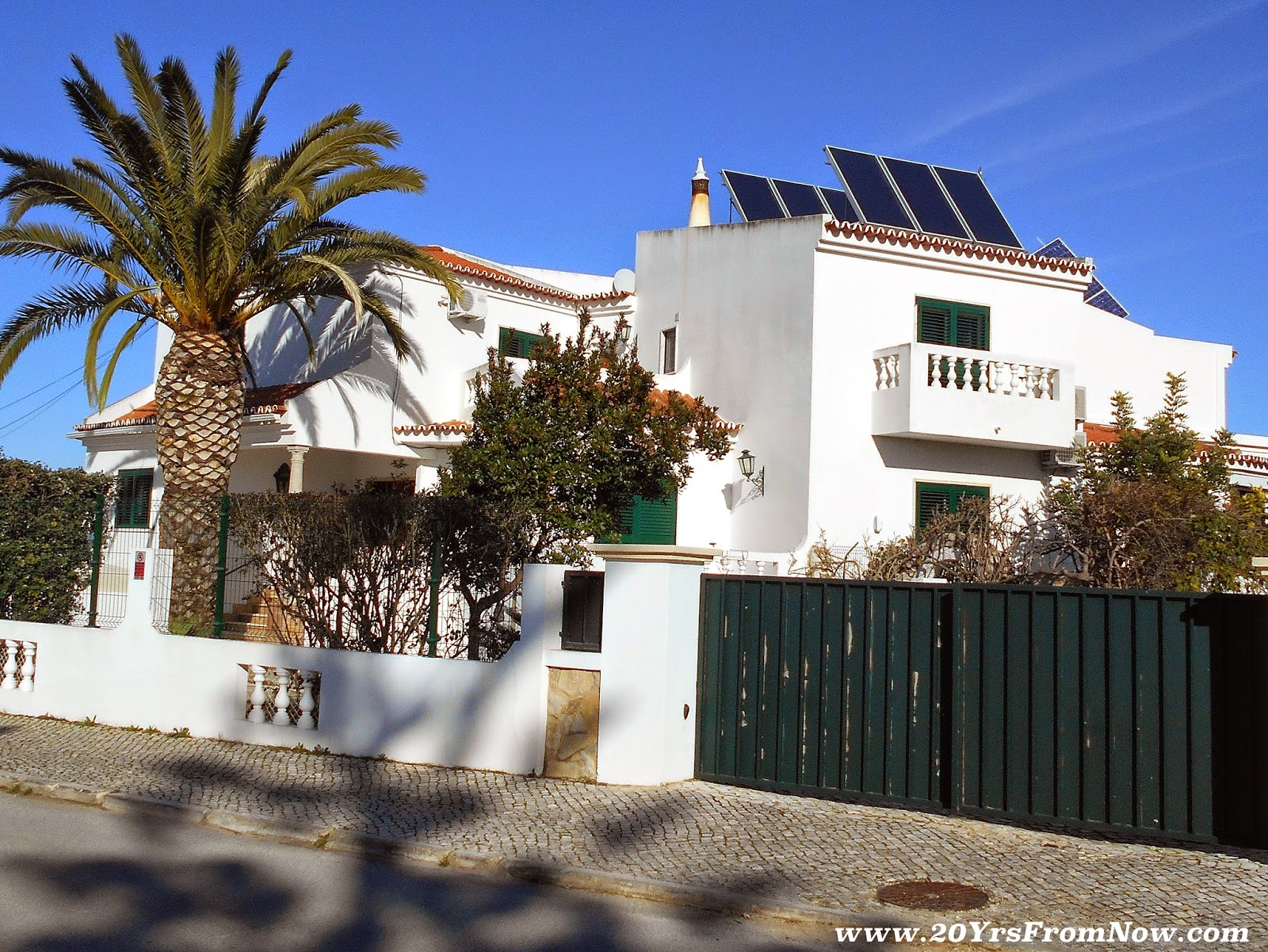 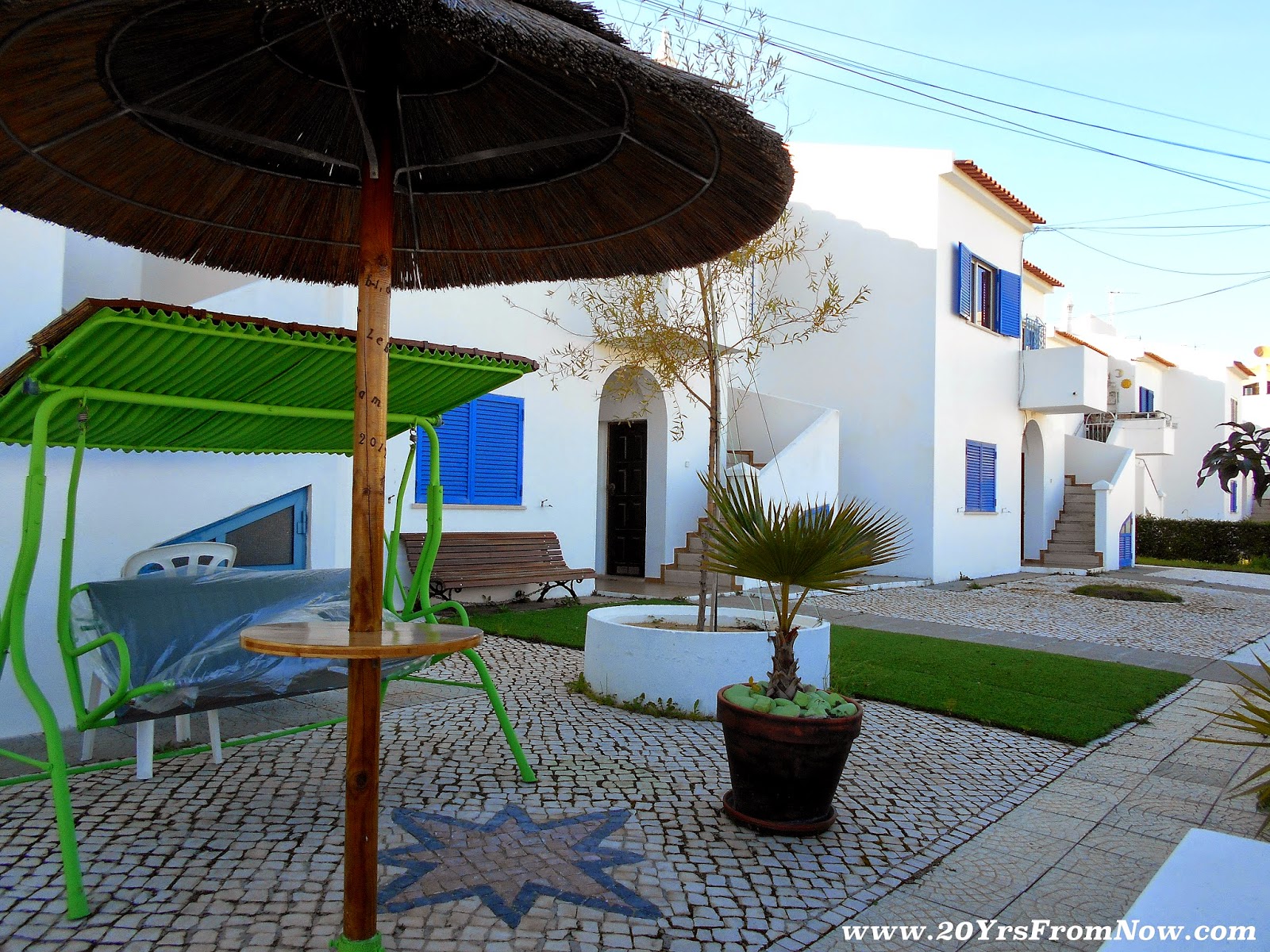 Back in the town centre the residences are more compact, but still unique and inviting to the eye. 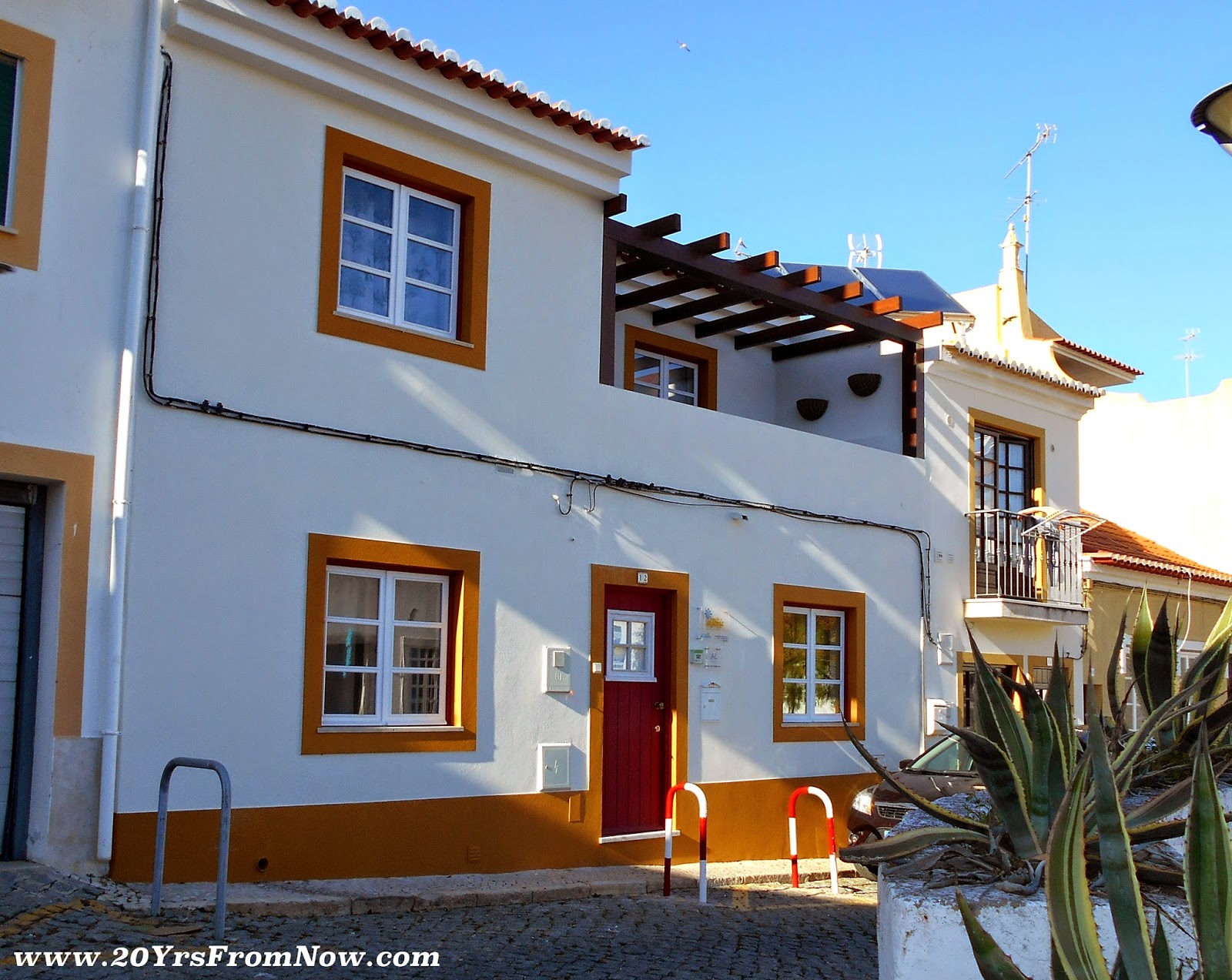 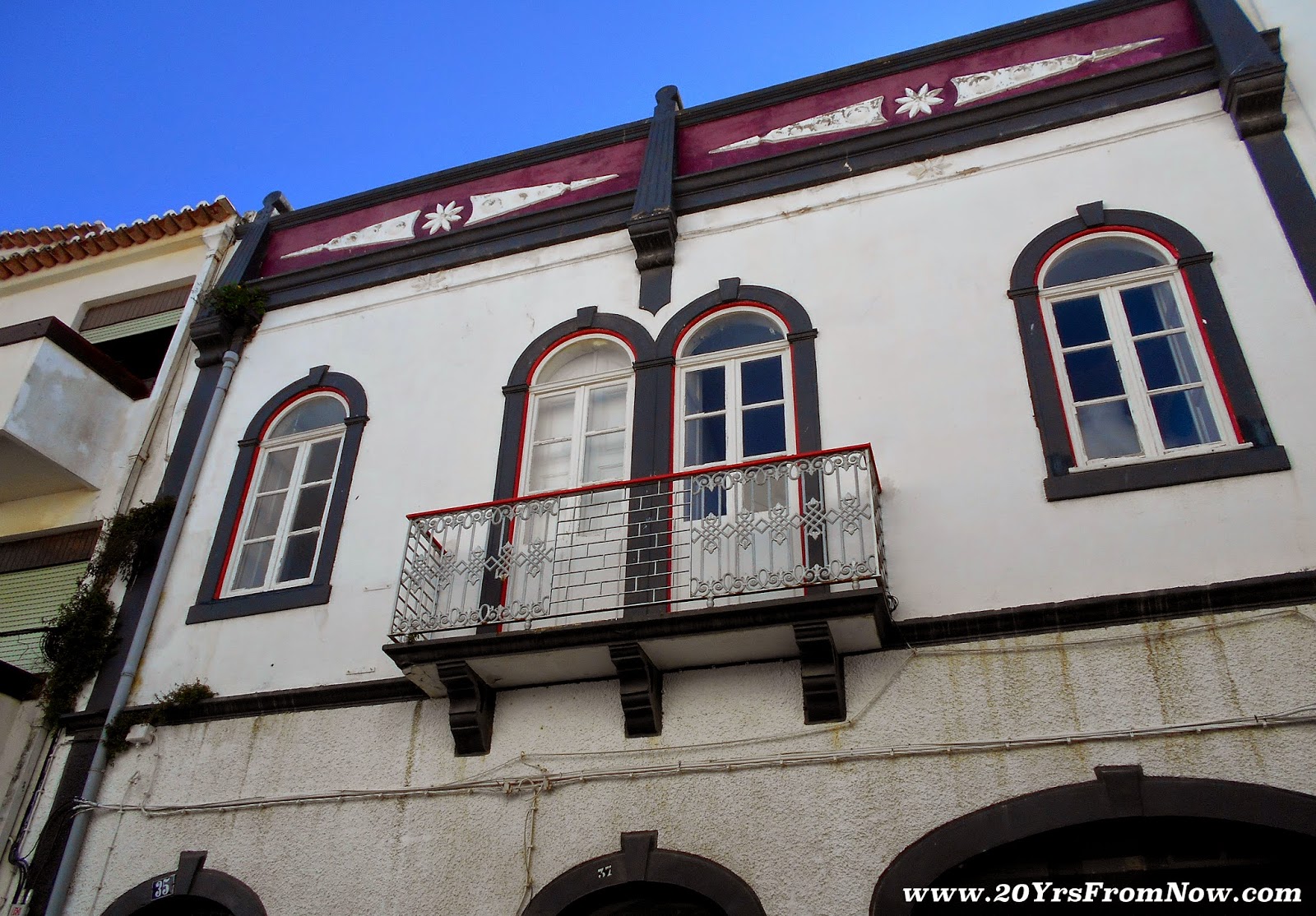 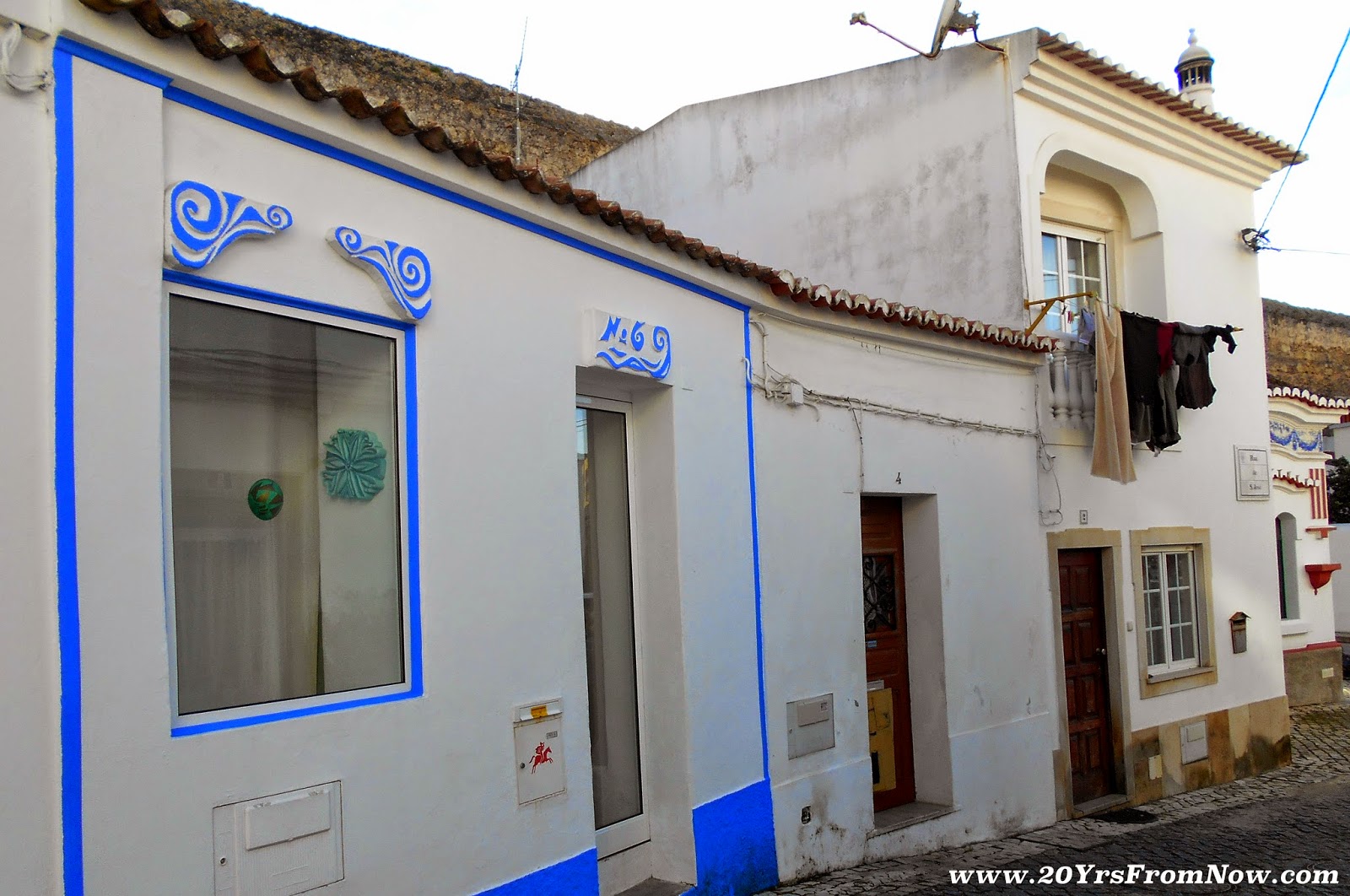 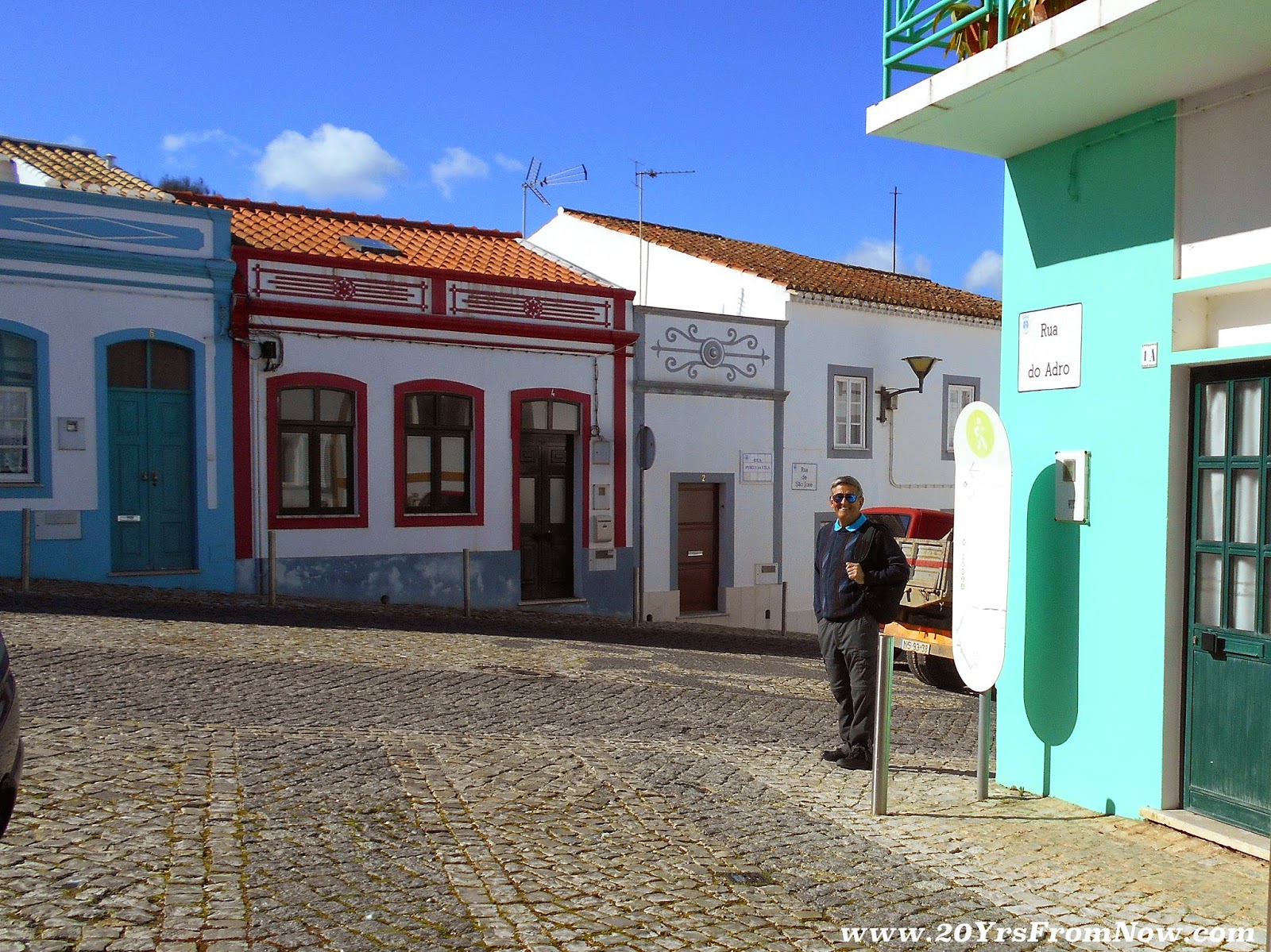 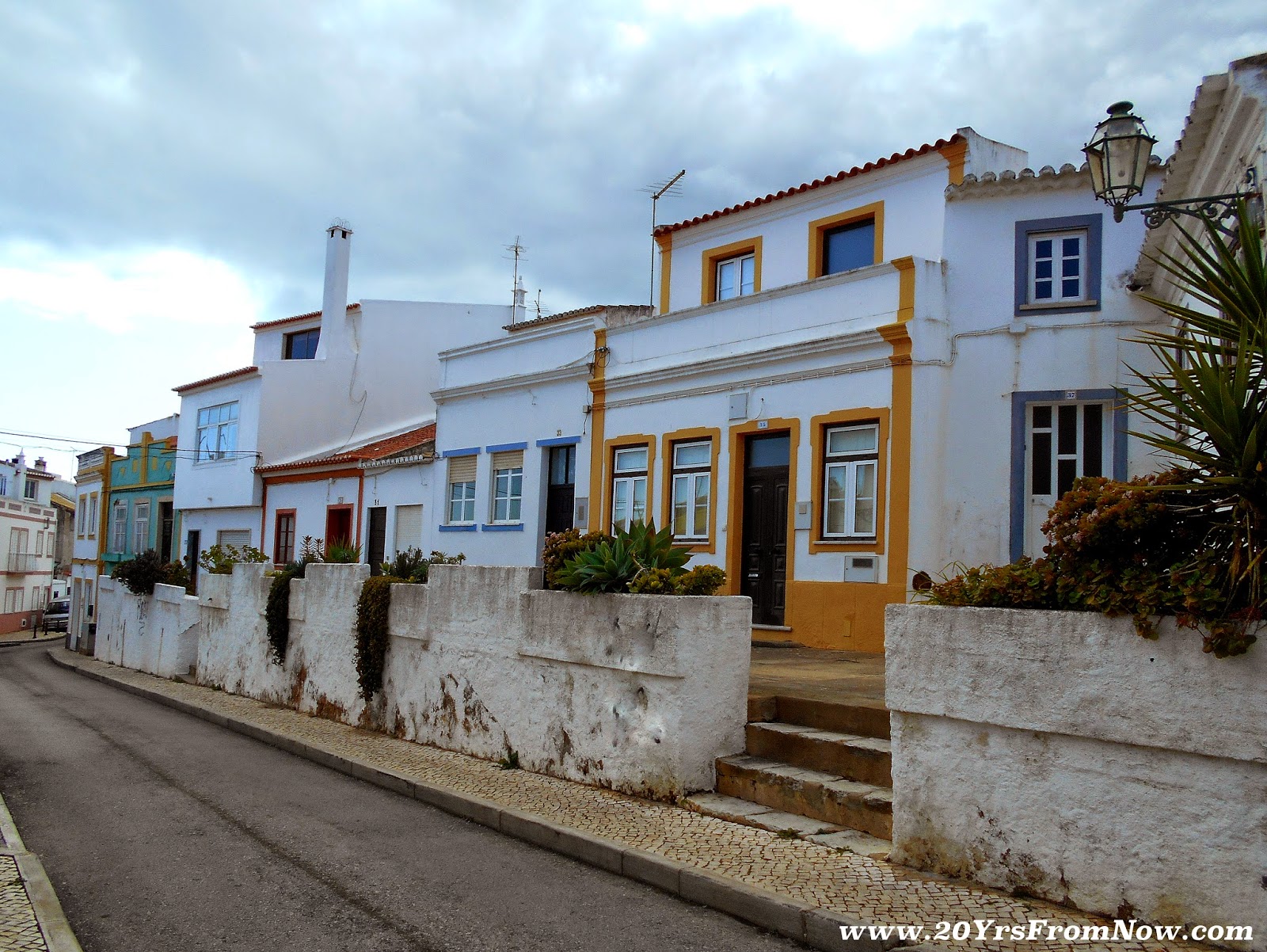 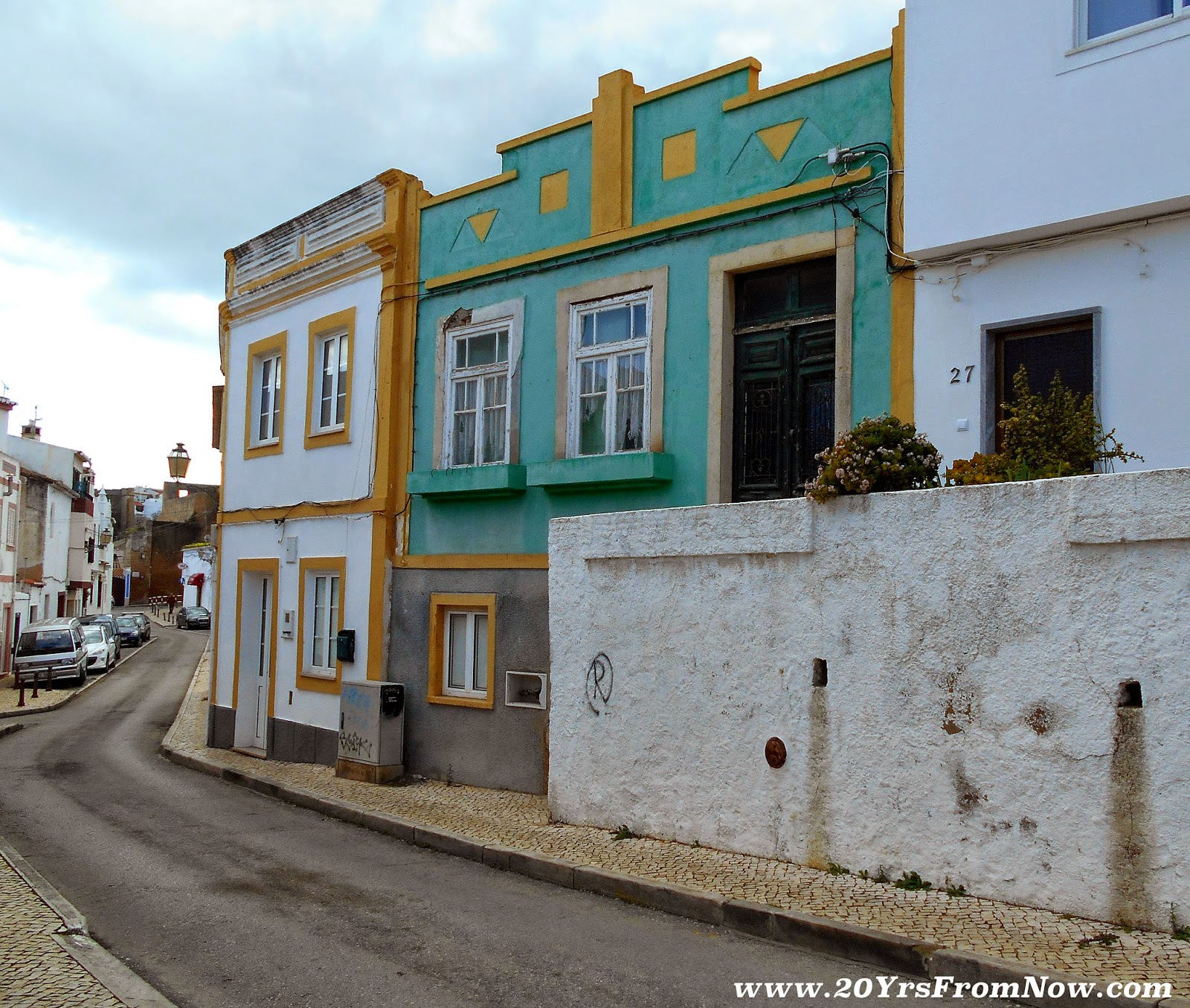 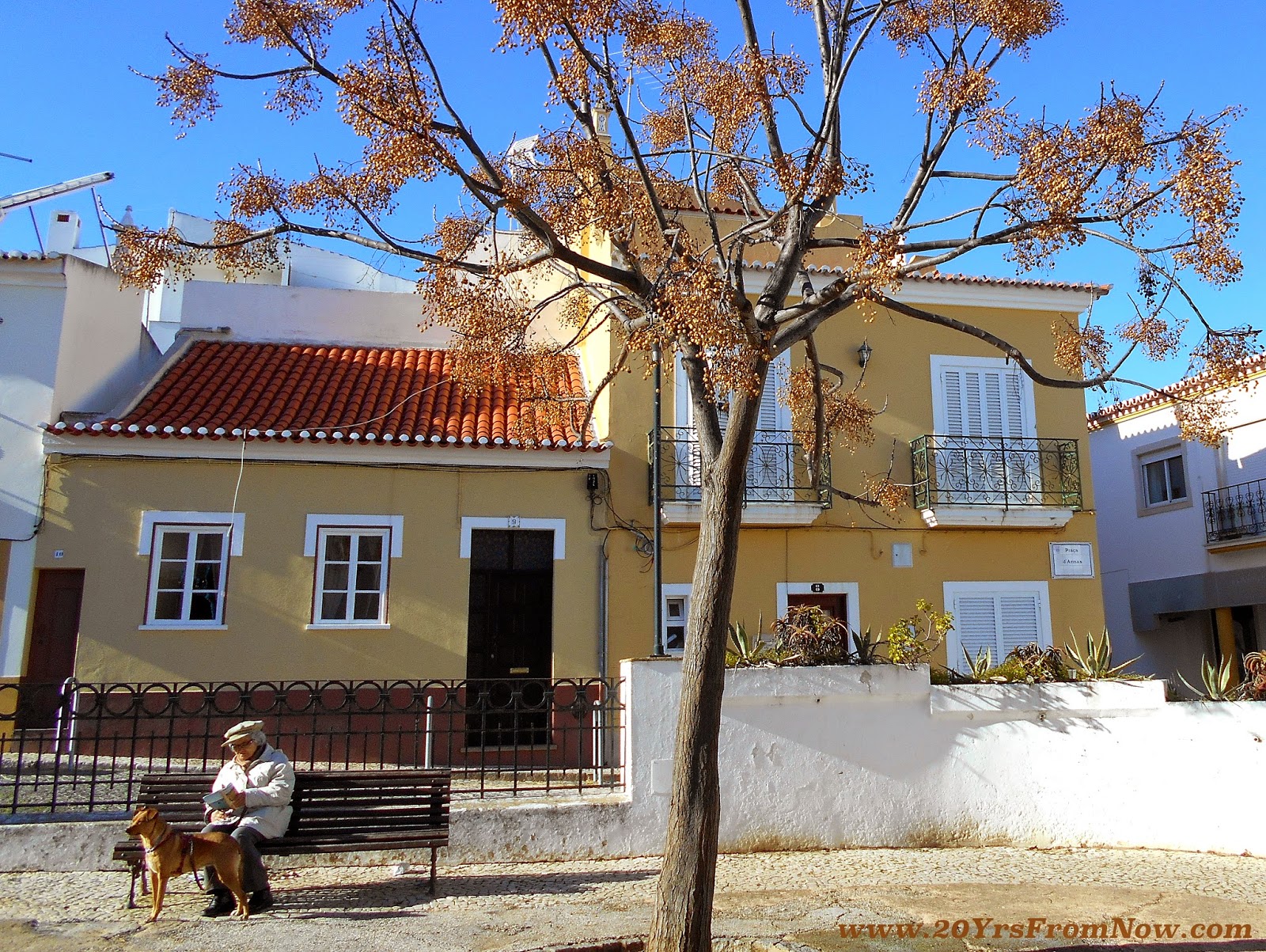 By far, however, my favourite colour combo is this one. Talk about curb appear! 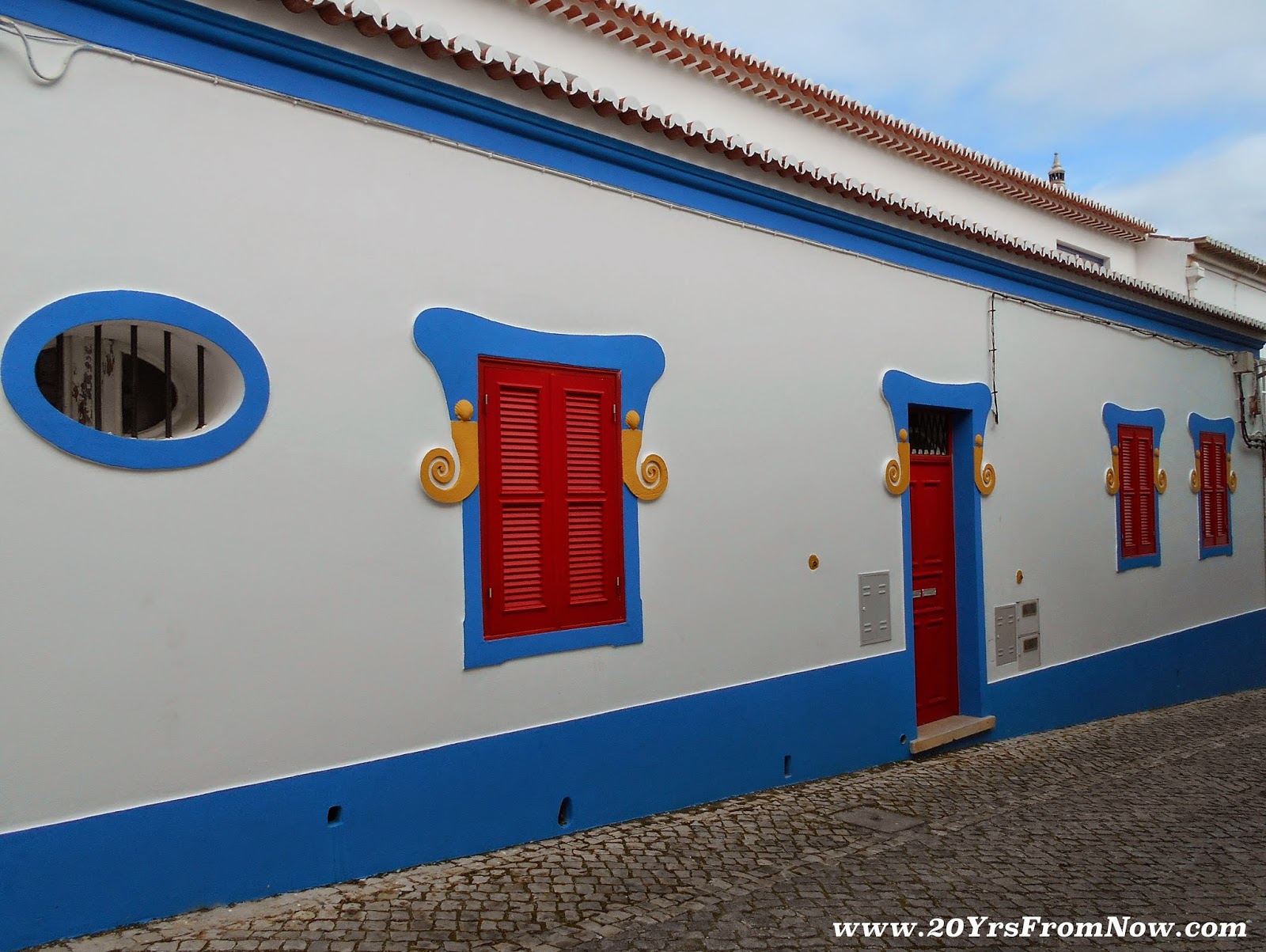 Which of these Lagos homes do you like best?