Seven kilometres west of Lagos is the town of Luz or Praia da Luz. Originally a fishing village it has recently become a huge hit with British vacationers and the first thing we noticed when we arrived was a pub. 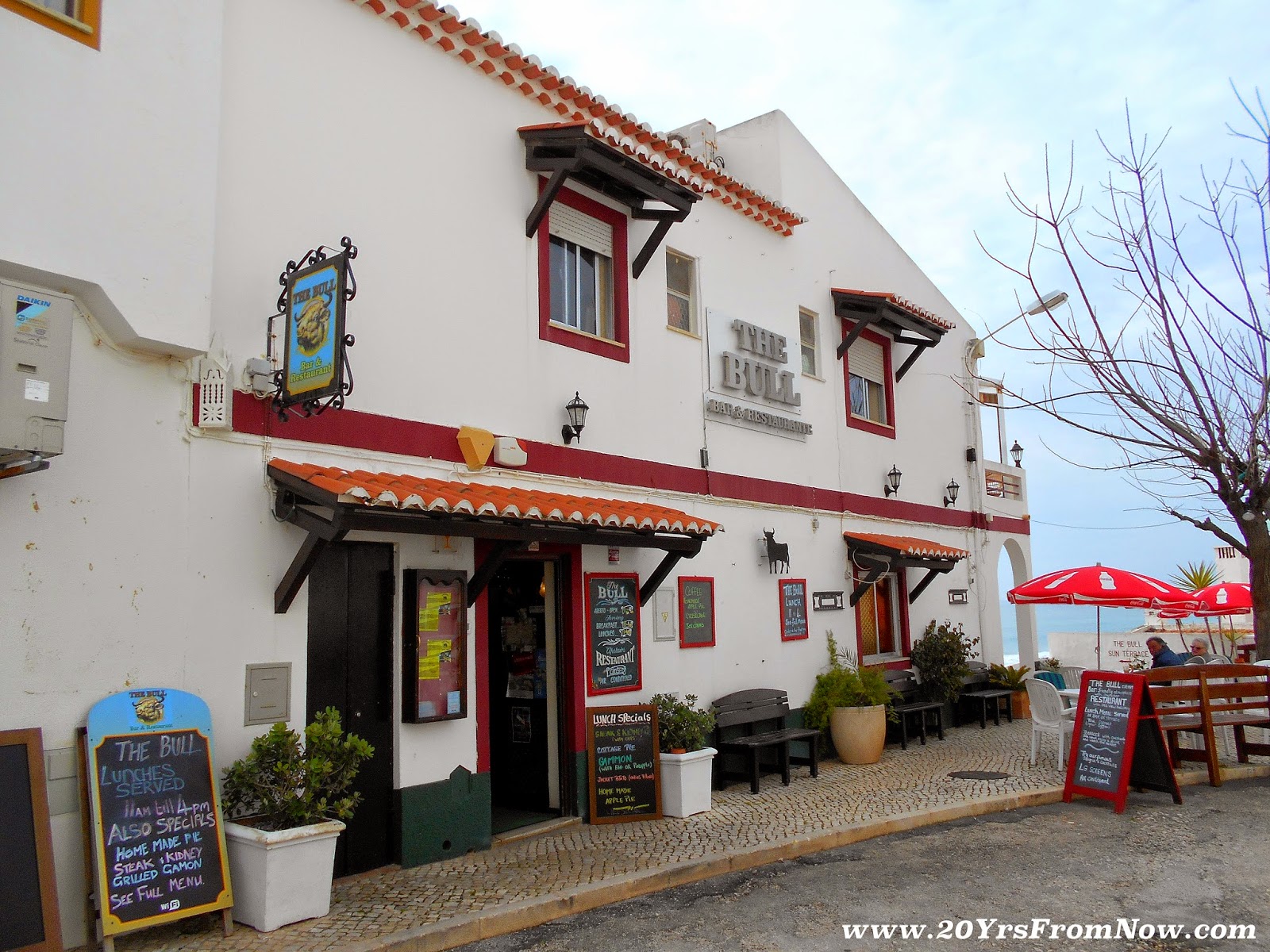 Eating inside is always an option, but with mild temperatures and a clear sunny sky most people opt for the umbrellaed tables pictured on the right above, or the deck that's on the far right hand side. 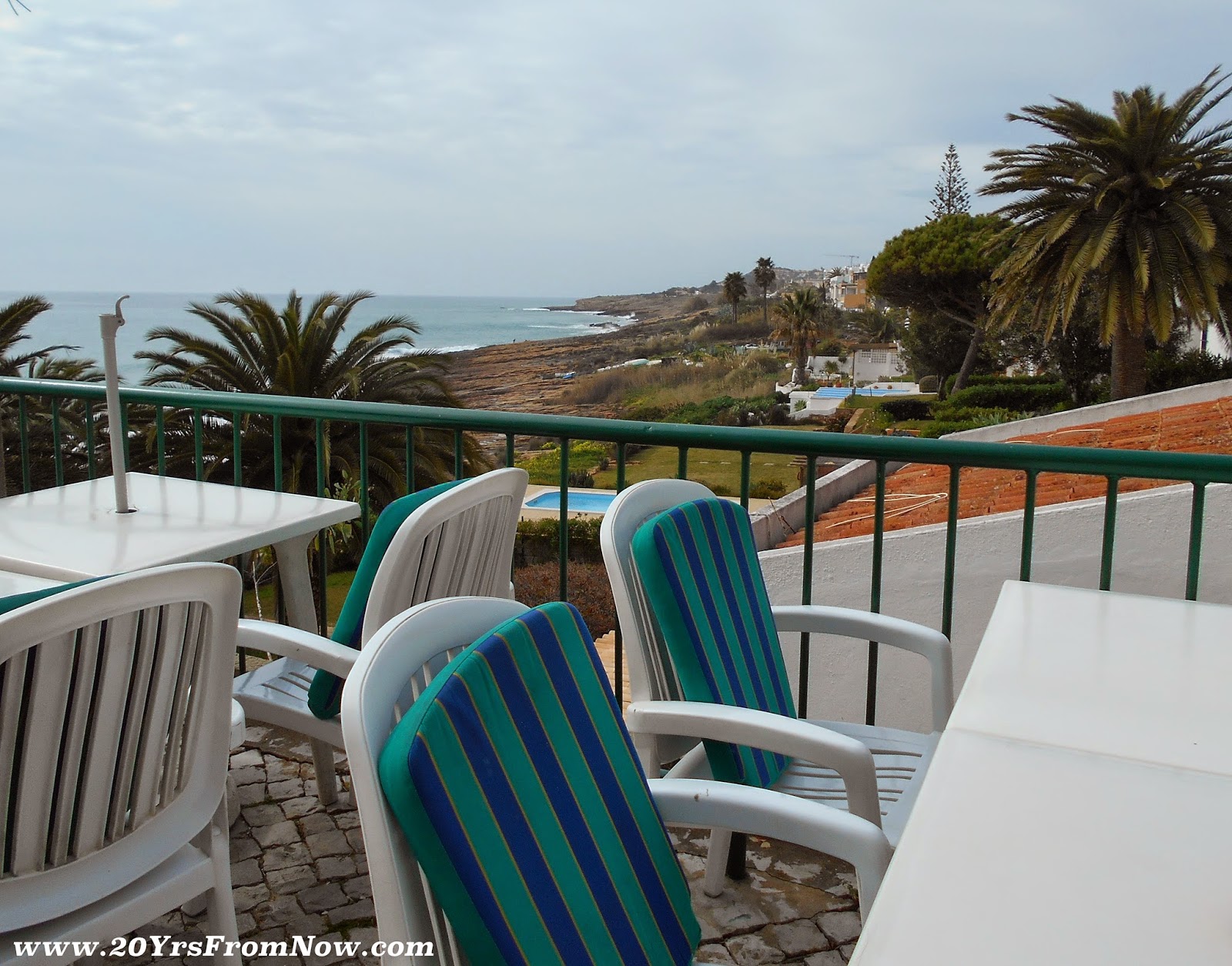 There are some lovely homes along this portion of the coast. This first row of town homes are on the south side of the road and nearest the ocean. 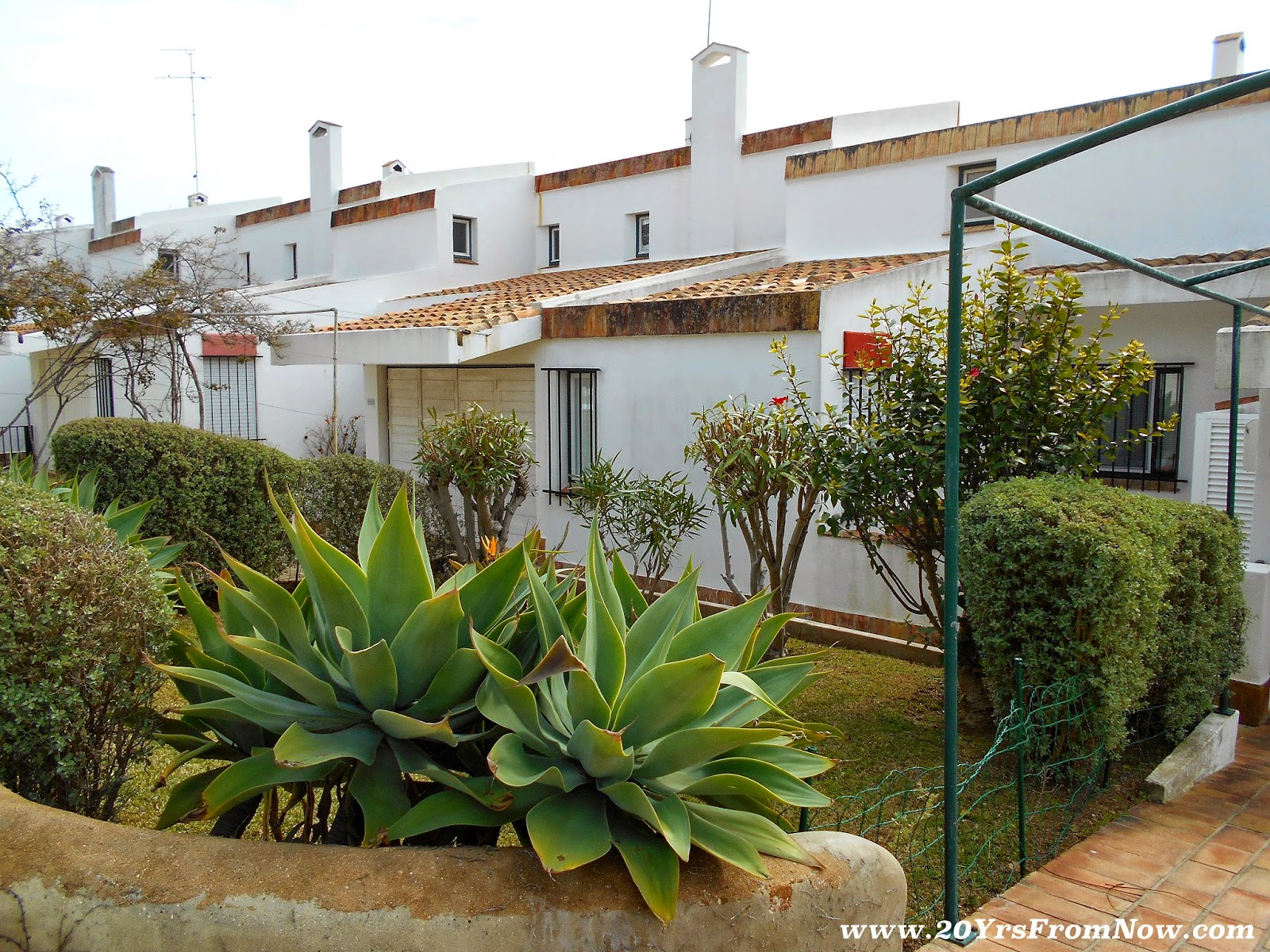 While those on the north side are taller to provide an equally stunning view. 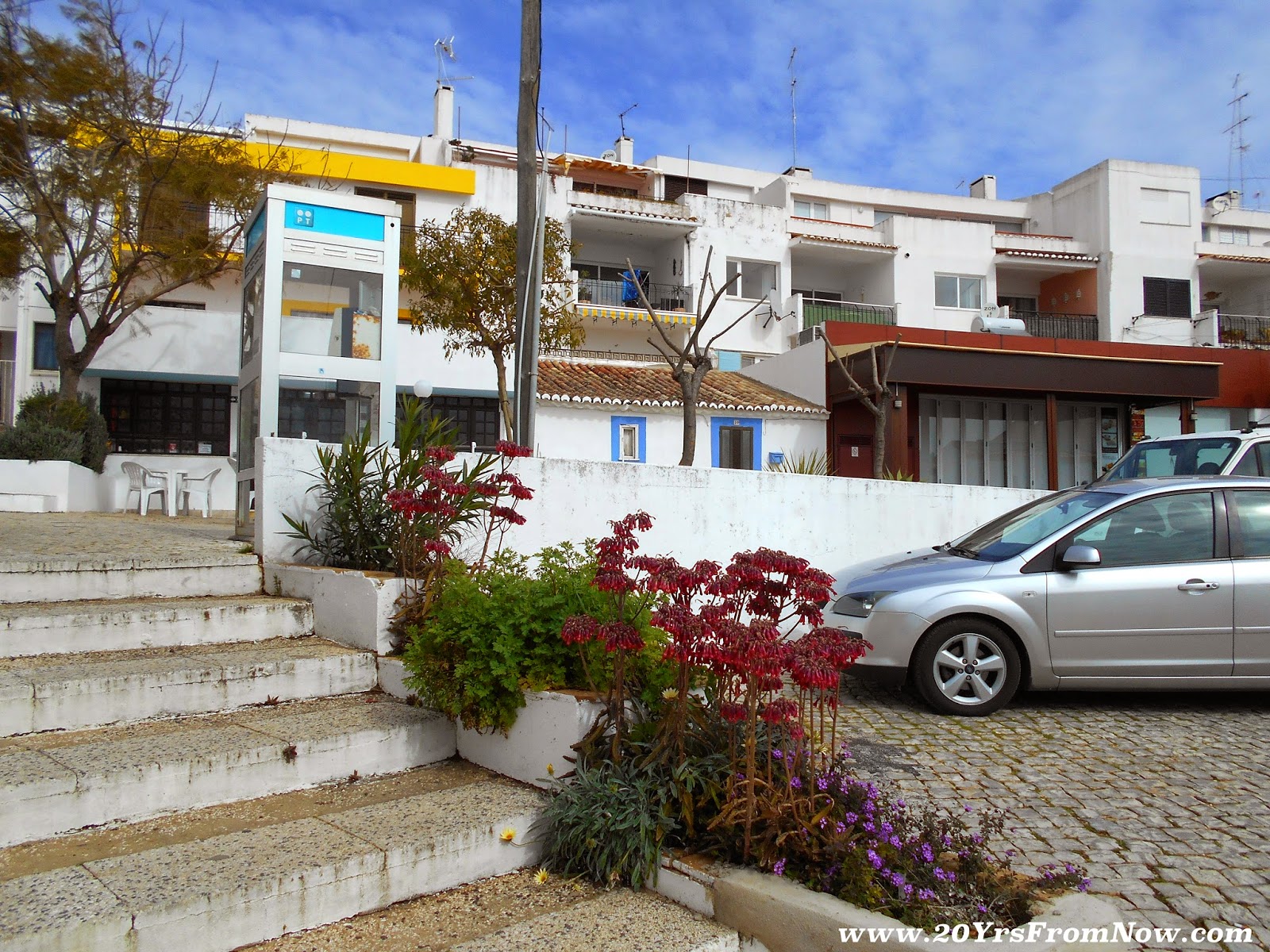 And oh was a view it is as shown in this next photo. 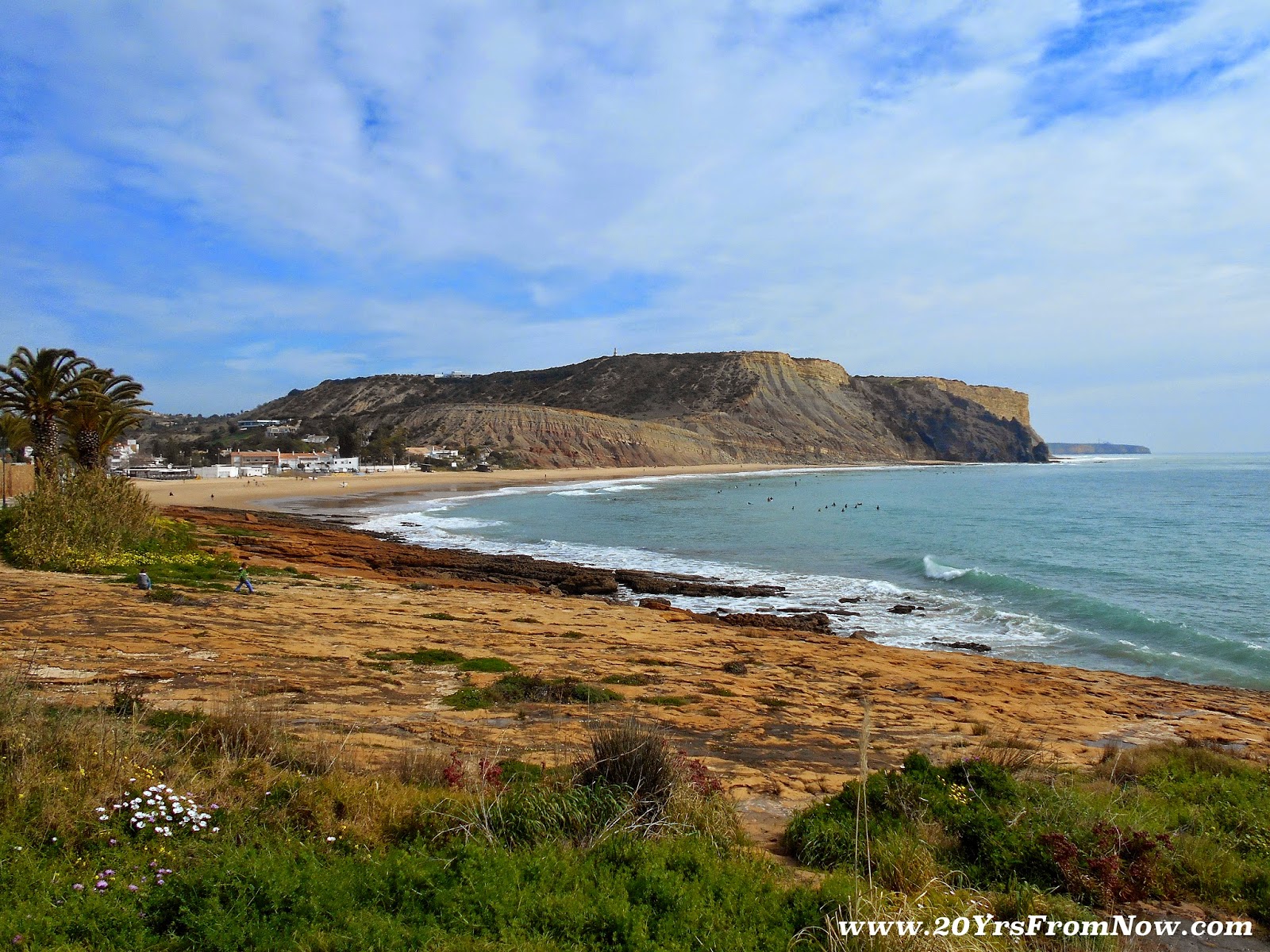 It makes total sense to have a small park area and benches just to soak it all in. 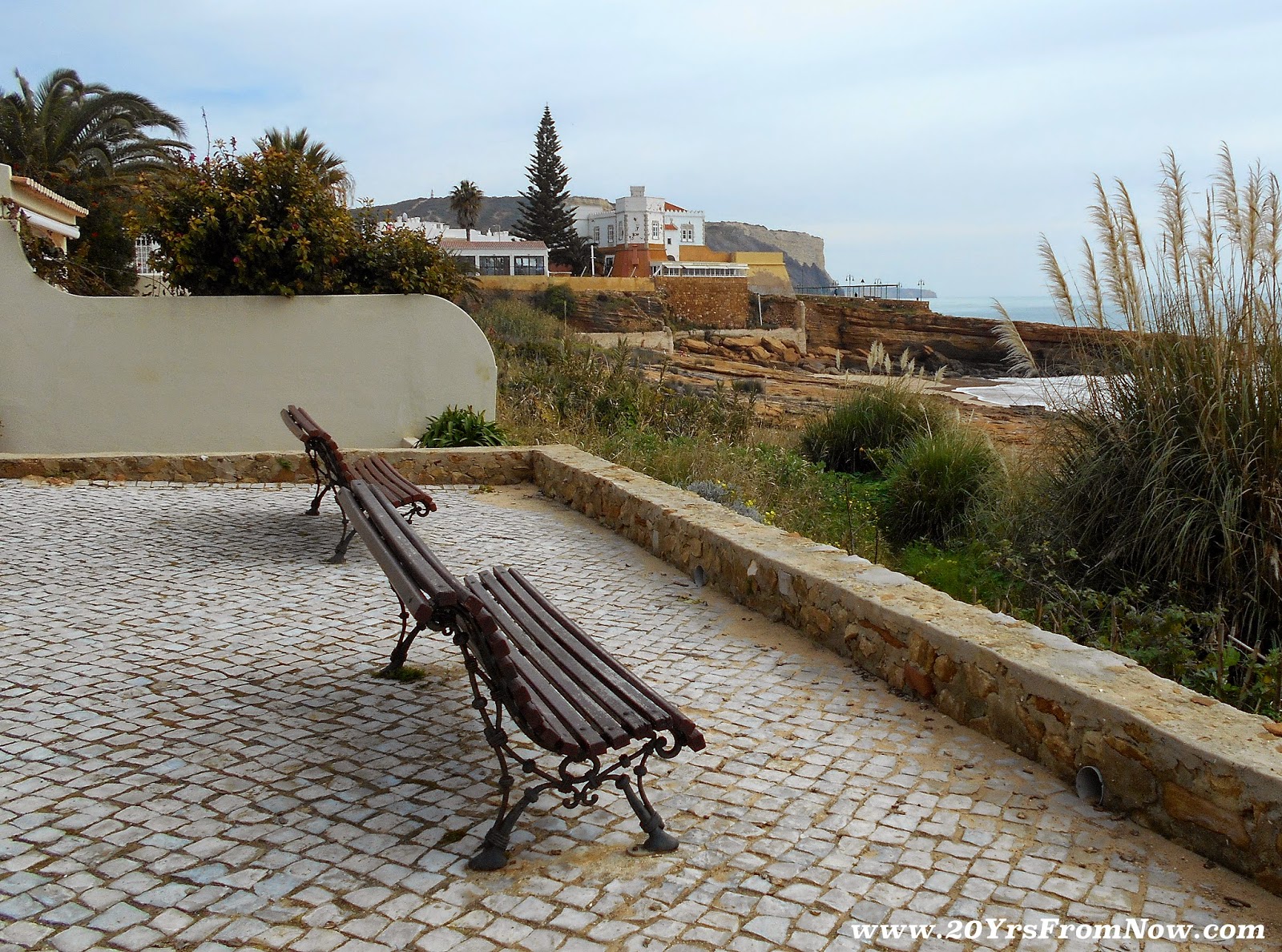 We ventured further, closer to the water and spotted these fishing boats. 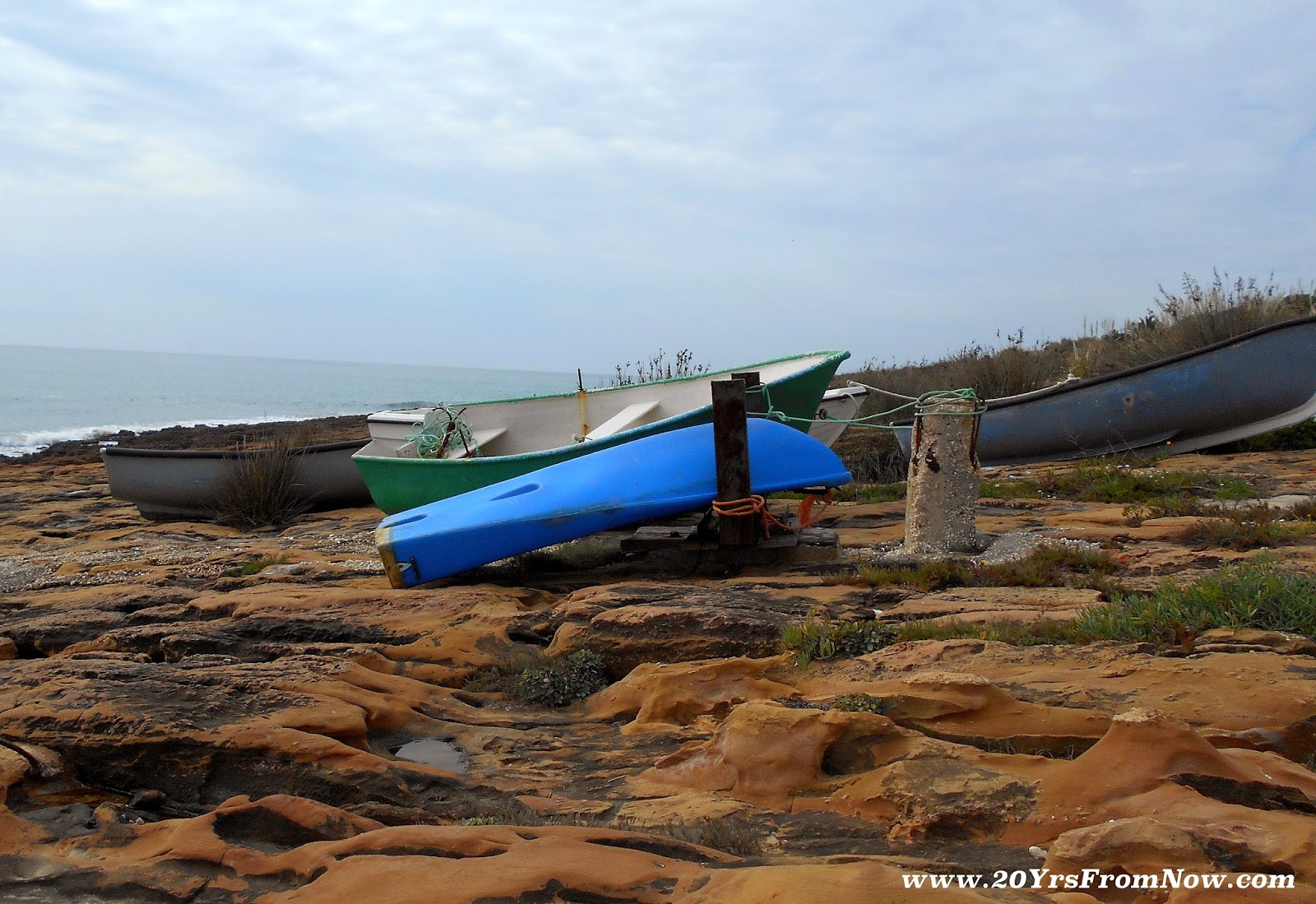 Returning to the town centre we passed by the Church of Nossa Senhora da Luz (Our Lady of the Light). 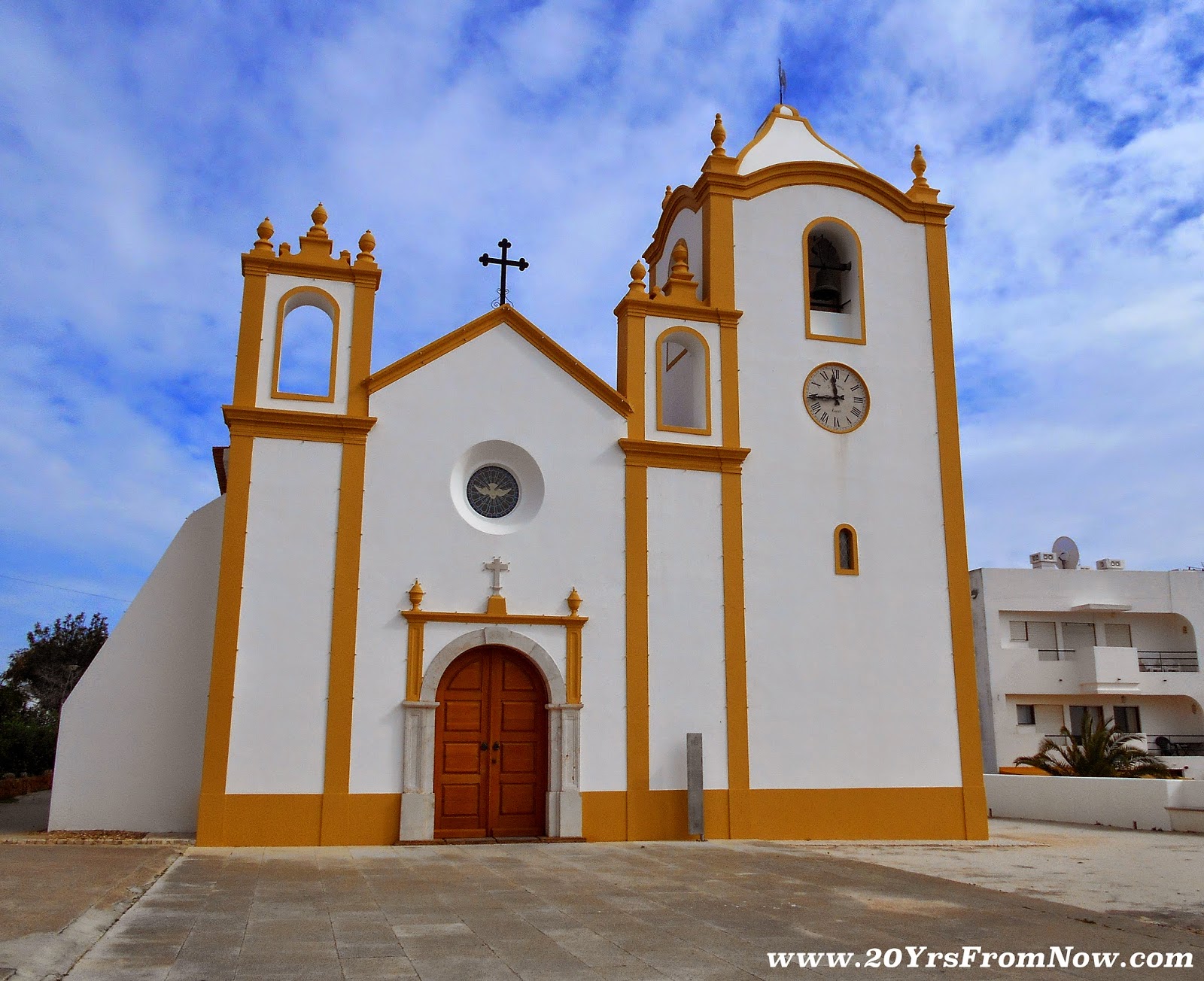 On the opposite side of the street is a 16th century fort originally built to ward off pirates. 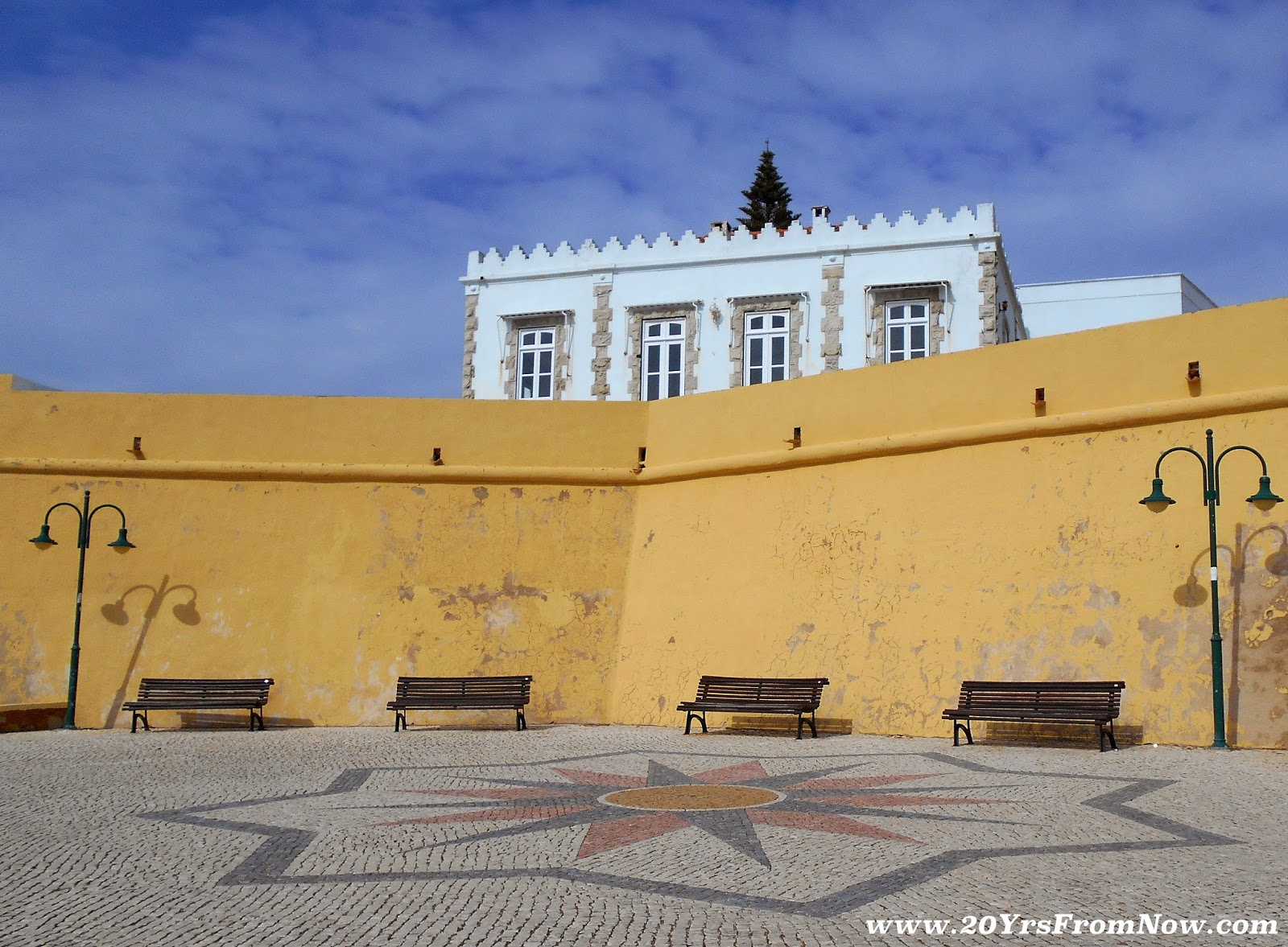 Now it's a restaurant... 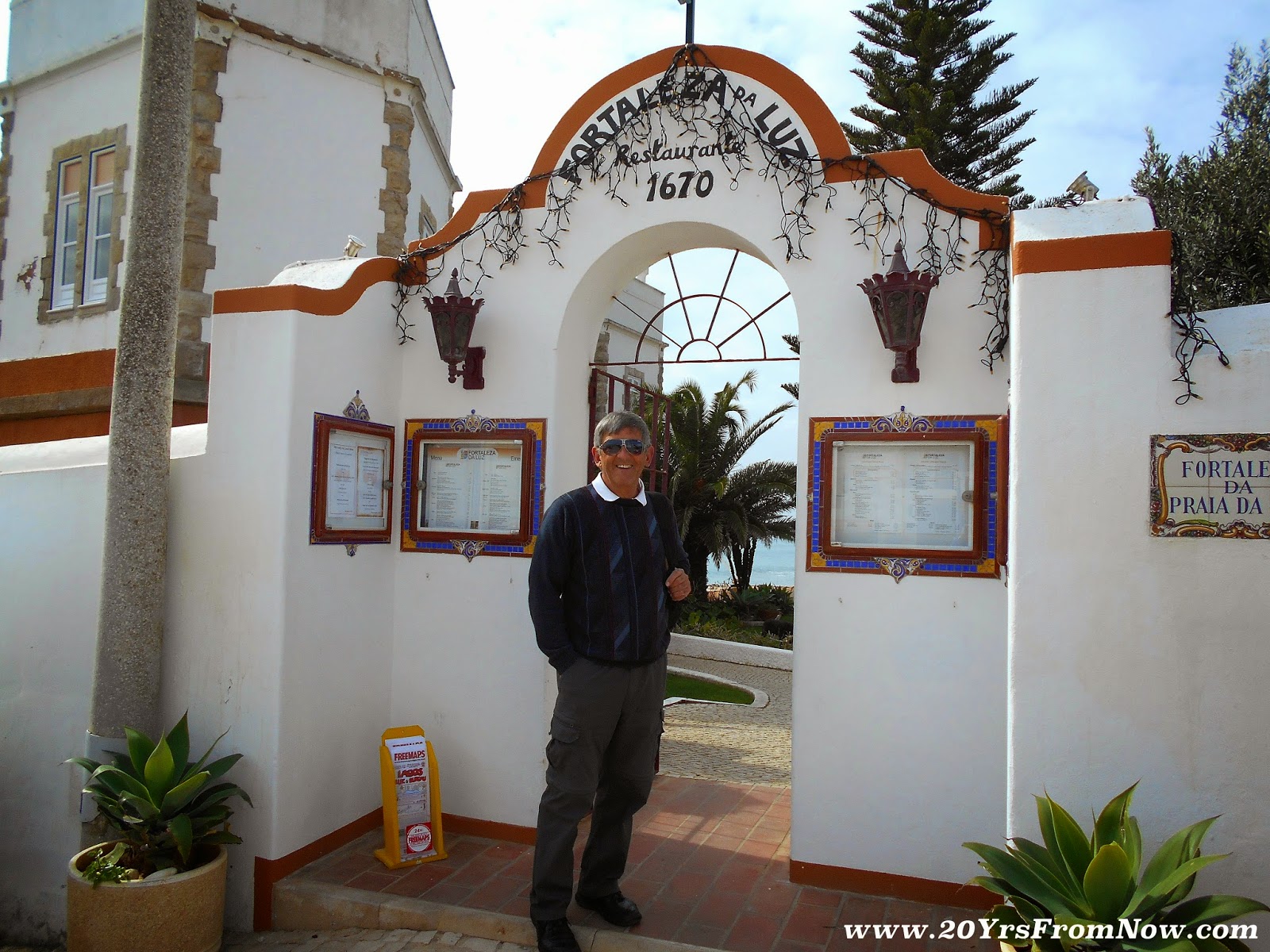 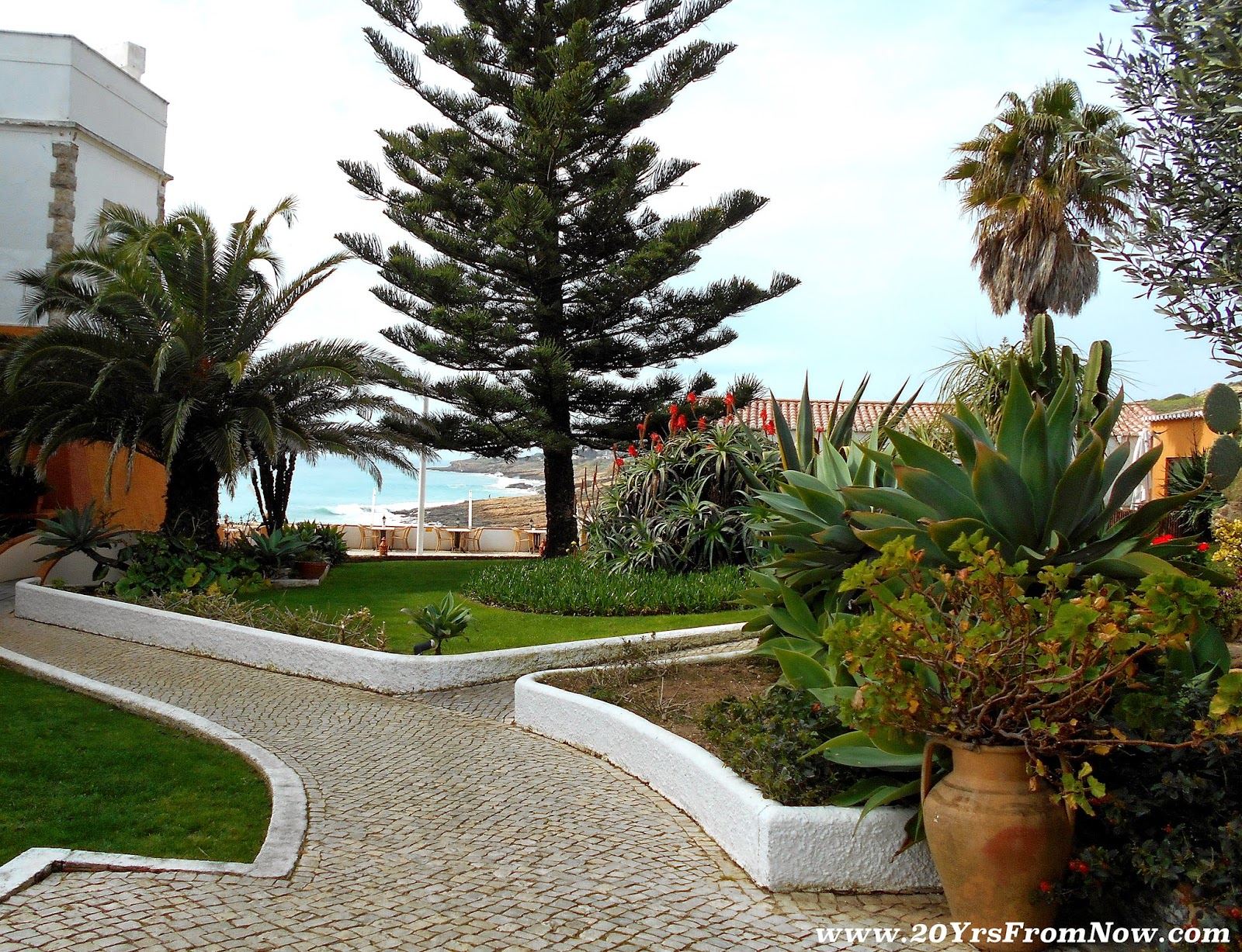 The focal point of Luz is the area in front of the fort. 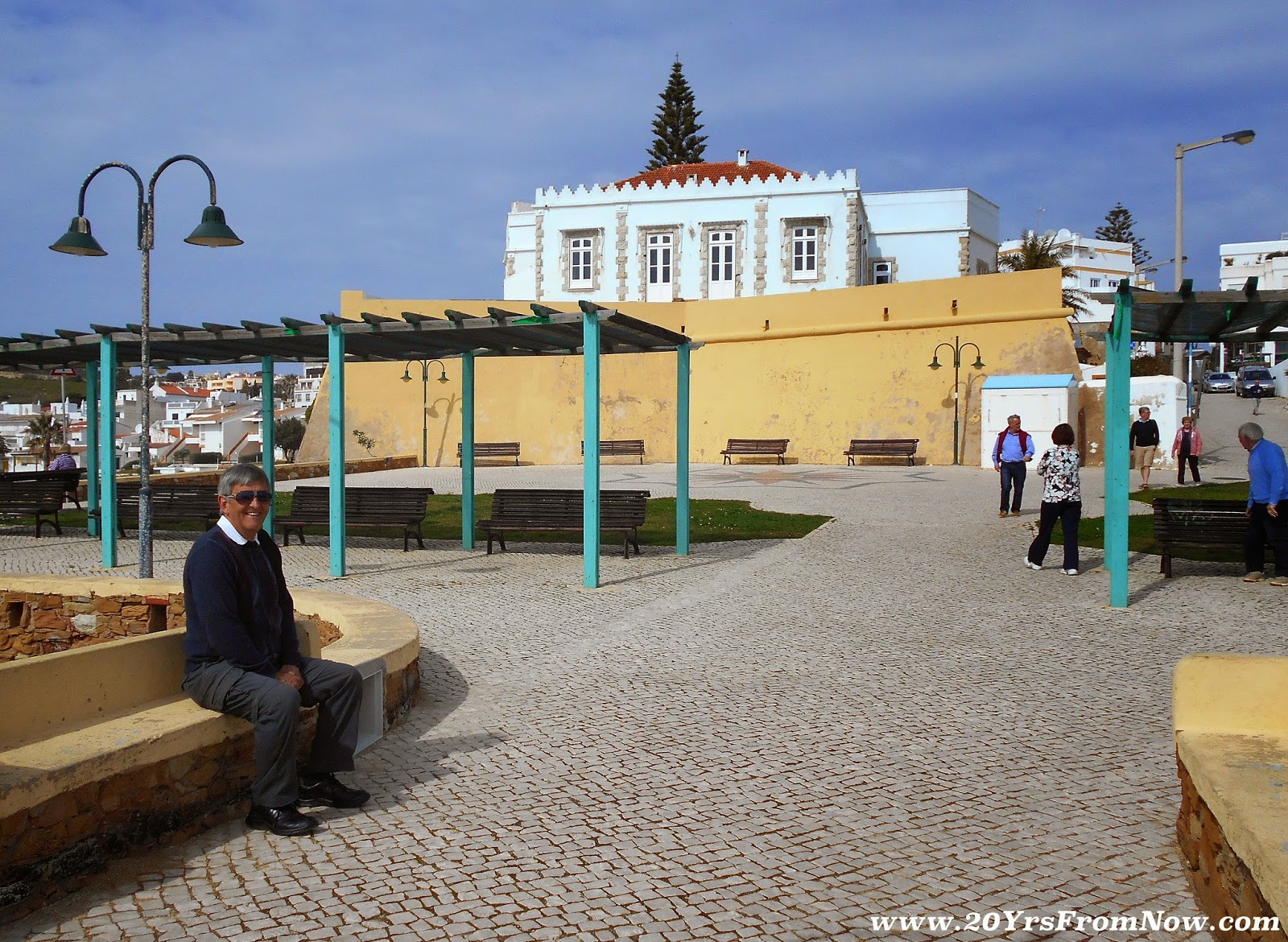 The view from where John's sitting is of the beach, black rock cliff and the promenade. Those little black dots in the foreground are surfers. 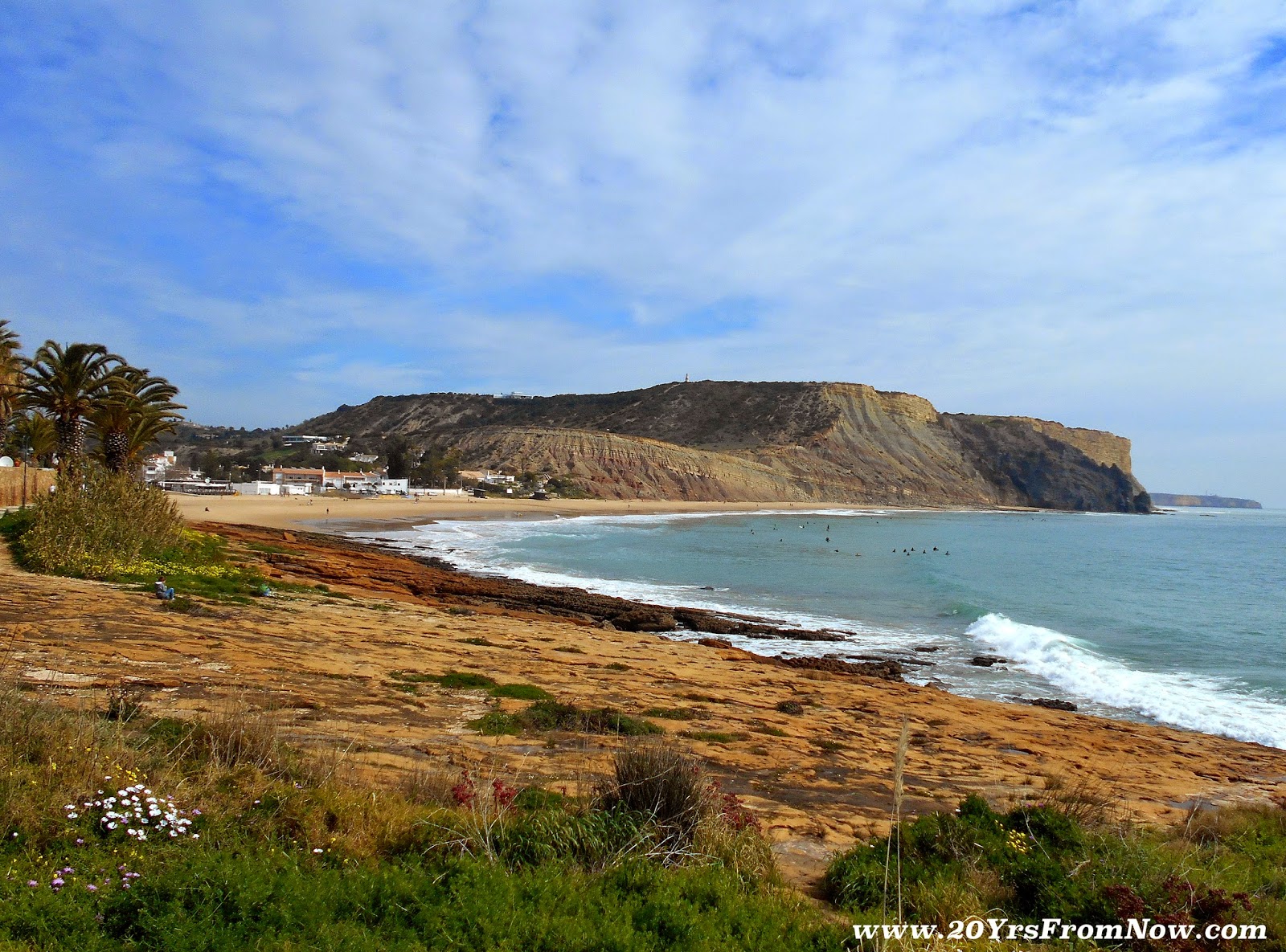 We watched these fishermen for awhile, but didn't see them reel in a catch. 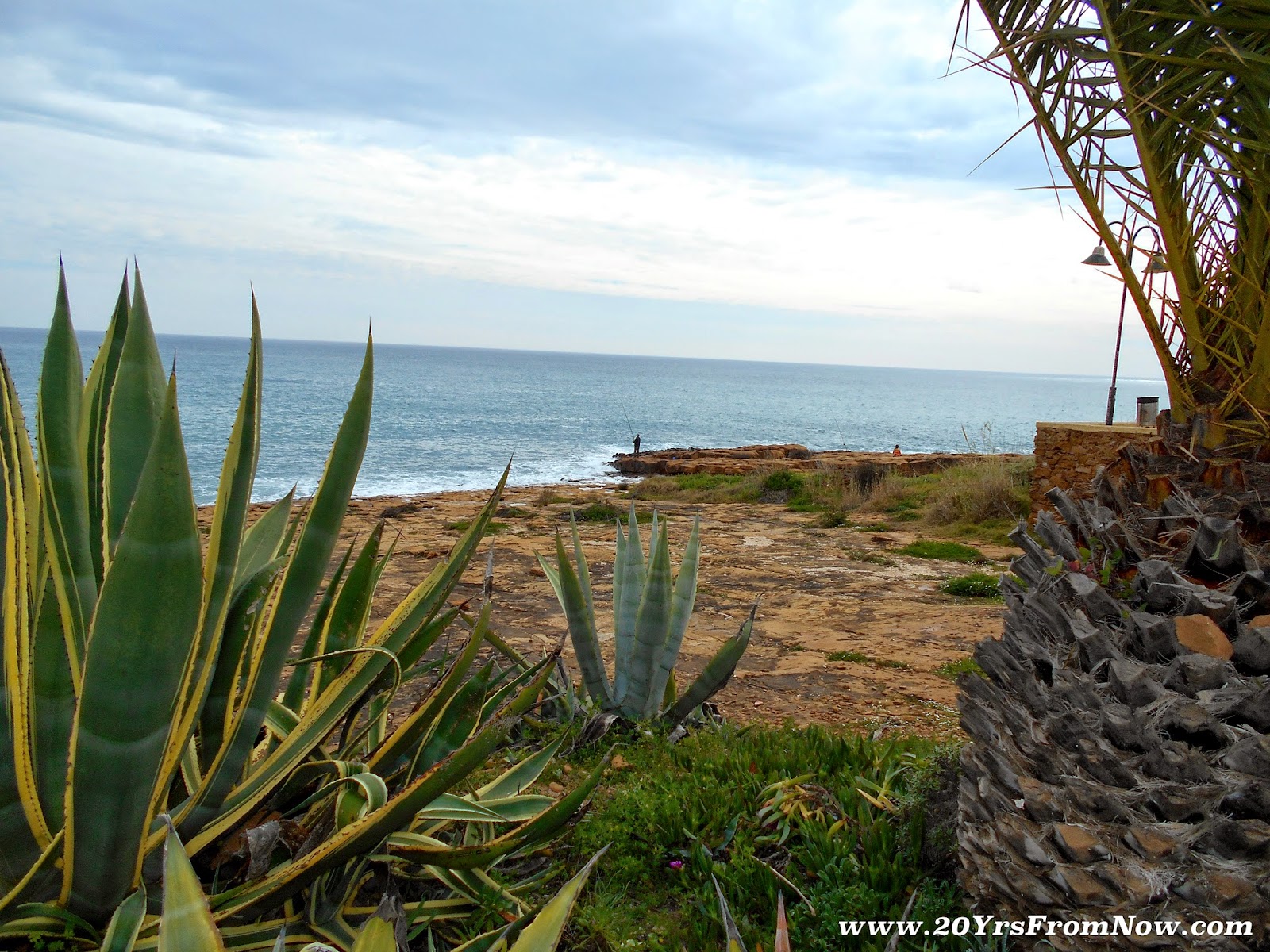 So, we walked long the promenade to the beach. 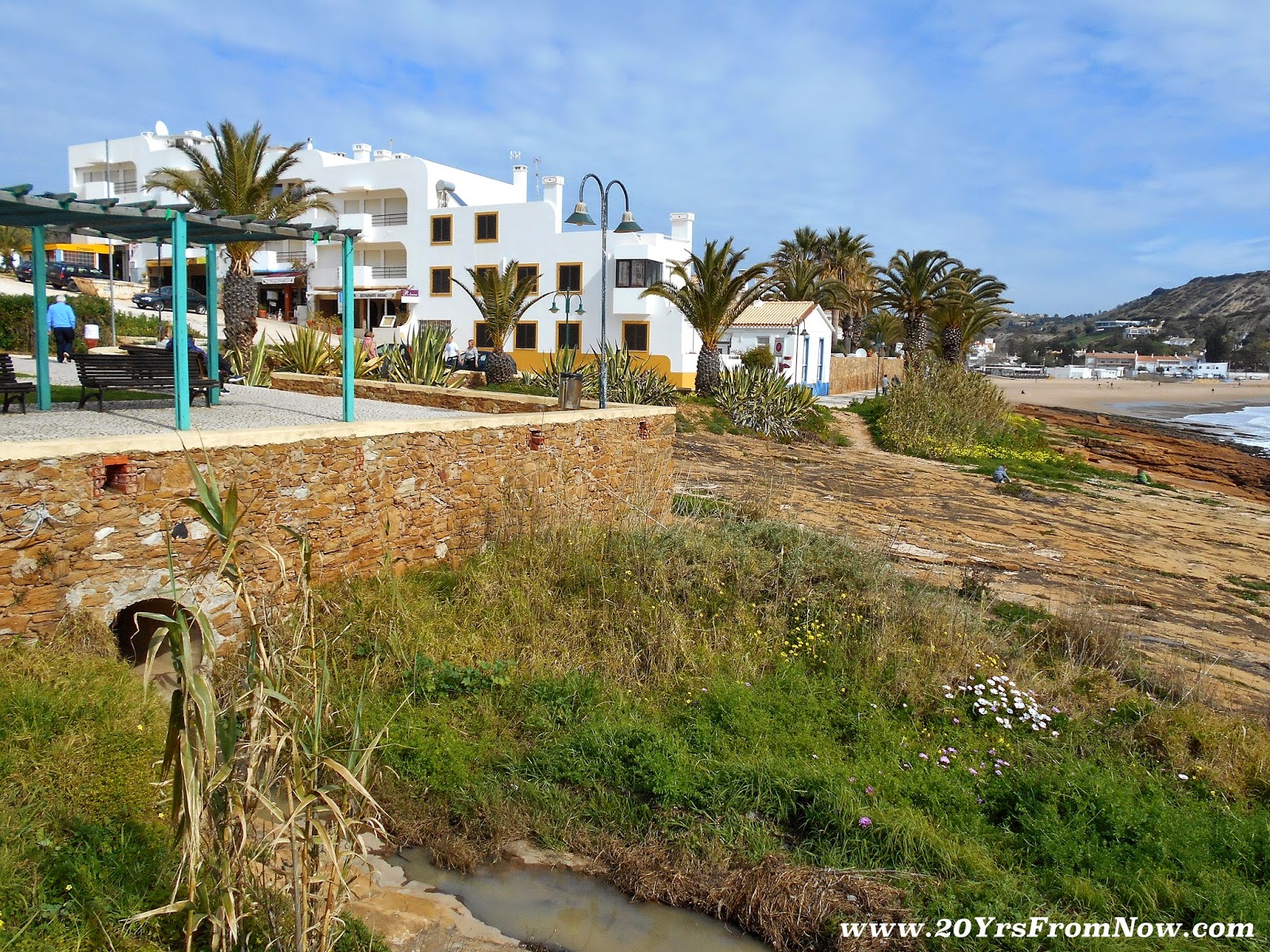 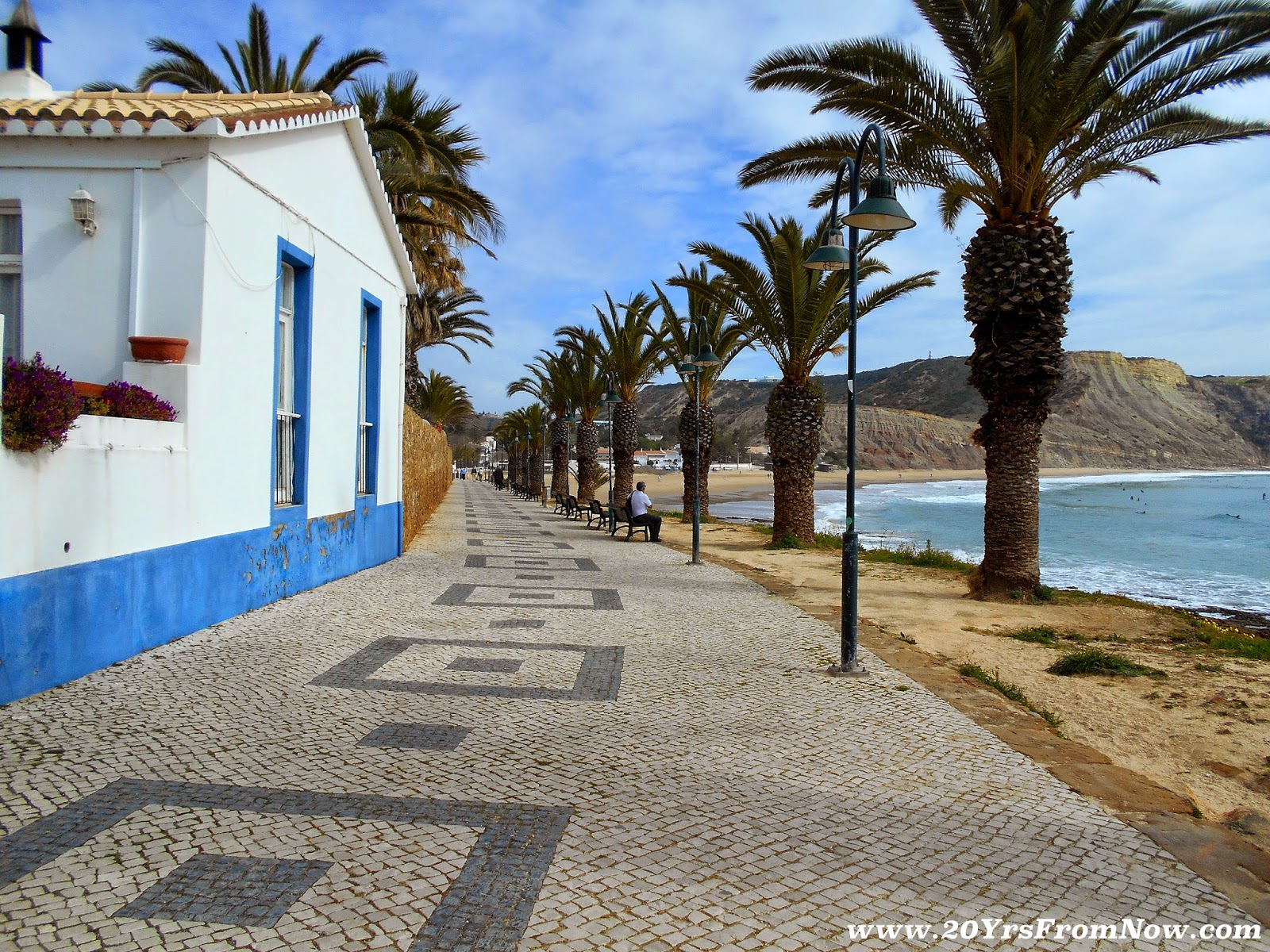 Beyond the blue and white home is a stone wall built by the Romans. 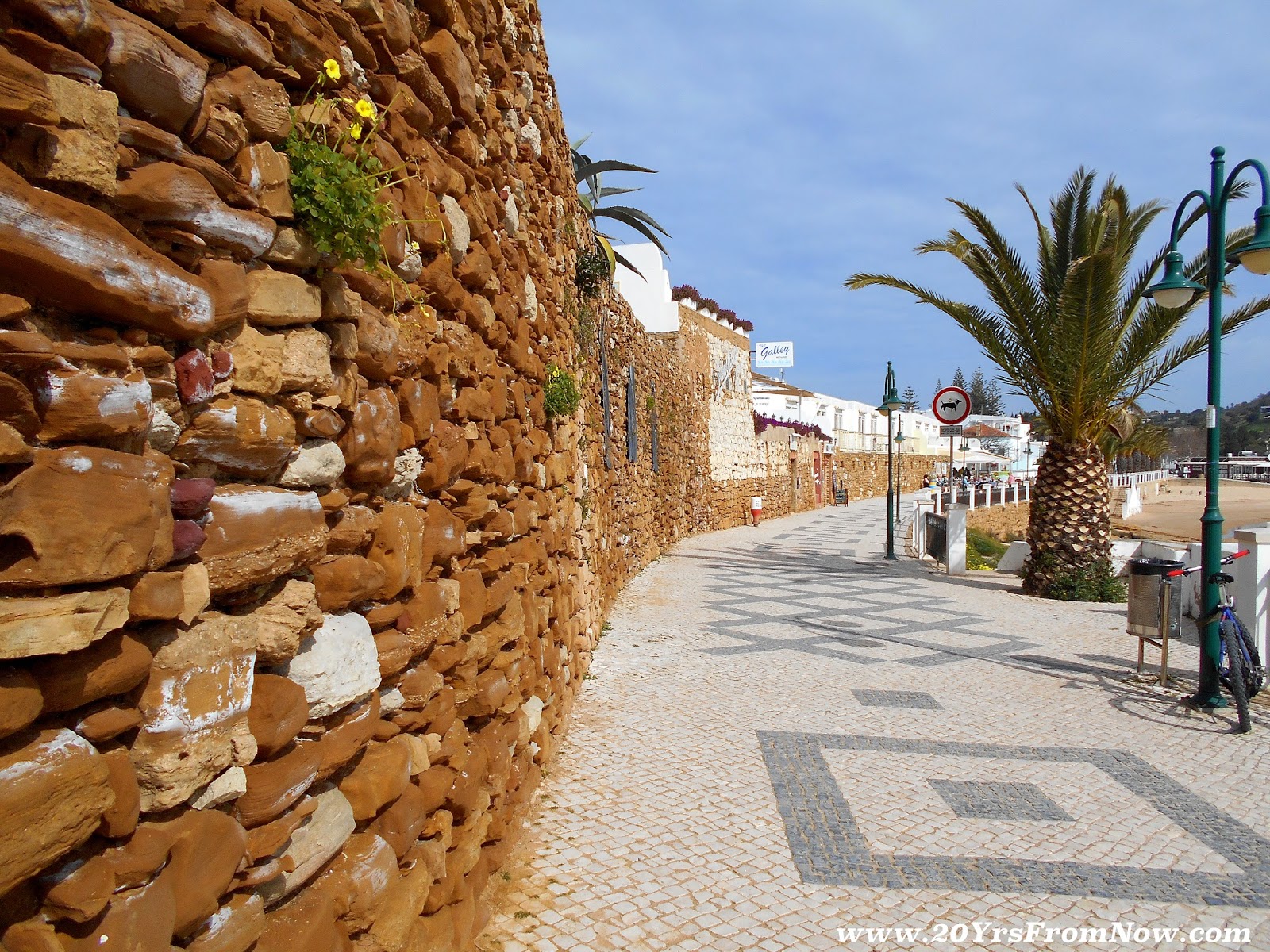 Although I'm pretty sure these decorative touches are a more recent addition! 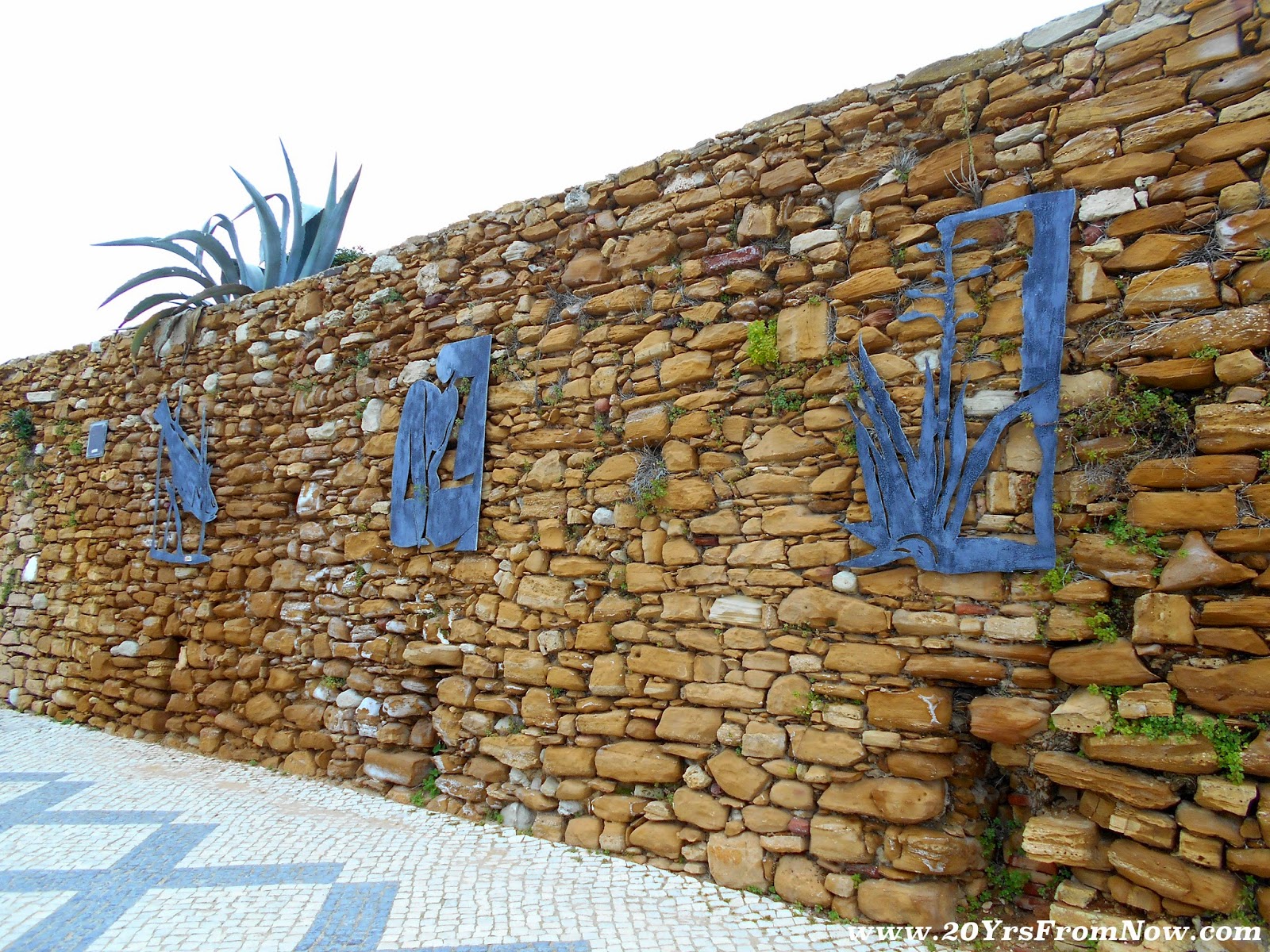 In the late 1990s excavations uncovered the foundations of part of their settlement. 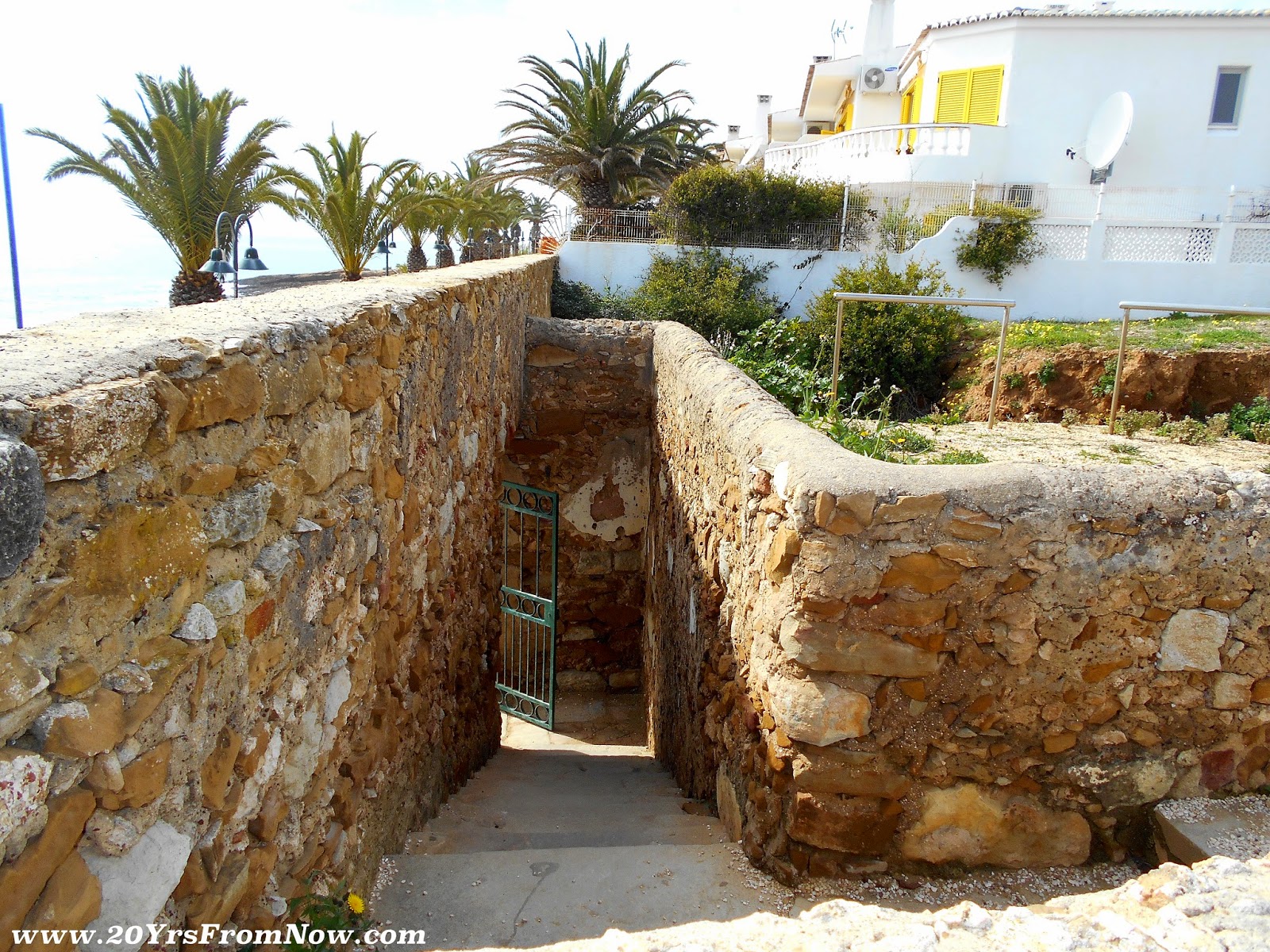 What a fantastic view from these apartments. Not only do they see the Atlantic Ocean, they're up close and personal with a Roman ruin. 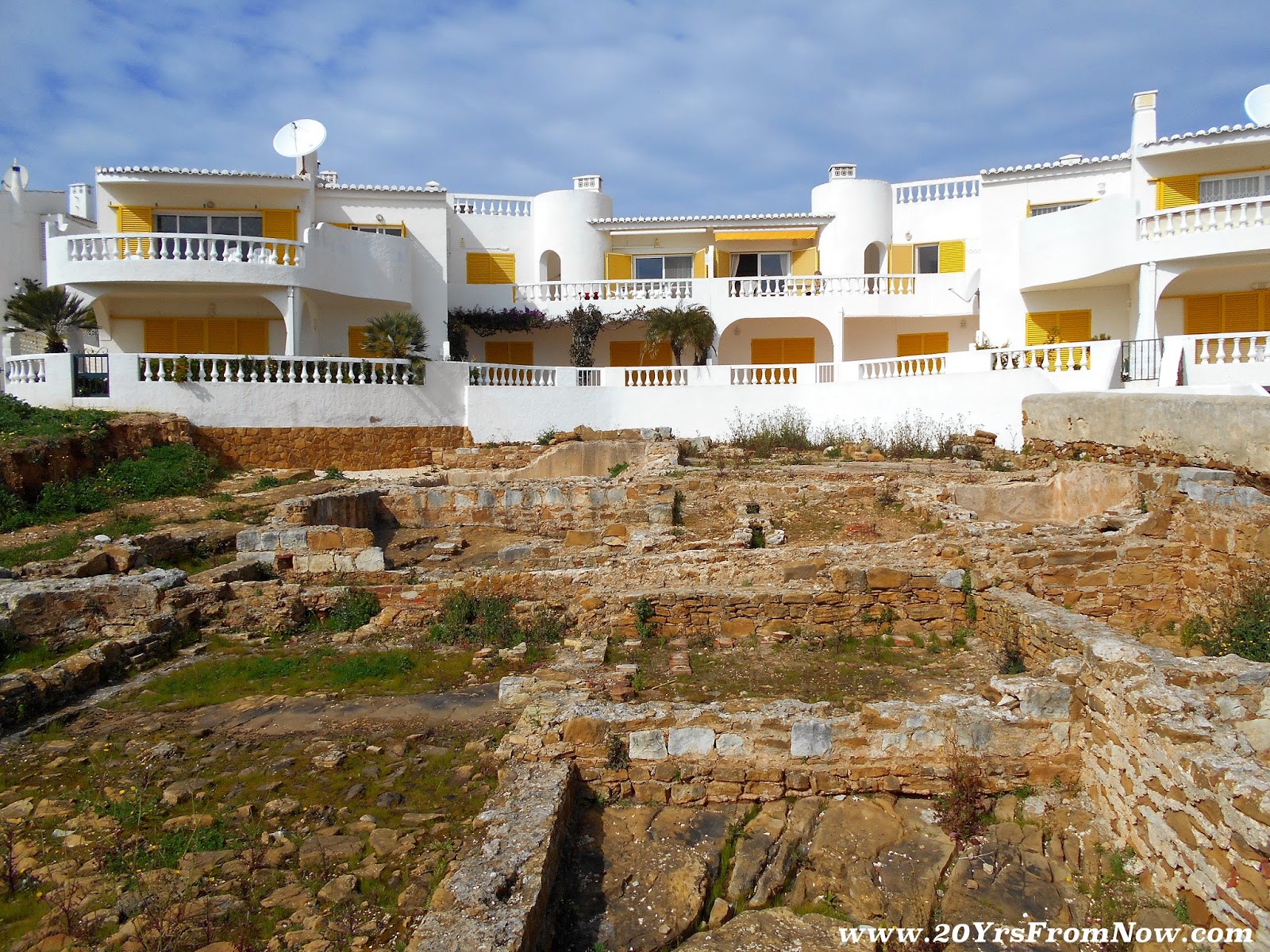 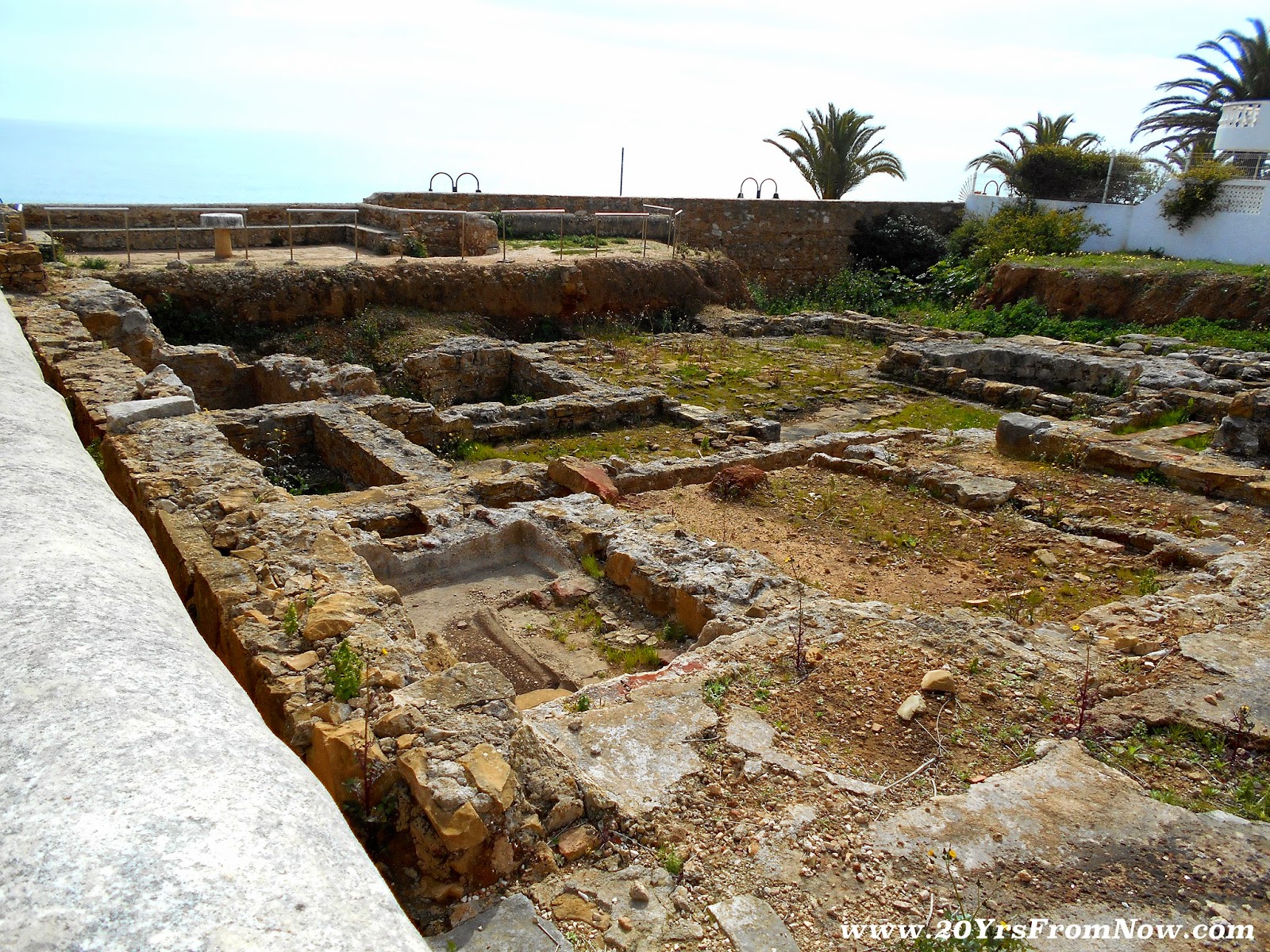 The promenade has some lovely bars and restaurants. 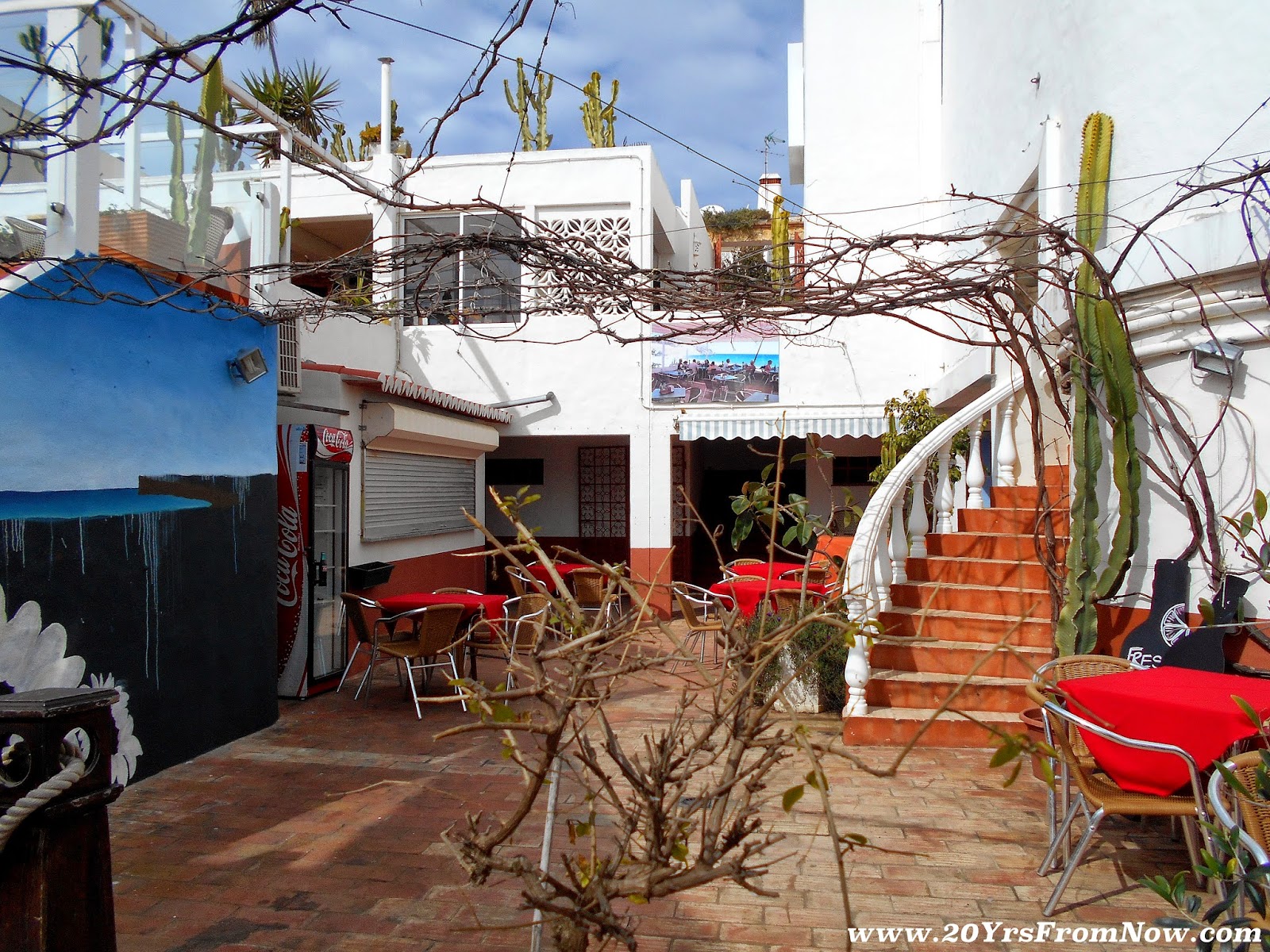 Along the way I noticed a few tile designs I haven't seen elsewhere. 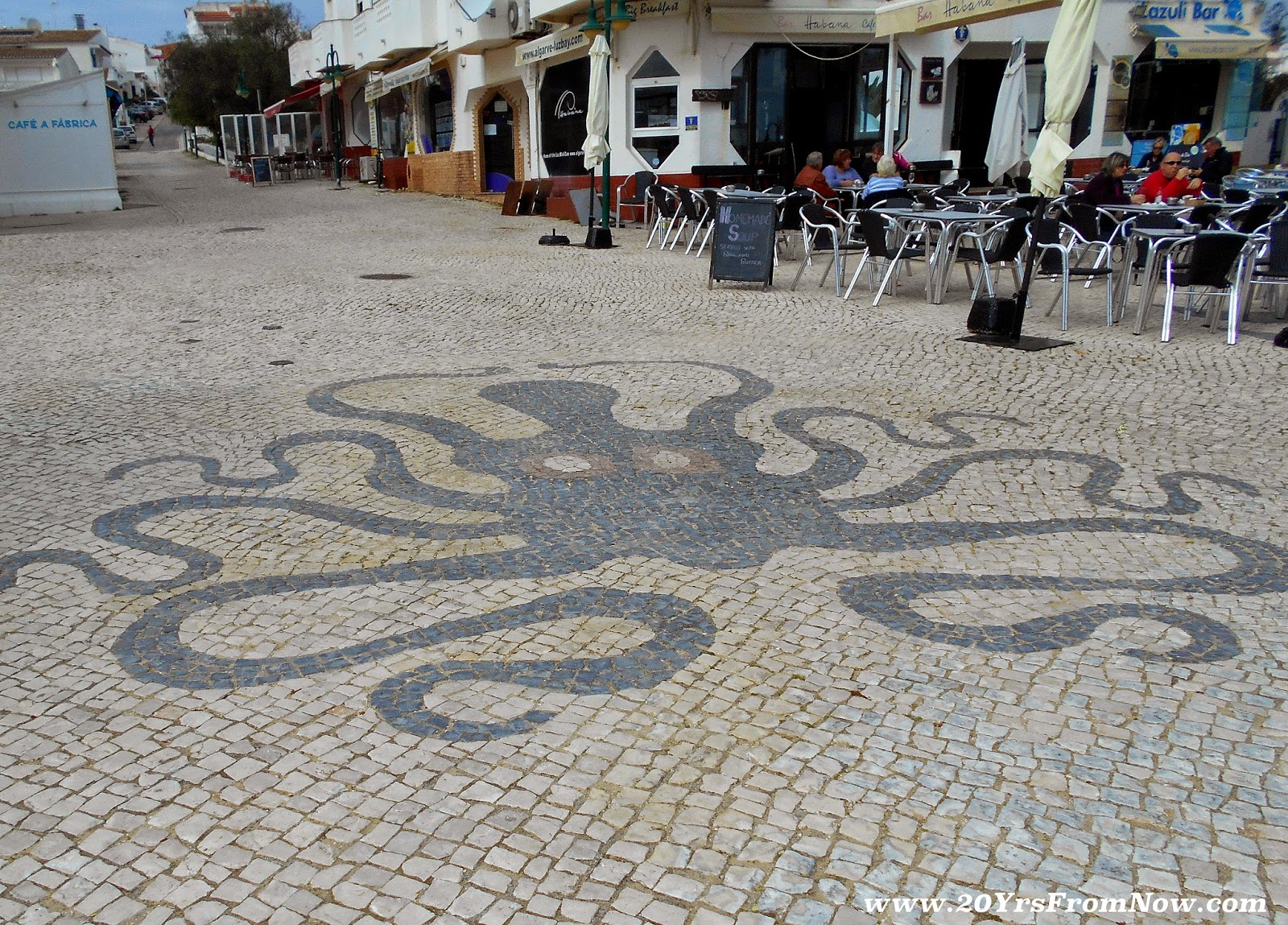 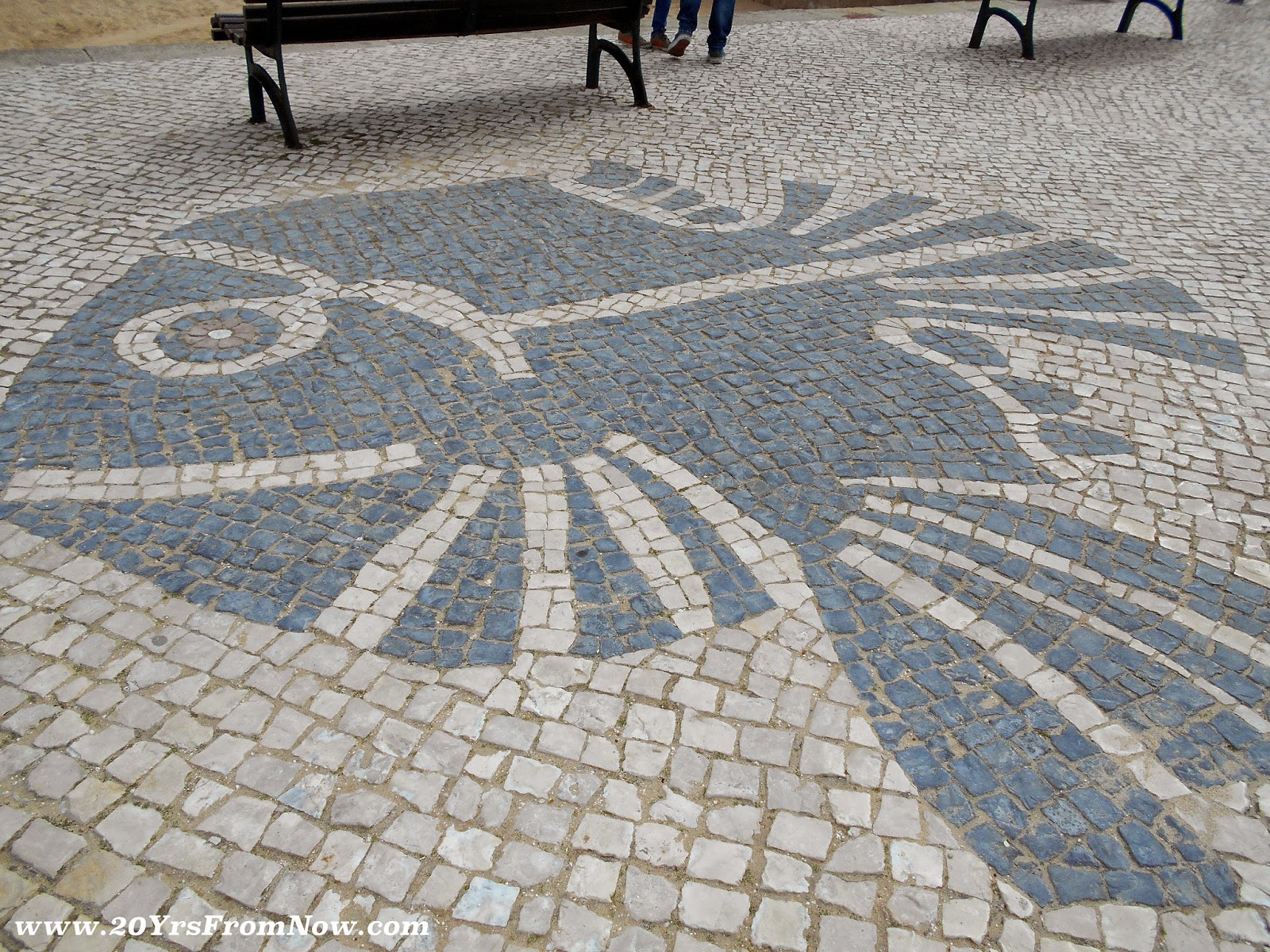 What's a day at the beach without some sand sculptures? 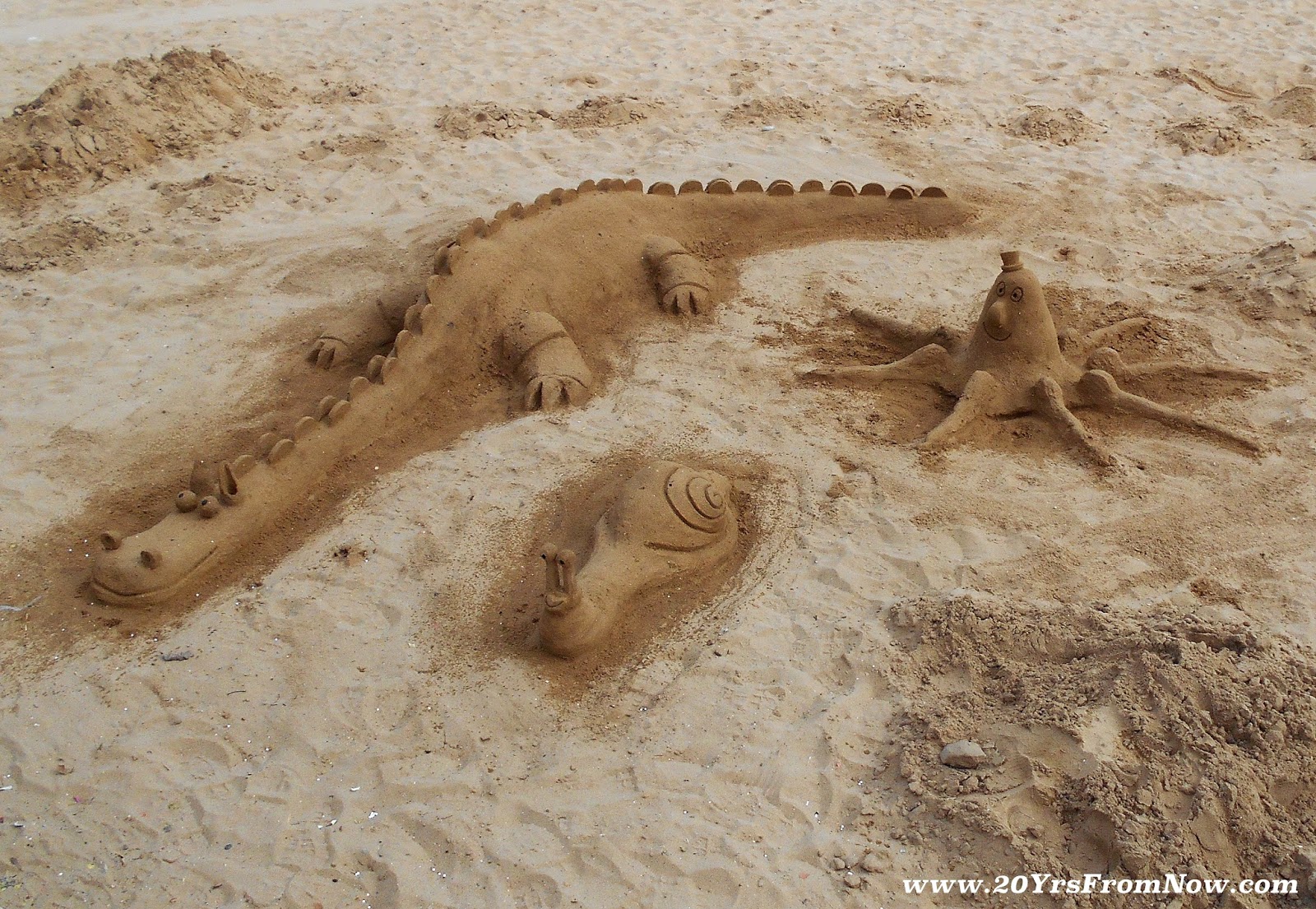 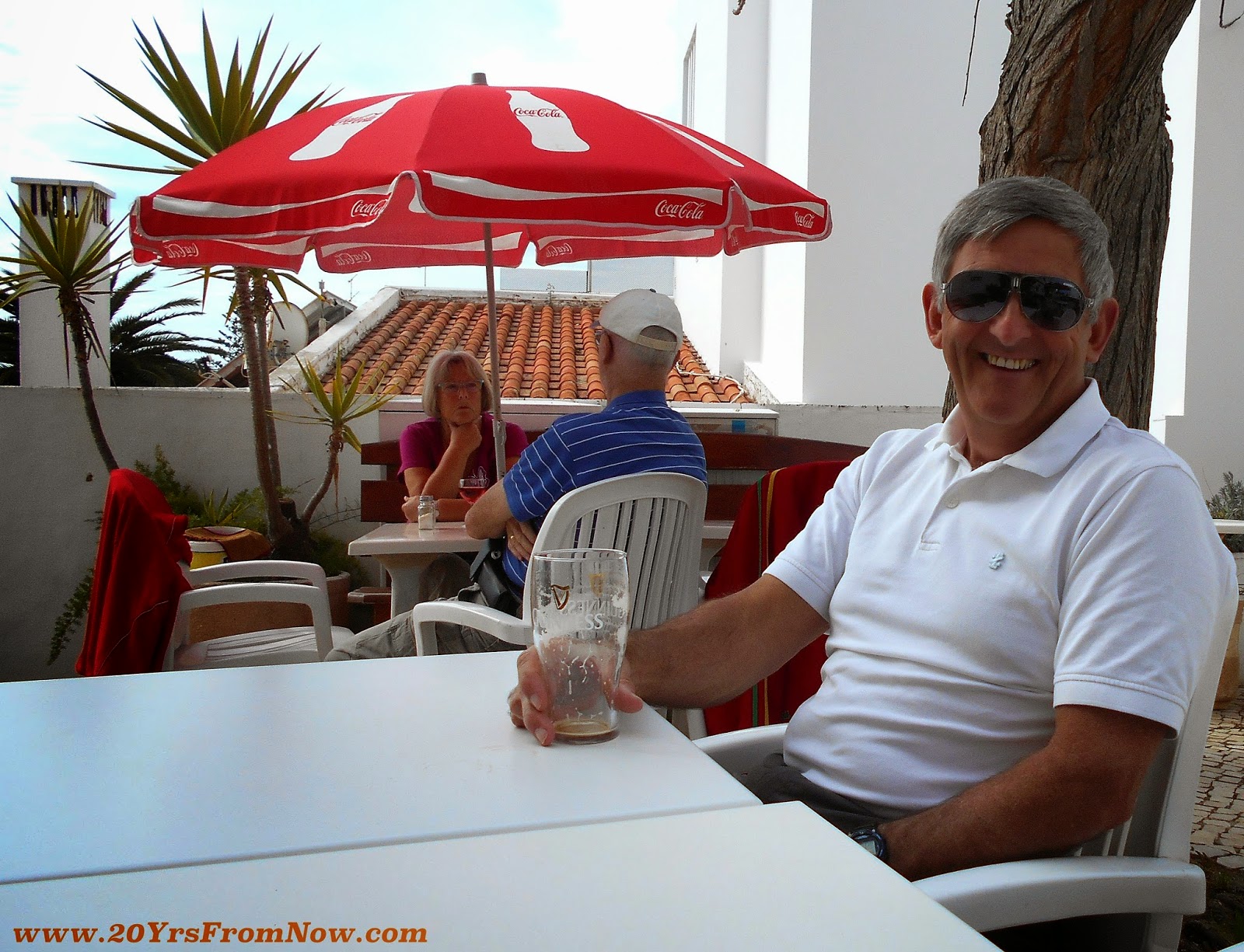