A week ago we left Albufeira and caught the bus to Lagos a town of 31,000 people located further west along the Algarve. 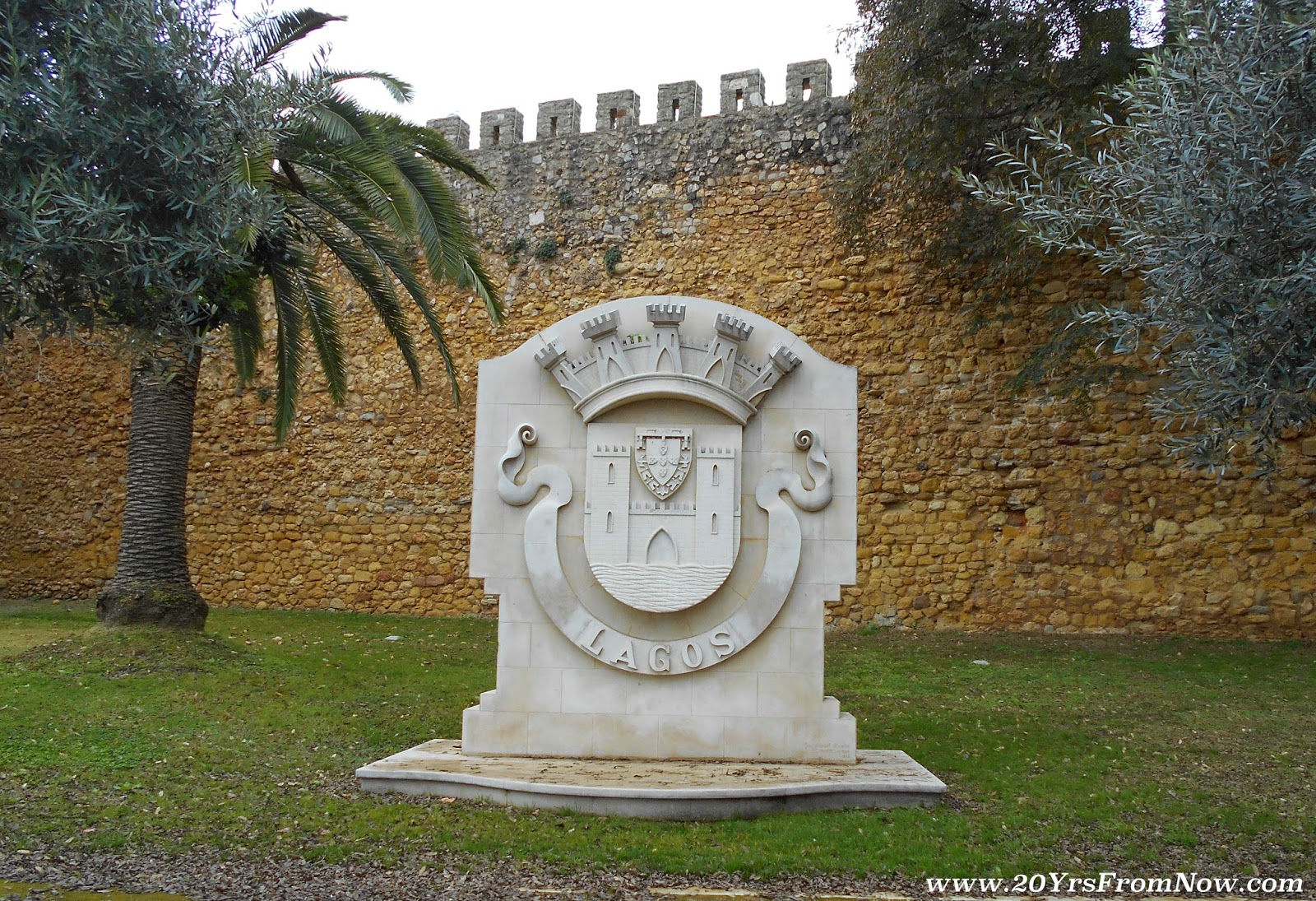 Lagos has been inhabited since 2000 BC and from here in the 15th century Prince Henry the Navigator launched his voyages of discovery to Africa that made Lagos a wealthy community. 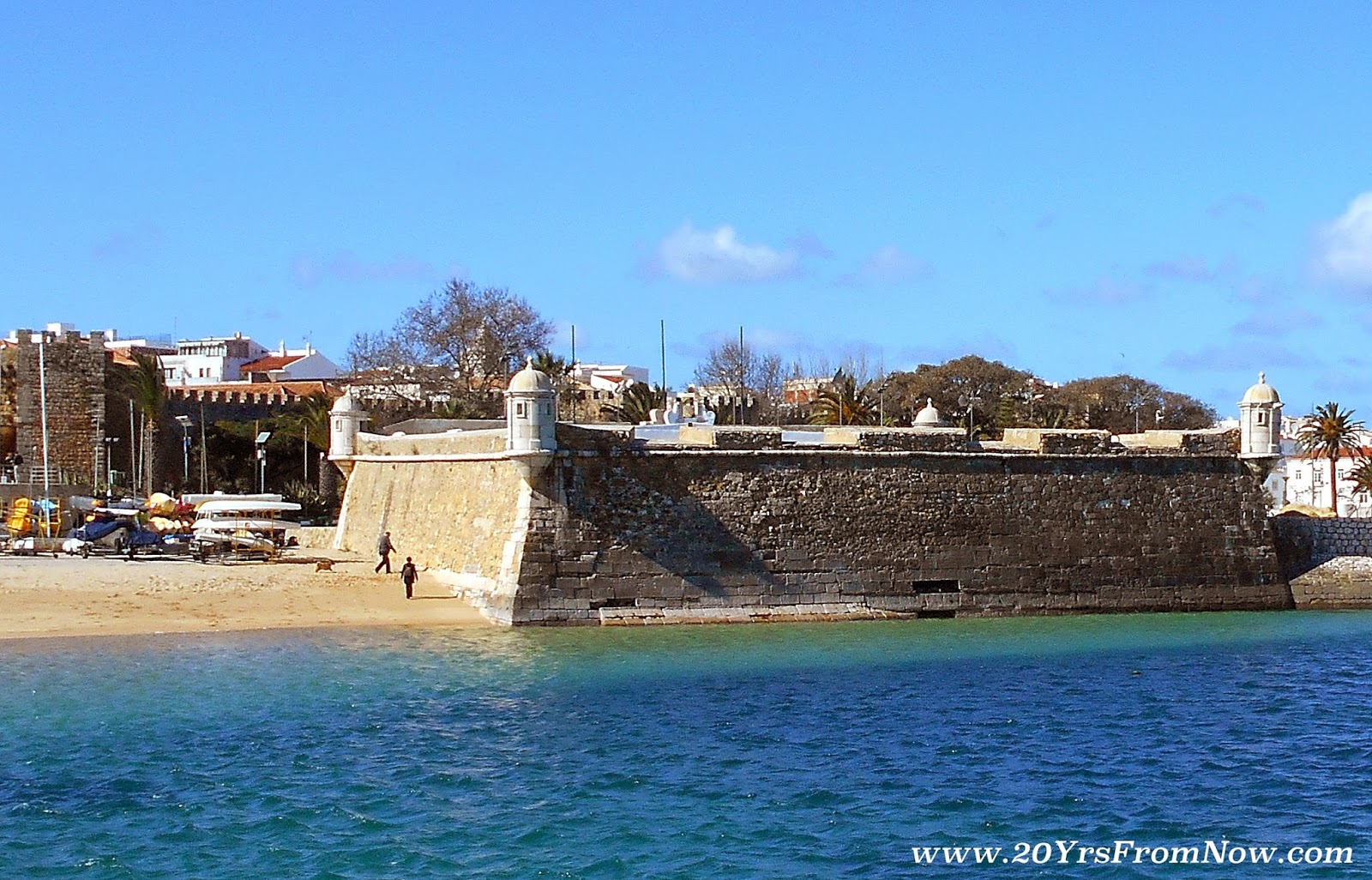 Being on the Atlantic Ocean the fort includes a moat and drawbridge. 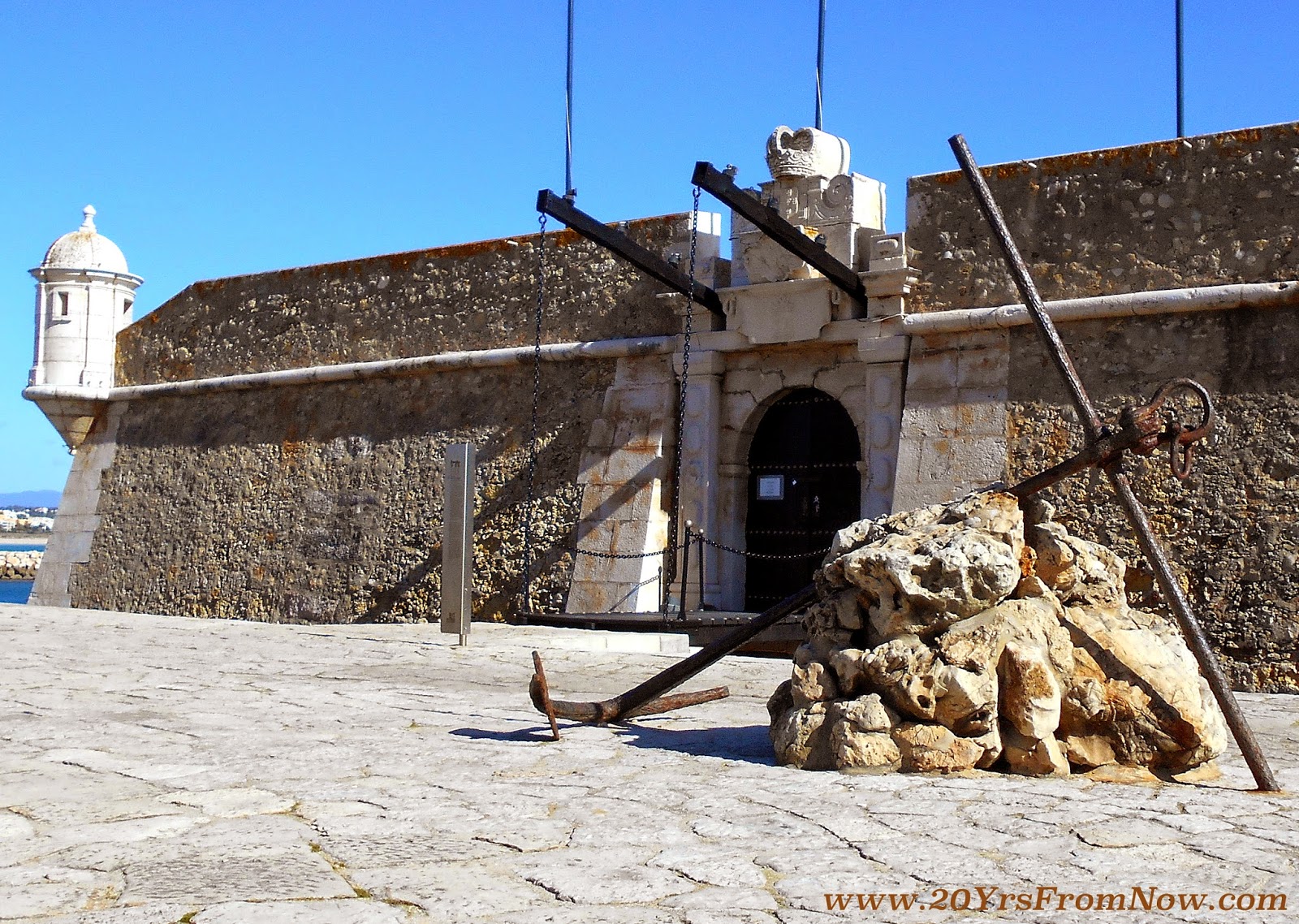 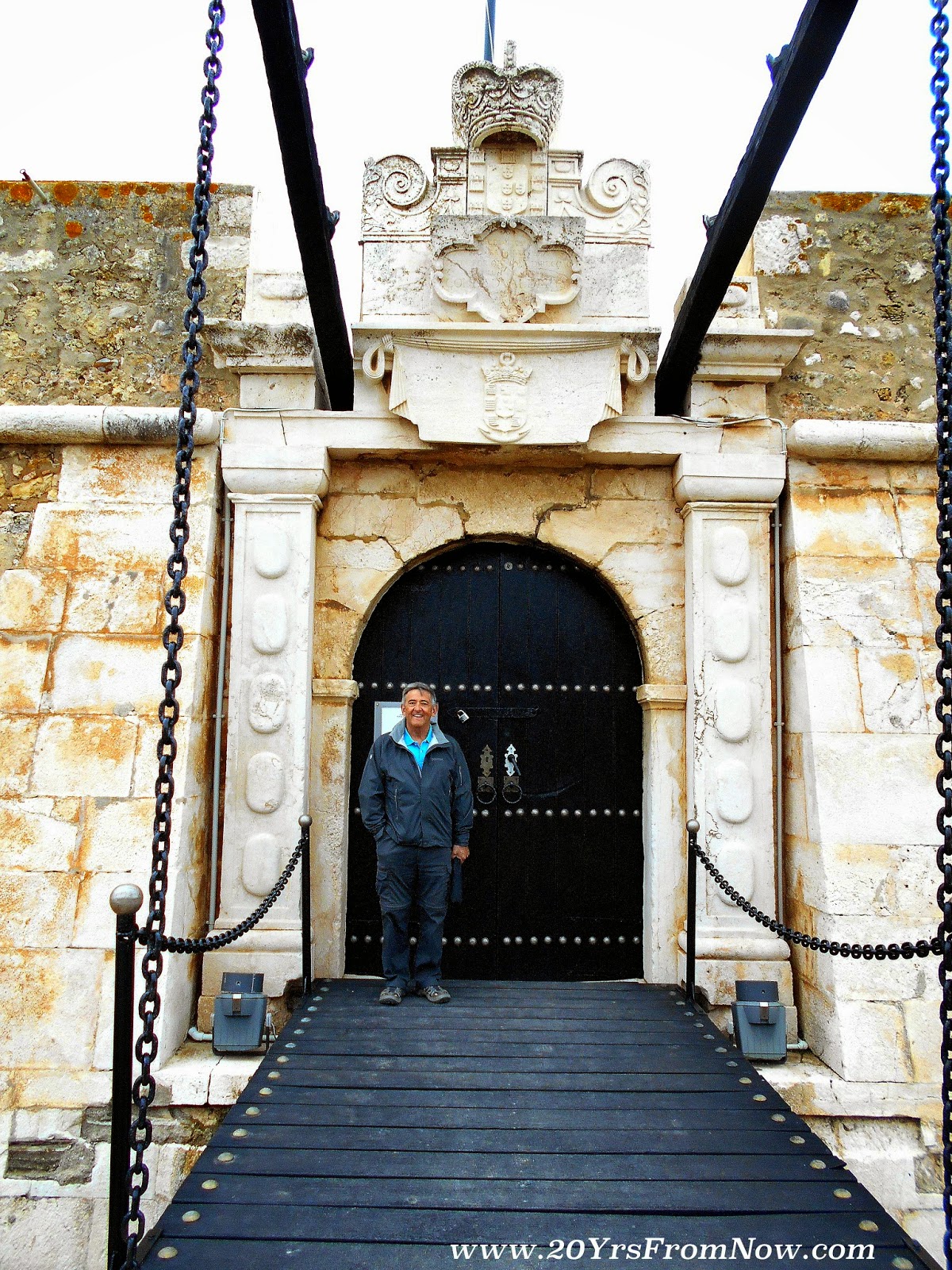 On the top of the building are whimsical wind mobiles. 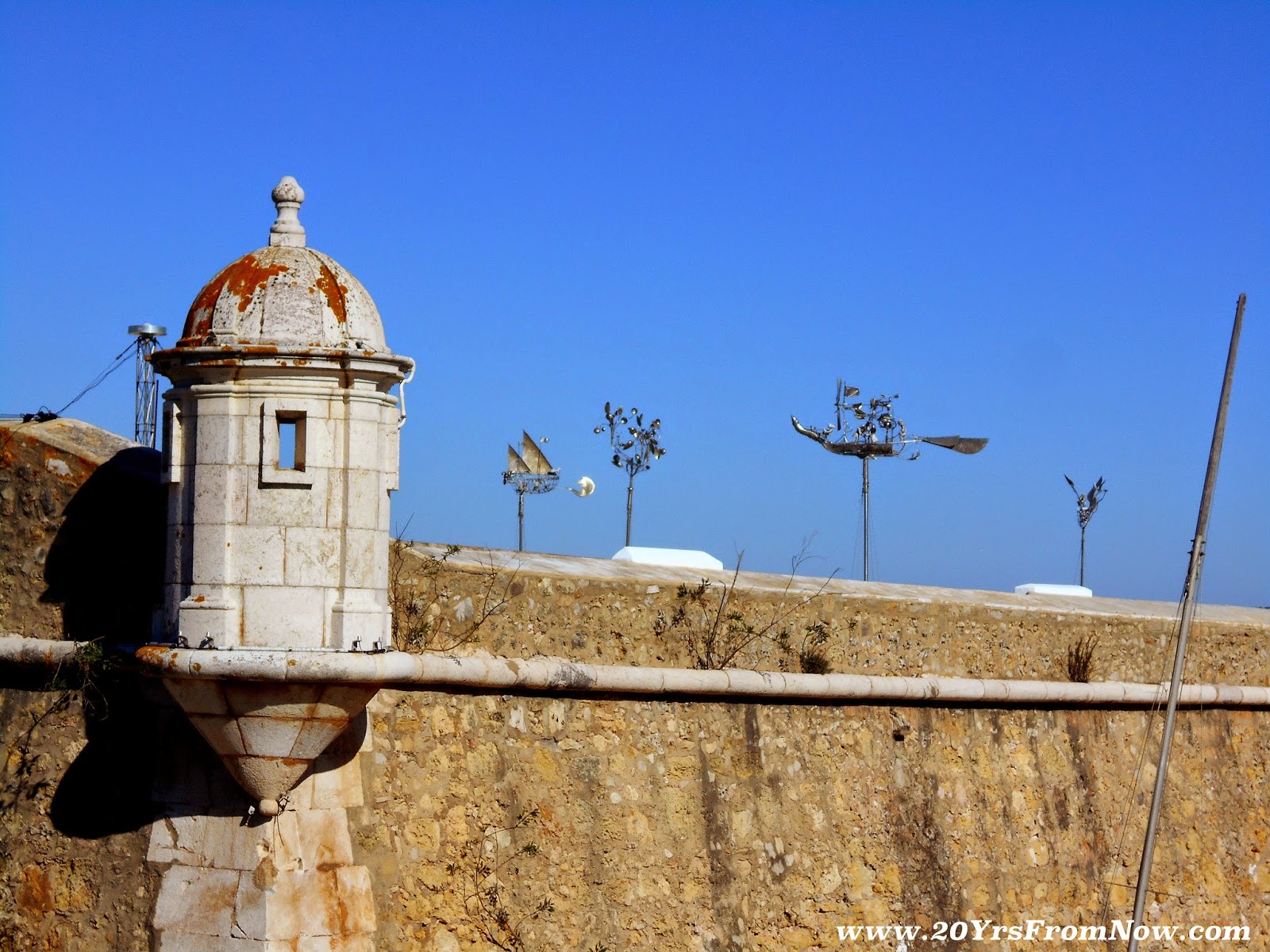 In the 16th century a wall was built around the city. The western fringes of it are a five minute walk from our apartment. (To view photos of our apartment we rented via Homeaway.com click HERE.) 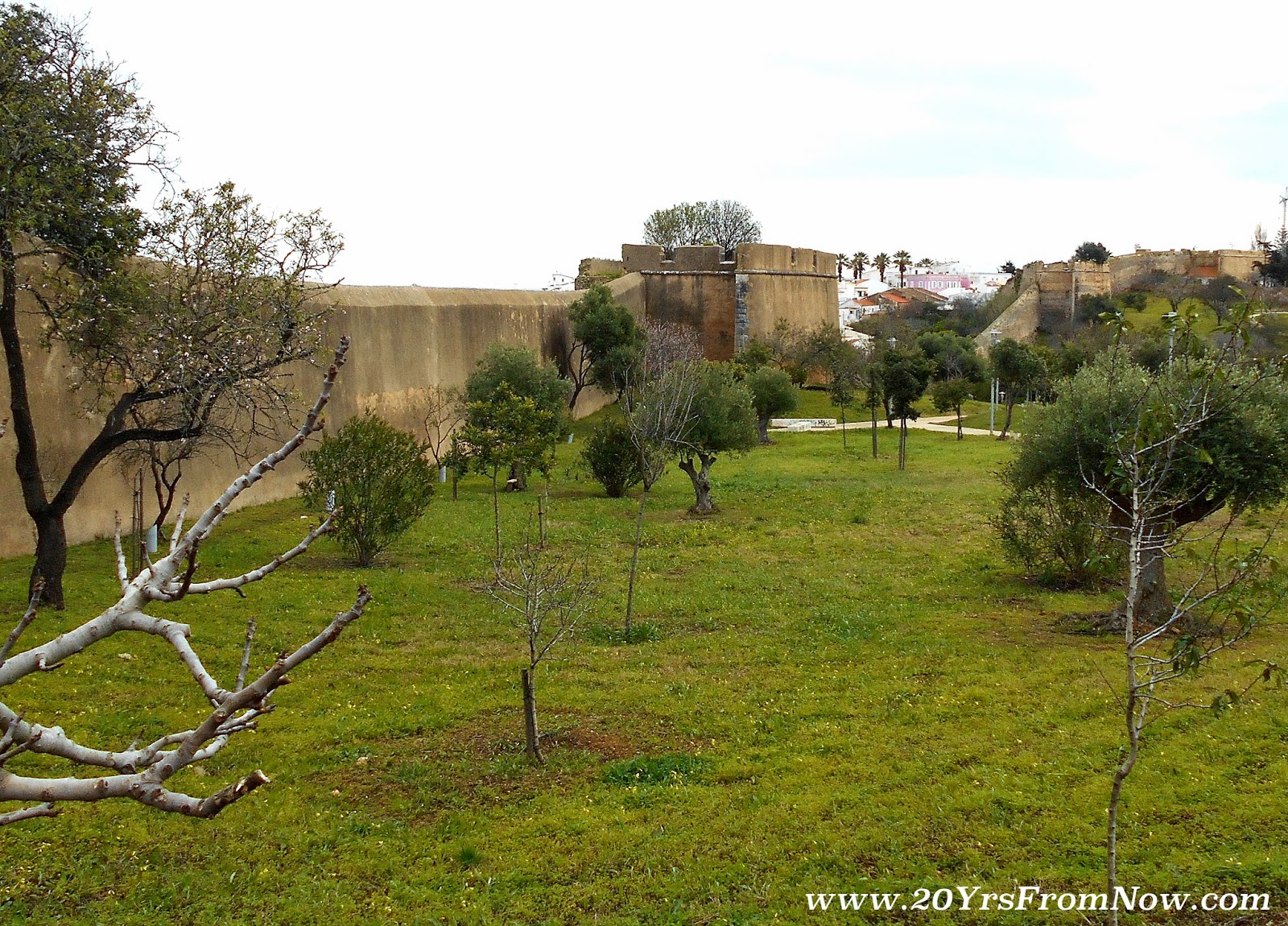 An added bonus this month is the almond trees are in blossom. (The leaves apparently come later.) 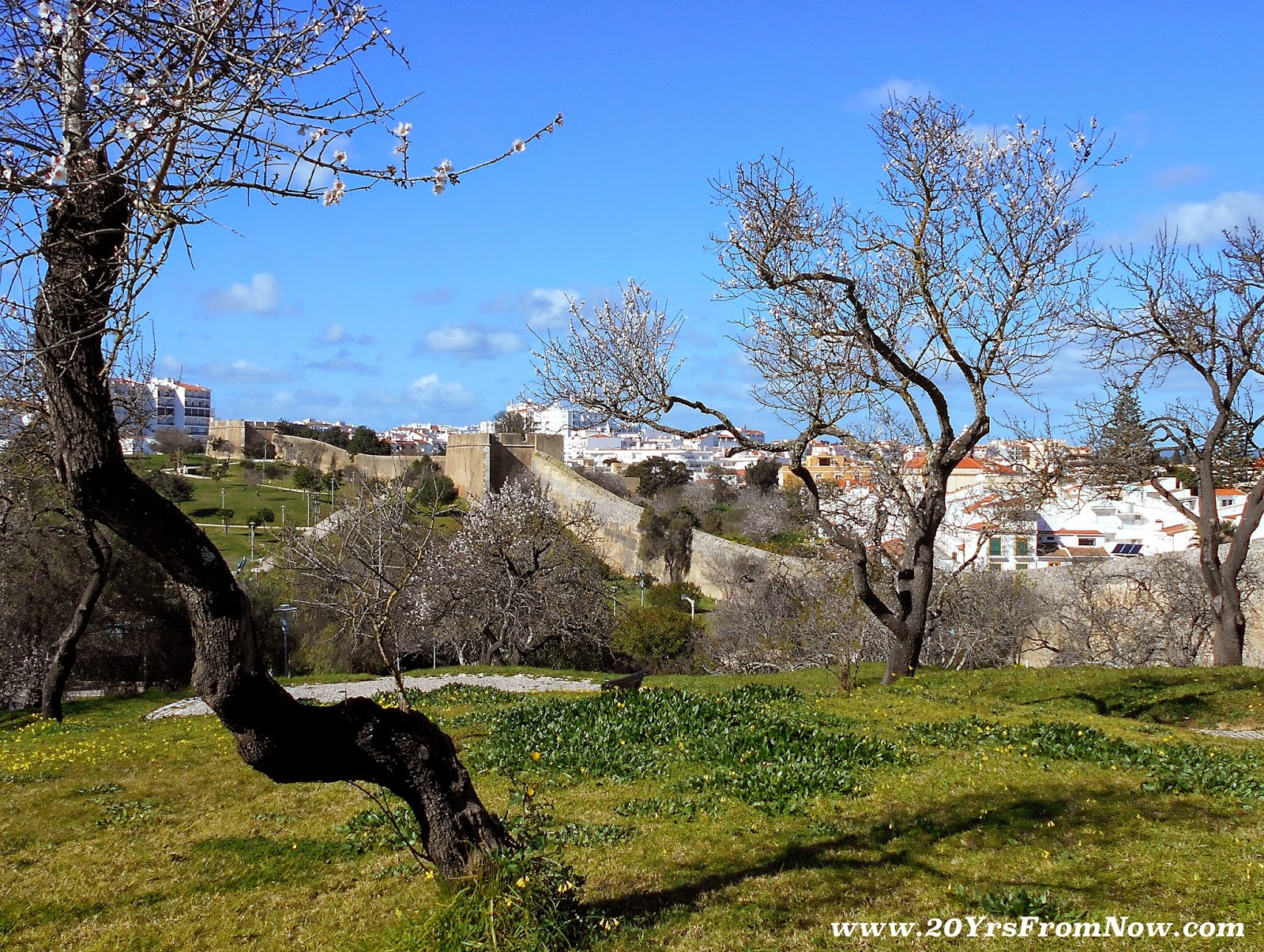 On one side of this park is an exercise, play and skateboarding area. There's no need to pay for an expensive gym membership or be confined indoors with spectacular views like these in every direction. 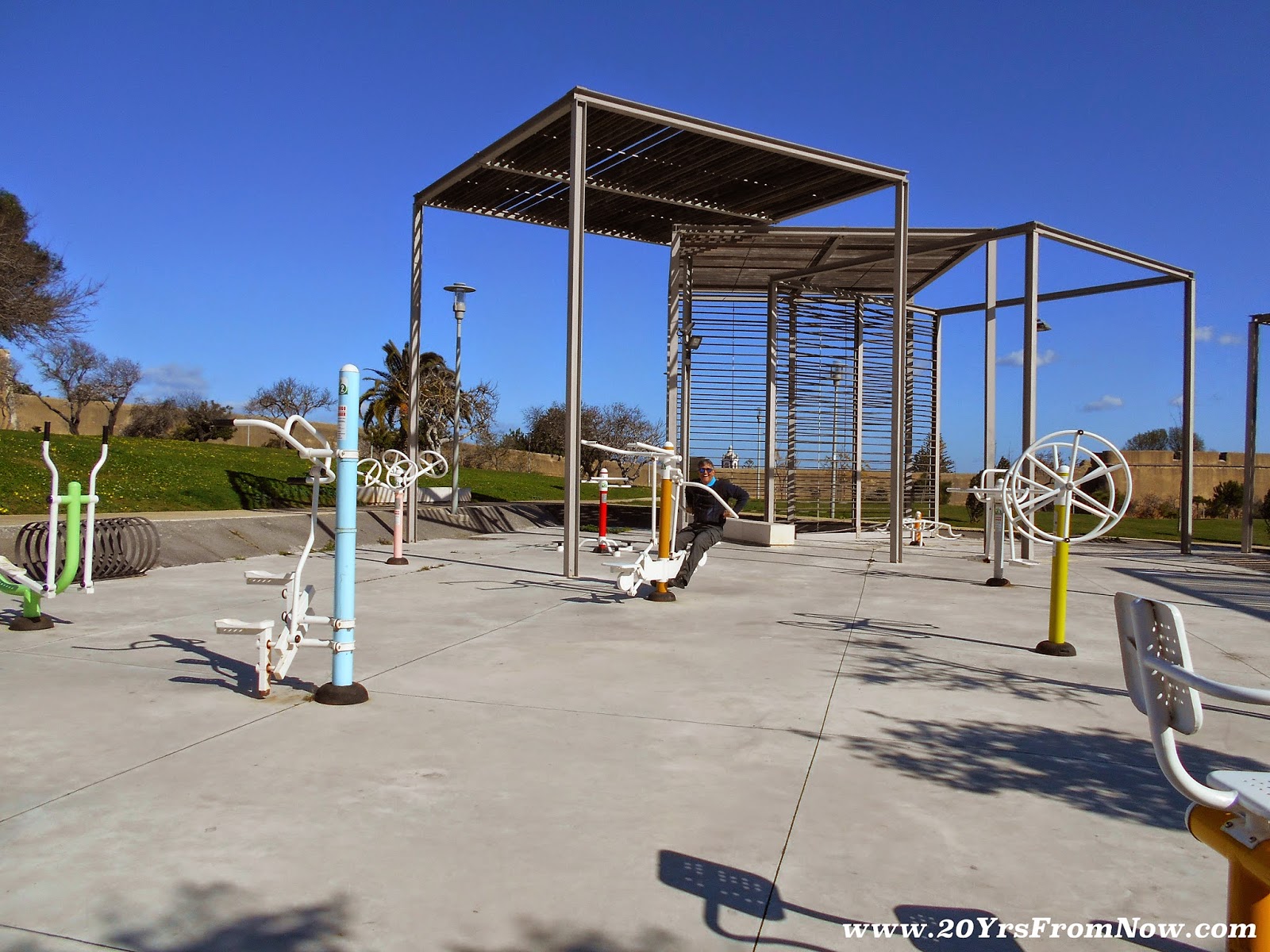 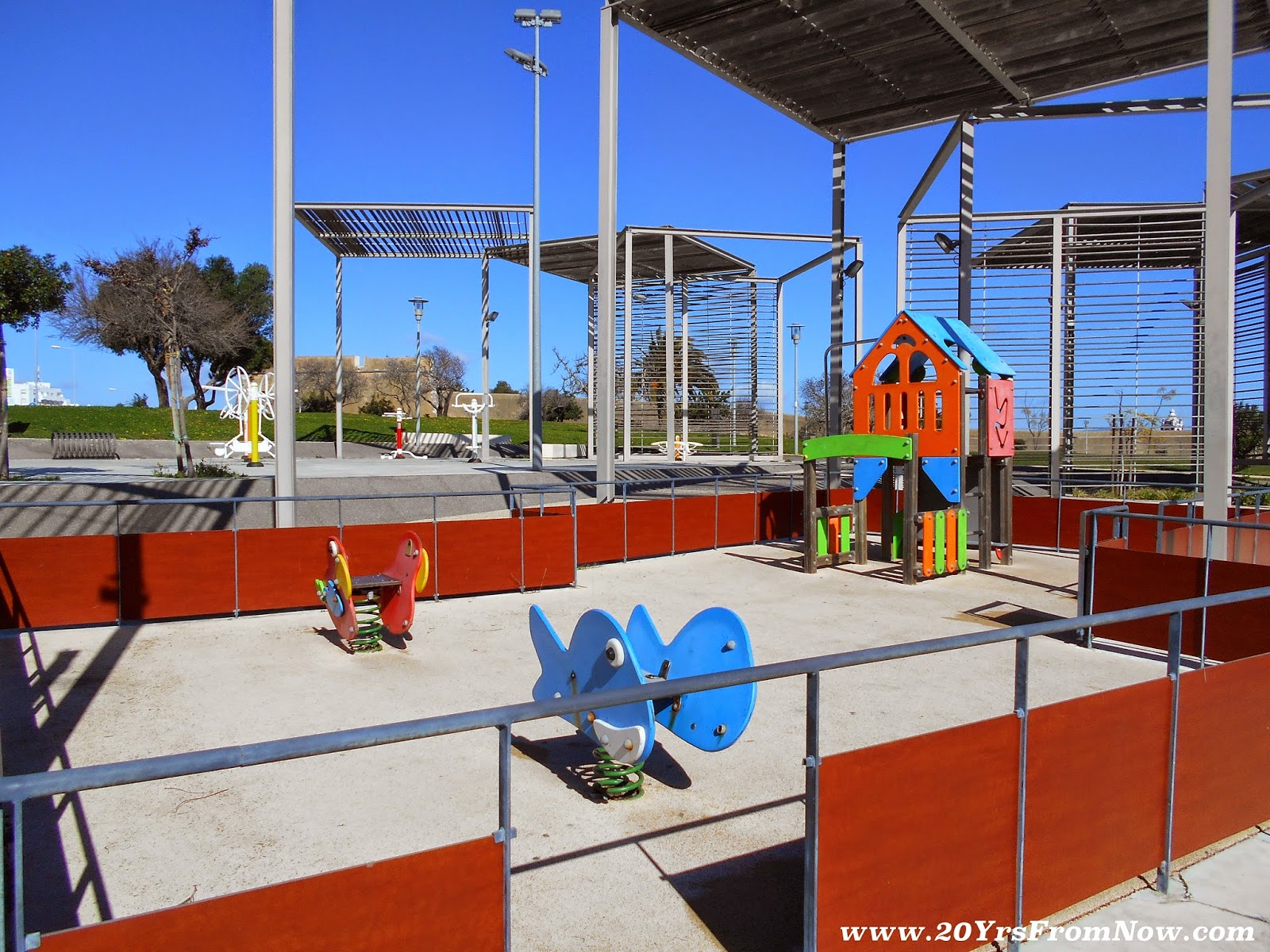 There is also a mini-golf. 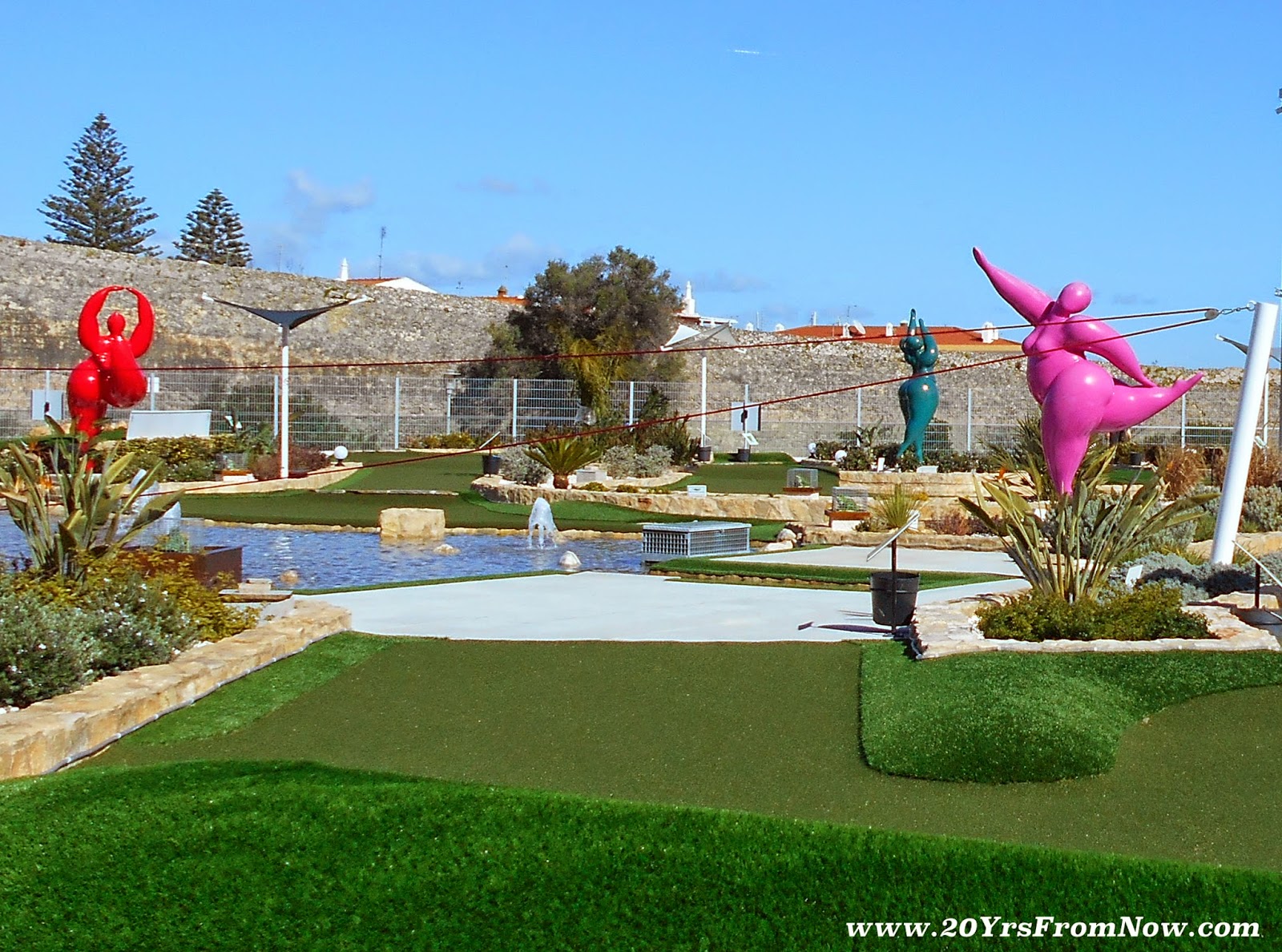 Opposite the port the wall stretches along the ocean. 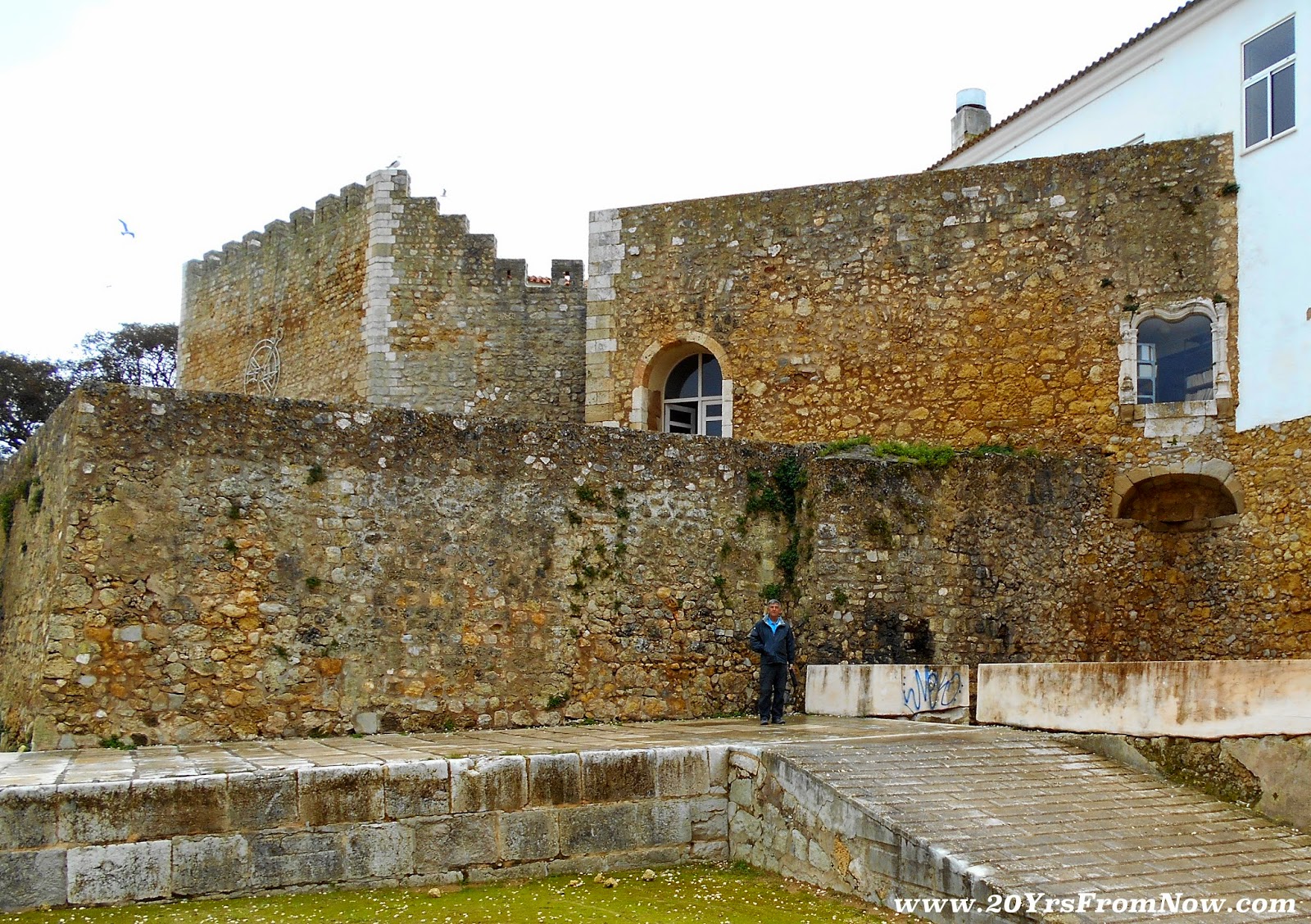 The right part of the wall adjoins the Governor's Castle. 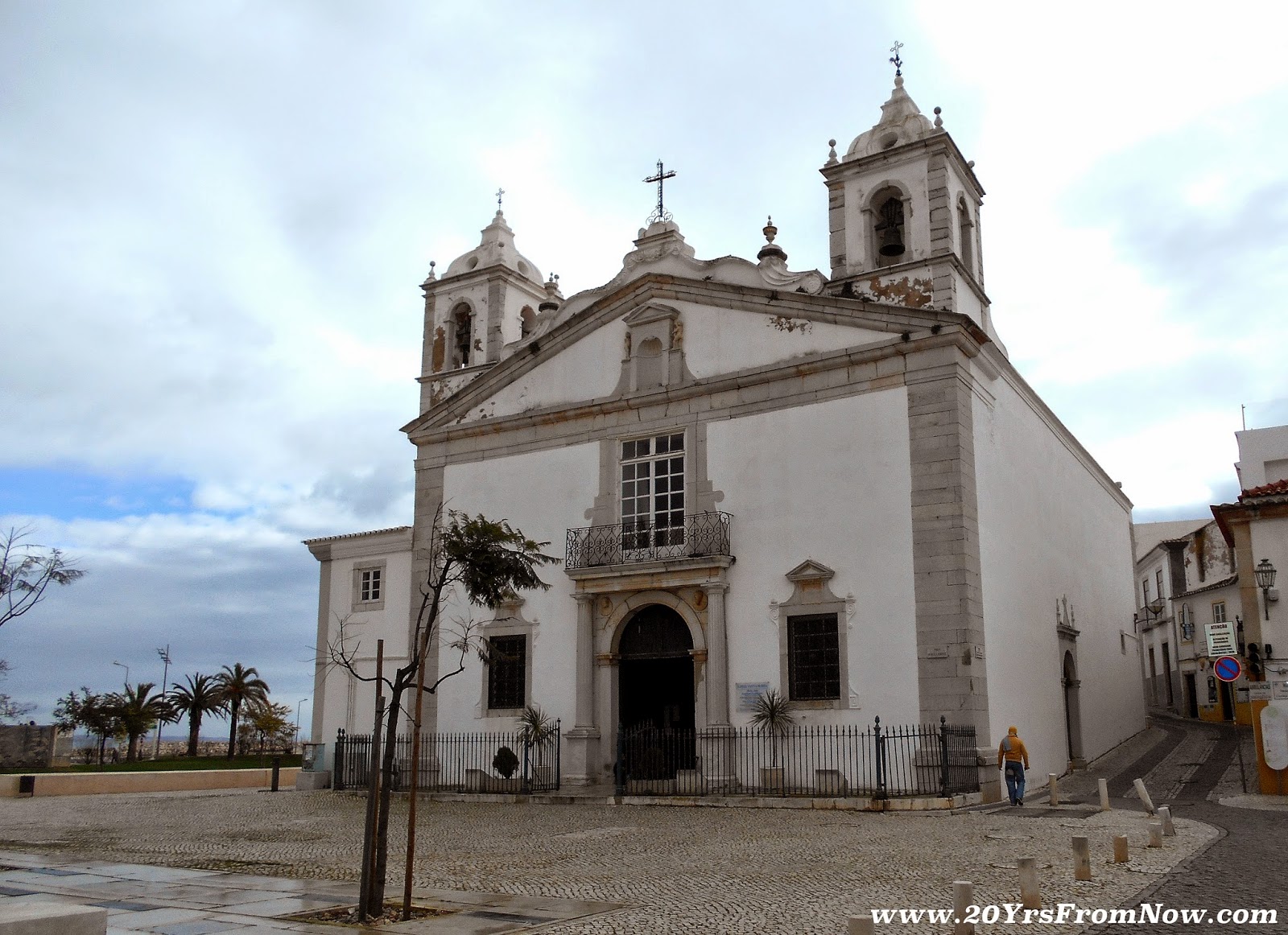 Turning right again is the old part of town. 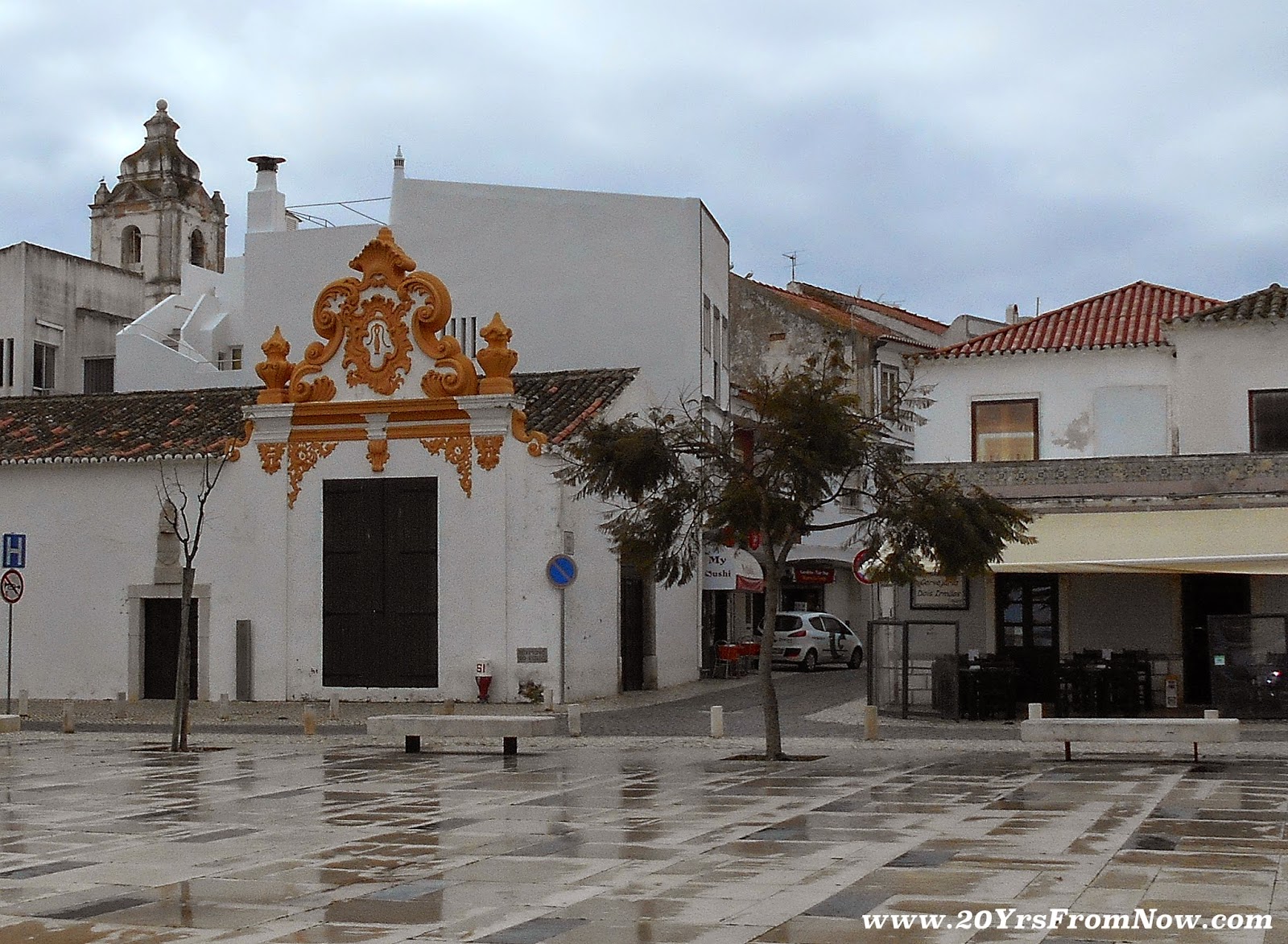 There are also a number of breaks in the wall that allow access into town. Some are arches... 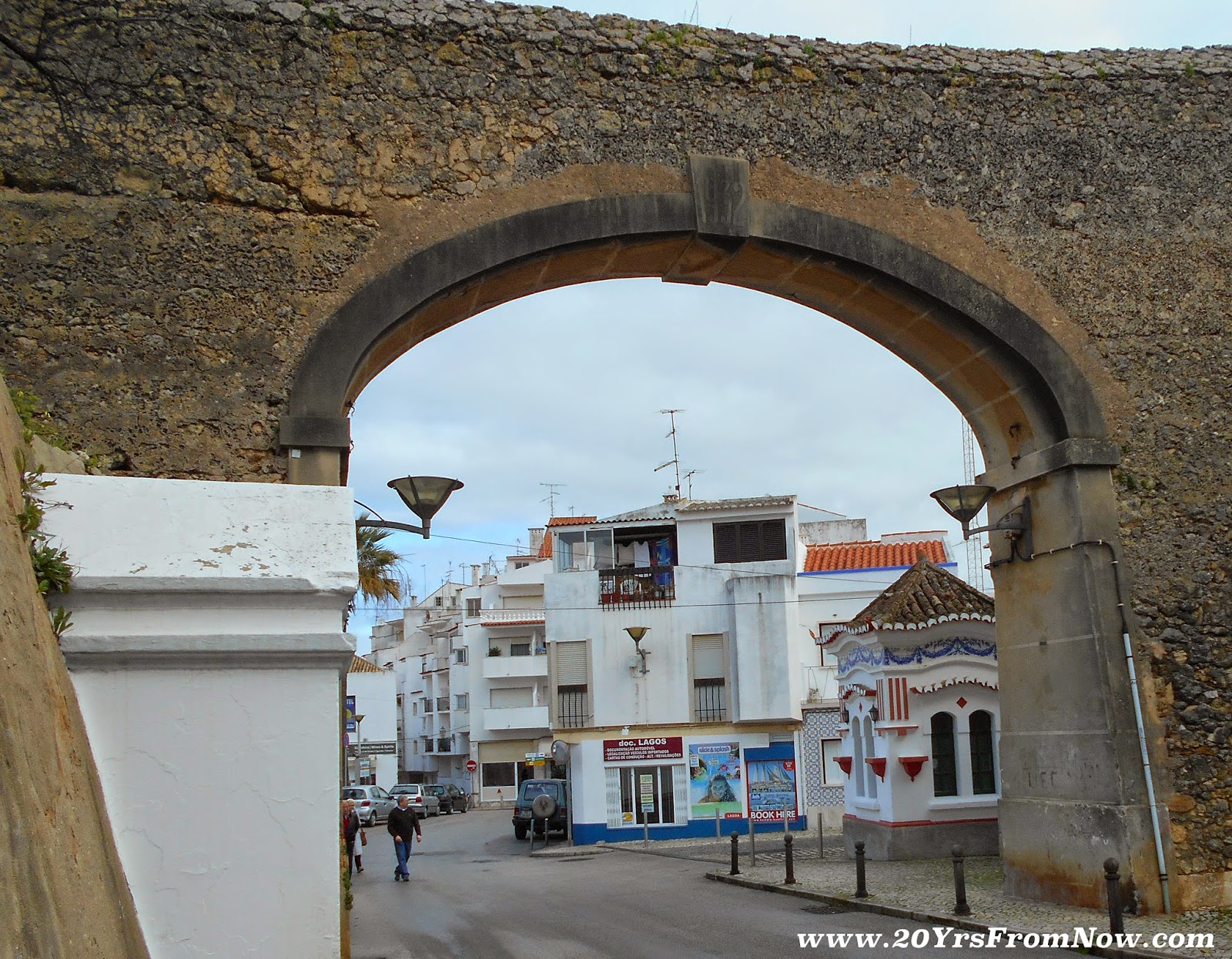 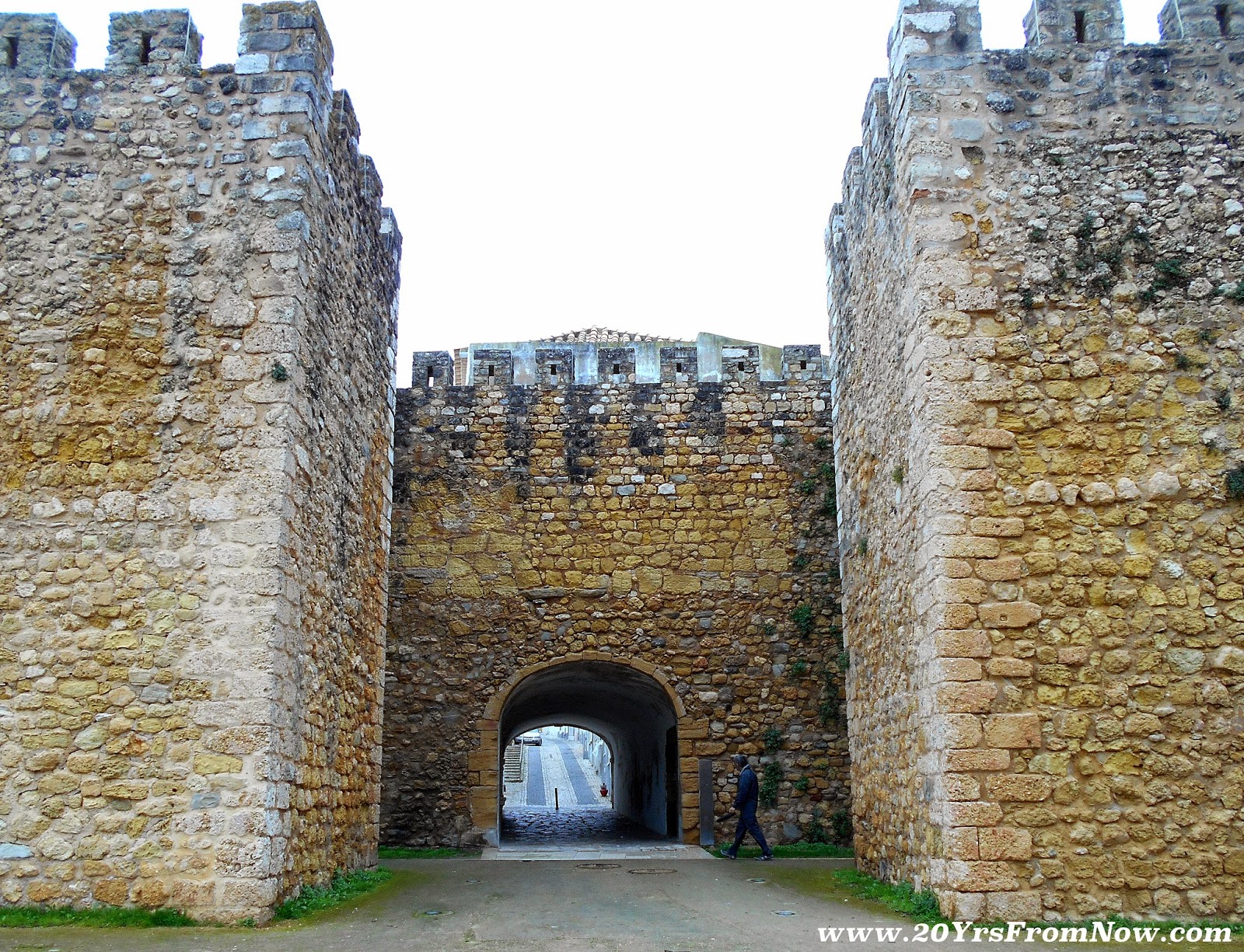 This one includes what I think is a place for sailors to pray before setting out on the ocean. 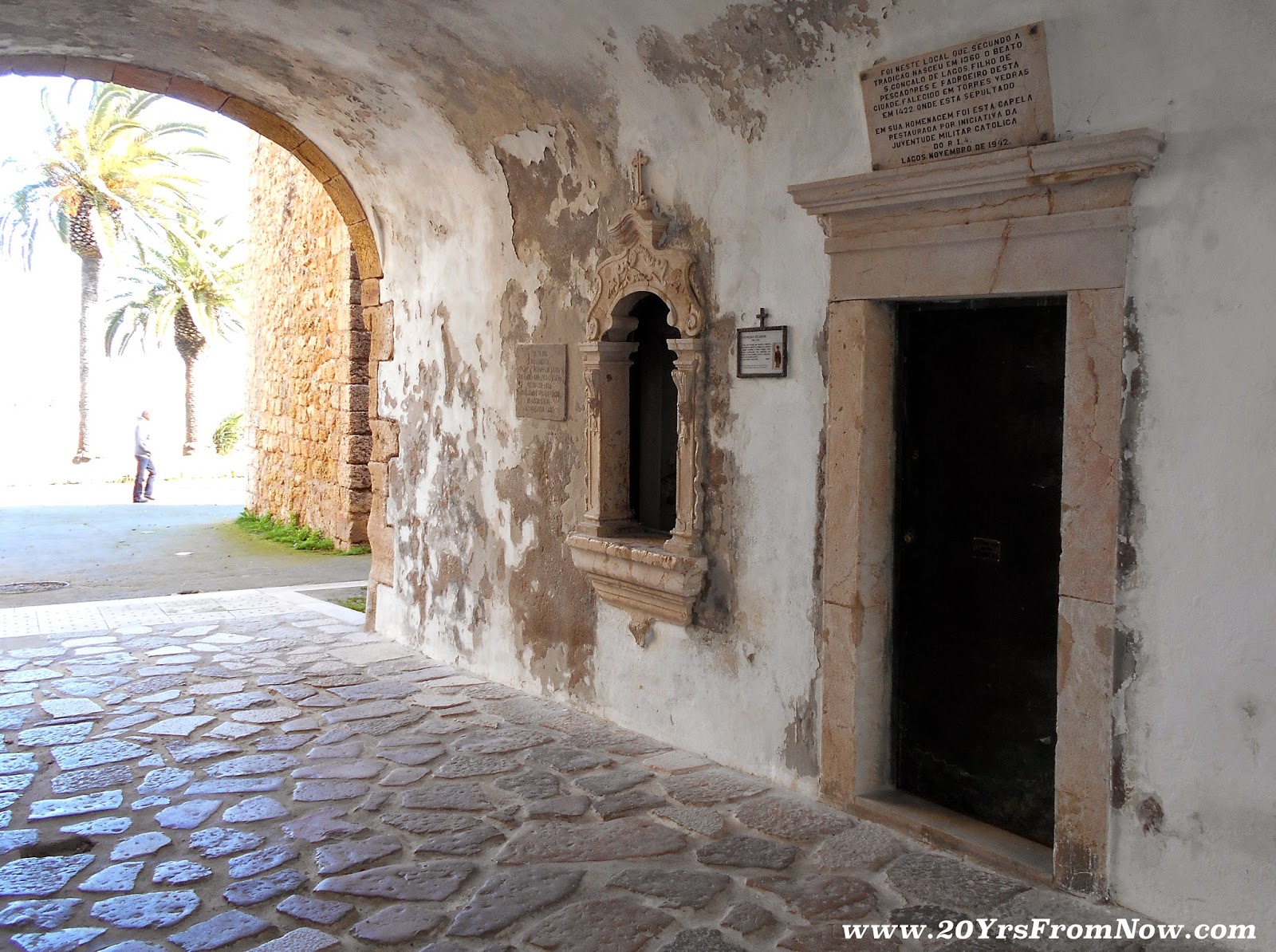 Just around the corner of the wall we discovered this amazing tree with massive pink flowers. 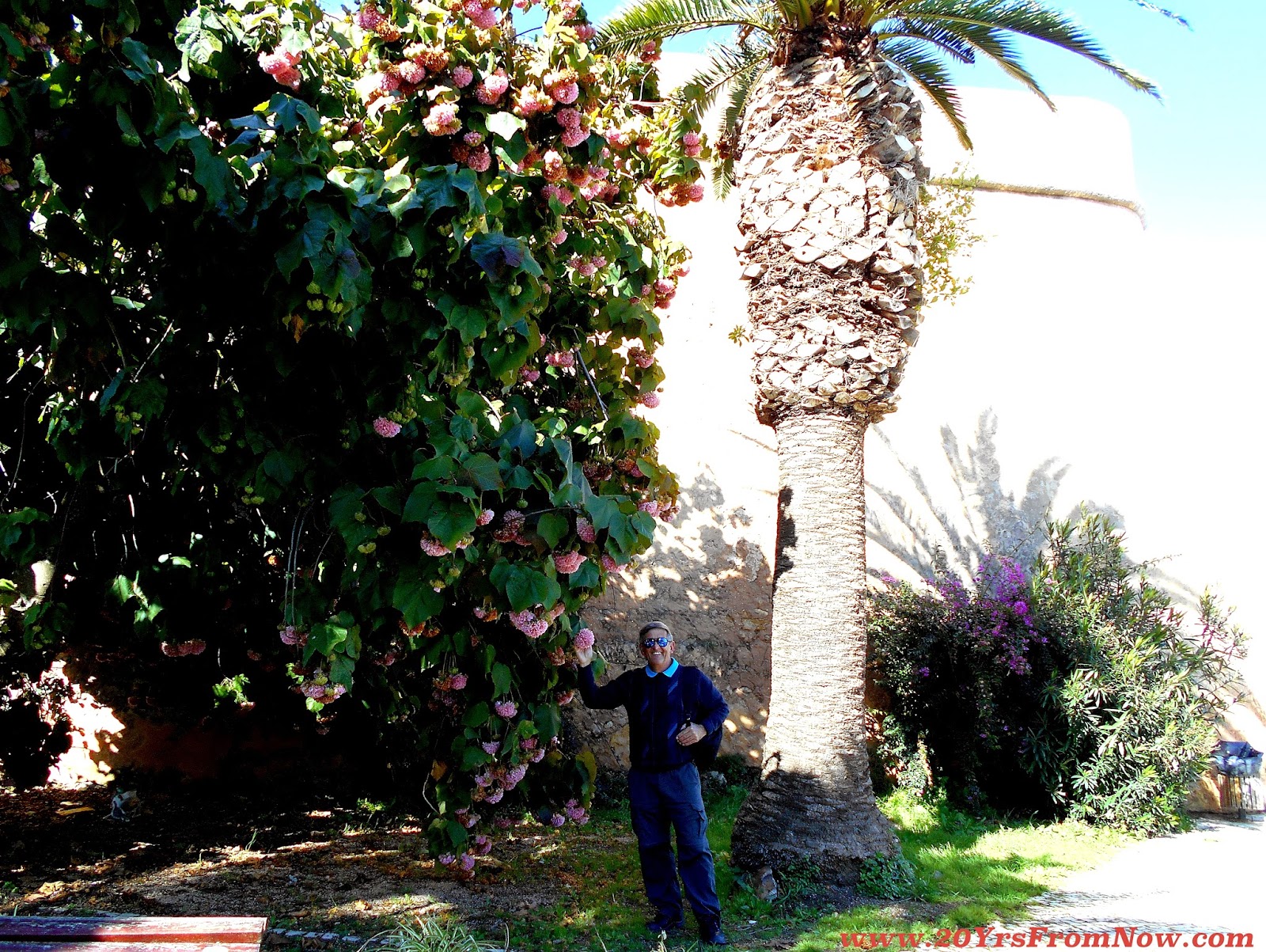 The town itself is a visual delight of architecture and design. From this point at least six narrow pedestrian alleyways zigzag off to other destinations - each as impressive as the last. 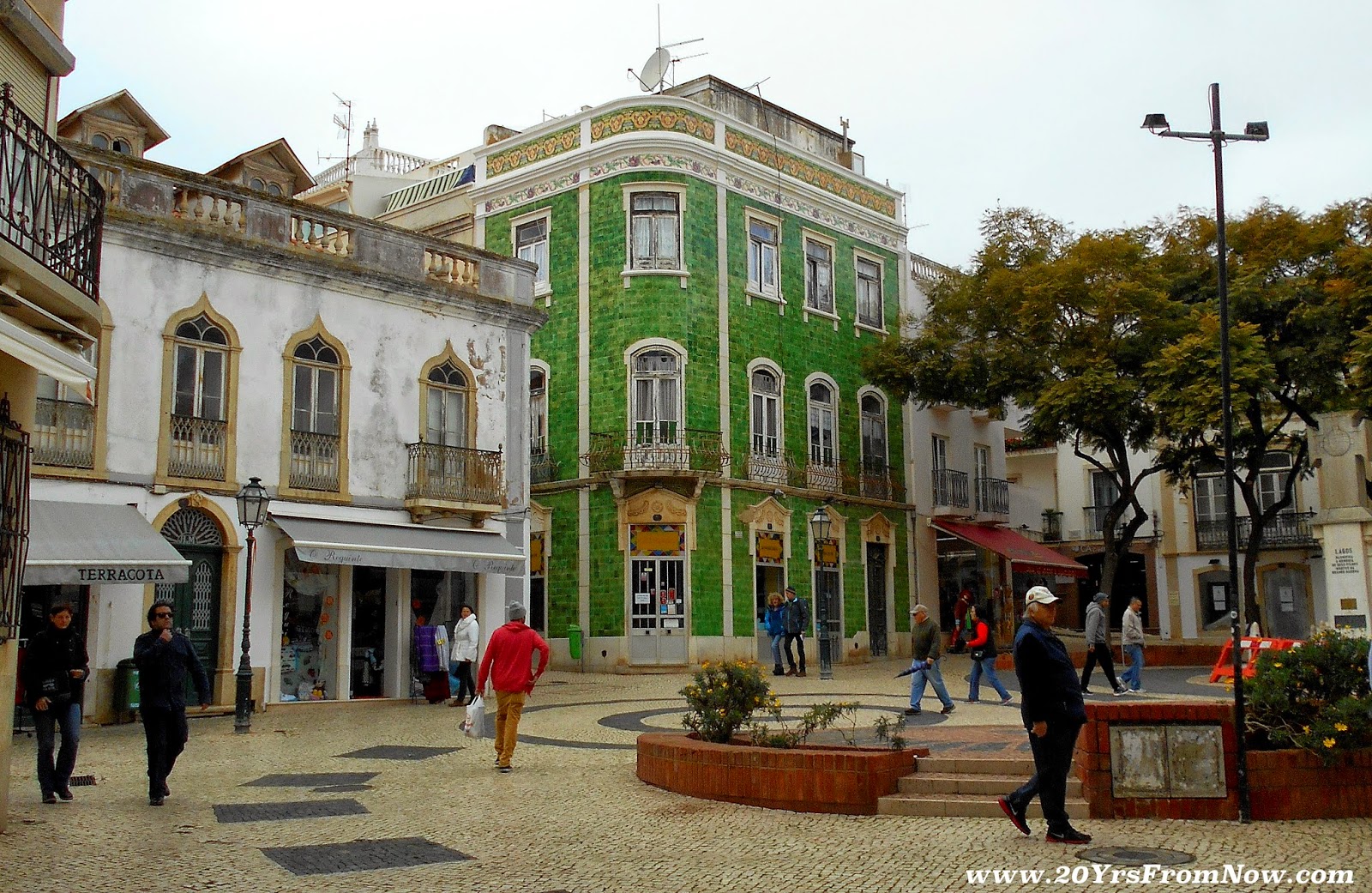 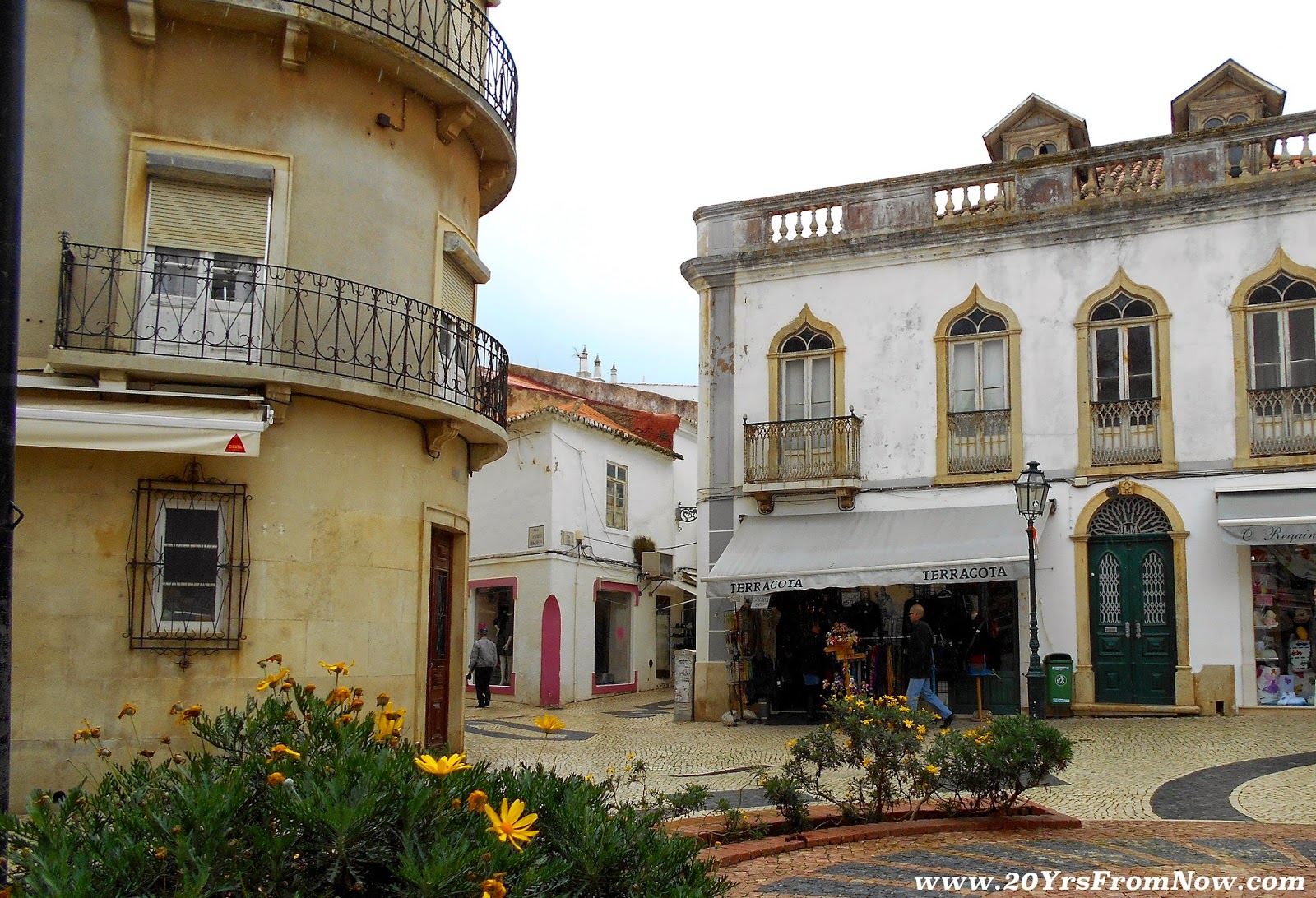 Of course, all of this walking and exploring deserves a little down time - or in our case a coffee, glass of ruby port and wine. 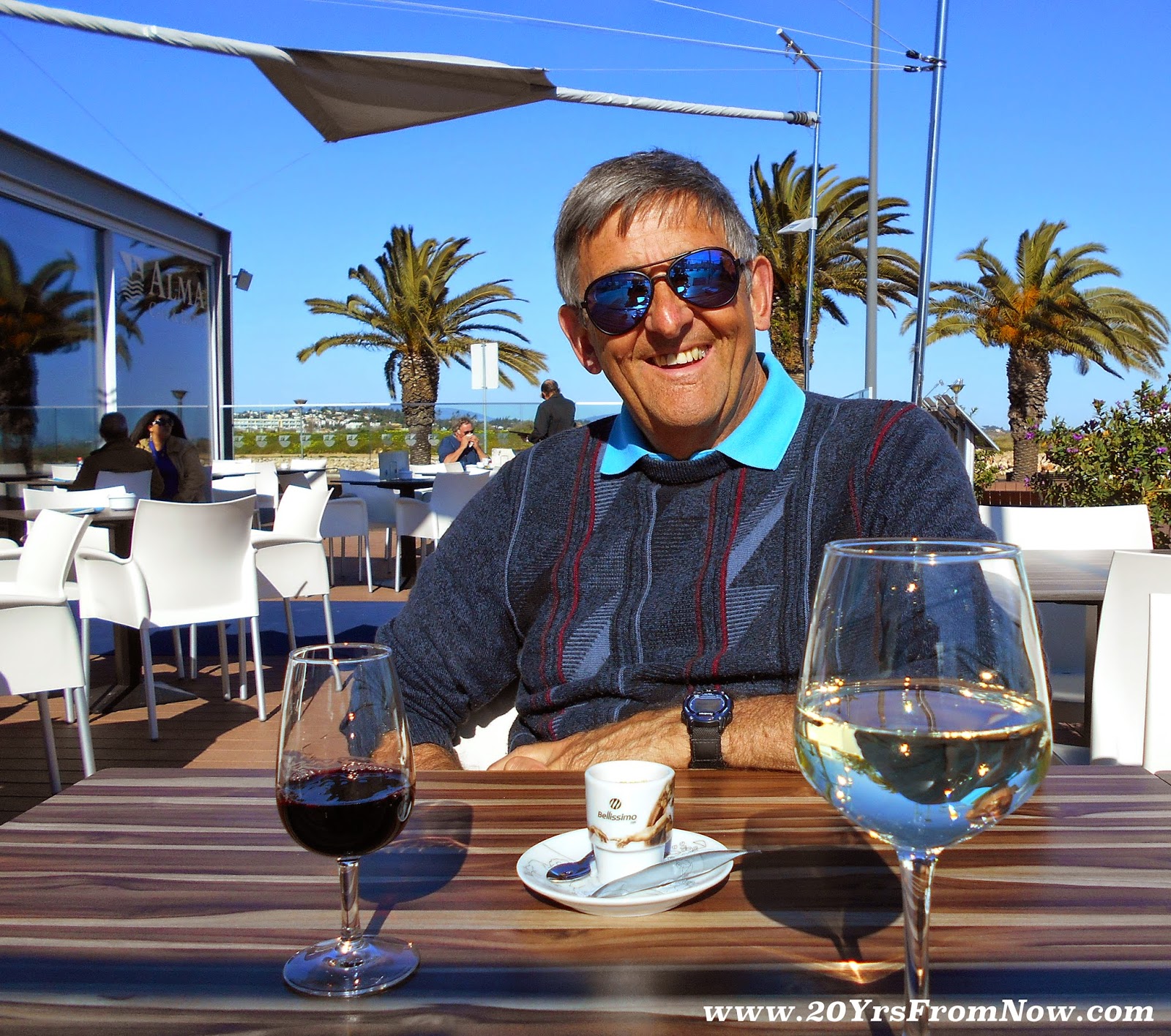 On Saturday we opted for a pizza lunch just opposite the promenade and marina. 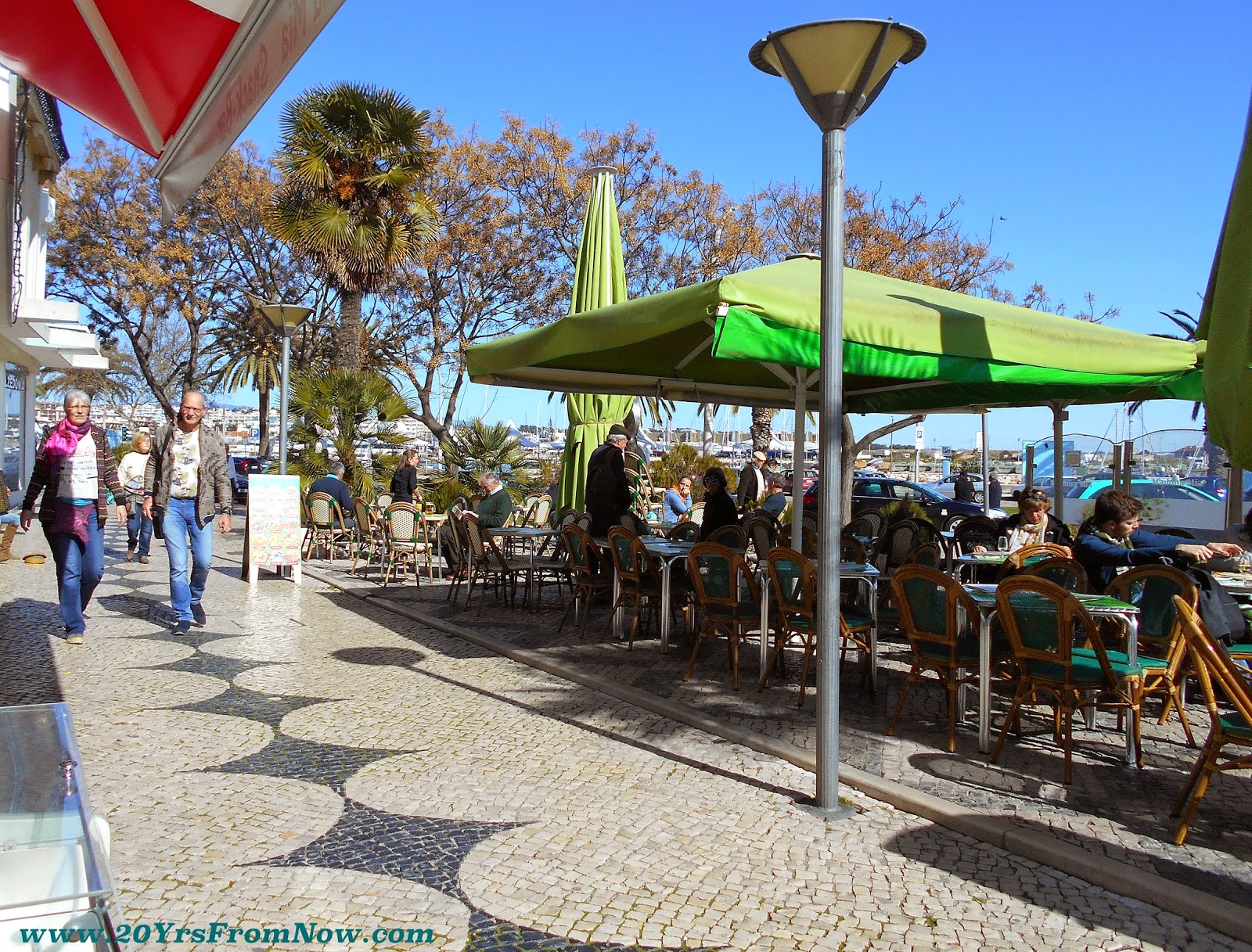 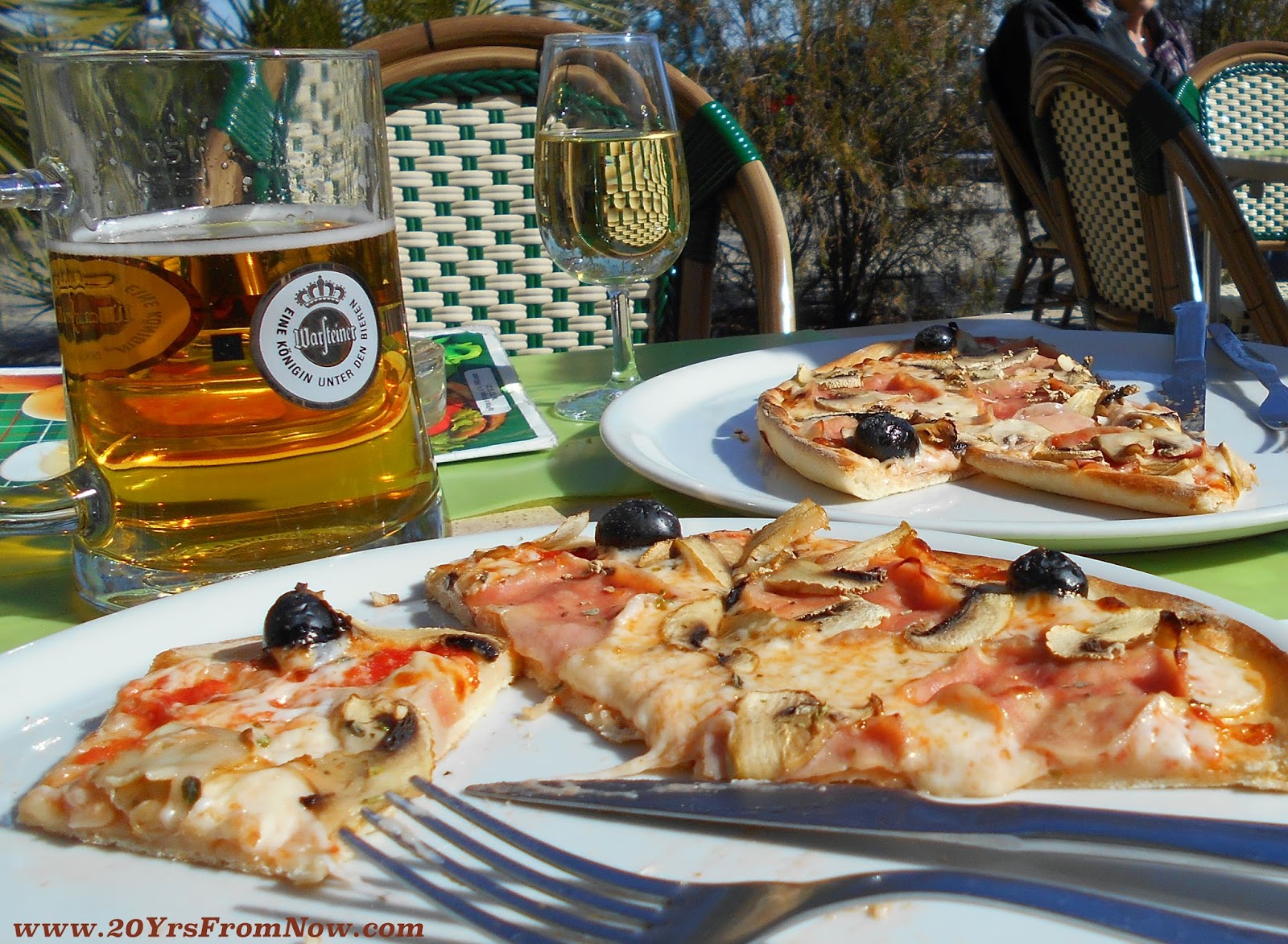 Besides the amazing climate and ambiance of the setting this little slice of heaven was made all the more enjoyable by some live entertainment. If you have trouble viewing it below, watch it on Youtube (click HERE).


We've been in Portugal three short but impressive weeks and my only question is why on earth it took us so long to get here!