A Pike in Trout Lake

Both Sunday and Tuesday were gorgeous days and being situated right on the water we chose to stay close to home to enjoy every moment. When John offered to take us for a boat ride I have to admit I'm unsure who was more keen to get on board - me or Keegan. 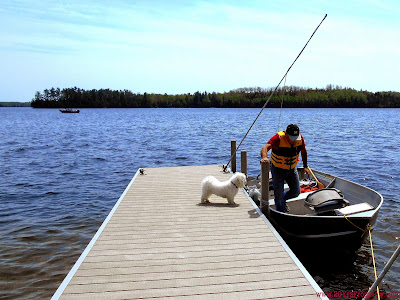 For most of the trip Keegan sat on my lap, but at one point he wanted to get a little closer to the captain. All the while I had a firm grip on his leash (that black line in front of his chin), but as he's used to being in a boat he was on his very best behaviour. 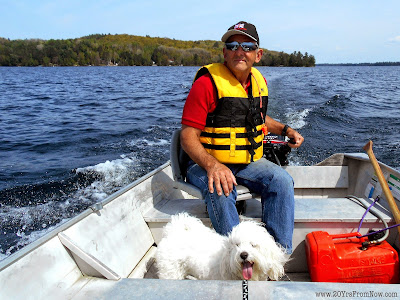 Yesterday was a beautiful morning and John thought he'd try fishing from the dock. It goes without saying that Keegan was right by his side. 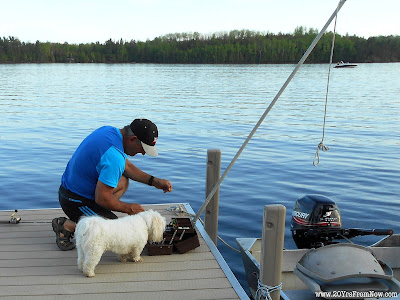 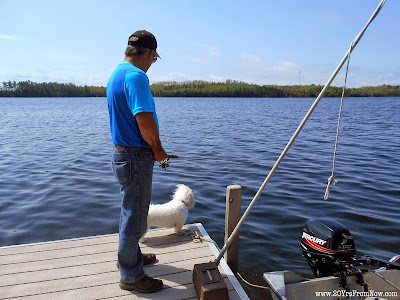 Suddenly, John felt a fish swallow the hook and the battle began. Eventually the fish and fisherman moved closer to shore. And guess who was watching the entire thing from a few feet away? 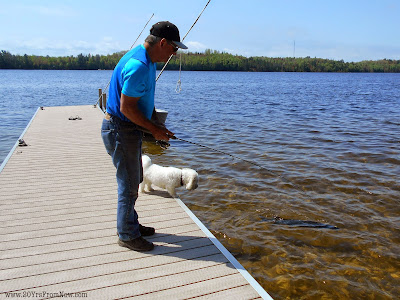 At one point John reminded Keegan to stay back. "That fish is bigger than you!" 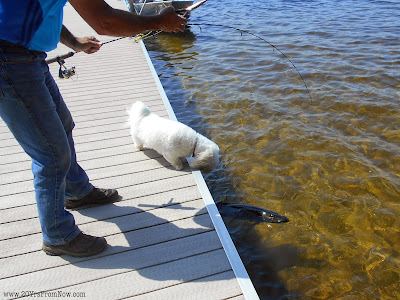 It actually took John two tries to release the pike. The first attempt I caught on video -

After the pike swam away Keegan paced back and forth on the dock in search of it. 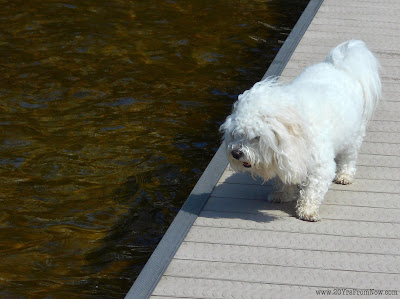 After dinner we spotted the Warriors of Hope dragon boat zip by... 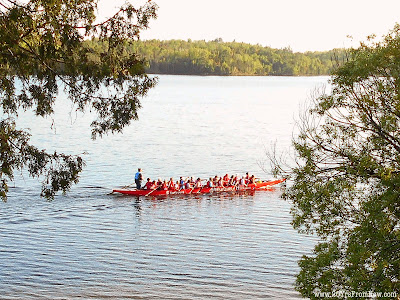 Seeing those women, all cancer survivors giving it their all, may have been the deciding factor for John and Keegan to cast their line one more time before dark.

Keegan was ever vigilant, keeping watch of the water. In this next photo I swear he's trying to tell John, "You better hurry. I see him!"


Turns out they didn't get as much as a nibble, but a couple of days on the lake can be exhausting. Just ask Keegan. 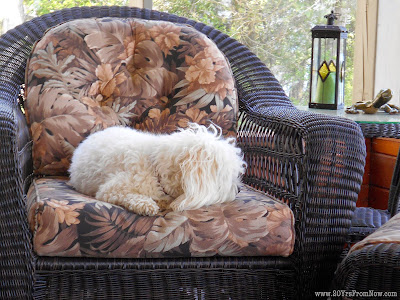