Graduating & Cruisin' with a Fluffy Puppy

Thursday evening Mexican friends of our homeowners dropped by for a quick visit. They were in town to attend their daughter, Carola's, 8th grade graduation and wanted to drop off a thank you gift for Keegan's parents. At one time or another Deb and Craig have opened their home and hearts to all three of Carlos and Elsa's daughters when they attended school in North Bay. We had a great time with this delightful family and so did Keegan. He even persuaded Carola and Miranda to play tag with him in the yard before they left, and everyone giggled at his antics. Good times!

Friday morning Keegan had an appointment with his groomer, Christine, at PetSmart. As soon as we drove into the parking lot and he spotted the store he got so excited he could hardly wait to get inside. Obviously, it's his favourite shop in all of North Bay. Two hours later he'd had a bath with tangerine shampoo, his hair (he does have hair, btw, not fur) was conditioned, nails done and hair clipped. The whole nine yards, and worth every penny. What an adorable Fluffy Puppy. 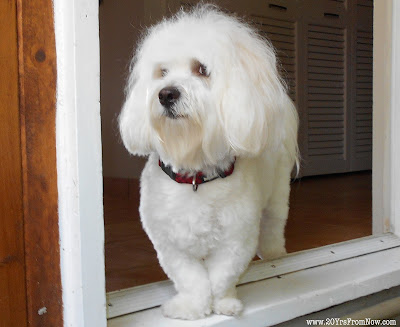 His 'Pawgress Report' outlined the condition of his skin, coat, ears, nails, teeth and even included his behaviour. According to Christine he was "a sweetie". I'm not surprised. He even managed to charm the check out girl into giving him a liver treat. When we got home I took a few lot gazillion photos. Like I said, Fluffy Puppy! 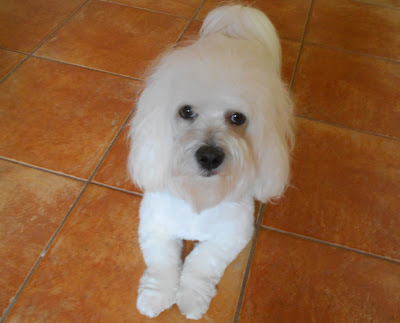 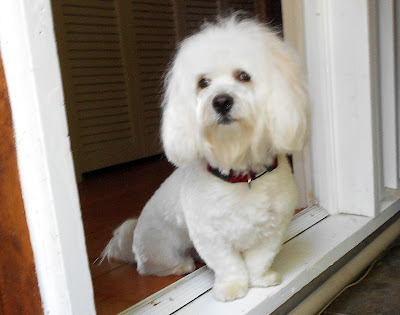 While Keegan was at the spa we had our passport photos taken. John's pic was a fait accompli in one take. Me? Five attempts and all for naught. I'm seriously considering telling Customs officials worldwide it's not me but my unphotogenic evil twin. Think they'll believe me? Nah, me neither. :( 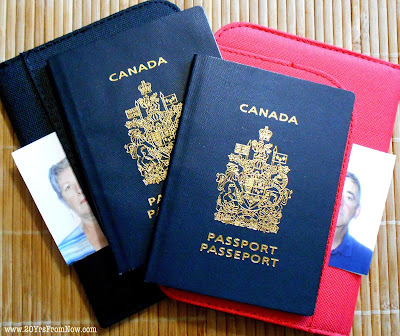 Today it rained, but that didn't stop us and a lot of other folks from attending the Cruisin' Downtown Car and Bike Show on North Bay's Main Street. John took all the photos with his waterproof camera he uses for kayaking because it really was a downpour! 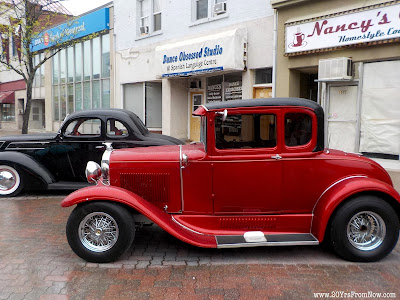 He said this motorcycle brought back memories of when he attended community college back in the Stone Age. His friend, Steve, owned one and they'd often skip class to go cruisin' in Barrie. 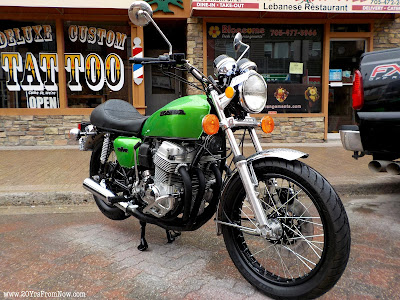 The variety of makes and models was impressive. I really liked the paint job on this next one. The photo really doesn't do it justice. (Sound familiar?!) 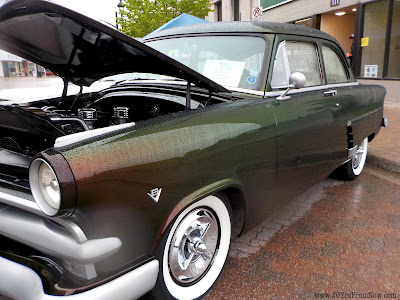 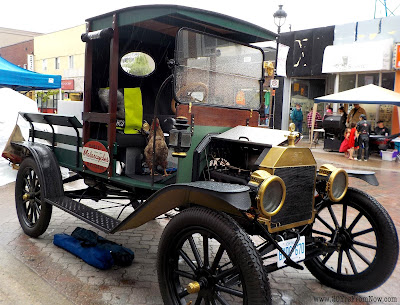 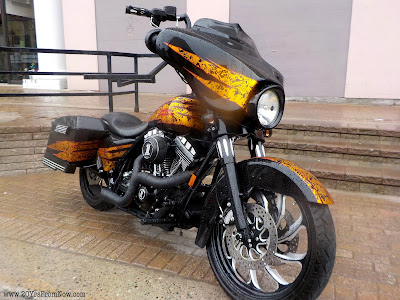 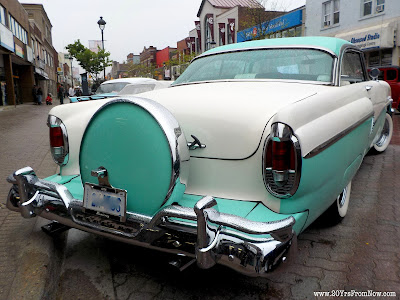 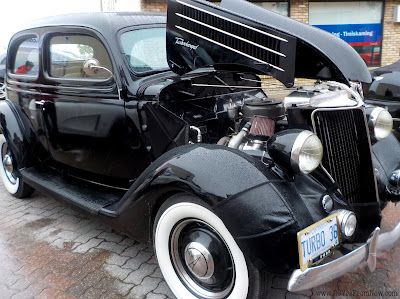 This '67 Volkswagon conjured more memories for John as he had one just like it except in red. 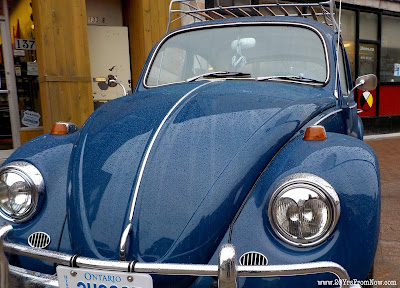