After a little more than three weeks back in the Great White North we no longer feel out of sync. And a good thing, too, as since we arrived home ten days ago John's gone kayaking five times. 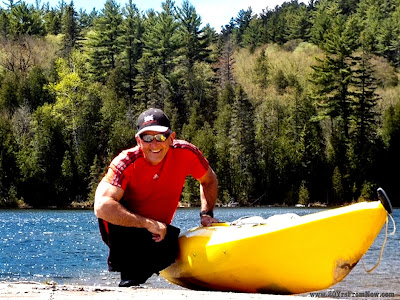 As his nickname, Paddle Boy, suggests he would have been on the water even more had the weather co-operated! Still, he managed to paddle Elliot, Dunlop and Esten Lakes, the Serpent River, and his favourite outing the Little White River. 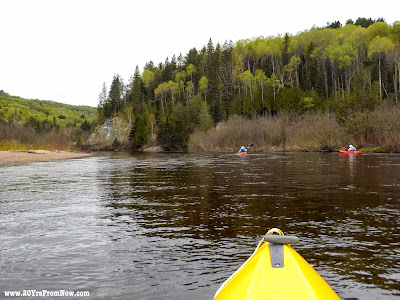 This past Saturday three other enthusiasts (Rae, Sirje and Jean-Guy) joined him for an adventure on the Little White River. 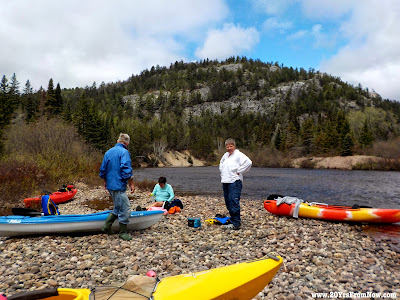 They paddled for 4 hours... 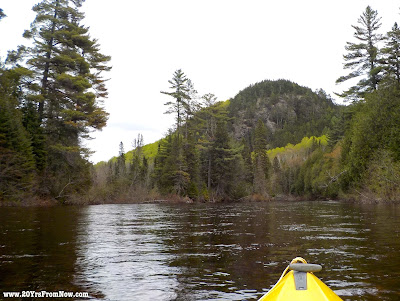 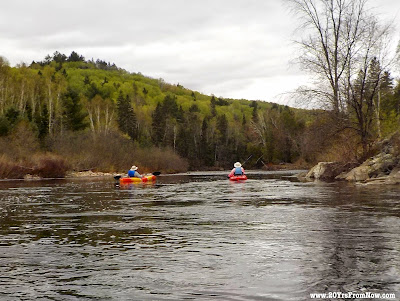 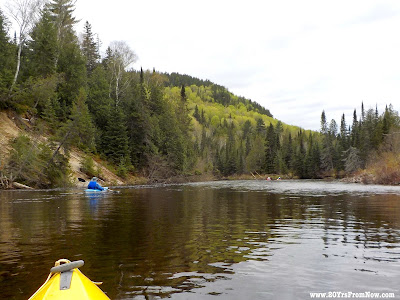 Stopped once for a 15-minute lunch break... 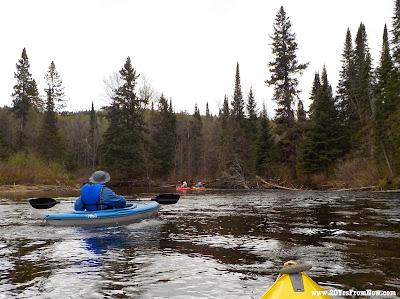 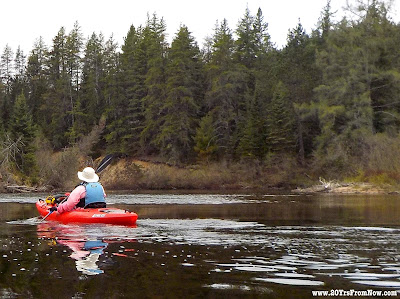 Until they reached as far as they could go (without hitting some rapids). 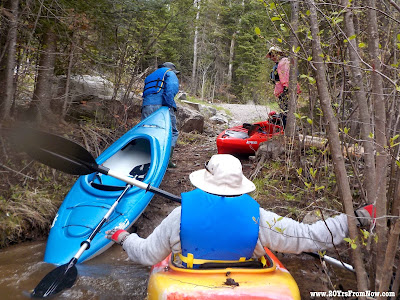 He returned home one tired but happy kayaker and I have a feeling so did everyone else!