Our last day in Portsmouth began with a quick tour of the town centre as up until now our focus had been entirely on its Historic Dockyard. Unfortunately it was a nondescript pedestrian shopping area that didn't 'wow' us like other towns or cities have, but this chess themed fountain did catch our eye. 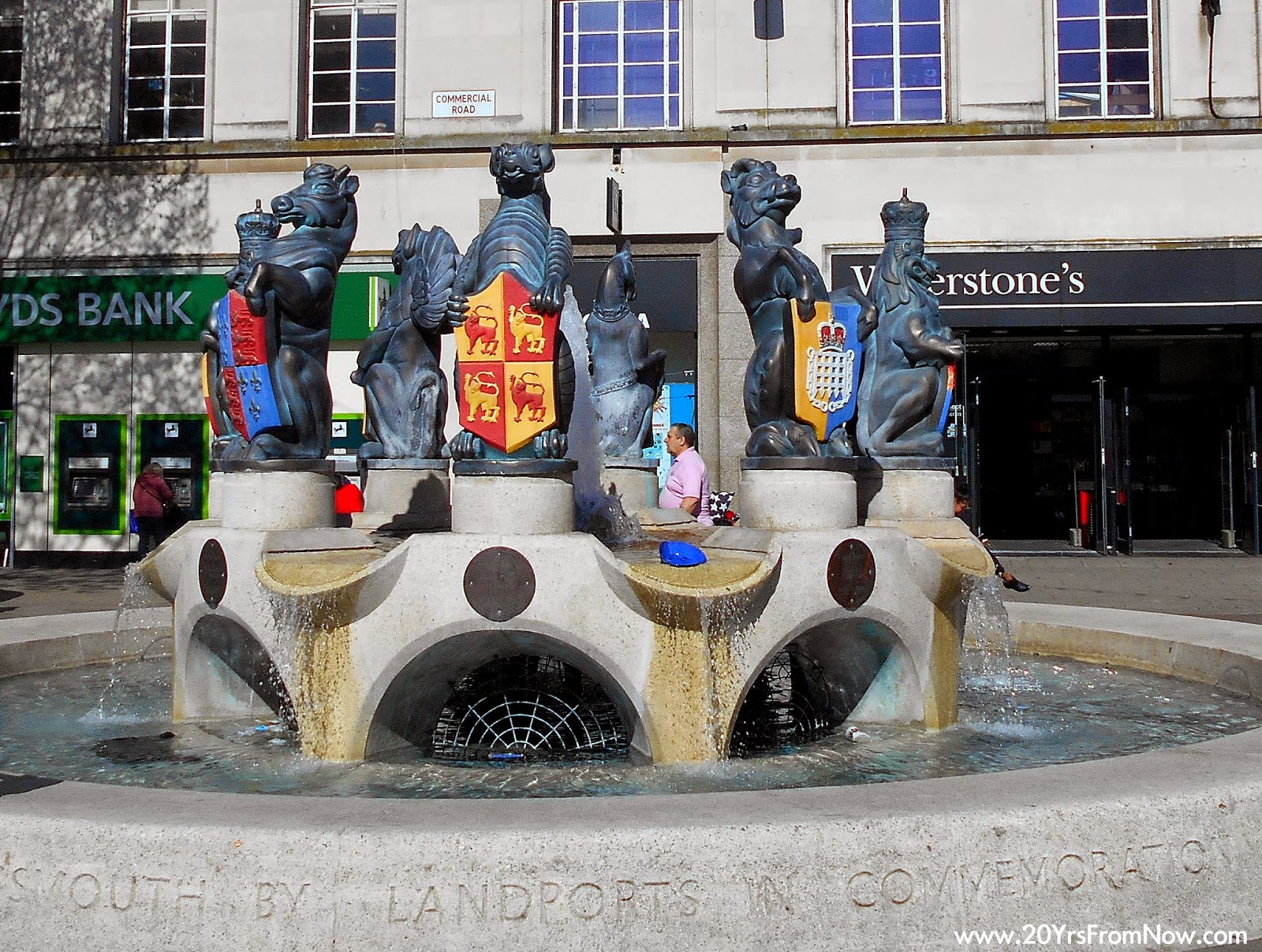 While we were in Portsmouth we stayed in a two-bedroom apartment called Lauralee House. Click here for photos and info. It was perfect for our needs - centrally located, comfortable and fairly well equipped. Directly across the street from the flat was this amazing tudor style building that has been renovated into a hair salon. 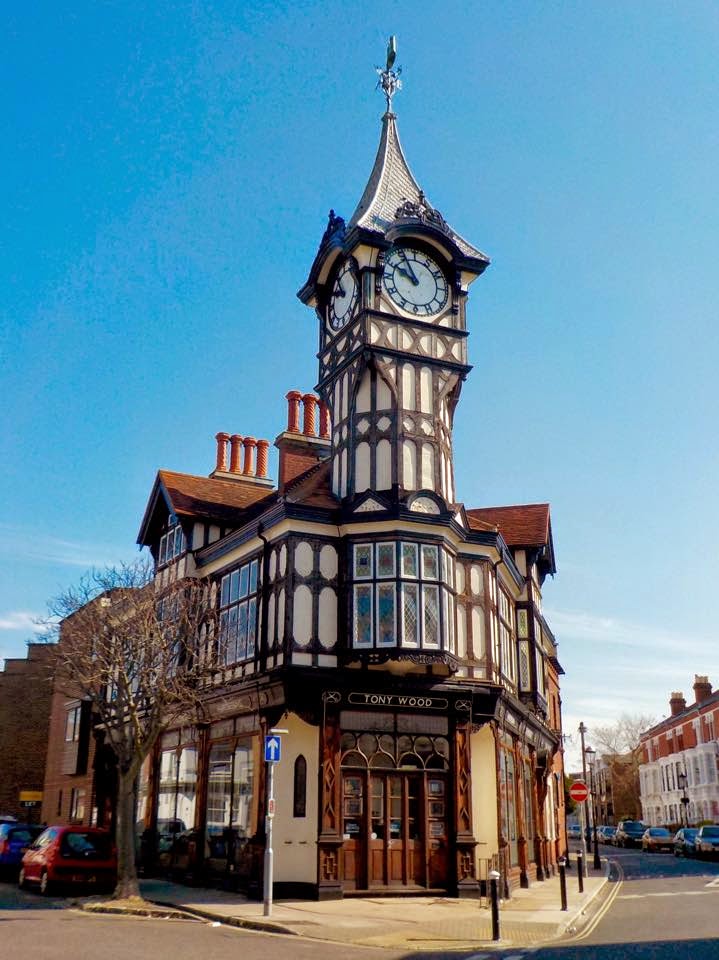 Within a stone's throw and to the right of the tudor hair salon is this row of colourful townhouses. 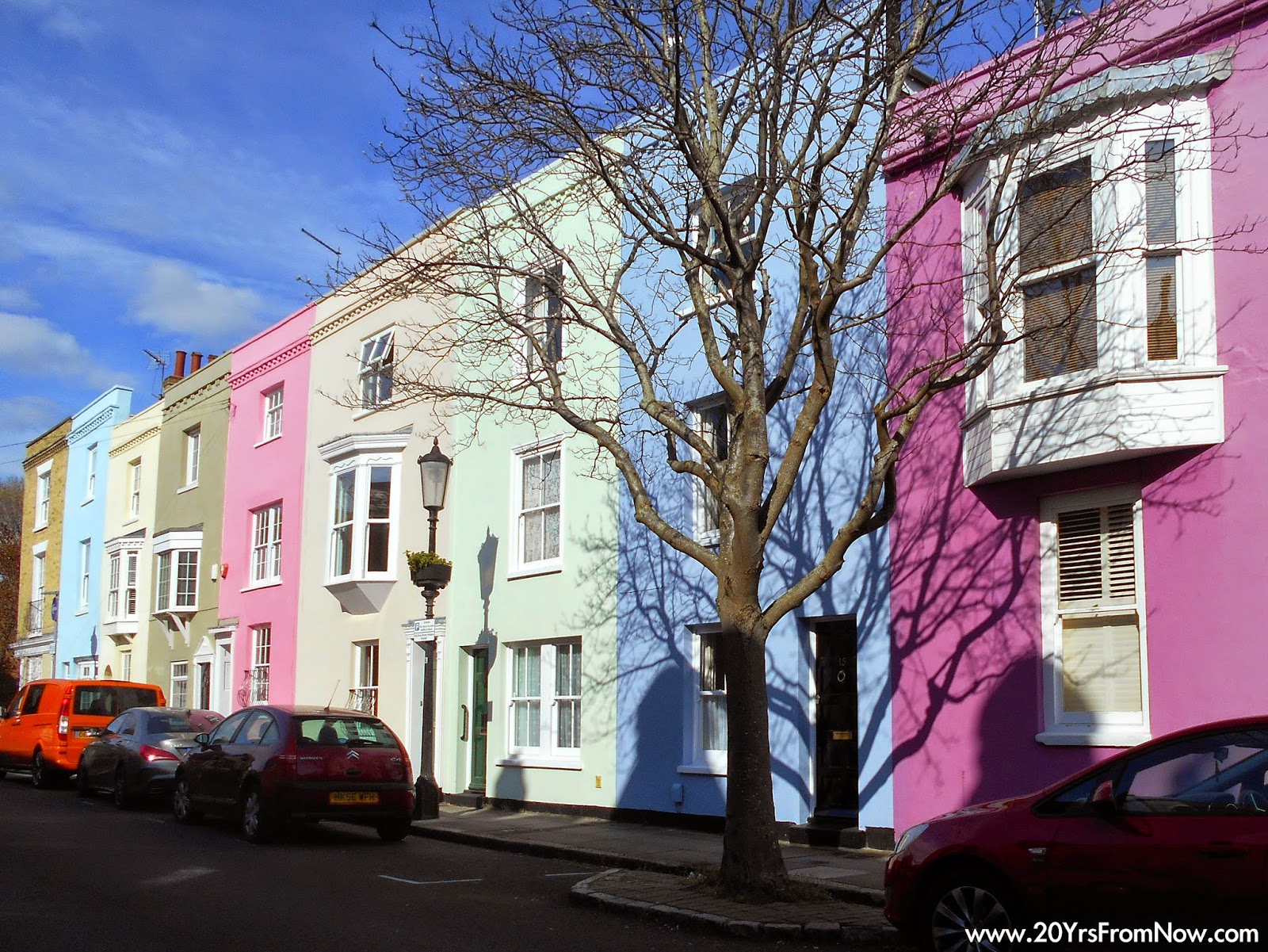 Halfway between our flat and the train station was this pub. With our time limited all we could do was admire its exterior. 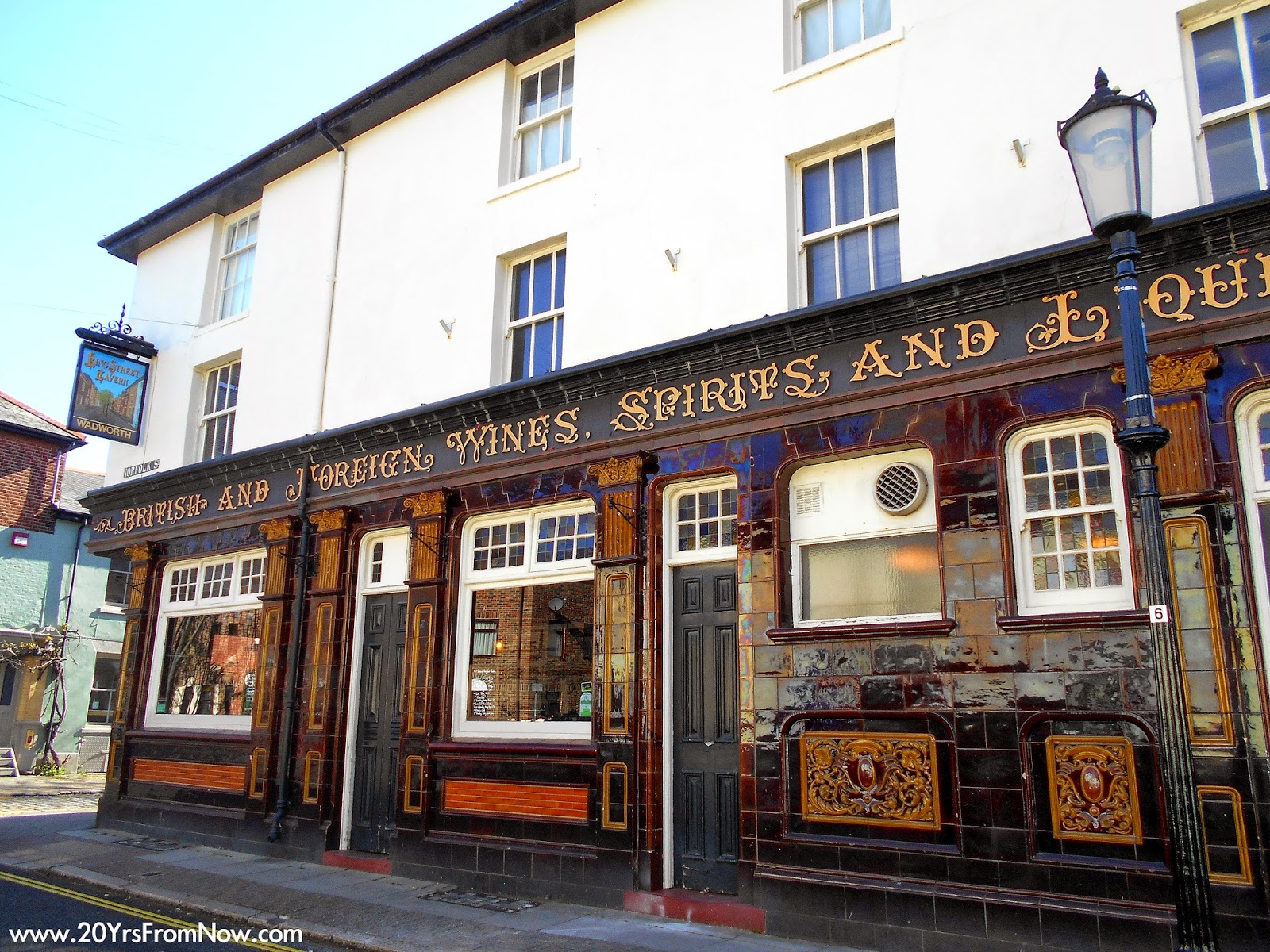 Backtracking from the city centre we headed to the waterfront to stroll the Millennium Promenade. It's impossible to get lost on this easy city walk as it's marked by chain tiles embedded in the sidewalk. 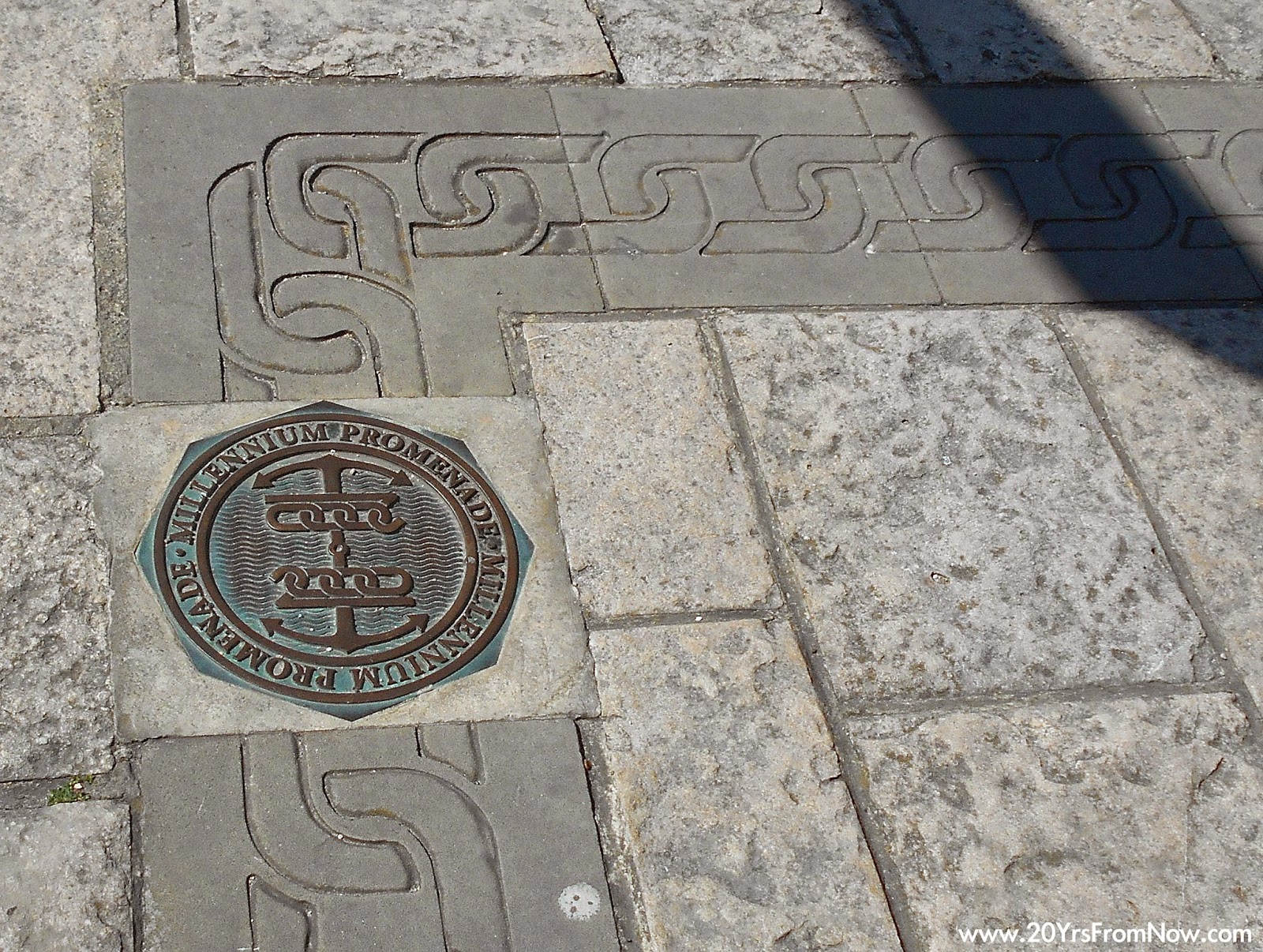 The Spinnaker Tower was ever present wherever we happened to find ourselves, while Britain's famous red telephone booths are becoming so rare I made sure to capture this one for posterity. 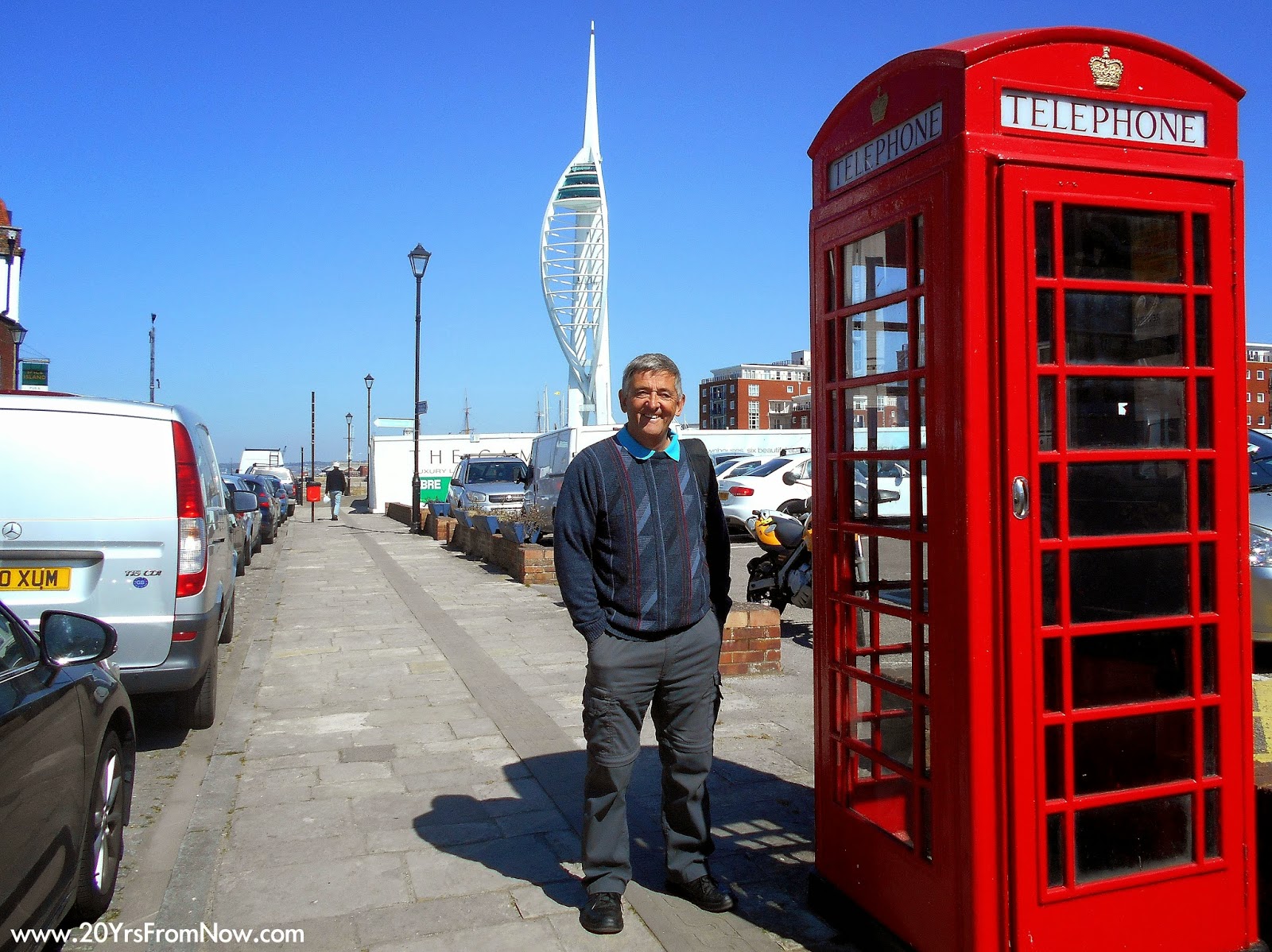 Once we reached the water's edge there was an expansive area to sit, relax and take in the breathtaking scenery, but because it was well past noon when we arrived we opted for another venue. 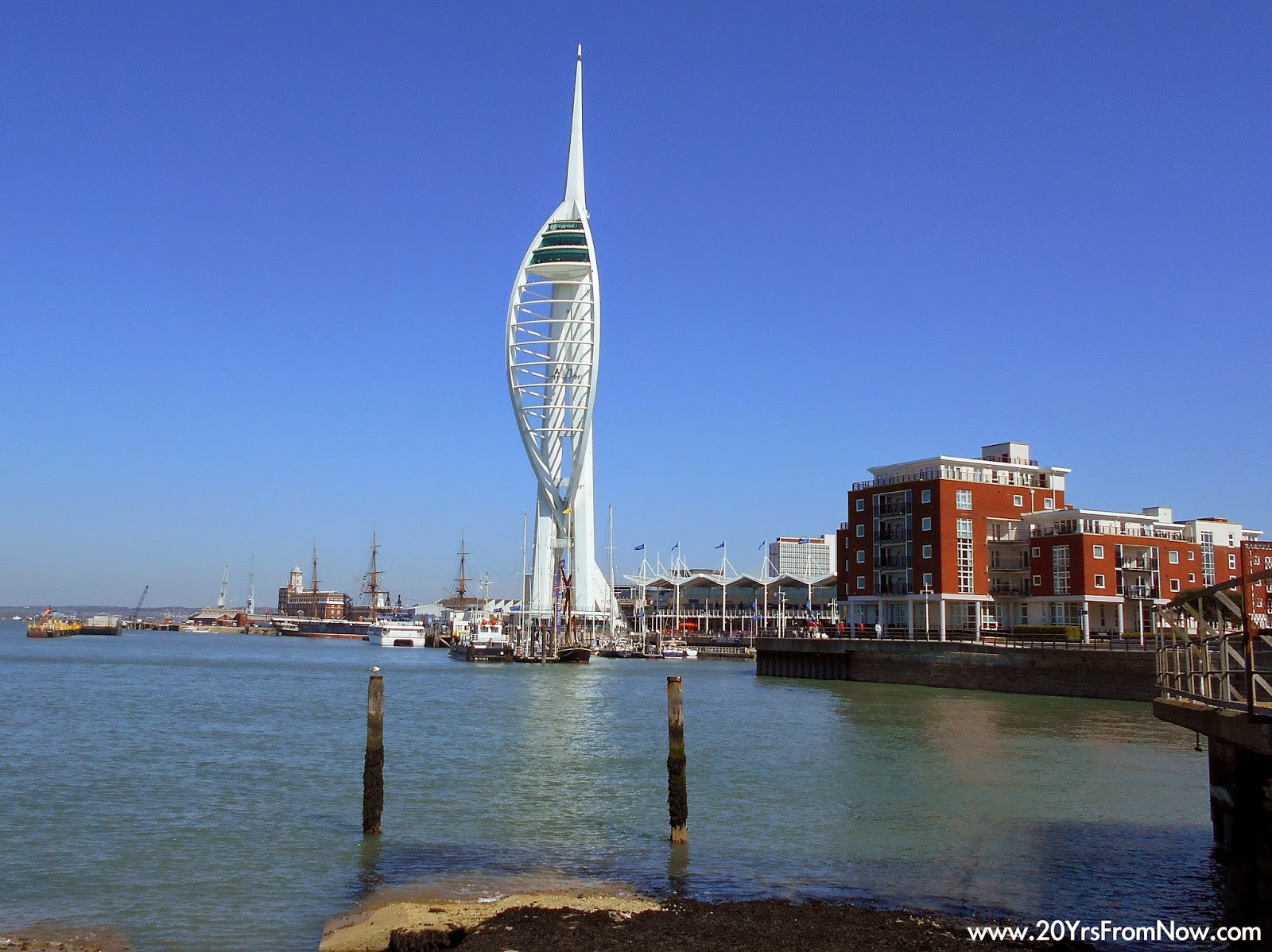 The Still and West Pub offered tables inside or out and we chose a quiet table on the far side of the building that faces the harbour. 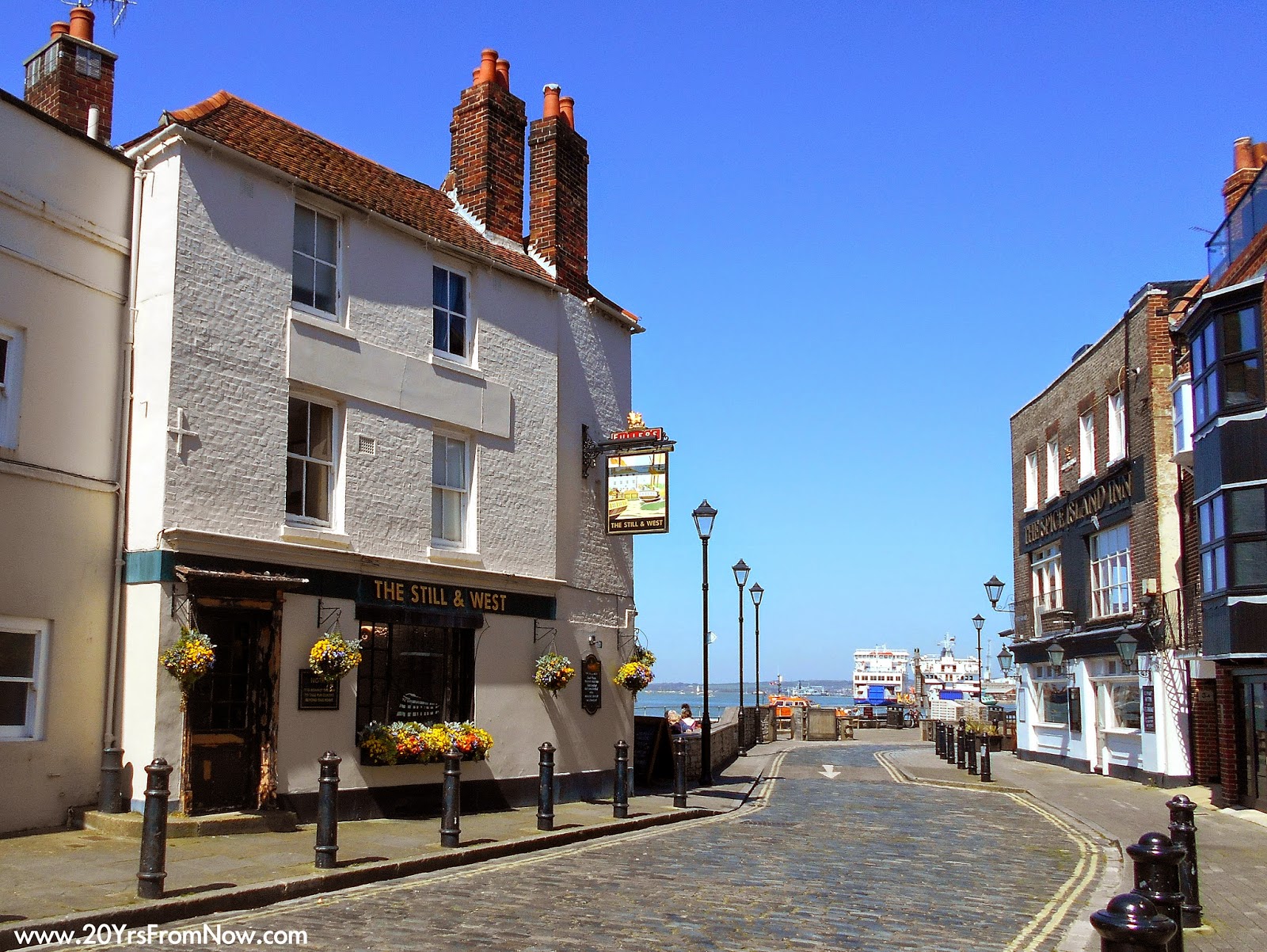 While we enjoyed a Guinness and pub grub we watched a parade of naval traffic that varied from small sailboats to tugboats, fishing boats and ferries. The ferry below is destined for France. 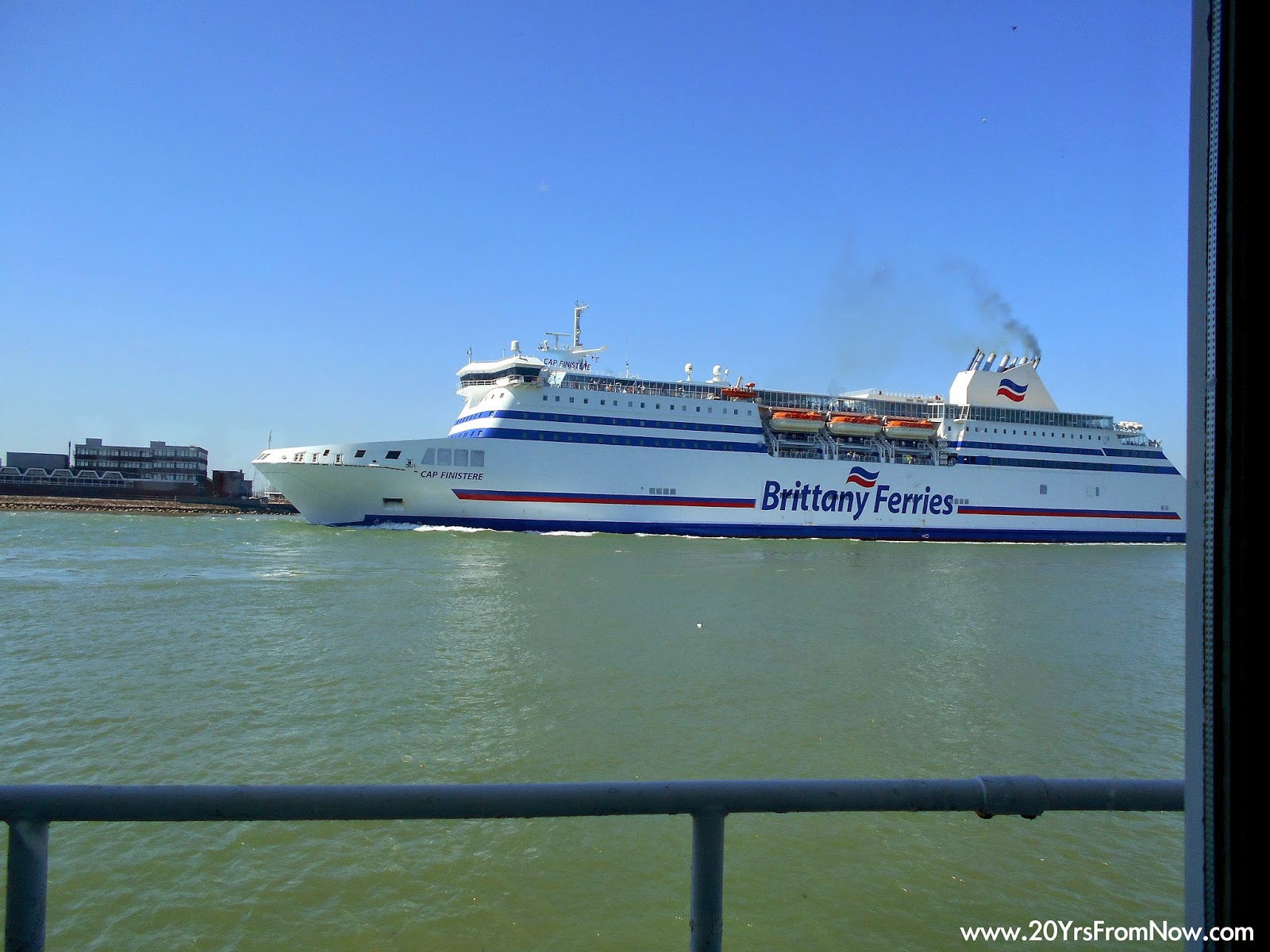 After lunch we continued east along narrow streets that have been in constant use for centuries. This group of row houses may look new, but one was home to the Black Horse Tavern dating from 1657. 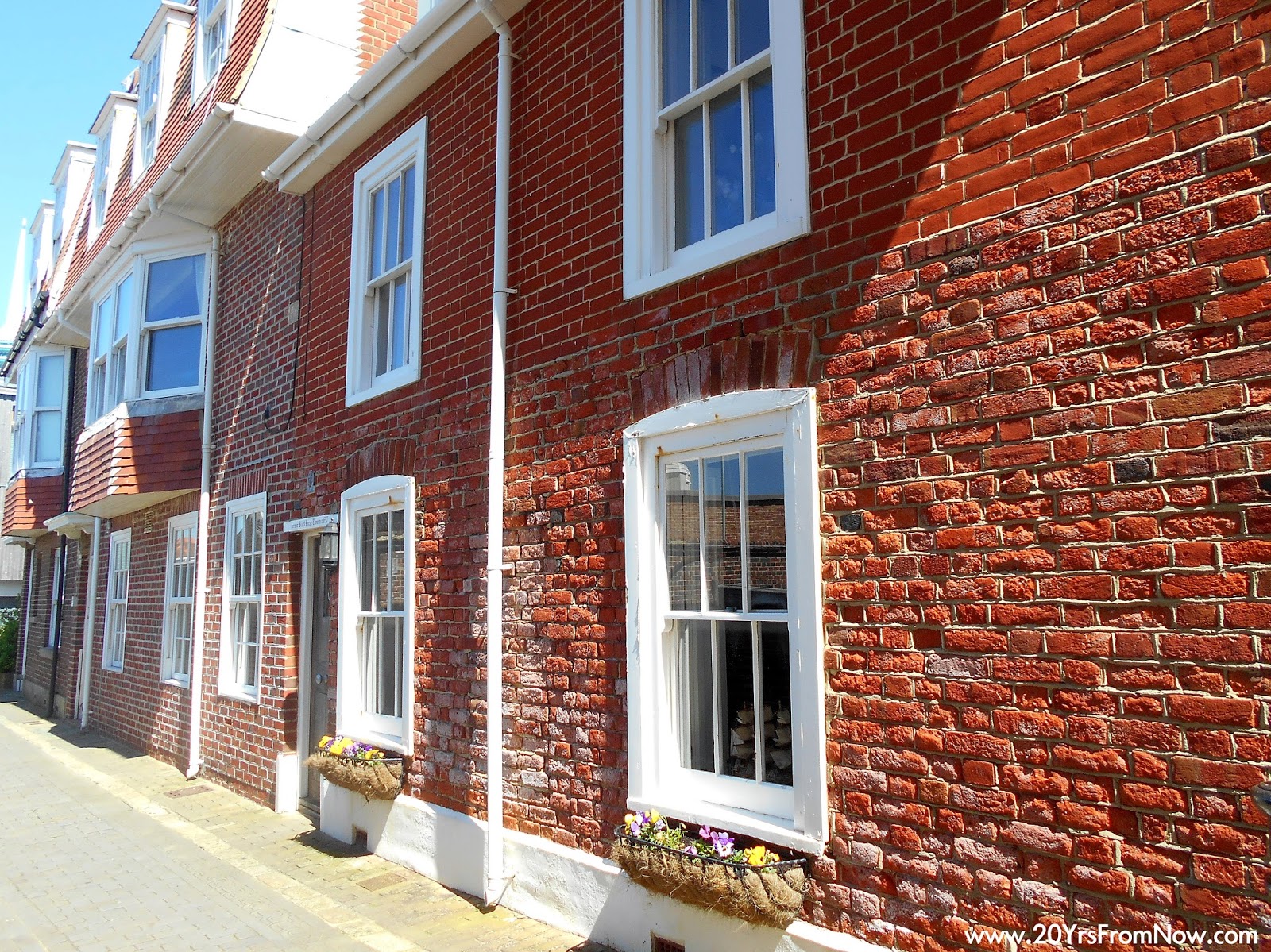 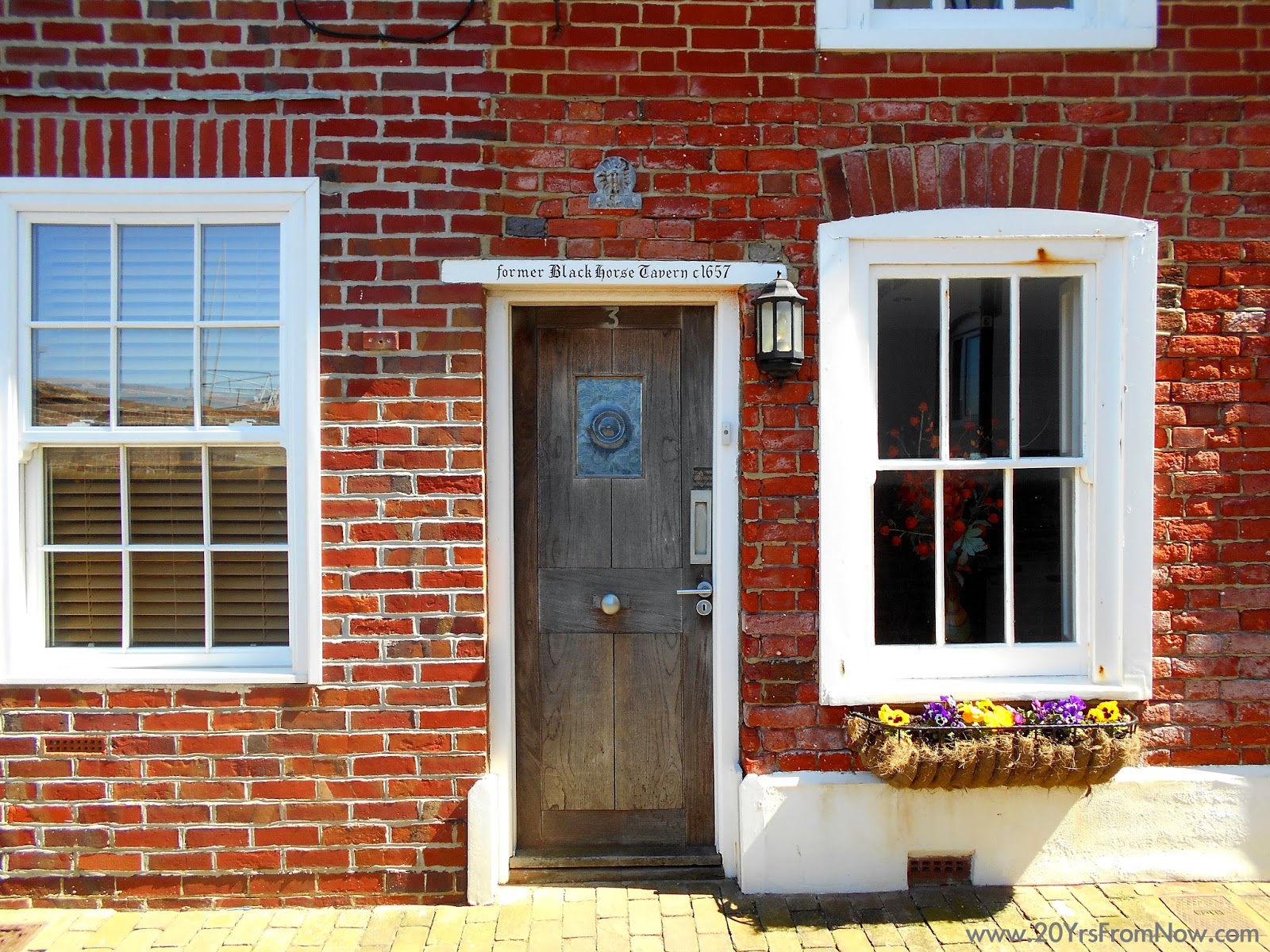 Next stop was the Round Tower. The first permanent fortification built to protect the harbour, construction for the tower began around 1418 and was completed in the 1420s.

The view from inside the tower provided a lot of opportunities for a few 'artsy' photos. 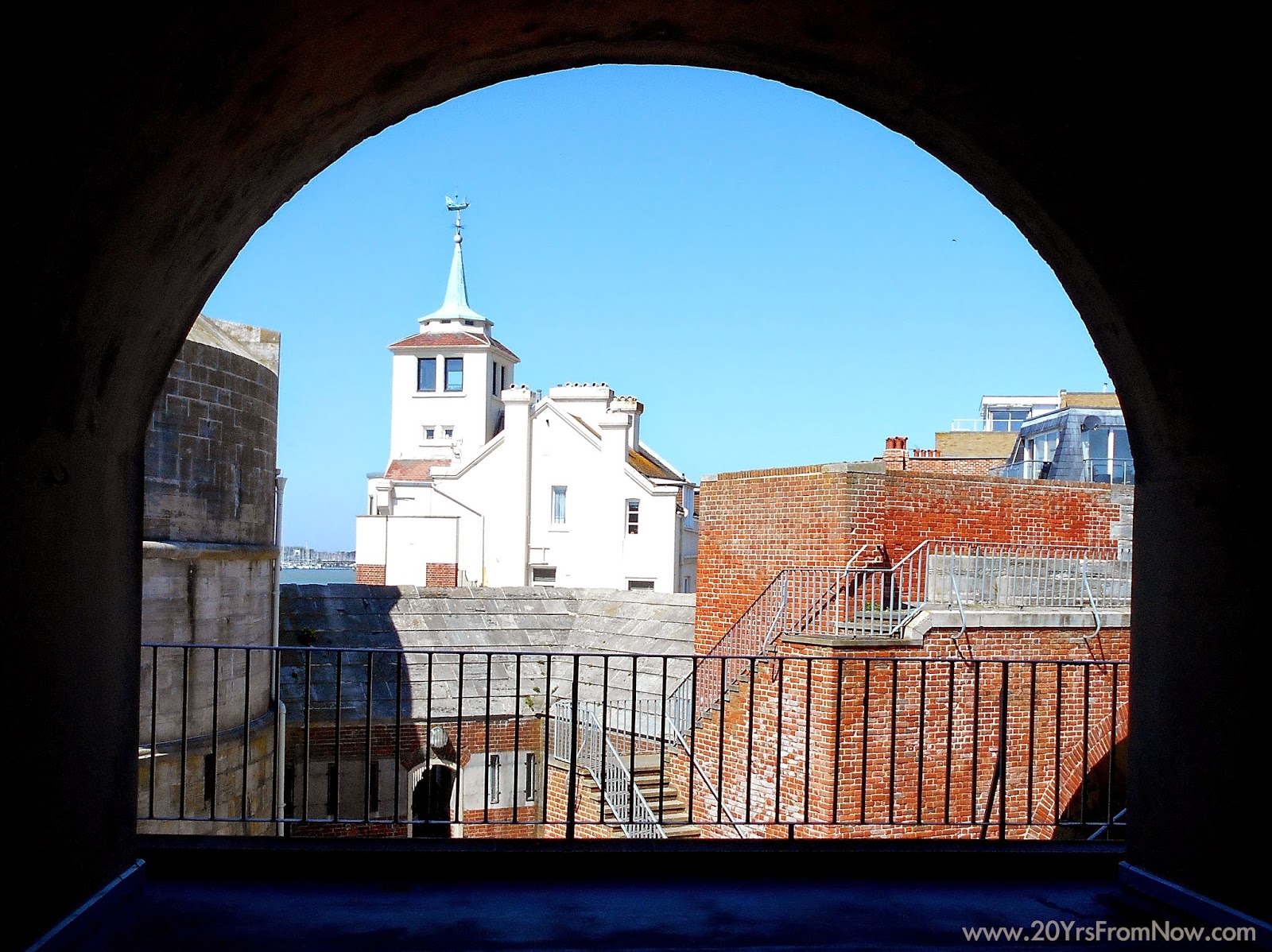 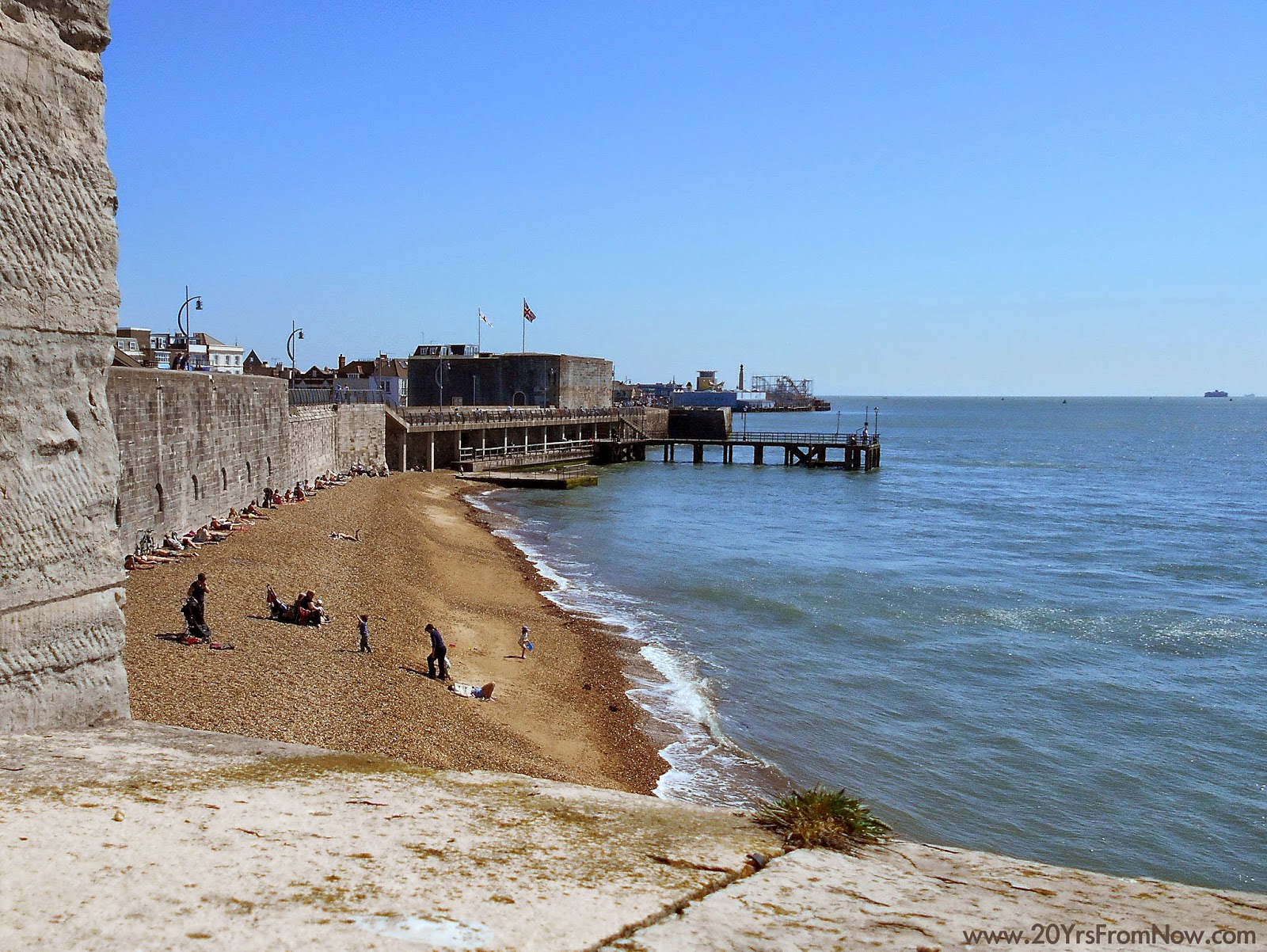 While the view from the very top was well worth the climb. This is looking west back toward the harbour. 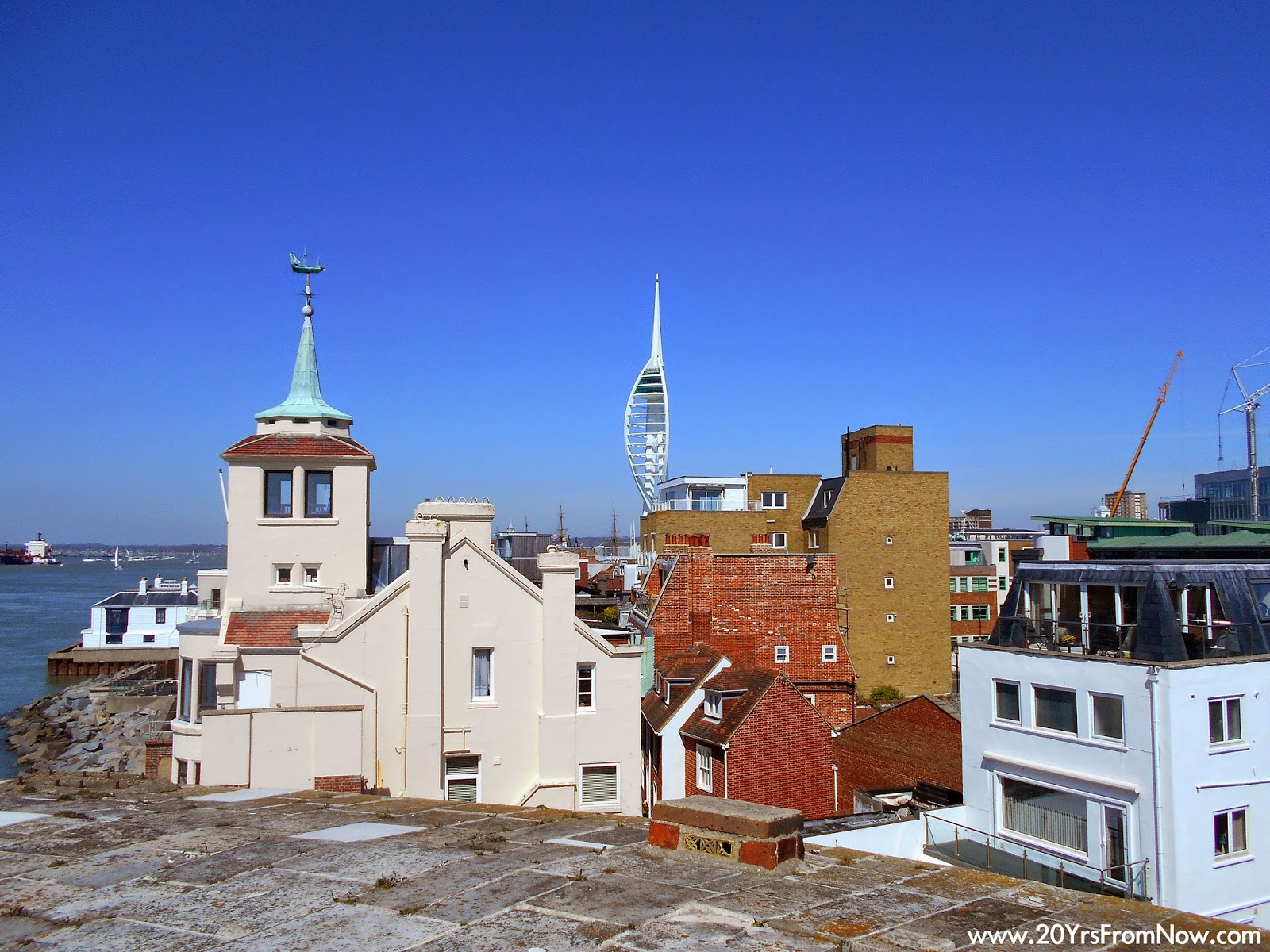 This is facing east and where we're headed. 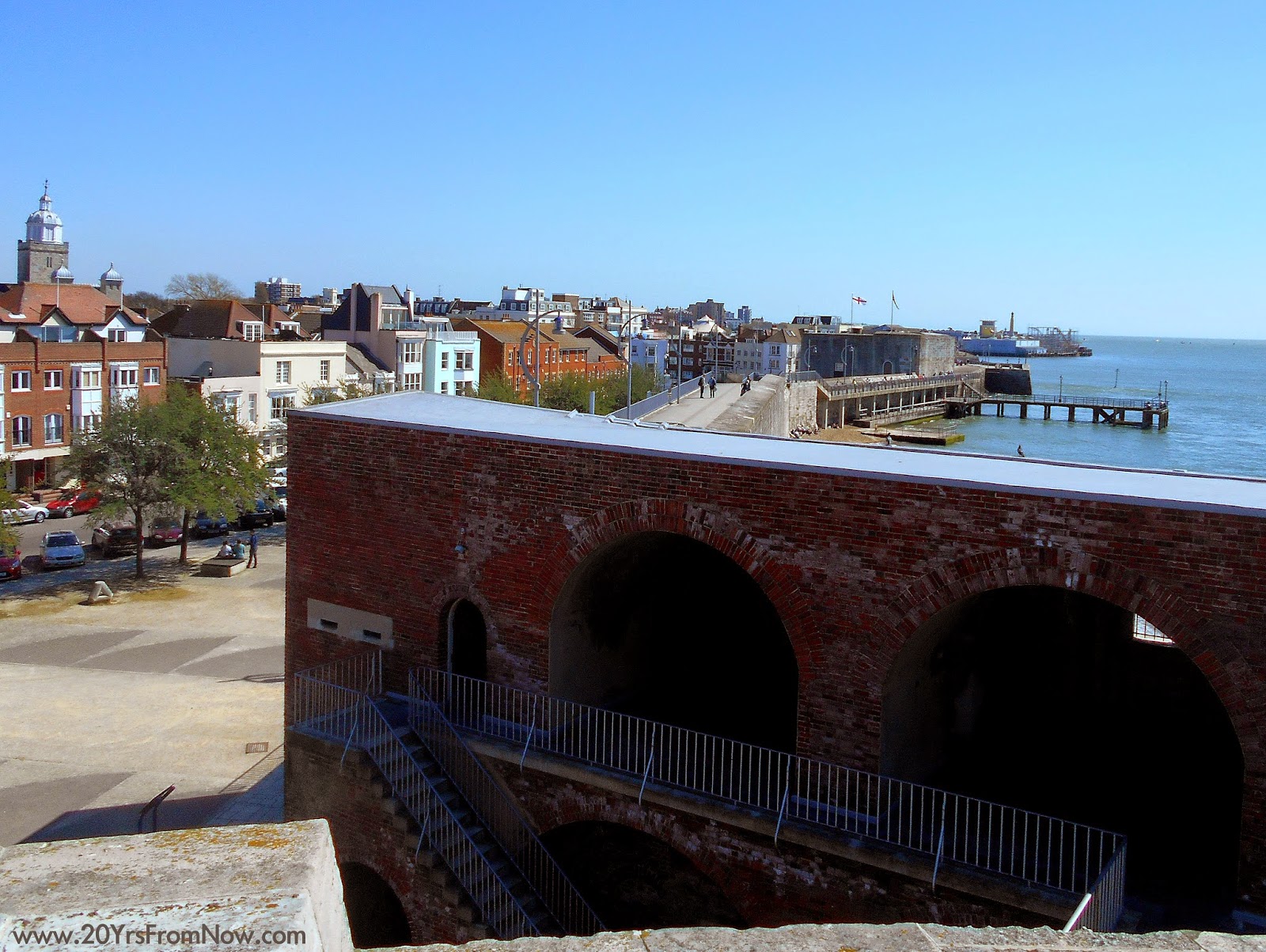 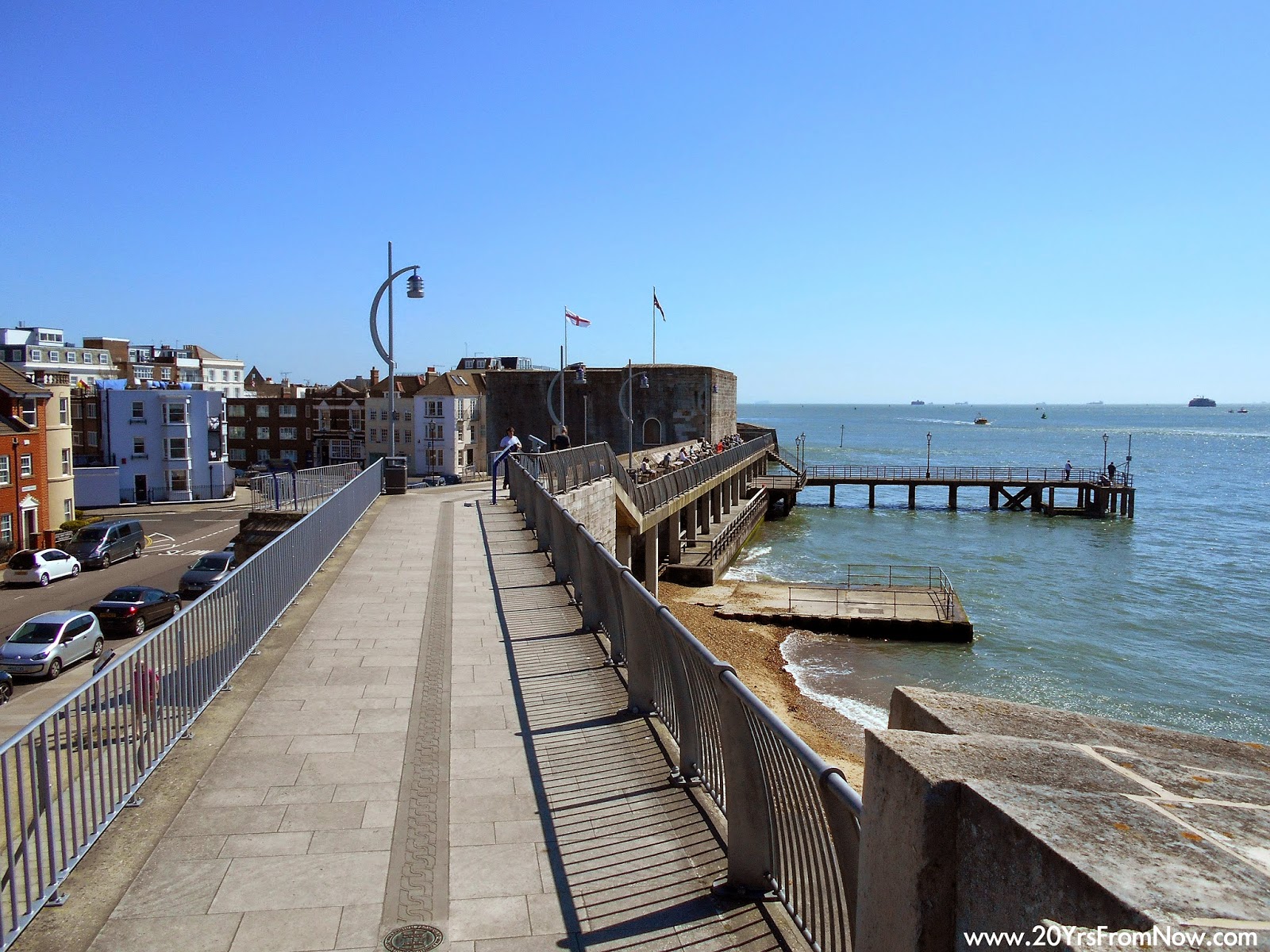 A narrow stony beach is to the right of the promenade and as it was a lovely sunny day a number of folks took full advantage to just enjoy the moment and work on their tan. 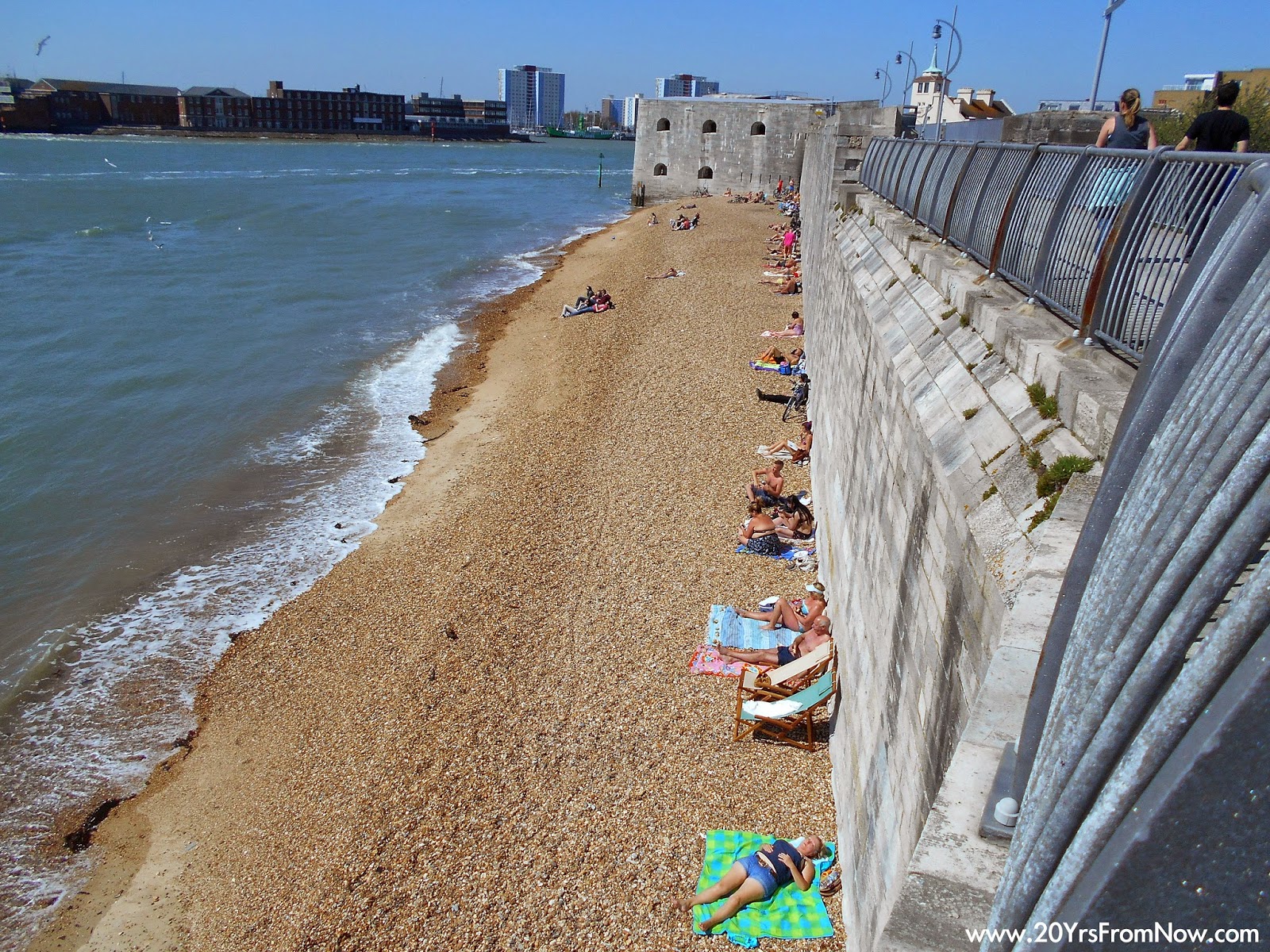 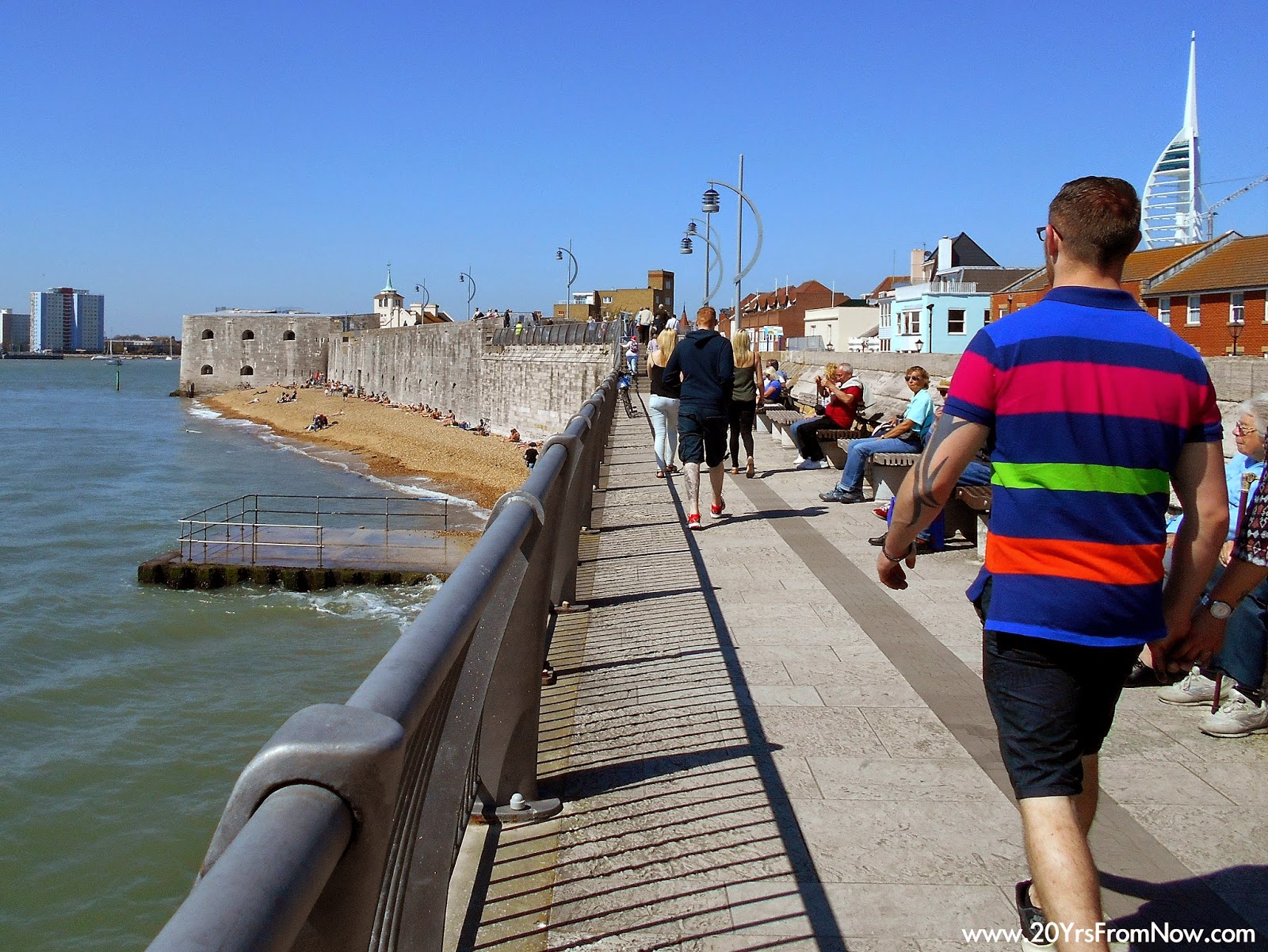 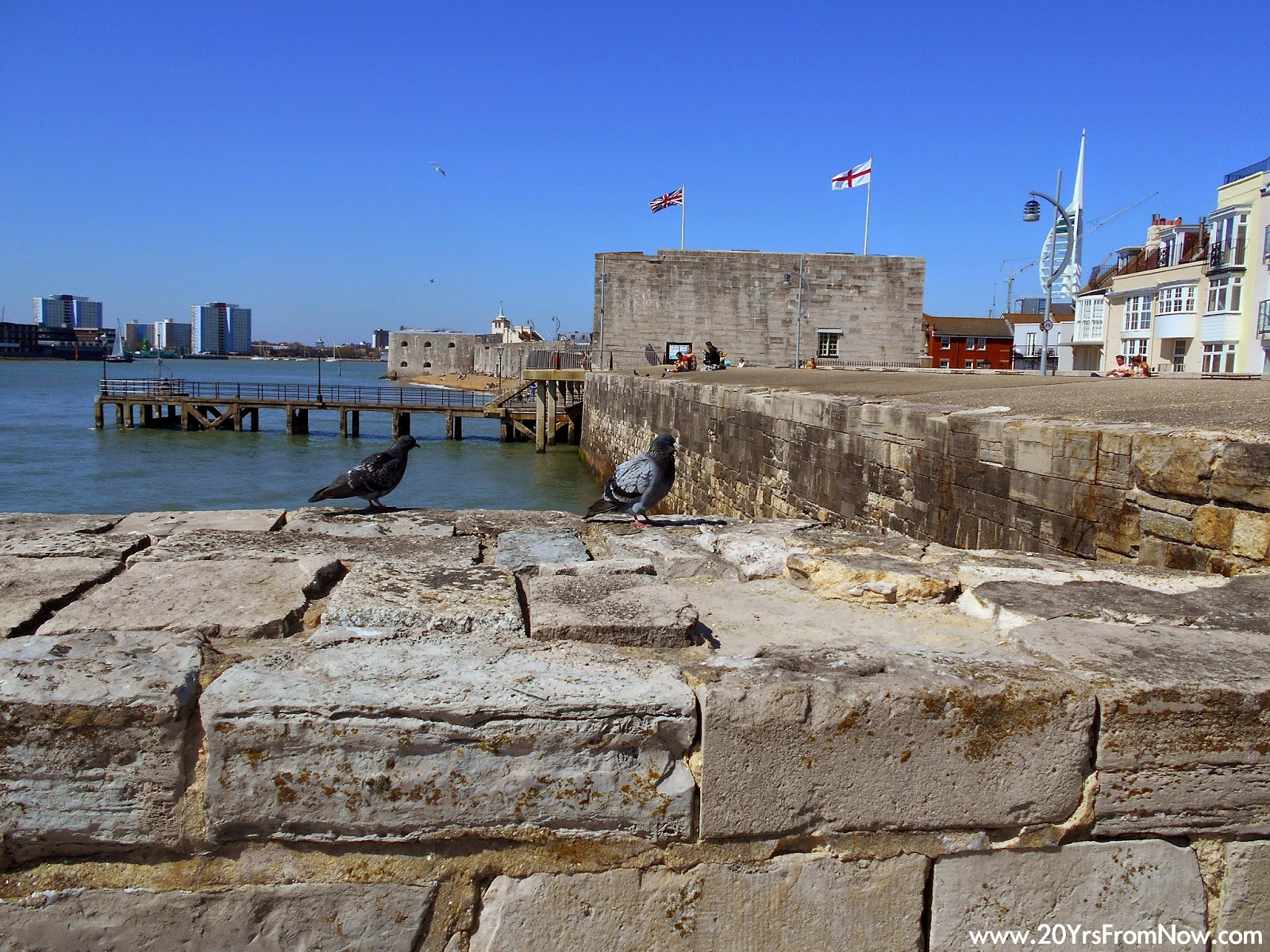 The Millennium Promenade is 3 kilometres long, but its possible to continue walking, biking or jogging eastward along the waterfront for miles. 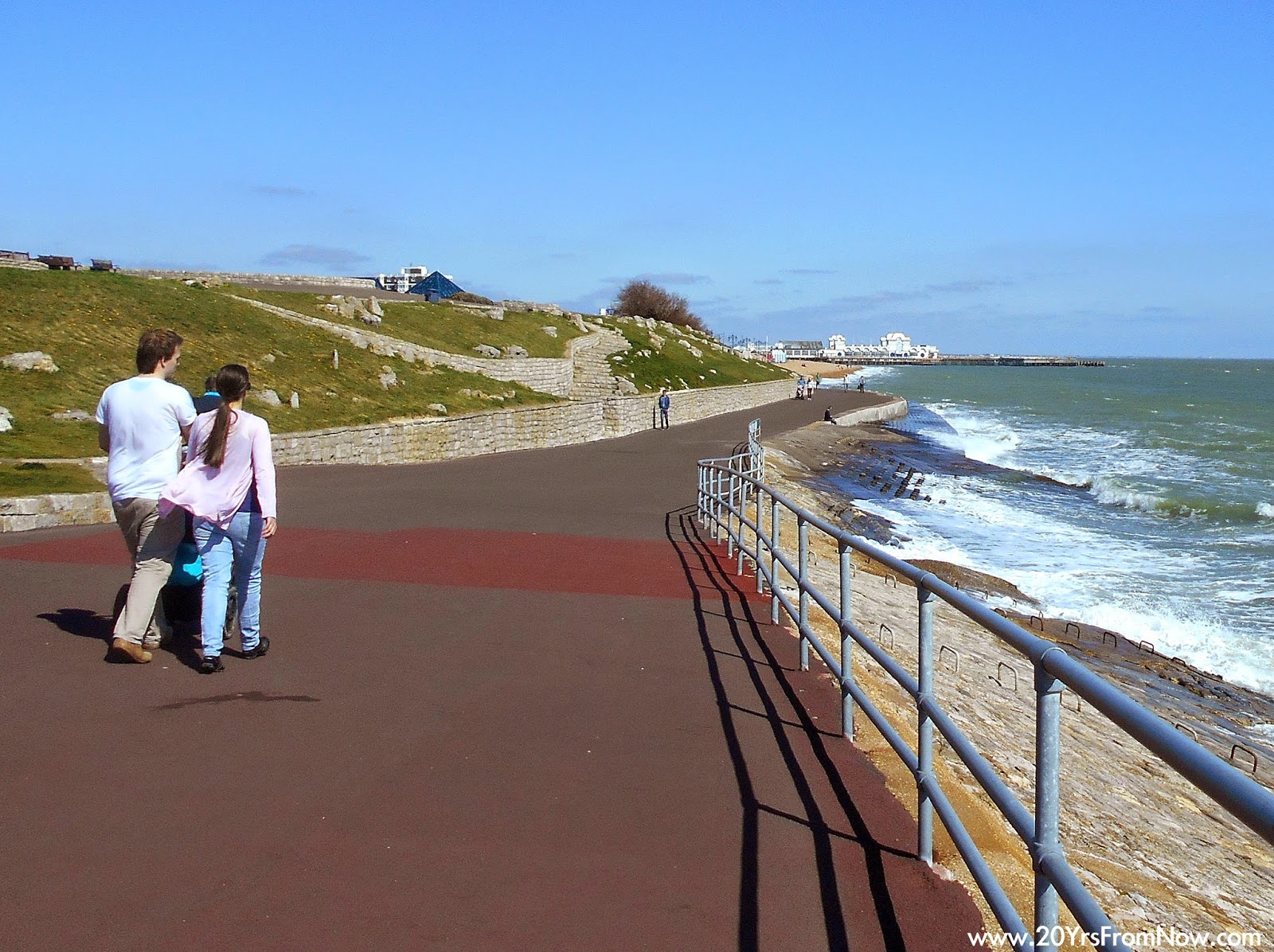 We walked past the hubbub of Clarence Pier amusement park...

...onto Southsea Castle. Built in 1544 it was here Henry VIII watched his flagship the Mary Rose sink. 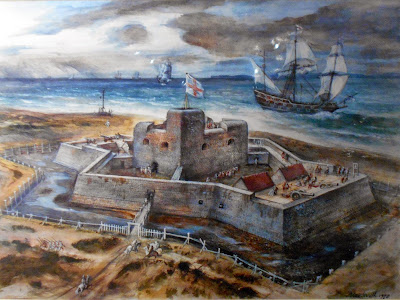 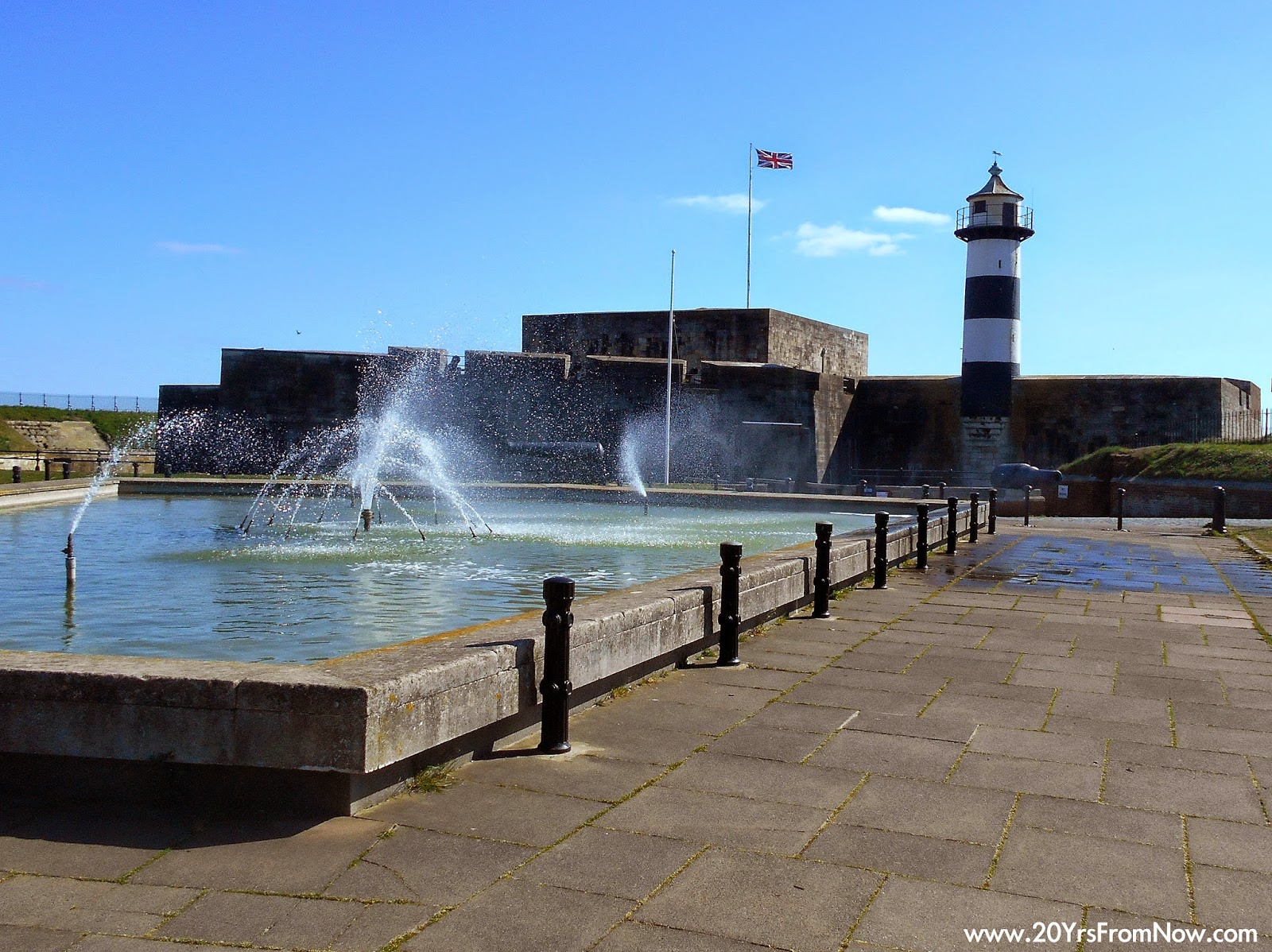 Springtime is a sight to behold in England and these gardens in front of the castle are a testament to its glory. 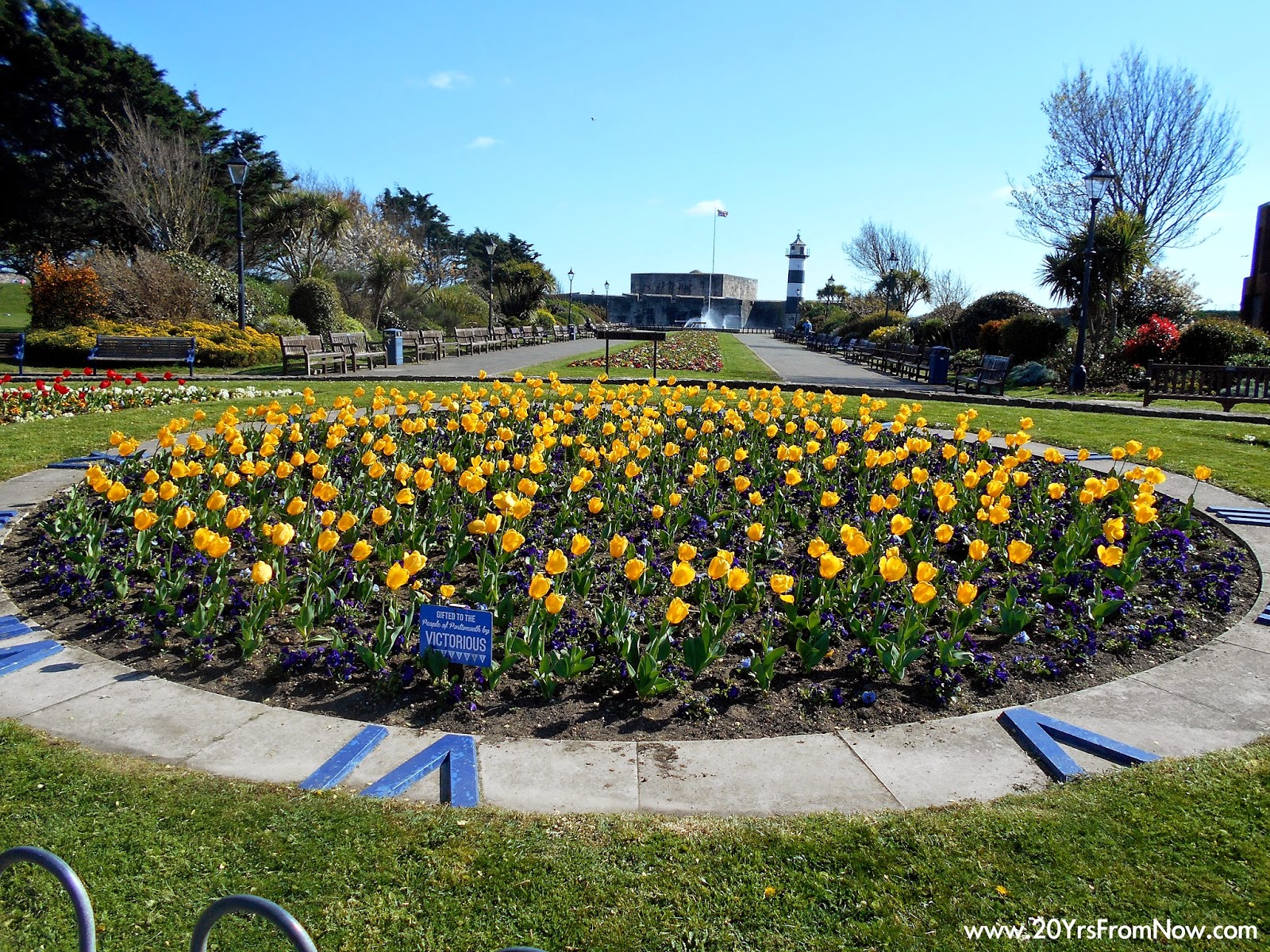 Returning home to our apartment took us through the park that runs the full length of the boardwalk. 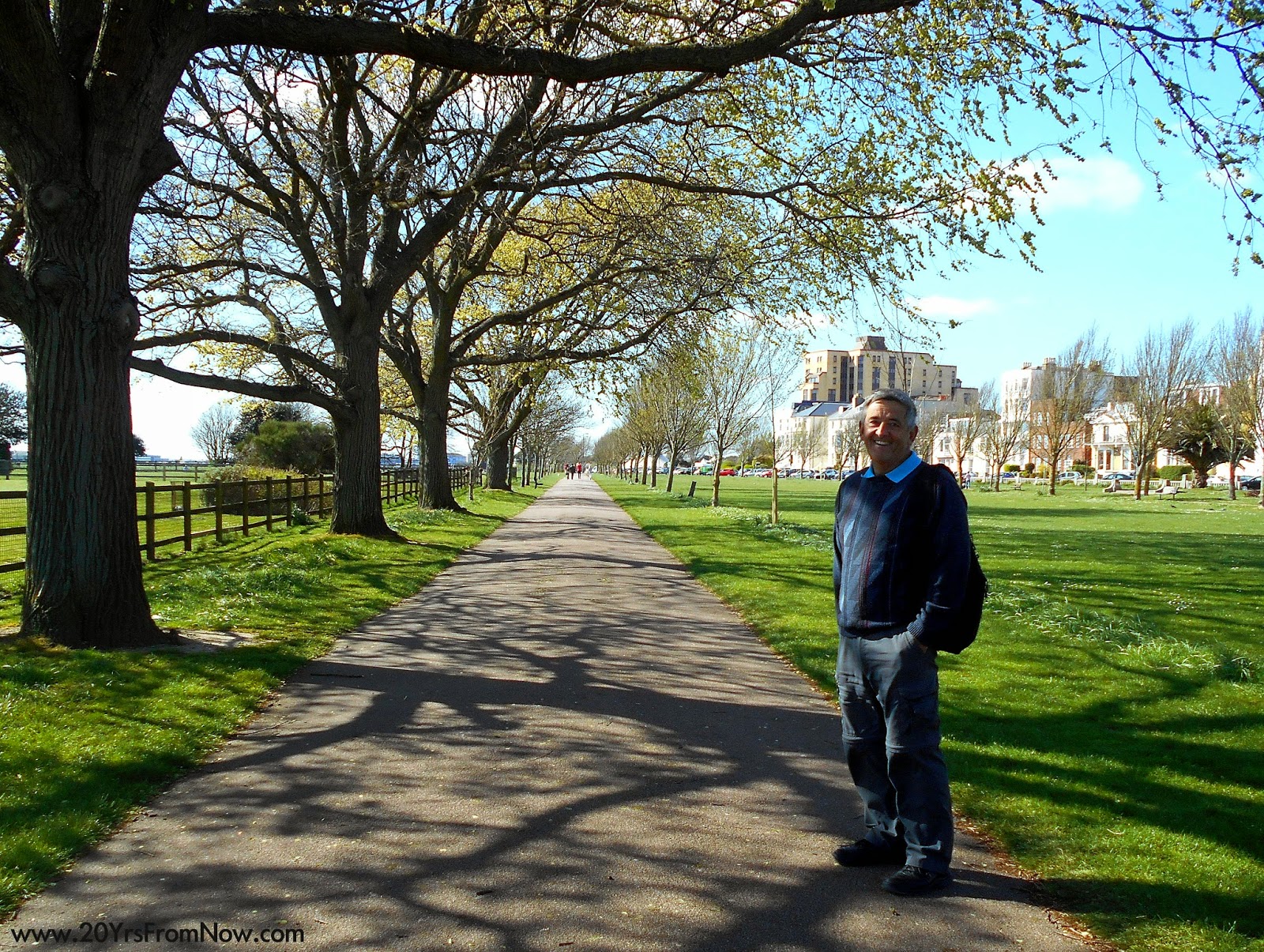 What a wonderful way to spend our last full day in Britain. We can't wait to return.