Today was Armed Forces Day in North Bay and like so many other folks we headed to the shores of Lake Nippissing. 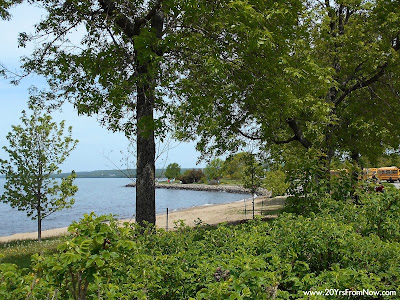 Young and old strolled along the the paved walkway and then found a comfortable place to enjoy the festivities. 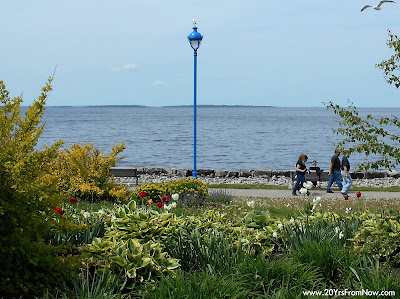 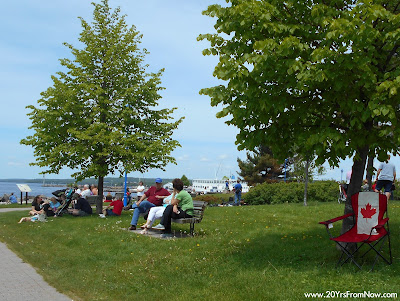 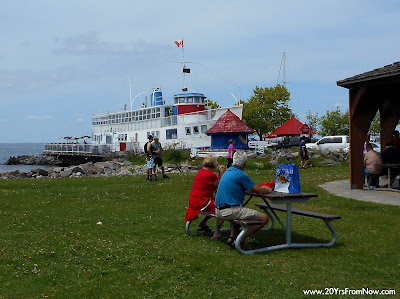 Every kind of armed forces vehicle from tank to helicopter was on display and each allowed a hands-on experience to climb aboard. 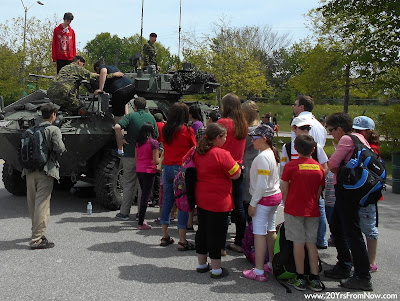 This camouflage canopy would make a great patio or picnic area cover! 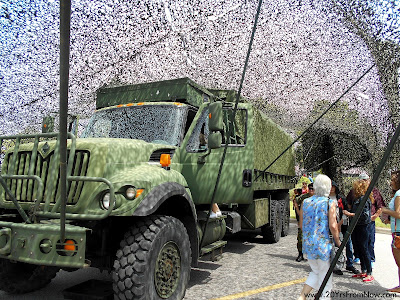 The size of the helicopter surprised both John and I and was a hit with both kids and adults who formed a cue to get inside. 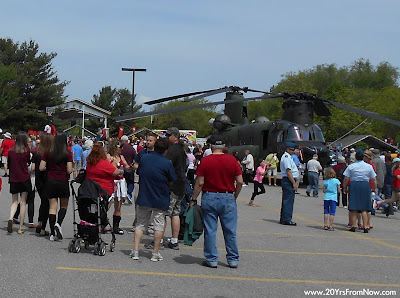 The wait times, however, were well worth it - especially when it involved posing for a photograph. 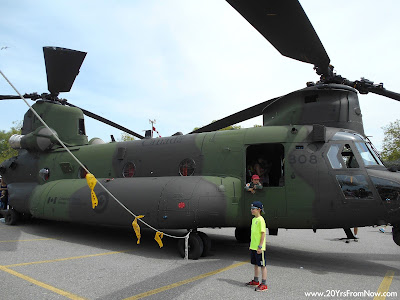 The event also featured a parade. 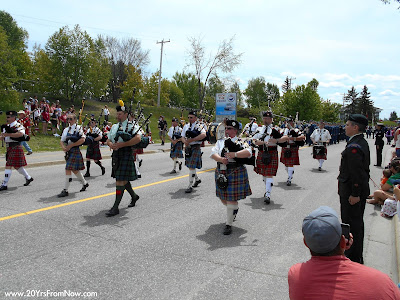 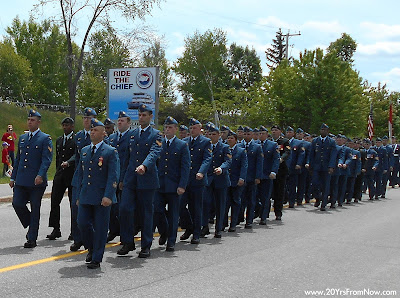 The piece de resistance, however, was a performance by the Canadian Snowbirds. 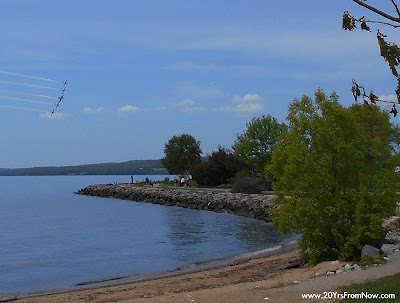 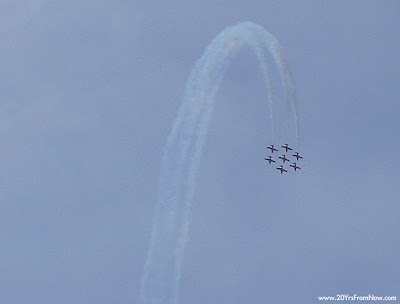 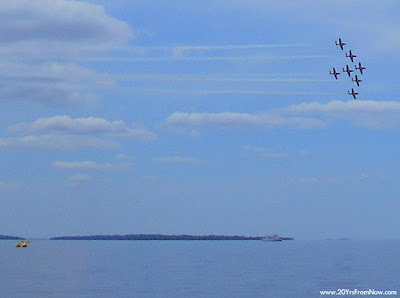 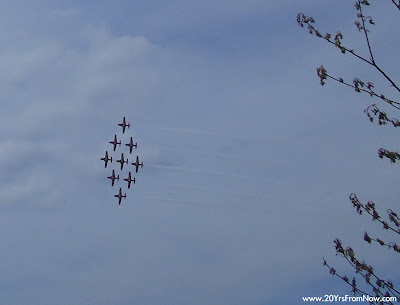 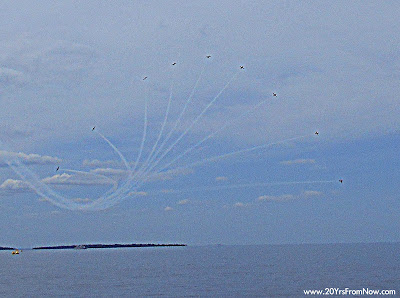 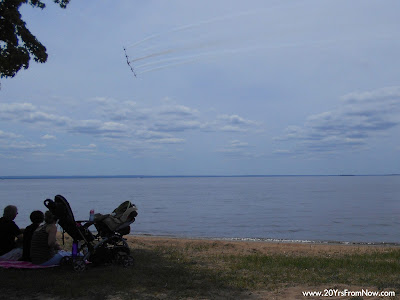 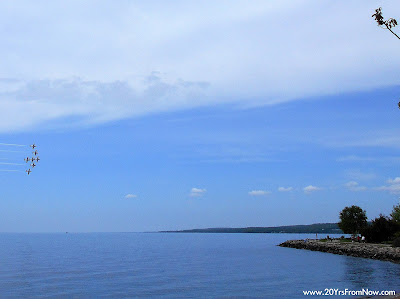 Quite a show by the Snowbirds in one of Ontario's most beautiful towns...and Keegan agrees it was a perfect day. 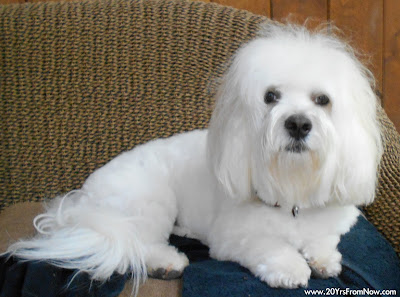