Our first stop in Scotland was Stirling. Situated between Glasgow and Edinburgh this is Robert the Bruce (above) and William "Braveheart" Wallace (below) country. 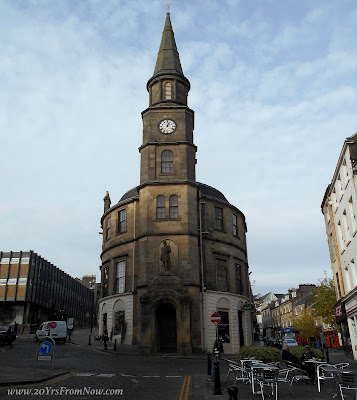 The city (population 90,000) oozes historic charm and our well equipped Airbnb flat (click the link to see the details) was located within a few steps of the city core. Everything we needed was within walking distance, including Mr. Simms Olde Sweet Shoppe. 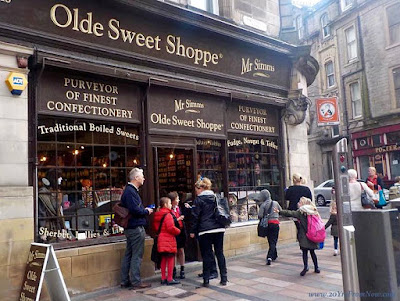 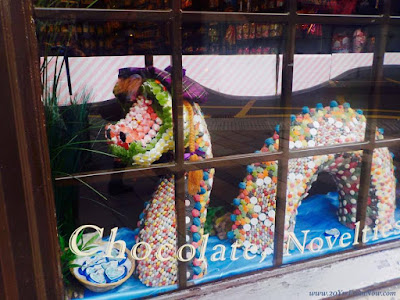 We could easily have stayed a week or longer to fully soak in and appreciate all that Stirling and the surrounding area has to offer, but in two full days we did our best and began with a walkabout. 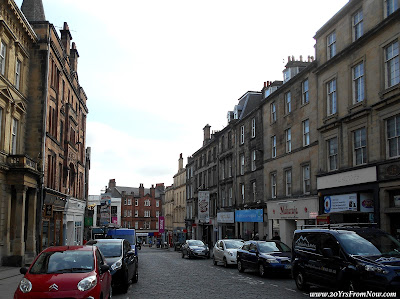 The city is located in a valley and walking in any direction means an uphill climb.  Of course there are plenty of pubs along the way should one require sustenance. (As surprising as this may sound, we did NOT indulge!) 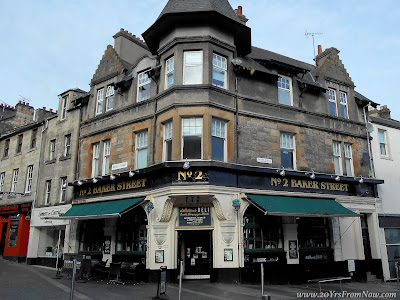 The exterior of the building below, along with the slope of the first floor along the sidewalk, caught my attention. 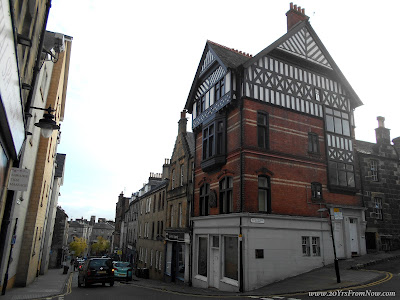 Continuing further up the hill, we stopped in at the Tourist Information building and admired the view back into town. 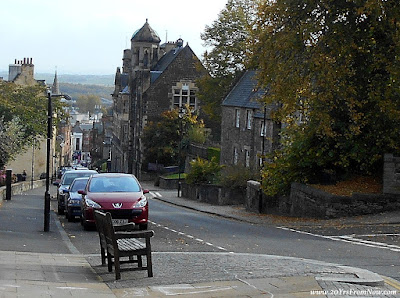 Our next stop was the Church of the Holy Rude (visible to the right of the black vehicle below). 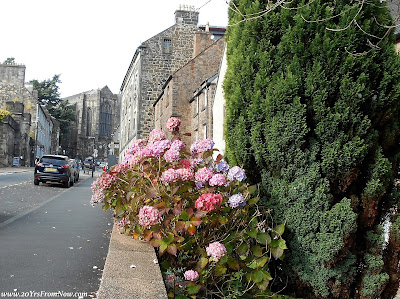 This church is the second oldest building in Stirling (next to the castle) and dates back to 1129. 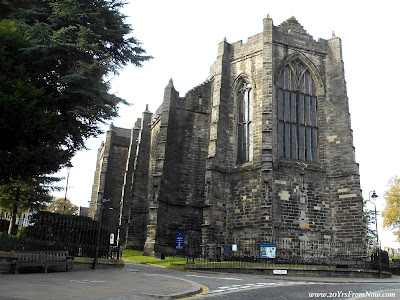 Holy Rude means Holy Cross and this church is reputed to be the only church in the United Kingdom other than Westminster Abbey to have held a coronation. 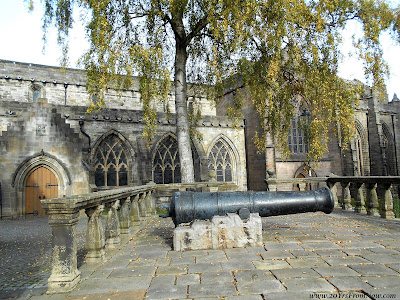 To the left of where the above photo was taken is Cowane's Hospital. Built between 1637 and 1643 at John Cowane's death bed request he made it possible for impoverished pensioners to reside in this almshouse until 1852. 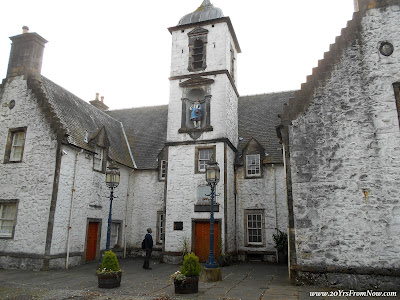 The plaque John's reading states that each New Year's Eve the statue of John Cowane (also known as Auld Staneybreaks) gets down from his perch to dance in the streets with his beloved Stirling inhabitants.  Methinks whisky may be involved and perhaps somewhat responsible for such claims! 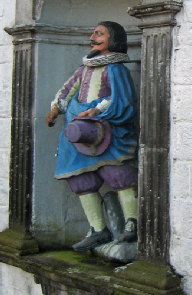 Further up the hip and to the right of the church is the ruins of Mars Wark. Built in 1570 by the Earl of Mar who was the keeper of Stirling Castle, it was damaged by cannon fire and fell into ruin during the 1745-46 Jacobite rebellion. 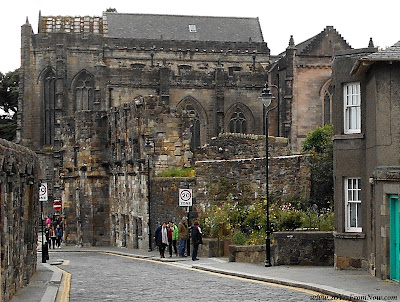 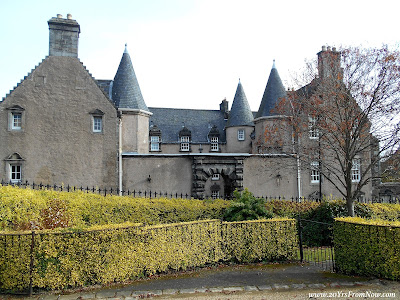 Sir William's shield, shown above the front entrance below, is supported by a mermaid and native American. It also includes the first representation of a beaver in a coat of arms. 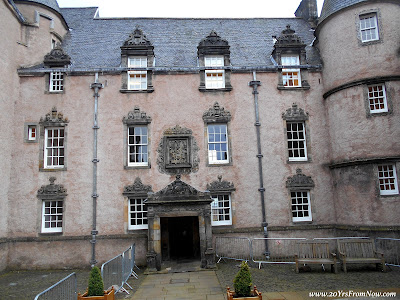 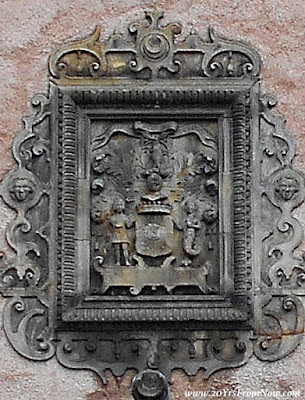 Crossing the street once again and to the rear of the Church of the Holy Rude and Mars Wark is a cemetery with amazing views of Stirling and beyond. 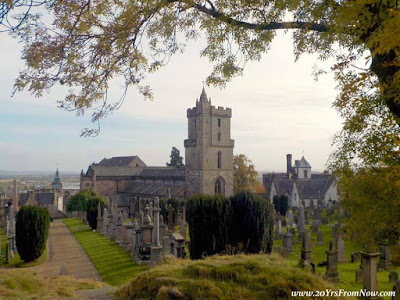 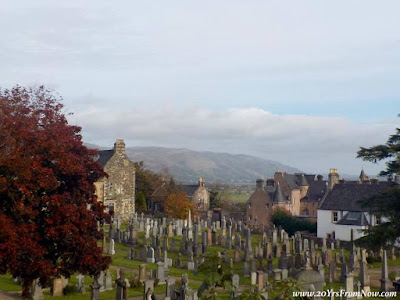 Views that include Stirling Castle - our next stop and subject of our next blog post. Until then, cheers! 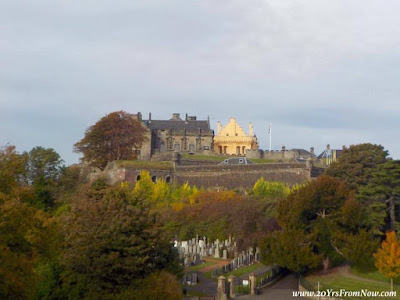