With clear blue skies overhead we decided to venture out of Edinburgh to the seaside village of Cramond. We boarded the double decker bus, grabbed a seat up top and for an hour enjoyed the incredible view as the bus wove its way westward. Then, just five minutes outside of Cramond the fog rolled in. We just gaped at it and then burst out laughing. So much for our day at the beach! Determined to make the best of it, we trudged on and first stop was the Kirk. 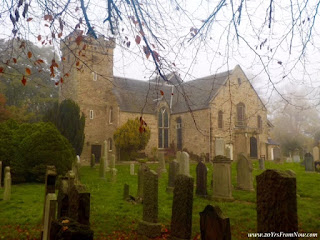 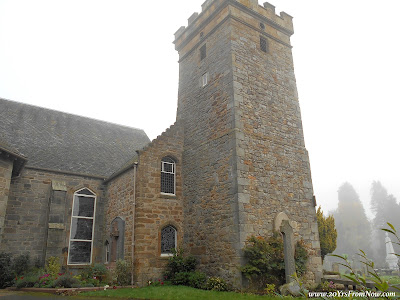 Its origins dates back to the times of the Romans, but on first glance my attention was on the gardens. 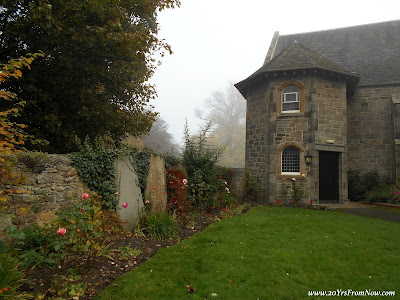 I could get used to seeing roses in November. 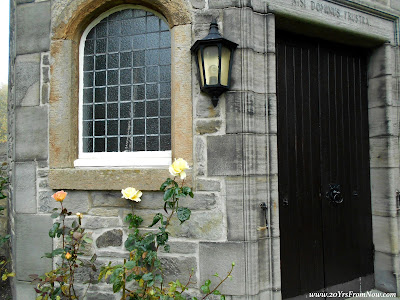 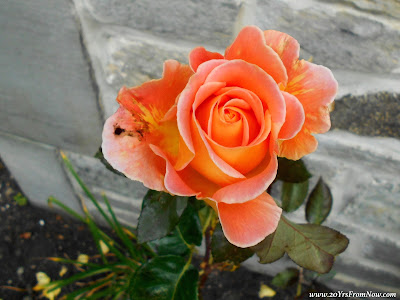 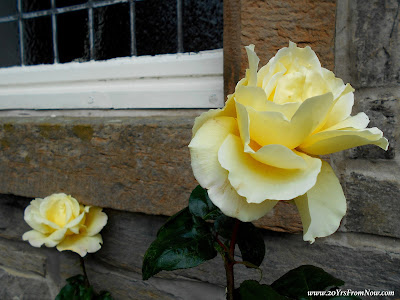 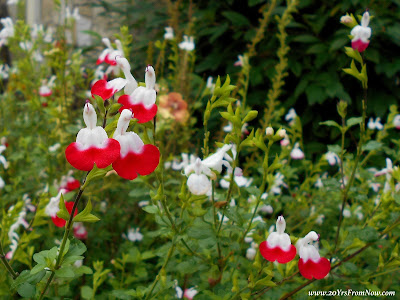 Walking around to the rear of the church were more gardens along with the requisite tomb stones. 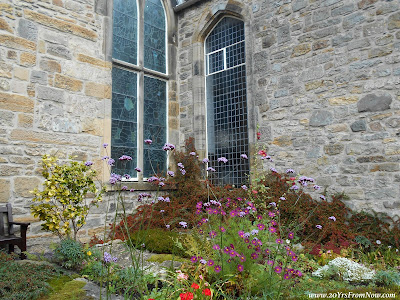 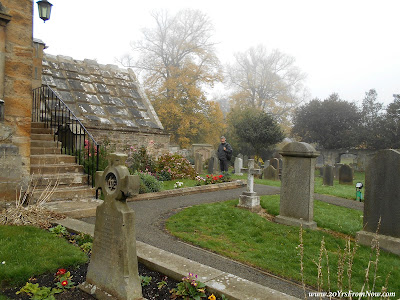 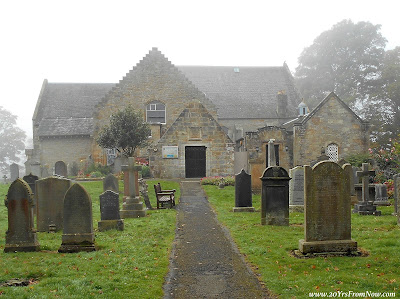 A stone fence surrounds the kirk and the archway adds to the overall atmosphere of a fog ridden day! 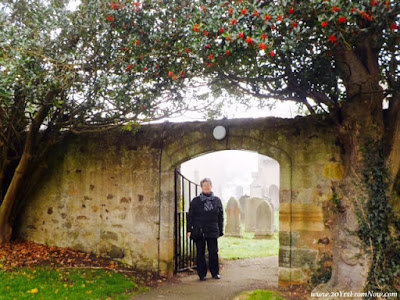 With the kirk at my back the remains of the Roman Fort are in front of me. 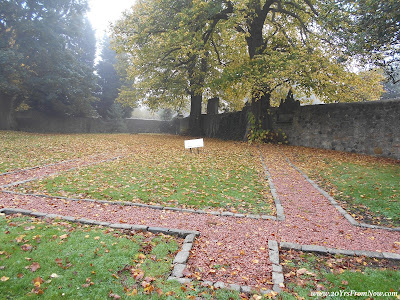 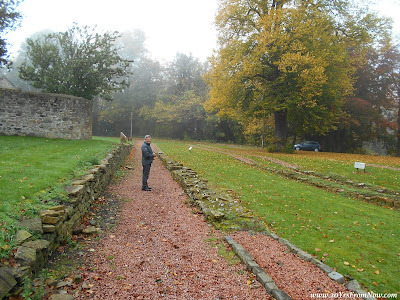 They even run beneath the church's foundation as seen in the photo below. 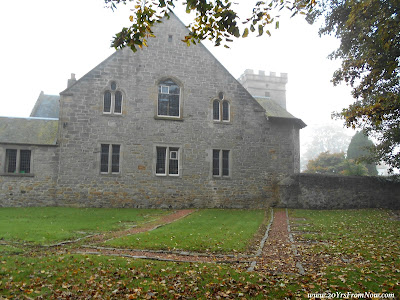 Continuing towards the waterfront we spotted the Cramond Inn and Pub. 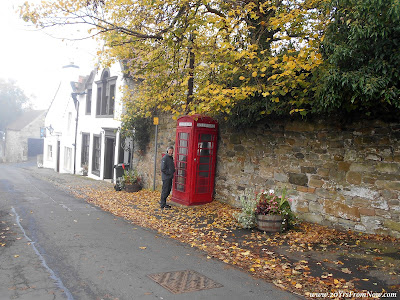 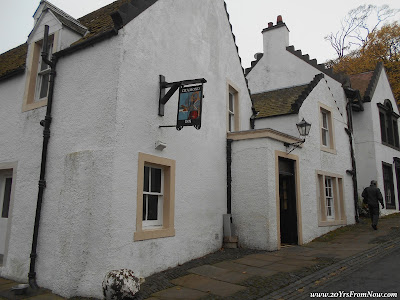 Next stop was the Forth River. At least we were told it was somewhere nearby. We couldn't see it! That didn't seem to stop the locals, however. There were plenty of people walking along the beach and boardwalk. 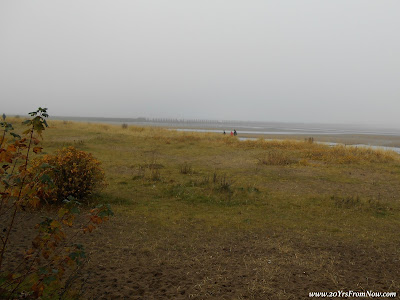 We decided to do the same. 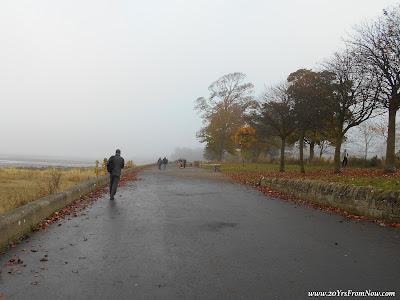 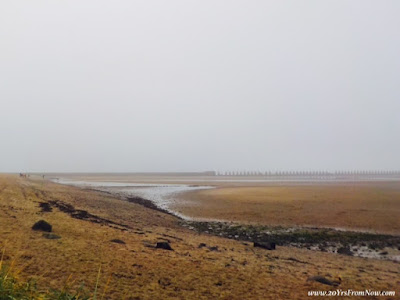 While we could not see Cramond Island we were hopeful we could find the Cramond Fish in the fog - and we did. 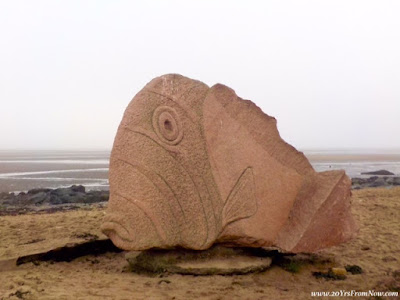 At seven feet high, ten feet long and six feet deep this fish sculpture by Ronald Rae has been a Cramond attraction since 2009. It's carved from a 460 million year old chunk of pink corennie granite. 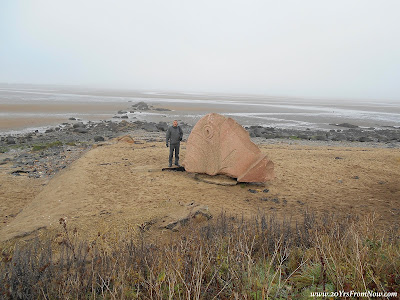 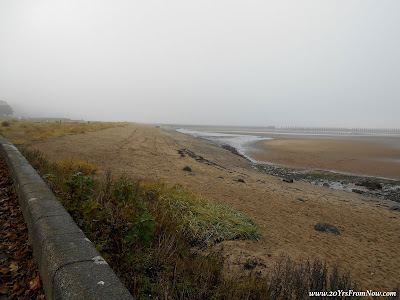 A little while later we sat at a picnic table to eat lunch. It wasn't exactly the warmest of places and the wind gusts and occasional rain drops made one of us a little 'punchy'... 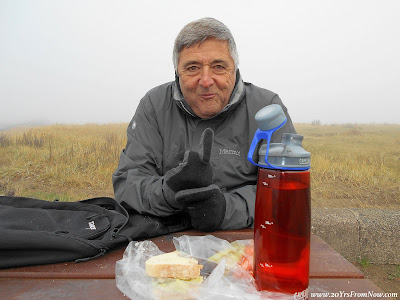 Feeling the need to warm up our next stop was the Cramond Gallery Bistro for a cuppa. 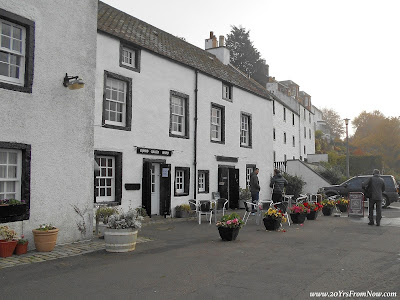 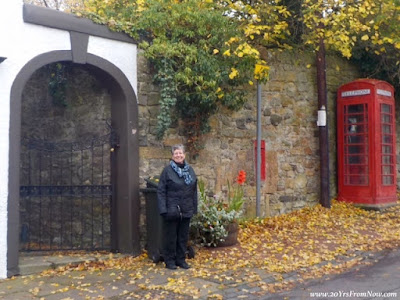 The walk back to the main road was uphill and five minutes after we boarded the bus for home the fog lifted and the sun shone. Too funny, but it certainly makes for a great story - and isn't that what travelling's all about?!