Fairfax House is a Georgian delight with an eighteenth centre furniture collection that is in a word impressive. 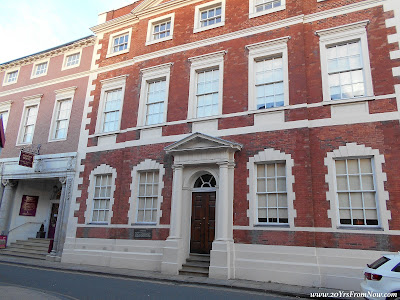 What's interesting is that this home is still standing. We were told by volunteers that it was a battle to convince the powers that be that Fairfax House was worth saving. We're grateful for their dedication and insight as it was one of the highlights of our weeklong stay in York. 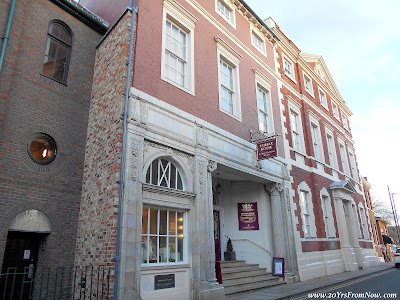 The entrance is actually next door via what is now the gift shop and each room of the home is a time capsule of what life for the well to do was like during the Georgian era. It was built in 1762 to be the winter residence of Viscount Fairfax and eventually part of Anna Fairfax's dowry, but after her father's death she sold it and returned to their ancestral home, Gilling Castle, 30km north of York.

The collection of furniture and clocks was bequeathed to the York Civic Trust by Noel Terry whose great grandfather founded the Terry confectionary business (think chocolate orange) in York.

This time last year the York Art Gallery was closed for renovations. Having the opportunity to see it this time around was a given. 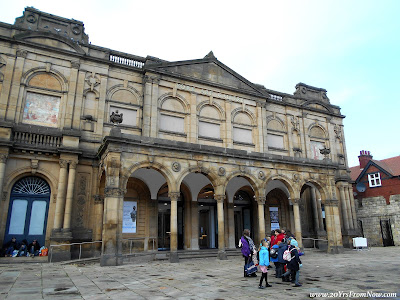 The gallery is across the street from Bootham Bar. 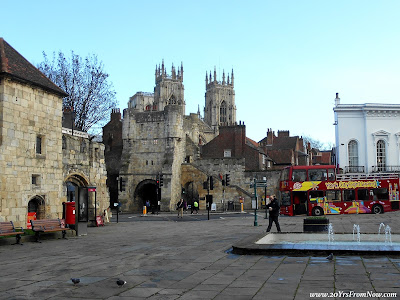 Continuing leftward is this wall with replications of the art found inside the gallery. 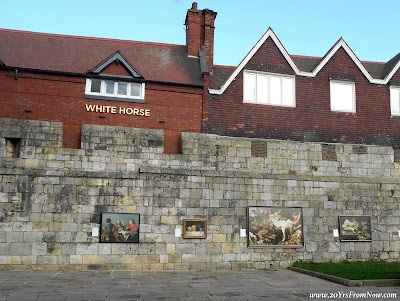 My personal favourite is the 14th century Italian collection. 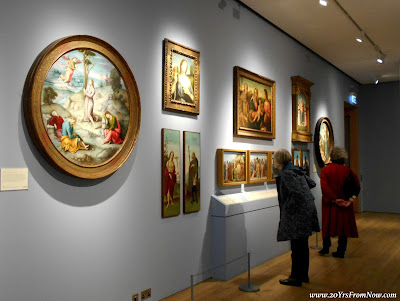 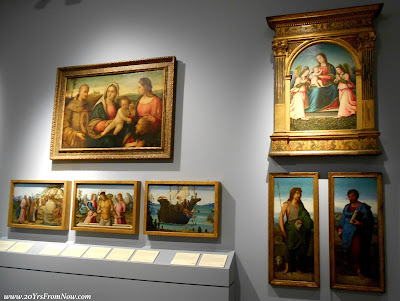 The upper level is dedicated to the Centre of Ceramic Art. The spacious room houses 10,000 pieces of ceramics, but I found the display more overwhelming than inspiring. 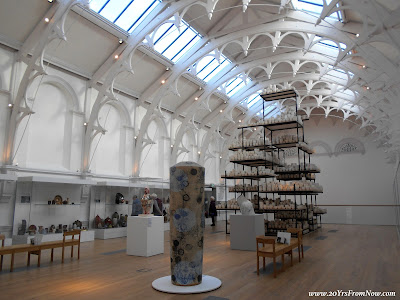 However, certain exhibits did have a more comforting, natural feel that made it much easier to appreciate the pieces on display. 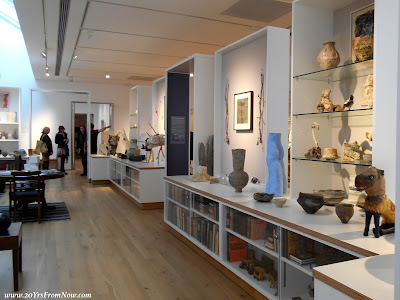 While we did our best not to repeat last year's visit we couldn't help ourselves when it came to Ye Olde Starre Inne. This pub is believed to be the oldest licensed premises in York and the sign below gives the date as 1644. 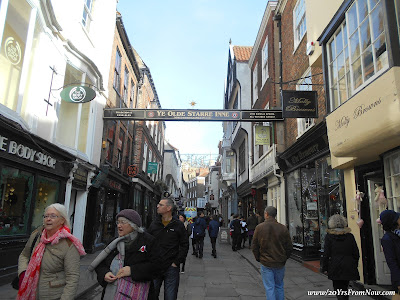 We chose a table with a view. 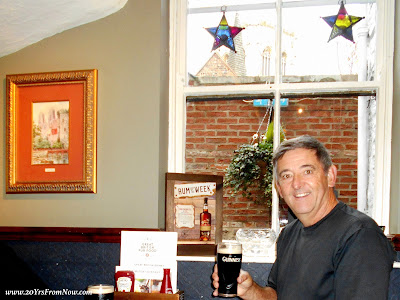 This is what John saw - York Minster via the outdoor tables of Ye Olde Starre Inne. 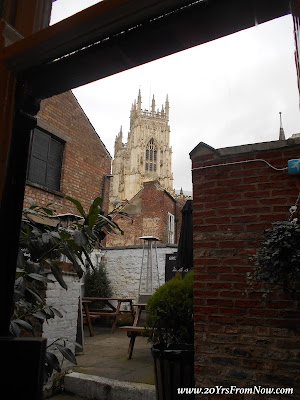 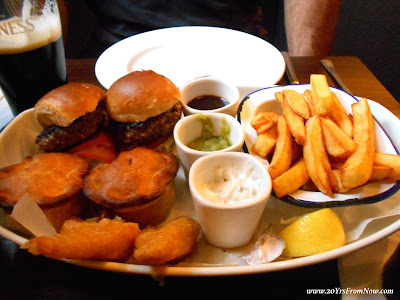 Another highlight was our discovery of the Micklegate Holy Trinity Church just a short walk from our flat. This medieval church was founded prior to the Norman invasion of 1066 and is listed in the Domesday Book as one of the five great northern churches. 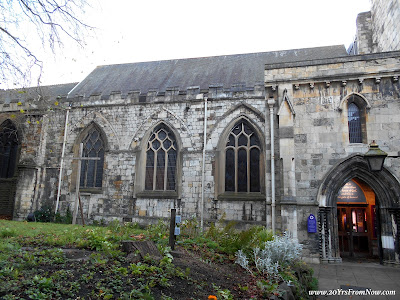 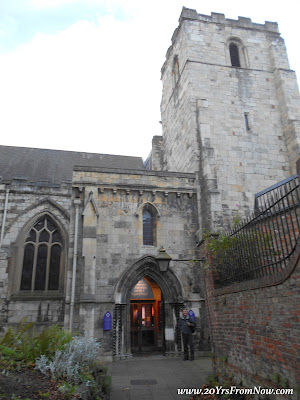 The interior is small and dark in comparison to York Minster's regal gothic space and yet it felt much more like a church should feel like to me. It was both inviting and soothing to the soul. One feature I particularly liked was the single male voice singing a Gregorian chant. I could have stayed and listened for hours. 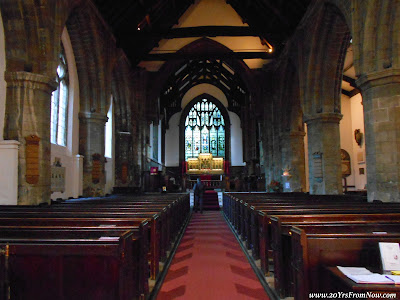 Holy Trinity was a priory and not far is Jacob's Well a beautiful and historic medieval house dating back to the fifteenth century. It was almost dark when we walked by and I'm grateful John pointed it out to me. The woodwork around the door is a work of art. 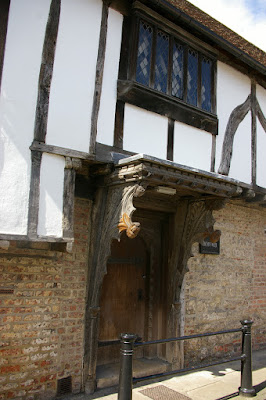 Our time in York passed quickly and we've many wonderful memories. Last but not least was venturing inside Brigantes Tavern. 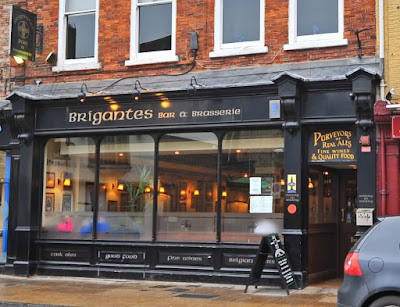 We'd heard they served "craft ales and comfort food" and that was all it took for us to seek it out and we're glad we did. 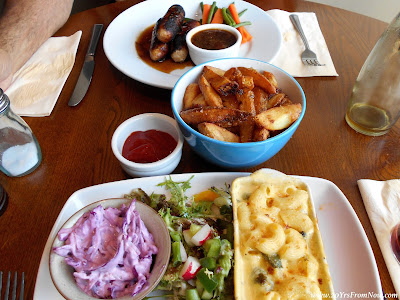 During the week we also strolled through the Shambles, the outdoor market, visited the Roman Bath Pub for a Guinness and savoured all there is to do and see in York. The selfie below, taken outside our flat at Emperors Wharf, sums up how much fun we had. If you ever find yourself in York we're pretty certain you'll be smiling too! 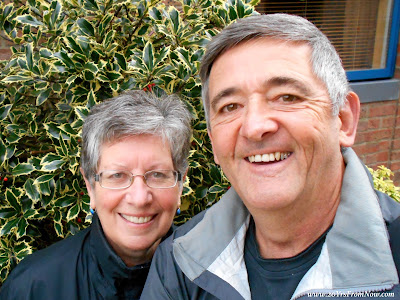