The Scots had their own Parliament until the 1707 Act of Union when London took responsibility for legislation in Scotland. Then, in a 1997 referendum the majority of the Scottish public voted in favour of a Scottish Parliament. The new Parliament Building, designed by Spanish architect Enric Miralles, is directly across from Holyroodhouse Palace and strikingly modern and yet reminiscent of ancient times in appearance. 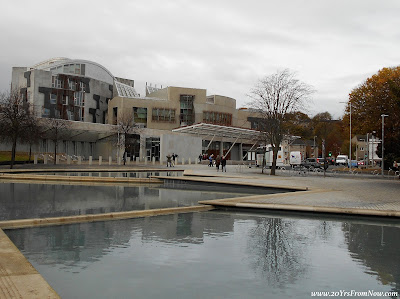 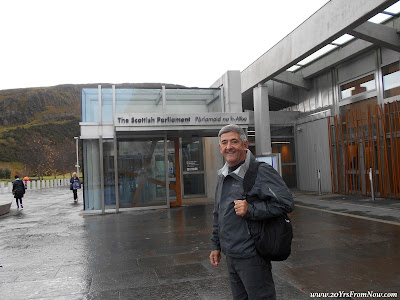 Its design is based on the surrounding area, the flower paintings by Charles Rennie Mackintosh and upturned boats at the seaside that are best viewed from an aerial view. 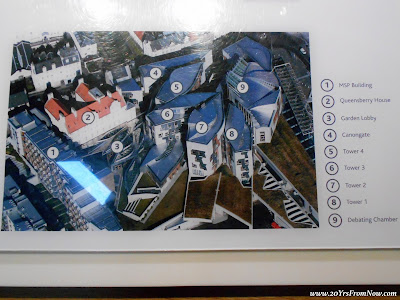 However, some of those elements are also visible from street level. 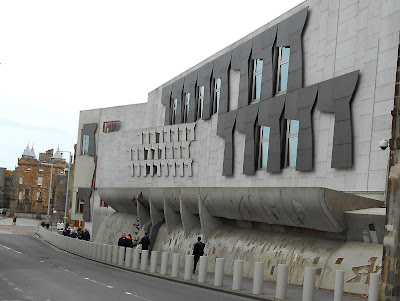 For as long as I've known John he's had a 'thing' for poetry. This may be a bit of a stretch, but I suspect it's in his DNA. The Scots have a high regard for their poets and authors as shown on the exterior of the new parliament building. Scattered here and there on the lower level are various Scottish poems or quotes. 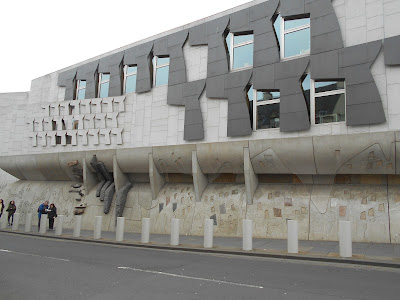 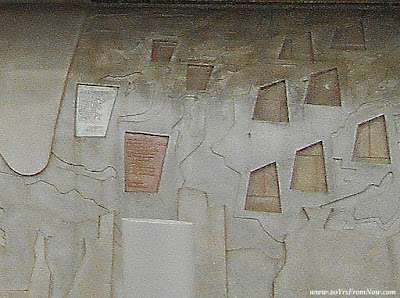 Moving inside the building it appears cavernous. 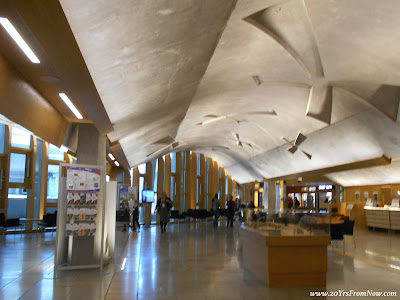 The hands on exhibits explore the very beginnings of Scottish parliament in the 9th century to the present day. 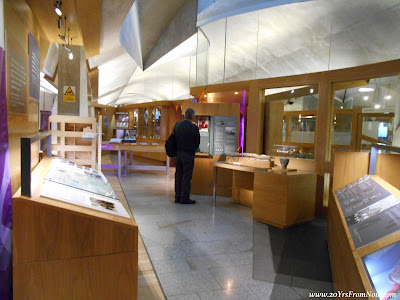 The piece de resistance is the Debating room. Its ceiling is based on an upturned boat. 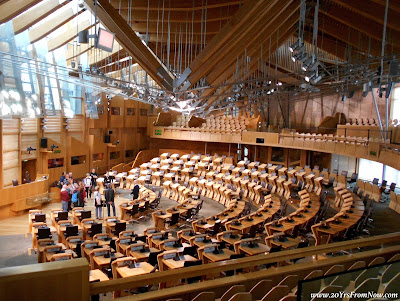 Outside is a place to secure your bicycle. Each post varies in design, size and shape and is as imaginative in design as the parliament buildings. 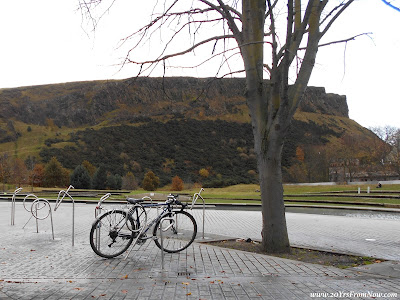 South of the bicycle area and parliament buildings is Dynamic Earth. 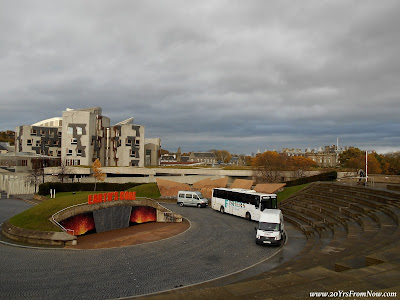 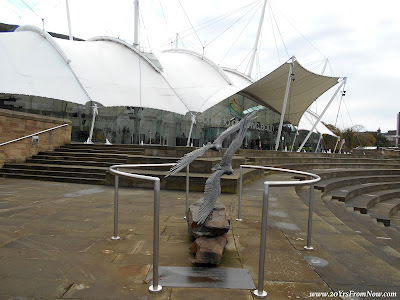 With Arthur's Seat as a backdrop it's an impressive sight. 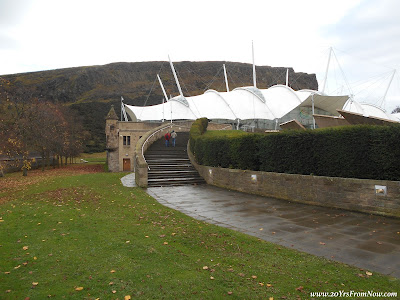 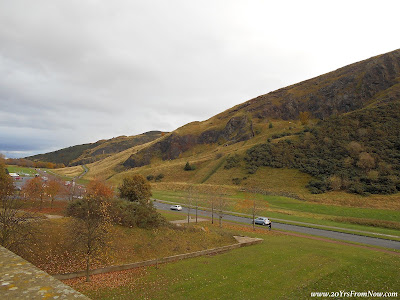 Midway through the afternoon the sun shone brilliantly on the Parliament Buildings (left) and Holyroodhouse Palace (to the right) while dark clouds swept in from the north and made a perfect day in Edinburgh all the more memorable. Any wonder Edinburgh has been voted "the best big UK city to live in" for 2015
. 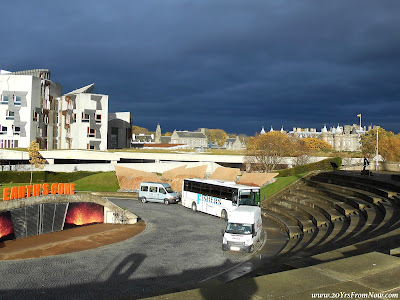 Btw, we've finished our housesit and are so very pleased with our homeowner's evaluation of our services on Trustedhousesitters.com. It was a pleasure to meet Angela and take care of Charlie and Leo. Thank you for the memories!