We visited Chester during the last week of November when its Christmas Market was in full swing and the city abuzz with shoppers. Gifts and deciding what to get whom, however, paled in comparison to Chester's architecture. It literally took our breath away. 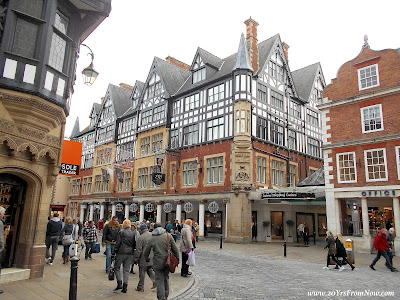 During our first day we hopped on a vintage double decker bus tour run by Chester Heritage Tours.  It was rather chilly with strong wind gusts that morning and John suggested we sit in the lower cab. I insisted we sit up top to get a 'proper' view of the city. 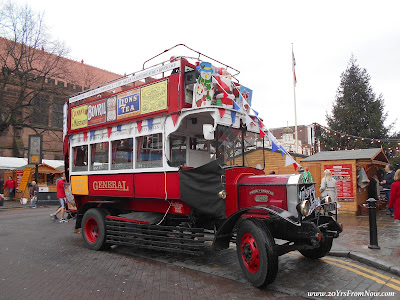 We saw all of the major attractions and learned a little local history as well including the rivalry between the English and the Welsh. For instance did you know that all the clock towers in Chester have clocks facing in three directions, but none towards Wales? (I checked. It's true.) 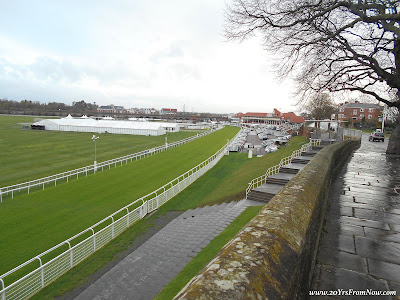 Our primary reason to visit Chester, however, was its Tudor style architecture and it certainly impressed.  Even the white areas are often quite detailed in their design. 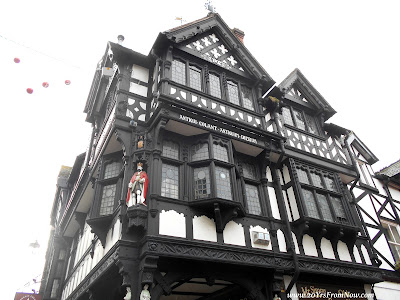 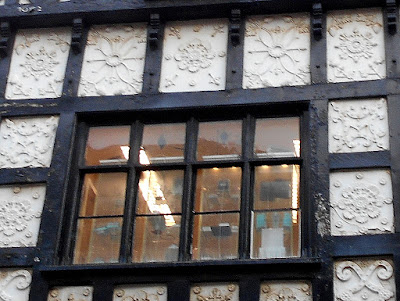 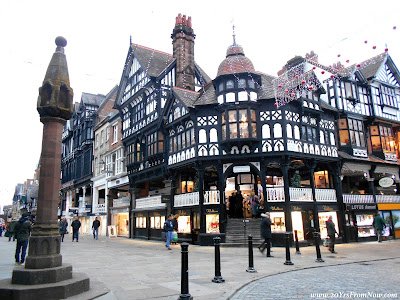 Unique to Chester is the Rows. a covered medieval promenade that offers shoppers a look see into what's for sale in the shops on the upper level. 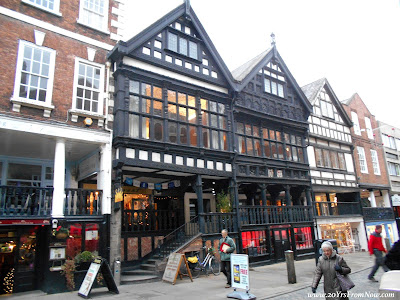 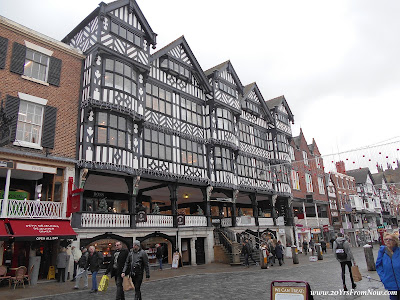 Chester also has its own Roman wall. We thought it as impressive as York's and because it is enclosed on both sides less intimidating. Can you imagine floating past the wall in a canal boat? (Far left on the river.) What a lovely way to see the city! 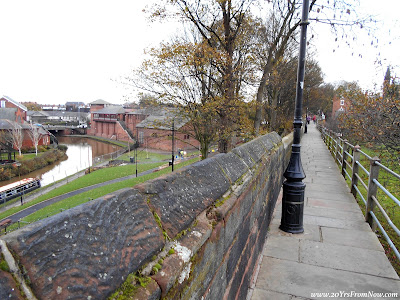 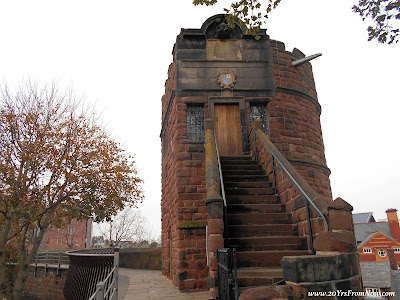 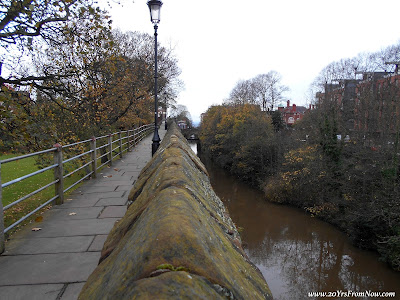 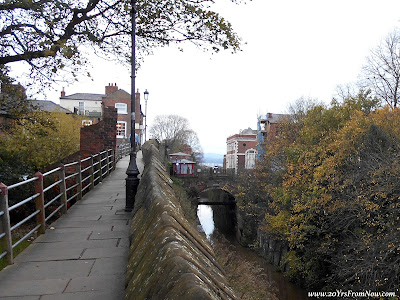 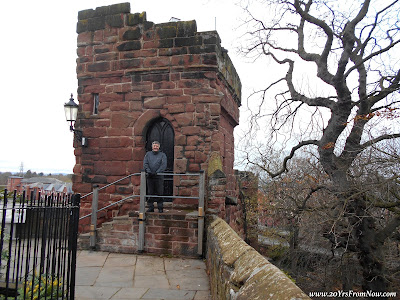 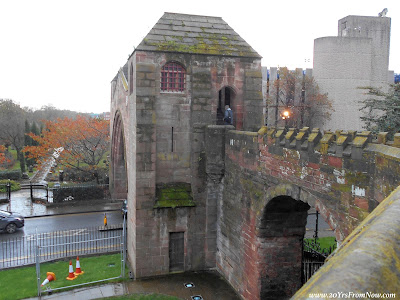 Atop the wall is the EastGate Clock that dominates the downtown streets. 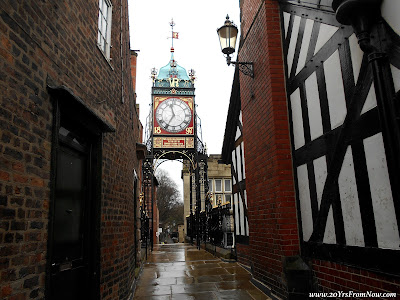 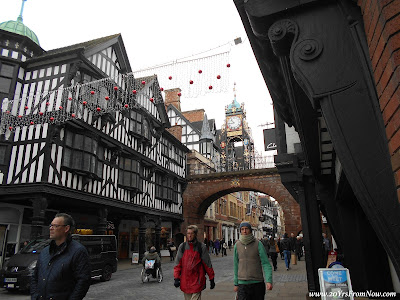 My favourite view from the wall, however, was the Roman remains such as the amphitheatre and gardens. 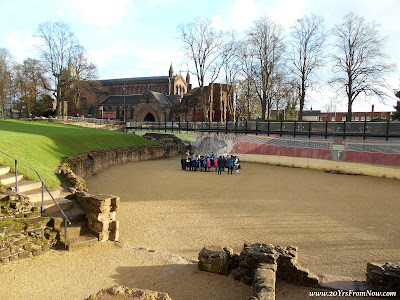 Better still, the area is the destination of many school visits and it was a joy to see children dressed up as Roman soldiers as they soaked in this city's amazing history. 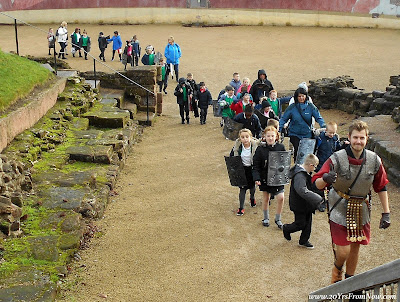 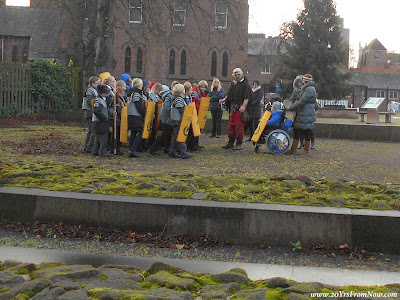 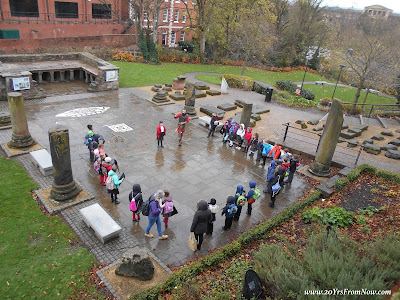 Just beyond the amphitheatre is the Church of St. John the Baptist. It doesn't appear to be all that impressive on the outside, but a painting on one of the interior columns made it all worthwhile. 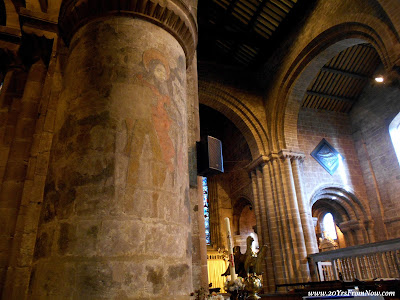 Alongside it is the site of the remains of the original church. 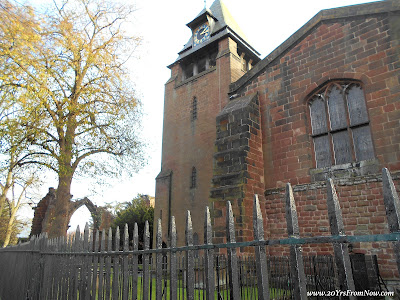 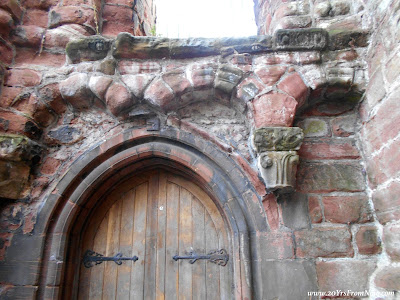 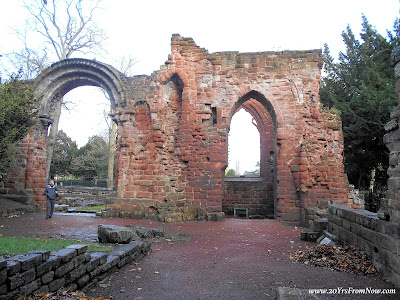 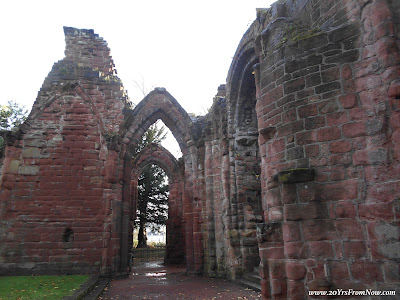 There is so much to see and do in Chester that a single post could never do it justice. Part two will include our visit to the Cathedral and Grosvenor Museum.