On the drive from Murrisk to Spiddal we were unusually silent if only because we'd never seen so many rocks or barren landscape in our lives. Think Sudbury, Ontario before reforestation only intensified ten or twentyfold. It was truly other worldly. We could not fathom how anyone could make a living let alone survive in this harsh environment. 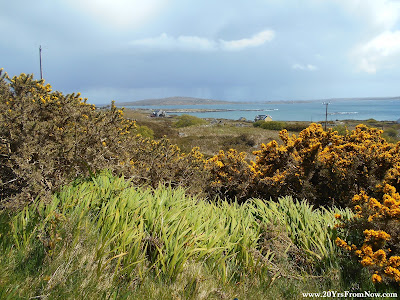 Another surprise was that few of the homes looked older than a decade at most which finally made sense considering the Connaught has become a more affordable holiday destination than Dingle or the Ring of Kerry. (Both of which are within a day's drive.) 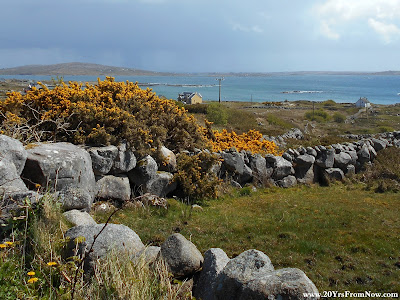 This was one of the older residences we saw. 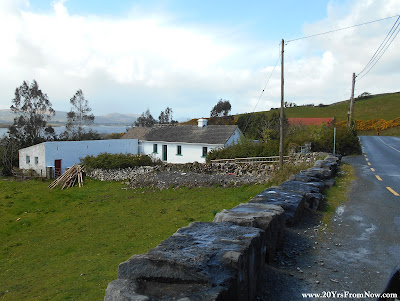 In this region of Ireland the majority of road signs are an Gaeltacht (in Irish Gaelic). Our b&b hosts spoke the language, as did many others we encountered, although everyone will converse in English. 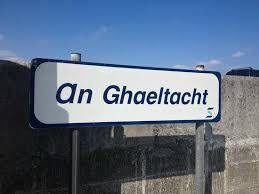 Our second b&b was perhaps more typical of what visitors expect when visiting Ireland. Cloch na Scith began primarily as a cottage rental, but just recently made the move to include the bed and breakfast option and we're certainly glad of the decision. The main office is in this separate thatched cottage and our room was in an addition at the back. 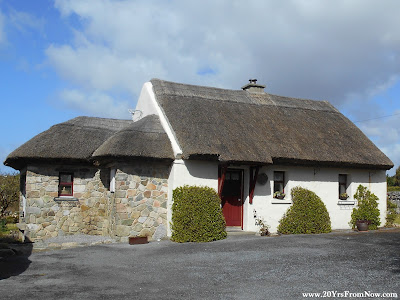 We spent a few hours in this comfortable lounge complete with a peat fireplace. The subtle earthy aroma is one of our most treasured memories of Ireland. 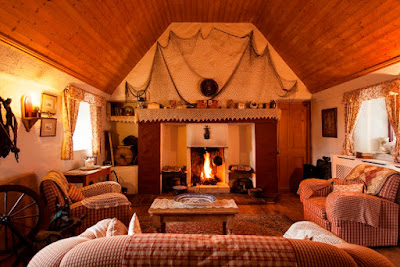 The cozy dining room is opposite the fireplace and guests can make a cup of tea or coffee whenever the mood struck. 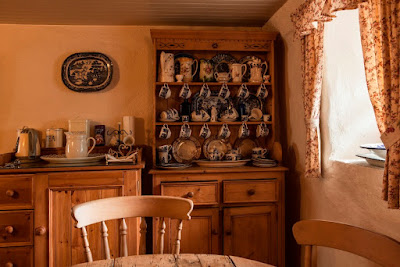 Not far from Cloch na Scith is a grouping of maybe ten or twelve cottages that serve as individual shops selling everything from handwoven items to pottery, handblown glass and bespoke silver jewellery. 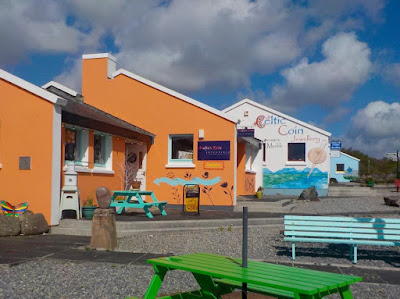 Due to our self-imposed carry-on luggage restrictions I'm rarely tempted to make a purchase, but could not resist this lovely handwoven felted broach (about 4"x4"). 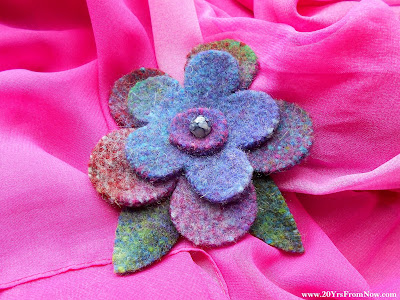 Leaving Spiddal for the Cliff Coast we travelled via Galway along the coastal highway past The Burren. Burren comes from the Irish word boireann meaning rocky place and it could not have been more apt. 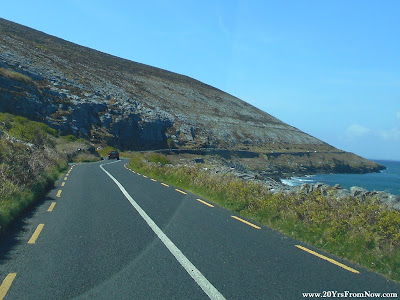 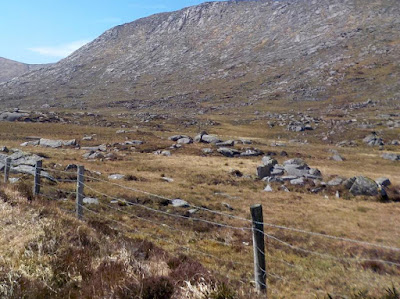 A few miles further is Dunguaire Castle built in 1520 by the Hynes Clan who were a prominent family in the area since 662. In the 17th century it was passed onto the Martyn clan of Galway who remained until 1924. Surgeon and writer Oliver St. John Gogarty bought and restored the castle in the mid 1920s and created a meeting place for literary greats like George Bernard Shaw and W.B. Yeats. 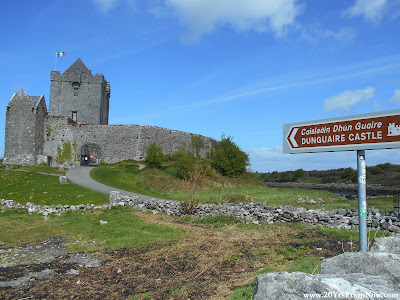 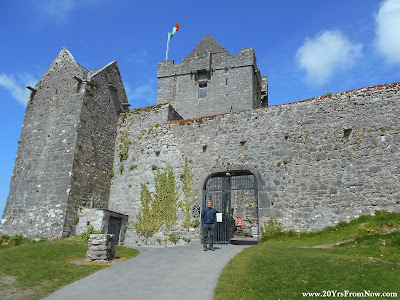 Arriving in Doolin we stayed overnight at the Seascape B&B. The hostess is a lovely lady originally from New York State who travelled to Dublin 18 years ago and never left. She and her Irish husband made us feel welcome and the smoked salmon breakfast was to die for!


We had no idea when we stumbled upon Doolin this village of 500 residents is renowned as a centre for traditional music. 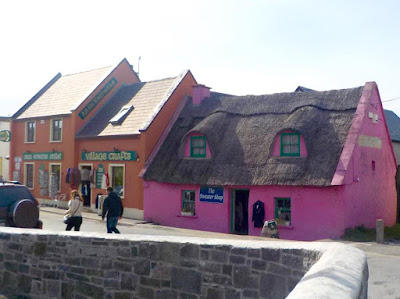 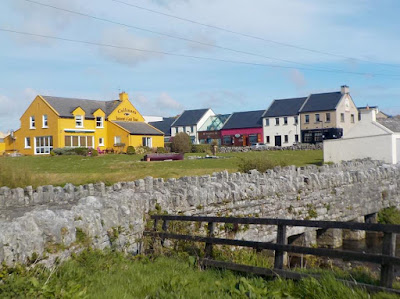 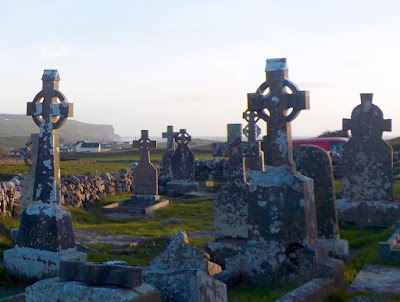 There are four pubs in Doolin and each features live music nightly. We opted for McGann's Pub and it was standing room only. It felt as if the entire 500 residents had congregated there! 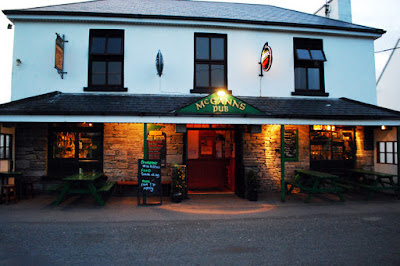 While we could hear the music we couldn't actually see the musicians (did I mention it was standing room only?) although to be fair this was mainly because the pub is a maze of small connecting rooms, but the music got toes and fingers tapping and was a wonderful experience made all the more memorable by the people we met that night at the bar. This Youtube video was filmed inside McGanns Pub a few months earlier and is quite similar to our evening's entertainment. (https://youtu.be/O5GuW8yDaG8).