The Cliffs of Moher were on our bucket list long before we learned they're the most visited natural attraction in Ireland. As impressive as the cliffs are, the visitors centre is also noteworthy. Built into the terrain one can easily spend an hour exploring the displays in this multi-level building. The glassed arch is a feature of the restaurant.

The shops to the right of the visitors centre adds to the rather hobbit-like details. 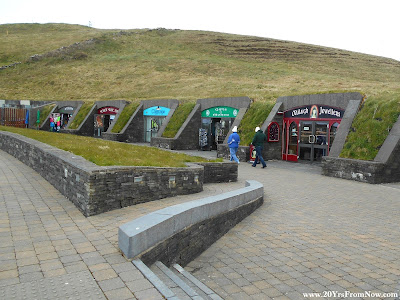 Walking from the visitors centre to see the cliffs is quite a hike. 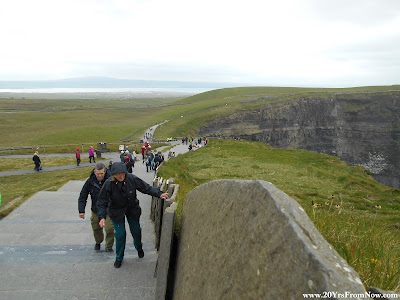 But the view is worth every step. 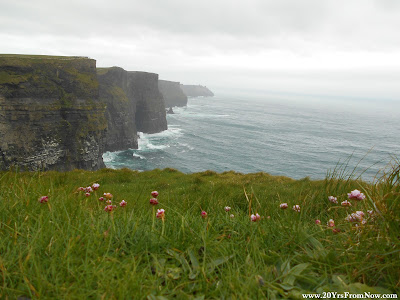 Dotted along the stairway are traditional performers. Besides being very talented they were also quite hardy to brave the elements - note the fingerless gloves. 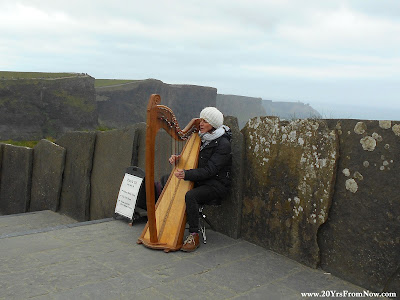 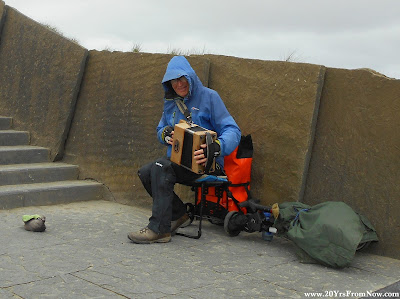 O'Brien's Tower sits at the top of the cliff. Built in 1835 by Cornelius O'Brien who was ahead of his time in that he believed in the "build it and they shall come" theory. 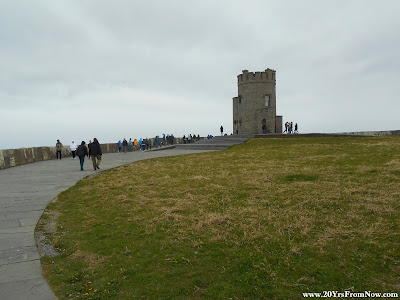 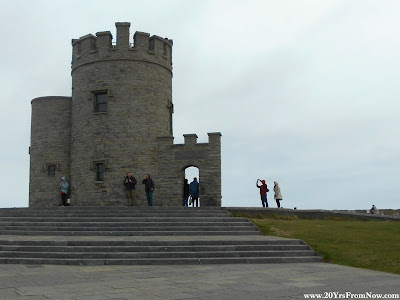 Looking to the right of the tower seemed the perfect place for a selfie. 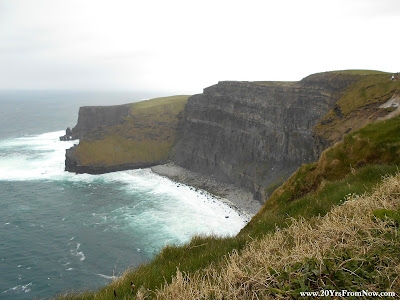 A little wind blown, but given the inclement weather not all that bad! 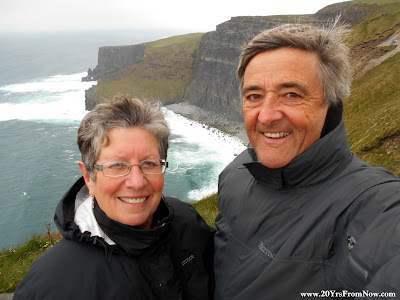 From the Cliffs we continued south toward the Dingle Peninsula and at one point turned left when we should have gone right. As it was late in the day we stopped in Annascaul at the Ardrinane House B&B and that one decision turned out to be serendipitous. 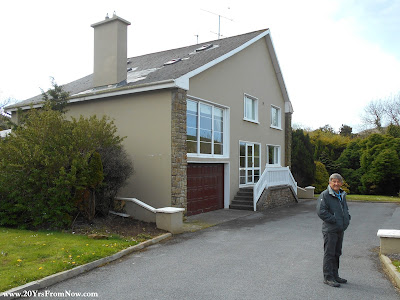 Our B&B host recommended the South Pole Inn pub directly across the road for our evening meal. Originally owned by Tom Crean who was born in Annascaul, he participated in three expeditions to Antarctica with Shackleton and Scott and is now considered a hometown hero. When Crean returned to Annascaul he opened the pub and filled it with his personal memorabilia. Today it is mecca for Antarctica buffs. 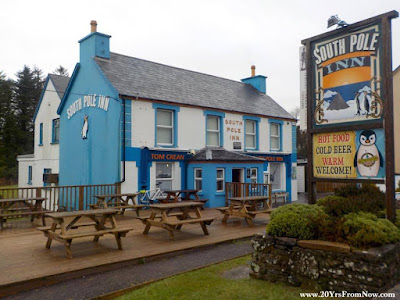 The interior also includes a 'window to Antarctica' (top right). Pull it open and listen to the deafening roar of an Antarctic storm. The recording was a gift of scientists working at the south pole to the present owner.
It sent chills up and down my spine and reminded me far too much of winter. Burr! But I warmed up when dinner arrived. John opted for a burger while I had fish and chips. All in all another great day in Ireland. 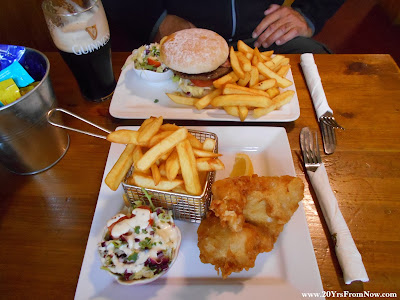