Two days before our return to Canada on May 31 we toured Cambridge, England both on foot and via a punt on the River Cam. One of the most photographed facades in the city is King's College founded in 1441 by Henry VI (1421-71). 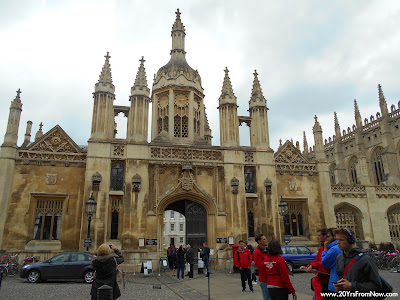 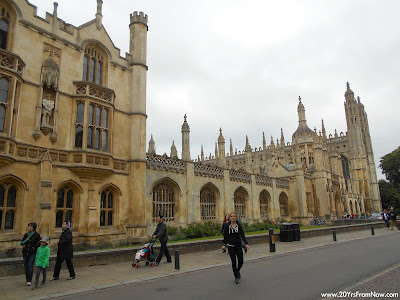 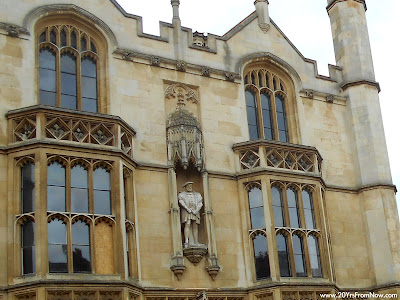 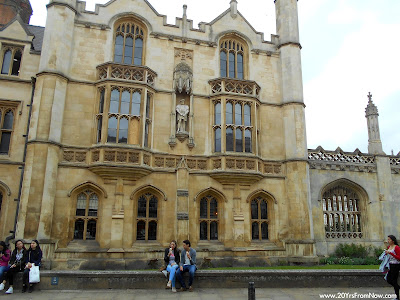 We'd hoped to tour the King's College gothic chapel (below) and savour the largest fan vault ceiling in the world, but it was closed due to exams so we opted to go punting on the River Cam instead. 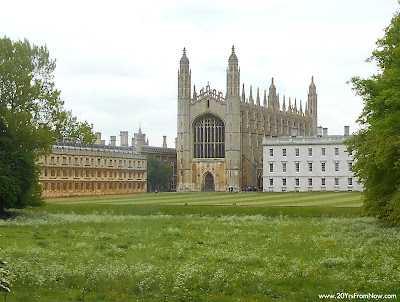 There are a number of different companies to choose from and if you're brave enough you can even rent a punt for a self-propelled jaunt. Taking one look at the congestion on the river we opted to let someone else take the helm.

One of the highlights while on the river is the Mathematical Bridge. 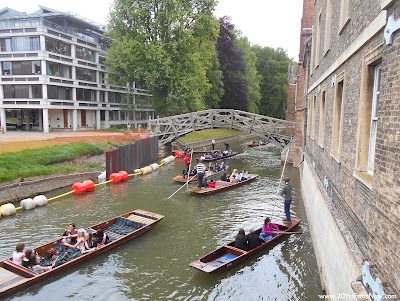 Most guides (including ours) tell punt passengers Sir Issac Newton designed the bridge, but the truth is he died 21 years before it was designed by William Etheridge. Guides continue to embellish the story by stating it was constructed without the use of nails, but that too is false. Adding insult to injury they add a third lie and state that one evening after a few pints at a pub some Queen's College students decided to dismantle the bridge and put it back together (without those pesky nails as if it were a giant Janga puzzle), but failed and that is how it came to have those unsightly coach bolts! 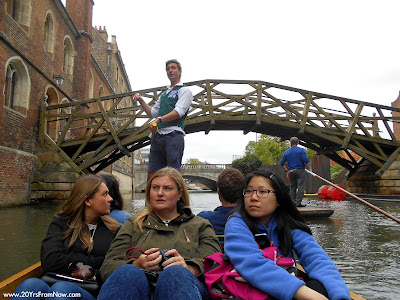 I'm unsure whether or not John paid all that much attention to the falsehoods, but he certainly took notice of the kayakers on the River Cam. 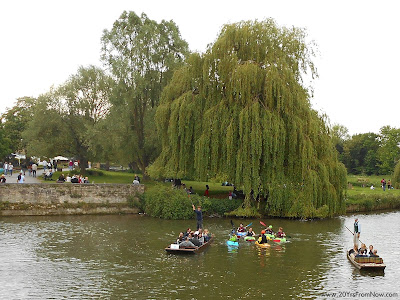 The Bridge of Sighs, built in 1831 is named after the covered bridge in Venice and connects the Third Court and New Court of St. John's College. 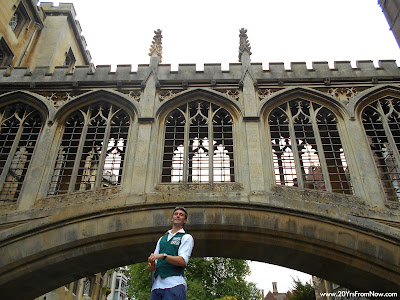 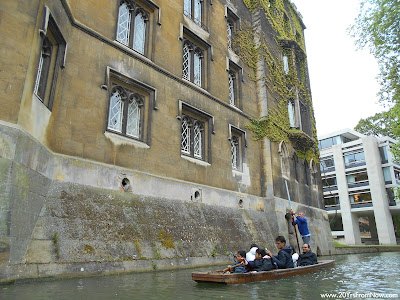 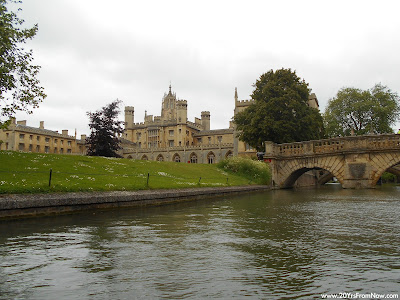 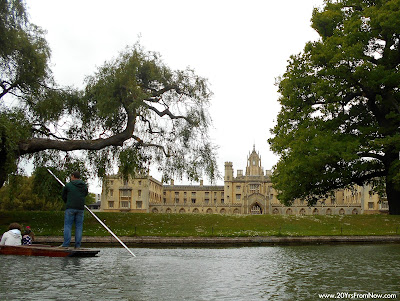 If punting is not your cup of tea there are plenty of walkways along the River Cam. 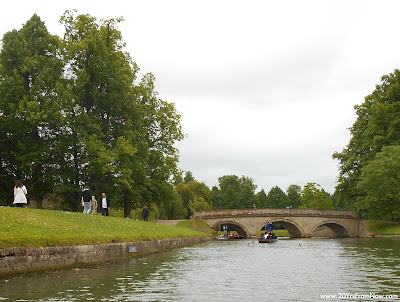 Views from the river were sometimes restricted if only because the river is naturally lower than the surrounding land AND the punts themselves offer no raised seats. (Passengers sit on the flat bottom.) Still, it was a lovely way to see the various colleges of Cambridge University. 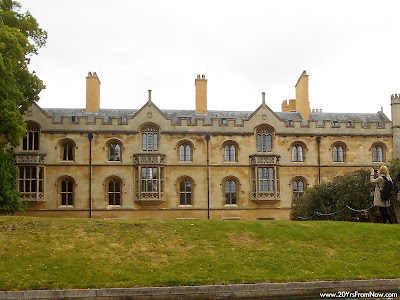 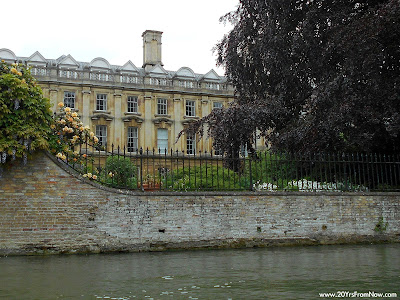 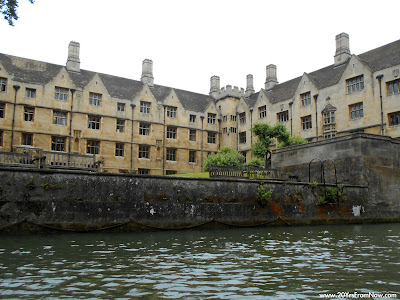 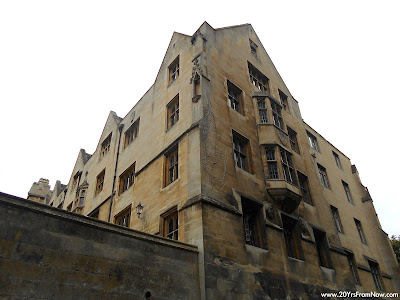 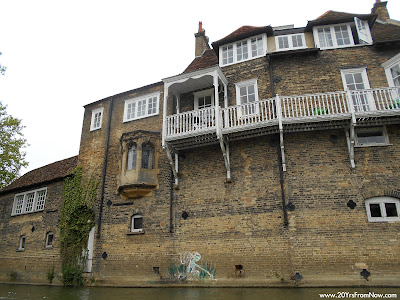 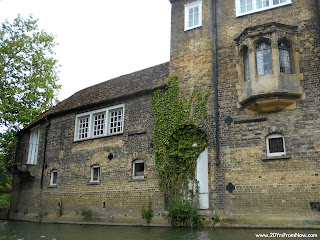 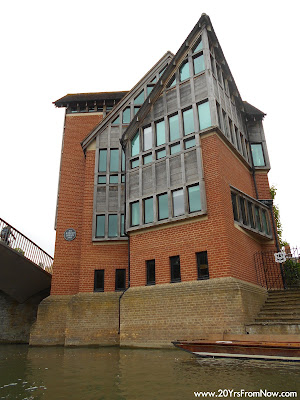 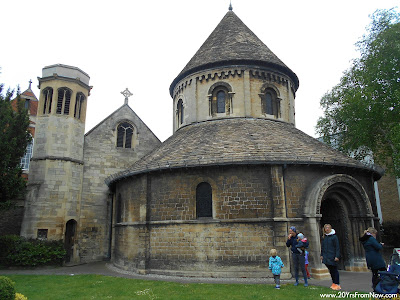 The highlight of Cambridge, however, was not its colleges, architecture or history. It was the lovely couple we met at the Railway Lodge Guest House. Anthony and his wife were beyond gracious and made us feel as if we'd come home. We talked for hours (literally) and should we ever return to Cambridge we hope it will include their company. 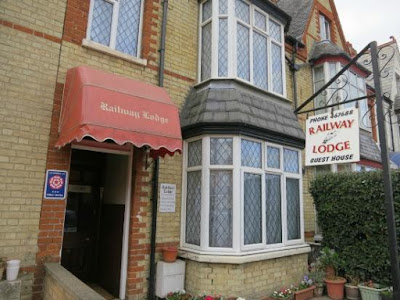 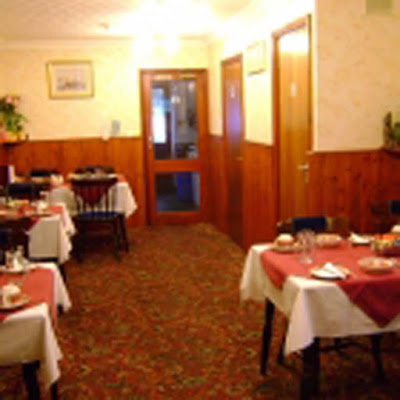