We recently returned to Peterborough, Ontario to visit friends and consider this region of central Ontario our second home as we've been visiting the area for more than 45 years. Still, there were still a few places we've yet to explore and discover and when the fog lifted on a recent Tuesday afternoon we opted to take advantage of the warm temperatures and stroll the downtown core's Millennium Park. 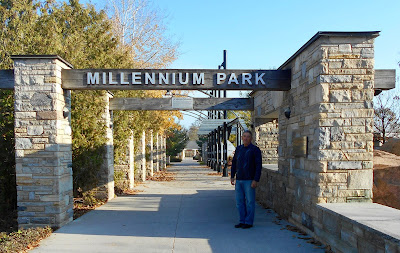 Peterborough is named after Peter Robinson a member of a well known United Empire Loyalist family. Appointed by the British government to recruit and relocate Irish emigrants to the area, he arrived in the fall of 1825 with 2000 Irish Catholics in tow.

I cannot imagine the hardships those pioneers endured that first winter. One can hope there was plenty of wild grapes and other berries available. 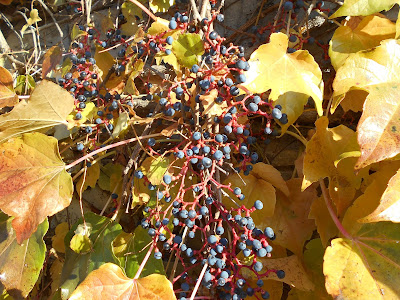 There were other folks in the park - an older couple lumbering along behind their walkers, a young couple holding hands with eyes only for each other, and a dog walker or two, and sadly some homeless people. I chose to photograph the park without a human in sight and focus on its welcoming, serene tranquility. 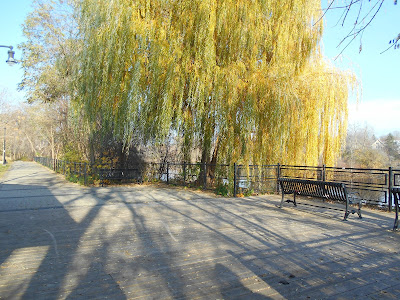 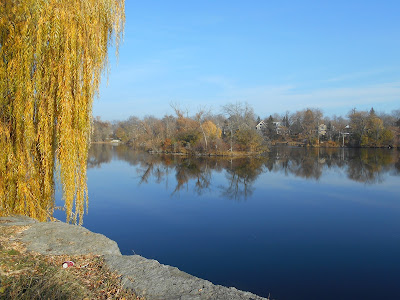 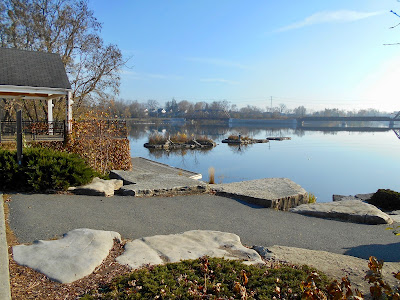 This sculpture is dedicated by the Peterborough and District Labour Council to all the past, present and future men and women workers. 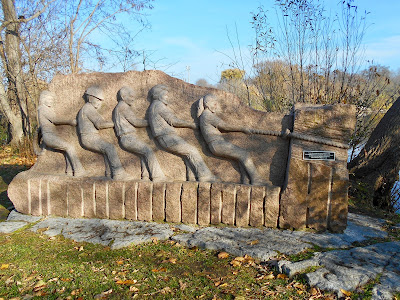 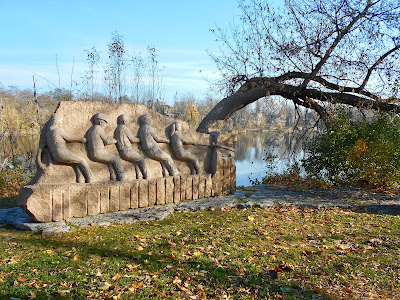 Animals are also featured throughout the park. 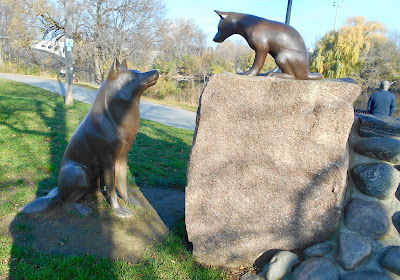 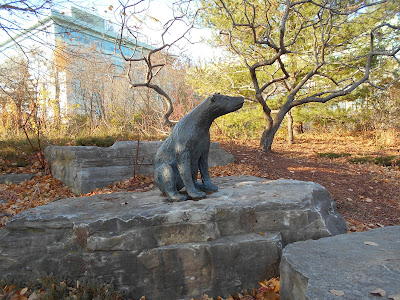 And what would a Canadian park be if it did not pay homage to hockey? 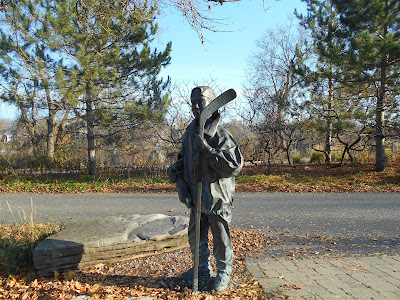 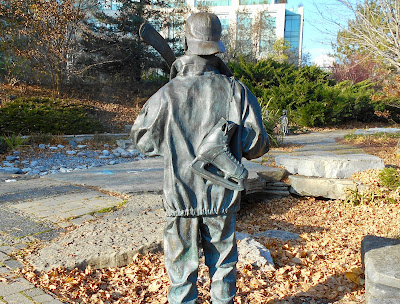 The boy gazes longingly at a pond...that will no doubt soon be frozen and ready for him to skate on. 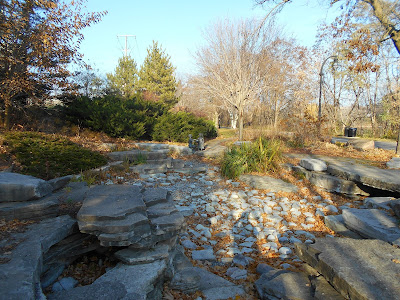 Our next stop was Stanstead. 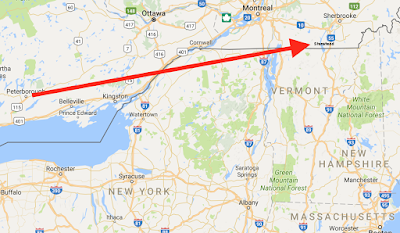 Located on the Quebec-Vermont border this small community of 2800 was settled in the 1790s. Our destination was the Haskell Free Library.

Built between 1901 and 1904 at an estimated cost of $50,000, the Haskell Free Library was a gift of (Canadian) Martha Stewart Haskell and her son, Colonel Horace Stewart Haskell and dedicated to Mrs. Haskell's late (American) husband, Carlos. The family's aim was to provide the border communities of Stanstead and Derby Line, Vermont (population 663) with a centre for learning and cultural enrichment. The children's library (below) shows the border divide on the wood floor. 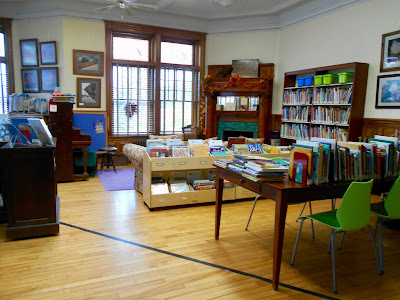 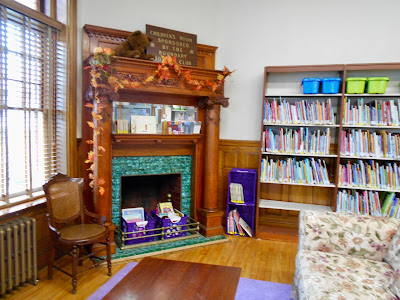 Each room features a different wood - oak, cherry, walnut and maple - while the tin ceiling and tiled floors add to its elegance. 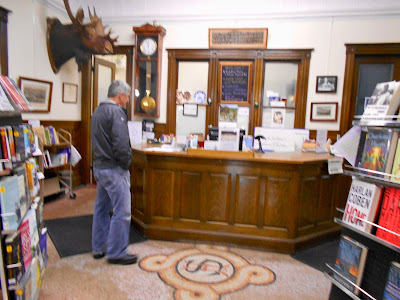 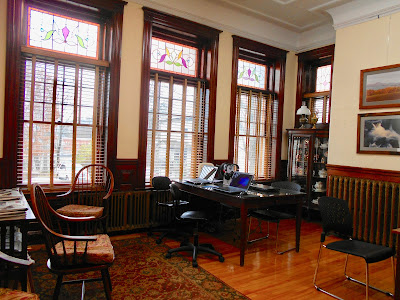 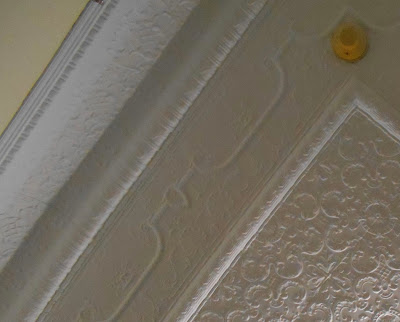 Unfortunately, the opera house on the second floor was closed when we arrived so we were unable to view it. What was intriguing, however, was a library patron I noticed while I took this next exterior photo. She parked her car to the left of the building (Canadian side), walked along the sidewalk and entered via the Vermont side. After returning her books she returned to Canada and drove off. No muss, no fuss and not a single border patrol in sight! 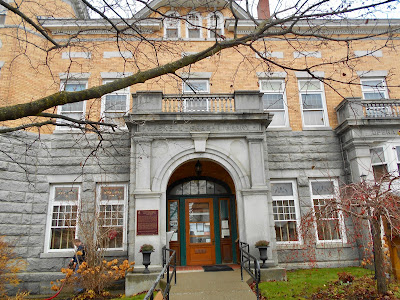