Although we lived for many, many years near London, Ontario we did not visit Eldon House until this month. It is definitely our loss and we're so glad to have good friends in the area who suggested we tour the house during the holiday season. The decorations (and company) were a delight. 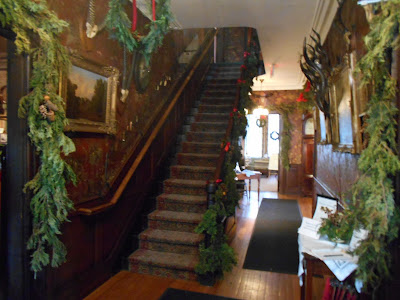 Eldon House is London's oldest residence dating back to 1834 when the Harris family first moved in. 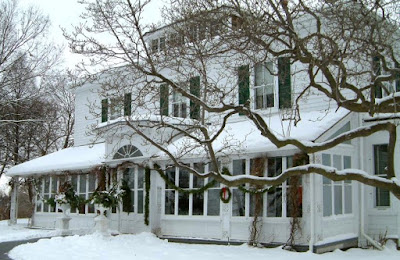 At the time it was a country property overlooking the forks of the Thames River. Today it is in the middle of everything in the downtown core. 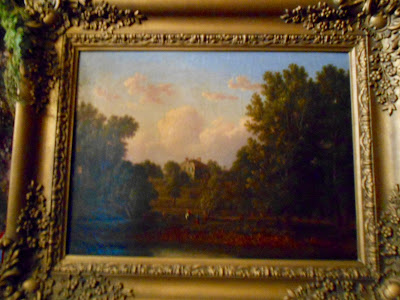 What makes Eldon House unique is its original family heirlooms, furnishings and priceless treasures that actually belonged to members of the Harris family. Donated lock, stock and barrel by a descendant of the family to the city of London in 1960, Eldon House provides an accurate look back at daily life for a well-to-do and well connected 19th-century family. 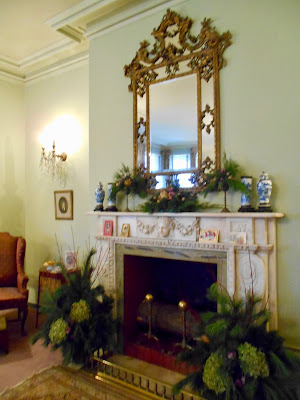 Also in the sitting room was a Christmas tree with gifts and toys indicative of the Victorian period. 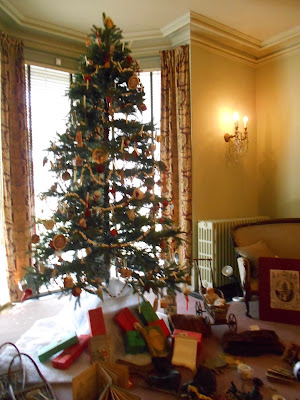 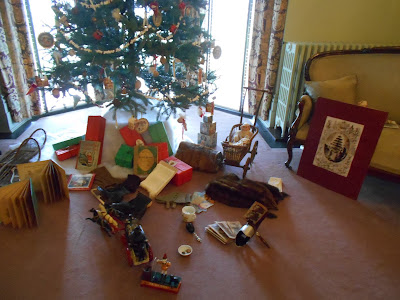 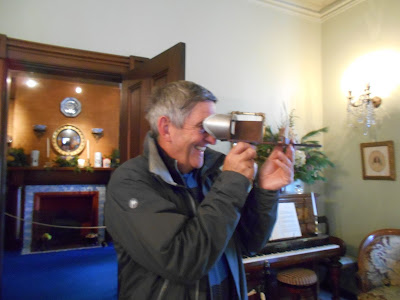 And of course the sitting room was also a place to entertain guests - some of whom would be asked to stay for 'tea'. 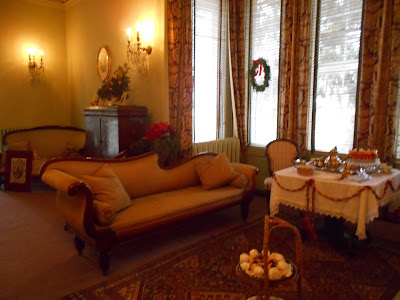 Should more entertainment prove necessary this piano was close at hand. 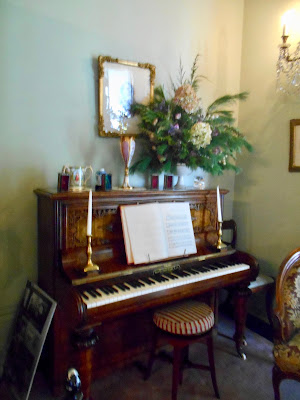 Another feature of Eldon House is the original wallpaper. This particular pattern hails from a Harris family member trip to Japan and is embellished with gold leaf. It looks as elegant and rich today in 2016 as it did when it was first hung.

More formal occasions called for a more formal dining experience with the best crystal and cutlery.


Just outside of the kitchen and pantry area is this lovely south facing breakfast nook. 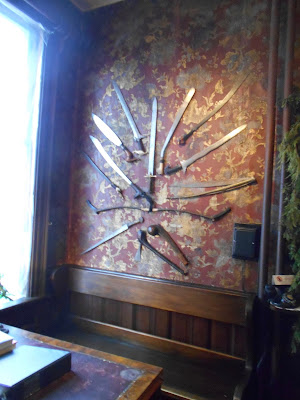 The family also employed a number of servants over the years and there is a definite "upstairs/downstairs" feel to the home. While less flamboyant than the homeowner's rooms, the kitchen and pantry are quite efficient and modern. 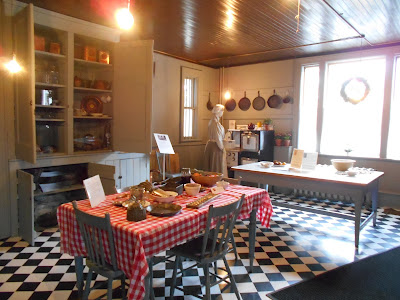 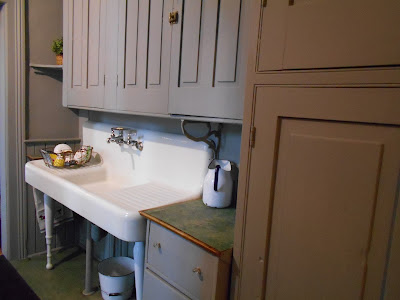 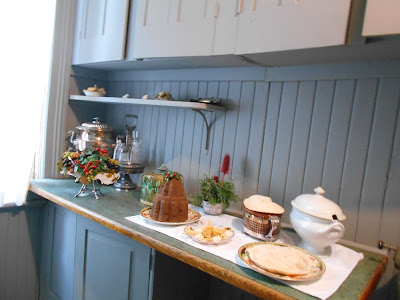 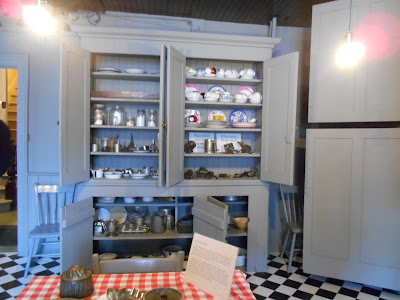 This 3-ring gas burner ensures there is always enough hot water for a 'cuppa' for the family and their guests. 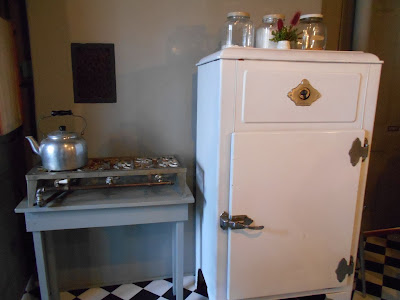 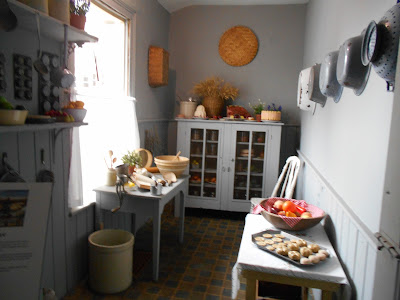 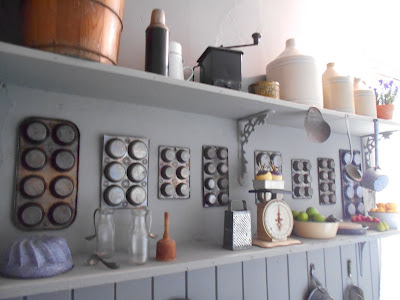 Meanwhile, upstairs are the family bedrooms. Off at one corner of the building is an addition that features two rooms set aside for the help. The cook occupied one bedroom and next door was the  laundry room. At first I thought the idea of a second floor laundry room was terrific until I realized there was no running water. Can you imagine carrying bucket after bucket of water up and down the back stairs for each and every laundry day? Nope. Me either! 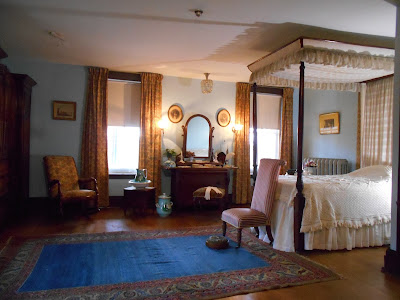 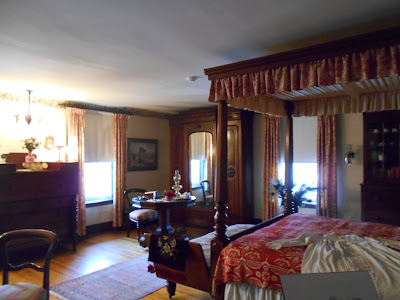 The portable bathtub (shown below) was part of the luggage and belongings of one of the Harris descendants during a trip to Africa. Hardly, carry-on luggage only, but certainly mandatory for travellers during this time period. 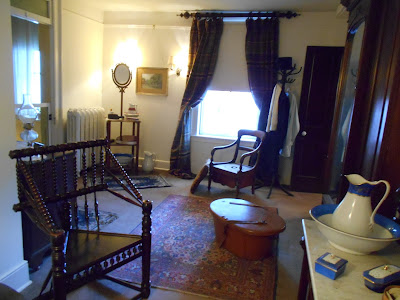 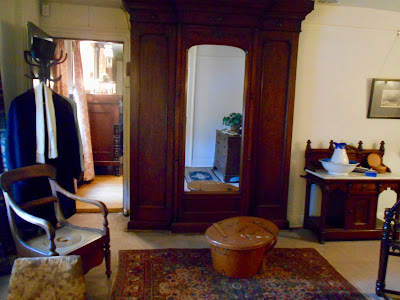 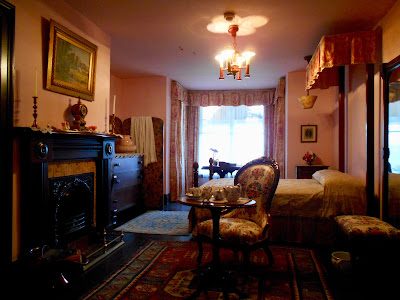 Eventually indoor plumbing was installed. I hadn't stopped to consider this modern convenience could be somewhat unsettling for Victorian women, but it was because it brought about a total lack of privacy. Prior to the addition of a bathroom individuals could simply excuse themselves and go their bedrooms when nature called. The indoor bathroom changed that concept forever. Now, whenever anyone heads to the 'loo' everyone knows why. How embarrassing! 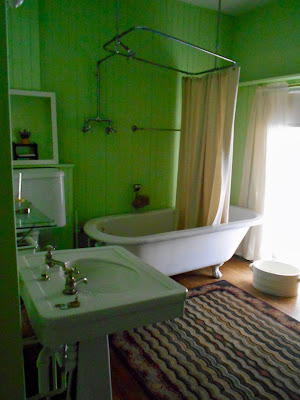 A very special thank you to Dave and Flo for making this lovely day a reality. It was a joy to tour Eldon House with you and we can't wait to do it again. HUGS. ❤️