Our weekend exploration of the downtown core of London, Ontario continued after our visit to Eldon House and next stop was Covent Garden Market - or to be more precise the outdoor skating rink. 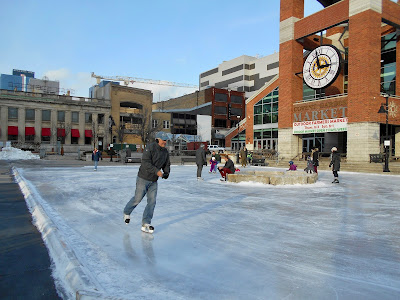 While Dave and John skated Flo and I headed indoors to experience the sights, sounds and smells of the market. It began in 1835 and has been in the same location ever since. It's also my favourite market this side of the Atlantic.

Museum London is also within walking distance and on Sunday we decided to check it out as it had been close to 30 years since our last visit.

This large room with its curved ceiling and large expanse of windows overlooks the Thames River. 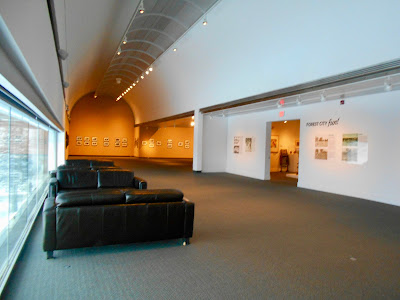 Weather wise it wasn't the greatest day and this next shot taken from inside shows just how nasty it really was. 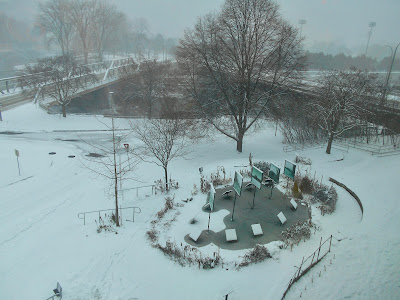 The exhibits in Museum London include paintings by the Group of Seven and other notable artists from the area. 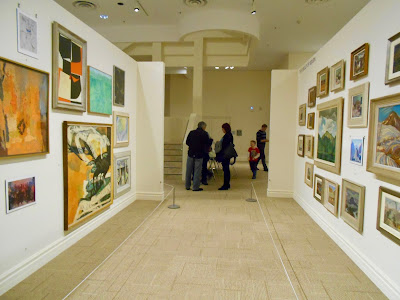 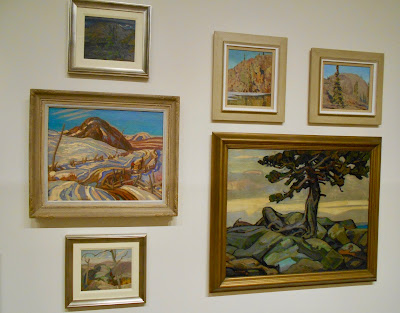 I have no idea who created this, but it just appealed to me - perhaps because it was so dull and grey outside! 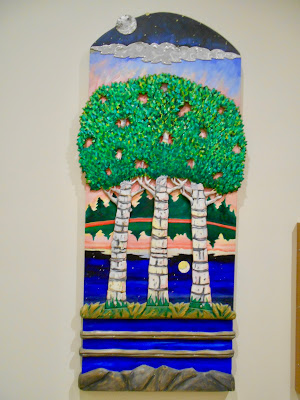 This "Ultimate Map of the World" by Jose Luis Torres takes up an entire wall (it's massive) and made of tape measures and nails. That's it. Ingenious! (FYI, the actual tape measure holders are those yellow hanging objects.) 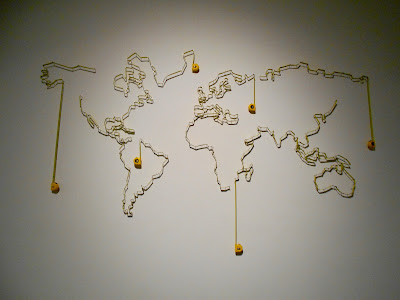 Later that evening, in spite of a snowstorm, we walked to Victoria Park. (Yeah, I know. Me. Walking. In. The. SNOW!! Go figure.) Anyway, the temperature hovered near zero (celsius) so it wasn't all that cold and besides the Christmas lights made it all worthwhile. 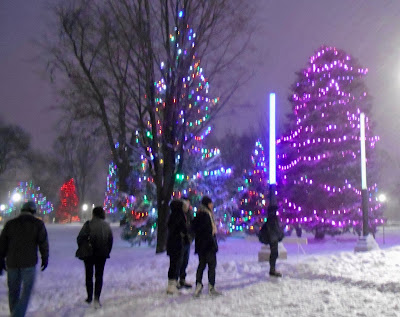 I smiled when the Zamboni arrived because everyone without having to be told cleared the ice lickety-split. From young to old there was not a single dawdler. No instructions or orders required in Canada. Just clear that ice! 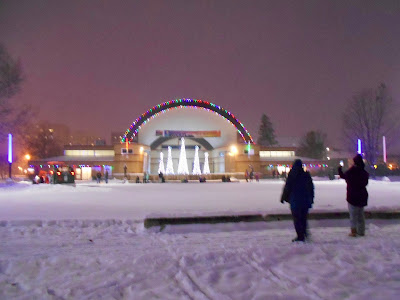 All around the rink are Christmas lights and decorations - including Santa and his reindeer (header photo). Below is his house. 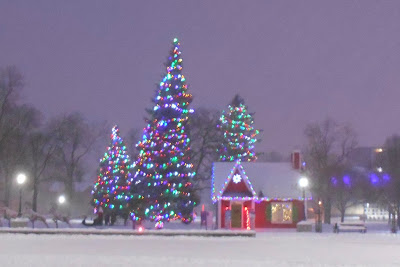 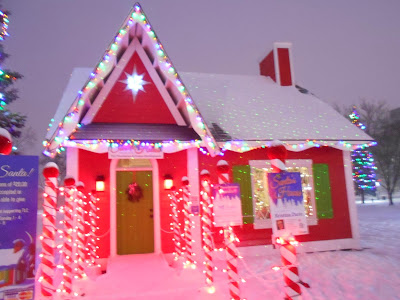 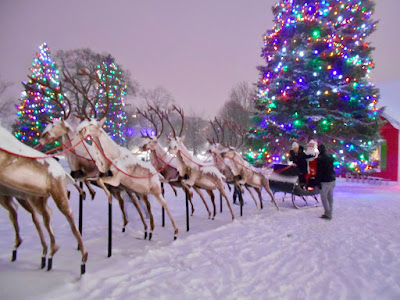 Walking back home we passed this sculpture and the snowfall combined with the lights just made it sparkle. 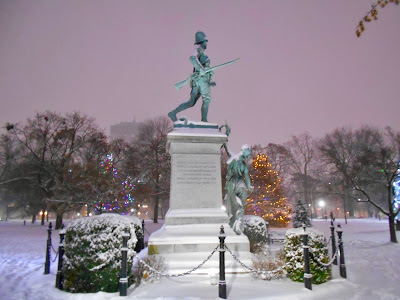 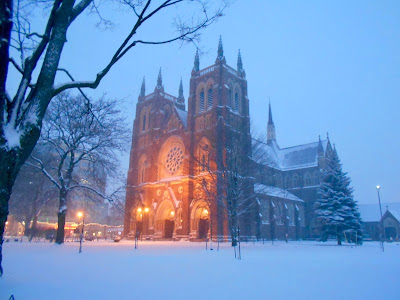 On a whim we decided to go inside - if the doors were unlocked, of course - and they were. 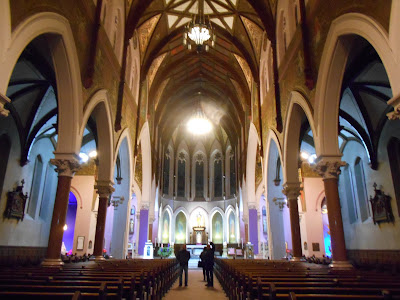 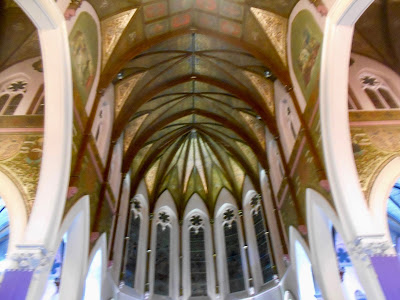 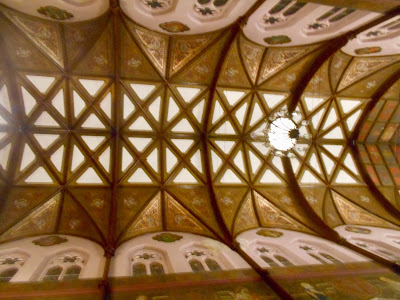 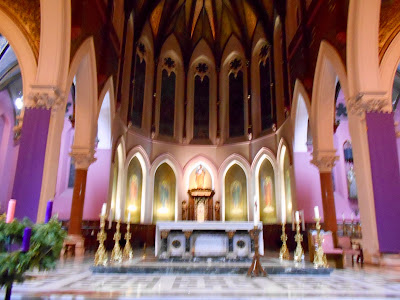 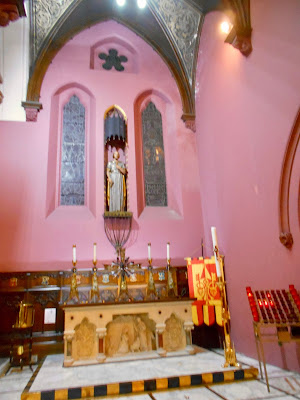 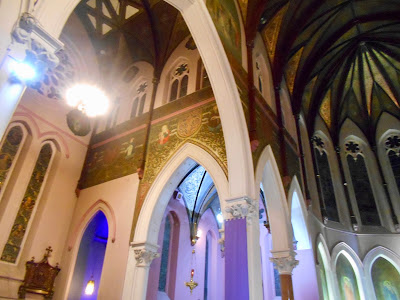 Our weekend visit to London also included Dave's favourite local pub, Fritzrays. Besides having a great downtown location it boasts a true pub feel and we felt like a regular in no time flat.

Thanks again to Dave and Flo for a fabulous winter wonderland weekend. We had a blast and hope to do it again very, very soon!