After our Christmas housesit in The Villages, Florida we spent two weeks at Daytona Beach. And while it took me some time to convince John to pose for a selfie, the end result speaks volumes about how inept we are at this social media craze! 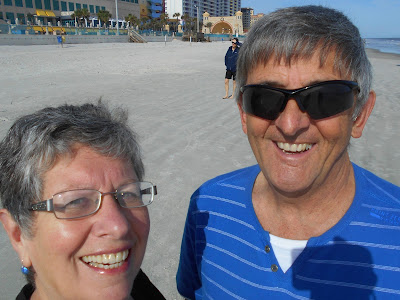 The beach itself is phenomenal. It stretches for miles and is lined with hotel after hotel after hotel. Quite a number of them were damaged during the latest hurricane and while some were being repaired others were boarded up. That said, it was surprisingly busy for early January (especially on the weekends) and I cannot fathom what it must be like during Spring Break. Of course, that's my age speaking, but hey, whatever. 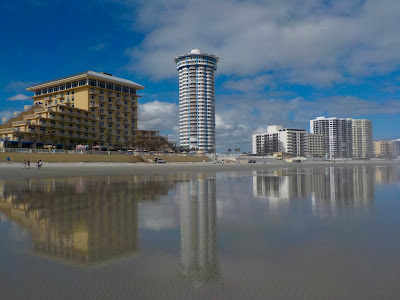 If the beach isn't your thing there is always something else to do in Daytona. Everything from shopping to eating and drinking, miniature golf to amusement park rides. Look carefully at the background. See that dot in the middle of the two towers?

It's a sling shot type ride that catapults you skyward. 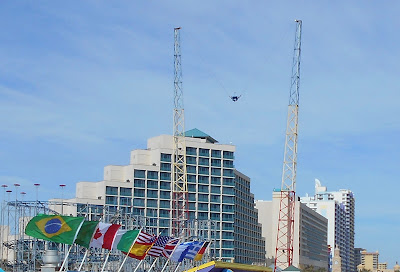 Yikes! Can you imagine the G-force at the moment of take off? NO, thank you! Also featured is a roller coaster (seen at the bottom left).

A little further south is the pier. 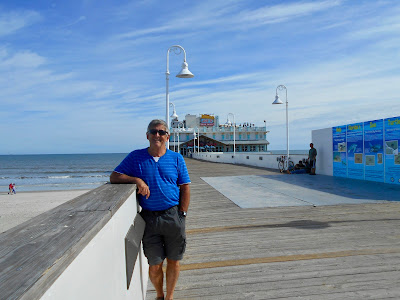 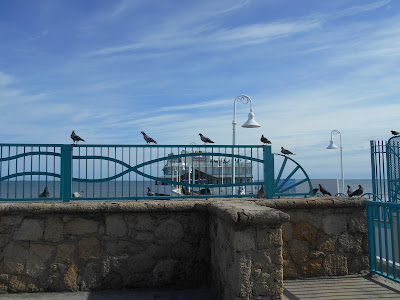 The restaurant with tables on both the pier and upper deck provide great views of the beach. 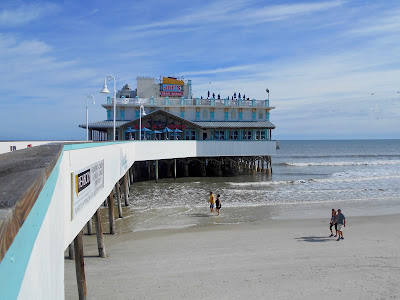 On the far side of the restaurant is a fishing pier. 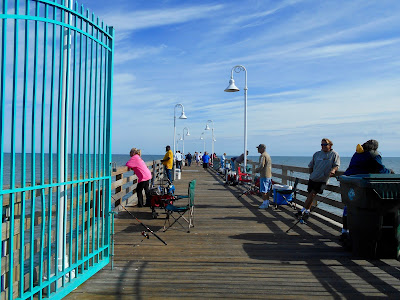 And of course what would a beach worth its weight in sand be without a shopping mall? This multi-coloured complex included restaurants and shops. 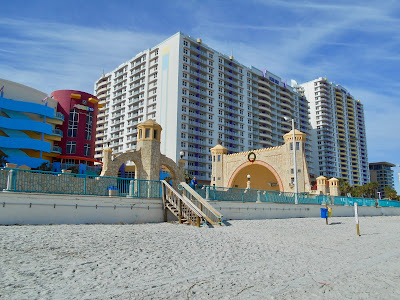 We had a few showers during our stay, but the rainbows made it all worthwhile. 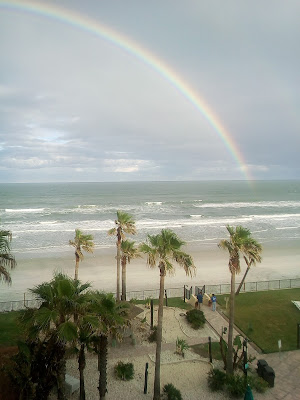 Sunrises over the Atlantic were pretty spectacular as well. 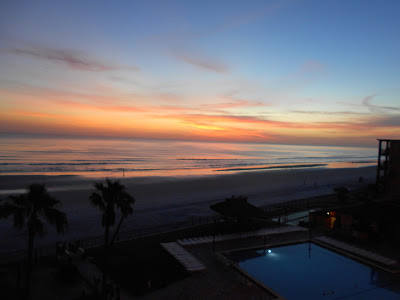