During our 2-week stay in Daytona Beach we made two road trips. The first was to Ponce de Leon Inlet to see the Lighthouse and Museum. 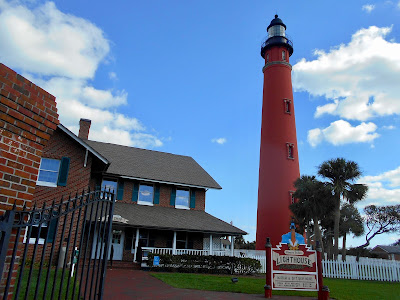 What's interesting is when the lighthouse began in 1887 it was known as the Mosquito Inlet Lighthouse. The name was later changed to Ponce Inlet when it proved difficult to sell property in the area under its original name. 😏 Homes of the lighthouse keepers and their families are still on site. Some are open to the public while others are for viewing from the outside only.

A total of 203 steps take you to the top of the lighthouse. 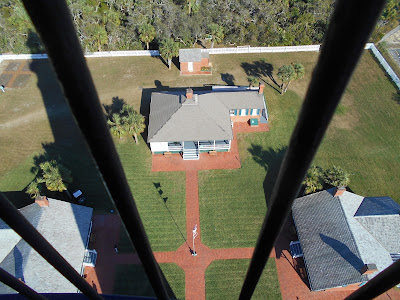 The stairs are also a little claustrophobic for me so John made the climb on his own. 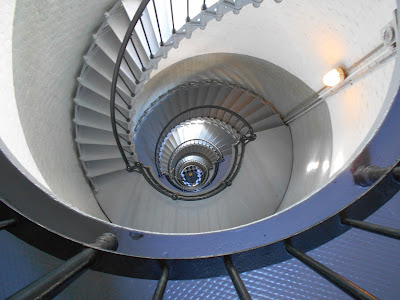 The views were worth the time and effort.


The Lens Museum building houses a collection of lens of varying sizes and explains how a simple kerosene lamp could be seen from eighteen miles away. 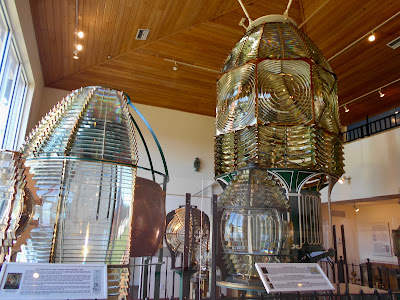 Nest, we drove two hours south to Sebastian Inlet to go kayaking with Rae and Jean-Guy (who also drove two hours from their Florida winter location). We had a fantastic day, including a picnic after our 2-hour kayak. 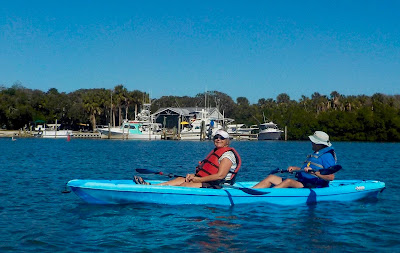 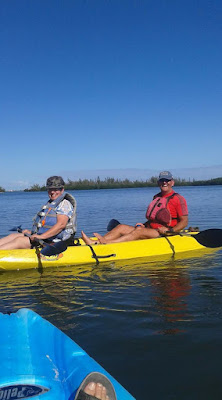 There was lots of wildlife...although I'm unsure who was watching who! 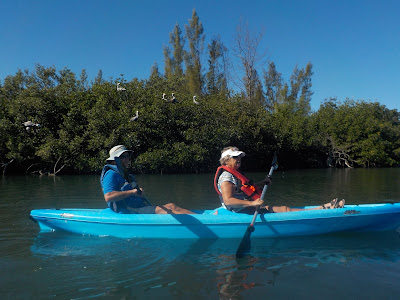 With a campground nearby lots of people were fishing from either the bridge or on the water in  boats and kayaks. 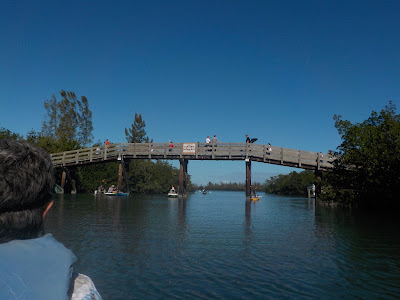 This upturned catamaran was likely damaged during a hurricane, but it seems a shame from an environmental viewpoint to just leave it there. 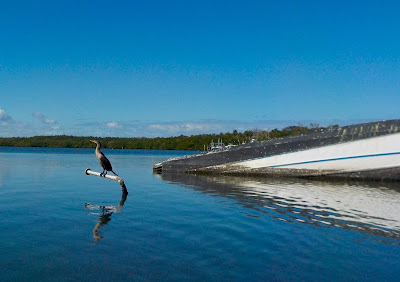 Dolphins and pelicans played close to the shore and while John did his best to get some pictures he only captured a fin! 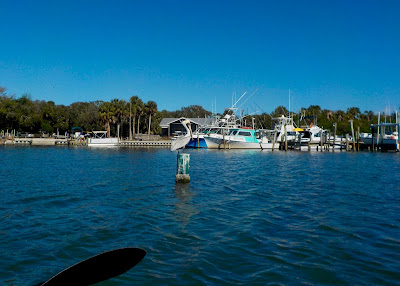 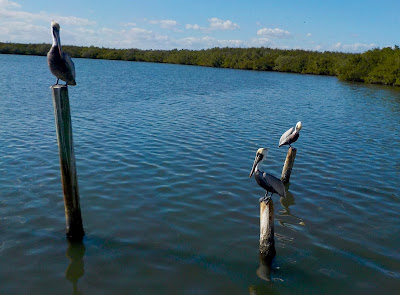 Just south of the marina is this lovely shallow and protected beach that we viewed from the top of a bridge. 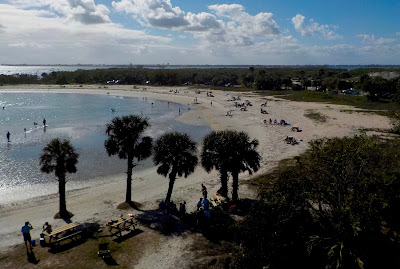 We can't thank Rae and Jean-Guy enough for such a wonderful day. Hugs you two!