Finding the Wolfsonian Museum in South Beach is a snap. The exterior is about as bold, bright and brilliant as a building can get. 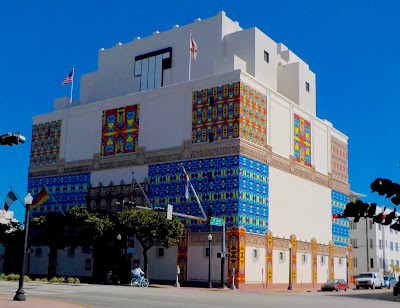 The interior along with its exhibits is equally breathtaking. The long hall entrance is a treat for the eyes with colourful patterns everywhere. Both the exterior and interior foyer were designed by Christie van der Haak and entitled More is More. 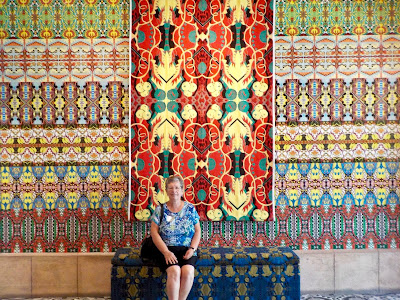 To my right is a centrepiece that holds everyone's attention if only for its bling. 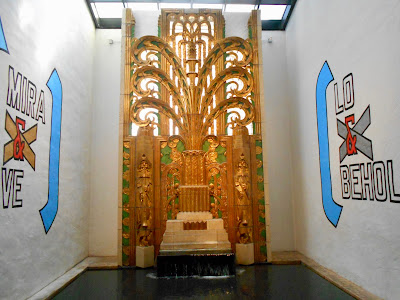 On either side of the hallway are original brass air vents that are (I think) works of art themselves. 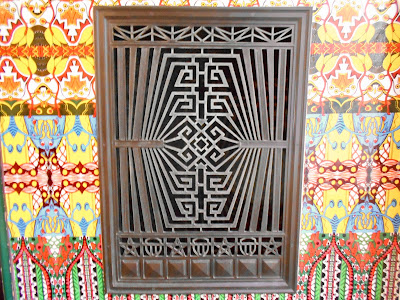 The foyer and arched elevator (to the left) are equally impressive. 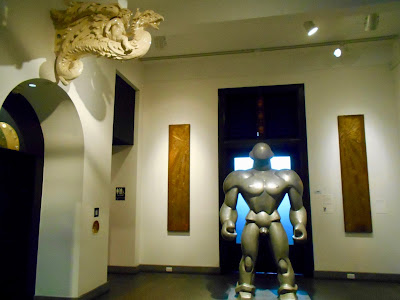 The height of the elevator was at least 15 feet and high above our heads on both left and right were mirrors decorated with huge animal heads. (All I could think about was the Ghostbusters movie!) 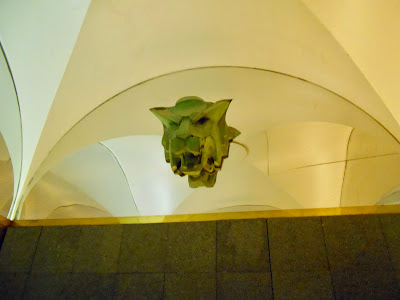 A great number of the exhibits are Dutch related and while I am familiar with some of the artists others are new to me and that's always a good thing! Exhibits included everything from doorways to paintings, advertising posters, chandeliers, kitchen items, etc.

This particular painting is part of the Pursuit of Abstraction exhibit and is created entirely with tiny painted squares of colours. 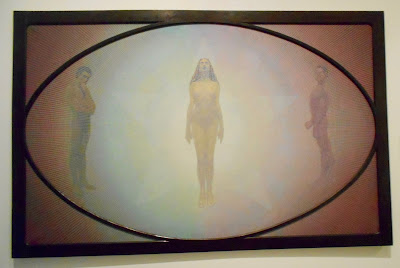 The 7th floor of the museum features this elaborate painted ceiling and matching light fixtures... 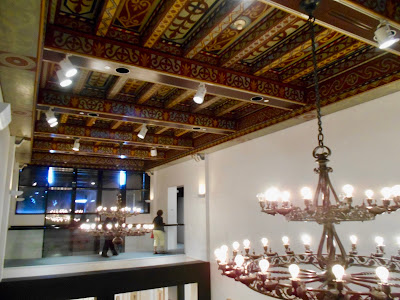 The view is enhanced all the more because it looks down on the sixth floor exhibits. 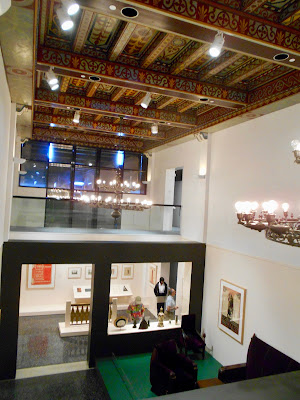 These mosaic panels were originally decorative pieces on either ends of a fireplace (and not necessarily noticed at first glance).


This sleek, modern chair was designed by Edwin L. Lutyens in 1931 for the Viceroy's House in New Delhi, India (capital of British India). 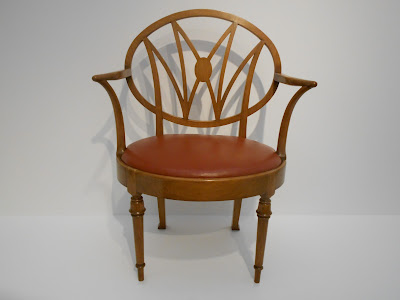 This poster for Delft Salad Oil by Jan Toorup highlights the his place of birth (Java, Indonesia), its splendid history of batik with a touch of both French and Belgian Art Nouveau. 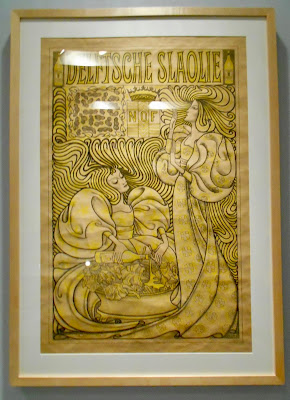 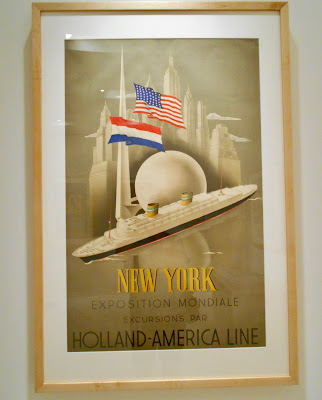 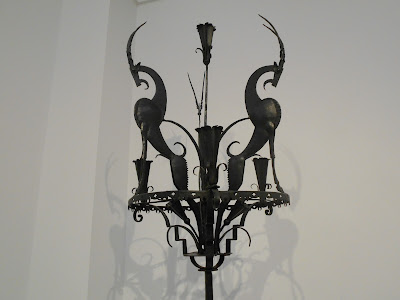 Exhibit rooms showcase the industrial feel of the building. 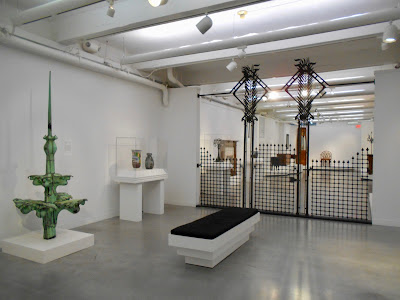 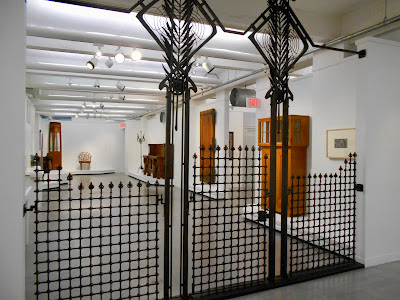 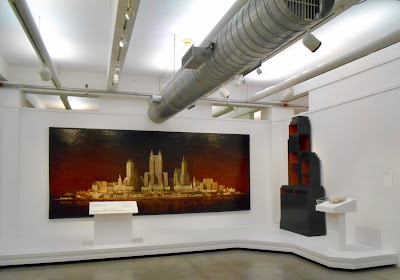 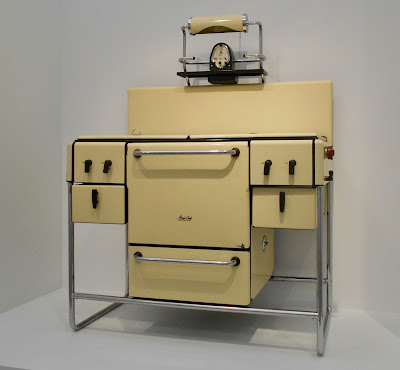 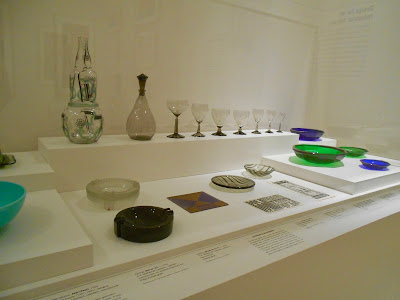 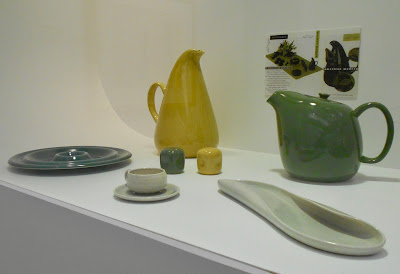 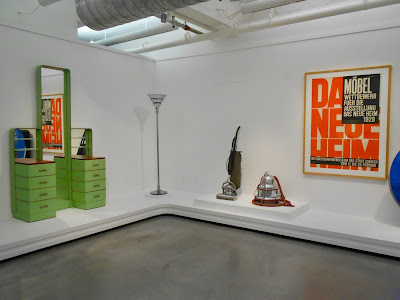 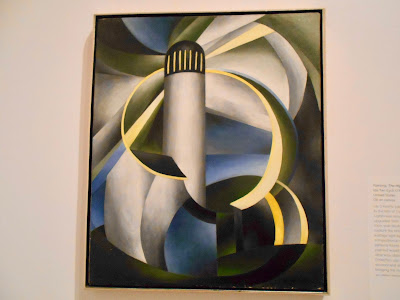 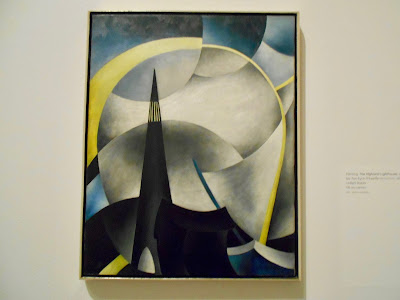 Followed by modern sculpture and a mix match of accessories... 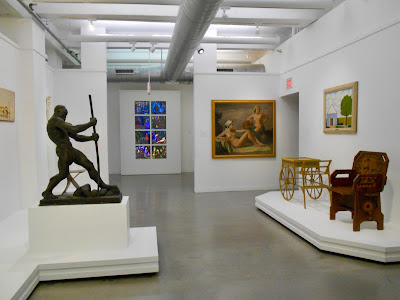 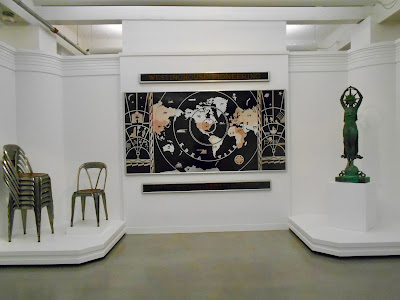 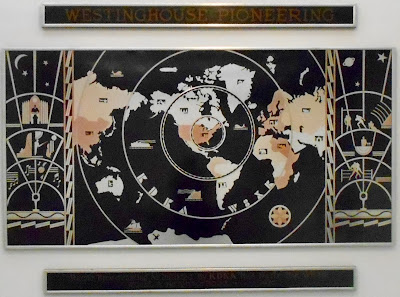 Close up of the sculpture in the top right corner... 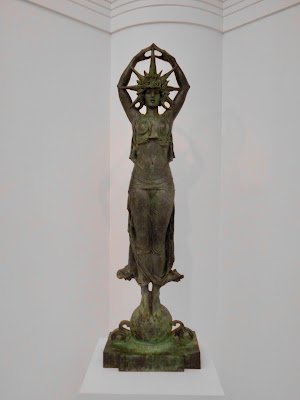 This painting capped off the exhibit in my mind. At first glance it appears to be a Christmas tree, however, closer examination shows it to be a pyramid of people - with a base of skulls and skeletons submerged under water. Called Menneske Pyramide (Human Pyramid) it was painted in 1941 by Danish artist Harald Engman in defiance of the German occupation of Denmark. 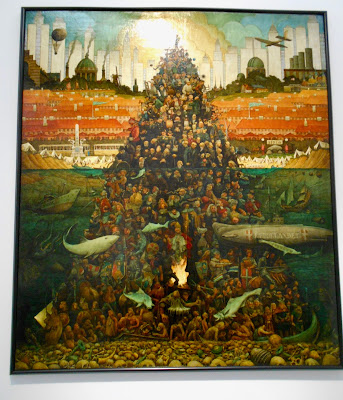 At the very top of the pyramid is a small boy with a slingshot in his hand. Like David facing Goliath he is keeping watch over the German forces and their sophisticated weaponry - and determined to defeat them. 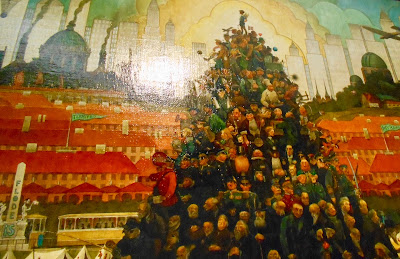