While we were in Madrid we toured the largest palace in Europe - the Royal Palace. It was an easy walk from our flat on Calle Major and the audio guide (viewed on a Samsung tablet) provided close up shots of each specific item and that additional technical perk really enhanced our visit. 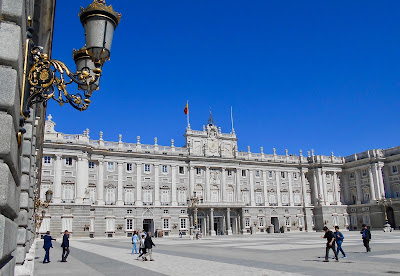 Directly opposite the palace is the Cathedral de Sta Maria las real de la Almudena begun in 1893 and completed in 1993.

The size of both the palace and cathedral is deceiving, but this next photo gives some idea of the enormity of both structures. That's John taking a photo of the palace. 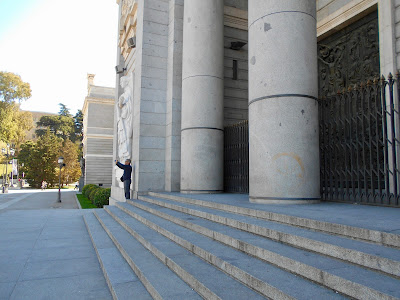 Visible on the far right of John is one of three massive bronze doors designed by Luis Antonio Sanguino (born 1934). 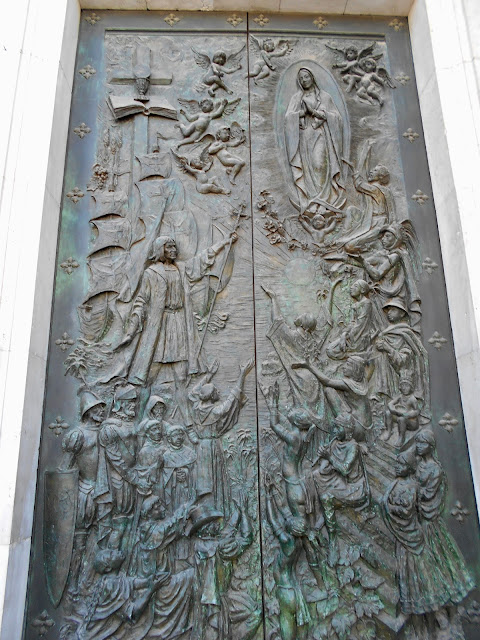 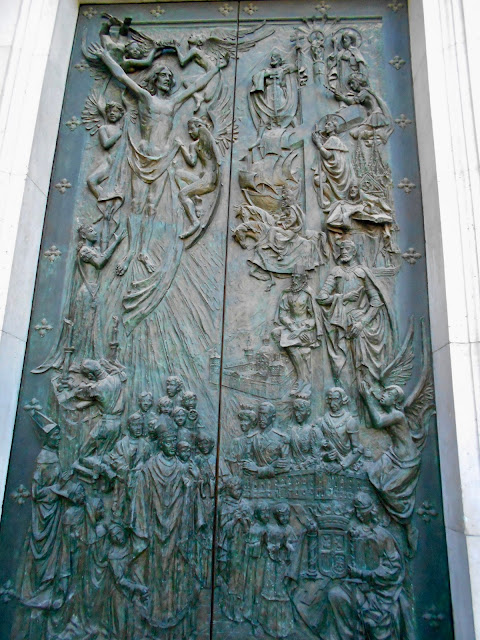 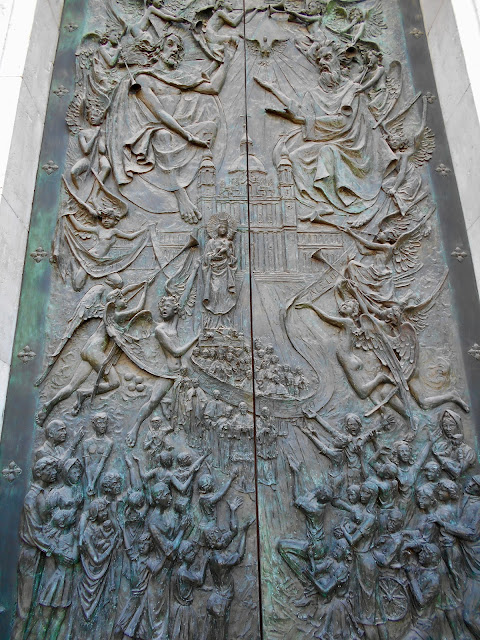 Once inside the palace proper visitors are not allowed to take photos, but it is permitted in the courtyard. 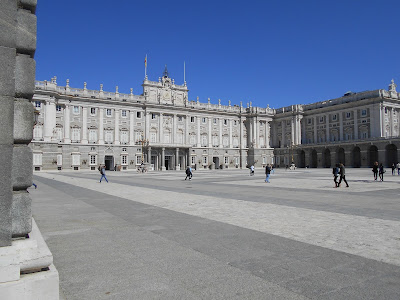 This arched walkway seems to go on forever. 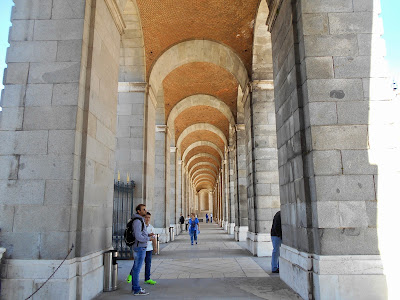 Left of the arches is an uncovered walkway that provides some magnificent views of Madrid and the snowcapped mountains in the distance. 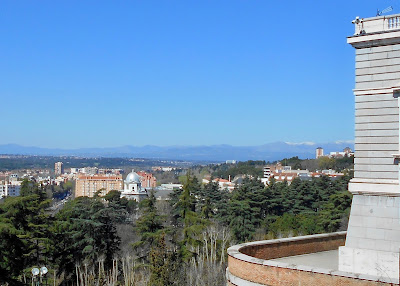 The entrance to the palace is to the left of the golden lamp post. 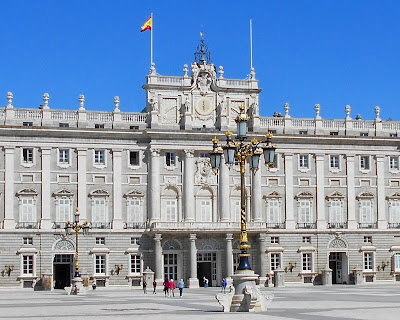 Once again it looks deceptively smaller than it actually is. The covered entrance way can easily accommodate large, stately vehicles (or horse drawn carriages) or a crowd of tourists. 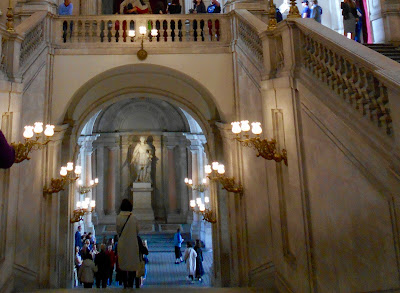 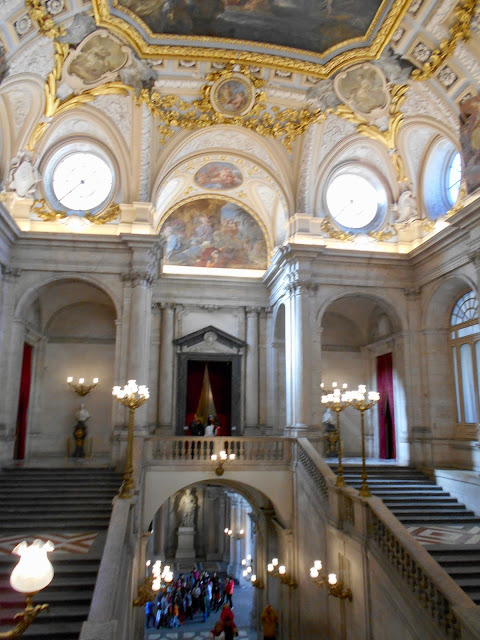 This next photo gives an idea of what the visitor sees from below. 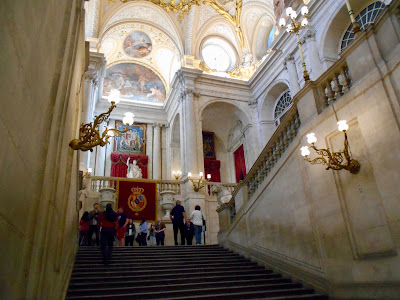 The ceiling paintings and gold leaf take one's breath away. 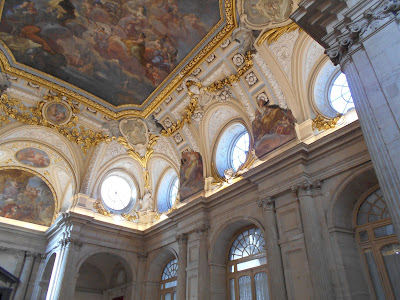 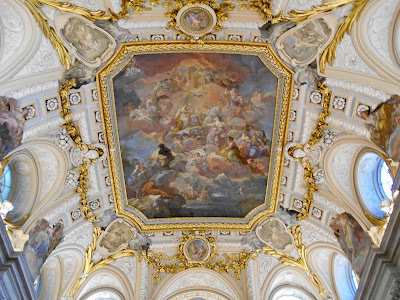 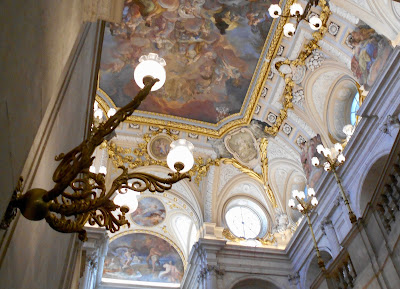 As I mentioned previously photographs were not allowed inside the palace, but they are readily available on the internet. These are just a few of the 2,800 rooms of the Royal Palace. 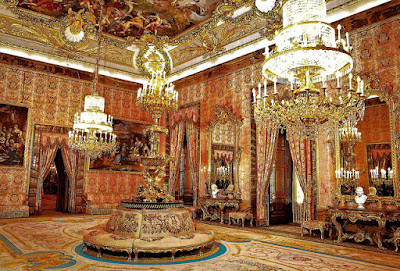 Another day we toured the Thyssen-Bornemisza Museum that is not far from the Prado.

The Thyssen's permanent collection includes art from the 13th century to the late 20th century. 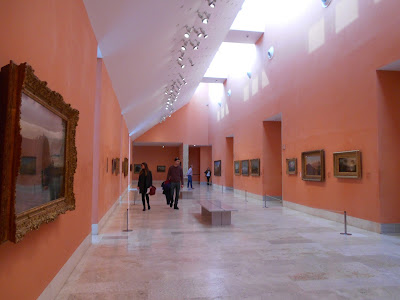 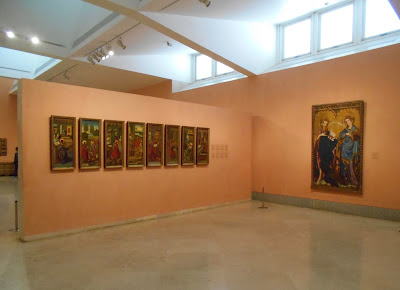 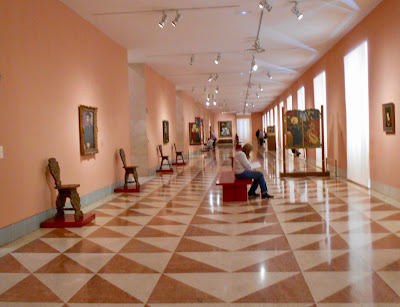 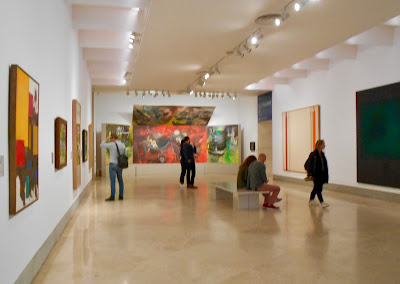 The collection is quite extensive, but the painting that had the most impact on me was by Martin Johnson Heade. Why? Because we'd recently visited Manchester-by-the-Sea's Singing Beach with our daughter and son-in-law. Suddenly I was transported back to Massachusetts! Heade painted Singing Beach in 1862, but it is still virtually unchanged. 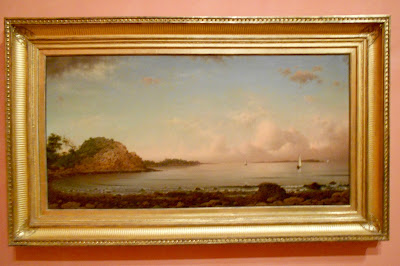 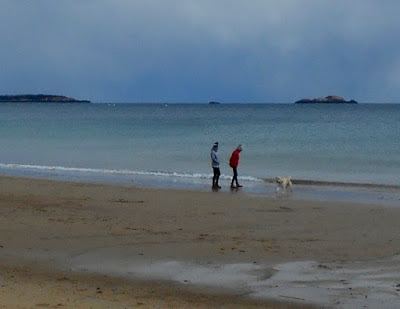 That said, I have a second favourite. This photo of John standing between Richard Lindner's Moon Over Alabama and Thank You. 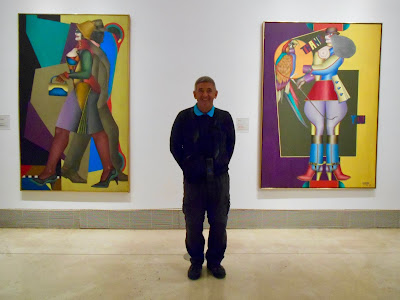 Our week in Madrid zipped by quickly and we barely scratched the surface. Next stop - Cordoba!