While we were in Barcelona we took the Hop on, Hop off City Bus tour. There are two companies that provide this service, but we opted for the Official Barcelona City Tour as it offers both an eastern and western route that can be done on the same day for a single price. 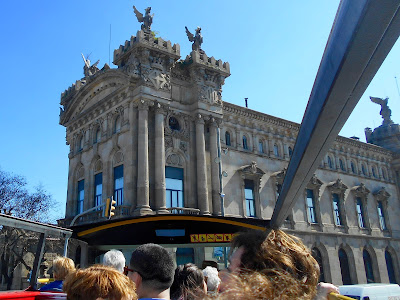 The audio commentary enhances the tour and it's a great way to get a feel for a city and view its highlights, especially if time is limited.  The main downtown square is Plaza Catalunya.

It's important to read the fine print even when you pay for a tour or hop on, hop off bus tour. All claim to have privileged access to many of the major sites, but the actual route is often a slight variation of the truth. Yes, they 'pass by', but that's as close as they get! Take for instance the impressive Barcelona Gothic cathedral. It's there, visible from the bus, but it is definitely off in the distance! To be fair, we did see enough to wet our appetite and next time we're in Barcelona we'll make sure to visit the cathedral.

In 1992 Barcelona hosted the summer Olympics. The port area was revitalized and today with its shops, restaurants and hotels is a destination for locals and tourists alike.

Moving inland from the Med the tour included the location of Barcelona's largest flea market, the National Theatre and Torre (Tower) Agbar.

The Torre Agbar skyscraper has been sold for the third time in as many years. Owners apparently have a hard time hanging onto tenants and reasons for leaving include complaints of dirty windows, an awkward donut-shaped floor plan and inoperable sun blinds which just goes to show that just because one can build a modern skyscraper doesn't mean it will necessarily be the best solution for human habitation.

Moving on to the Monumental Bullring of Barcelona. No longer used for its original purpose, it is the world's only Art Nouveau bullring. 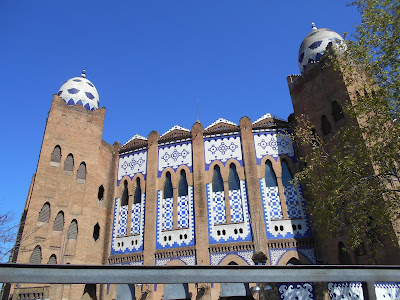 The single landmark in the city that will forever be synonymous with Barcelona is Gaudi's La Familia Sagrada. We toured it in March 2015 and blogged about it HERE, but seeing it again close up was a definite thrill. 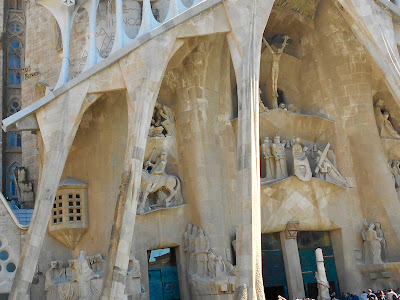 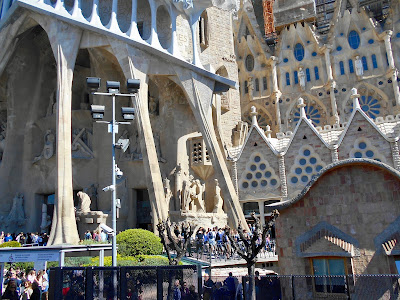 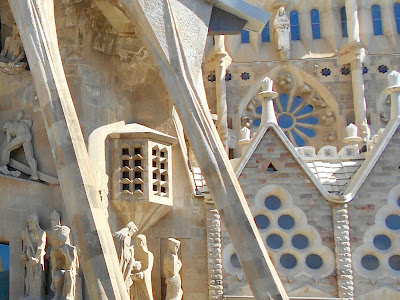 The former hospital of Saint Paul is now a centre for knowledge and headquarters for such international organizations as the European Forest Insititute, the Casa Asia, the Global University Network for Innovation and the United Nations University Institute on Globalization, Culture and Mobility.

Our final sightings before we disembark are the Torre Andreu and La Pedrera and a lovely Barcelona balcony. 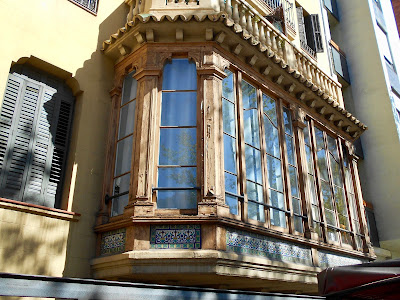 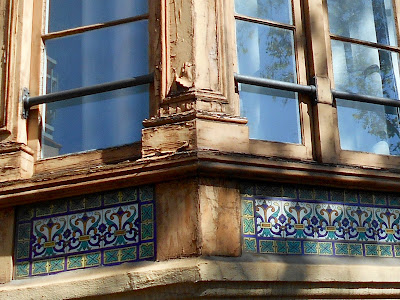 Like so many visitors we also did a fair amount of walking during our stay in Barcelona. 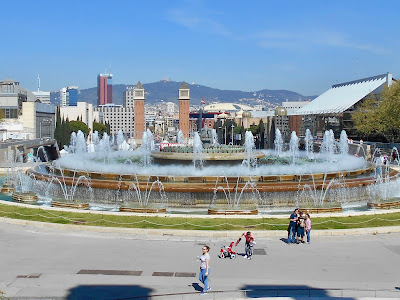 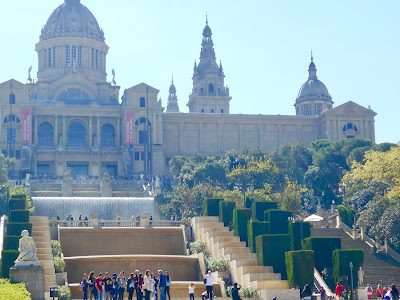 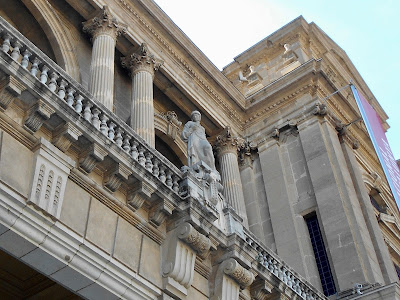 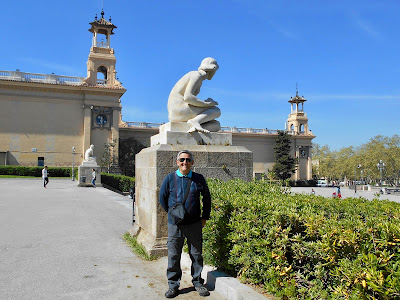 When we reached the top of the arts museum we joined the other tourists for a performance by Gaby Sellanes.

I'm so grateful to John for insisting we spend three days in Barcelona. The second time around the city felt more welcoming and inviting and I cannot wait to return. There is truly so much more to be experienced in this amazing city. 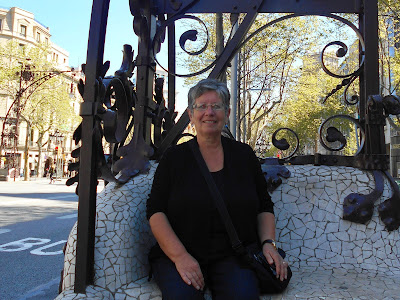