The Chapel of Saint Hospice is on the St. Jean Cap-Ferrat peninsula a short bus ride from Nice. 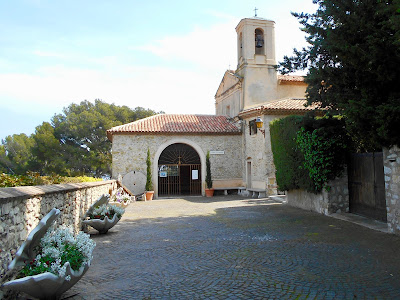 We visited the area briefly last year and wanted to revisit it this year while we were housesitting in Nice.

After departing the bus in the downtown core of St. Jean Cap-Ferrat we walked up the hill to the chapel. Along the way we passed Paloma Beach and many private homes. 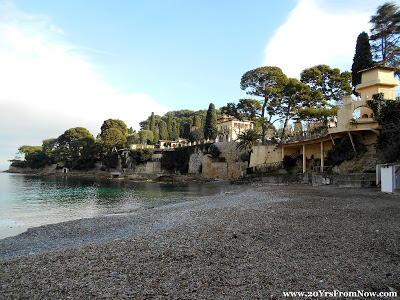 It should be noted in 2012 this was decreed the second most expensive residential area along the Cote d'Azur (after Monaco) and the entrances do nothing to dispel that fact! 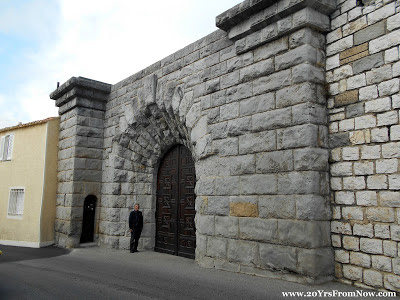 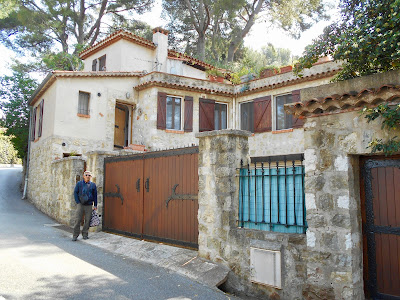 Just the same, geraniums are geraniums and can make any house a home! 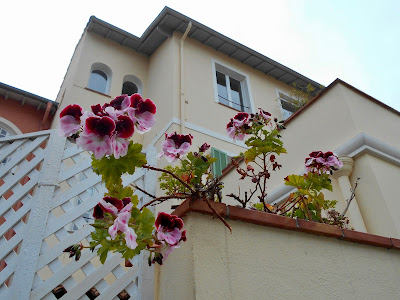 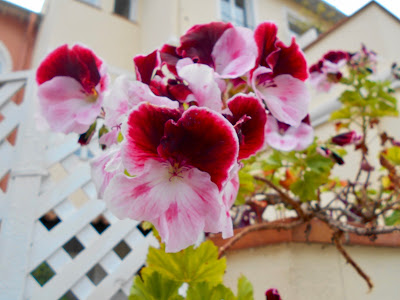 The chapel is named after the Benedictine monk Hospitius. 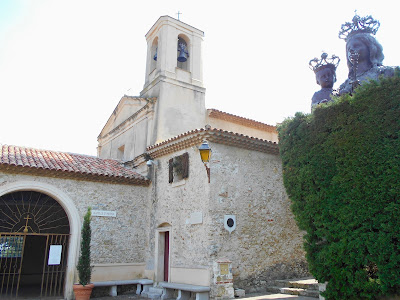 Born in Egypt he arrived on St. Jean Cap-Ferrat in the 6th century and took up residence in a dilapidated tower on site. 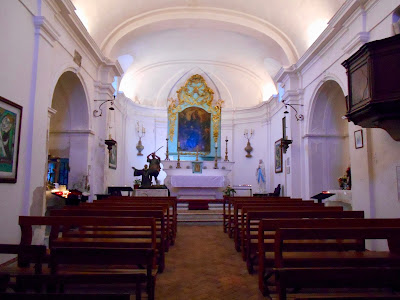 Around the year 575 Lombard invaders attacked. Hospitius had predicted the event and believing there were treasures in the tower they decided to kill the monk. His attacker's arm, however, was suddenly paralyzed and he was unable to carry out the deed. As a result the monk's life was spared and saint hood followed. The moment both their lives changed is shown in the sculpture below. 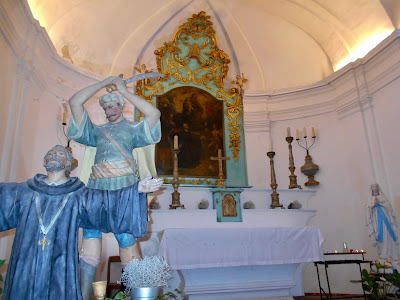 Hospitius survived another six years and performed numerous miracles before his death in 581 AD. The stained glass window below is dedicated to the fishermen who lived in St. Jean Cap-Ferrat. 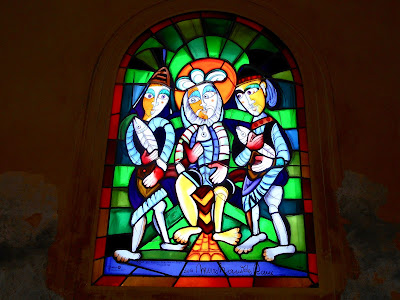 The giant madonna outside of the chapel is both surprising and impressive. 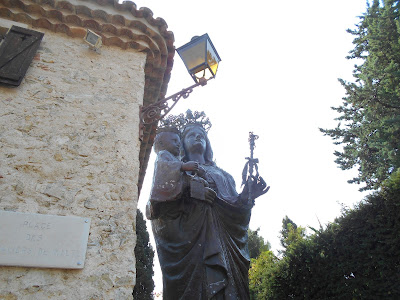 The 11.4 metre high bronze statue towers over the chapel and visitors. It was commissioned in 1904 after the prayer of a wealthy Nice businessman was granted. 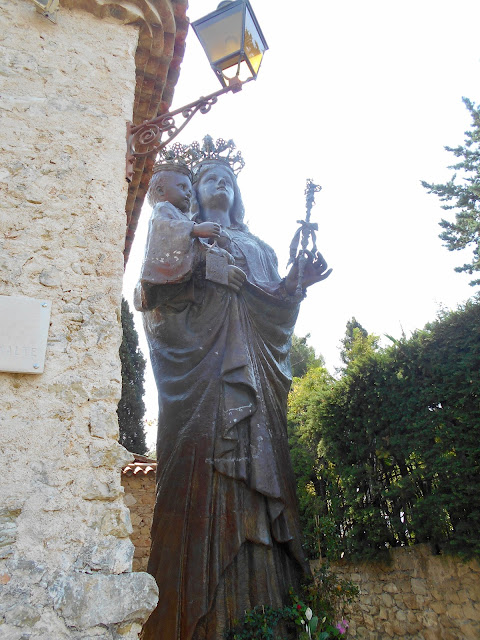 The grounds around the chapel include these shell flower baskets. Beside it is a water fountain. 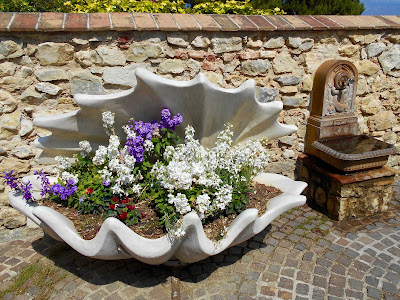 Afterward we walked around the perimeter of the peninsula... ...past the statues that remind visitors of the annual St. Jean Cap-Ferrat Jazz festival and where I insisted we use them as a photo op - much to John's chagrin! 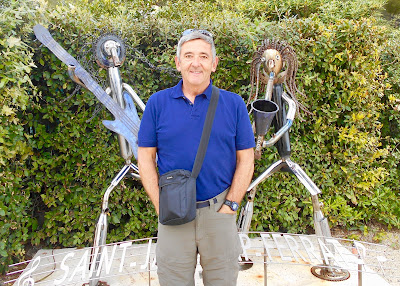 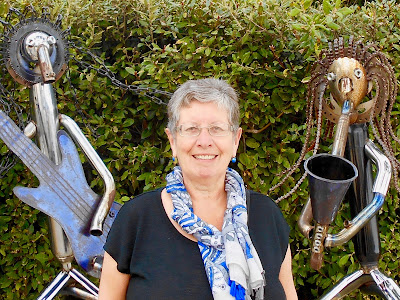 Back in town we stopped at a restaurant for a glass of wine. It seemed fitting a dish of crackers that just happened to be Jake's favourite brand were offered along with the wine. 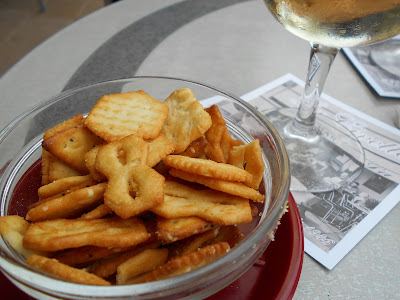 He and Petra first brought us to Nice. RIP Jake.