The warm summer temperatures and brilliant sunshine during our four days in St. John's prompted us to hit the road on day one and see the coastal communities. Our first stop south was Ferryland. It was here in 1621 that George Calvert (aka Lord Baltimore) founded a permanent settlement. Prior to this it had been used as a station for migratory fishermen from France, Spain and Portugal. 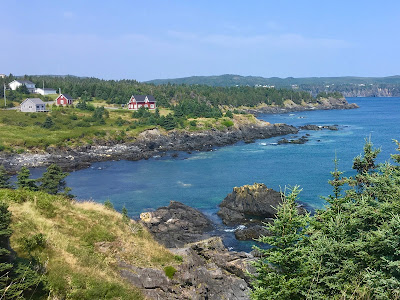 The Ferryland lighthouse is a lovely 20-minute walk from the car park. 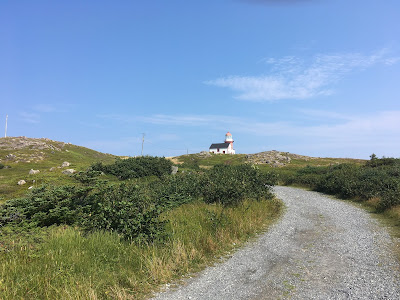 Everyone recommended we partake in the Ferryland Picnics, but it was closed the day we visited and apparently one needs to make reservations months in advance. Had we known we would have packed our own. 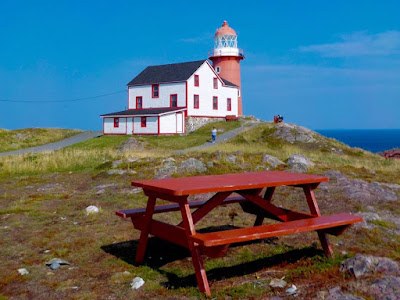 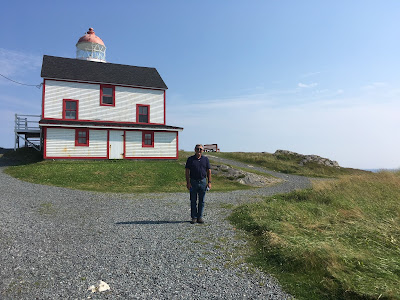 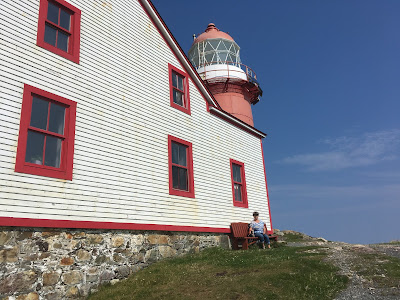 This next photo is an accident and while I have no idea how it happened one has to admit the end result is rather impressive! 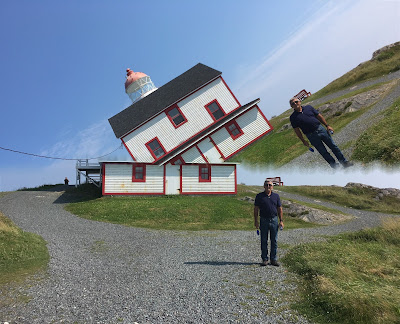 The views of the Atlantic from the base of the lighthouse are breathtaking. 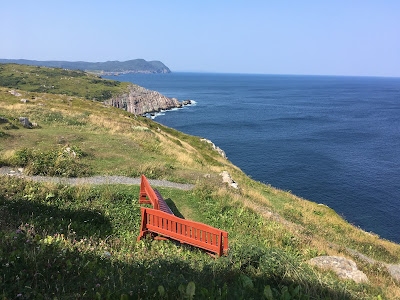 Both John and I took some time just to sit and soak it all in. 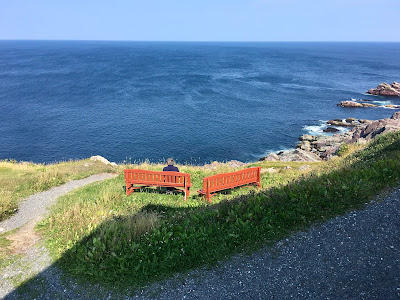 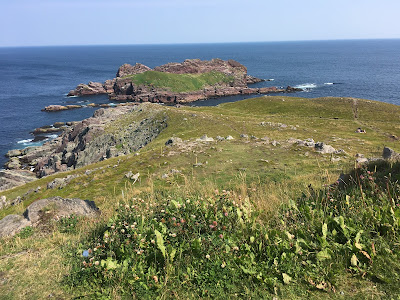 From Ferryland we drove back toward St. John's and spotted this oil rig not far from shore. 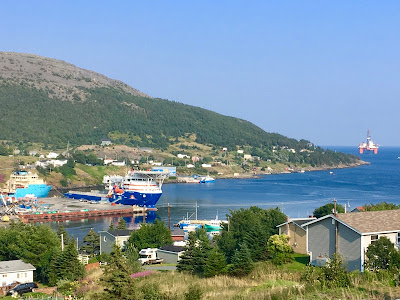 We decided with all this sunshine and clear blue skies it would be the perfect time to visit Cape Spear -North America's most easterly point. It, too, has a lighthouse. 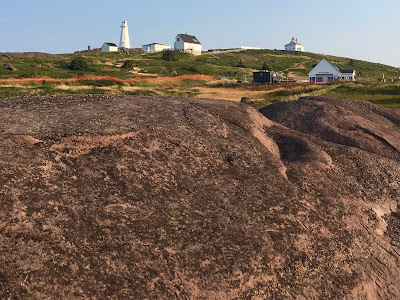 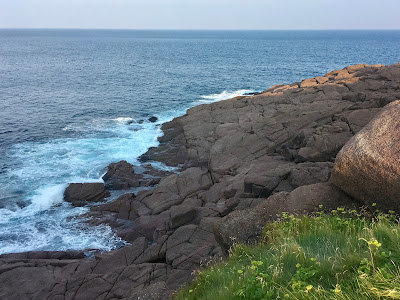 The elevation from sea to lighthouse is considerable. This next photo shows the parking lot from the top while the next gives some idea of the number of stairs. 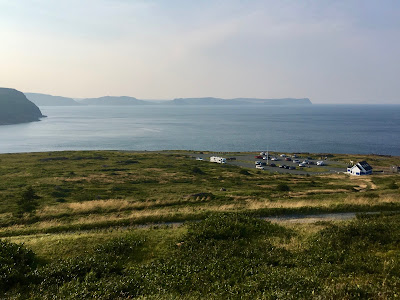 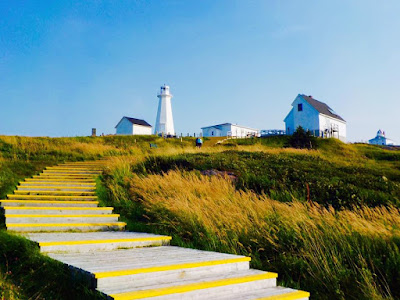 The view, of course, is well worth the effort. 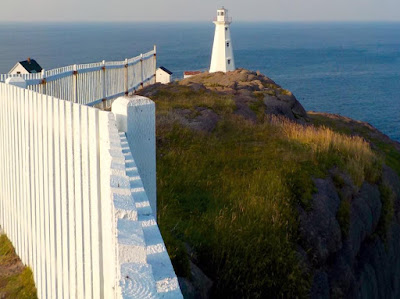 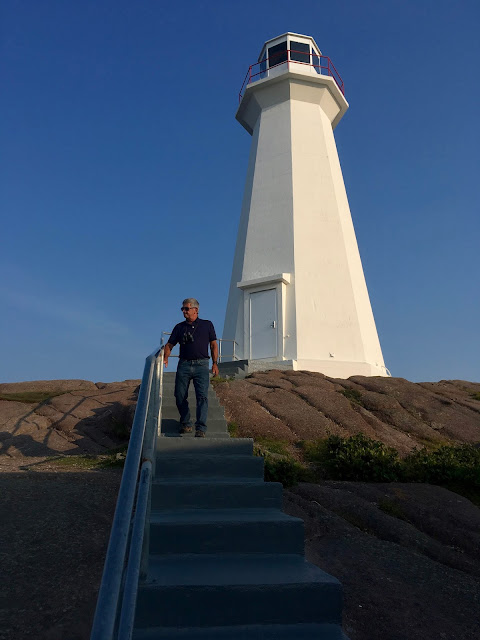 We spotted red Adirondack chairs everywhere we visited. They were at Ferryland, here at Cape Spear and also at Signal Hill - and nine times out of ten they were being used! 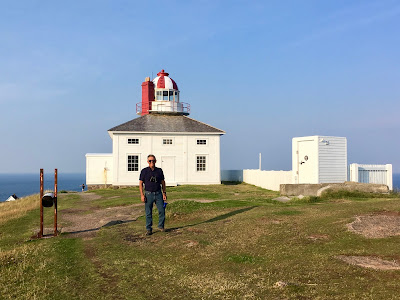 It was also possible to walk closer to the shore. 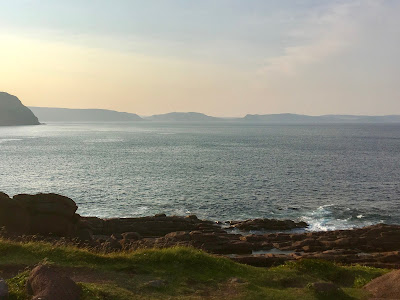 Despite the signs warning visitors to be cautious this group decided to throw caution to the wind. 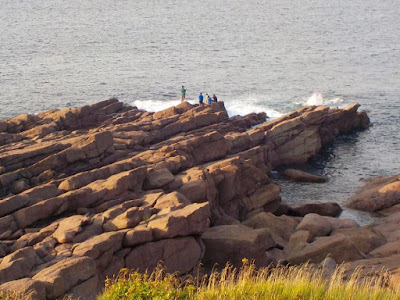 Looking back and upward to the Cape Spear lighthouse. 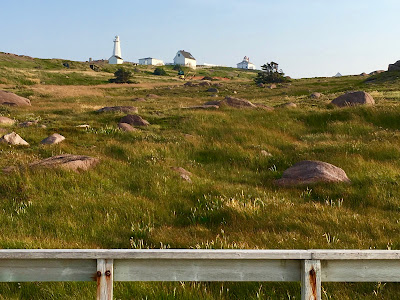 Last, but not least, we visited Signal Hill. It played an integral part of the St. John's defence systems from the 1640s to WWII. 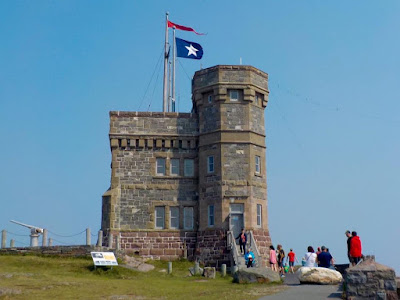 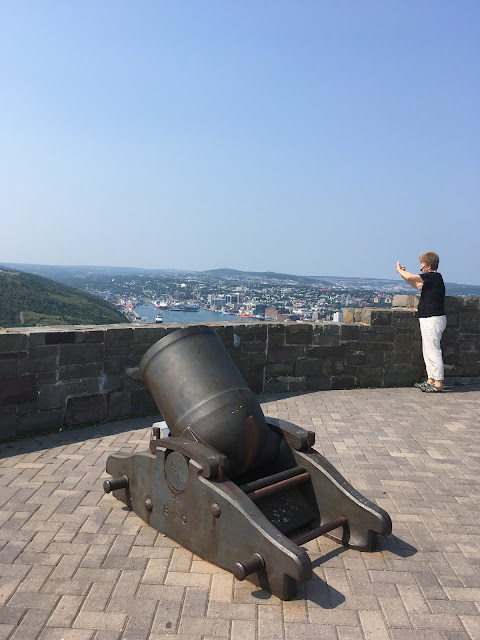 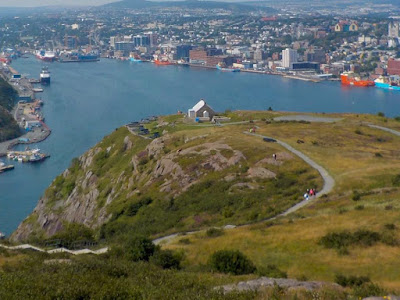 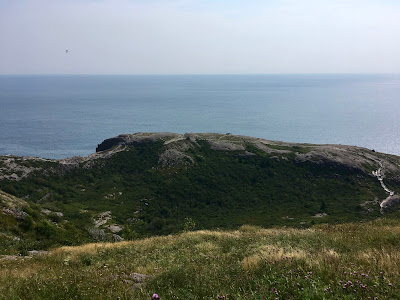 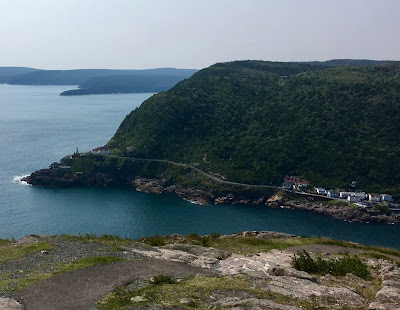