Cape Bonavista's Lighthouse captured John's attention the moment he learned one of its lights came from Scotland's Inchcape Rock made famous by Robert Southey's poem of the same title. 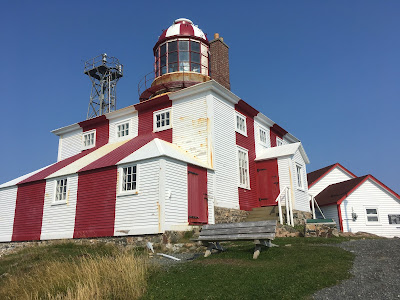 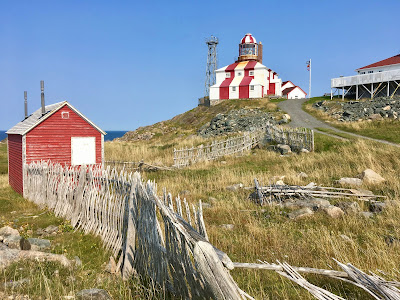 Built in 1843, Cape Bonavista lighthouse is one of the few in the world where one can climb up the stone tower and see the same seal oil fuelled catoptric light apparatus that was used in the 1800s. 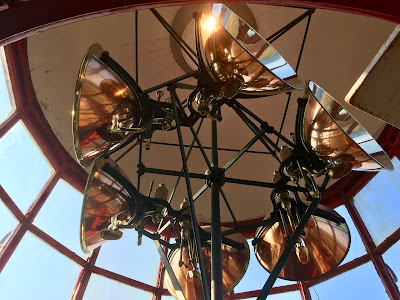 As one would expect the lighthouse is perched on a peninsula jutting far out into the sea. The land around it is spectacular with windswept cliffs that reminded me of Sagres, Portugal. 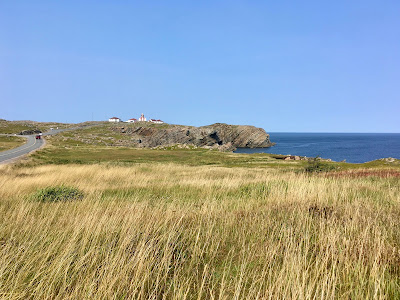 Just off to the centre left of the photo above is a road that leads to a parking lot and from there a statue of John Cabot. Naturally we had to pay homage to this explorer. 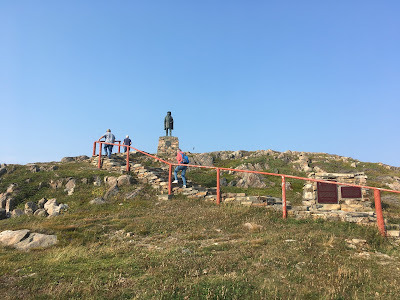 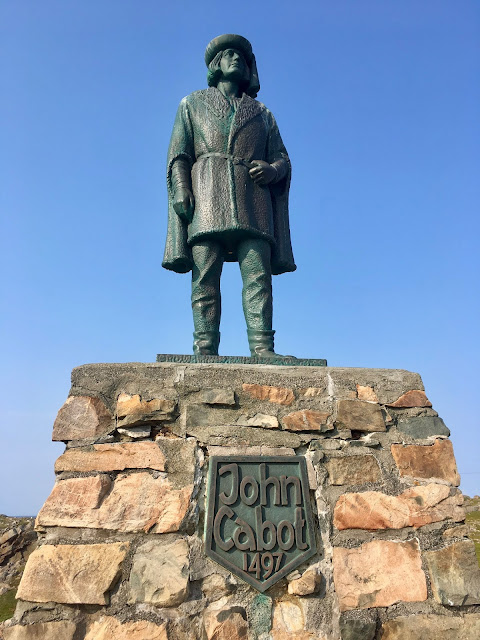 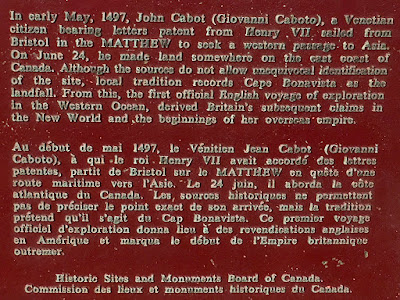 The lighthouse is unique in that the keeper's home is built at the base and around the stone tower rather than being a separate building. This is noticeable in the slightly curved wall of the fireplace below. 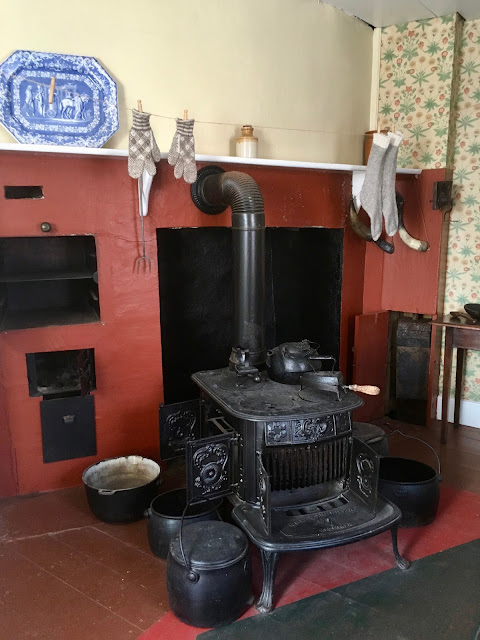 The furniture is not original, but is from the same time period. 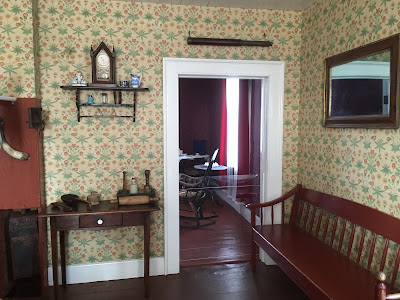 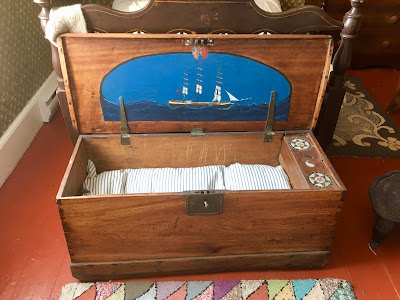 About two kilometres away from the lighthouse is the Dungeon Provincial Park. 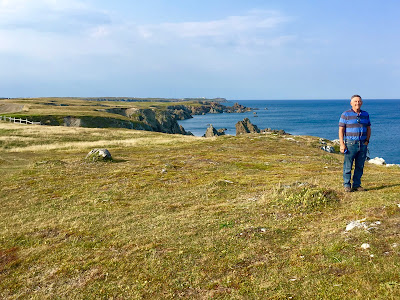 The park features two sea caves or circular openings in the rocks that give way to two channels allowing the sea to rush inwards. 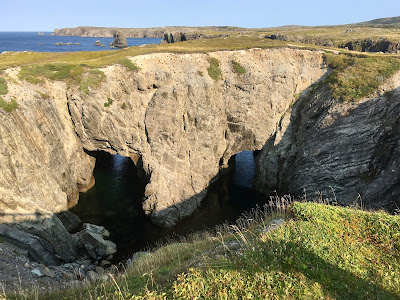 The perimeter of the hole was impressive and there are paths to walk around it. The people on the opposite side are barely visible and give some idea of the size of the sea caves. 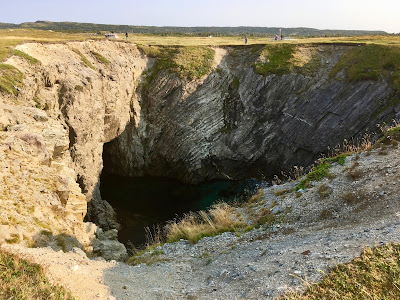 This remote place was hypnotic and we allowed ourselves plenty of time to just stand still and look out at the rugged shoreline and sea. 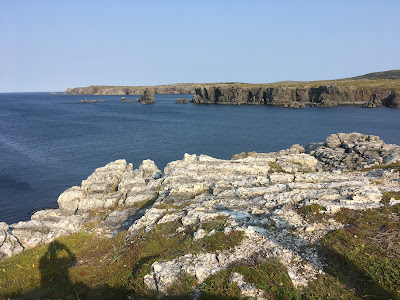 The home with a covered porch off in the distance tempted me to stay even longer! 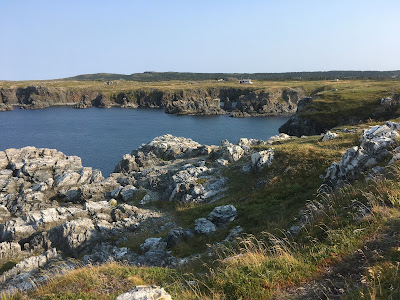 Cape Bonavista's lighthouse and the Dungeons Provincial Park was one of our favourite places in all of Newfoundland.