We'd dreamed of doing a Newfoundland housesit for a good many years and in late August it became a reality. We arrived in Clarke's Beach, a small community about one hours drive from "town" (which in Nfld means St. John's as it is consider the ONLY town) and were greeted with open arms by homeowners, Antje Springmann and Dennis Minty. 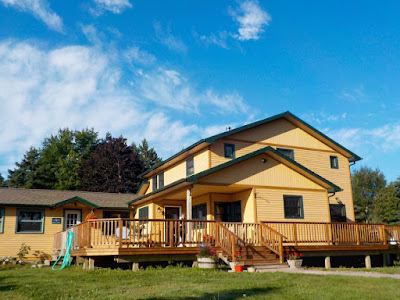 These multi-talented folks are among other things photographers, authors and private tour operators. While they escorted an Ontario couple around the French islands of St. Pierre/Miquelon this past week our role has been to care for the animals in their absence from August 27 through September 3.

It's worth noting we've looked after a great many pets over the years, but have never enjoyed the company of such calm, relaxed creatures en masse - ever. The sheep savoured a scratch behind the ears, while the chickens and roosters ran to greet us whenever we were outside. Perhaps the gentlest of all, however, is Thule (pronounced Too-Lee) a 110-pound Bernese. 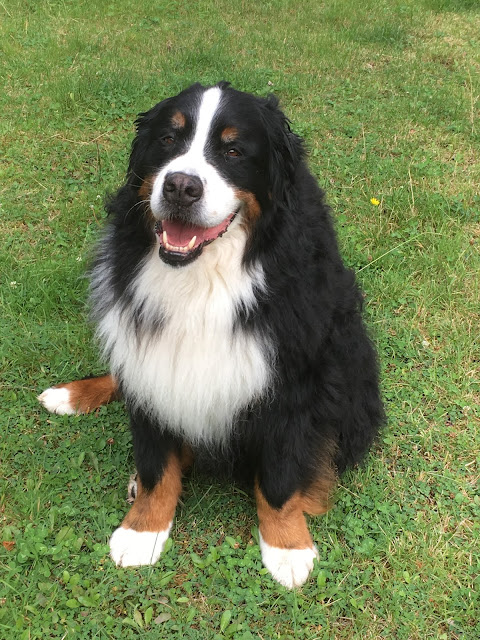 Maya is the resident night time hunter and day time sleeper and she enjoys a warm lap now and again as well which suited us just fine 😻. 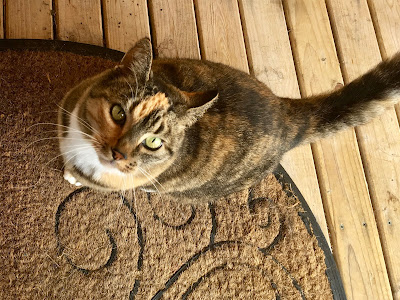 The sheep, Mathilda, Tulip and Tavish, are mesmerizing and both John and I have baaa-ed our replies when they call out to us! Every morning we lead them on leashes to their new pasture area and at night they race back to the paddock without any help or direction from us humans. 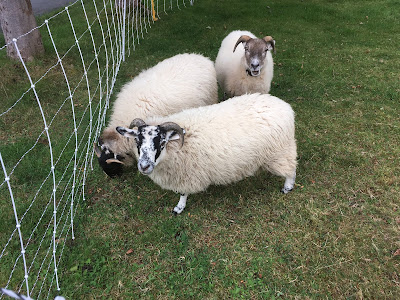 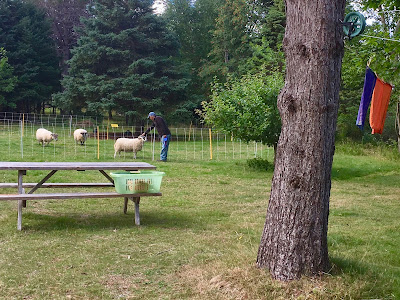 The nine chickens are as distinct in character as they are in colour. 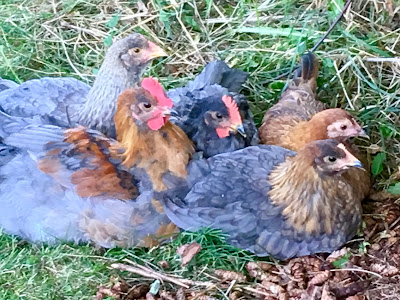 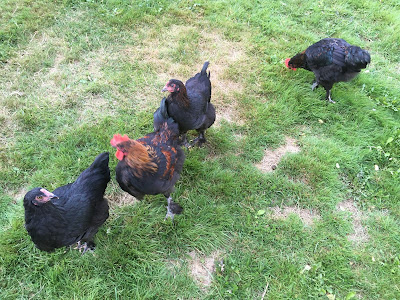 Most times during a housesit we tend to explore the neighbourhood, but this time we were totally content to stay put and enjoy the serenity of the property and pets. Did I mention the home is situated alongside the South River? 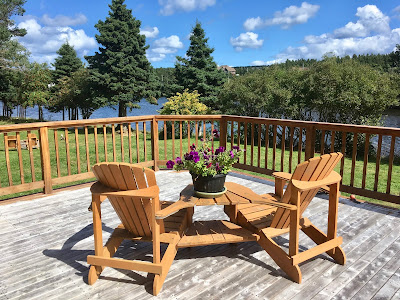 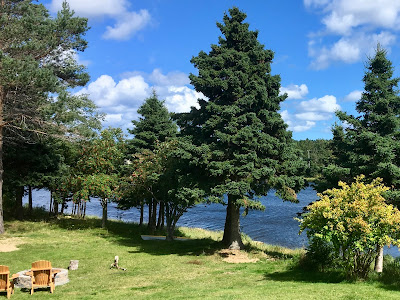 And even better as far as Paddle Boy John is concerned is the resident kayak on the property. Needless to say he took full advantage and ventured onto the South River three times during our stay. 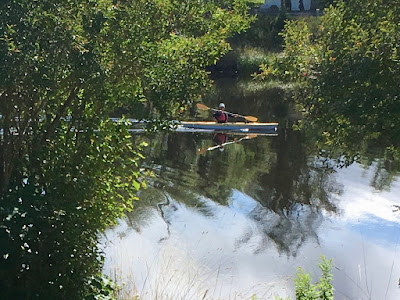 These next photos John took while onboard the Clarke's Beach kayak and it's easy to see why he loves it as much as he does. 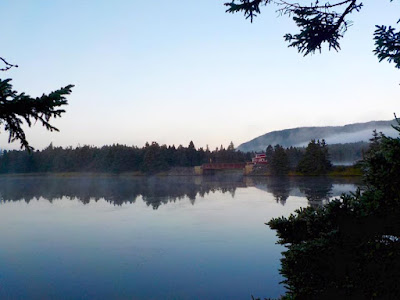 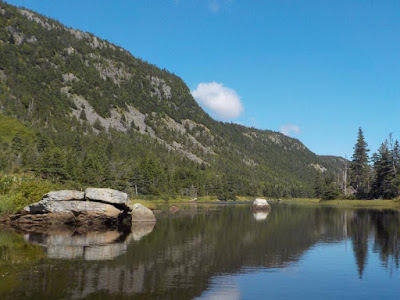 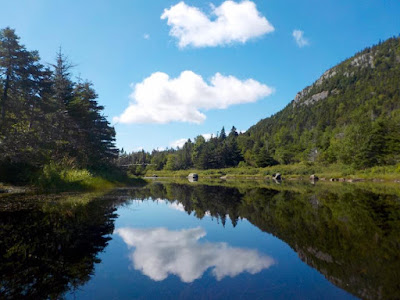 We could not have wished for a more wonderful Newfoundland housesit and want to express our sincere gratitude to Antje, Dennis and the entire crew for such incredible memories. 😁