Small, local museums are often overlooked due to time restraints, but when we're in an area more than a few days we often find they are a great resource in getting to the heart of a community. Dartmouth's Evergreen House is one such place. 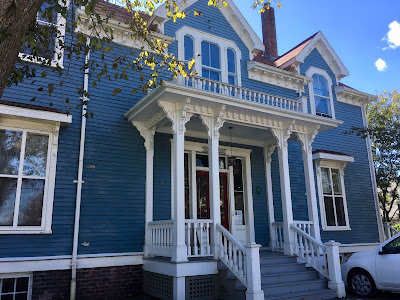 Evergreen House began in tragedy. After losing eight children to disease Alexander and Harriet Hawthorn moved to the "country" in 1867 to escape the city's unhealthy living conditions. 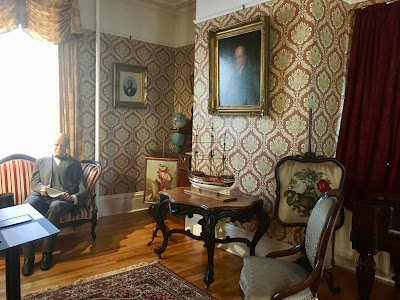 Hawthorn became a Provincial Court Judge, the Schoolmaster of Dartmouth, head of the Regatta Committee and head of the Mechanics Institute which is similar to a modern day community college. 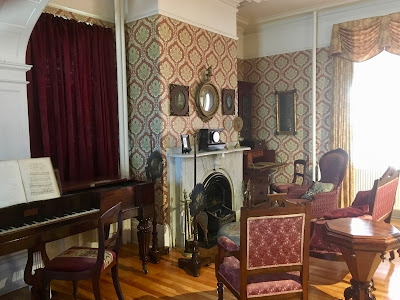 Alongside their three remaining children, the family prospered. This sitting area overlooks the harbour and Halifax. 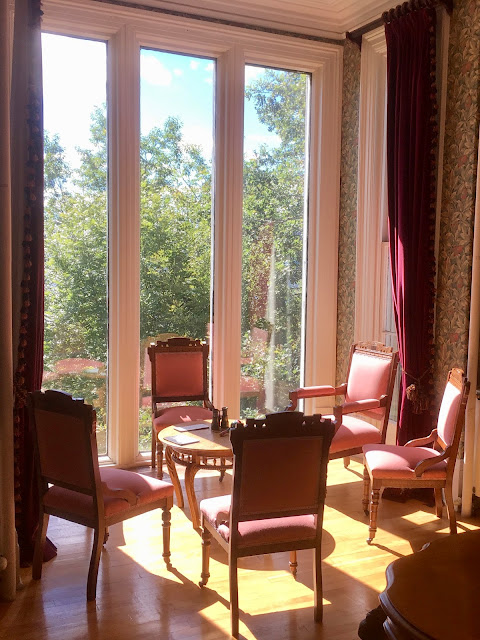 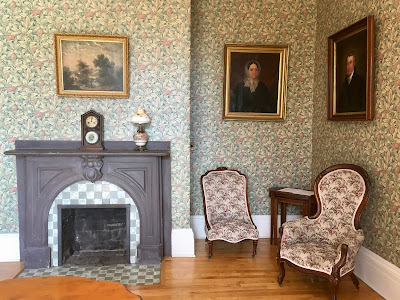 Upstairs was a small, but excellent exhibit dedicated to the 1917 Halifax Explosion. During WWI Halifax was a hubbub of activity as food, unions and troops were transported to England. This collection of ships and their supplies were also a recipe for impending disaster and on December 6, 1917 almost 2,000 people died in the explosion. More than 9000 were injured. 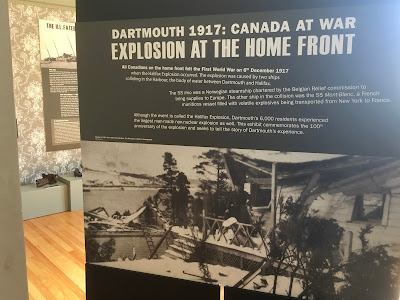 The French ship Mont-Blanc was loaded with 2300 tons of wet and dry picric acid, 200 tons of TNT, 10 tons of gun cotton and 35 tons of benzoin - a highly explosive combo. When the Norwegian vessel, Imo, struck the Mont-Blanc bow fire broke out. The French captain, pilot and crew knew the immediate danger and abandoned ship. They took refuse in Dartmouth. 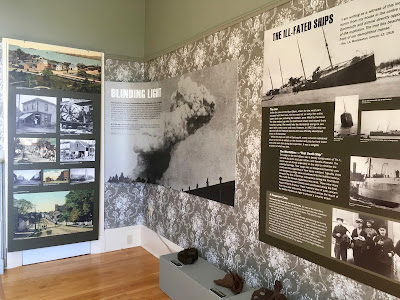 Once on land they continued running as far inland as they could get. One sailor shouted at a young mother to warn her, but not speaking French she ignored him. In retaliation he snatched her child from her arms and continued running. Furious, she followed. His actions saved both the mother and child. Twenty minutes after the collision the Mont-Blanc exploded. 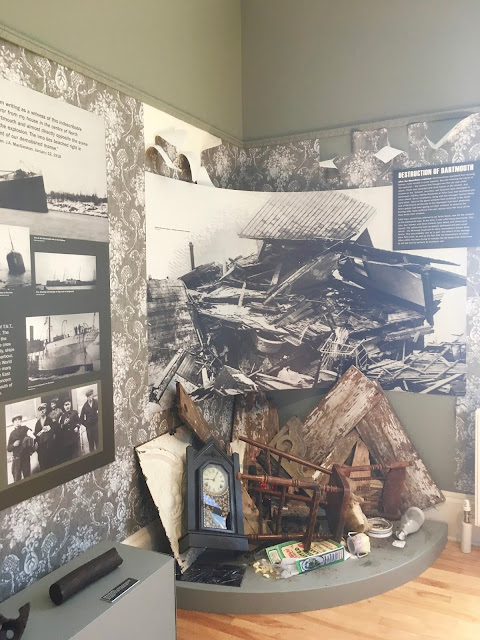 A cloud of white smoke rose to over 3600 metres (11,800 ft). A shock wave was felt as far away as Cape Breton and PEI. More than 400 acres were completely destroyed, the harbour floor was momentarily exposed by the volume of water that vaporized and a resulting tsunami rose as hight as 18 metres (60 feet) above the high-water mark on the Halifax side of the harbour. 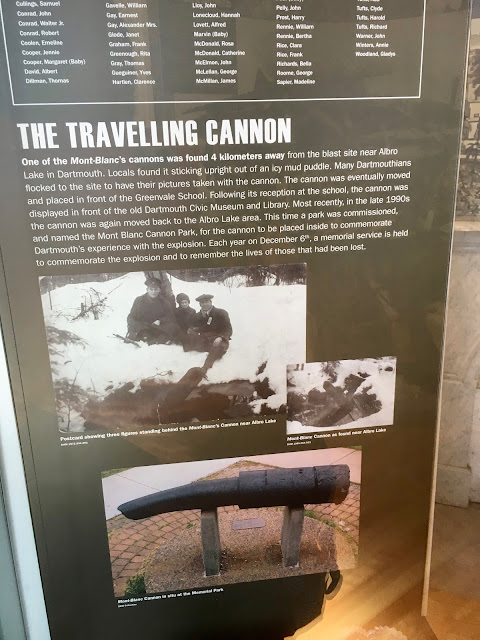 Rather subdued by the enormity of the explosion we headed back down to the basement of Evergreen House and toured the carriage house that fittingly showcased an exhibit of camera equipment. 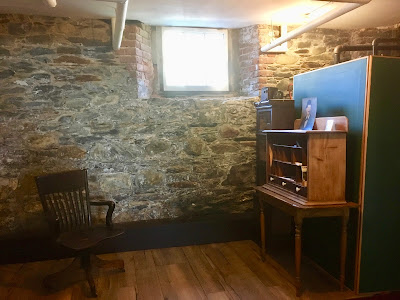 Small museums such as the Evergreen House rely on volunteer staff, visitor donations and support  from local and provincial governments, but so often flourish thanks to the devotion of the community. This stately home is a wonderful reminder of the way things were more than a century ago. 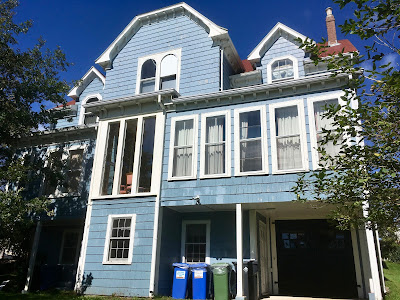 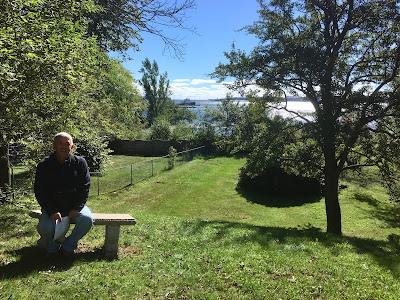