After a smooth overnight Westjet flight across the pond we had another full day's travel from Gatwick to London and onto Berwick-Upon-Tweed in Northumberland.

We've passed by this picturesque town numerous times on the train and have longed to explore it on foot. As our next housesit is in Edinburgh, this seemed the perfect opportunity to do just that.  What initially caught our attention are the bridges that cross the River Tweed. The first one is used by the railways while the others are for automobiles and pedestrians. 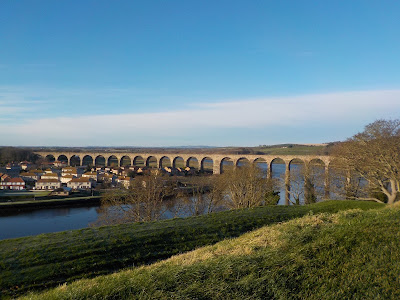 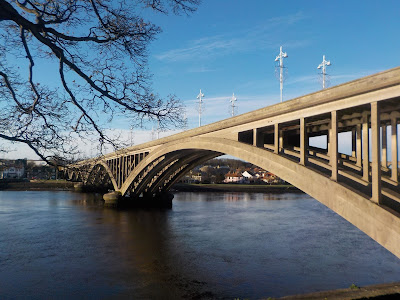 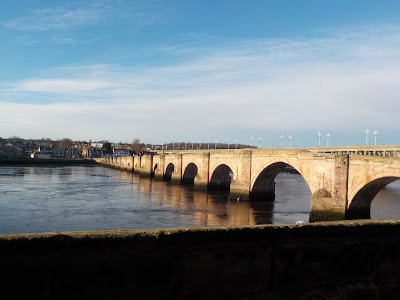 We stayed at the Parade School Guest House. Our hostess, Anne, was an absolute gem. She welcomed us with a wide smile and warm hug and quickly got us orientated to our new surroundings.  And fyi she also serves a mean smoked salmon and scrambled egg breakfast!

Directly across from the B&b are two churches. St. Andrew's Wallace Green (below) is one of only eight Church of Scotland congregations in England. The first service was held here in 1859. 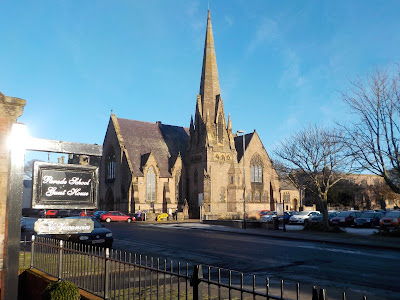 Next door is the Berwick Parish Church built between 1649 and 1660, but there has been a church on this site for more than 900 years.

While we'd always admired the beautiful river setting of Berwick-Upon-Tweed, we only just learned it is a walled city. Little remains of the first walls built by Edward I (1272-1307), but its Elizabethan walls built in 1558 are still intact. Built to keep out the marauding Scots who frequently laid claim to Berwick-Upon-Tweed it was the most expensive undertaking of England's Golden Age.

It's possible to walk all the way around the Elizabethan walls in an hour or less and that's exactly what we did on a brisk Saturday morning. 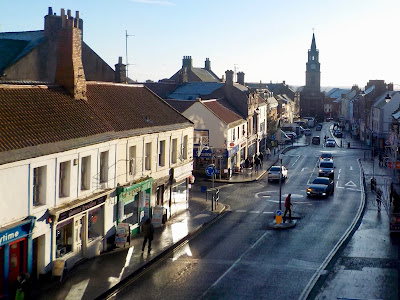 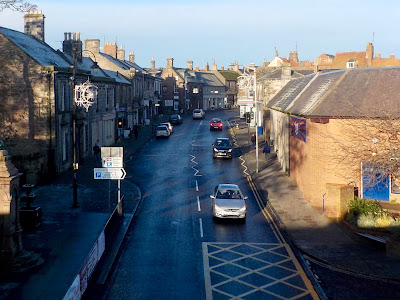 Along the way we admired how the town's inhabitants and buildings meshed seamlessly with the walls. These gardens were spectacular and I had to pinch myself as a reminder it's November! 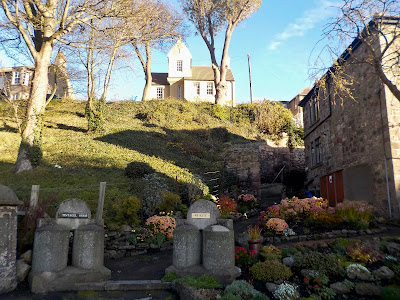 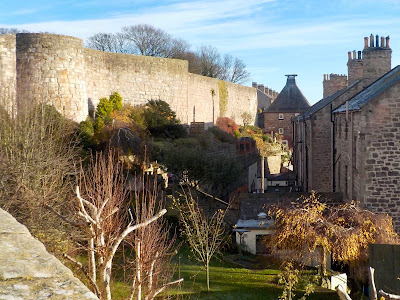 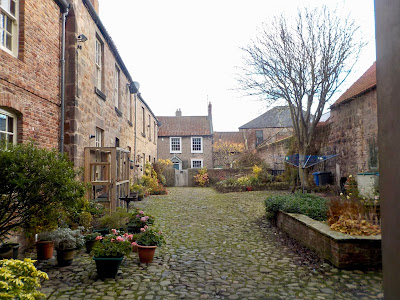 From the moment I spotted the Lion House beyond this wall it captured my attention. 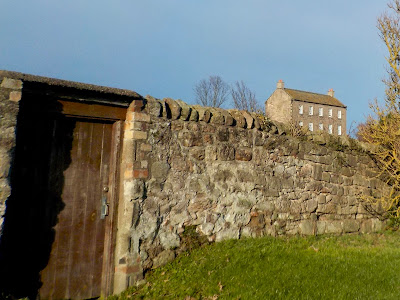 Contrasting with the dark, western sky it loomed high above the town resident's allotment gardens. 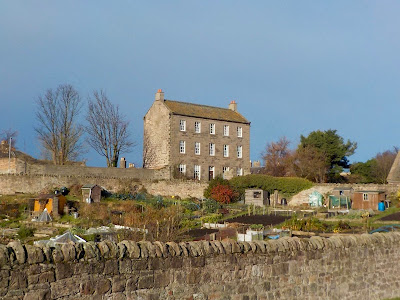 Growing were patches of broccoli, leeks and lettuce surrounded by rose bushes and other flowers. 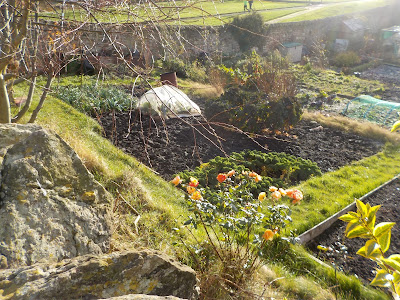 The lions that give the Lion House its name. 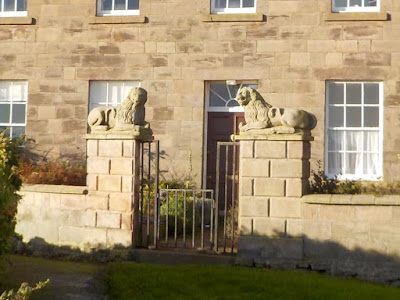 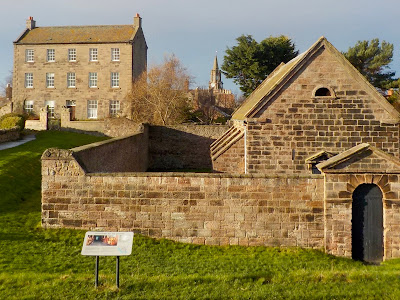 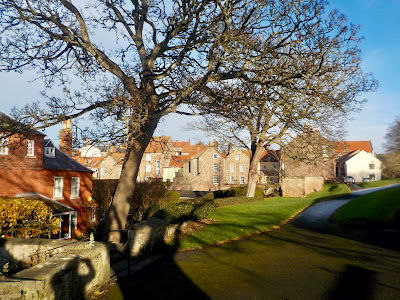 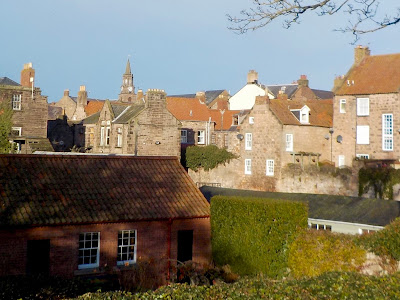 Meanwhile, continuing our stroll along the walls we spotted the lighthouse and a woman walking her Jack Russell terrier. 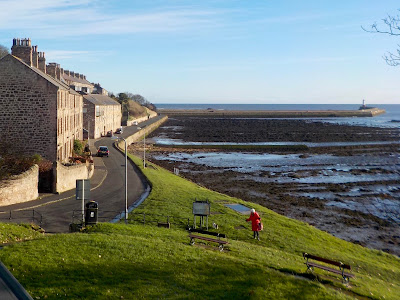 From here it was a short walk back around town to our B&B. 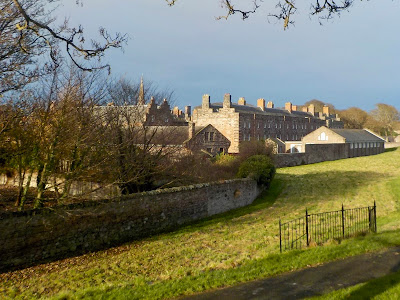 Next stop was the cozy Corner House tea room. Not only did we luck out with the roaring wood fireplace and inviting interior, but tea arrived in a pot and the white chocolate raspberry cake we shared was oh-so delicious. 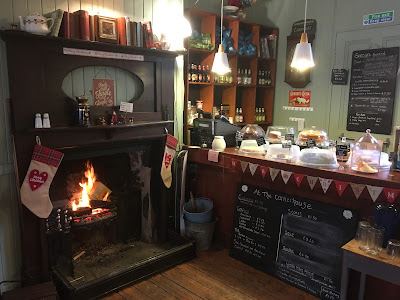 When we wandered inside shortly before noon there were only a few other patrons. By the time we left, however, all tables were filled. 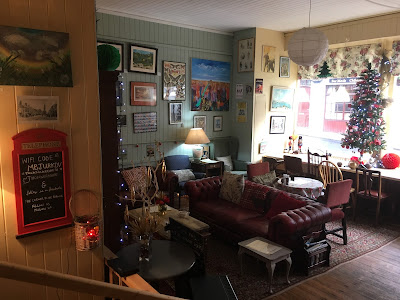 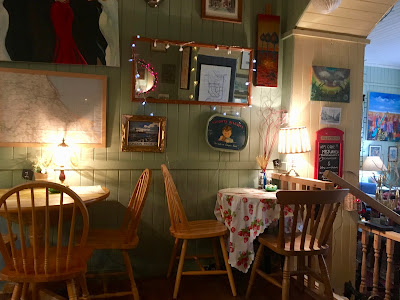 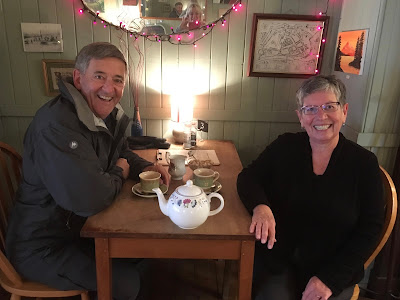 In less than 24 hours we were able to explore Berwick-Upon-Tweed at our leisure and are thrilled we made the decision to make it our first UK stopover. If the travel gods are willing we hope to return someday to see more.