Campbellville With Chimo and Nukka

We're often booked months in advance for a housesit and our recent Campbellville sit is no exception. Last February Gloria and Bob posted their dates on TrustedHousesitters.com and John and I applied. A few emails and a Skype chat later plans were made for us to meet in person in mid June. We had a lovely afternoon with lunch, laughs and of course wine, and that same day we met Nukka and Chimo.

Once the sit began on October 15 John and I quickly learned they had differing personalities. For instance, Nukka is an outdoors girl. She'll dig a hole, chase squirrels and deer or just sit on the grass surveying the property to her heart's content. 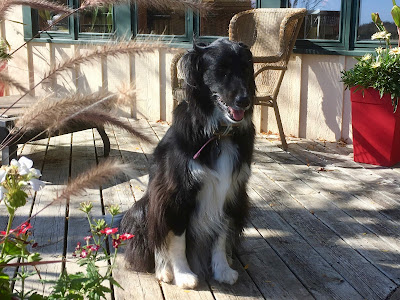 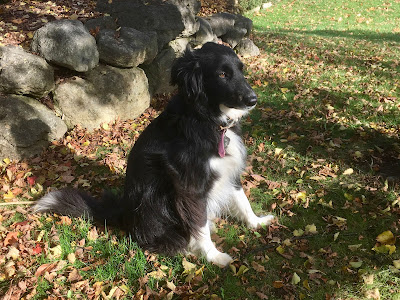 When she is indoors she stays close to the door - just in case a sympathetic human will open it for her. 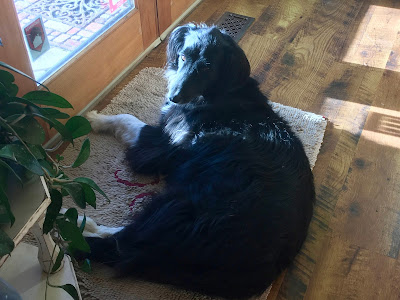 Chimo is more relaxed. Actually a lot more relaxed! He has a box of toys he frequents on a daily basis, but like a toddler hasn't quite learned the knack of returning them once he's finished playing. Nonetheless, he loves a cozy mat or place to soak up a few rays - and once there he'll  hunker down for hours. 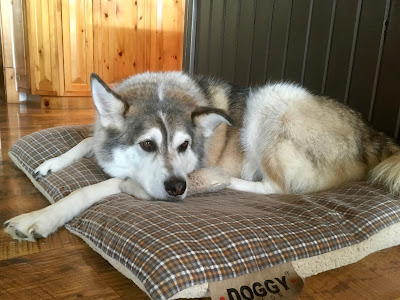 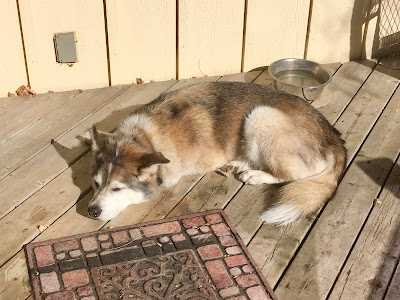 Like a yoga enthusiast he also likes to stretch while he's taking it easy.

When it comes to the humans and their weekly vacuuming routine, Chimo refuses to move unless cajoled or bribed - and even then he'll just find another comfortable place to rest within a few seconds. (Notice the dog beds airing out on the deck rails, so he opted to lie on the carpet that also needed cleaning!) 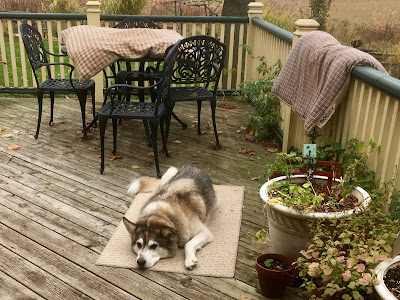 Still, it's easy to understand Chimo's take on life. His country home and setting is peaceful and serene and very conducive to just chilling. 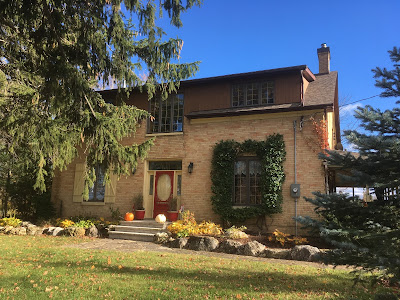 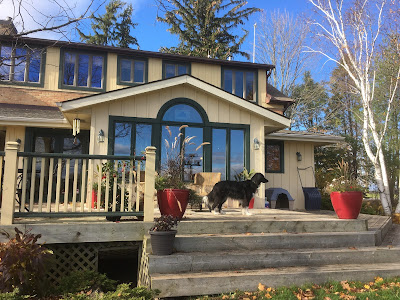 One Saturday evening their best friend Sassy stayed overnight. They've all known each other since they were pups so it was fun to watch them interact and play together. An additional bonus was we got to meet Linda and Claude and as luck would have it they've done a great dealing of travelling so we had plenty to talk about.


Sunrises were spectacular and we were treated to many during our stay. 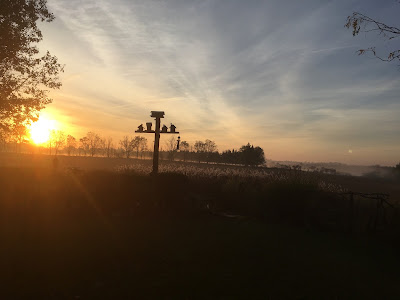 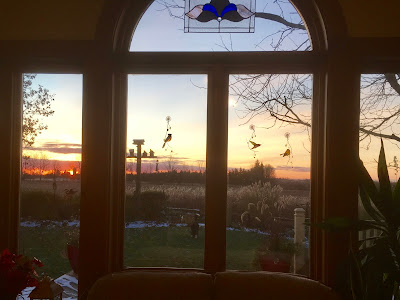 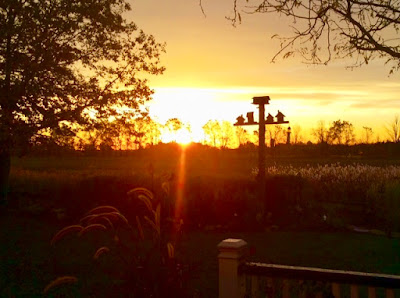 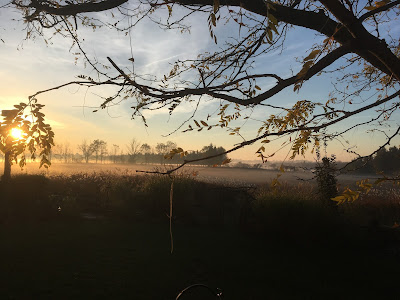 One morning we even had a light dusting of snow. As anyone who knows me can attest I was grateful to see it disappear by the end of the day. 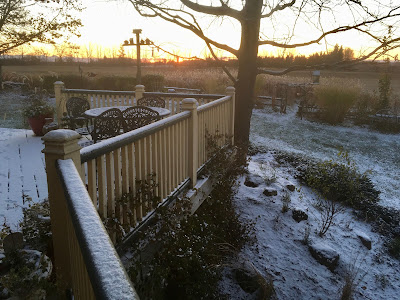 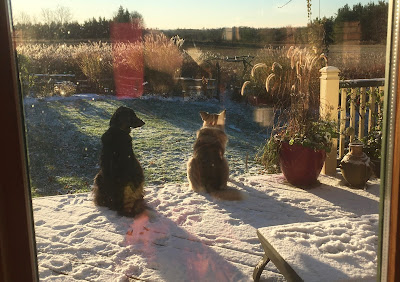 We had a wonderful time in Campbellville with Nukka and Chimo and these two have wiggled their way into our hearts. We're definitely going to miss them. 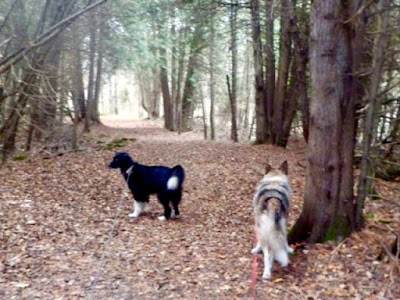 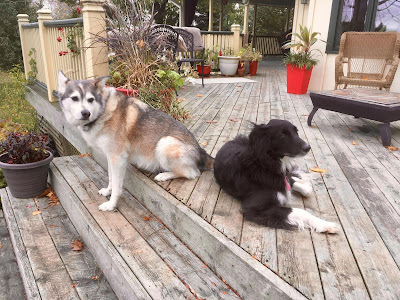 A special thank you to Gloria and Bob for entrusting us to care for their lovely home and adorable pets while they were on vacation. Hopefully our paths will cross again. Hugs!