Just a short ferry ride from our Dartmouth housesit is the capital of Nova Scotia, Halifax. 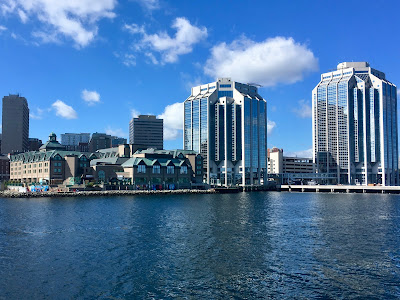 It's harbour is a going concern and the city has much to offer residents and visitors alike. 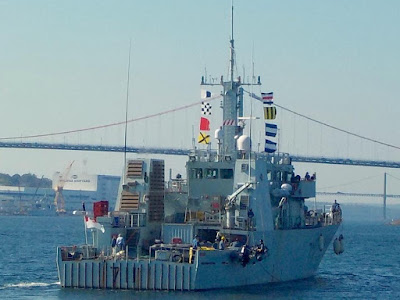 Of course, I insisted we take a selfie on the ferry ride...much to John's chagrin. 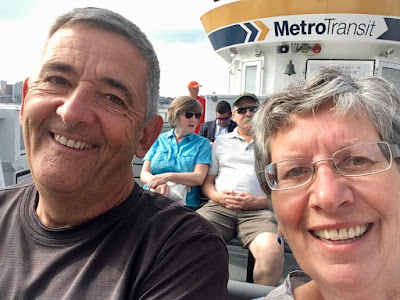 His smile widened, however, when he spotted these kayakers a short time later. 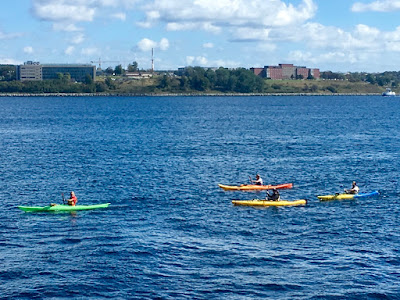 A stone's throw from the ferry terminal is the Historic Properties shopping complex and we naturally took a look. 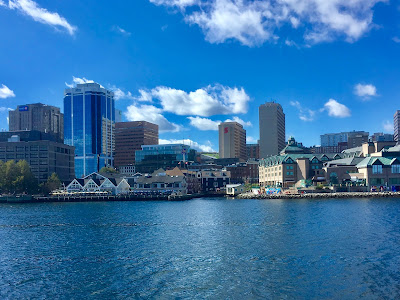 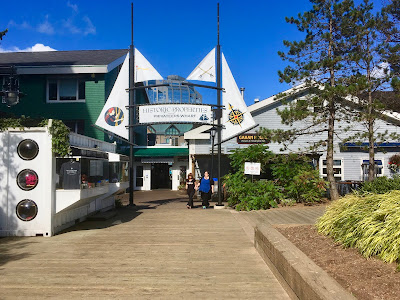 As you can see from the bag John's carrying we even purchased a few items. 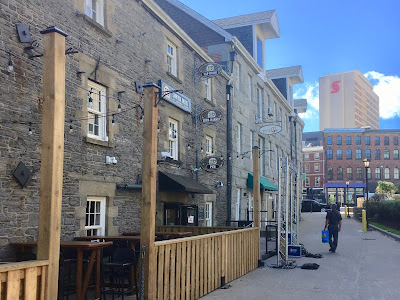 One Saturday we visited the Farmer's Market. It was bustling with activity.

A short stroll away is Pier 21. This was the entry point for one in five Canadian immigrants between 1928 and 1971. 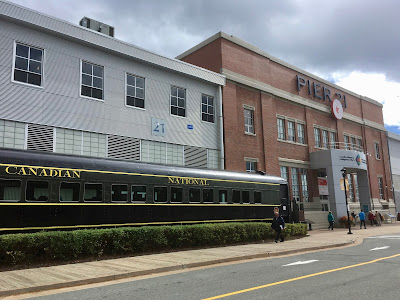 The exhibits were informative and offered a great deal of insight into the process for so many future Canadians, including John's grandfather. A search of the archives provided a little more information on the man. 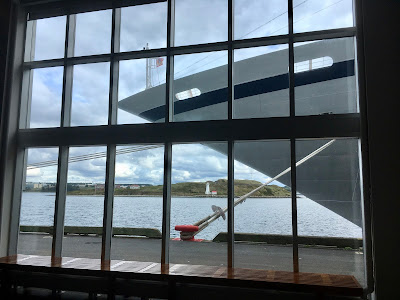 One immigrant story really captured my attention. Before leaving the ship he emptied his pockets of the few remaining coins he had to his name. Why? Because of his overwhelming desire to arrive with nothing and through hard work and determination create a good life for himself and family in this new land. 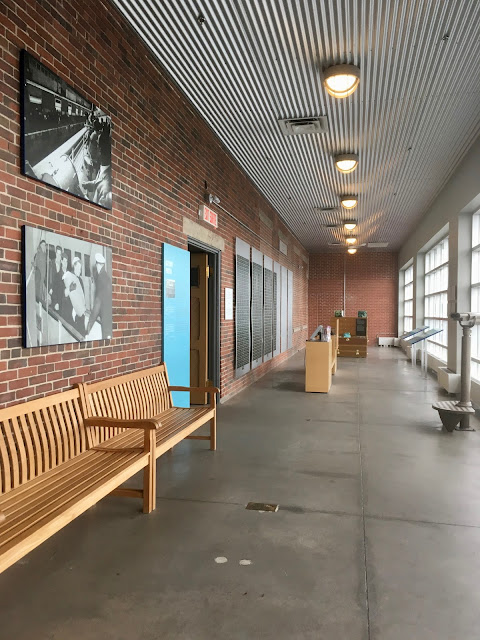 Any visit to Halifax is incomplete without venturing up the hill to the Citadel. It was quite a climb, but well worth it. 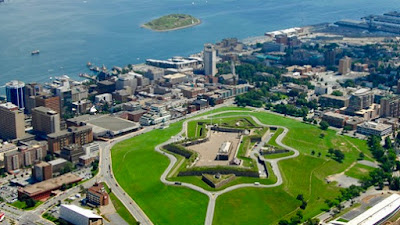 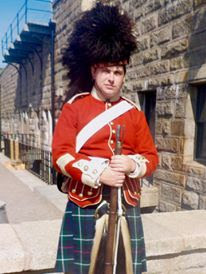 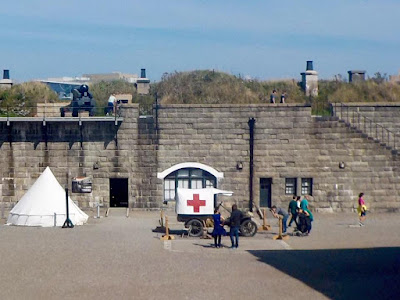 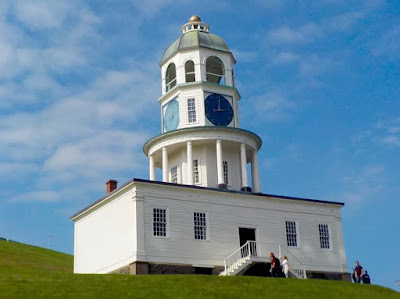 As luck would have it on the return trip to the ferry we stumbled upon the Old Triangle Alehouse. We enjoyed it so much we made a point to return a second time and why not? Guinness poured slow the way it should be to accompany delicious comfort food is always a worth while endeavour. 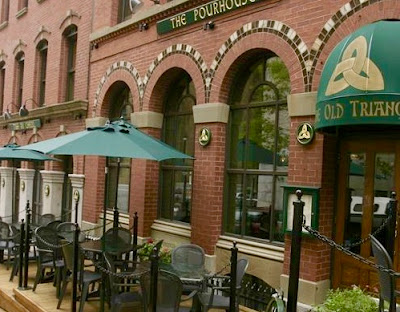 This pub also had a sense of humour. As soon as I spotted Mary Gallager's Irish Stew on the menu with the accompanying explanation "because Mary had a little lamb" I had to try it. It was so delicious I ordered it my second visit as well. John was a little more adventurous. While he also enjoyed the stew, he ordered the Braised Lamb Shank. 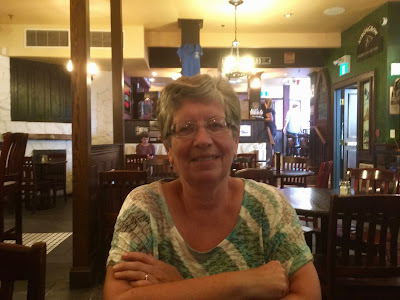 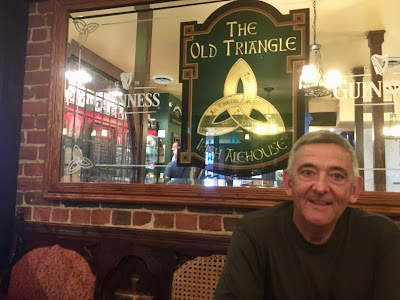 Last, but certainly not least, we ventured a little further south of Dartmouth one afternoon to Eastern Passage to have lunch with Jim and Sue who were passing through on their way back to Elliot Lake. 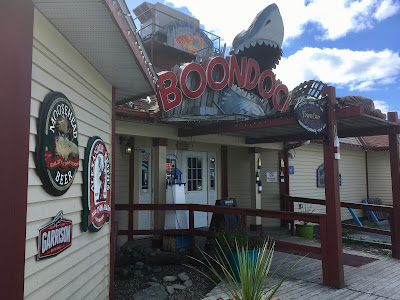 It was great to get together and spend a couple of hours chatting, laughing and just savouring the feeling of being "at home". 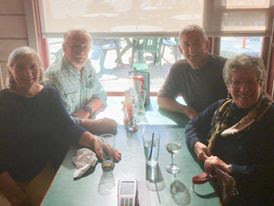 Thanks for the memories, Halifax. We had a blast!