Off to a UK Christmas

While we love warm temperatures and sunshine John and I are excited to return to Britain this week. We're looking forward to the holidays in spite the the short, cool and rainy days we'll no doubt encounter. 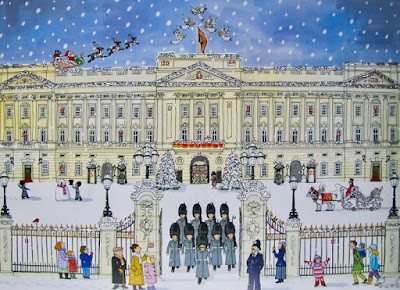 What's so special about the UK at this time of year? It's the little things.

Little things that draw our attention away from the frantic North American consumerism that seems all important at this time of year and allows us to cherish rather than dread the weeks prior to December 25.

These less frantic observances remind us of childhood Christmases. Of simpler times. Of family holidays especially spent with our daughter. Such memories make us grateful for the season. They make it better. More joyous. And definitely a little tastier!

This is a list of those things that makes being in England - rain and all - during the holiday season a very special place indeed.

(1) Mince tarts - They appear on grocery shelves in early November and these tasty, traditional fruit pies start the season off on the right foot. Whether they're from Tesco, Waitress, Marks and Spencer or a specialty shop on the High Street they're a taste sensation that smacks of a British and may I add Canadian Christmas. Served with a cup of tea they're perfection itself. 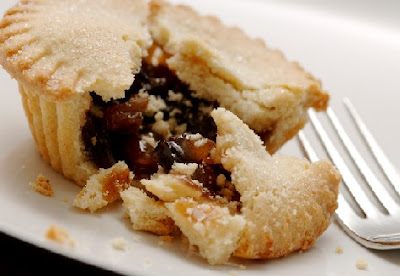 (2) Jumpers - Also known as knitted, long sleeve pullovers the UK jumper requires a holiday theme and is worn by almost everyone regardless of class, age, gender and occupation. What's ever so much fun is spotting a businessman race down a crowded city street with his briefcase in hand while wearing his Christmas jumper. Relatively inexpensive (around 10£) they are a mandatory accessory that bring a smile to one's face. 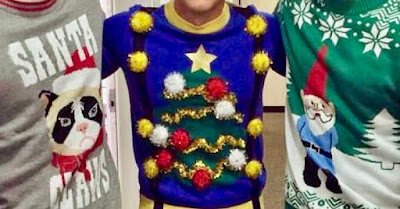 (3) TV commercials - These heartfelt television adverts by John Lewis and other UK department stores do their best to tug at your heart strings. They entertain, make one smile and sometimes shed a tear.


4) Fruit Cake and/or Christmas Pudding - As a child I remember my mother making Christmas pudding and fruit cake months in advance of when they would actually be eaten. I've never attempted to make my own, but a slice of dark fruit cake served with a sharp, nippy cheddar is heaven and the piece de resistance after that Christmas turkey. Another favourite is a bowl of warm Christmas pudding soaked with an extra dash of rum or lemon sauce. Yum! 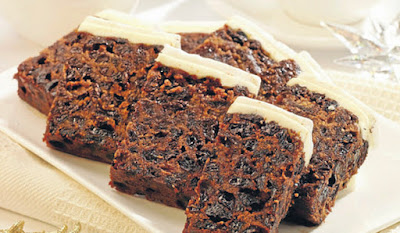 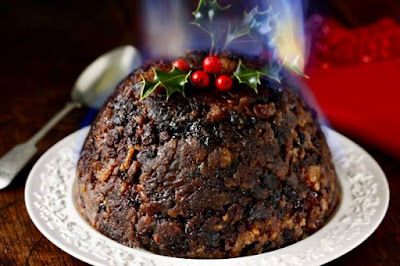 (5) Holly Trees - I'm uncertain if I'd ever seen a real live holly bush or tree until I visited the UK, but they always remind me of the holiday season. It's a joy and honour to walk down a street and pass by a holly hedge or tree. Seeing those shiny leaves and bright red berries make me smile from ear to ear. and John is used to my stopping in my tracks to admire them. 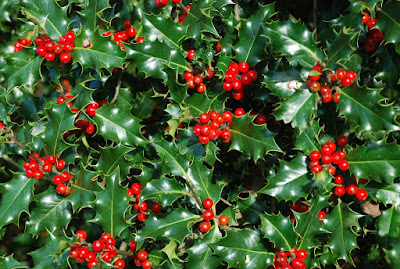 (6) Church Bells - They fill the air with a joyous sound and one does not have to be even slightly religious to appreciate their beauty.

These are just a few of our favourite things that make the holiday season memorable and we're super excited to be spending a few weeks Edinburgh, Stirling and York before settling in with Gorgeous George for the 2017 Christmas holidays. 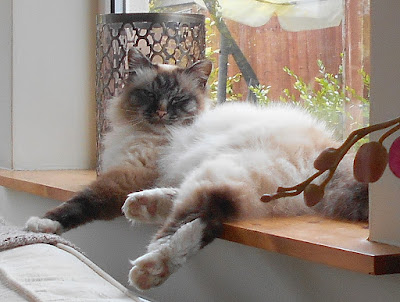