Today marks the end of our latest housesit in Edinburgh with Charley and Bobby. 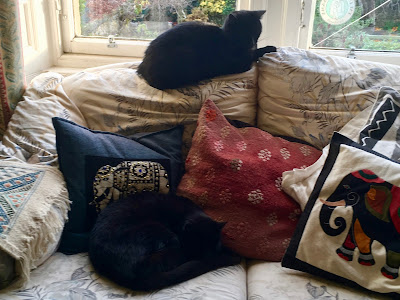 We first met Charley when we took care of him and his brother in October 2015.

Sadly, Leo was ill at the time and passed away in December 2015. Bobby is the newest addition to the household.

He and Charley have a great relationship and we quickly observed that it's a give and take on both sides. For example, Bobby prefers the gravy in his wet food and slurps around the chunks while Charley will wait patiently before gobbling up the chunks left behind by Bobby! 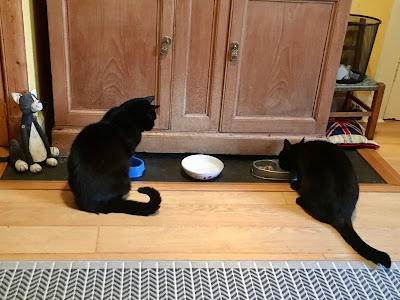 Like most cats they sleep during the day allowing us a few hours to explore the city. There is a vibrancy to Edinburgh that is enticing and in December all the more special thanks to Edinburgh Christmas. 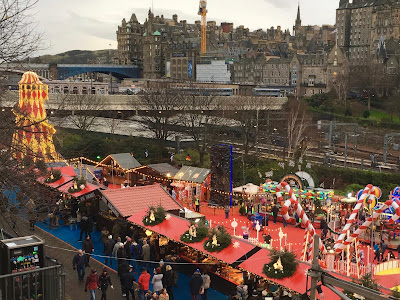 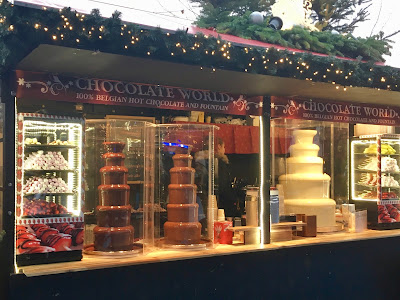 John stopped for a warm beverage that included Baileys. Mmm! 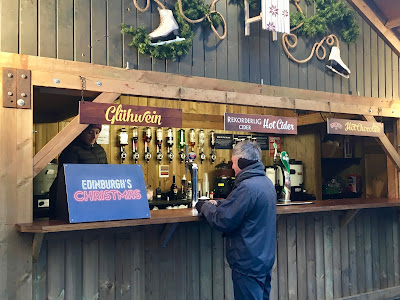 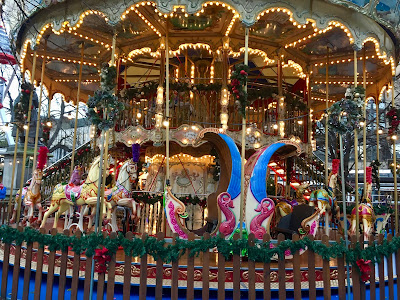 Before we arrived in Edinburgh we had in mind a number of places we hoped to revisit. At the top of our list was the National Museum of Scotland. There is so much to see and do at this incredible museum and with free admission we had zero qualms of returning again and again. 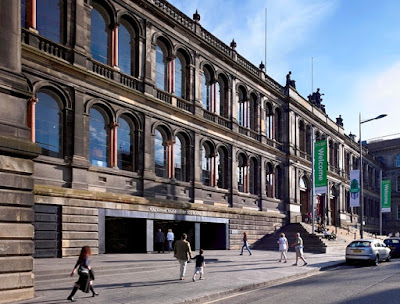 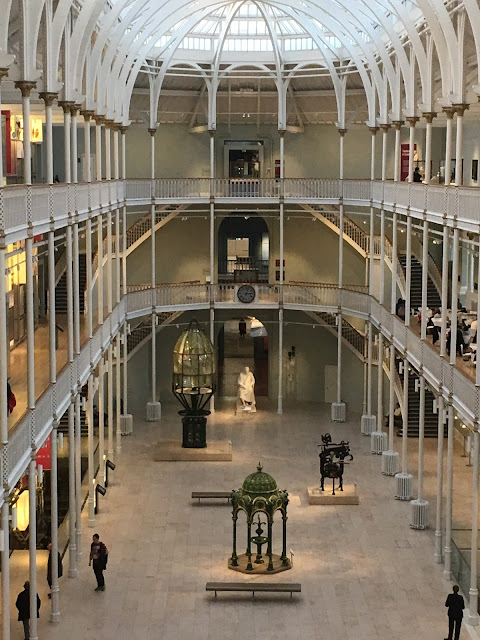 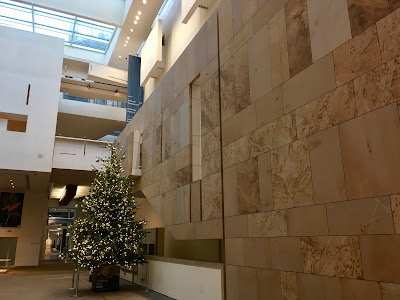 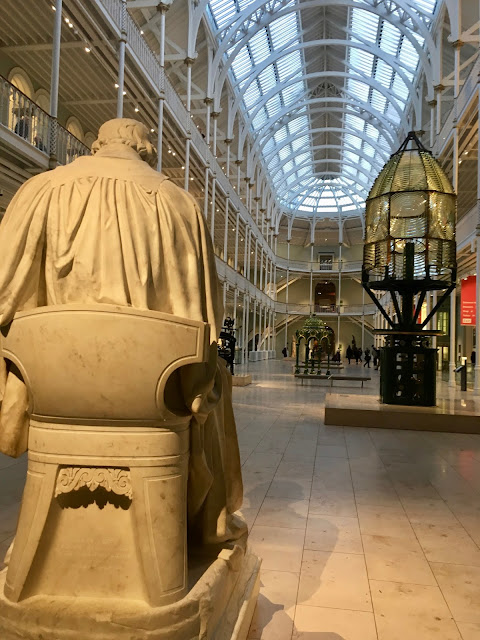 One of my favourite exhibit rooms focuses on the artist's role in society. This includes everything from pottery to silverware to furniture to tapestry and more. 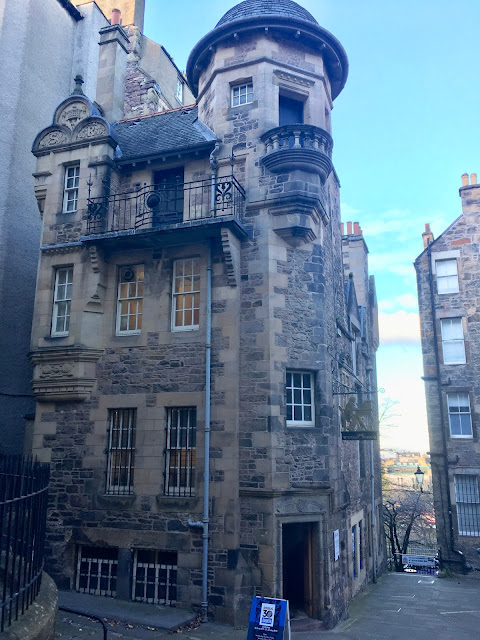 This grand old mansion in Old Town was built in 1622 and the staircase is quite narrow and steep. I cannot imagine navigating it in a floor-length dress! 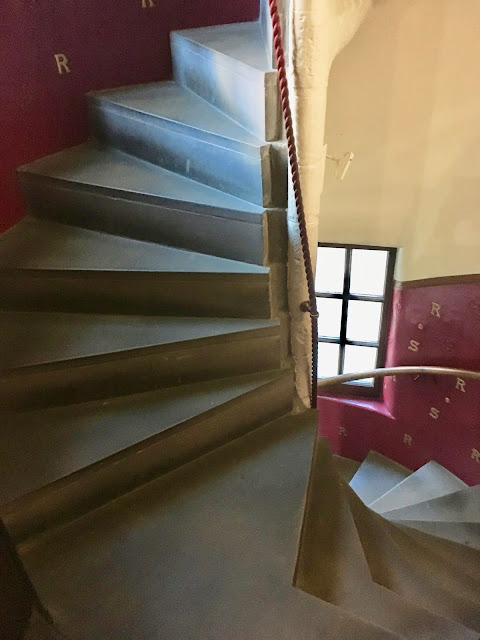 The interior is a beautiful venue that includes Burns' writing desk, a rocking horse that belonged to Scott and a ring of Stephenson's from a Samoan chief engraved with the name "Tusitala" which means "teller of tales". 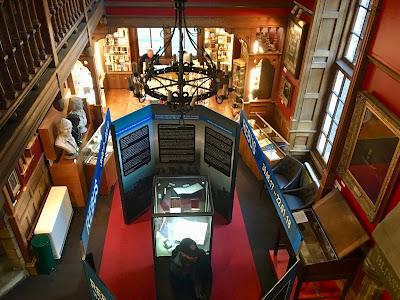 A fourth author, Ian Rankin, of the Inspector Rebus series, was also featured in a special exhibit on the main level. 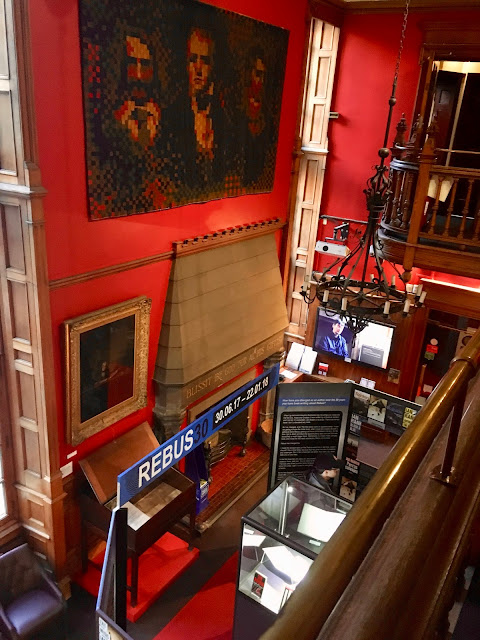 Next stop was the City Art Centre. 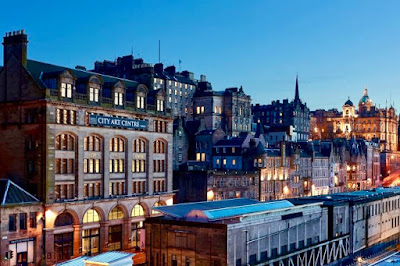 The modern exhibits feature current Scottish artists in mediums from metal to clay and paint.

We also returned to the Scottish National Museum of Art located off Princes Street and visible in the background below (blue banners). 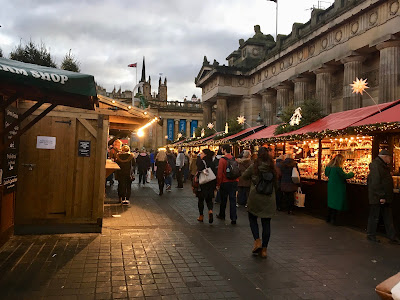 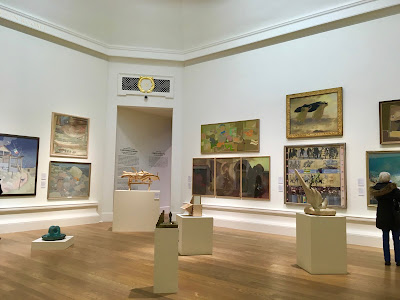 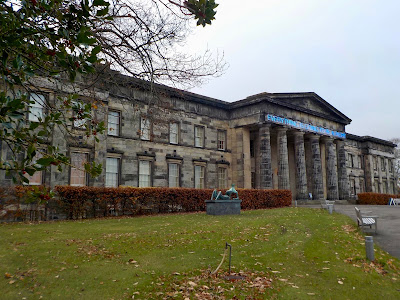 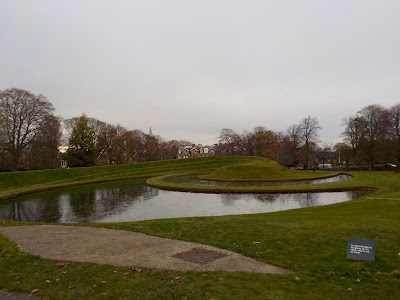 I'm smiling because I finally found someone shorter than me!

We also attended the Giant Lanterns of China exhibit at the Edinburgh Zoo. It was an illuminating evening that required a separate blog post. Details are HERE. 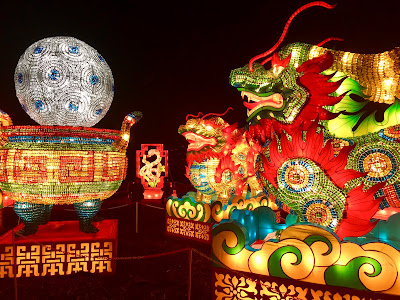 There is so much to do and see in Edinburgh and while this is our third time in the city we still did not do all we'd hoped or planned. Nonetheless, Edinburgh is one of those cities one can return to again and again. In closing we'd like to extend a special thank you to Angela for inviting us back into her lovely home to care for Charley and Bobby. It's been a total pleasure from beginning to end. Thank you SO much!