On our final full day in Edinburgh we took a one-day (10-hour) bus tour of Scotland's "Highland Lochs, Glens and Whisky" with Rabbies. 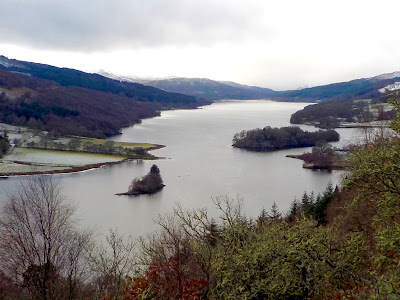 Even though it was mid-December and days were short (it got dark at 3:30 PM) it was still a great day. Our 16-passenger bus included tourists from the USA, Canada, India, Italy, Hong Kong and more - We were quite the international tour! 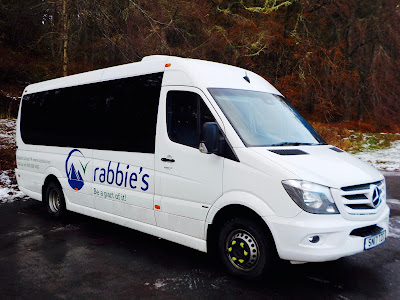 Our first stop was Dunkeld and while we only had thirty minutest to take a quick look around we found a gem when we stumbled upon the cathedral.

It was a cold morning with a heavy frost and black ice made walking treacherous. Inside, students were rehearsing for the Christmas Eve concert and a man greeted us warmly and mentioned we should visit the museum just off to the left of the alter. 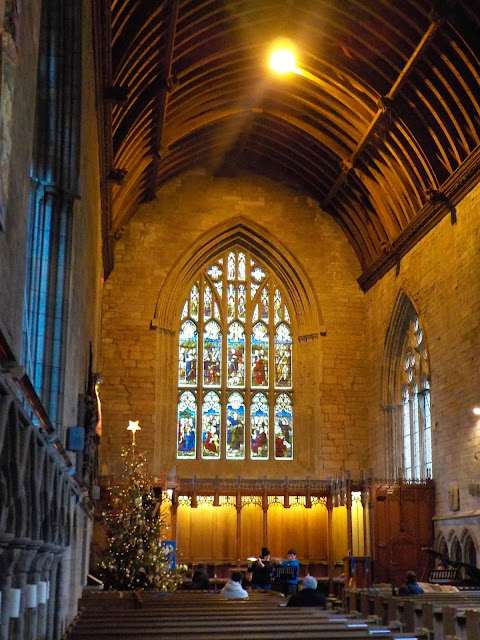 Inside the museum we learned there are five lords and ladies buried in an underground crypt. When the river flooded its banks back in the 1990s a team opted to survey the tomb for possible damage. Not only was it dry as a bone, the photos taken to commemorate the visit were amazing. We wished we could have stayed longer to hear all of the details. 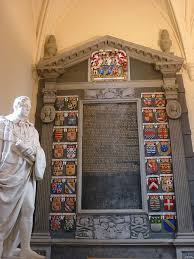 Next stop, a few miles up the road, was The Hermitage. The scenery and waterfalls were spectacular. 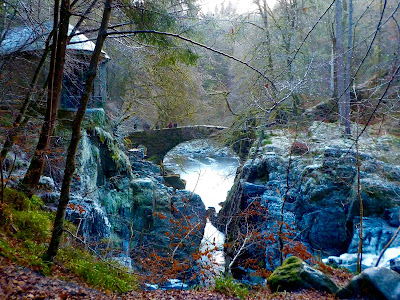 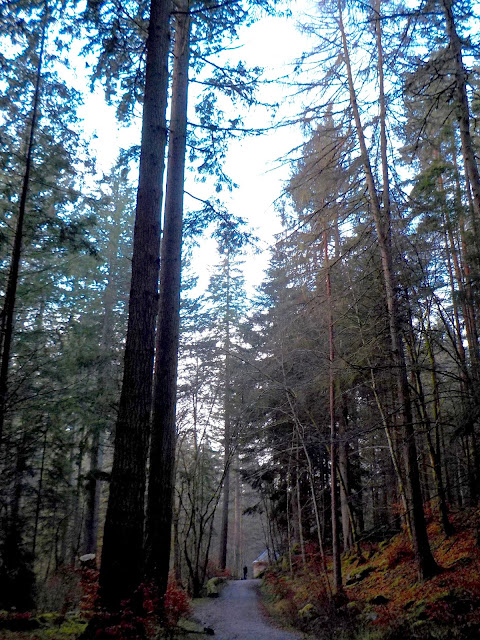 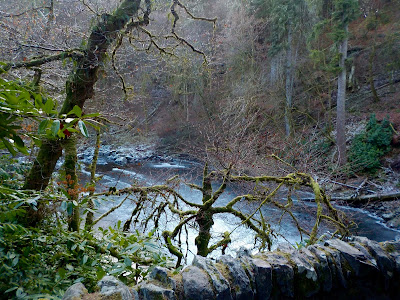 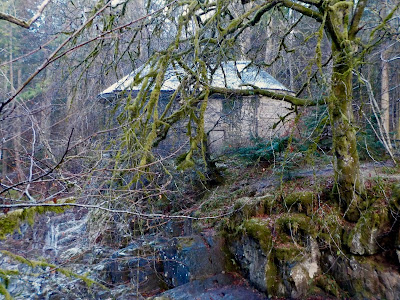 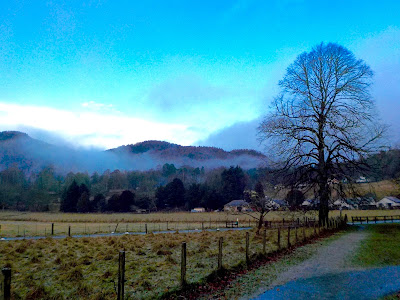 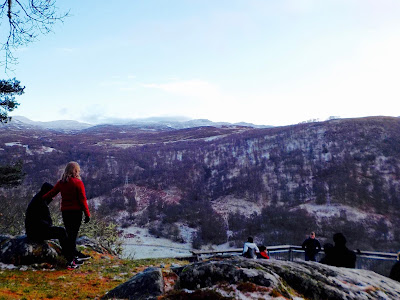 Lunch time found us in the quaint village of Pitlochry. 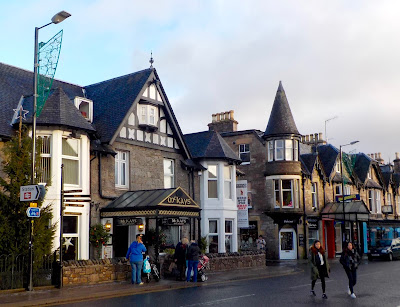 At McKays Hotel, Bar and Restaurant John opted for haggis and thoroughly enjoyed it. To be honest, I wish I'd ordered it as well! 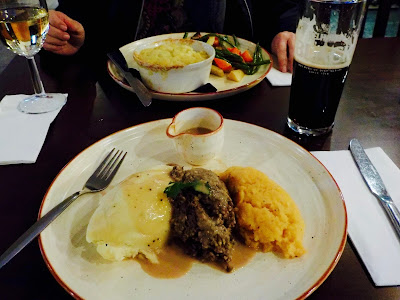 The final stop of the day was Dewar's Distillery in Aberfeldy. 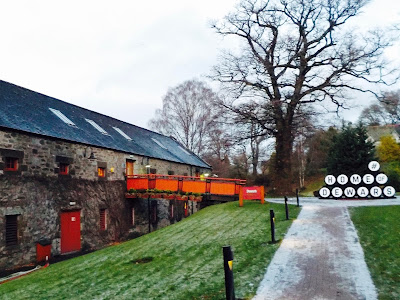 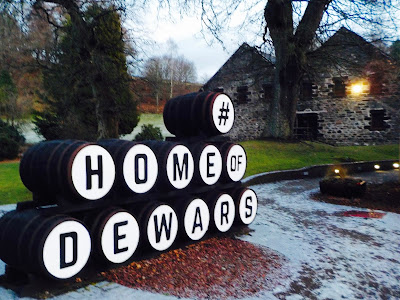 We had a brief tour and lots of whisky sampling. It's here I discovered I'm not really a whisky fan, so John had double the samples and did not complain one iota! 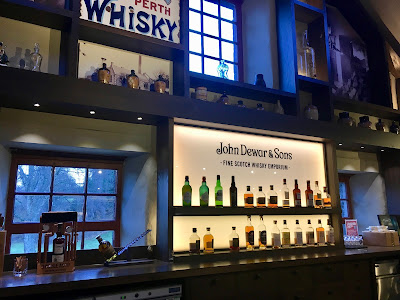 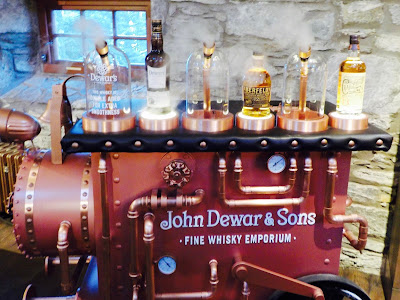 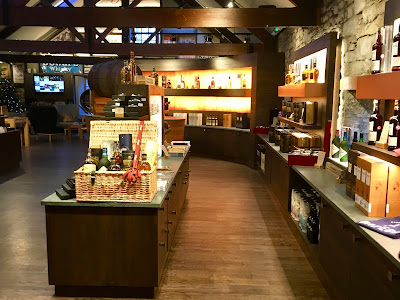 All in all it was a great day tour of highlands, lochs, glens and whisky. We'd love to return in the summer when days are longer and warmer to take in more of Scotland's natural beauty.