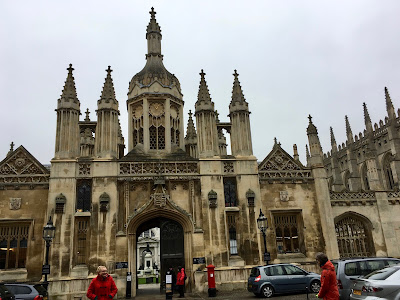 The chapel can be seen to the right of the King's College gate house (above). Walking through the gate house (below) there is a large green surrounded by college buildings.

The chapel is 88m/289ft long, 12m/40ft wide between the piers and the vault is 24m/80ft high. We were directed to the chapel's west entrance seen above left and below. 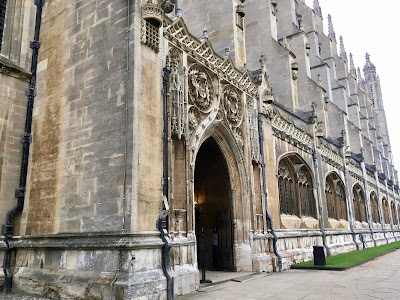 This next photo of the chapel's west window was taken from the river while we went punting on the Cam in 2016. 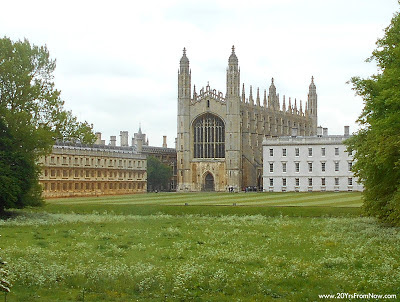 King Henry VI laid the cornerstone for the chapel in 1441. King's College was one of his two "royal and religious" foundations, the other being Eton College in Windsor. 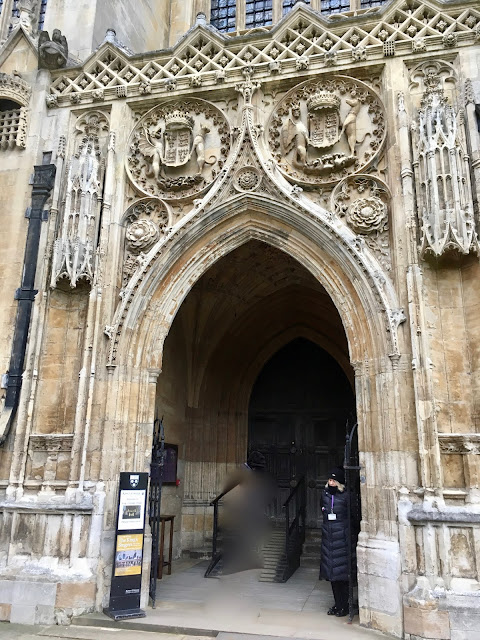 The interior is huge with the longest vaulted ceiling in the world. The dark oak screen (below) that houses the organ was a gift of Henry VIII. The screen bears his and Anne Boleyn's initials and dates between 1533 when he married Anne and 1536 when he had her executed. 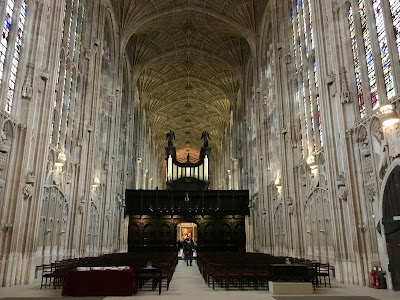 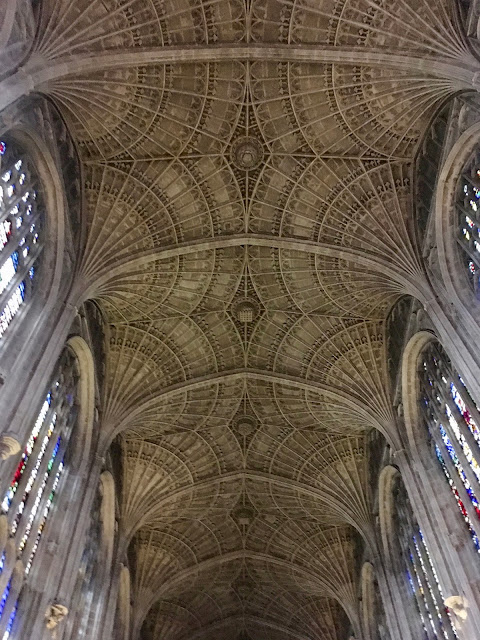 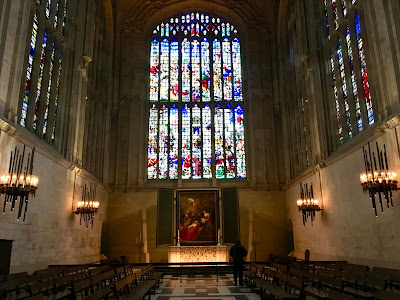 The painting Adoration of the Magi by Rubens is a recent addition donated to the college in 1961 by A.E. Allnatt. To accommodate the painting and not obscure the East Window the floor level was lowered. 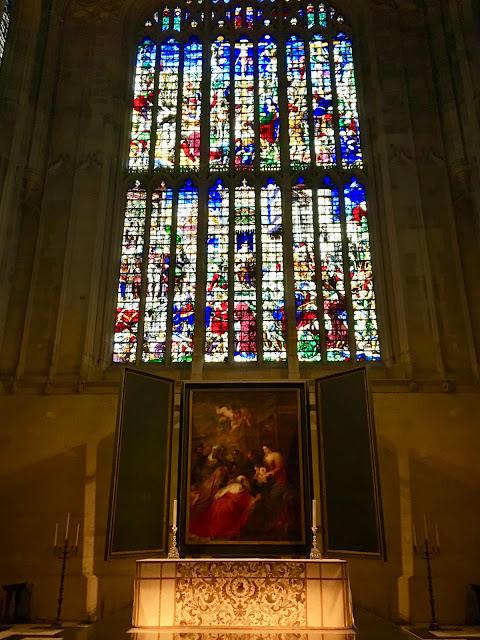 On either side of the chapel are a number of smaller chapels. 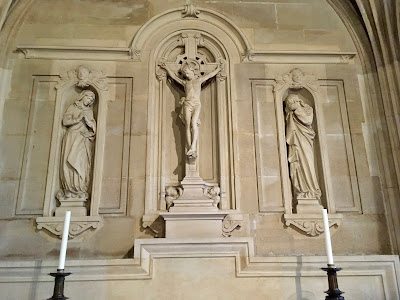 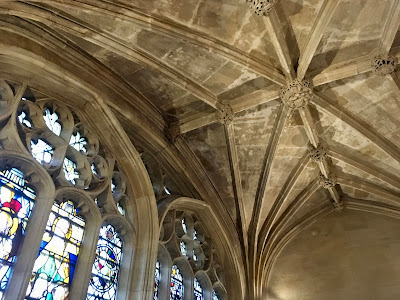 The stone carvings are as impressive as the fan ceiling. 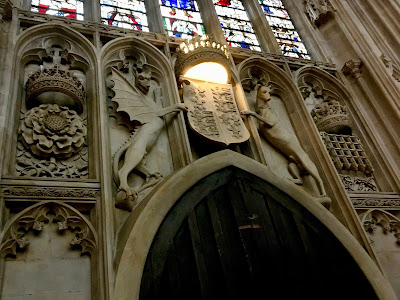 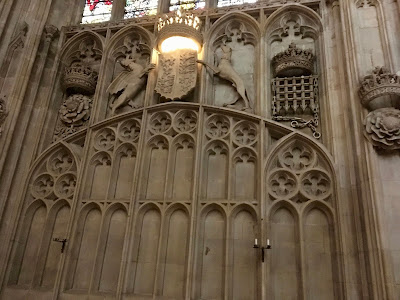 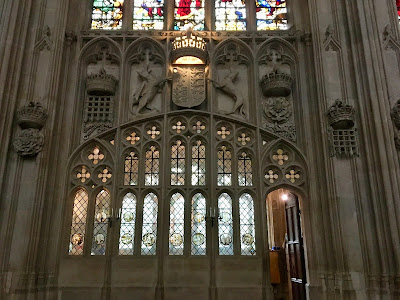 We thoroughly enjoyed our day in Cambridge and were especially pleased to finally view the King's College Chapel. Good times!