On January 24 we arrived back in Guernsey, Channel Islands, for a repeat housesit. 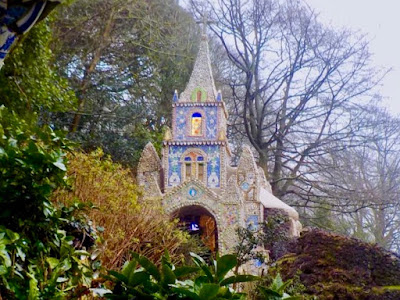 We'd hoped to visit Cornet Castle this time around, but it is closed until mid February. Even the Little Chapel is officially closed until March, but the workmen on site graciously allowed us to wander around the chapel at our leisure. Thank you! 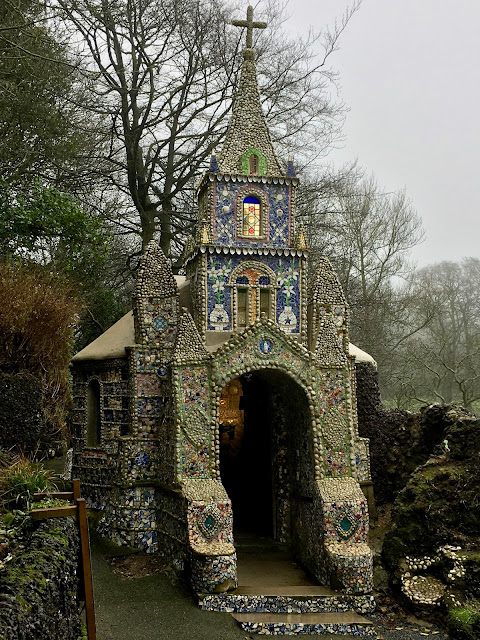 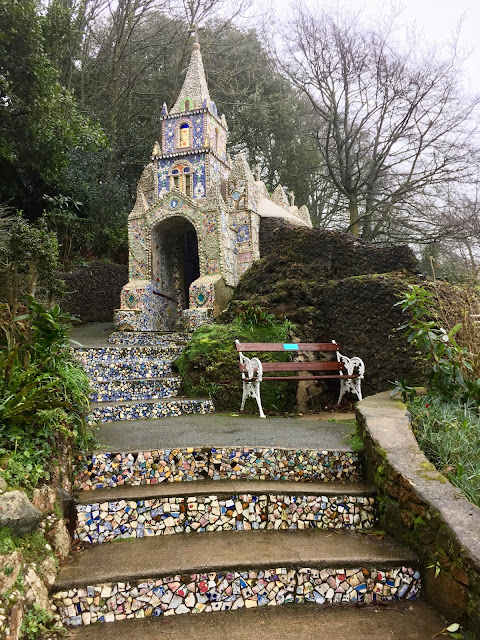 From the information plaque on site we learned "The Little Chapel was a work of art and labour of love built by Brother Déodat, who started work in March 1914. 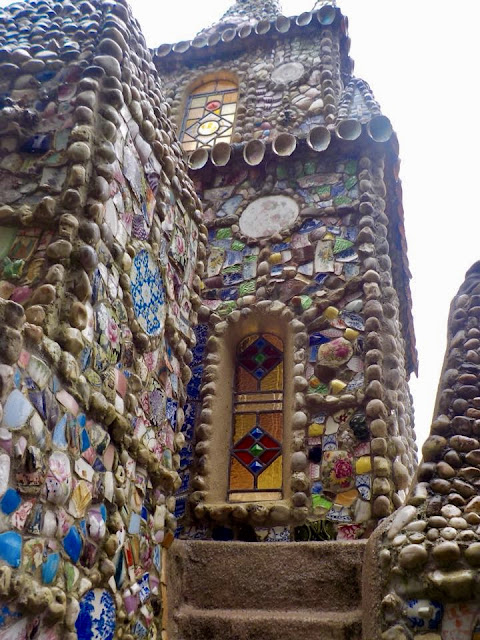 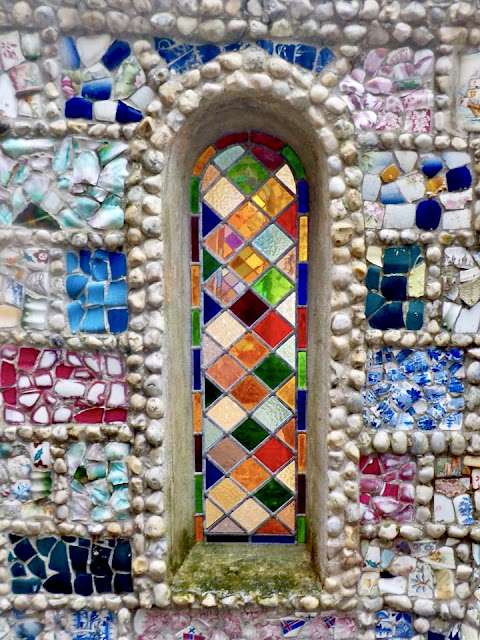 His plan was to create a miniature version of the famous grotto and basilica at Lourdes in France.

The version you see today is actually the third version. 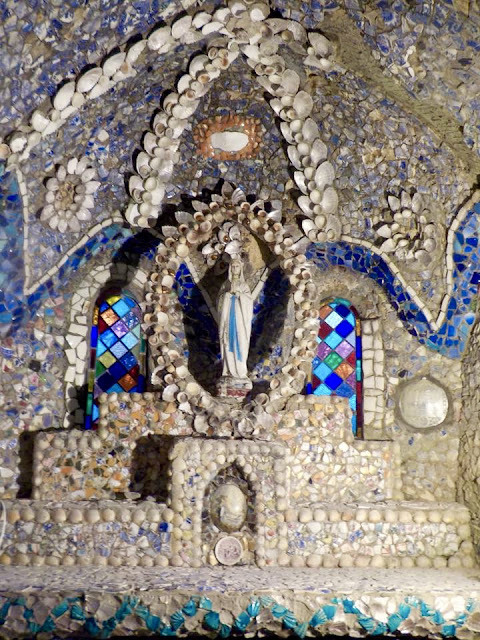 The first, measuring a tiny 9 feet long by 4.5 feet wide, was criticised, so Brother Deodat spent the following night demolishing the building. 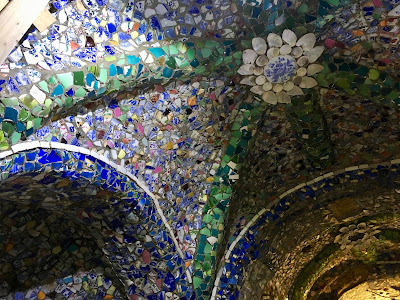 He soon set to work again and, in July 1914, the grotto was completed and officially blessed. 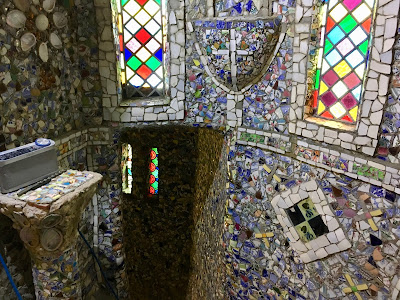 This survived until September 1923; Brother Deodat demolished it in that month because the Bishop of Portsmouth had not been able to fit through the doorway. 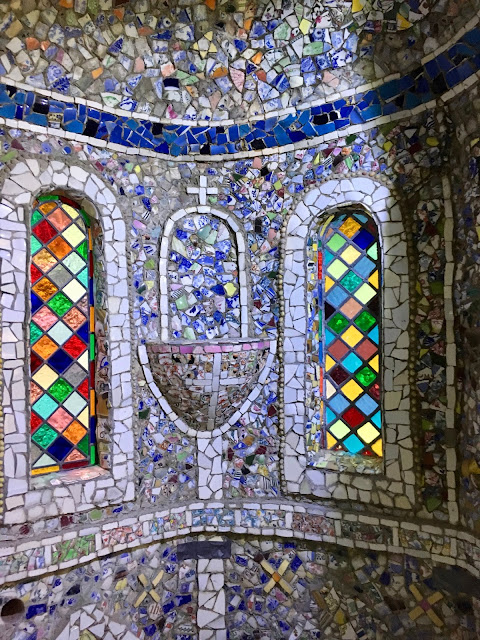 He soon set about the construction of a third chapel - which we see today. The building operation proved laborious, collecting pebbles and broken china to decorate the shrine. 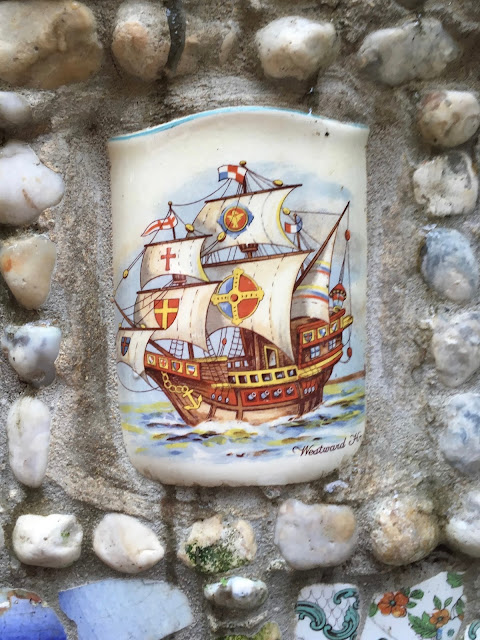 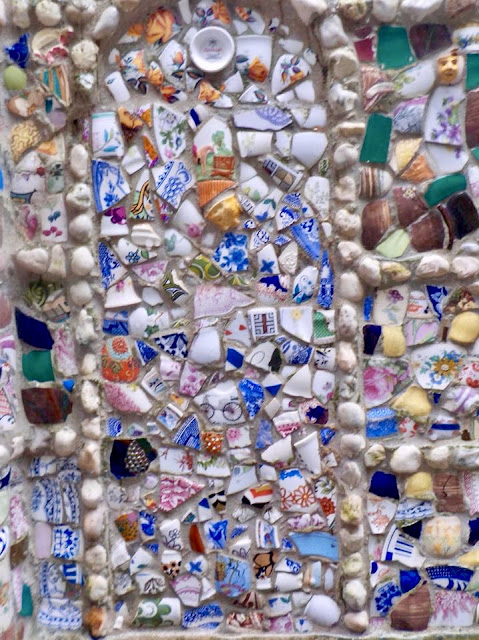 Then suddenly the Little Chapel became famous, thanks to an illustrated article in the Daily Mirror. 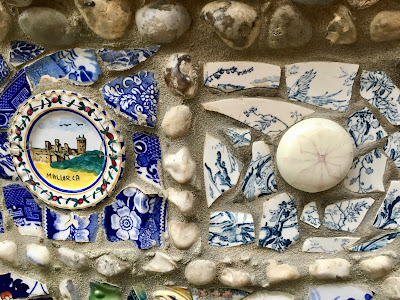 Presents poured in from around the world and Islanders brought coloured china to Les Vauxbelets with the Lieutenant-Governor offering a remarkable mother-of-pearl. 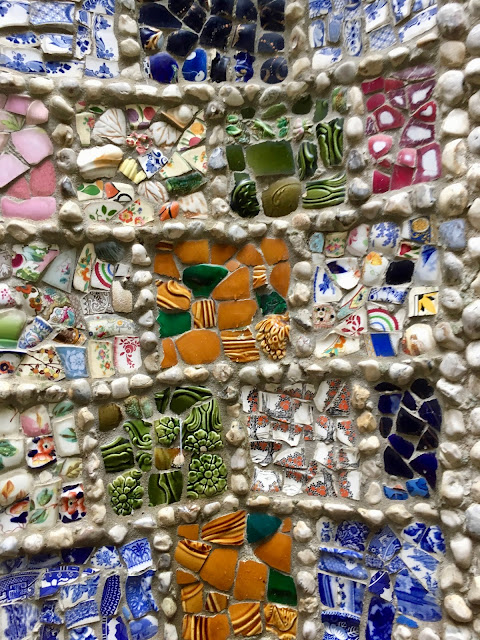 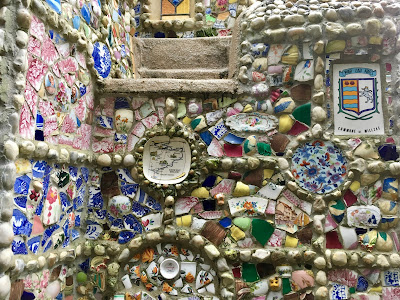 In 1939 Brother Deodat returned to France because of ill health. 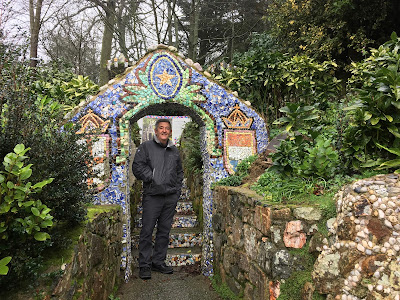 After his departure the care of the Little Chapel was entrusted to Brother Cephas, who continued to decorate the building until his retirement in 1965. 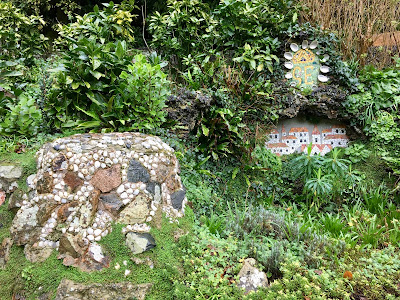 In 1977, a committee was established to restore the chapel and today it falls under the care of Blanchelande College. 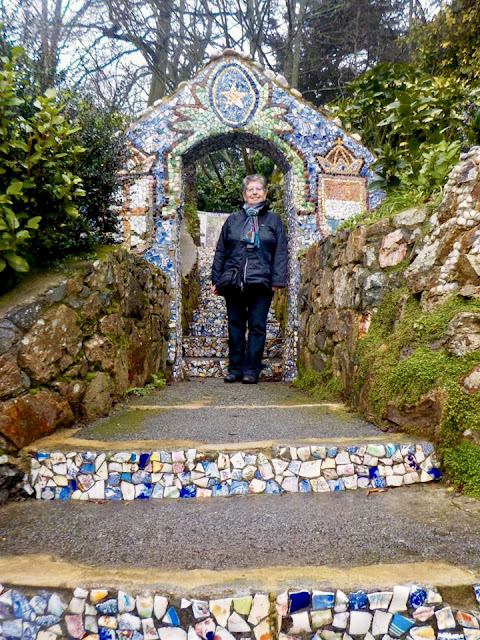 We learned from Helen, our homeowner's sister, about the Foundation to save the Little Chapel. This BBC excerpt from October 2016 provides the details as well as some great snapshots of the restoration work. As you will see a great deal of the scaffolding is now gone and the flooring has indeed been removed. 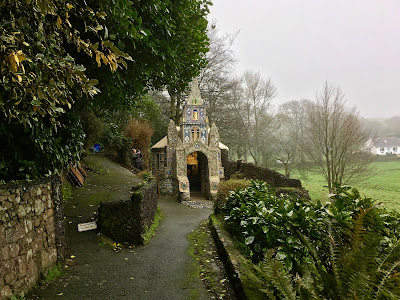 Further up the drive is a lovely gift shop and while it had much to offer I personally found the hanging baskets and filled flower boxes far more impressive - in January no less! 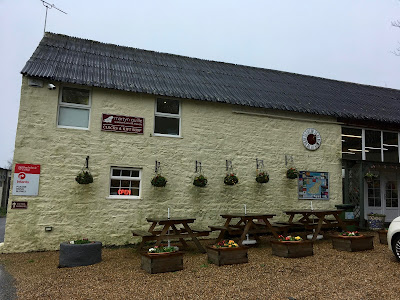 On our first visit to Guernsey in 2016 we visited almost all of the sites and attractions the island has to offer. We toured the north shore, Shipwreck Museum and German Occupation Museum, Folk and Costume Museum, as well as St. Peter Port, Victor Hugo's Hauteville House, Guernsey Museum and Art Gallery, Candie Gardens, and even the island of Sark. To read the various posts on all or any of these sites just click the specific link. Cheers!