We awoke to a lovely sunny morning and opted to spend Sunday like the locals (known as Malaguenos) and go for a leisurely stroll. 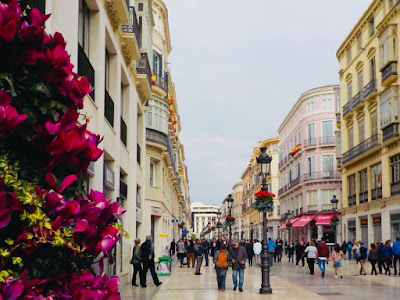 It was also great to be able to check out the streets near our Airbnb in the daylight. 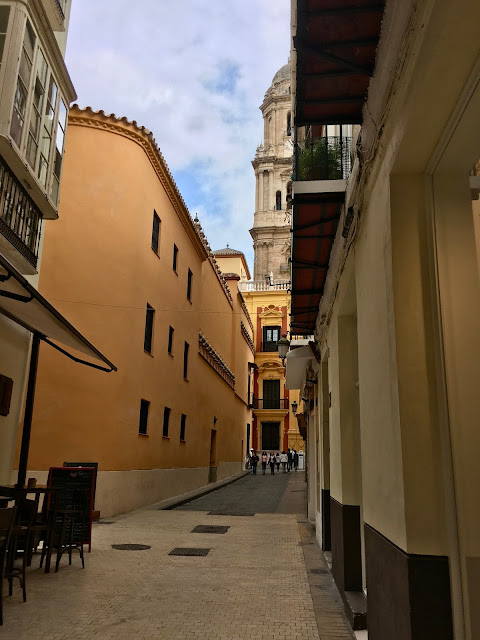 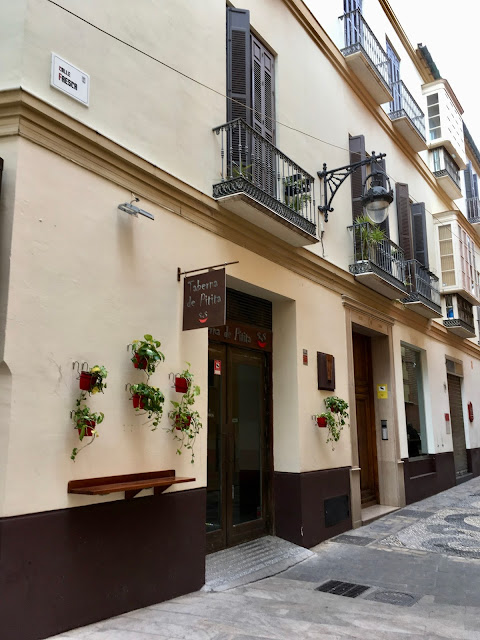 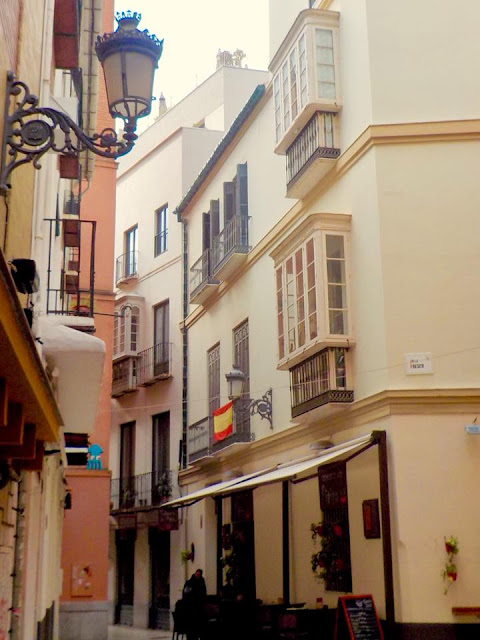 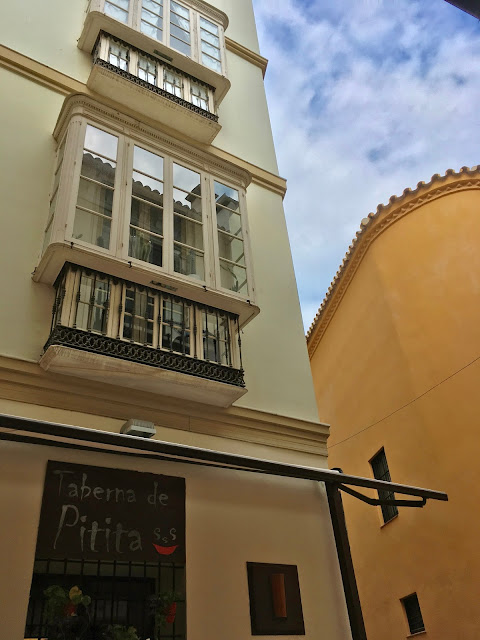 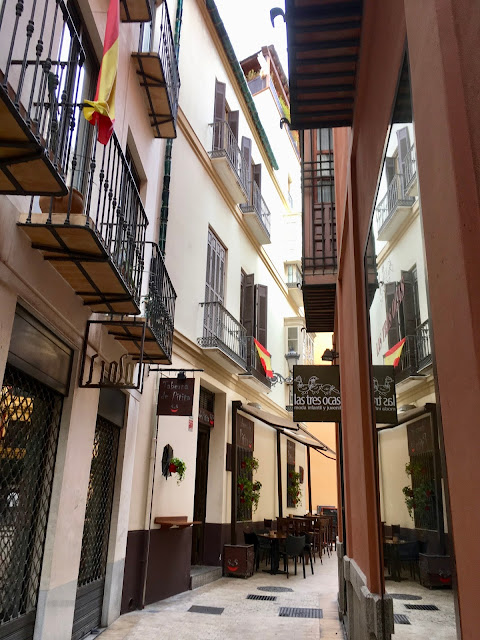 Further along towards one of the main pedestrian shopping streets are a number of sculptures that beg to be photographed! 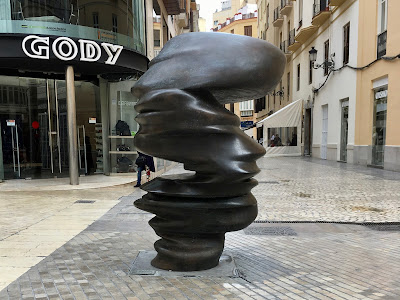 Our plan was to check out the larger of the two supermarkets in the area, but like many other shops it was closed. Getting there required we cross over the Rio Guadalmedina (a dry river bed at this time of year) that is being utilized by skateboarders. 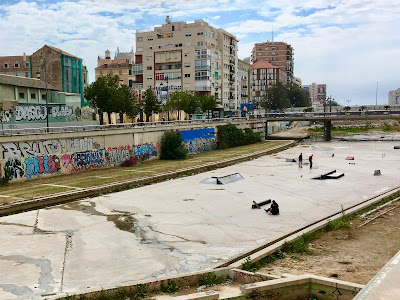 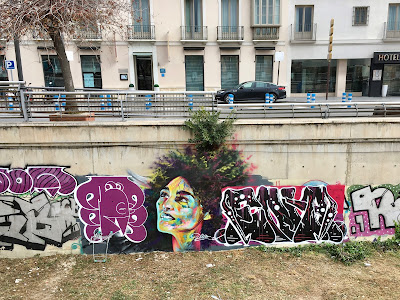 Heading north on the wide river walkway we discovered the Iglesia de Santo Domingo - a 19th century church built atop a 16th century one. 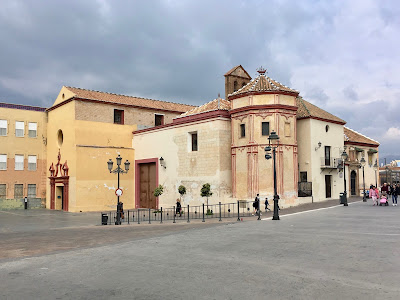 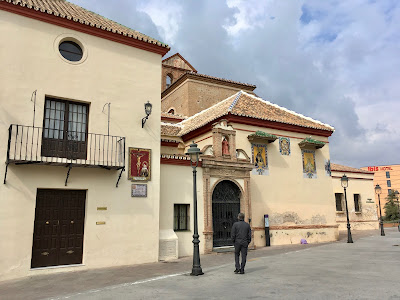 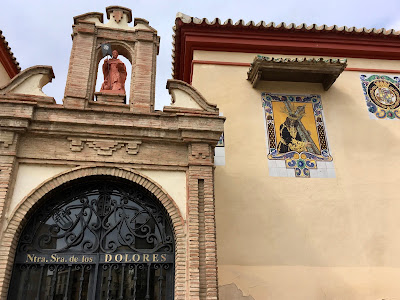 Meanwhile, the sky to the west grew dark as the "beast from the east" cold weather storm spread across Europe. It did not rain, but the temperature did drop by four in the afternoon. 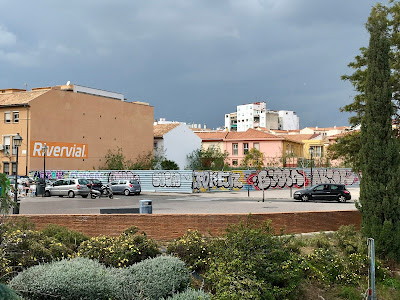 Crossing back over the river to the historic centre of town we passed by a number of buildings that necessitated a snapshot...or two or three. 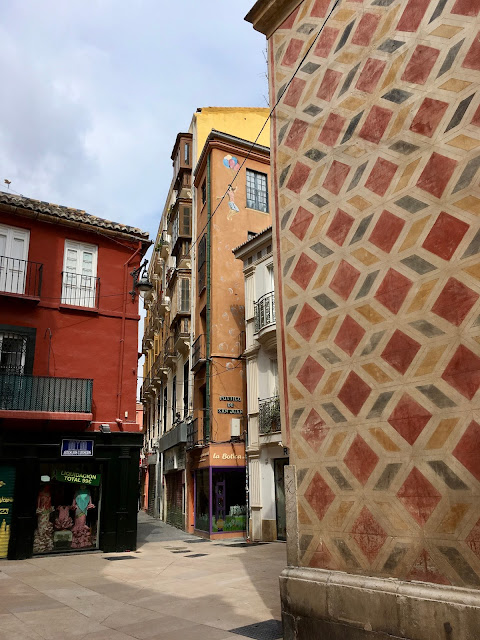 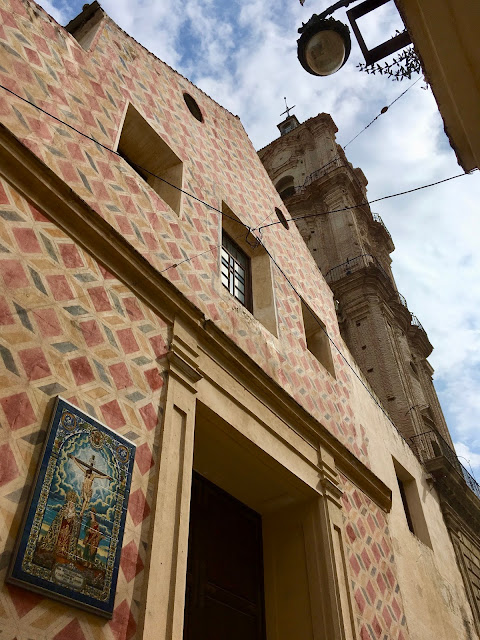 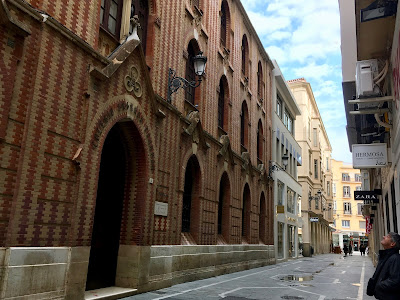 Eventually we made it back to the Plaza del Obispo and before we stopped for lunch we strolled  around the Iglesia del Sagrario. 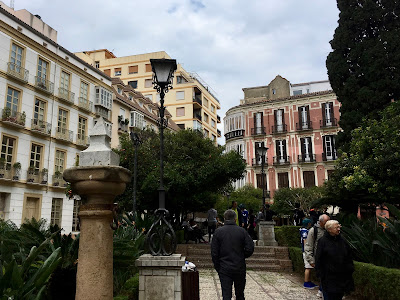 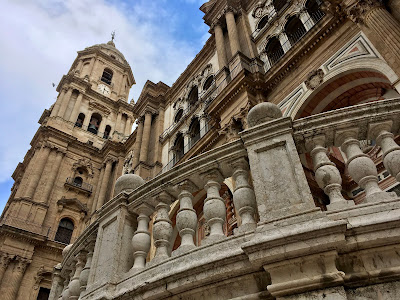 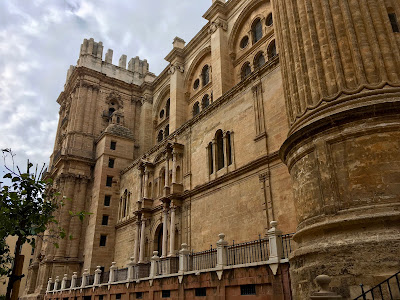 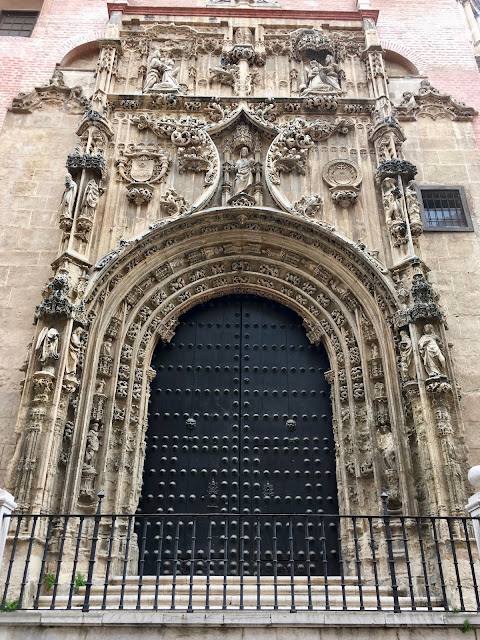 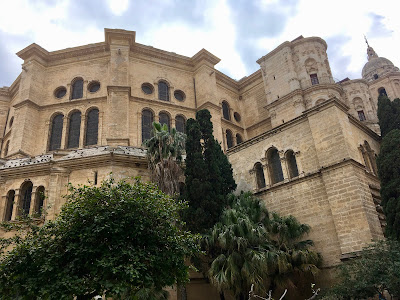 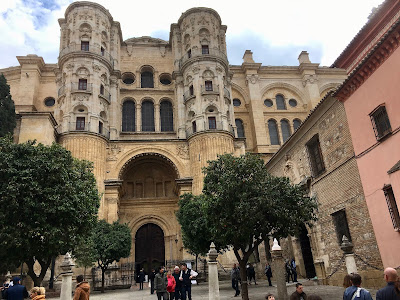 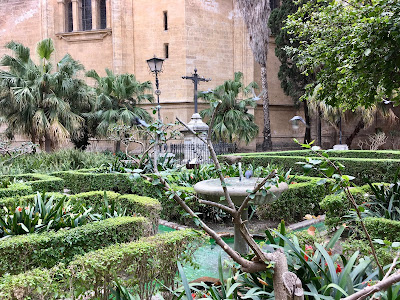 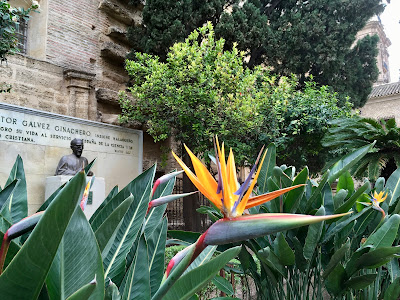 The clouds had rolled in by late afternoon and the temperature was considerably cooler, but that did not stop anyone from enjoying lunch out of doors. 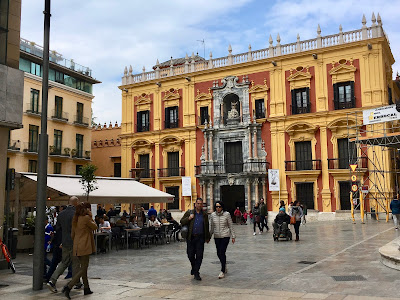 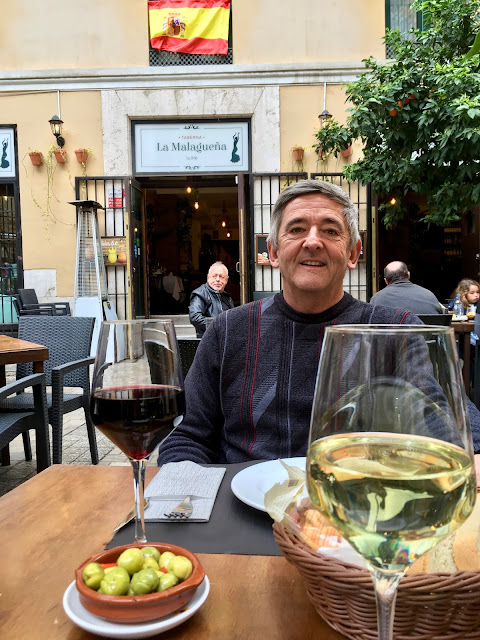 We discovered the absolute joy of aubergine last year in Cordoba and cannot get enough of this incredible veg. It's a meal in itself and is a perfect accompaniment to wine and good times. 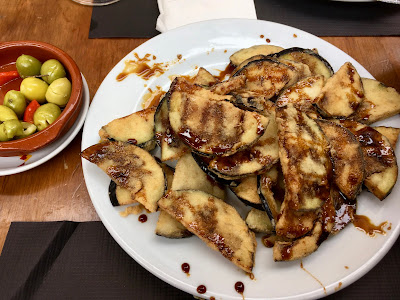 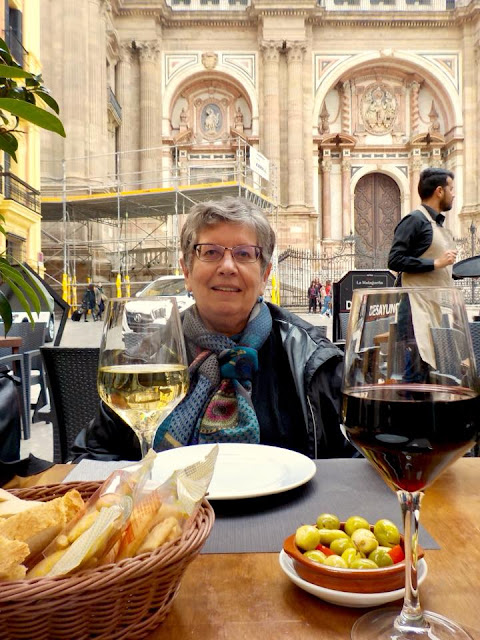