We're SO grateful to not have any of the snow that is plaguing the rest of Europe, but we haven't gotten off scot-free either. Yesterday was our third day of rain in Malaga and it's torrential.  Umbrellas held high we cued outside the Carmen Thyssen Museum and as I was not about to take a photo in the pouring rain the photo of the exterior of the museum below is courtesy of Google! 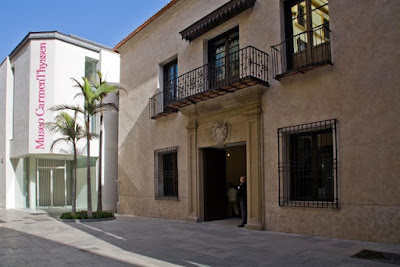 The museum is spread over four floors and the building while being modern also retains elements of its historic past. 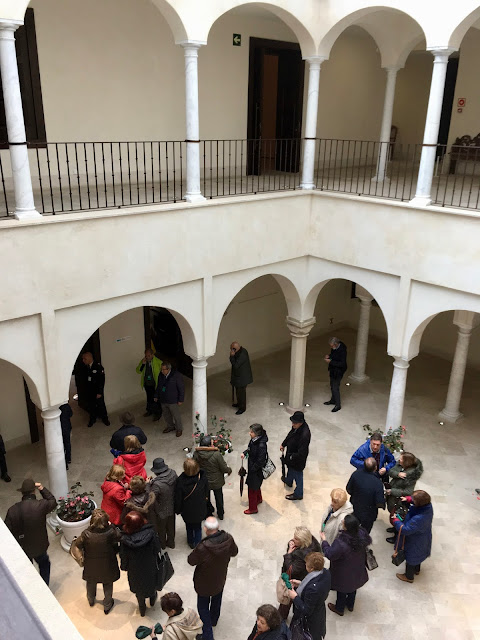 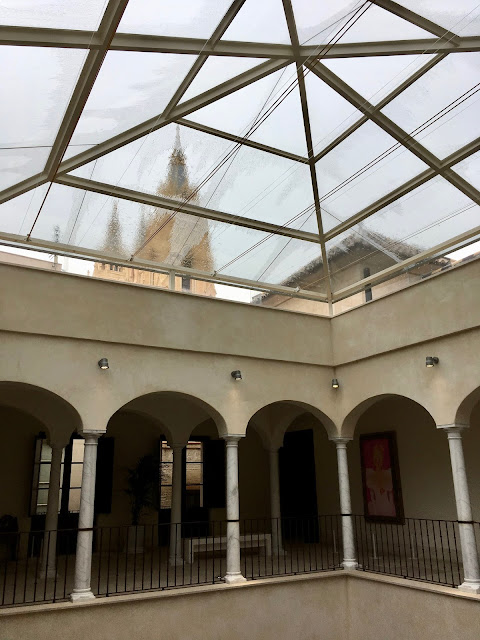 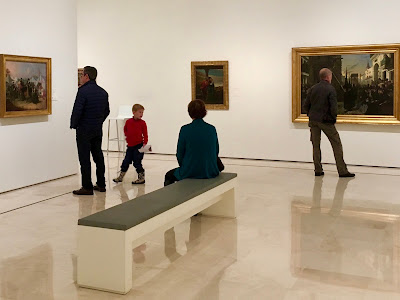 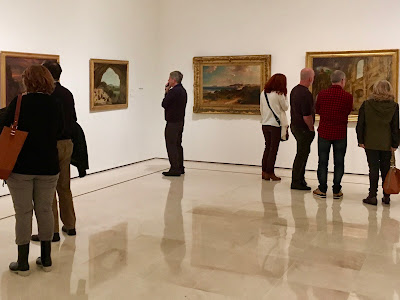 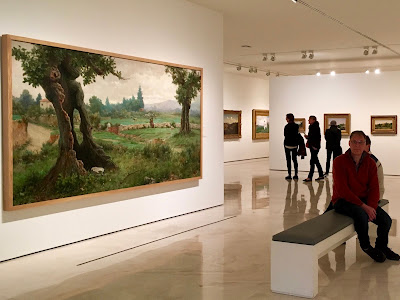 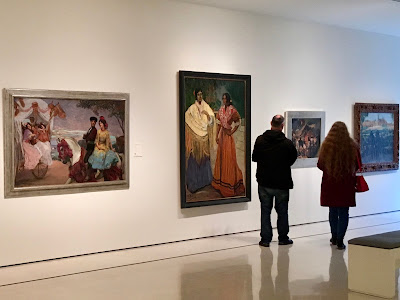 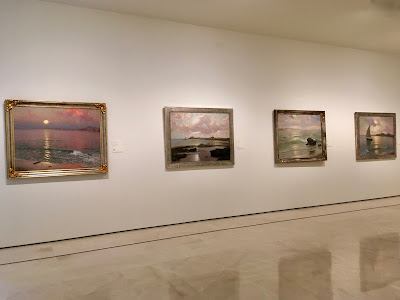 Even the hallways were a work of art, although to be honest this stark wave-like effect made navigation onto the next exhibit room somewhat confusing as there was little in the way of signage to suggest the proper route. 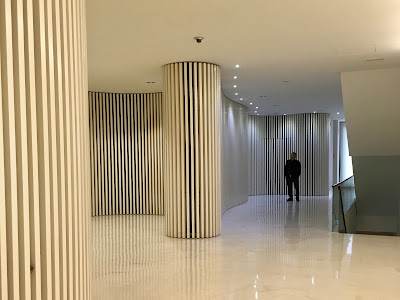 The main focus of the museum is 19th-century Spanish painting, predominantly dealing with Andalusia, and in keeping with that theme I did my best to feature Malaga and its environs as much as possible in the paintings I selected.


The Masters Gallery is not only discussed in the middle of the audio tour, but also on the middle floor of the gallery building. To our way of thinking it should have been the first place one visits in the Carmen Thyssen, but then again we're not the curators! Still, this exhibit is a wonderful combination of both medieval Spanish and European religious sculpture and paintings. 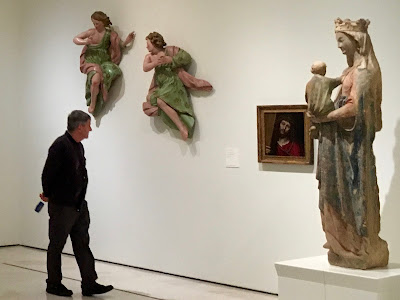 In total we spent two and a half hours in the Carmen Thyssen Museum and found the audio guide to be a great asset in the overall enjoyment and appreciation during our visit. As I mentioned earlier, the building is in the historic centre of Malaga and impressive in and of itself. One of the key features for me was a third floor framed window that not only catches visitors off guard (it takes a few seconds to realize this is not another painting!) but offers a spectacular outside view of historic Malaga. 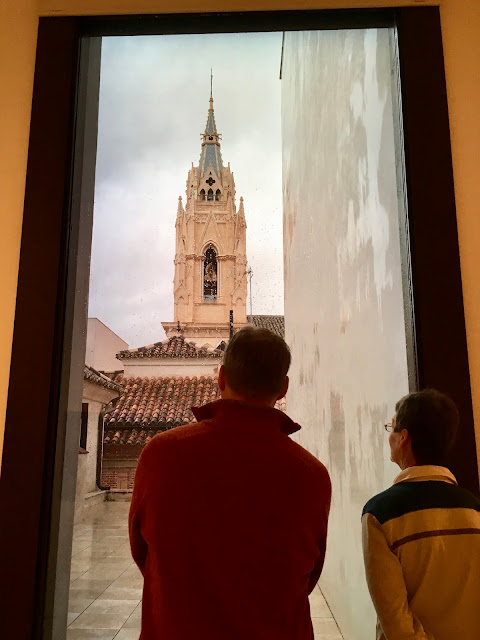 When we visited Madrid last year our favourite art gallery was the Thyssen-Bornemisza Museum and we were hopeful the Malaga version would live up to our expectations. We're happy to say it did and without hesitation recommend a visit should you find yourself in Malaga.