The Malaga Museum, housed in the Palace de la Aduana, features the Museum of Fine Art on the first floor and Archaeological Museum on the second. 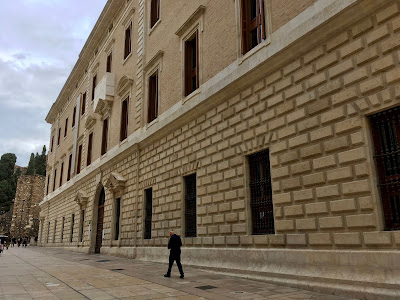 The palace is huge, so huge that it was difficult to get a photograph of the exterior without literally standing in the middle of a busy street and as a result this next shot is courtesy of Google. Trust me, it was the safer option! 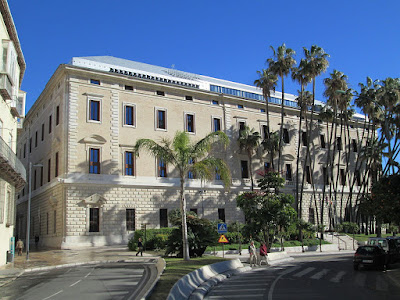 Built in 1826 on land reclaimed from the sea the palace was originally a tobacco factory and later became the Customs House and seat of the Provincial and Central Government. In December 2016 it transformed once more into the Malaga Museum. 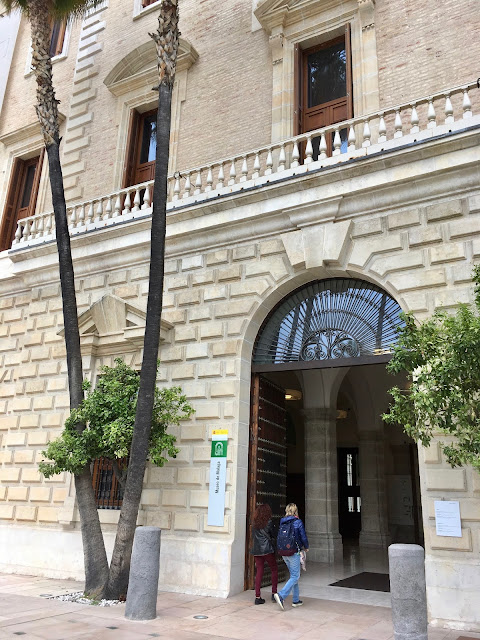 The city deserves considerable recognition for its desire and resolve to become one of the major cultural destinations in Andalusia. 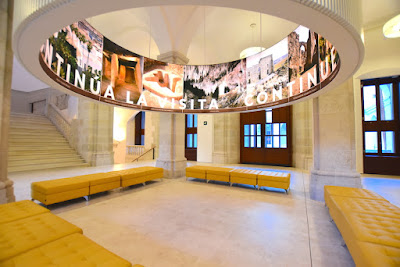 This roman statue in the entry foyer was discovered during excavation in the city. 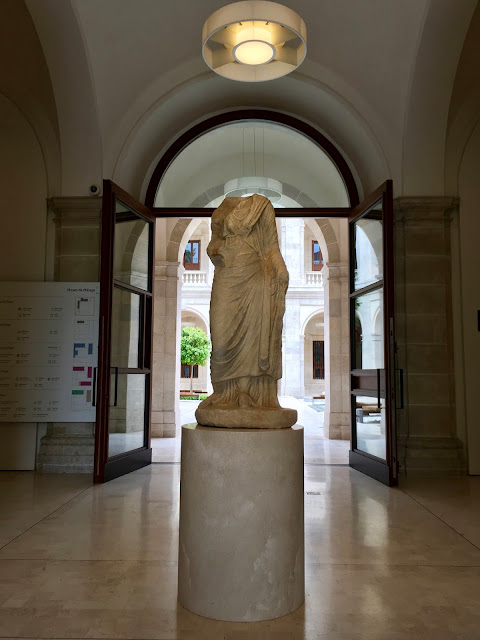 The sheer size of the building is impressive - measuring 18000 square meters (194,00 square feet) it seems to go on and on. A very small section is visible via this arched window. 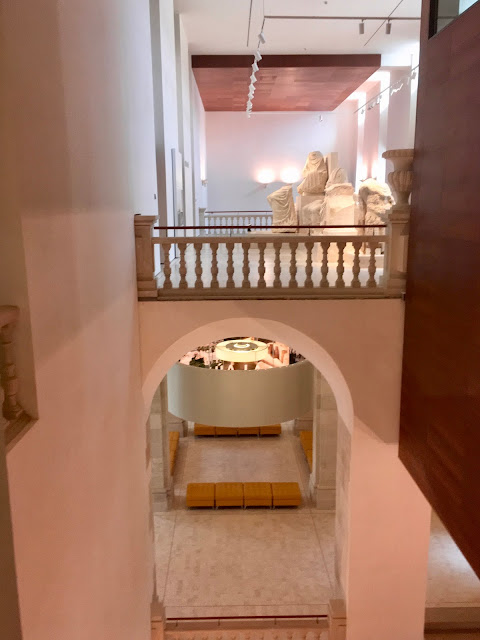 The Archeological Museum would not be possible without the Marquis de Casa Loring family. The title in Spanish nobility was created in 1856 for George Henry Loring, a dual citizen of Spain and the USA (Massachuwsetts), after he and his family used their wealth to pay for the poor of Malaga during a cholera outbreak. They also had a fascination and appreciation for archeology and the majority of the pieces in the exhibit were once part of their personal collection. 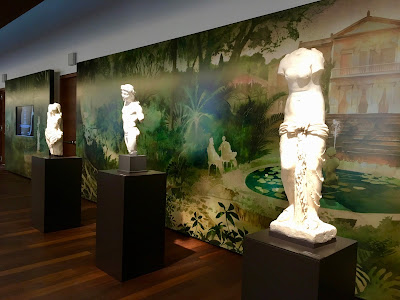 In 2012 archaeologists uncovered an intact 6th century BC Phoenican tomb (below) while excavating  the historic centre of Malaga. Besides the remains of a middle-aged male, the burial chamber included a pendant and armaments typical of a Greek warrior. 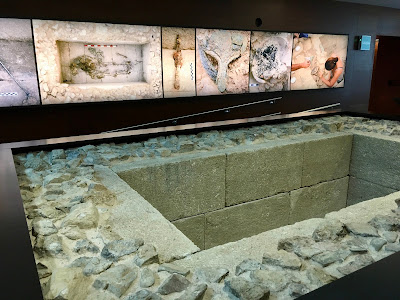 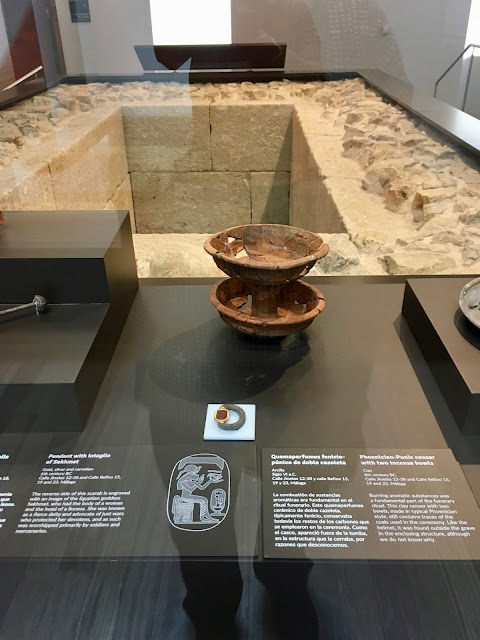 This large Roman mosaic floor was discovered in the 1950s while a homeowner was carrying out renovations on his residence. It is thought the mosaic floor is from a 2nd century Roman bath house. 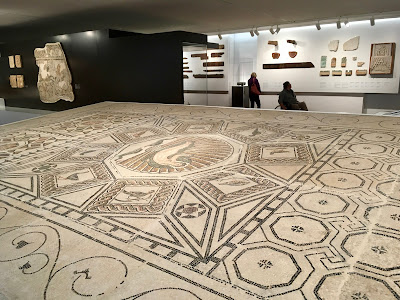 Throughout history pottery has played an important role in the storing and preserving of foodstuffs and the wealth of pottery unearthed in Malaga illustrates that. 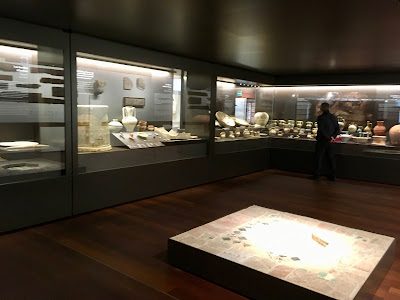 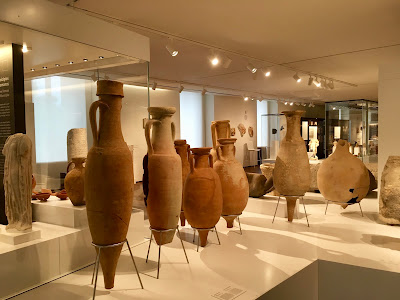 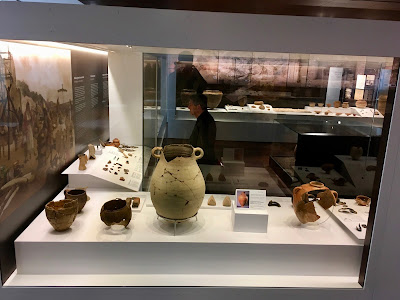 When we visited the Alcazaba we were impressed by the ceilings, but were unable to get a close-up view of the elaborate carvings on each beam. This gives some idea of the quality of workmanship of the Moors.

The art gallery on the first floor features works by local and prominent Malaga artists. 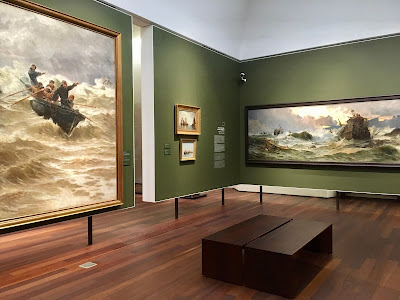 This next painting offers a glimpse into a Malaga born woman, Anita Delgado, (b.1890 - d.1962) who married the maharajah of Kapurthala, Jagatjit Singh and became the Princess of Kapurthala. This portrait of her was painted in Paris in 1919. 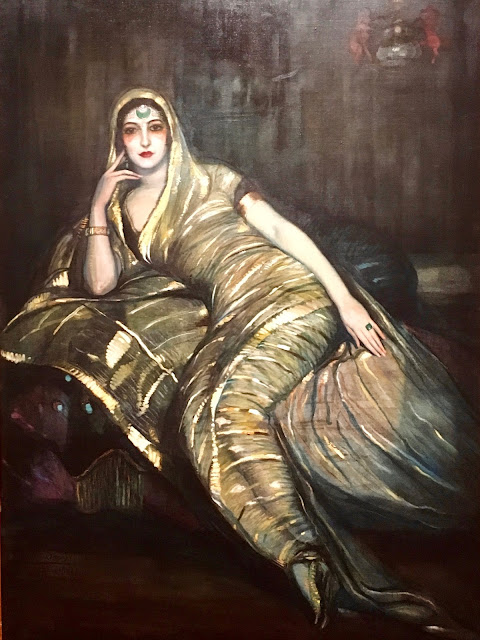 Also on exhibit is this vase by Pablo Picasso. Surprisingly, the Malaga Museum had a number of Picasso's pieces that I thought were superior to those in the Picasso Museum. 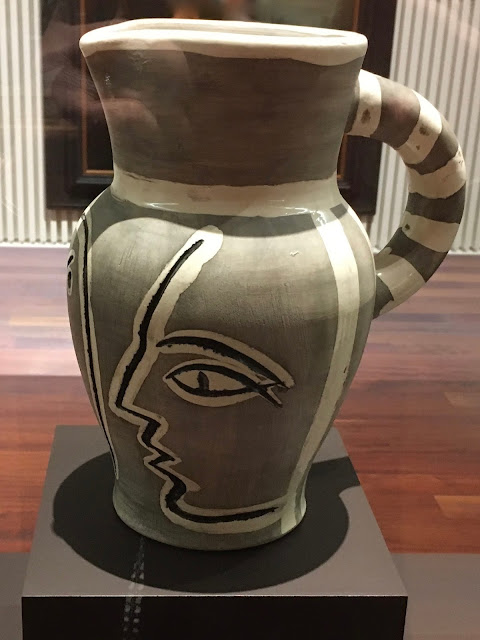 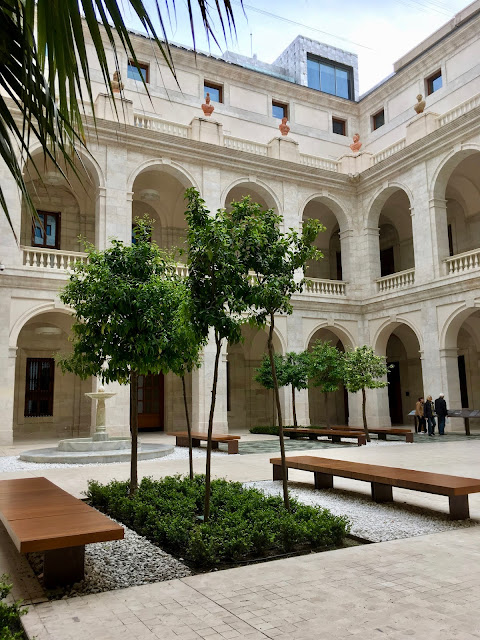 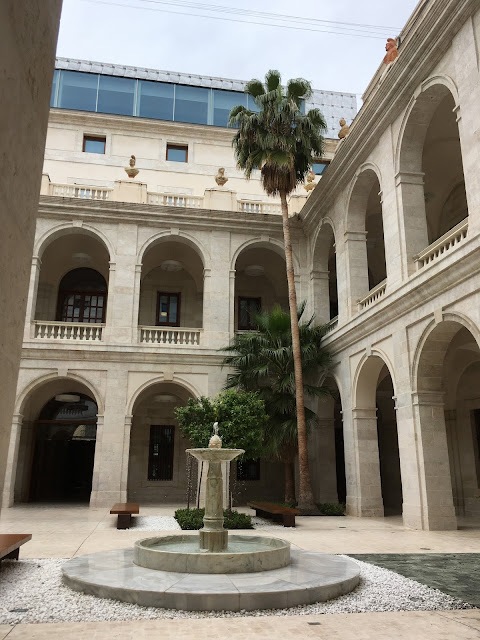 We thoroughly enjoyed the Malaga Museum, but there is SO much to see and our tip is to divide your visit into two separate days. The archaeological exhibit is more than enough for one day and if you want to do the art museum justice view it on another day. Cheers!