The Pompidou Centre, on the Malaga harbour front, is a branch of the Paris contemporary art museum of the same name and features a colourful glass cube entrance. 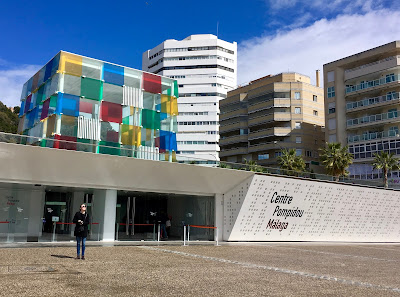 The permanent collection is underground, although once there the galleries have ample natural light due to the massive glass cube skylight. 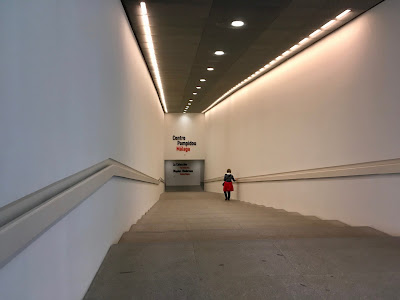 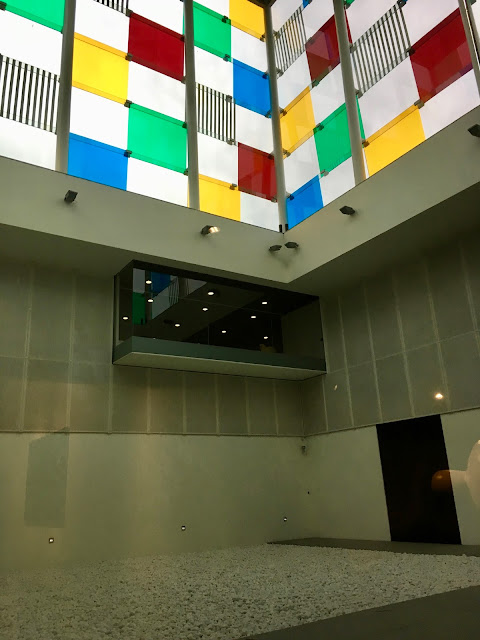 The balcony, seen above and below, is both the entrance to the museum and the way out onto the harbour walkway. Note the people visible inside the Pompidou Centre foyer in the next photo. 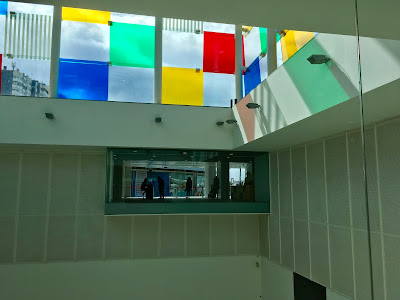 The majority of pieces are contemporary artworks created from the early 20th century to the present day. Many illustrate how the artist's roll transformed from innovative and purely decorative to include political commentary, however subtle.

Russian born artist Vassily Kandinsky painted "Development in Brown" in 1933 just after the Nazis closed down the Bauhaus (art college) where he was a teacher. The painting shows two doors half open - suggesting either an opening of hope, daring to believe another world is possible, or the exact opposite, a gradual closing of personal freedoms. Kandinsky left Germany a short time later and sought political refuge in France where he lived for the remainder of his life.

These next two pieces by Franck Scurti are a little lighter in symbolism. The black mural on the wall is entitled "Just Donuts", 2001, while the life-size tin can bed (with bed linens) is entitled "N.Y, 6AM", 1995-2000. 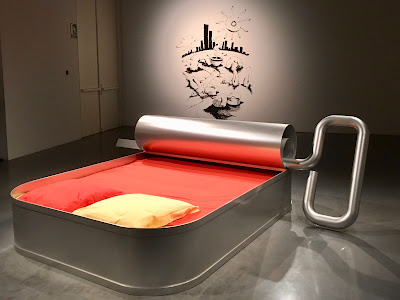 This next piece by Swiss artist Eva Aeppli (b.1925 - d.2015) is without question creepy and dark, but its purpose is admirable and sadly, necessary. Entitled "Group of 13 - Homage to Amnesty International" these life-size textile figures with their gaunt, hopeless expressions symbolize the universality of human fragility as each awaits an unknown sentence. 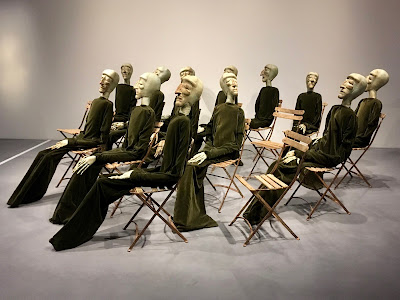 The size and scale of the Pompidou Centre is all the more impressive when viewed from a connecting room into another. 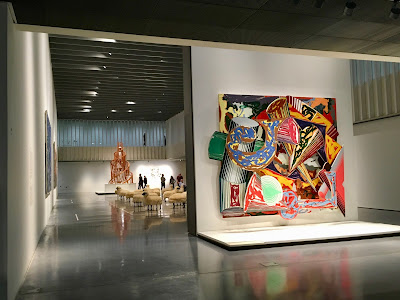 John and I looked everywhere to find the name of the artist who created this sheep exhibit, but to no avail. Confession time...I was in the gallery a full ten minutes before I realized not all of the sheep had heads. Please tell me you didn't notice either! 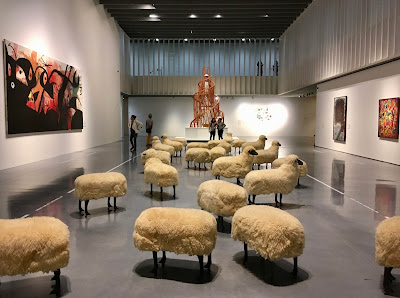 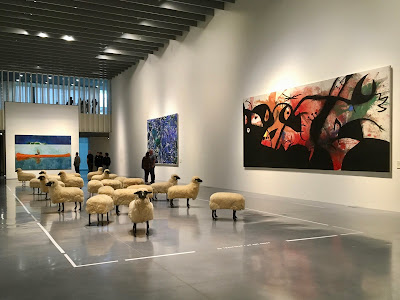 This last item is a 5-metre high reconstruction of Vladmir Tatlin's Model of the Monument to the Third International that was displayed in Petrograd in 1920. The inner white pieces spun slowly around adding to the visual movement created by the artist. 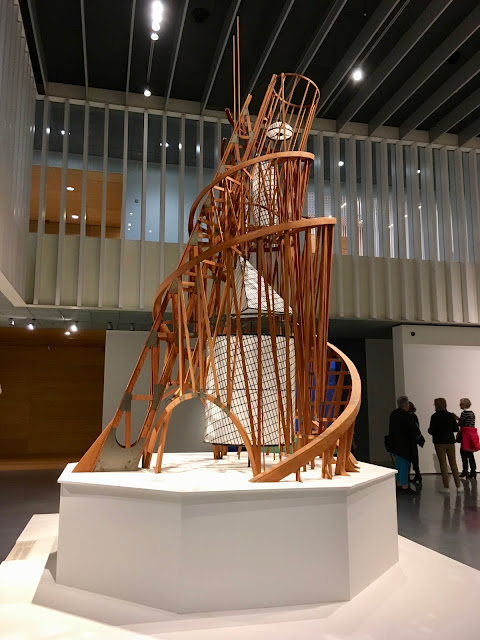 Final comment: there is normally a featured exhibit on the ground floor, but as we visited between the closing of one showing and the setting up of another The Pompidou Centre took that into consideration and a lower entrance fee was charged.