London to Paris on the Chunnel

We arrived in Paris via Eurostar train 6022 from London on Tuesday afternoon - just one day later than originally planned so while the rotating French rail and air strike did affect us, it wasn't all that traumatic. One might even say it added to the story of our latest adventure. 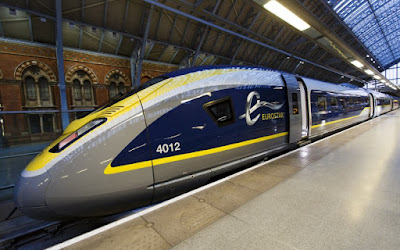 I wanted to mark the trip with a selfie and John automatically switched into his goofy mode...so this is the best pic I managed to take. One (okay, maybe two) included a finger...there's never a dull moment with him! 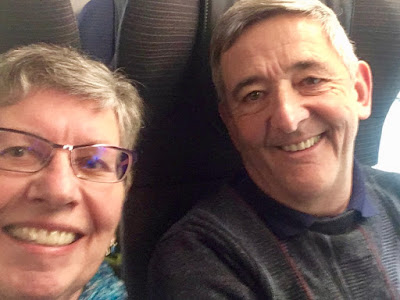 Upon arrival at the Gare du Nord station we joined the cue for an accredited taxi. (Posted signs warn travellers to avoid unaccredited taxis as they charge far more than the going rate.) It took about ten minutes before we got our cab, but the time passed quickly. The man in charge of assigning travellers to a taxi did it with a gusto and savour faire that can only be described as impressive. Plus, he did it all with a great big grin. This was a man who loves his job. 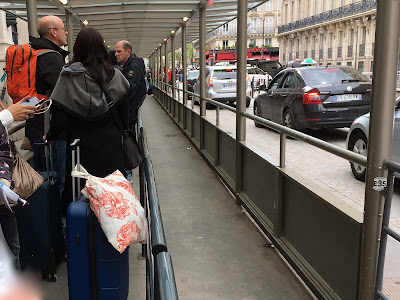 Our Airbnb flat is located just off Rue du Bac and we were met by a friend of our host, Jean-Pierre, as he was also travelling that day as well (to Asia). 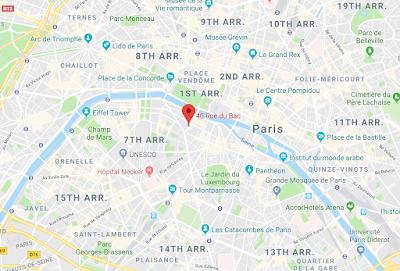 The apartment is small, but cozy and the location is perfect. We're within walking distance of the Eiffel Tower, Louvre, Notre Dame and a great many museums. 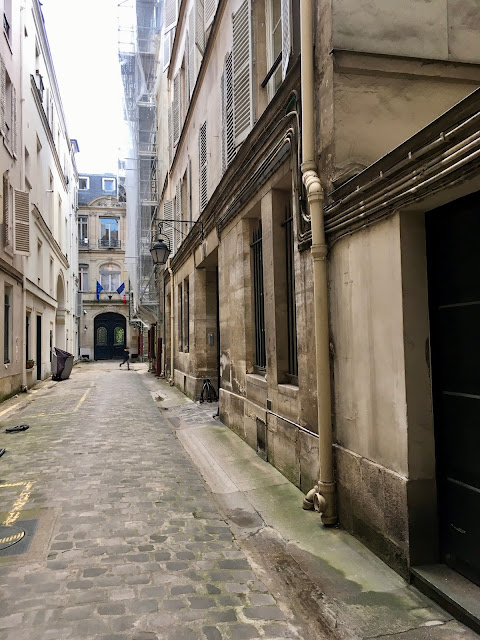 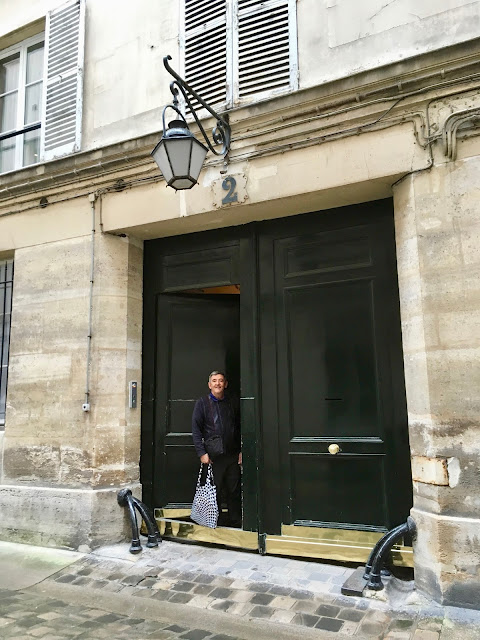 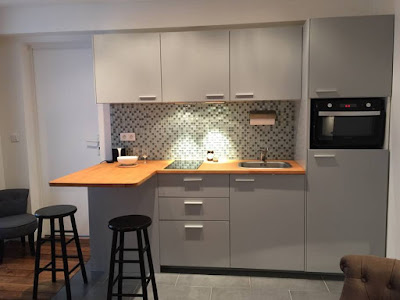 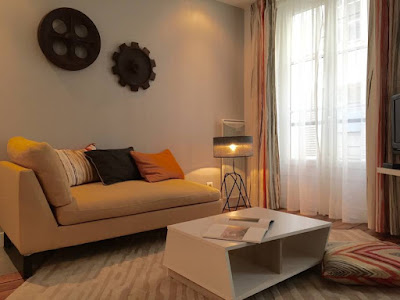 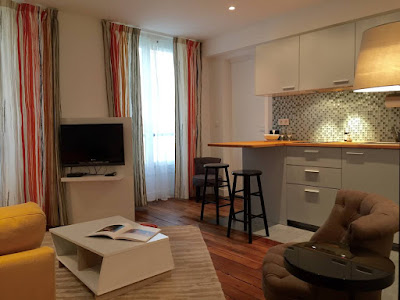 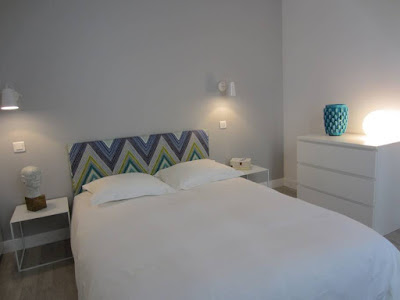 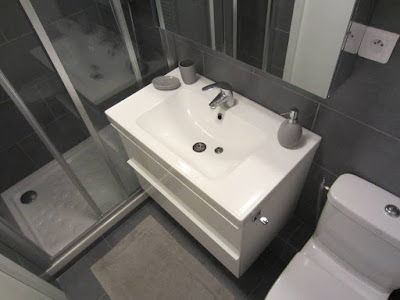 Last night we went for a stroll along the Seine. I'd hoped to see the Eiffel Tower lit up after dark and was not disappointed, but along the way there was so much else to see. The Musee d'Orsay is one block from our flat. 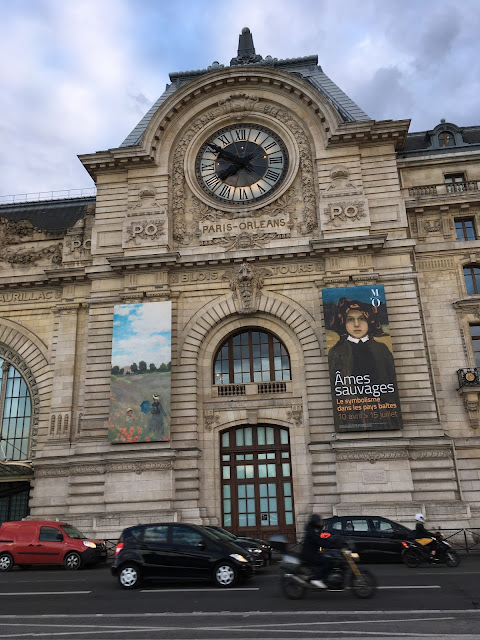 It used to be a train station and takes up an entire block. 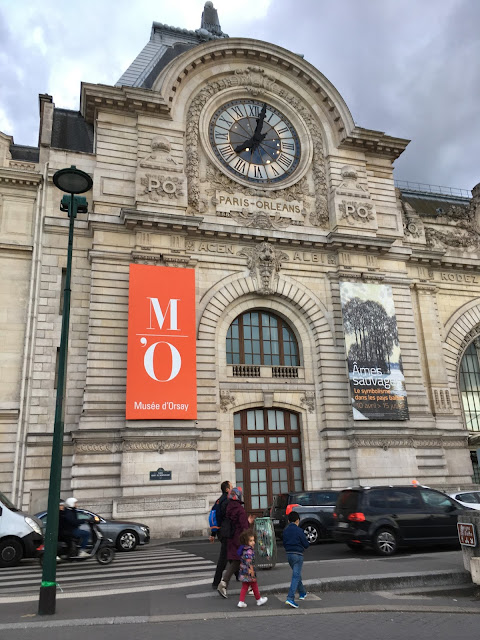 There were quite a few sightseeing boats on the Seine. 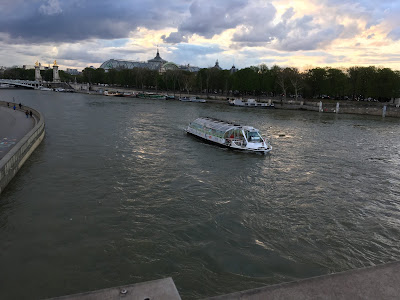 Finally, our first glimpse of the Eiffel Tower. 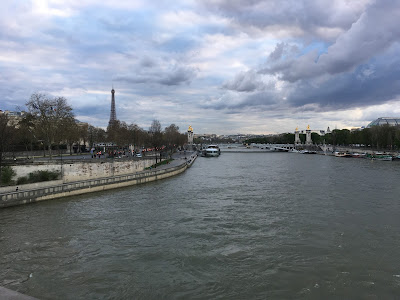 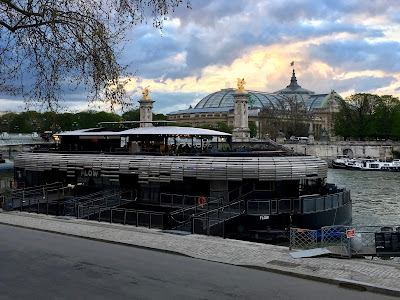 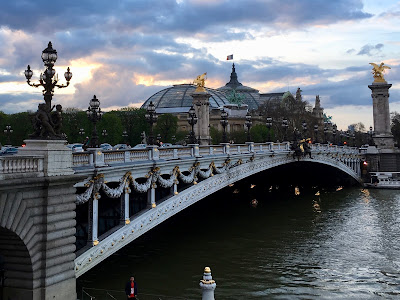 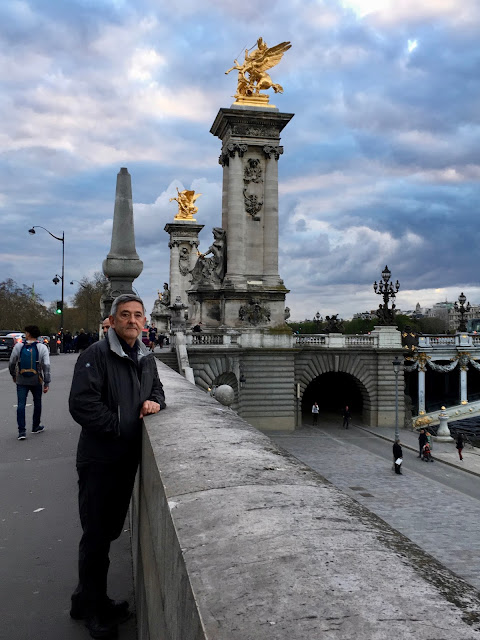 We walked a little further, crossed over to the other side of the Seine and then walked home just as it got dark. 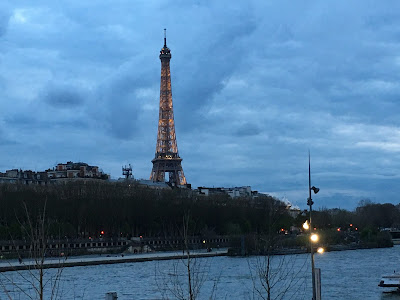 It drizzled rain about ten minutes before we got there, but we still managed to take some great shots of the city. 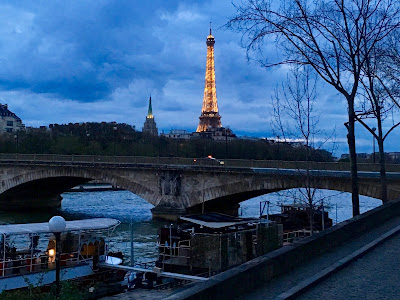 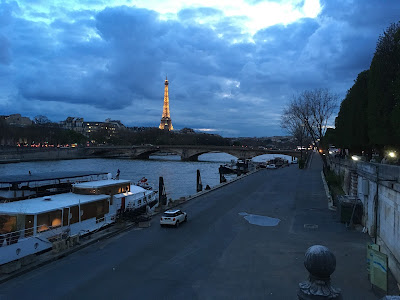 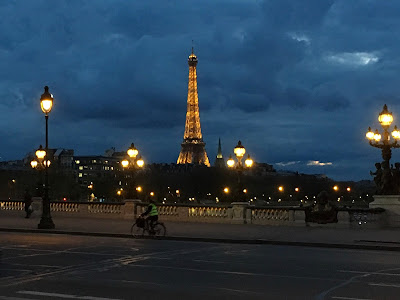 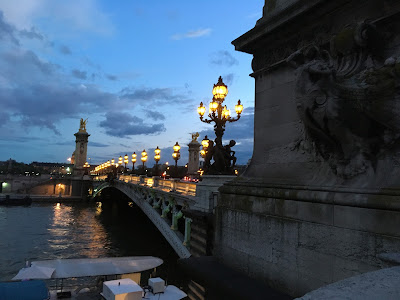 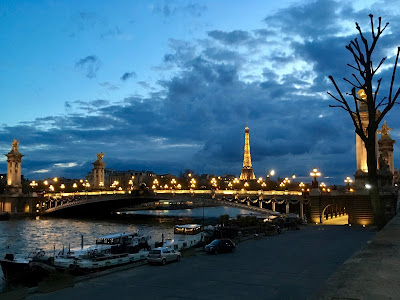 All in all a great first day in Paris. In the space of a few hours we're already smitten! 💖