Our fourth day in Paris we walked from our flat on the left bank to Île de la Cité one of two remaining natural islands in the Seine within the city of Paris. It is here where the medieval city was founded and home to  Saint Chapelle. 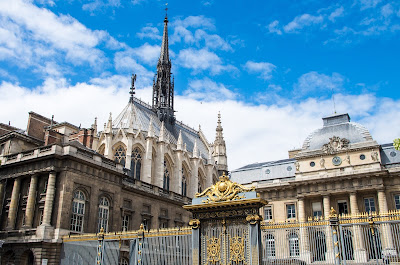 Saint Chapelle is a royal chapel built some time after 1238 and opened in 1248. 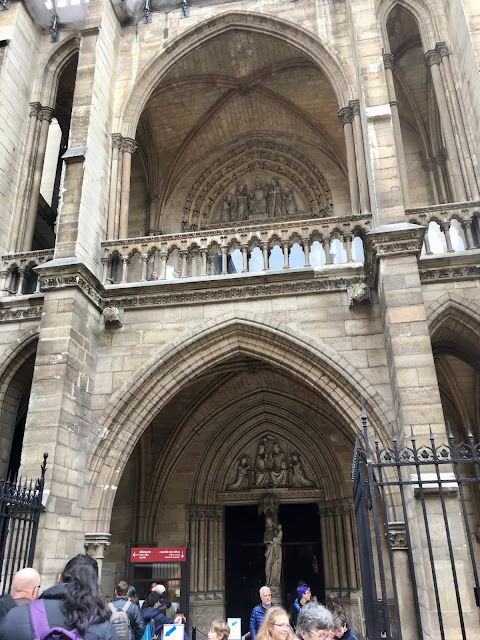 It is considered one of the greatest achievements of the Rayonnant period of Gothic architecture. The cue to purchase an entry ticket was long, although being a Saturday that was to be expected and it moved along reasonably quickly. Within ten minutes we stepped inside. 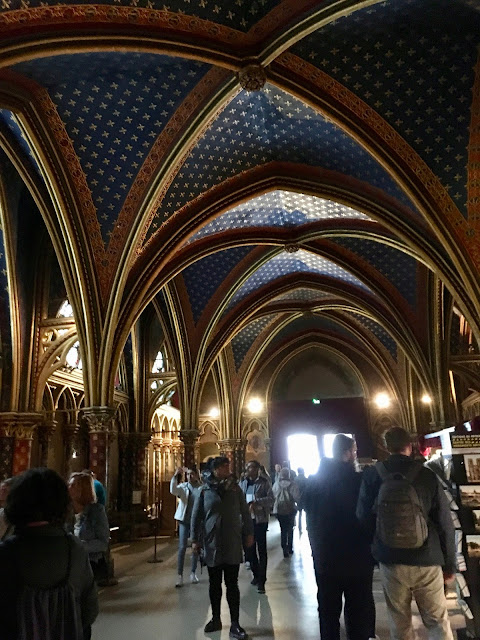 Saint Chapelle was commissioned by King Louis IX of France to house his collection of  Passion relics - some thirty plus items. 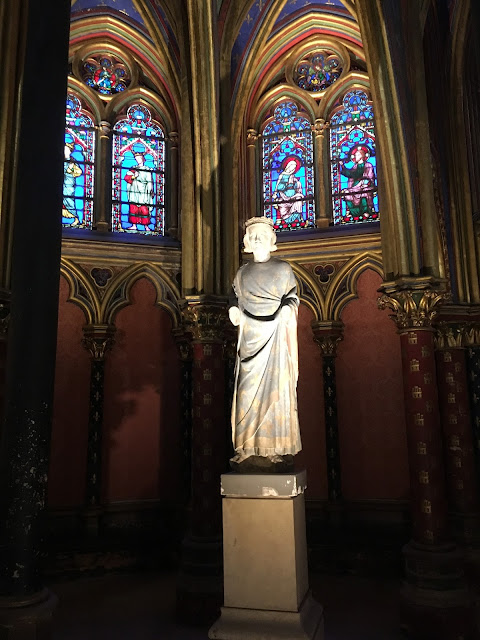 This included Christ's Crown of Thorns considered one of the most important relics in medieval Christendom. 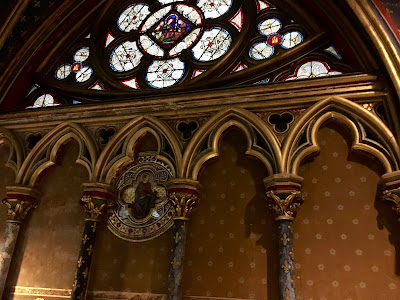 The lower level is the Chapel is dark, but still beautifully designed and very ornate. 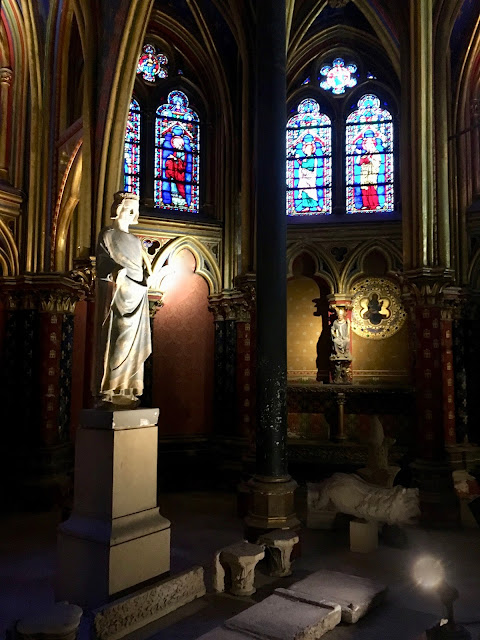 The arched ceiling is impressive on so many levels. 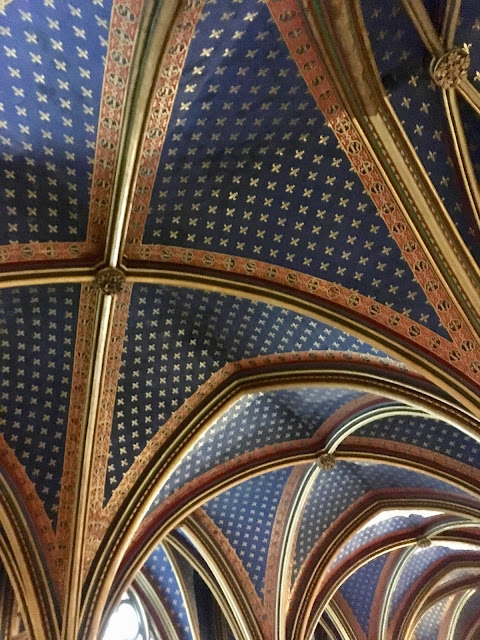 Climbing the narrow circular stone staircase to the upper level, one comes face to face with one of the most extensive 13th-century stained glass collections in the world. 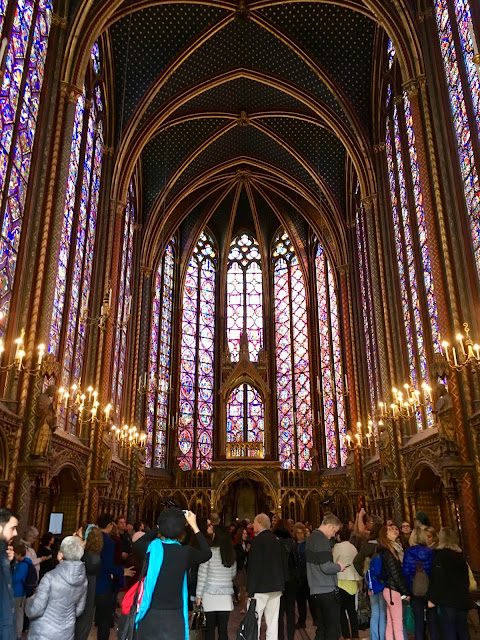 Each of the fifteen windows, each 15 metres high, depict scenes from the Old and New Testaments. 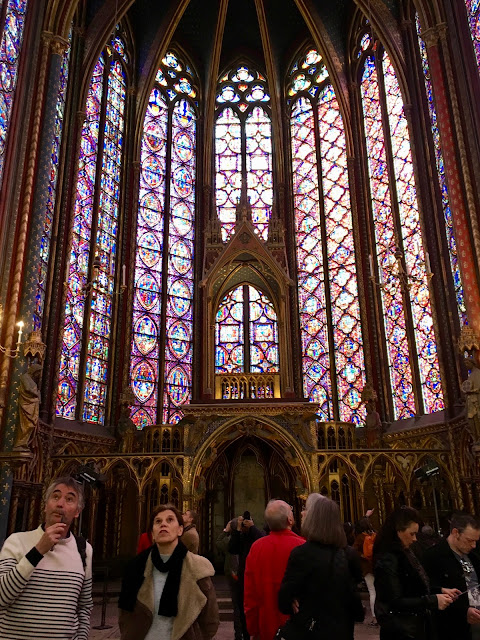 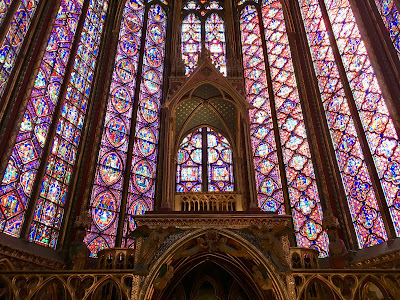 Although nearly two-thirds of the windows are authentic, much of the chapel as it appears today is a re-creation as it suffered great destruction during the French Revolution. 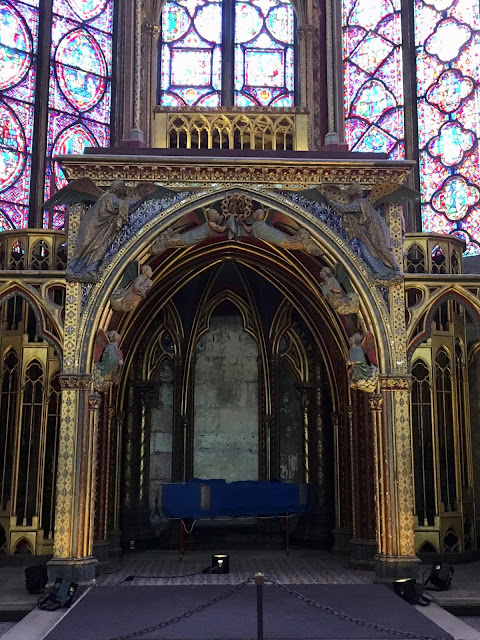 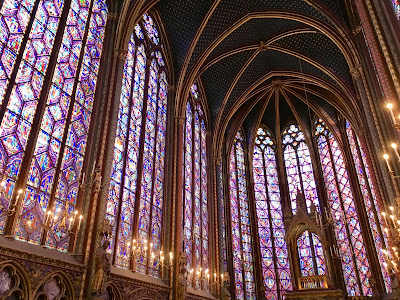 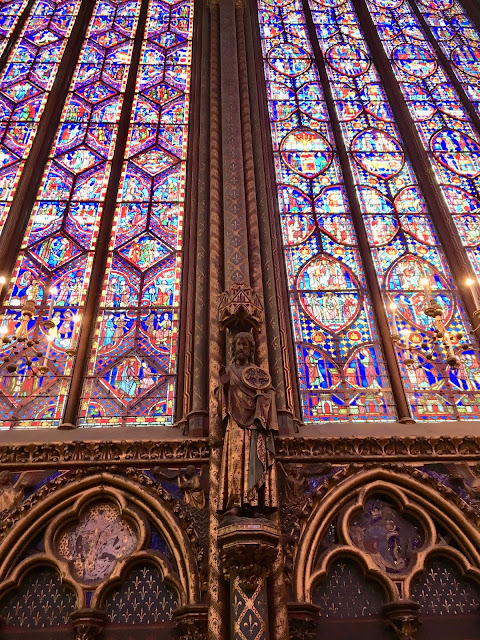 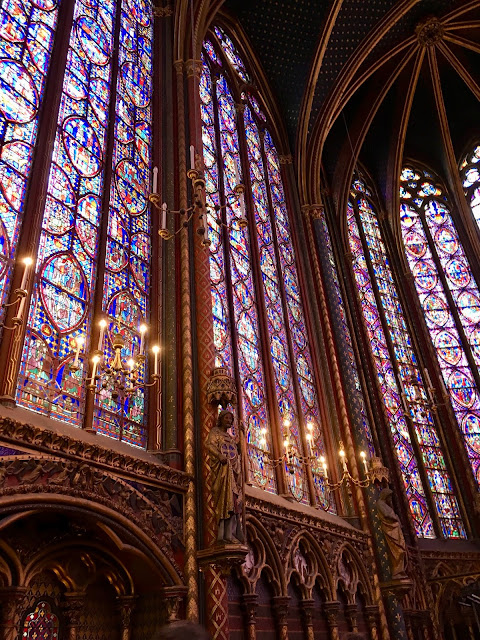 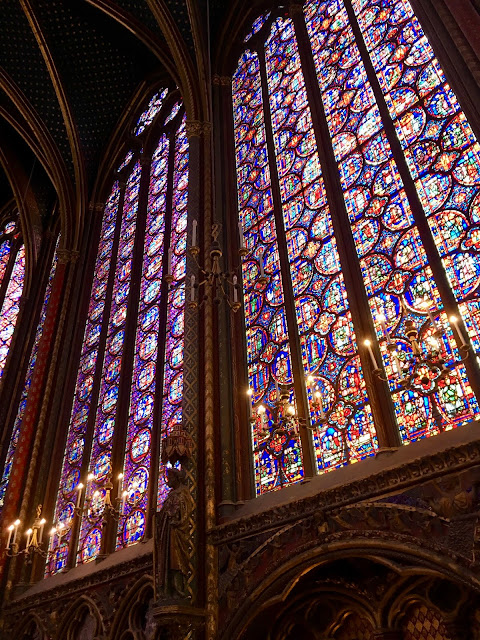 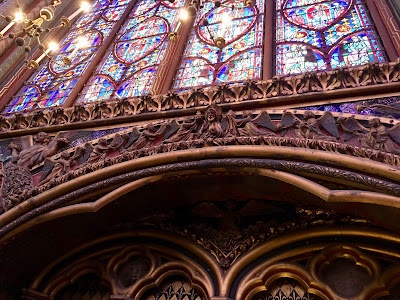 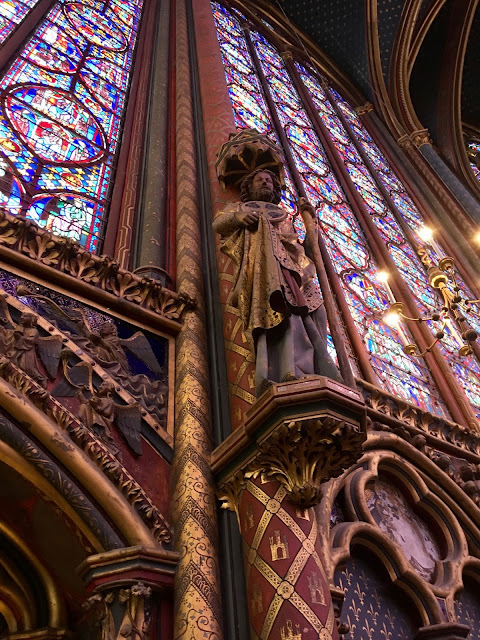 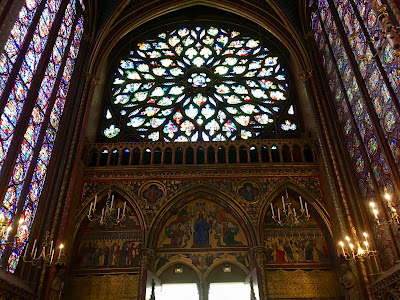 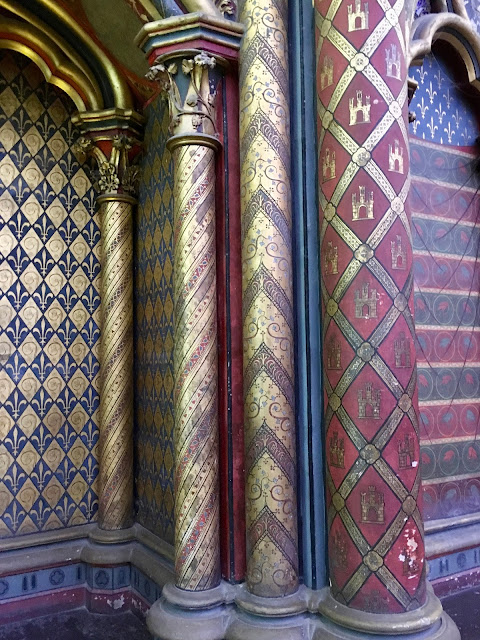 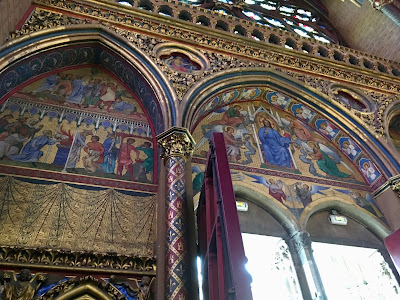 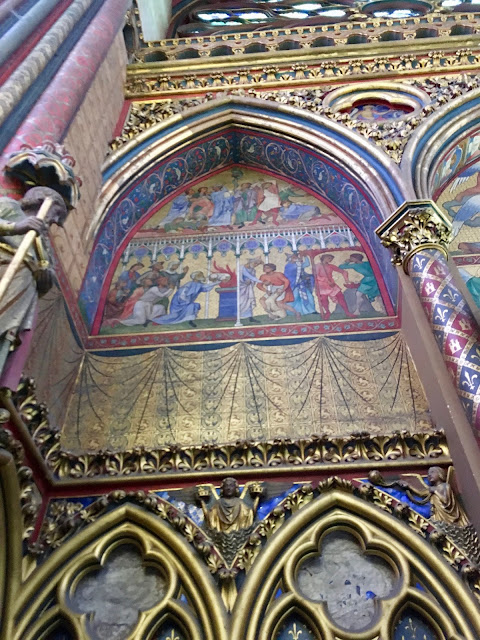 There is a balcony on the second level that offers incredible views of the interior, although nearly every tourist must jockey for a position! 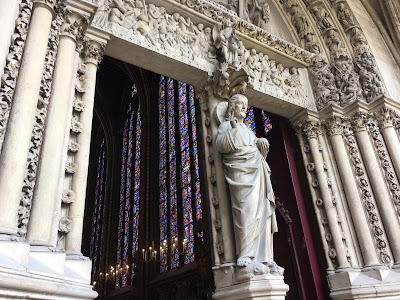 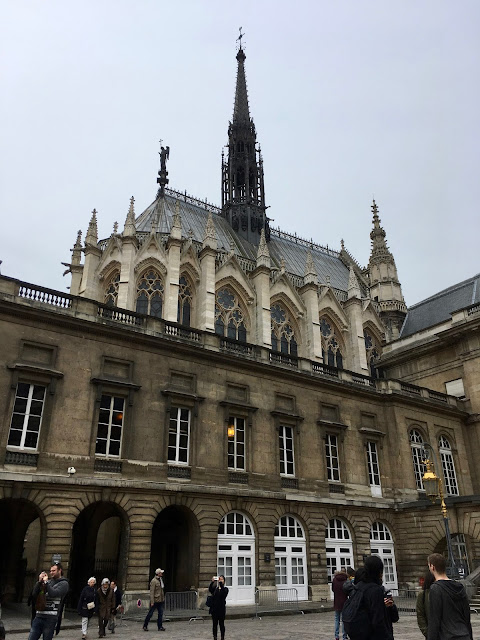 As an added bonus there is a screen on the second level showing the process of the restoration of the stained glass windows. It took seven years to complete and the end result is stunning. Saint Chapelle is a must see while visiting Paris.